Next Friday, December 16th at the Museo Reina Sofia, representation of plays "Monologue" and "Five Sisters", by Guy de Cointet. It represents a unique opportunity to learn the work of one of the artists who best summarizes the relationship between theater and contemporary art from the sixties. 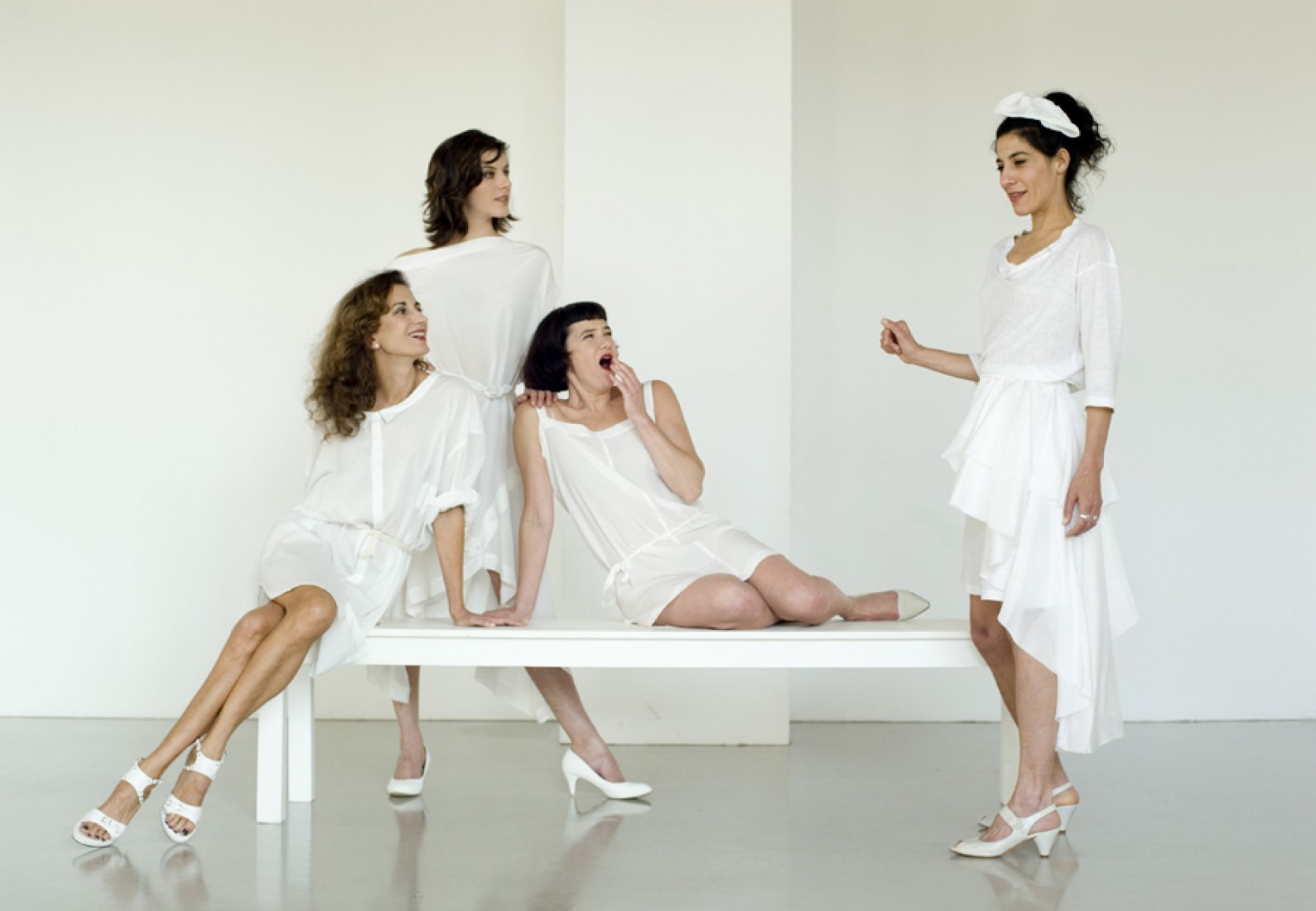 From the late 1960s until his untimely death in 1983, French-born artist Guy de Cointet was an influential member of the Los Angeles art scene. De Cointet's performances are surreal sceneries in which ordinary, daily events are linked to specific objects, colours and letters – often in a lucid way, with elements from high and low culture existing alongside each other.

Five Sisters is a play that embodies the West Coast culture of health and beauty. It presents the story of five sisters, who busy themselves with the problems and pleasures of modern life on a Sunday afternoon. The California sun provokes their reactions, emotions and moods. With Five Sisters, de Cointet explored the affective wellbeing of five women who have changing, restless, encounters in their parental home, discussing issues of wardrobe, suntan, health, exotic holidays, work and painting (one of the sisters is an artist). The often absurdist content and collage-like structure of the text, and the quick pace of the sisters' meetings on stage all point to the influence of de Cointet's hero Raymond Roussel, and to his love for soap opera - a genre that was widely available to him in LA.

Five Sisters is the last performance that was staged during Guy de Cointet’s lifetime and marks a departure from his earlier work in its attention to light as the main catalyst of emotion. Guy de Cointet collaborated with the sculptor Eric Orr (1939-1998) who created the lighting, set design and part of the sound, and with the musician Joseph Hammer.In the new production, the light and sound plan are reconstructed by Orr's daughter Elizabeth Orr. The performers are dressed by Monique van Heist.

Performance in Residence
This staging of Five Sisters is the result of a research project conducted by art historian Marie de Brugerolle, as part of If I Can’t Dance’s programme Performance in Residence. With this programme, If I Can’t Dance aims to research performances as case studies and proposes to connect archival research to practice. If I Can't Dance wants to offer researchers a context for in-depth study into performances that we consider important from an art historical perspective, as well as from the point of view of contemporary practice in performance. It differs from academic research in its intention to directly connect archival research to the practice of production and (re)creation.

Guy de Cointet (Paris, 1934 - Los Angeles, 1983) moved from Paris to New York in 1965 and then to Los Angeles in 1968. From the sixties until his untimely death in 1983, this French-born artist was an influential figure in the art scene in Los Angeles. Their representations are linguistic landscape in which everyday events are linked to certain objects, colors and letters.

As a Frenchman living in the U.S., was a perfect Cointet observer of the society of entertainment. His literary works are a puzzle inspired by the work of Raymond Roussel and the tropes of American soap operas. In his study investigated the boundaries between high and low, performance and sculpture, theater and everyday life. Five Sisters is the last work that was staged over the life of Cointet and marks a departure from his previous work with attention to light as the main catalyst of emotion. It collaborated with the sculptor Eric Orr who created the lighting, set design and some of the sound, and with musician Joseph Hammer.