On Wednesday July 10, photographer Camilo Jose Vergara was awarded by the president of the United States, Barack Obama, along with 22 other professionals (playwrights, architects, filmmakers, historians, poets, etc.) by his brilliant work for four decades documenting with his camera urban and social changes in the poorest and most depressed areas of the United States. 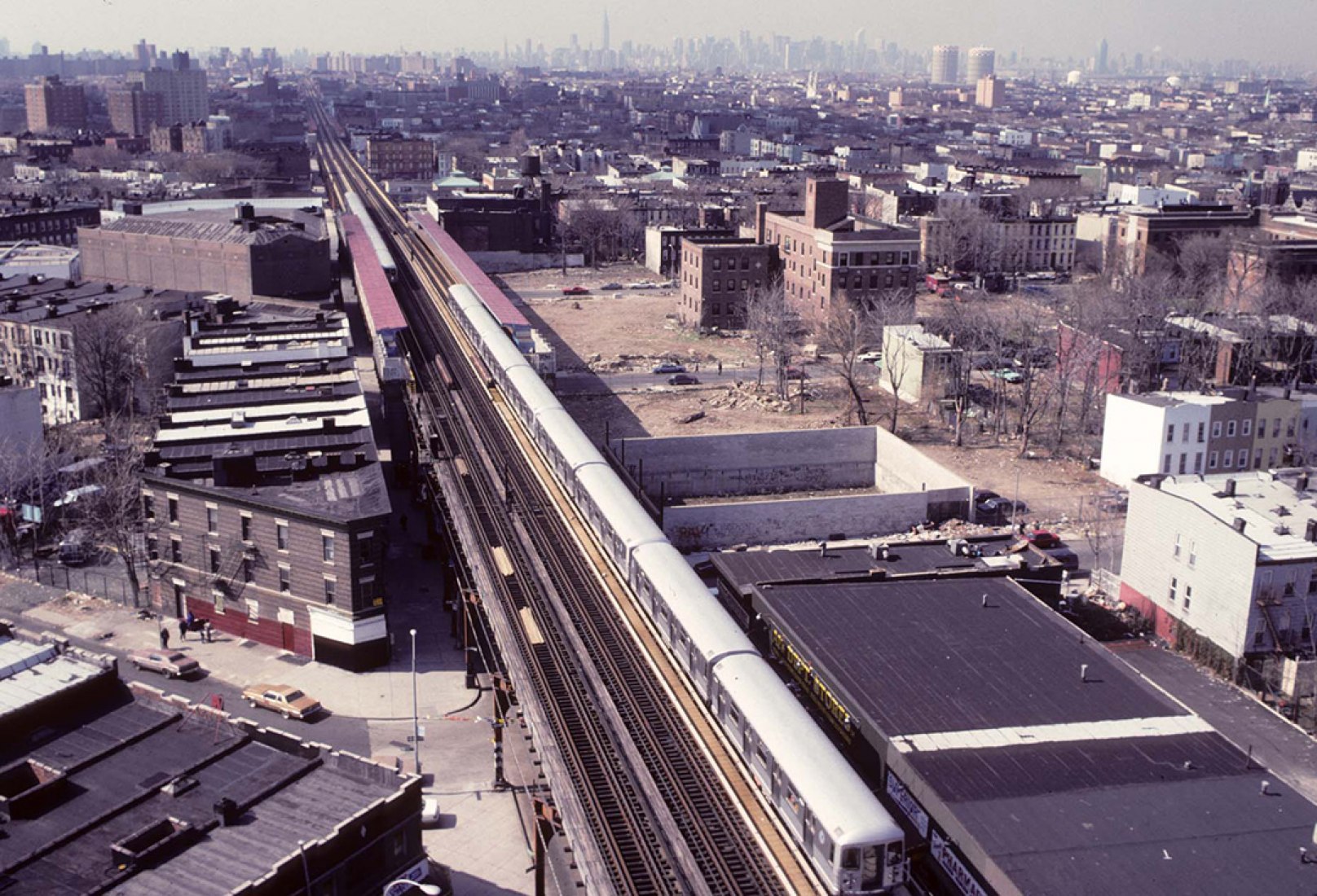 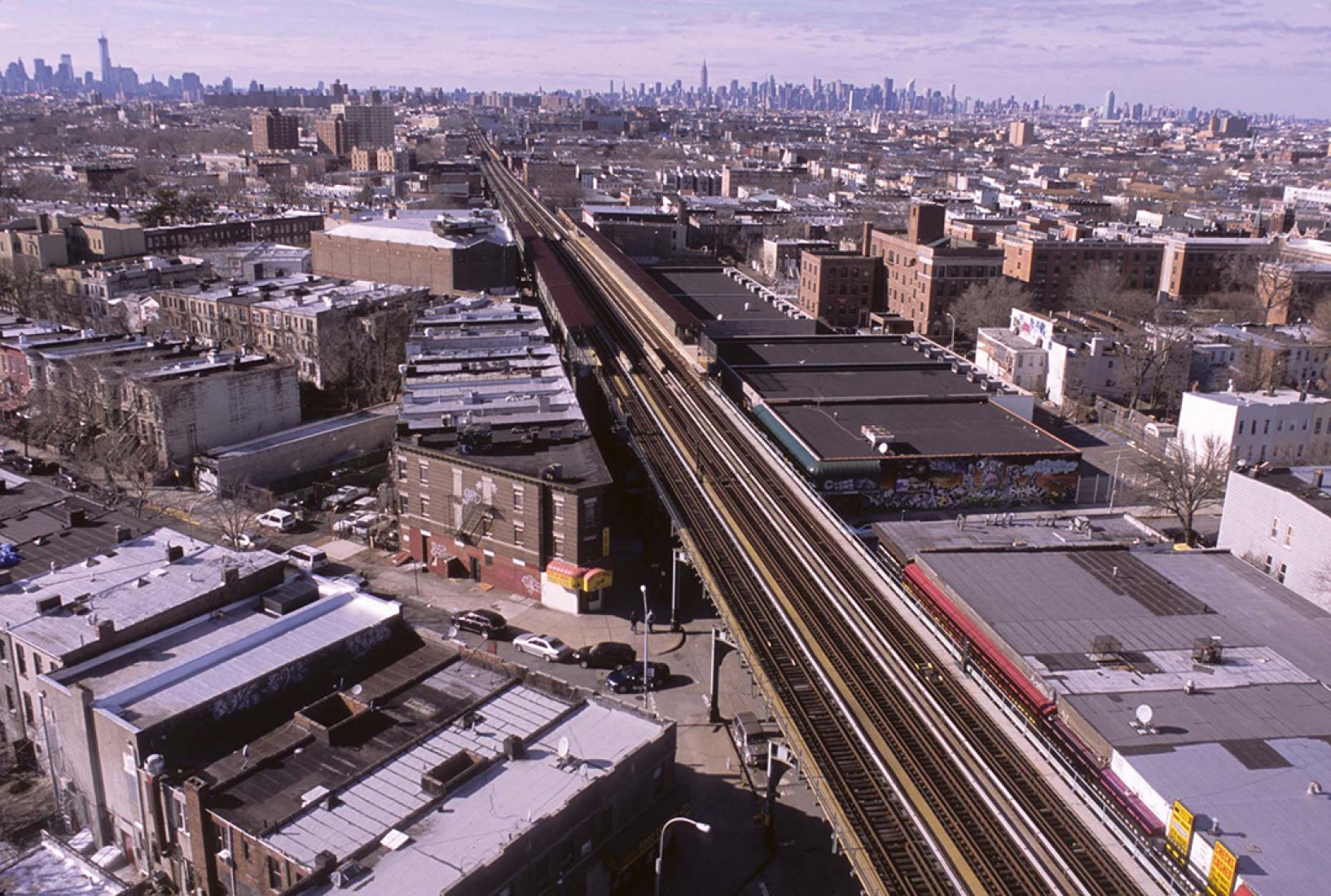 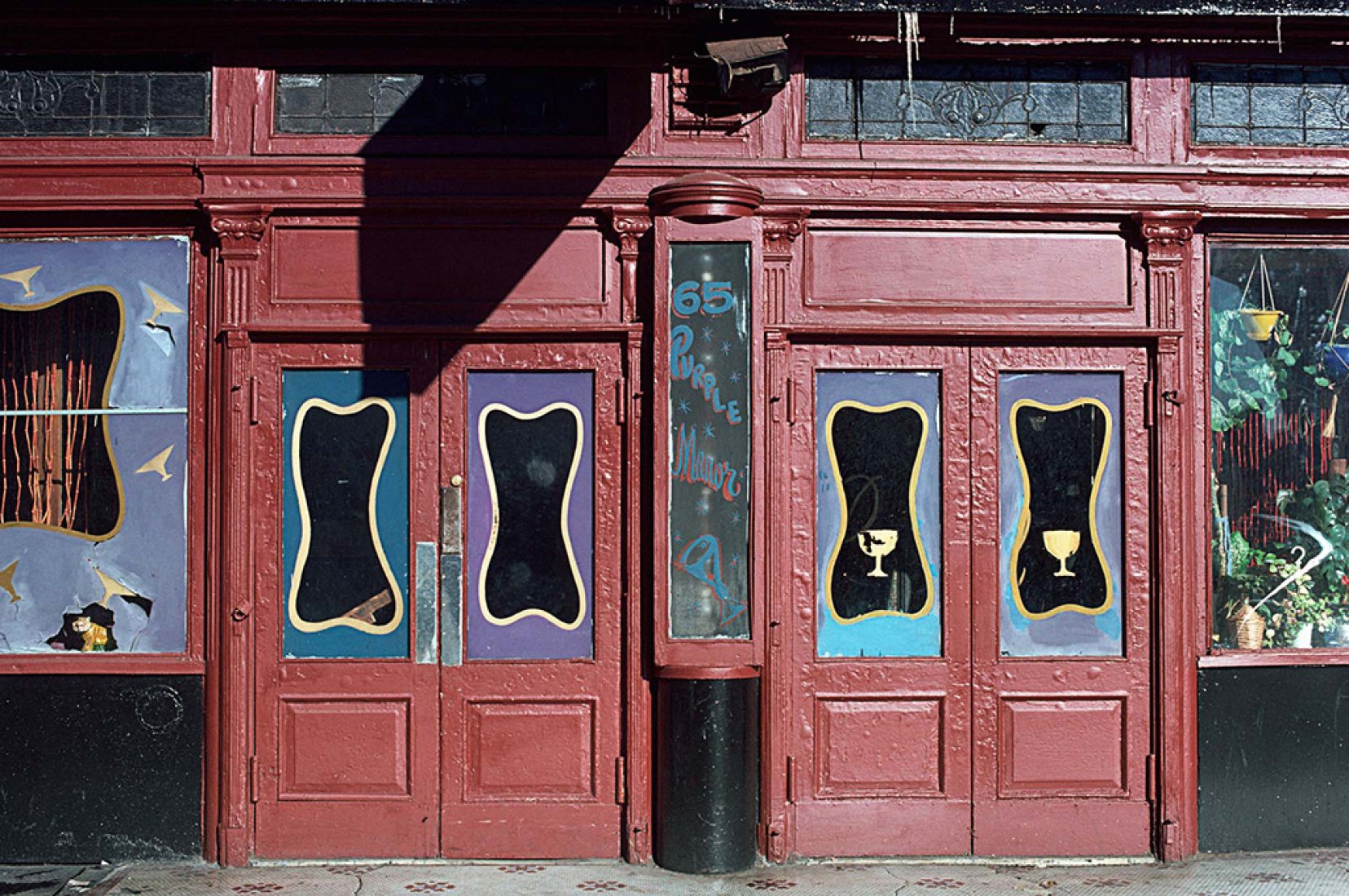 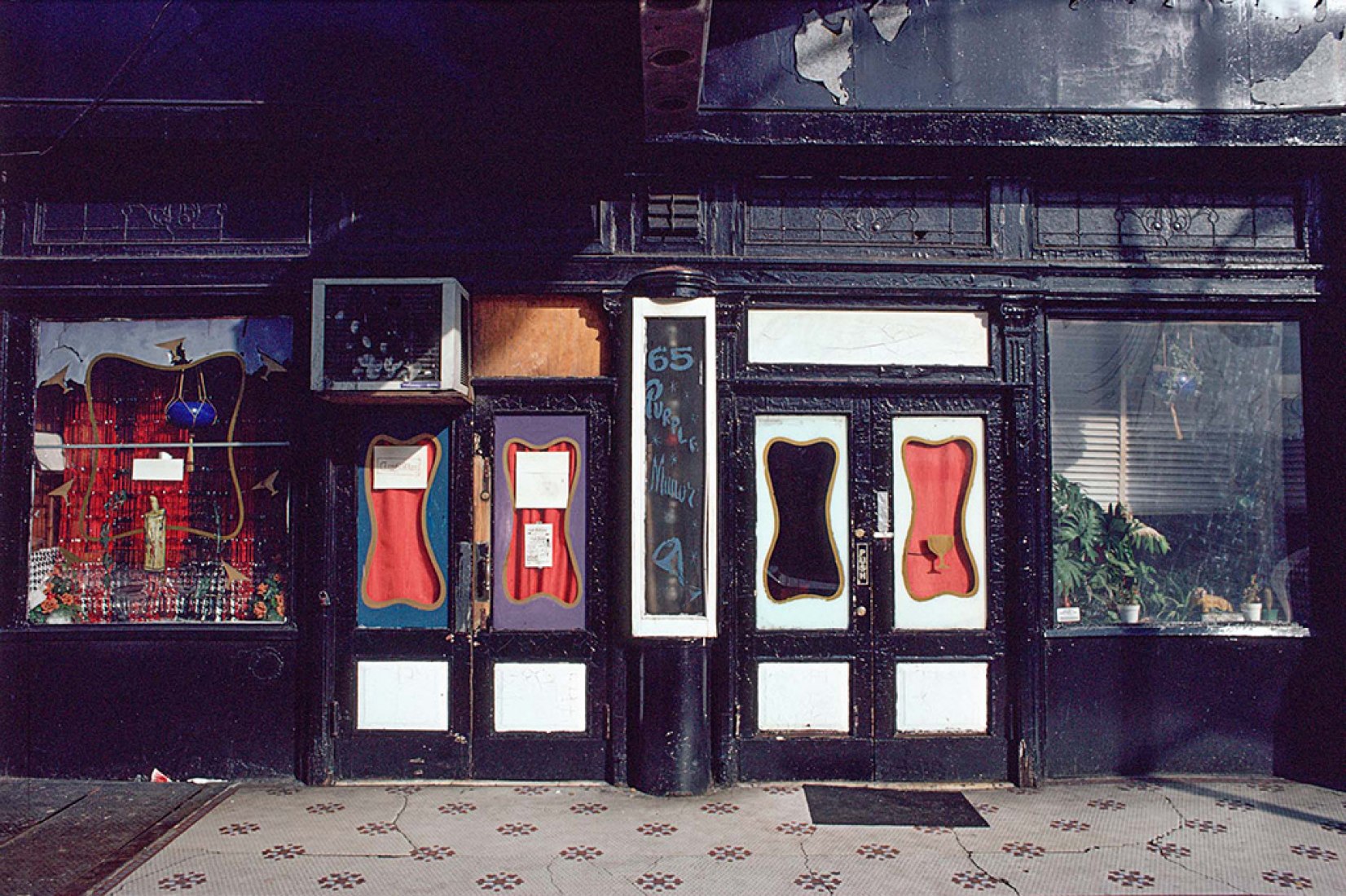 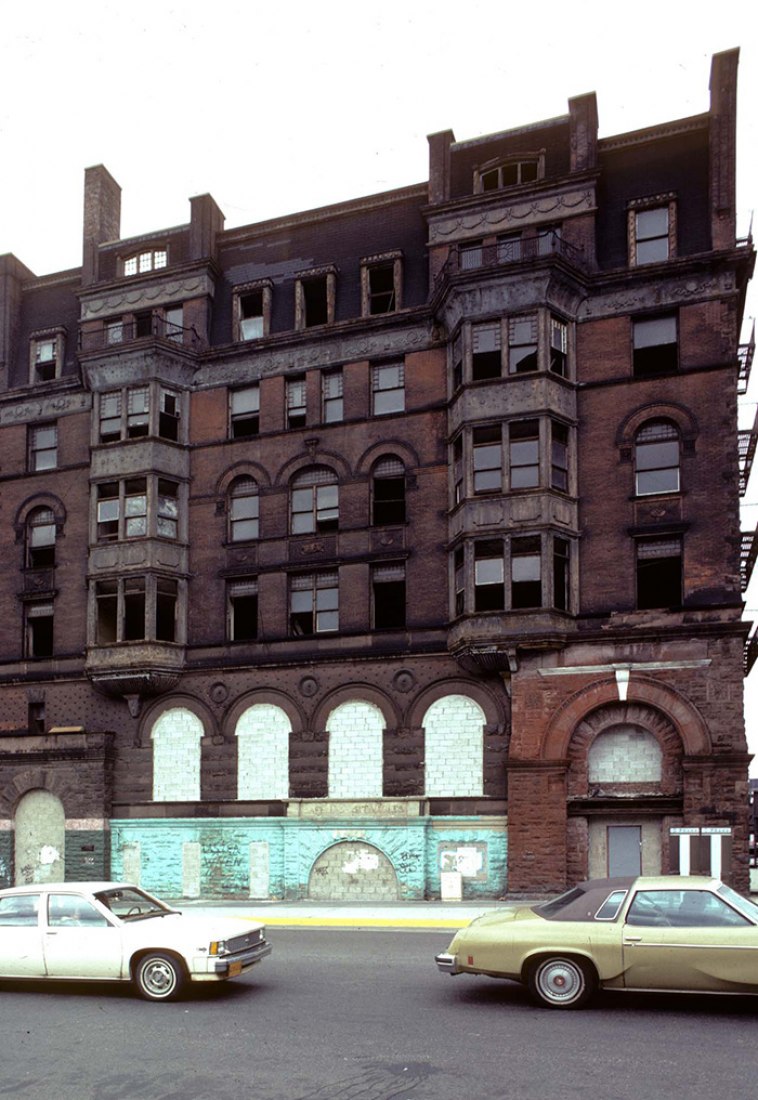 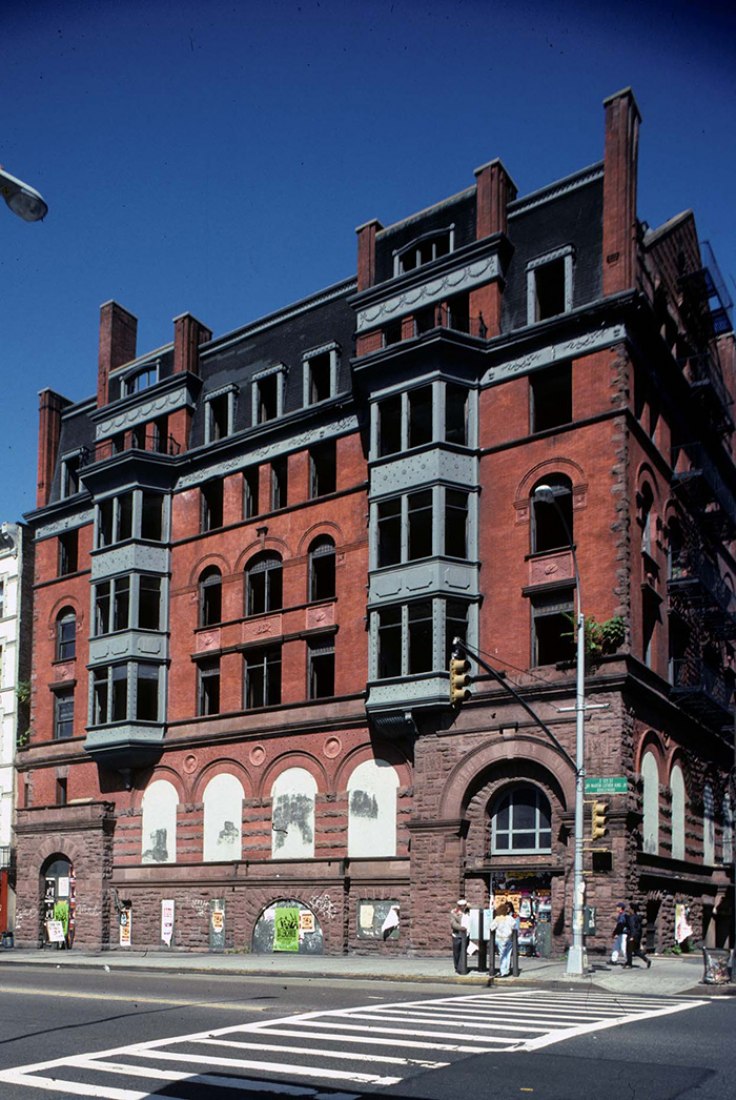 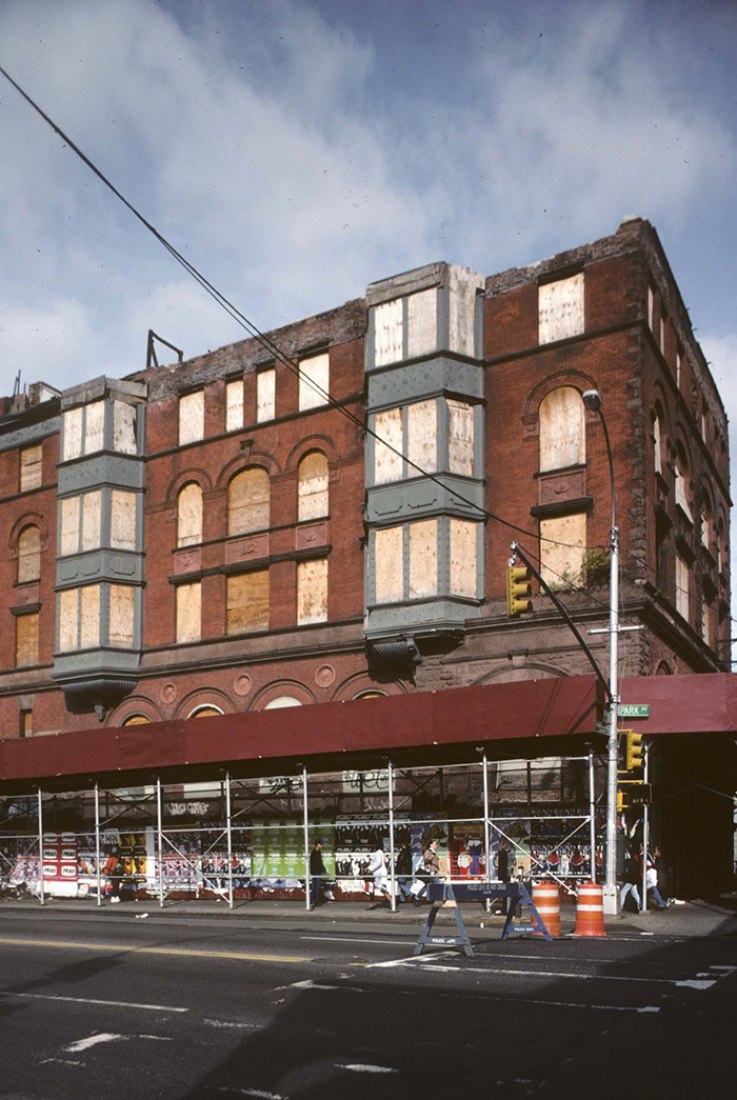 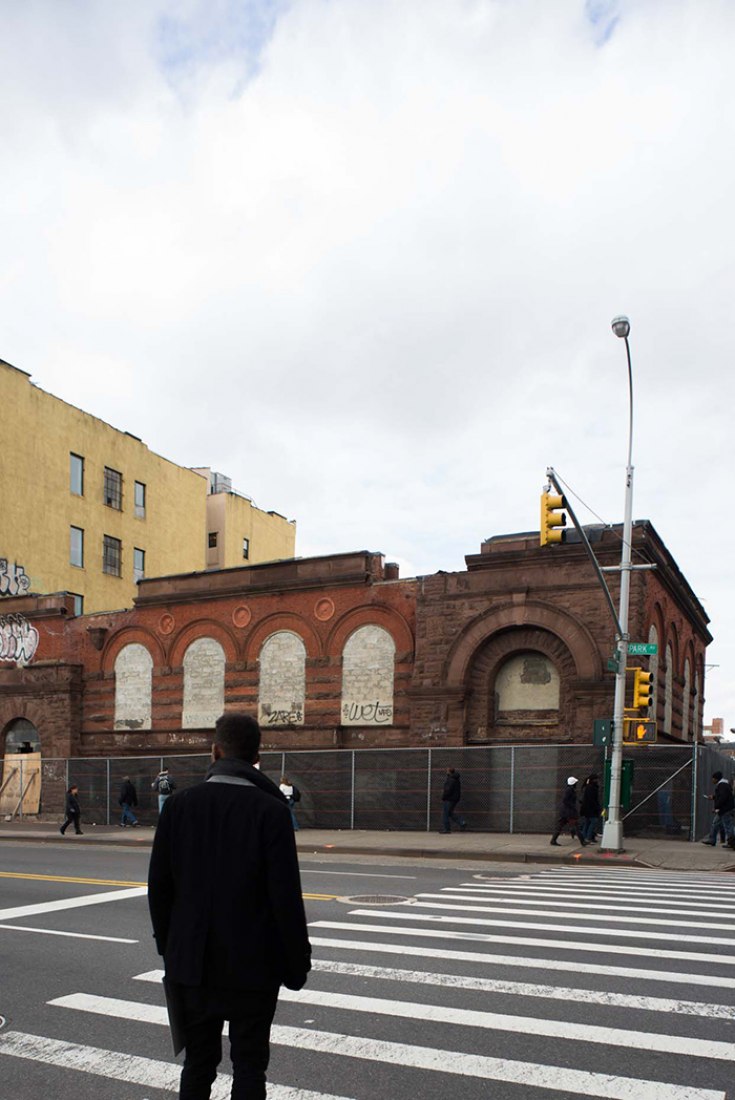 “I am a builder of virtual cities. I think of my images as bricks that, when placed next to each other, reveal shapes and meanings of neglected urban communities.”

Resident in the United States for decades, his work has always been quiet and it has happened on this occasion with the prize (the National Humanities Medal) awarded by Barack Obama (it was barely referenced in traditional mass media). When I was teaching in Barcelona I introduced the work by this Chilean photographer on many occasions. I descovered his work through a museum exhibition in MACBA, Barcelona, a retrospective entitled "The New American Ghetto." And although in Madrid was not well known, in Alcalá I was discovered that Daniel Zarza is his friend and we invite twice.

Vergara does not disappoint in person, speaking slowly as if trying not to forget your native language, the Spanish, and he speaks about his amazing work with the ease of someone who has spent four decades convinced of the value of his work. He was the first to come to Detroit, others photographers following his steps and they arrived to the city searching the ruins of our contemporaneity, but none have devoted so much time and passion to the realization of their bright and remarkable photographs. Camilo Jose Vergara has a highly recommended website with an interesting selection of over 2,500 images, where you can read a statement of intent on his job.

“For more than four decades I have devoted myself to photographing and documenting the poorest and most segregated communities in urban America. I feel that a people’s past, including their accomplishments, aspirations and failures, are reflected less in the faces of those who live in these neighborhoods than in the material, built environment in which they move and modify over time. Photography for me is a tool for continuously asking questions, for understanding the spirit of a place, and, as I have discovered over time, for loving and appreciating cities.

My focus is on established East Coast cities such as New York, Newark and Camden; rust belt cities of the Midwest such as Detroit and Chicago; and Los Angeles and Richmond, California. I have photographed urban America systematically, frequently returning to re-photograph these cities over time. Along the way I became a historically conscious documentarian, an archivist of decline, a photographer of walls, buildings, and city blocks. Bricks, signs, trees, and sidewalks have spoken to me the most truthfully and eloquently about urban reality.

I did not want to limit the scope of my documentation to places and scenes that captured my interest merely because they immediately resonated with my personality. In my struggle to make as complete and objective a portrait of American inner cities as I could, I developed a method to document entire neighborhoods and then return year after year to re-photograph the same places over time and from different heights, blanketing entire communities with images. Studying my growing archive, I discover fragments of stories and urban themes in need of definition and further exploration. Wishing to keep the documentation open, I include places such as empty lots, which as segments of a sequence become revealing. I observe photographic sequences to discover how places evolve, and to formulate questions. I write down observations, interview residents and scholars, and make comparisons with similar photographs I had taken in other cities. Photographs taken from different levels and angles, with perspective-corrected lenses, form a dense web of images, a visual record of these neighborhoods over time.” 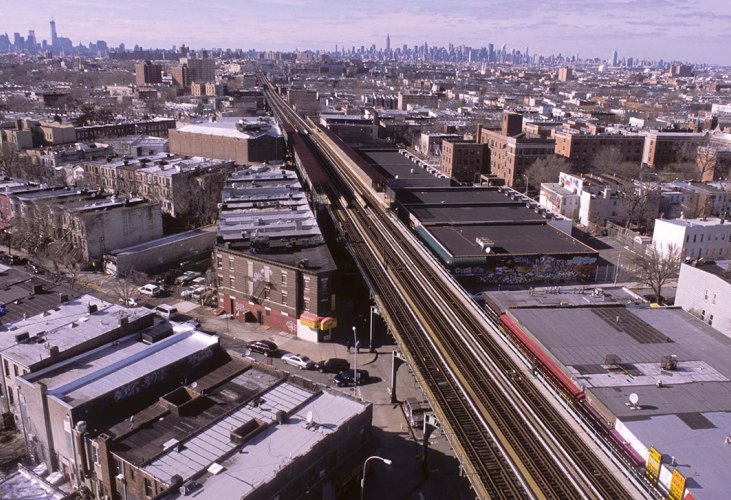 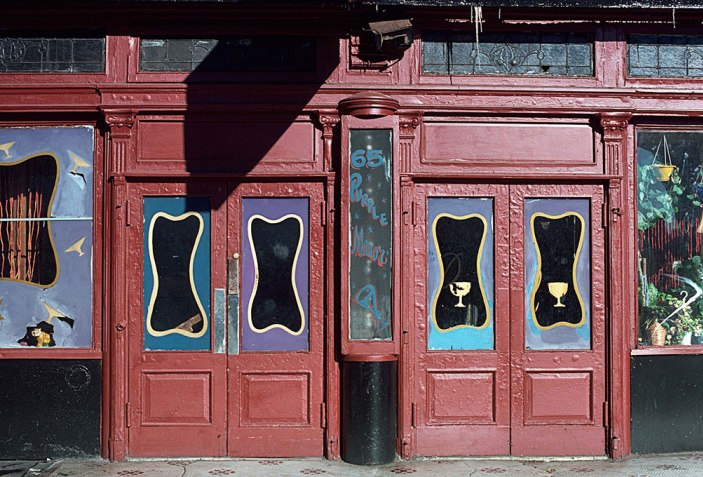 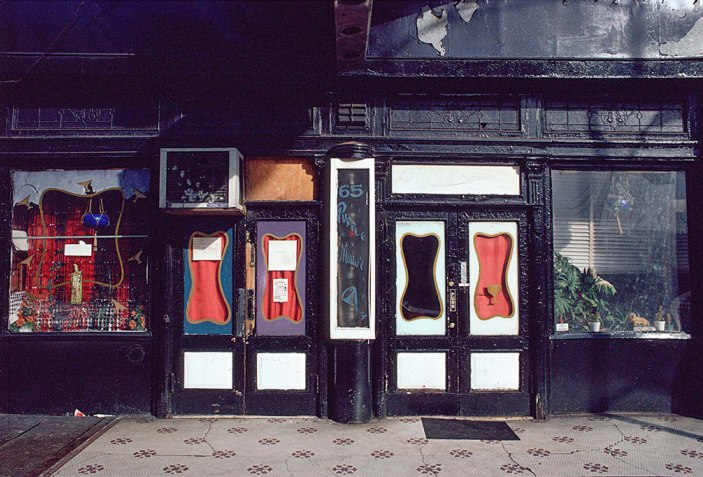 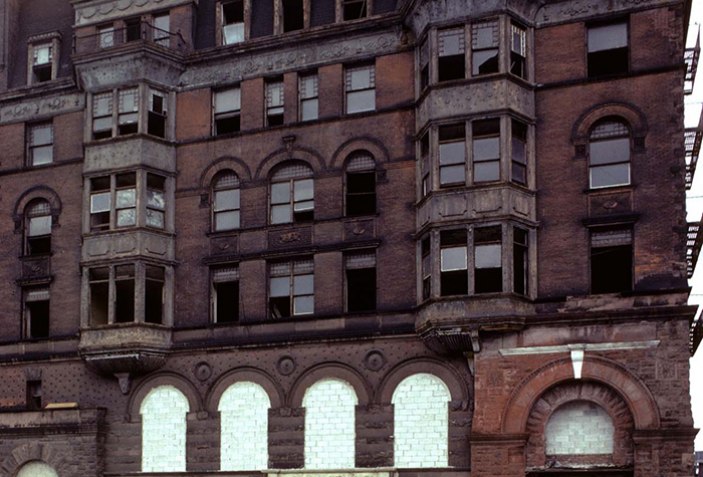 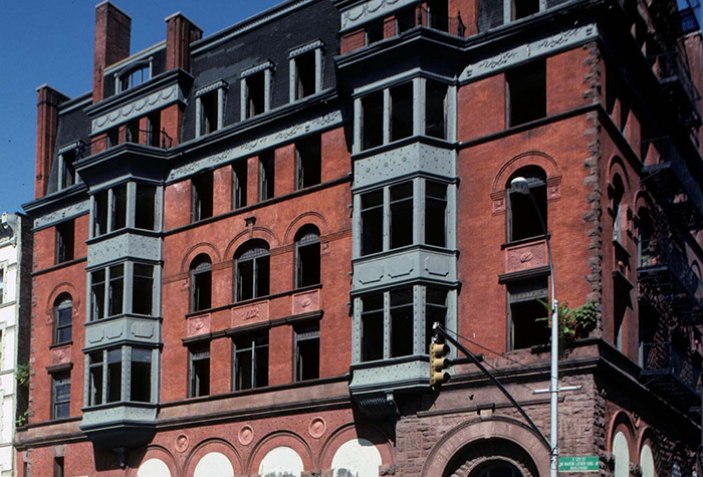 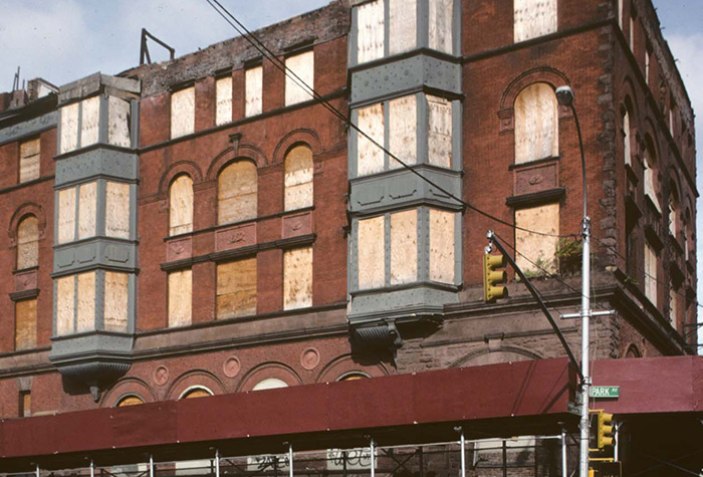 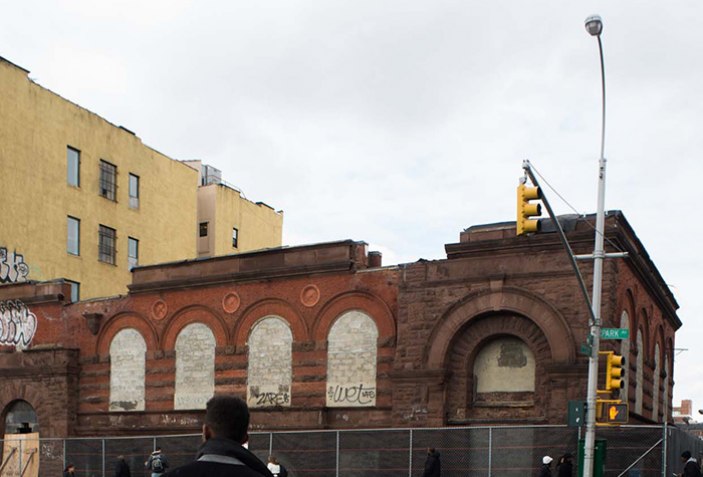 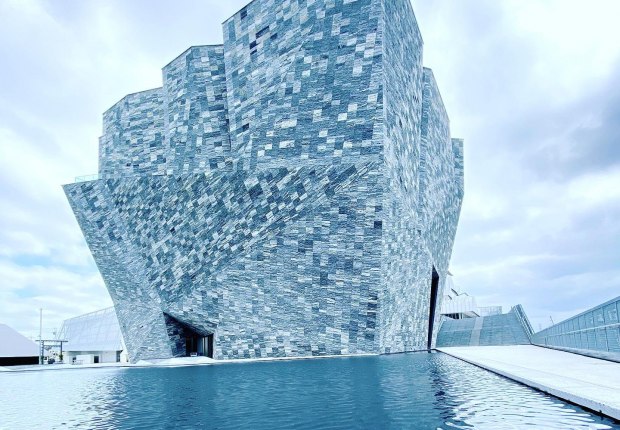 Next opening of the new Kadokawa Culture Museum by Kengo Kuma 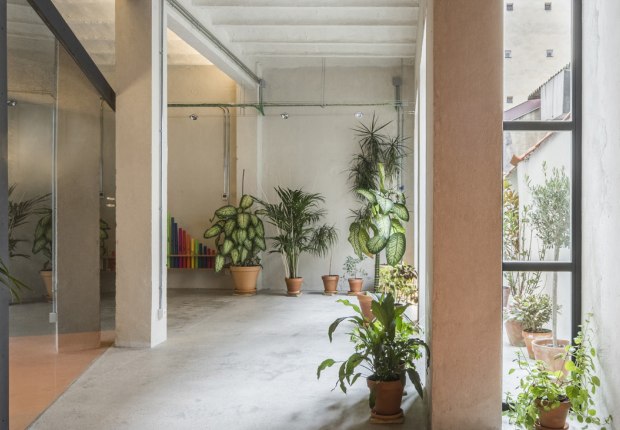 A music school that encourages the imagination. Yoglar by Jerez Arquitectos and Leal 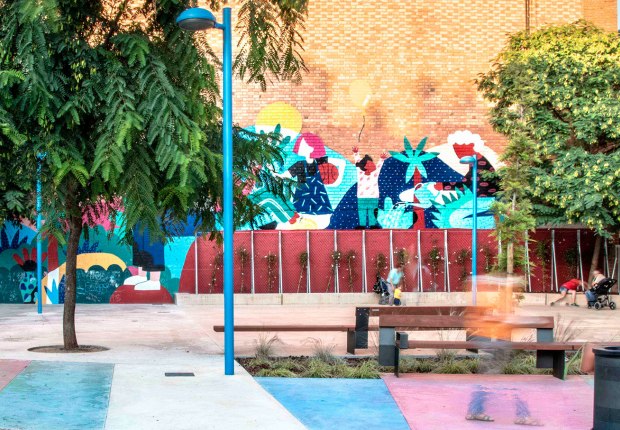 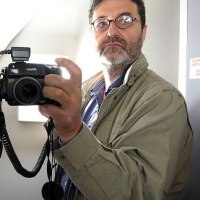 Camilo José Vergara (born 1944) is a Chilean-born, New York-based writer, photographer and documentarian. He was born in Santiago, Chile. Vergara began as New York street photographer in the early '70s. This work changed significantly in the middle 1970s, when graduate work in sociology at Columbia University increasingly sensitized him to the complexities of environmental influences on social behavior.

Beginning with his project "The New American Ghetto", Vergara has been compared to Jacob Riis for his photographic documentation of American slums and decaying urban environments. Beginning in the 1980s, Vergara applied the technique of rephotography to a series of American cities, photographing the same buildings and neighborhoods from the exact vantage point at regular intervals over many years to capture changes over time. Trained as a sociologist with a specialty in urbanism, Vergara turned to his systematic documentation at a moment of extraordinary urban stress, and he chose locales where that stress seemed highest: the housing projects of Chicago; the South Bronx of New York City; Camden, New Jersey; and Detroit, Michigan, among others.

Vergara's work was the subject of a 1999 exhibit at the National Building Museum, "El Nuevo Mundo: The Landscape of Latino Los Angeles." The exhibit was shown later in 1999 at the Cooper-Hewitt, National Design Museum, Smithsonian Institution. "The New American Ghetto", an earlier exhibition, opened at the National Building Museum and was later shown at The Municipal Arts Society in New York City. After the publication of his second major work, American Ruins, Vergara's reputation was fully established; he won a MacArthur Foundation "genius grant" in 2002 and served as a fellow at the Mid-Atlantic Regional Center for the Humanities (MARCH) at Rutgers University in 2003/2004.

His work has been published in seven books. His Harlem: The Unmaking of a Ghetto, scheduled for release in the Fall of 2013 by the University of Chicago Press, uses photographs made over decades in that iconic Manhattan community, and the visual. social and cultural effects of gentrification on what was historically among the richest repositories of African-American culture in the urbanized North.

In 2010, Vergara was rewarded a Berlin Prize fellowship and spent the academic spring semester 2010 at the University. On July 10, 2013, Vergara received the National Humanities Medal from President Barack Obama in a ceremony at the White House. 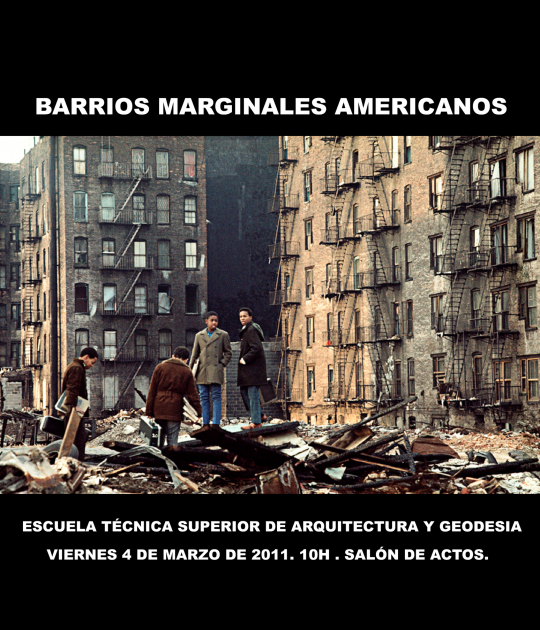 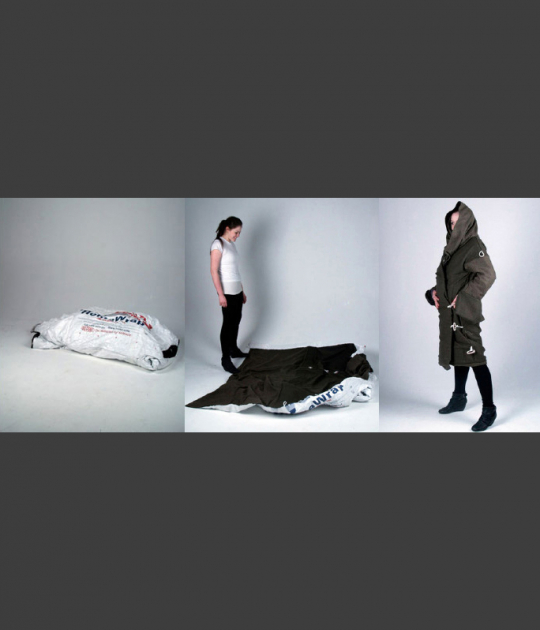 "A Coat to Help Detroit's Homeless" 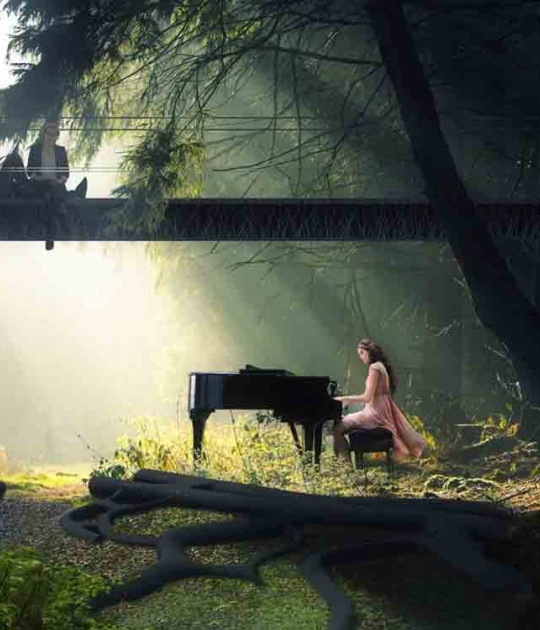 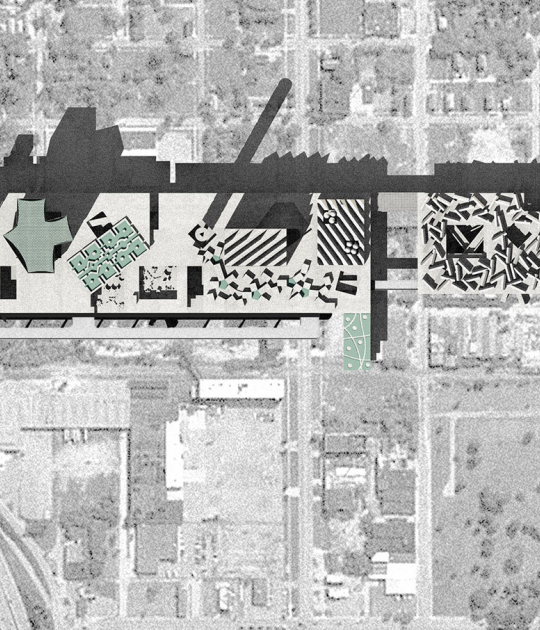 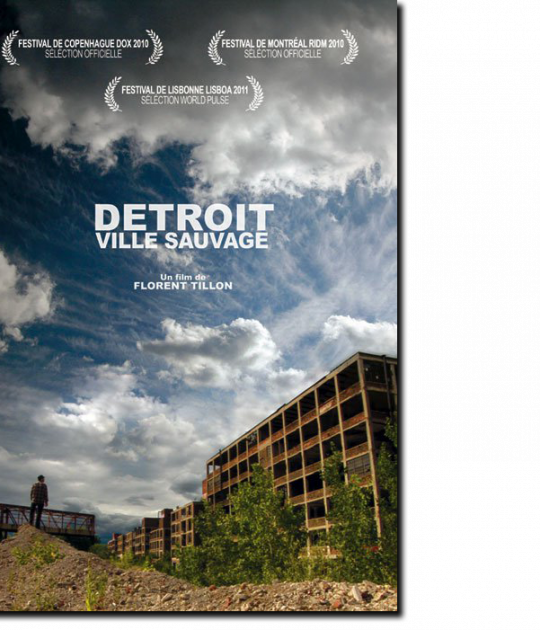