Yesterday were announced the winners of the open design contest for the new School of Architecture of Aarhus, Denmark. The three winners will face the three proposals selected last fall in the restricted contest, the ones by SANAA, Lacaton & Vassal and BIG. 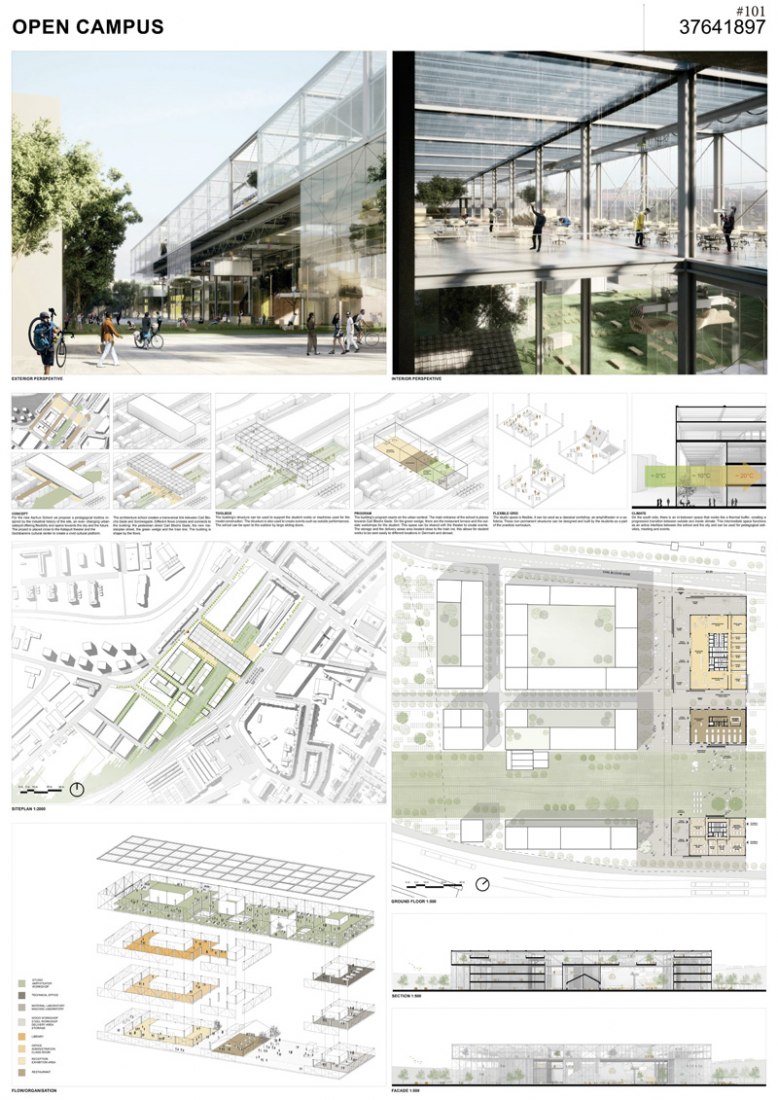 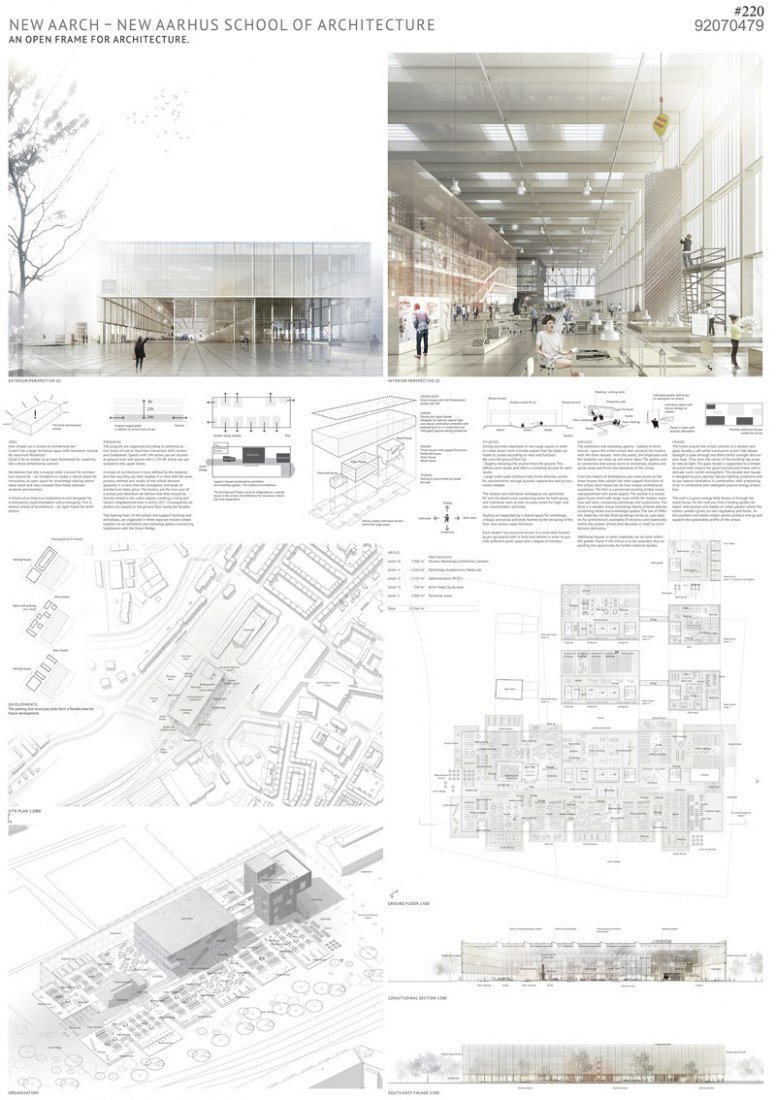 AN OPEN FRAME FOR ARCHITECTURE by Atelier Lorentzen Langkilde.Images courtesy of Aarhus School of Architecture. 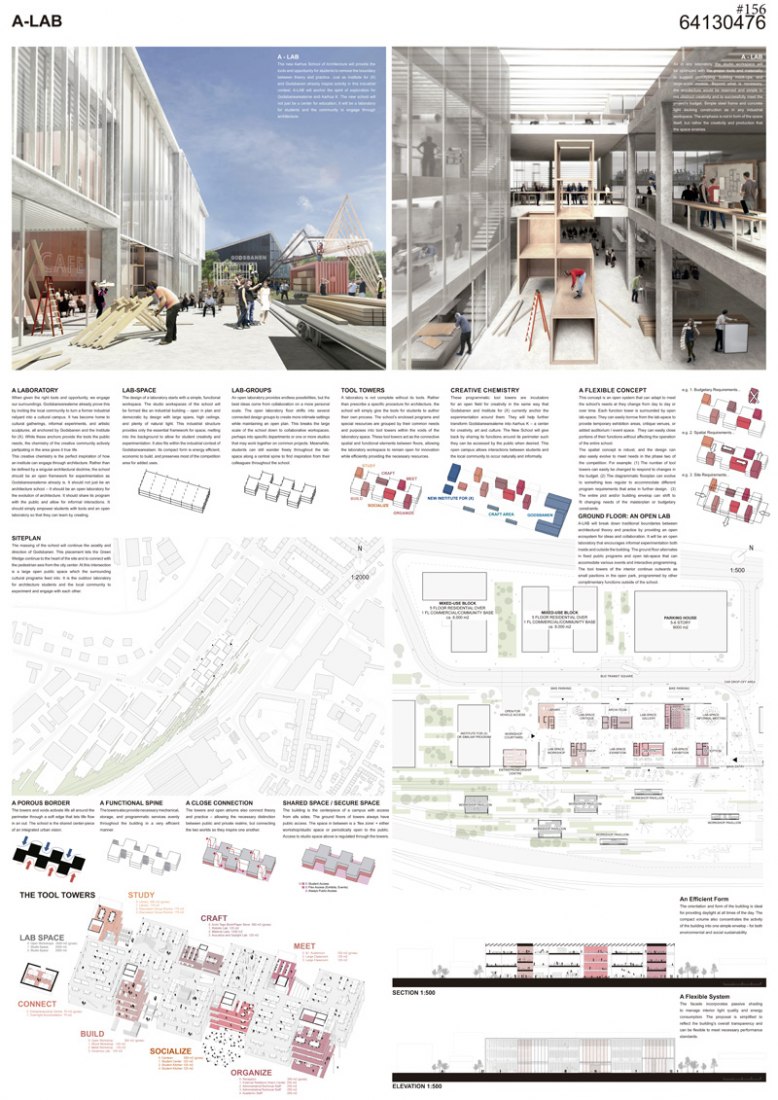 The School of Architecture in Aarhus, after 50 years at its current location, has decided to move to the area Godsbanearealerne in the center of the city and build new, more flexible and larger facilities. The open competition has received 230 proposals from around the world, of which two Danish offices were selected - Atelier Lorentzen Langkilde and architects Brian Vargo, Jonas & Mathias Palle Nielsen and  french office Erik Giudice Architects.

The design proposal presents a clear and convincing location in a public context. The conceptual approach embodies the idea of the future school as a tool box - an open structure - which is general in many ways and allows for change.

The architectural solution follows a clear structural principle that leaves an elegant and distinctive impression. Site logistics are rooted in industrial rationality with a regular, structurally flexible grid of clear zones. The concept is enhanced by differentiated climate zones in the building and large south-facing sliding doors that support and facilitate the connection between indoor and outdoor areas.

Summary: in the context the proposal functions in a way that is both effortless and clear, providing structure to the urban landscape in a refined way. The building itself has a distinct architectural character with evident qualities. However, the way internal functions are arranged suggest a challenge that has to be dealt with in the next phase. all things considered, open campus is, however, a fascinating edifice.

Summary: the concept needs to be enhanced and developed in relation to the. Site plan but the jury finds that the convincing architectural statement is sufficiently strong to withstand this. The building itself is characterised by an architectural quality and nature that has been so carefully prepared and has such a fine compositional stature that we find that the overall architectural concept might actually be honed further based on a more compact and realistic brief from the competition initiator in the next stage.

Despite the above objections, the proposal in general represents a fascinating edifice with strong spatial relations and an interesting range of materials.

The solution presents a clear layout of the site and the public space. The basic concept is a generally open structure that provides good contact and interweaves all the layers of the proposal – in the urban space and within the building. The proposal distinguishes itself by creating a good relationship between theory and practice and between general and specific areas.

The building’s structural system seems well-considered. Its transformation into more manageable but nonetheless coherent spatial sequences is among the competition’s best attempts at making structural principles that enrich the spatial contexts.

Summary: the entry works very convincingly in the context and helps provide structure to the urban landscape in a plausible way. The architectural expression of the building, however, is somewhat anonymous, yet possesses an astounding number of qualities that might be developed further - particularly in terms of the way it is organised. The a-lab entry definitely has the potential to be developed into a sustainable school of architecture and is, in general, an interesting ‘anatomical’ solution when seen in relation to the opportunities provided by a future architectural education.

Aarhus School of Architecture.-
Ingelise Bogason, Chairman of the Board.
Torben Nielsen, Rector. 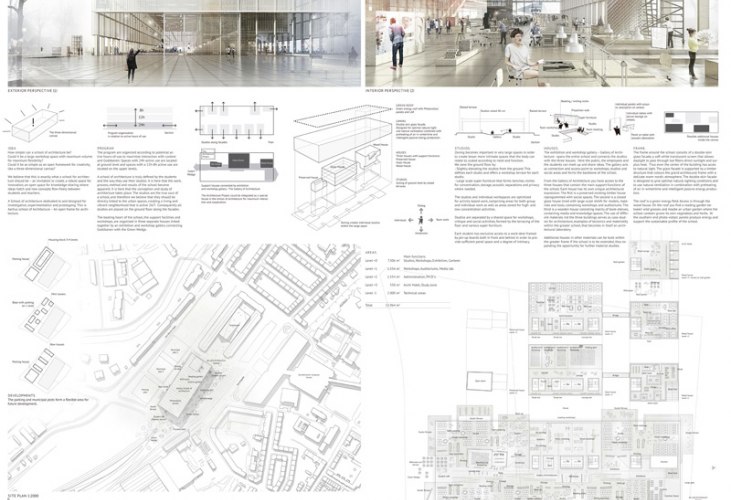 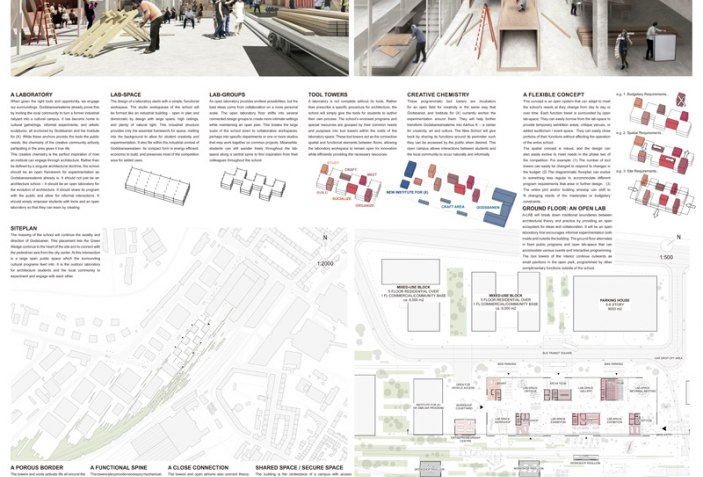 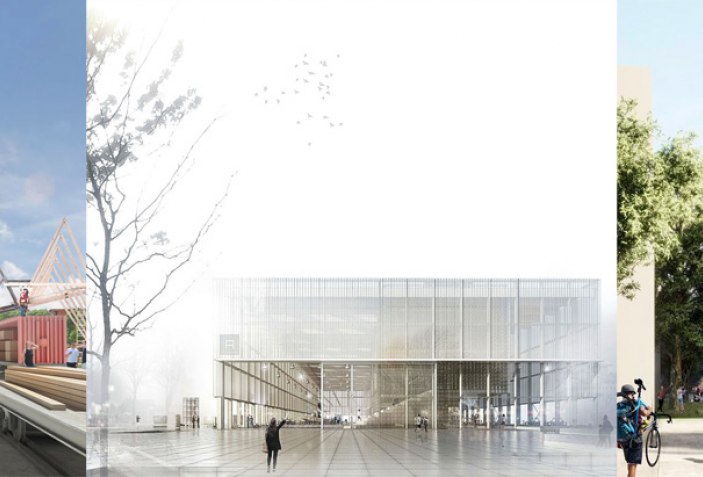 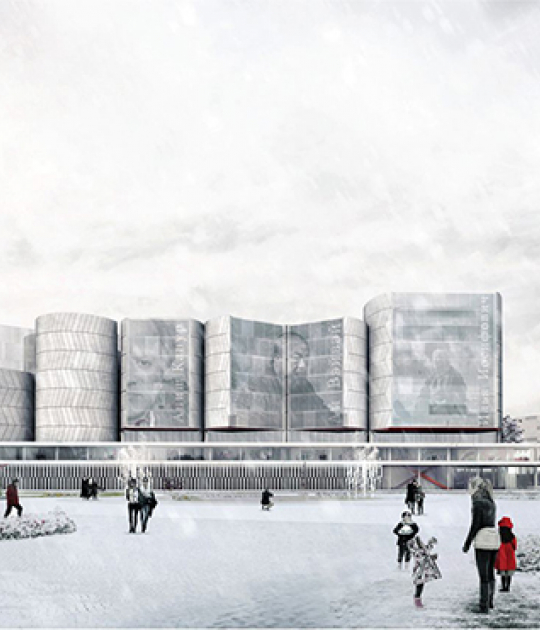 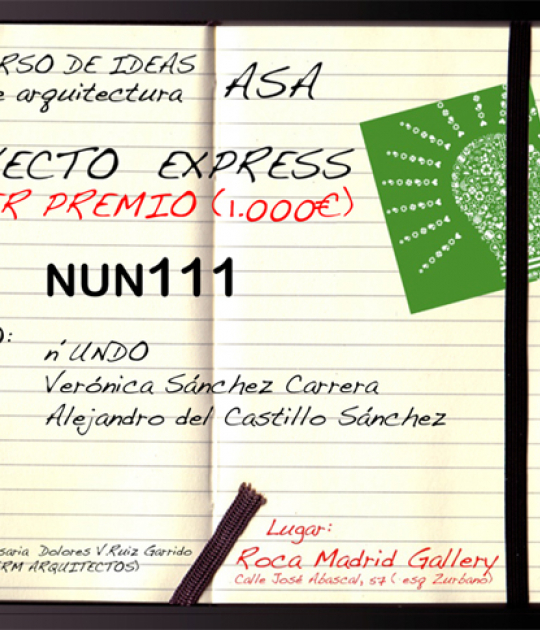 "Winners of the contest of ideas "Express Project" 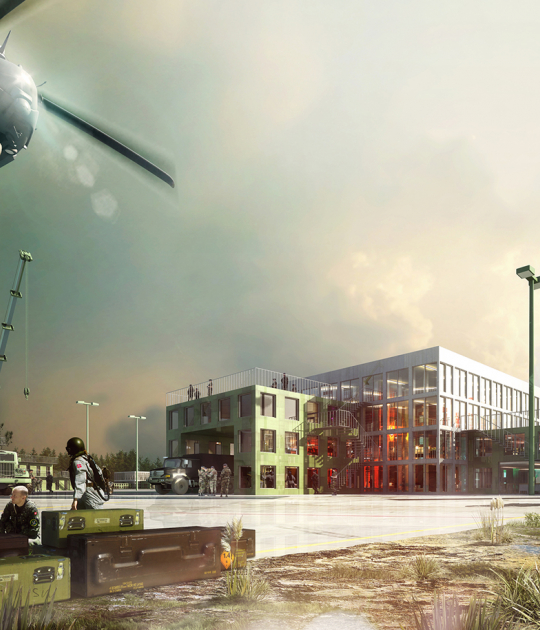 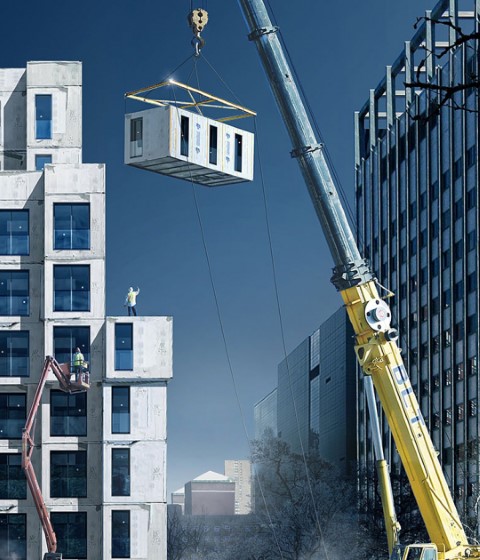 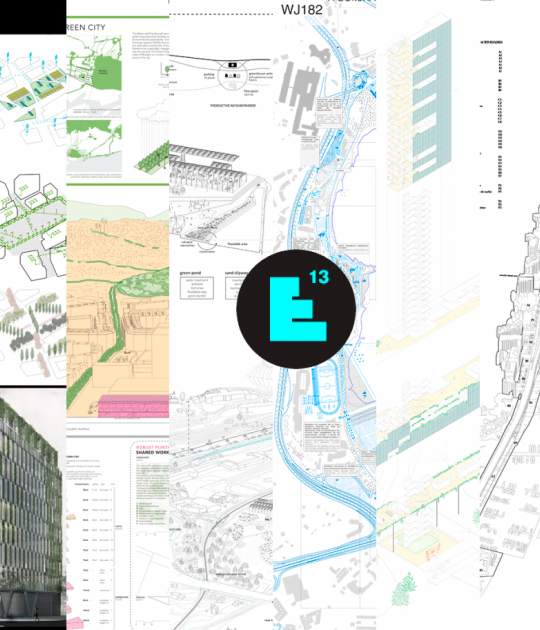