es
The winning projects of the New Concordia Island Contest have been unveiled this past weekend. The international ideas competition aims to rethink the disaster of the wrecked cruise ship Costa Concordia as exceptional opportunity to imagine the future of the wreck and that of the Italian island of Giglio which has become the ship's new, permanent destination. 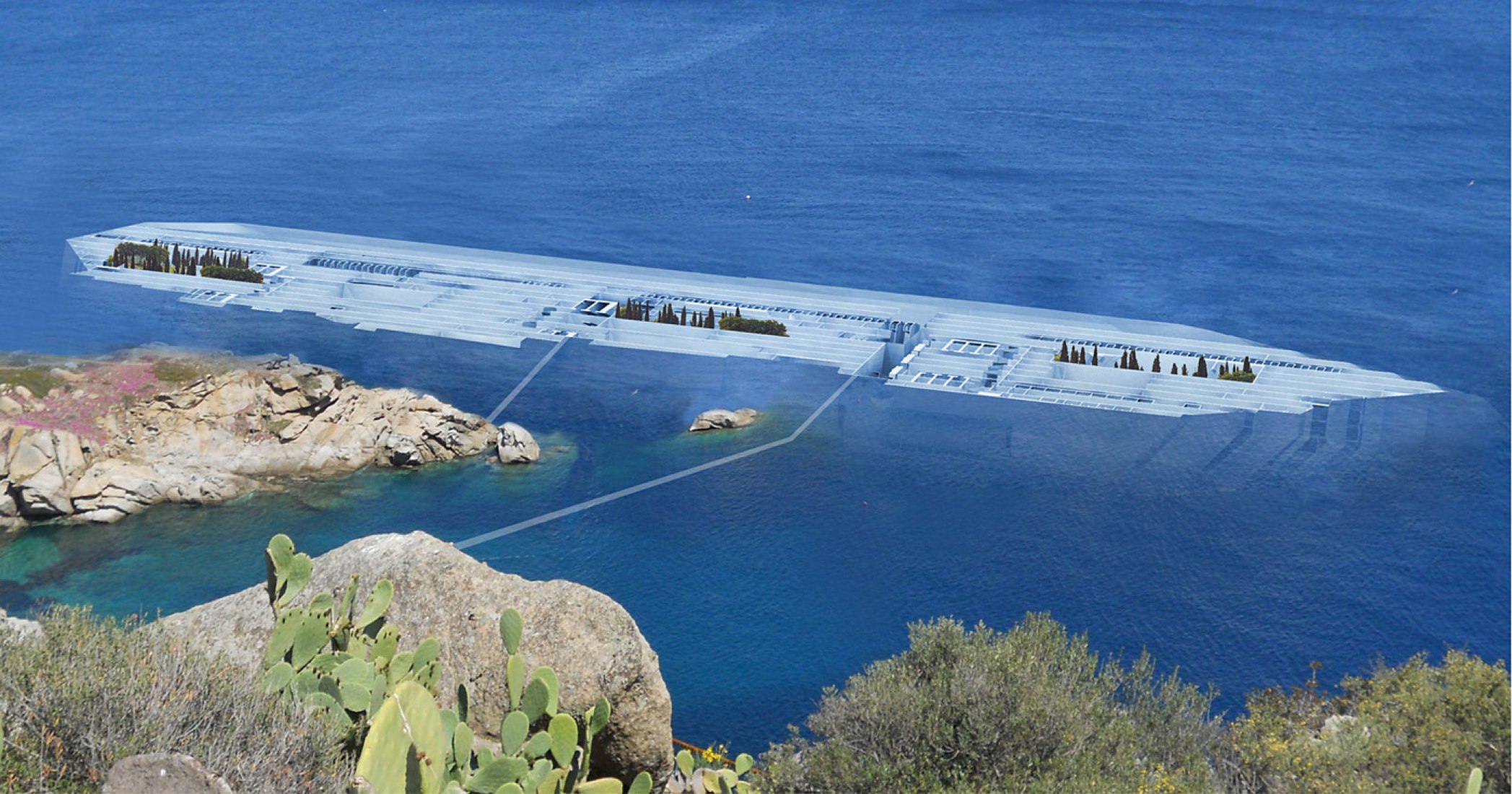 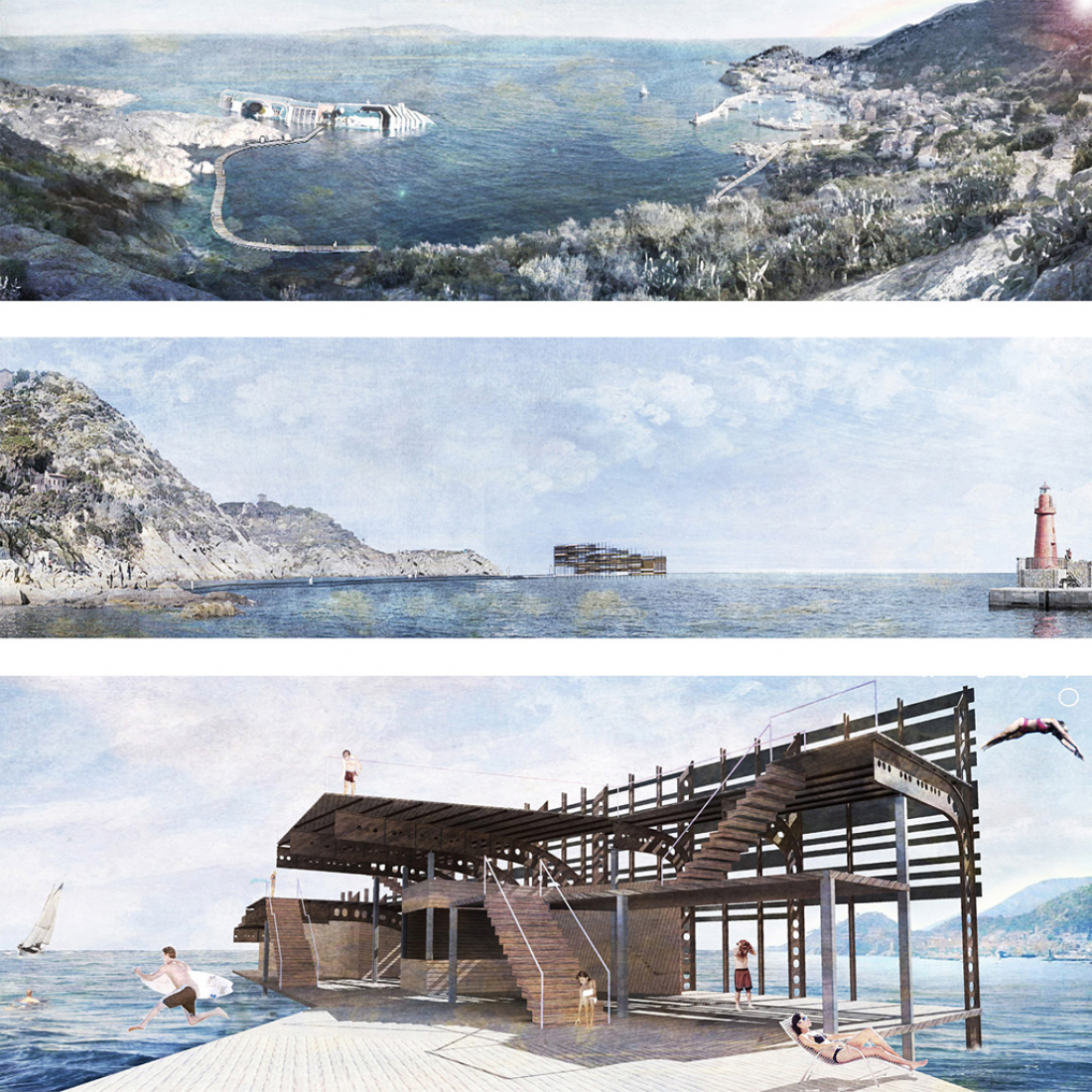 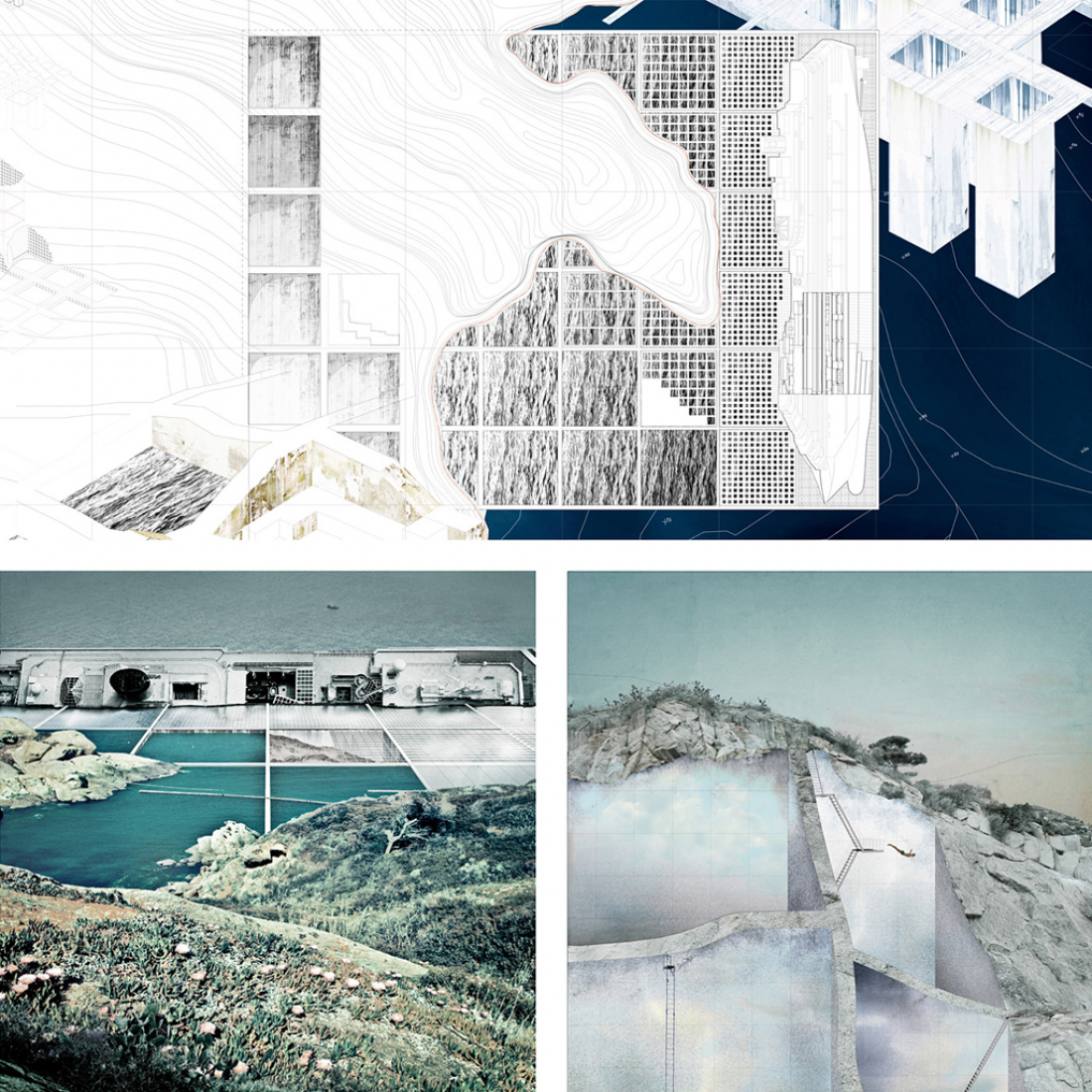 New Concordia Island Contest is also a chance to wonder about needs for architecture to build new landscapes on traces and remains of a traumatic event. As required many of the competing projects have been developed following the questions raised in the structured premises inside of the NCI Dossier.

As required, many of the competing projects have been developed following the questions raised in the competition brief, such as "How can we rethink the future of these places? How to work with the shipwreck to build a form of memory? Is there any way to reconsider the Giglio island with this new outcropping rock that has changed the coastline?." As a result, different cultural views have been expressed through differing design concepts.

The jury has selected the projects that have responded in a more comprehensive way to the questions raised by the contest, interweaving visionaries contents to pragmatic and real solutions.

These are the four winning entries:

The project deals with the themes of the transformation of the wreck by exploring the dichotomy between removal and storage. The main operation consists of the sectioning of the wreck along the line of water, keeping the immersed portion and removing the portion has emerged. The fragment immersed becomes the container of new activities and crossings of the ship among paths, tanks of water and surfaces planted. This new place of memory is directly connected to the island of Giglio through two routes suspended on the water.

The project uses the tool of section to remove the part of the ship currently emerged and the practice of disassembly to generate new surfaces of artificial reef in contact with the seabed. The removal of wreck's vertical planes reconfigures the part of ship immersed in a sequence of metal blades for the colonization of marine species. The project is powered by a reflection on the new atmospheres generated by the remains of the wreck. With the cycles of the tides the metal lines emerge on surface from the water to remind the old shape of the costa concordia reinforced by birds and insects collected in a nebula to remember the tragic event.

The project deals with the most urgent issues in a clear and precise way. From the construction of a new line of connection between the harbor and the wreck, to the configuration of a new architecture that redials some fragments and parts of the ship in order to remember the image of the wreck and the tragedy. The project is formed mainly by three phases and establishes the time of the dockyard and the staging of the processes of transformation of the wreck as well as the place of memory with the construction of volumes and platforms that offer new opportunities for uses related to activities connected with the sea.

The proposal plans a cross between a machine and geology at the moment of the accident that is a form of first trasnsformation. The project deals with the configuration of a new geological structure in which the natural water environments are tied inside of a matrix to the rock strata of the Island of GIglio. 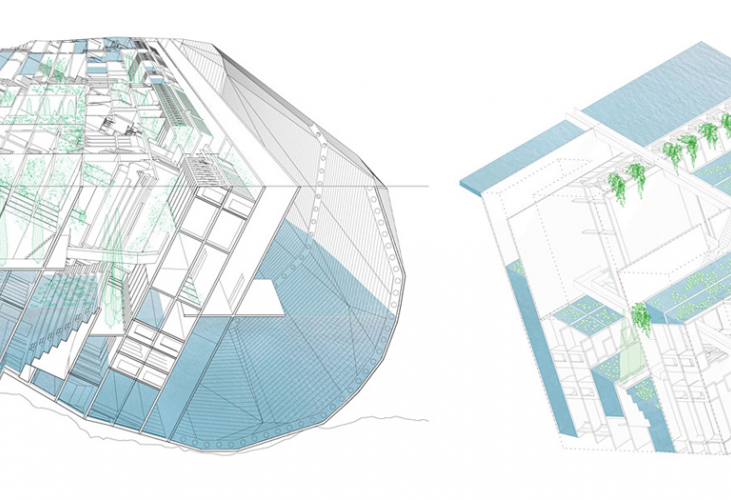 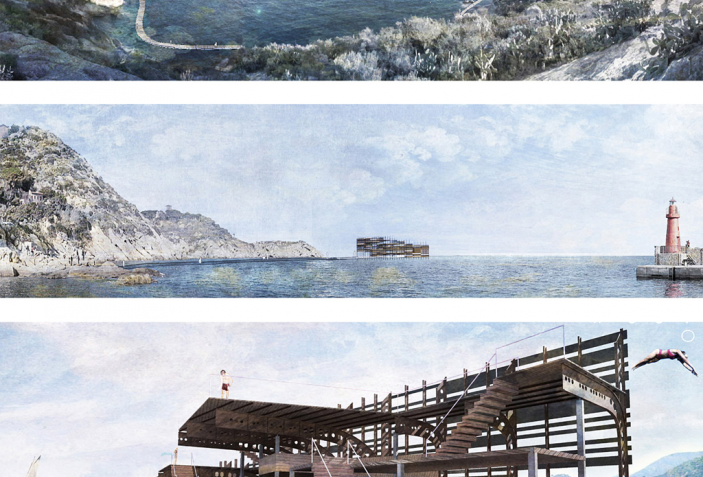 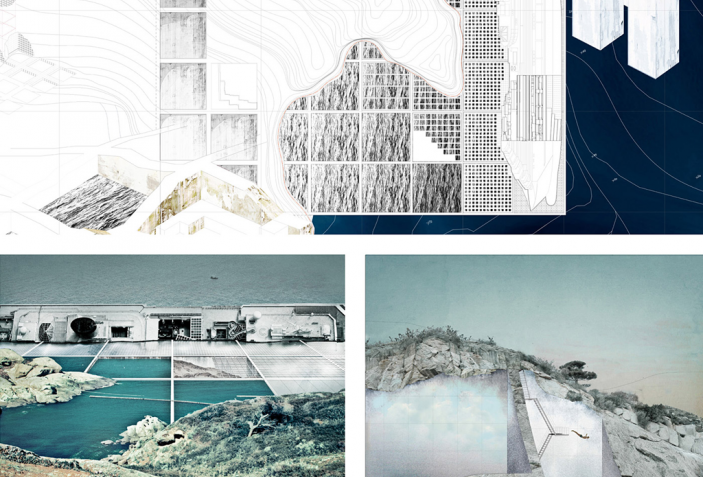