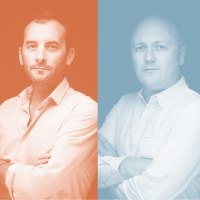 Maxime Le Trionnaire and Gwénaël Le Chapelain, DPLG architects, met in 1997 at the Nantes School of Architecture. After graduating in 2004, they worked in several renowned agencies (Architecture-Studio, Block, Duncan Lewis, Stéphane Maupin, X-tu). The Monitor nominated them for the “First work prize” in 2008. In 2010, they joined forces. Since then they have been developing collaboration and continue to refine their architectural visions.

ALTA Architectes - Urbanistes brings together around twenty employees who work on a contemporary, contextual and responsive architecture Each architectural project tends towards its own singularity, respectful of the suggested program.

In 2014 their agency won the European award “40 UNDER 40” which rewards emerging generation of European architects and designers under 40 years old.

Alain Tassot and Jean-Luc Le Trionnaire, DPLG architects, have worked together in Rennes since 1990. Rich in major projects in the different spheres related to public or private orders, they founded a/LTA Architects – Planners Agency in 2002. 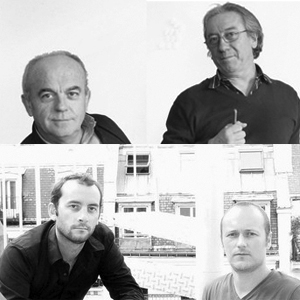