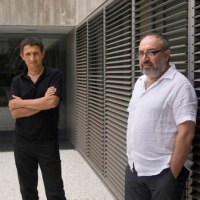 Batlleiroig is an architecture multidisciplinary office based in Barcelona, that combines the practice of Planning, Landscaping and Architecture. Founded in 1981 by Enric Batlle and Joan Roig, it is made up of over 140 technicians from various disciplines. Committed with the environment and involved in the search for solutions to solve our planet's climate emergency, Batlleiroig has been talking about Landscape and Nature since its foundation.

With a holistic view, which always seeks to link the definition of urban to the logic of landscape, a visionary commitment to innovation and a stable, diverse, and constantly formed team, Batlleiroig works in three different disciplines: City and Territory, Landscape and Public space, Architecture and Construction. Areas in which they intervene, trying to be highly specialized in each of them, but without forgetting the essential transversality that is required today to develop any project.

The versatility of their work and the implication that it demonstrates to ensure the well-being and health of people, in addition to recognition, has given them the credibility and rigor to be considered, on the international scene, one of the leading practices in solutions linked to the future development of cities.

Medal CSCAE from the Superior Council of the Associations of Architects of Spain in 2017 for their business performance and FAD 2012 Prize for Architecture and Criticism, they have also received numerous awards for their built work, among which are: The International Architecture Awards in 2020 and in 2014, Landscape of the Year WAF 2018, several Catalonia Construction Awards, IAKS-International Olympic Committee Award 2015, multiple WAF Awards and the European Prize for Urban Public Space 2004.