Taking place from June 6-12, the Milan Design Week 2022 features shows and events in hundreds of venues across the city's design districts. For the event, the French designer Mathieu Lehanneur presents a solo show curated by Maria Cristina Didero titled The Inventory of Life.

The exhibition presented in the spaces of the Triennale Milano erases the boundaries between design, science, art and anthropology. Lehanneur offers an in-depth study of some of the central themes of the contemporary debate, such as the state of the world's population and the consequences of its behaviour on Earth. 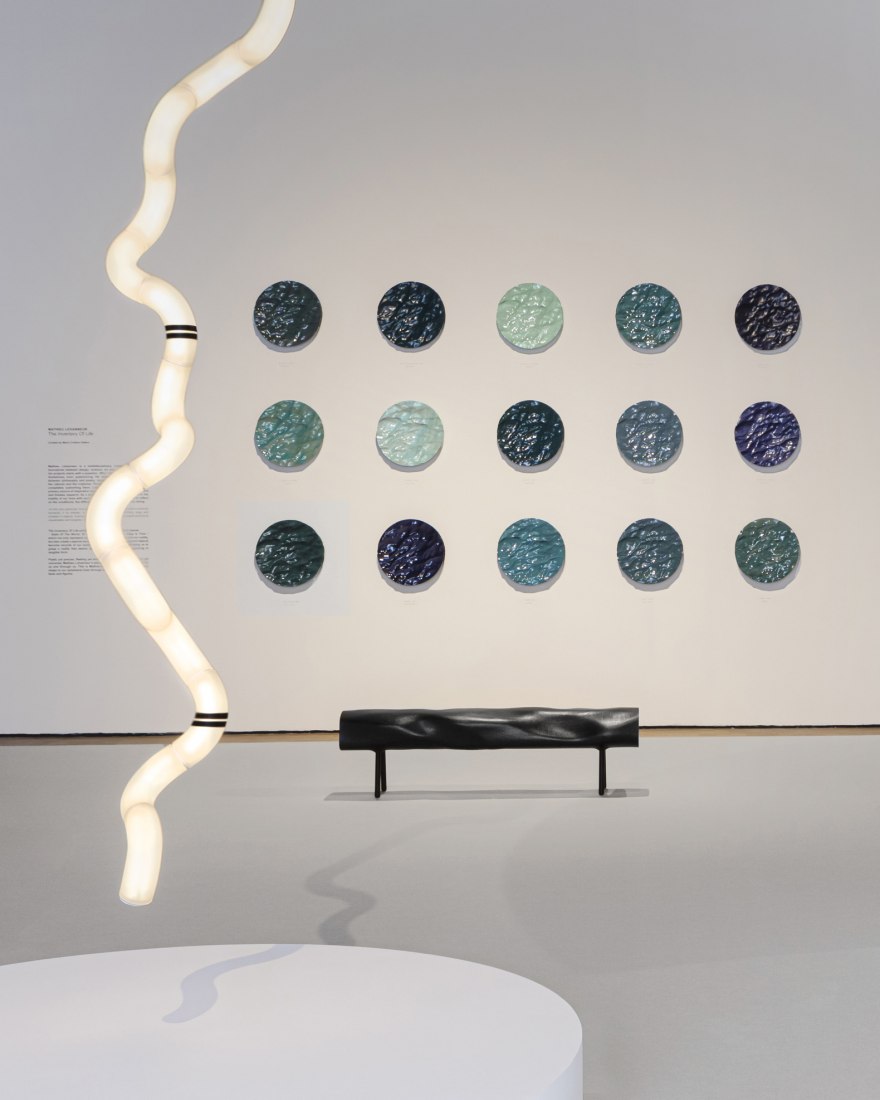 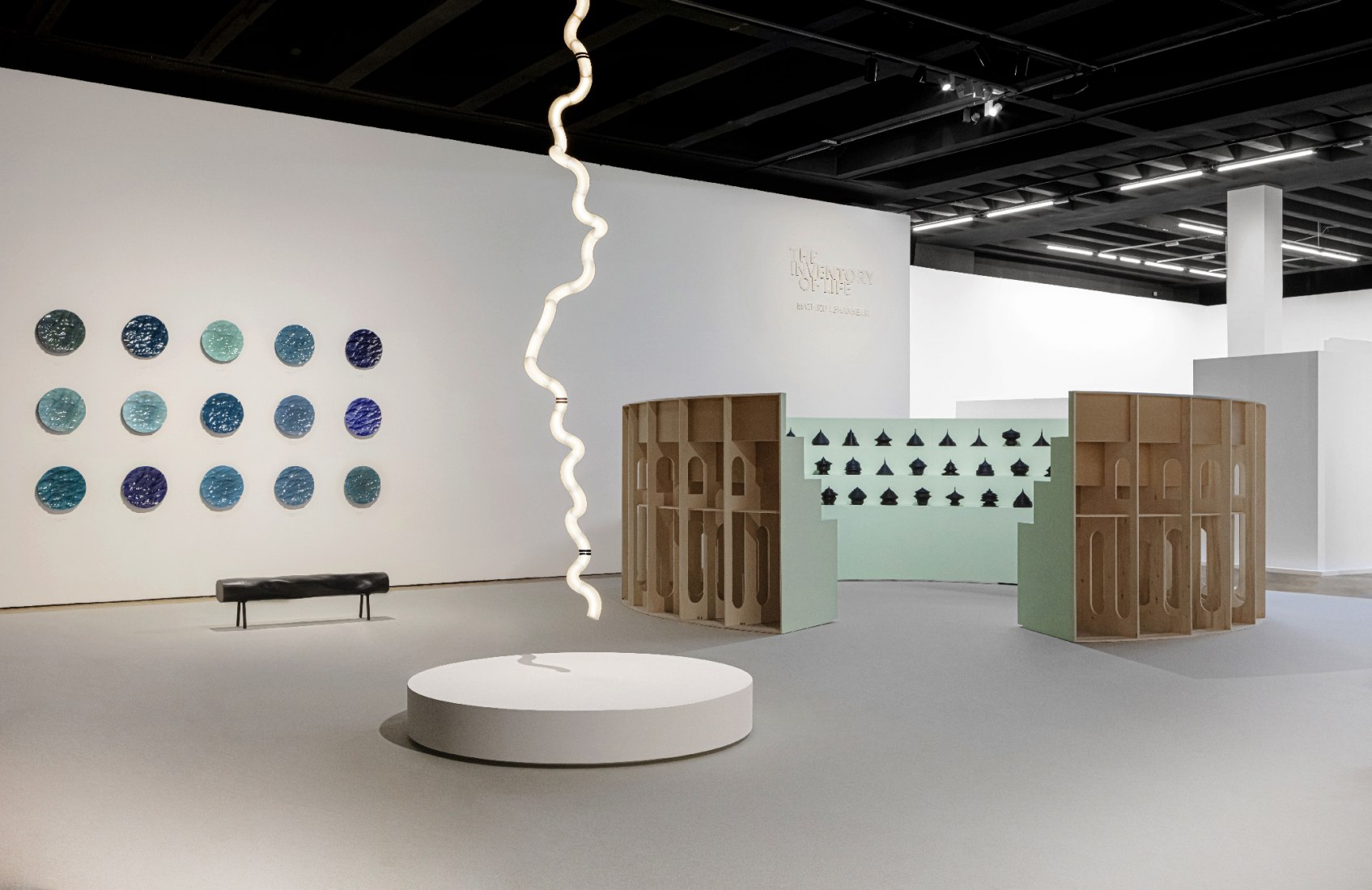 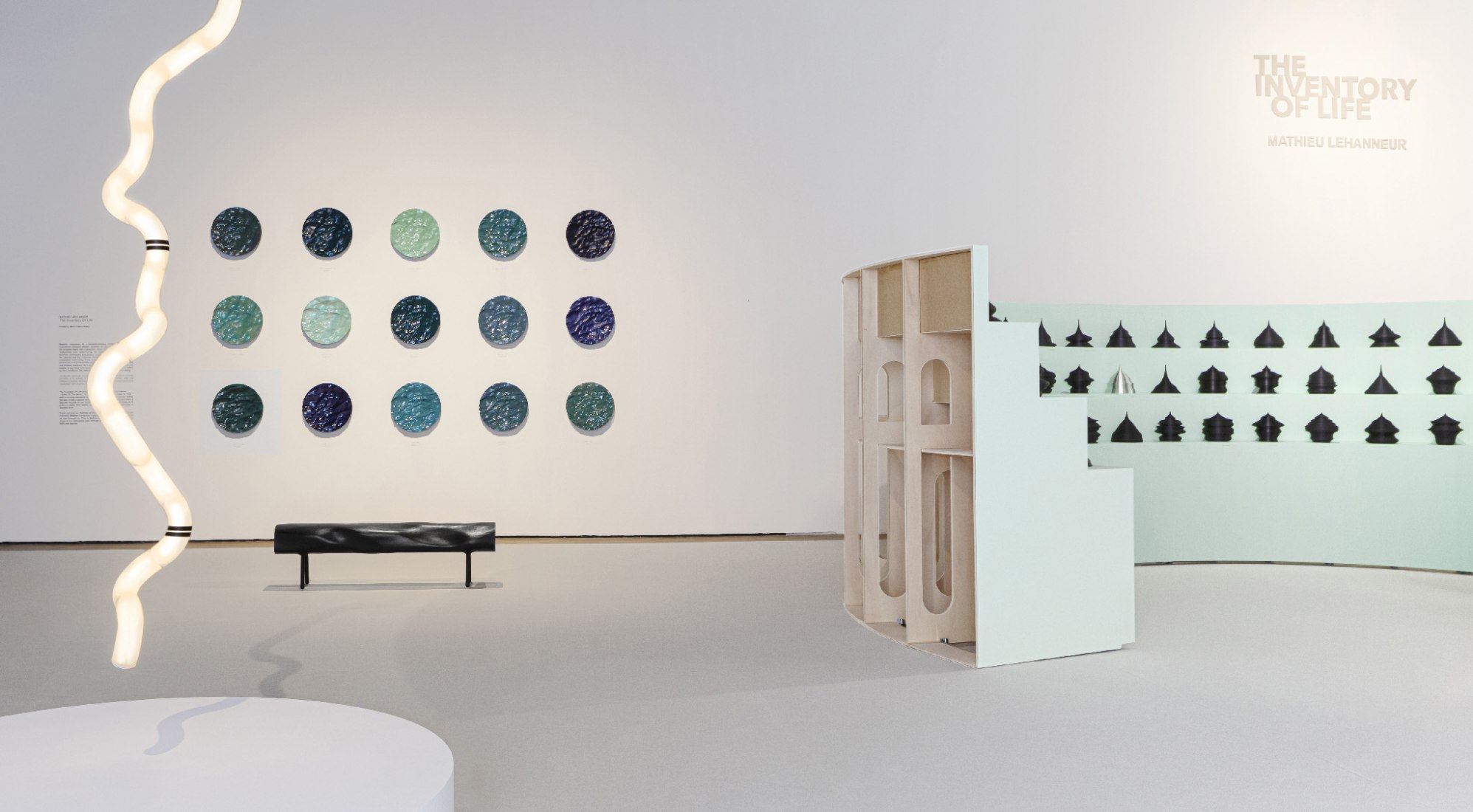 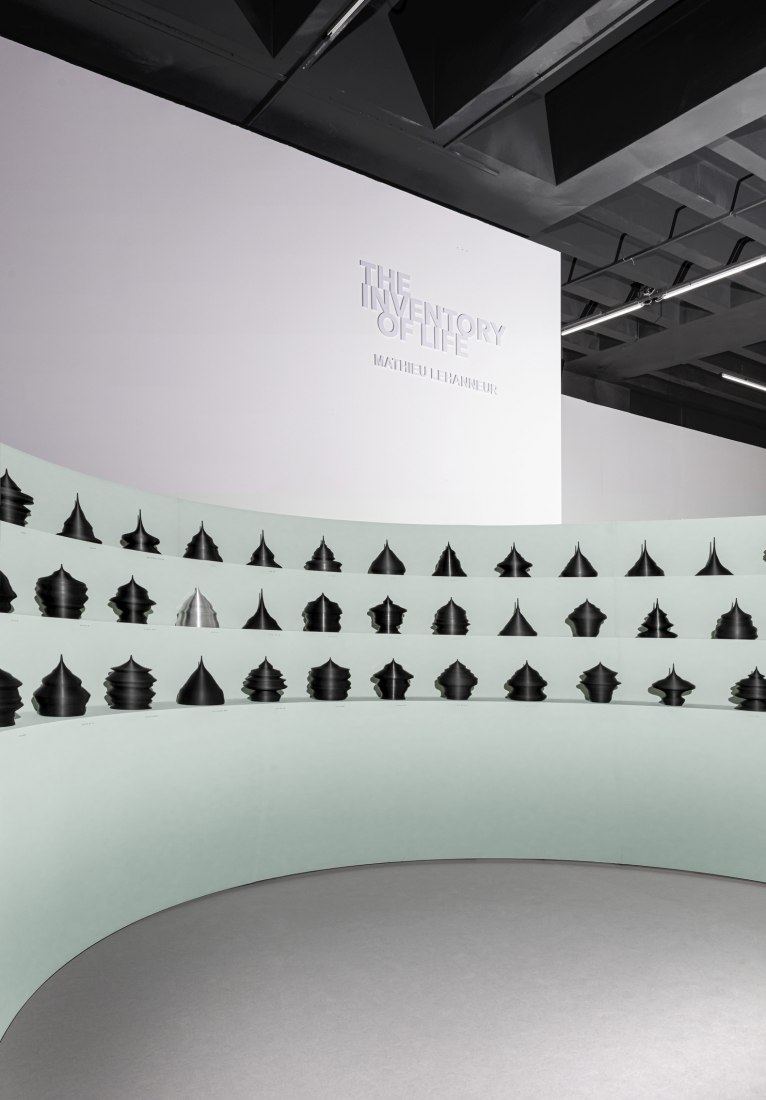 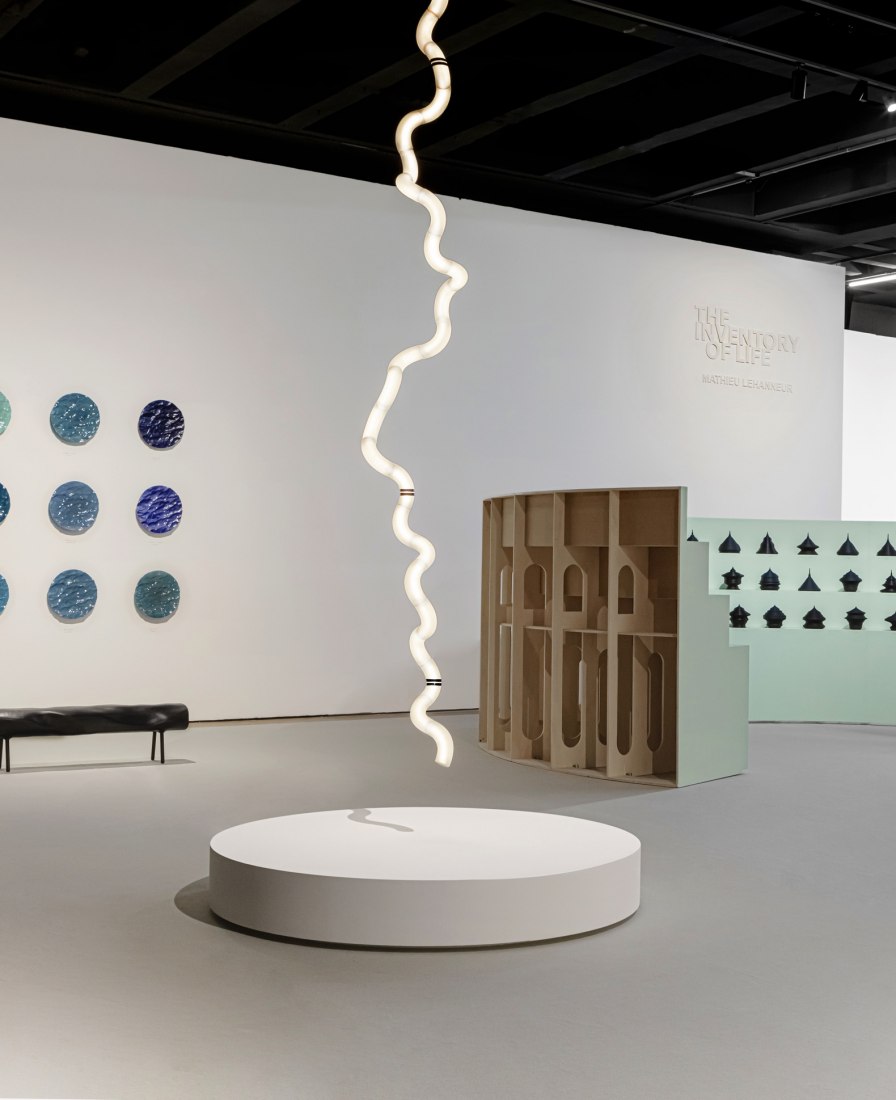 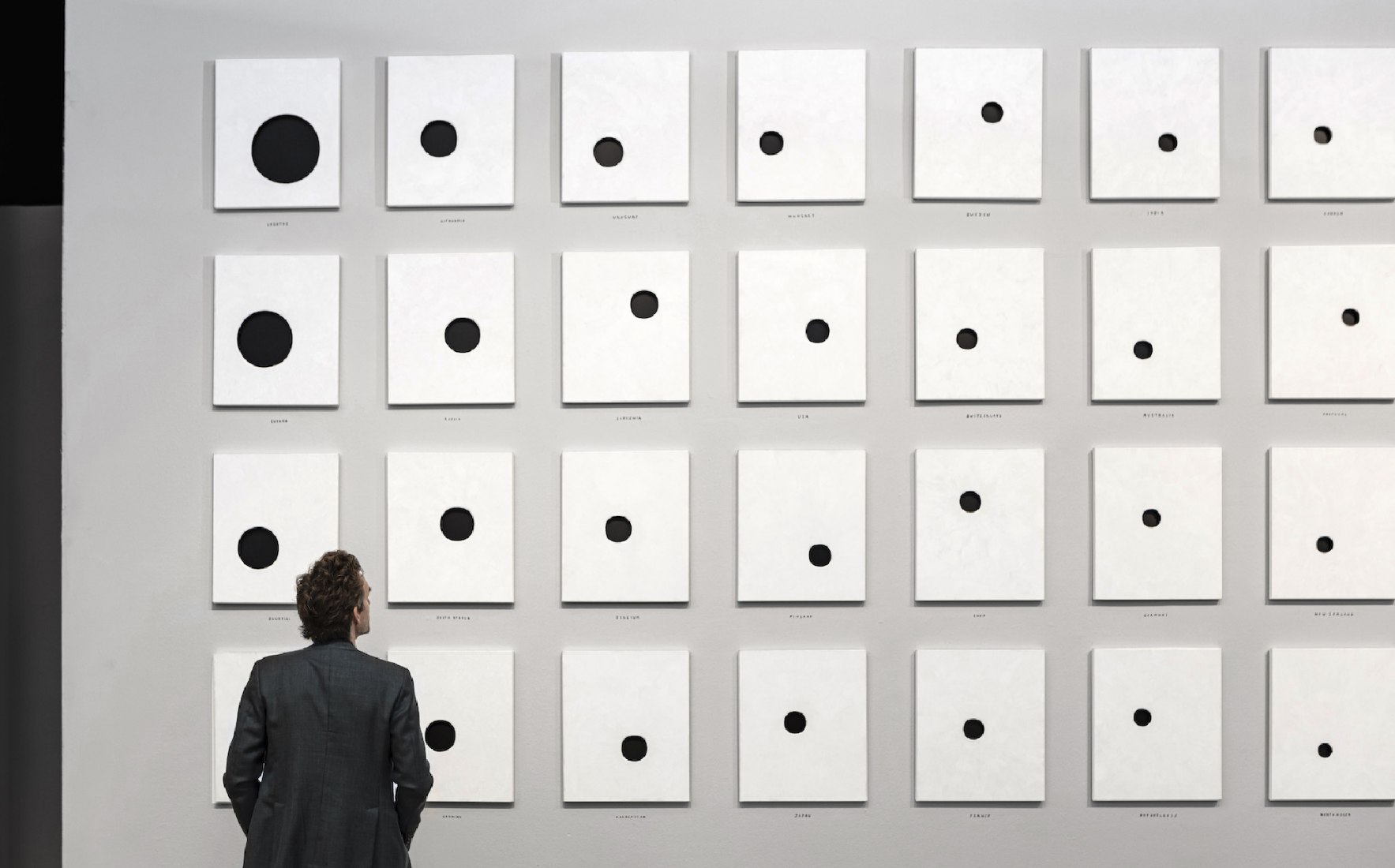 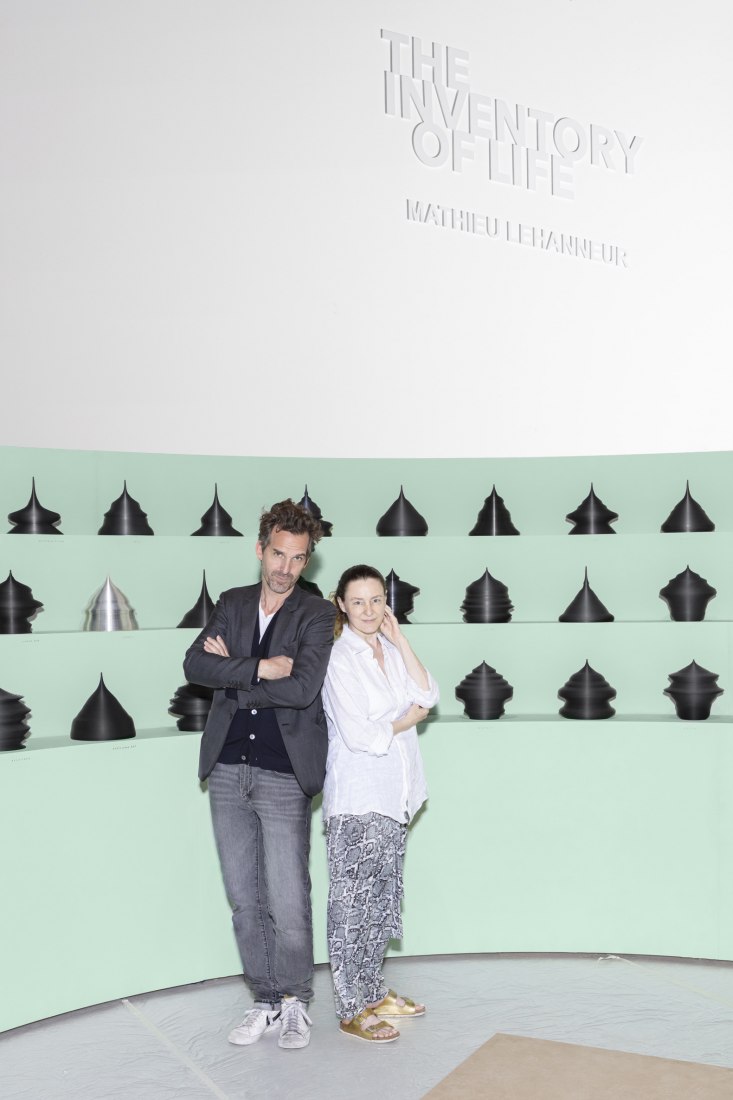 Through different art pieces such as aluminium sculptures paintings and ceramic works, Mathieu Lehanneur explores the state of the planet, taking into consideration the fragility and transience of human life, accompanied by an acknowledgement of the long-term damage done to the environment by climate change.

‘In my work, as a designer, artist, or architect, and regardless of whether I’m producing a one-off or mass-produced piece, I want each piece to speak uniquely,’
Mathieu Lehanneur.

With four installations — State of the World, 50 seas, Live/Leave, and How Deep is Time, the artist tries to turn information into emotion. Scientific and statistical data were translated into design and art pieces, resorting to these disciplines to foster a connection between data, the planet, and the environment.

Each installation is based on scientific data and statistics provided by a variety of sources, including the United Nations, the World Health Organization, and satellite-generated photographs commissioned specifically for the project. Lehanneur then uses design as a discipline to provide an interaction with the world and the environment.

The Inventory of Life includes the installations:

State of the World: a large-scale installation featuring a series of sculptures in anodised aluminium that represent the evolution and history of the human population is over 150 countries. Every sculpture is a visual record of a country – reflecting its demographic, its birth rate, life expectancy and history. Using a three-dimensional form, Lehanneur has created a dimensional way for the viewer to understand the data quickly and provide an opportunity to see ourselves as part of a bigger story.

50 Seas: reconstructs through a hanging series of round sculptures in enamelled ceramic the infinite variations and subtleties of hues and shades of blues and greens of the seas and oceans around the globe. Using satellite photographs, 50 different seas around the world are recorded in this series, highlighting the diversity and nuances of watercolour depending on the geographical position of the oceans that cover the earth. A selection from this collection will be exhibited in Triennale.

How Deep is Time: represents, through a luminous glass filament suspended from the ceiling, a visual projection and prognostic of changing sea levels. As the future is unknown, and estimates vary, Lehanneur crystallises in this work the different sea level forecasts of the future, all slightly different, but equally critical for humanity.

Live/Leave is a record of the state of our mental health through data showcasing suicide rates around the world. Highlighting individual choices, the installation could be interpreted as the state of happiness around the globe. Providing a visual tool, a snapshot, for visitors to see the world as it currently stands, it lays bare the dramatic effect depression has on our wellbeing and the estimated suicide rates in represented countries. 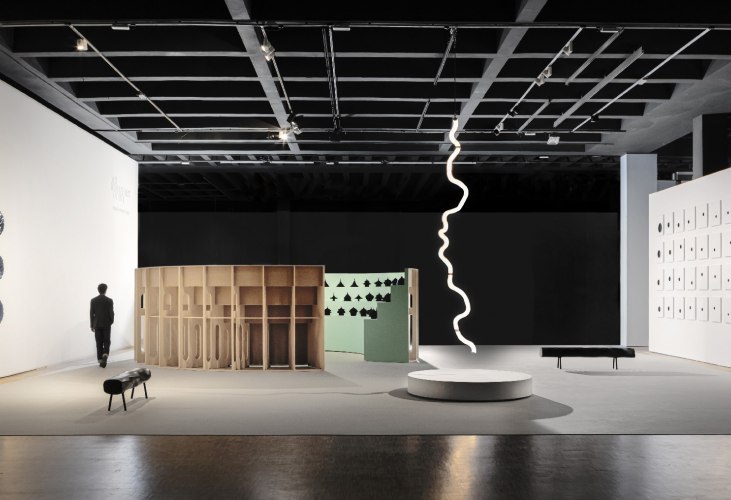 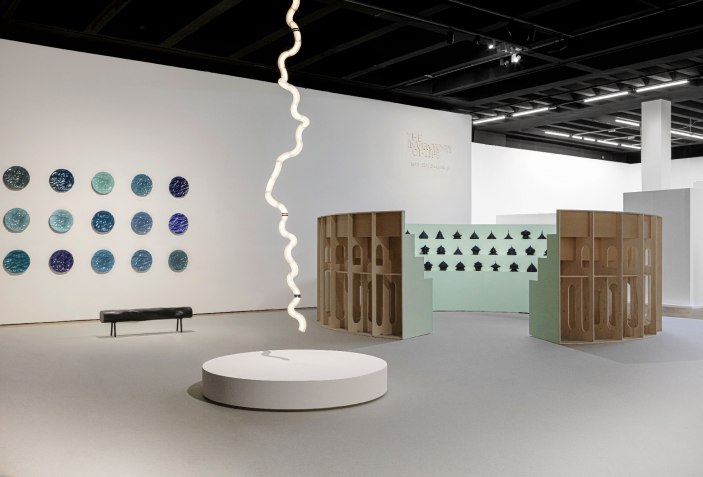 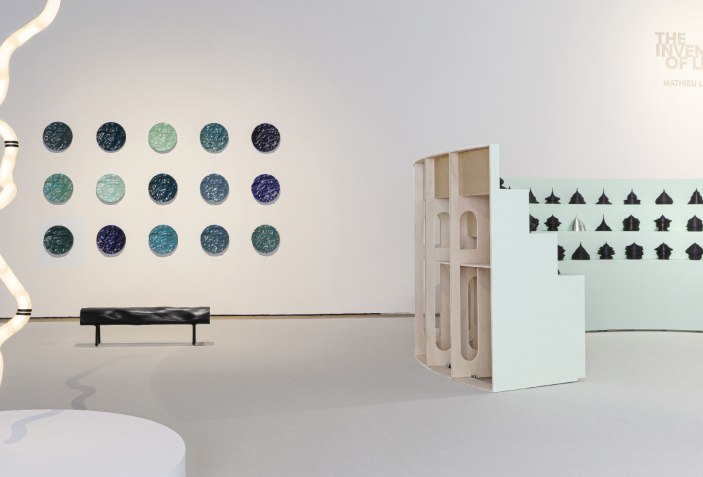 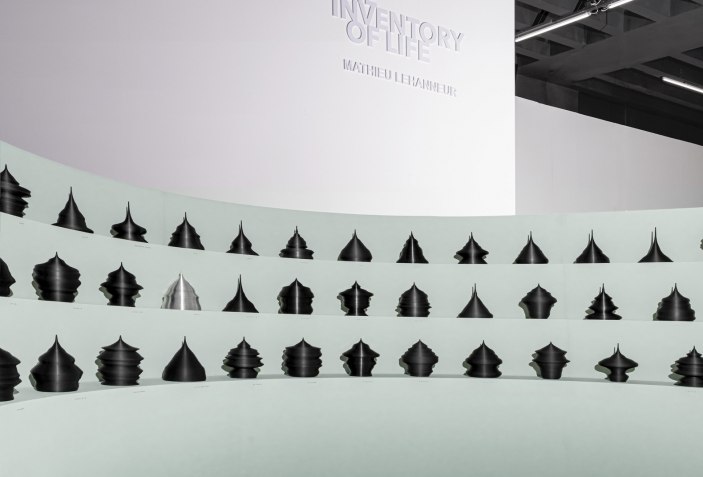 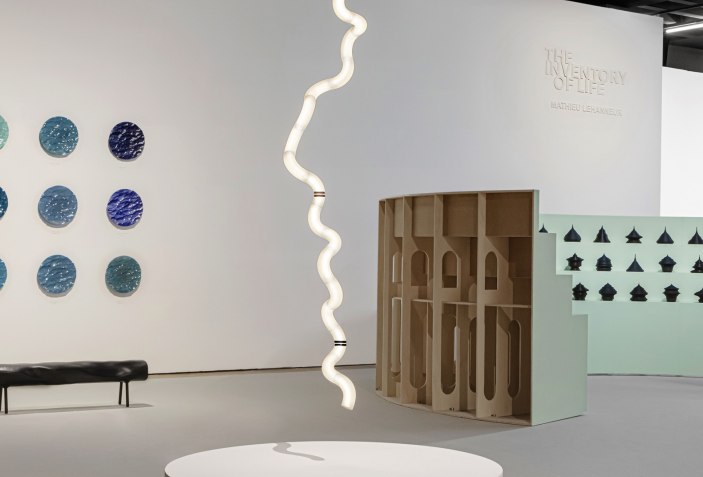 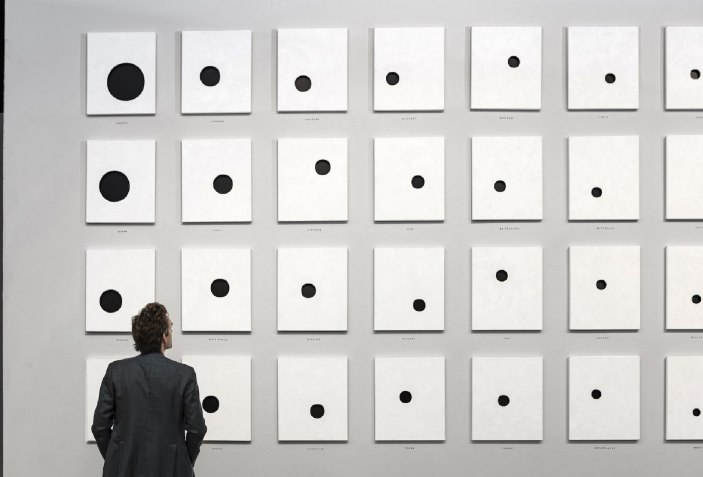 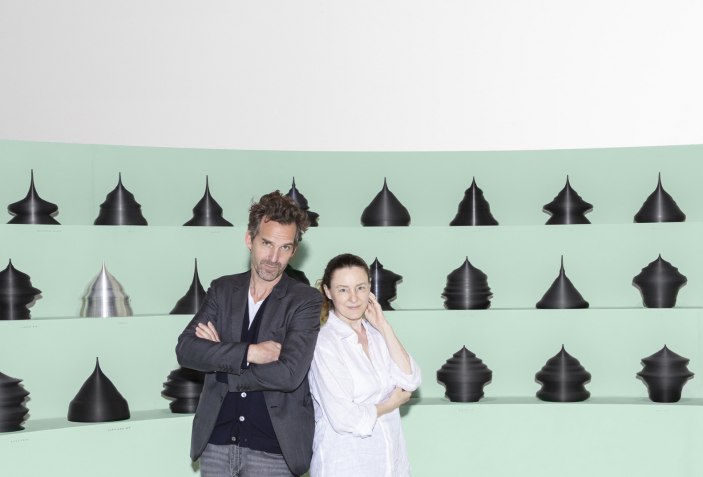 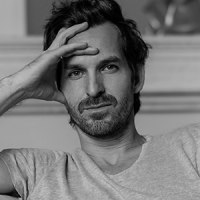 Mathieu Lehanneur, one of the top designers and influencers, is a French designer who is at the forefront of the international design scene. He is also one of the few in his generation to use his talents in a variety of areas, beyond furniture.

In 2008, American magazine Popular Science’s “Best Invention Award” was awarded to Andrea, Lehanneur’s indoor air purifier, created in partnership with Harvard University and based on studies developed by NASA.

Mathieu Lehanneur collaborates with world leading brands such as Nike, Veuve Clicquot, Audemars Piguet, Hôtels Pullman, and Schneider Electric. With the same proficiency, Lehanneur creates spectacular projects for Saint Hilaire Church, UNESCO’s world heritage (Melle/FR) and works in partnership either with start-ups from different fields or important players such as Huawei, with whom he collaborates as chief designer. Lehanneur also works in limited editions or unique pieces, for the Carpenters Workshop Gallery (Paris, London and New York).

Mathieu Lehanneur was invited to lecture at TED Conference Global programme in 2009 and, in 2012, to have his book published by the German publishing house Gestalten and to have an exhibition dedicated to his work at the Le Grand Hornu Design Center, Belgium. 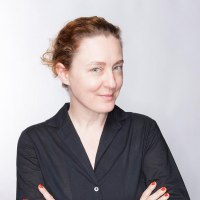 Maria Cristina Didero is an independent design curator, consultant and author, who has collaborated with different magazines and contributed to many publications; she is currently covering the role of Milan editor for Wallpaper magazine. Didero has consulted for companies such as Vitra, Fritz Hansen, Lexus, Fendi, Louis Vuitton, and Valextra among others.

Based in Milan, MC works internationally, curating exhibitions for institutions: some of her recent projects include Nendo: The Space in Between and The Conversation Show at the Holon Design Museum, Israel; FUN HOUSE by Snarkitecture at National Building Museum, Washington D.C.; SuperDesign a project about Italian radical design, NY; Vegan Design, or the Art of Reduction by Erez Nevi and The Fish and The Crowd by Carlo Massoud, Milan.

She is currently preparing a solo exhibition on the subjects of migrants with Fernando and Humberto Campana at Dallas Contemporary, a project at the MK&G in Hamburg titled Ask Me if I Believe in the Future and a solo show by Mathieu Lehanneur titled The Inventory of Life, plus a series of ongoing collaborations.

In January 2022 she was appointed Curatorial Director of Design Miami/ for Basel Paris and Miami Beach fairs. 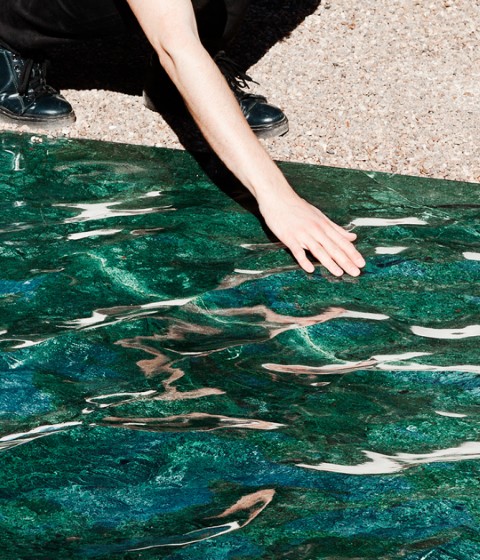 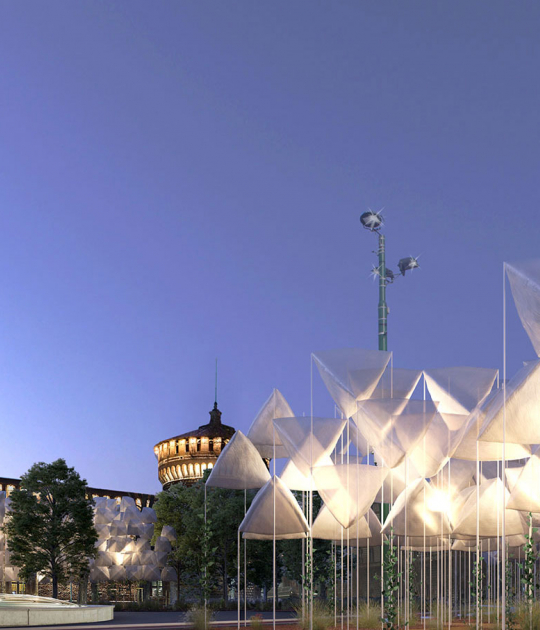 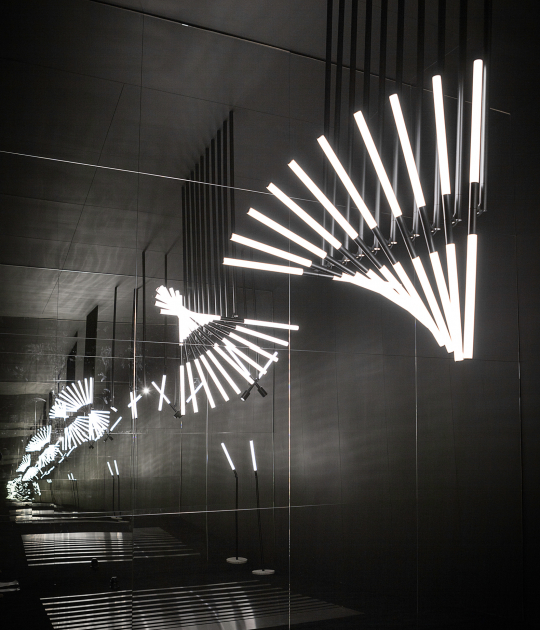 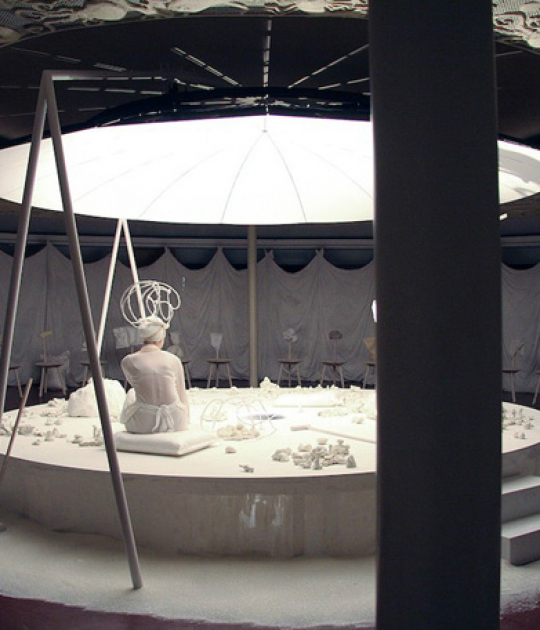 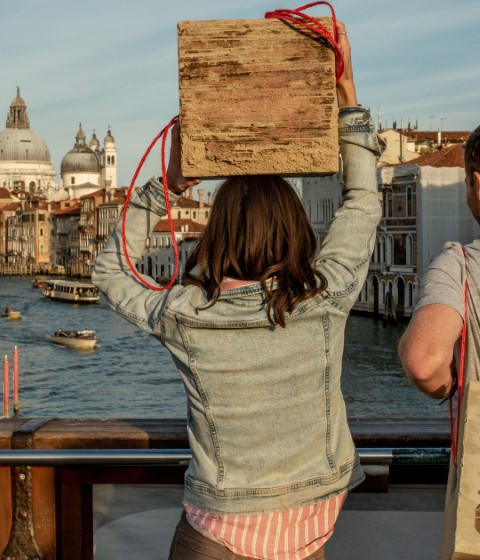 Exculpatio by Nomad Studio, a silent demonstration and a sculptural space in La Biennale di Venezia and Switzerland