This morning at 11am it has been inaugurated the new exhibition "La Minotauromachie (1935): Picasso en su laberinto". It will be the first time that those drawings of the well-know painter are exposed in the headquarter in Madrid. A very good chance to visit the Fundación Juan March. 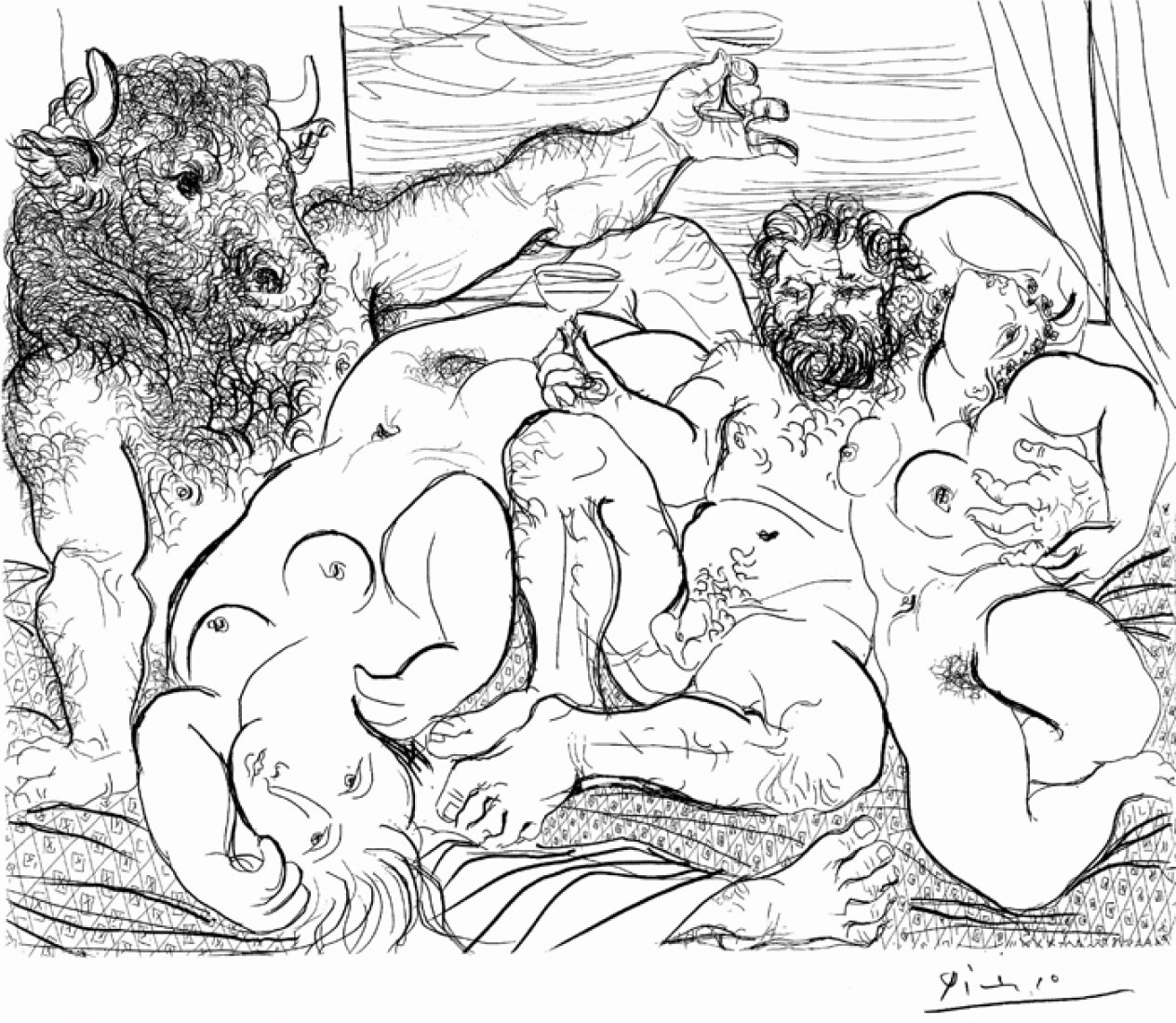 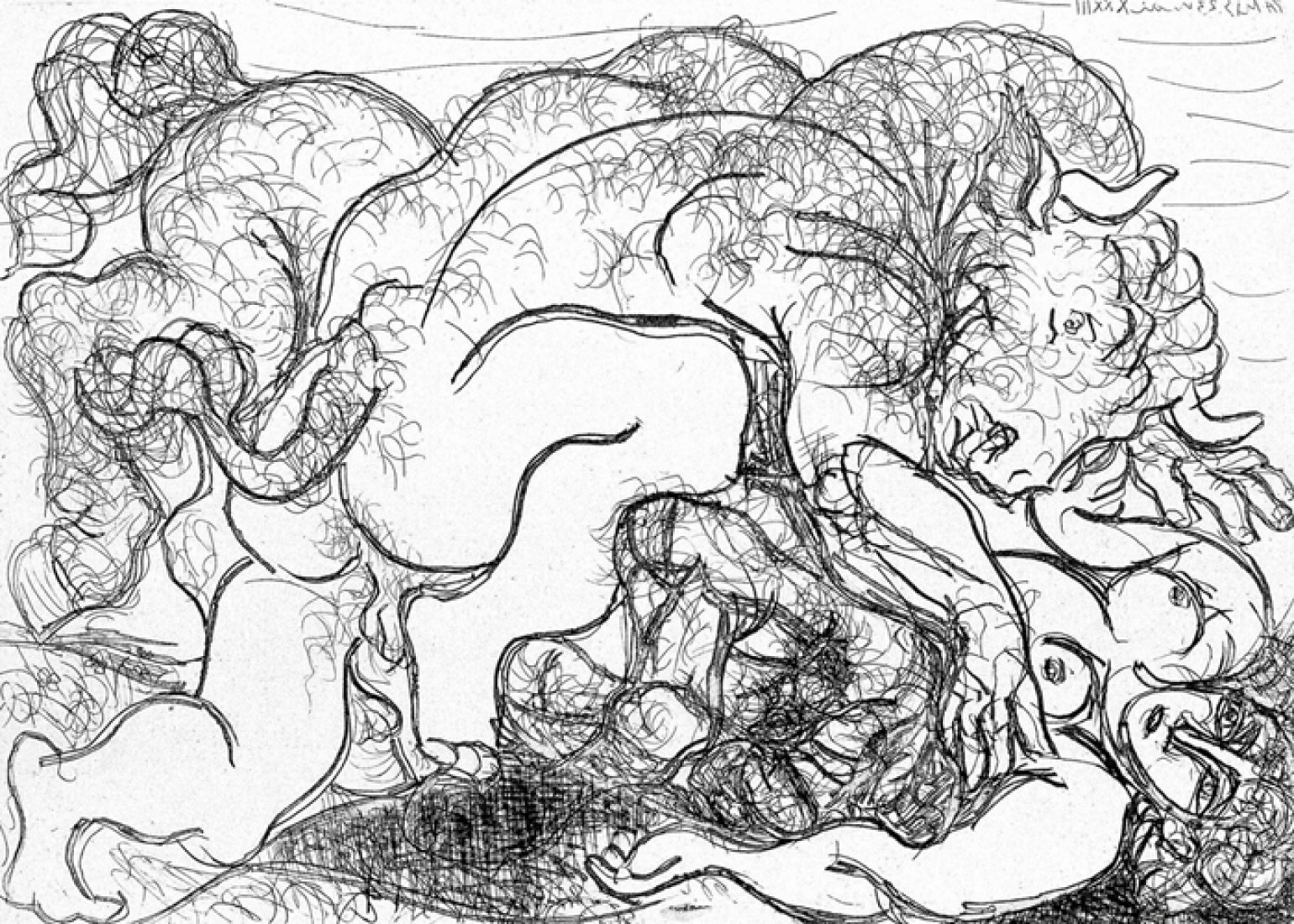 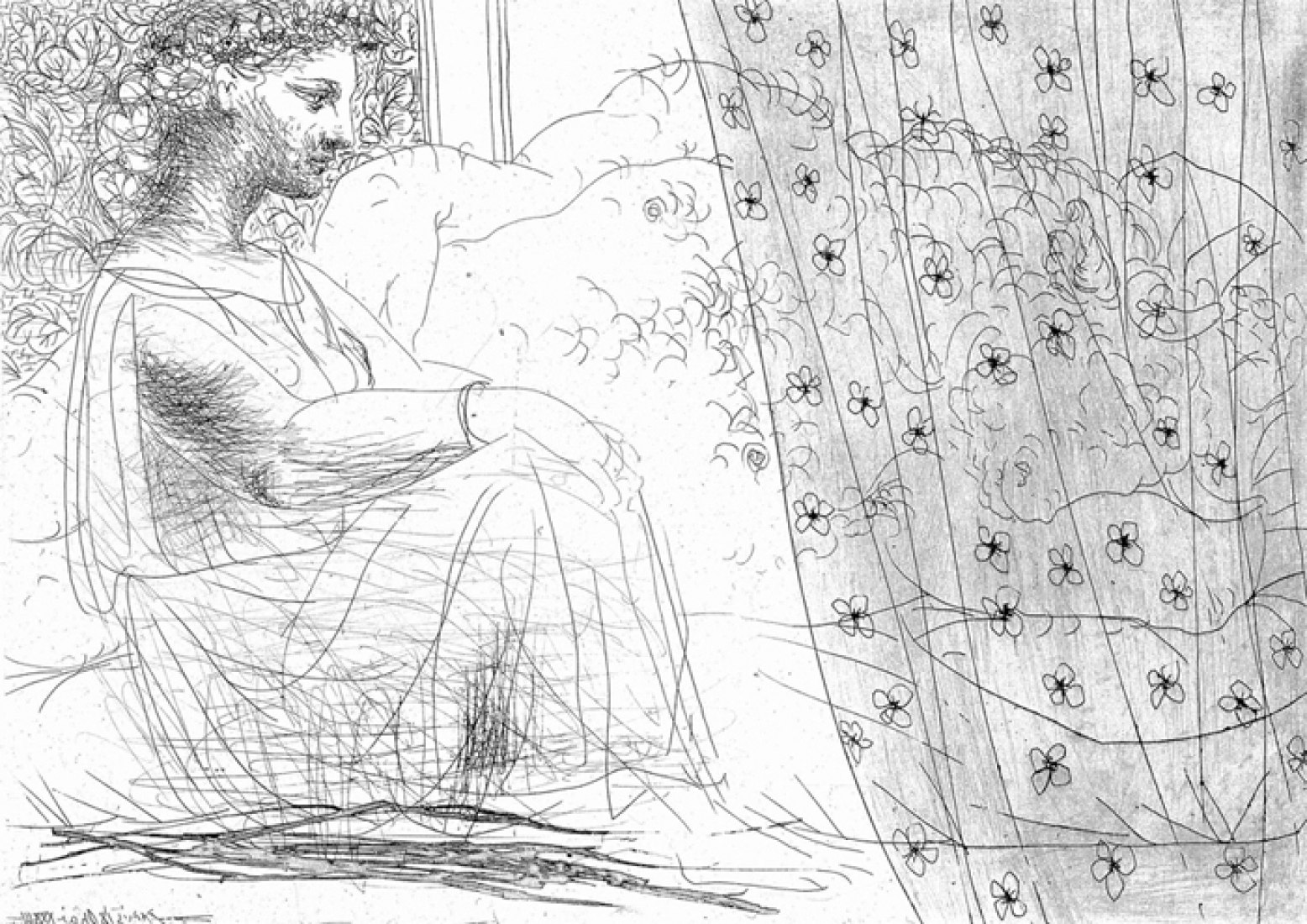 We are talking about one of the too many series that Picasso made about different themes, in his interest of investigating and control all sort of techniques, as in this case the engraving. This small serie, which focus in the image of the Minotaur as an iconographic figure, will be essential and will be the reference for others works, as it is the Guernica (1937).

Pablo Picasso (Málaga, 1881-Mougins, 1973) completed numerous prints during his artistic trajectory, constituting a fundamental portion of his oeuvre. As in his paintings, and as a result of his intense creative process, Picasso worked in series, repeating preferred themes and processes. With his tireless capacity for experimentation and absolute domination of all graphic techniques, Picasso is considered one of the most extraordinary printmakers of all time, with a body of work comparable in quality and scope to those of Rembrandt and Goya. 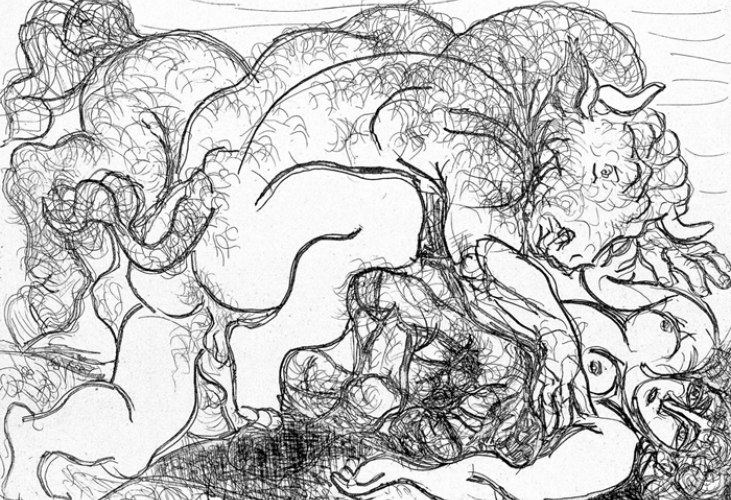 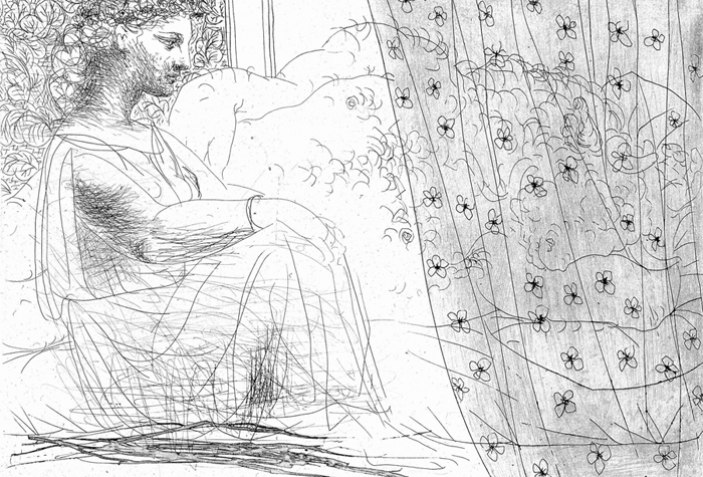 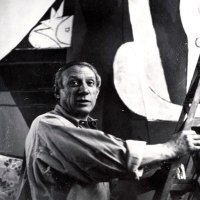 Pablo Picasso / Pablo Ruiz Picasso. (Malaga, Spain, October 25, 1881 - Mougins, France, April 8, 1973). Spanish painter and sculptor, considered as one of the greatest painters of the 20th century, exercising with his long career a transcental influence on other great artists since then. His works are present in museums and collections around the world.

Son of the also artist José Ruiz Blasco, at the age of fourteen, in 1895, his family moved to Barcelona, ​​where he spent his youth with a group of artists, among whom were painters such as Ramón Casas and Santiago Rusiñol, with whom he met at the Els Quatre Gats bar. At the beginning of the 20th century, between 1901 and 1904, Pablo Picasso would change residence between Madrid, Barcelona and Paris, a period in which his painting was framed in the period called the blue period, strongly influenced by symbolism. In the spring of 1904, Picasso decided to move permanently to Paris and settle in a studio in the city of the Seine.

Shortly after arriving in Paris, he established friendship with poets such as Guillaume Apollinaire, Max Jacob, with the playwright André Salmon or with peripheral personalities from the artistic and bohemian scene, such as the American brothers Leo and Gertrude Stein, or the one who would forever be his dealer, Daniel-Henry Kahnweiler.

A turning point in his career will be marked in 1906 by a large-format work that changed the course of 20th-century art: Les demoiselles d'Avignon. A fundamental work in which numerous influences can be discovered, among which African and Spanish art or elements taken from El Greco and Cézanne stand out. The latter's influence and his relationship with Georges Braque, from Malaga, carried out a profound critical review of the plastic tradition that emerged from the Renaissance. A period in which Picasso and Braque developed a first phase called analytics (1909-1912). In 1912 they introduced a new technique with cutouts of paper and other materials applied to the canvas, which they called collage. The arrival to the cubism group of the Spanish painter Juan Gris generated a change towards what is known as the synthetic stage of this style, marked by a richer color range and greater complexity in the references.

Since 1915 until the mid-1920s, Picasso's work left cubism and entered a new figurative stage, generated by a greater attention to classicism mixed with the influence of what the artist called his "Mediterranean origins ». In 1919 he married the Russian dancer Olga Koklova with whom he would have a son, Paulo. As a result of his meeting in 1928 with the sculptor Julio González, Pablo Picasso became interested in sculpture, and between them they introduced important innovations, such as the use of wrought iron. In 1935 his daughter Maya was born, in a new romantic relationship with Marie-Therèse Walter, with whom Pablo Picasso lived openly despite being married to Olga Koklova; Starting in 1936, he had a third relationship with photographer Dora Maar.

Spanish Civil War and the Second World War reflected in his work an even greater political commitment than one of his most universally admired works, the Guernica (1937). The reduction to a minimum of chromaticism, the dislocation of the figures and their heartbreaking symbolism make up an impressive denunciation of the bombing of German aviation, which on April 26, 1937 devastated this Basque population in an action in support of the troops of the coup general Francisco Frank.

In 1943 he met Françoise Gilot, with whom he would have two children, Claude and Paloma. Three years later, Pablo Picasso left Paris to settle in Antibes, where he incorporated ceramics into his favorite supports. In the 1950s he made numerous series on great classical works of painting, which he reinterpreted as a tribute. In 1961 Pablo Picasso remarried with Jacqueline Roque; it would be his last significant relationship. Already a living legend and the epitome of the avant-garde, the artist and Jacqueline retired to Vouvenargues castle, where the creator continued to work tirelessly until the day of his death.

Politically, Picasso declared himself a pacifist and a communist. He was a member of the Spanish Communist Party and the French Communist Party until his death, at the age of ninety-one, in his home called "Notre-Dame-de-Vie" in the French town of Mougins. It is buried in the park of the castle of Vauvenargues (Bouches-du-Rhone). 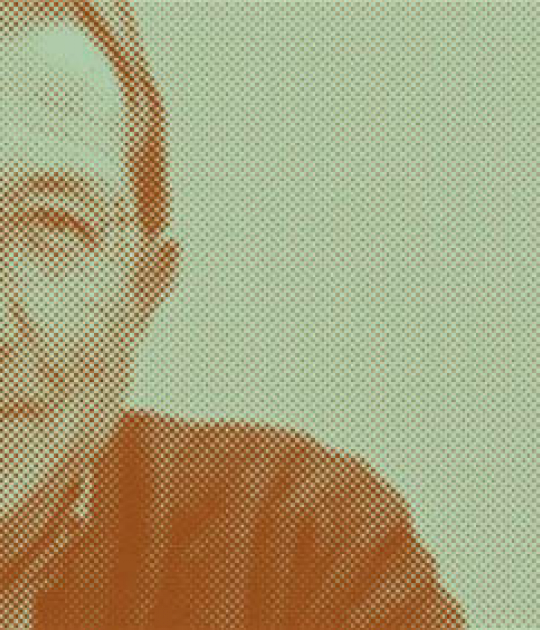 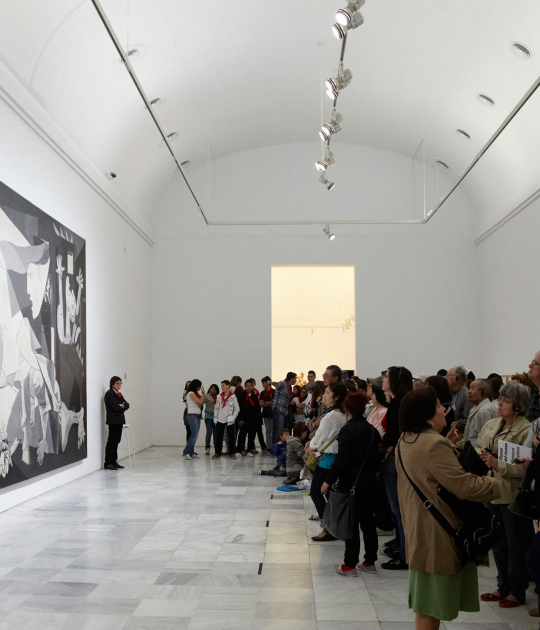 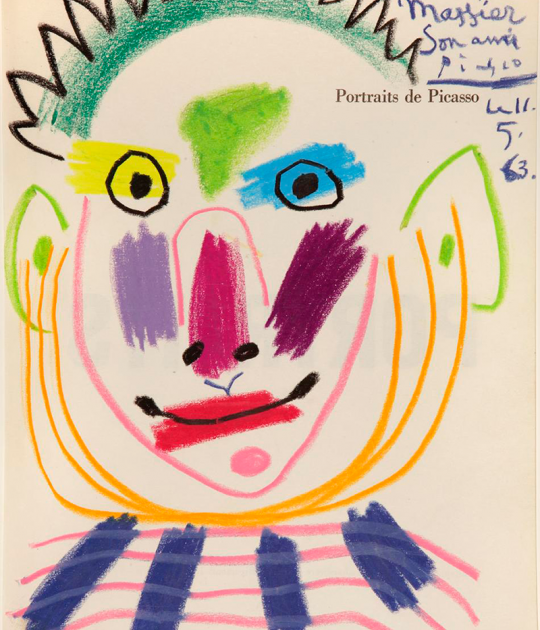 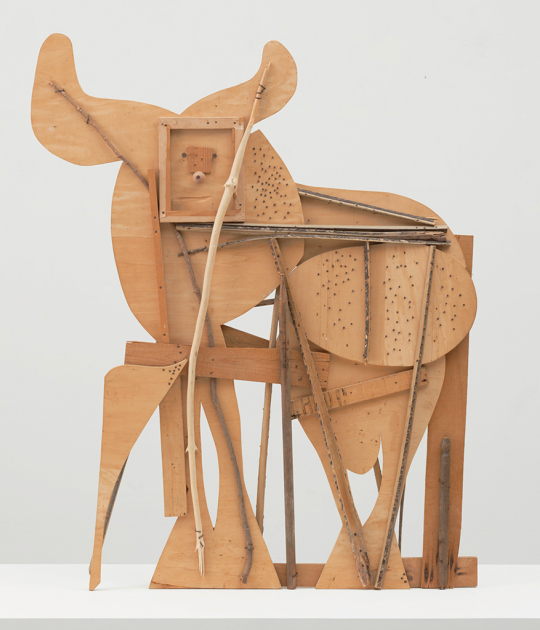