Our "apprentice of river," popularly known as the Manzanares River, does not believe it and rubs its eyes. Madrid Río remodelation is a matter of policy comparison between Madrid and New York. The article, by Michael Kimmelman, shows urban proposals by Madrid as an example of what to do public administrations. 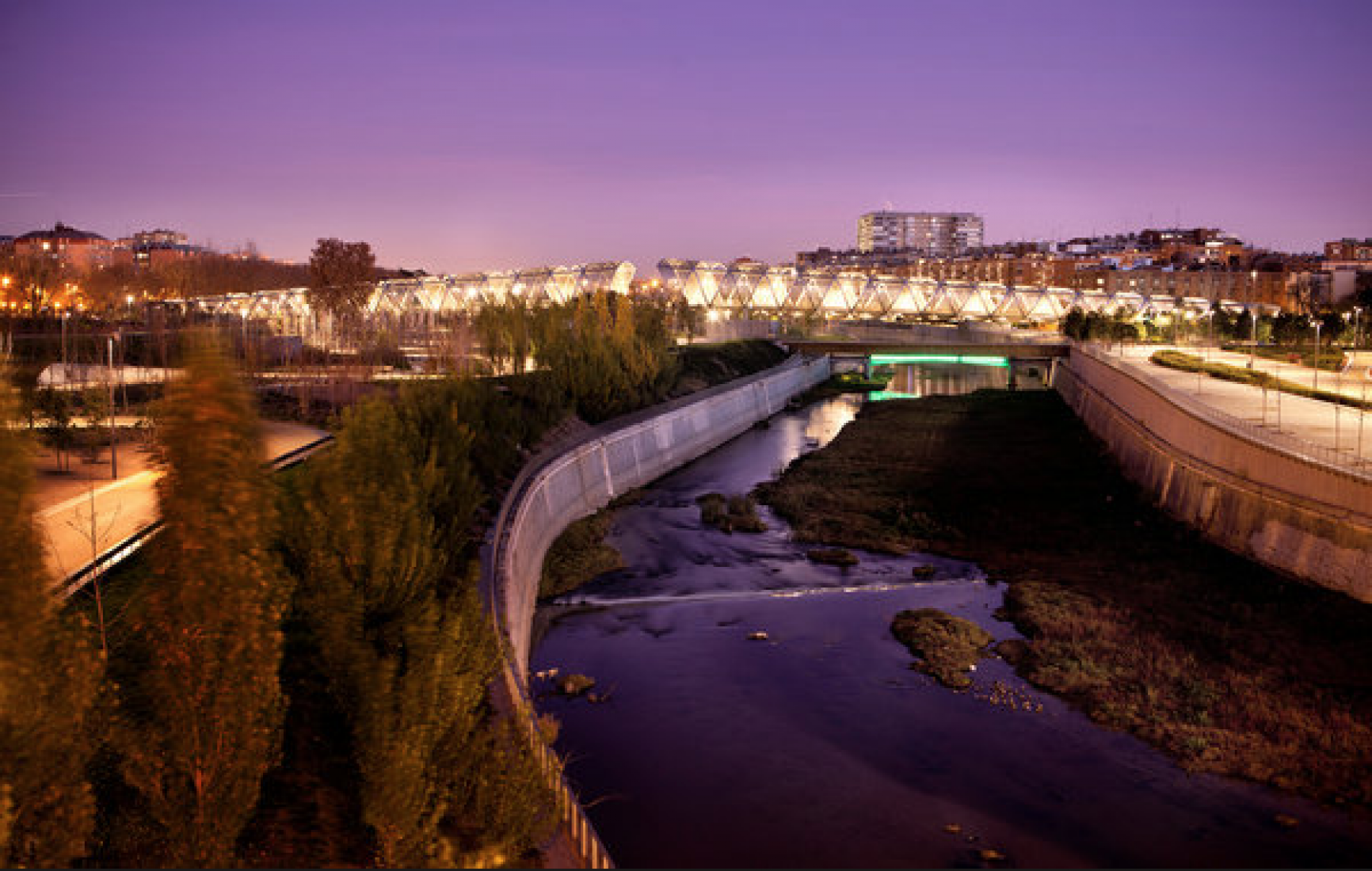 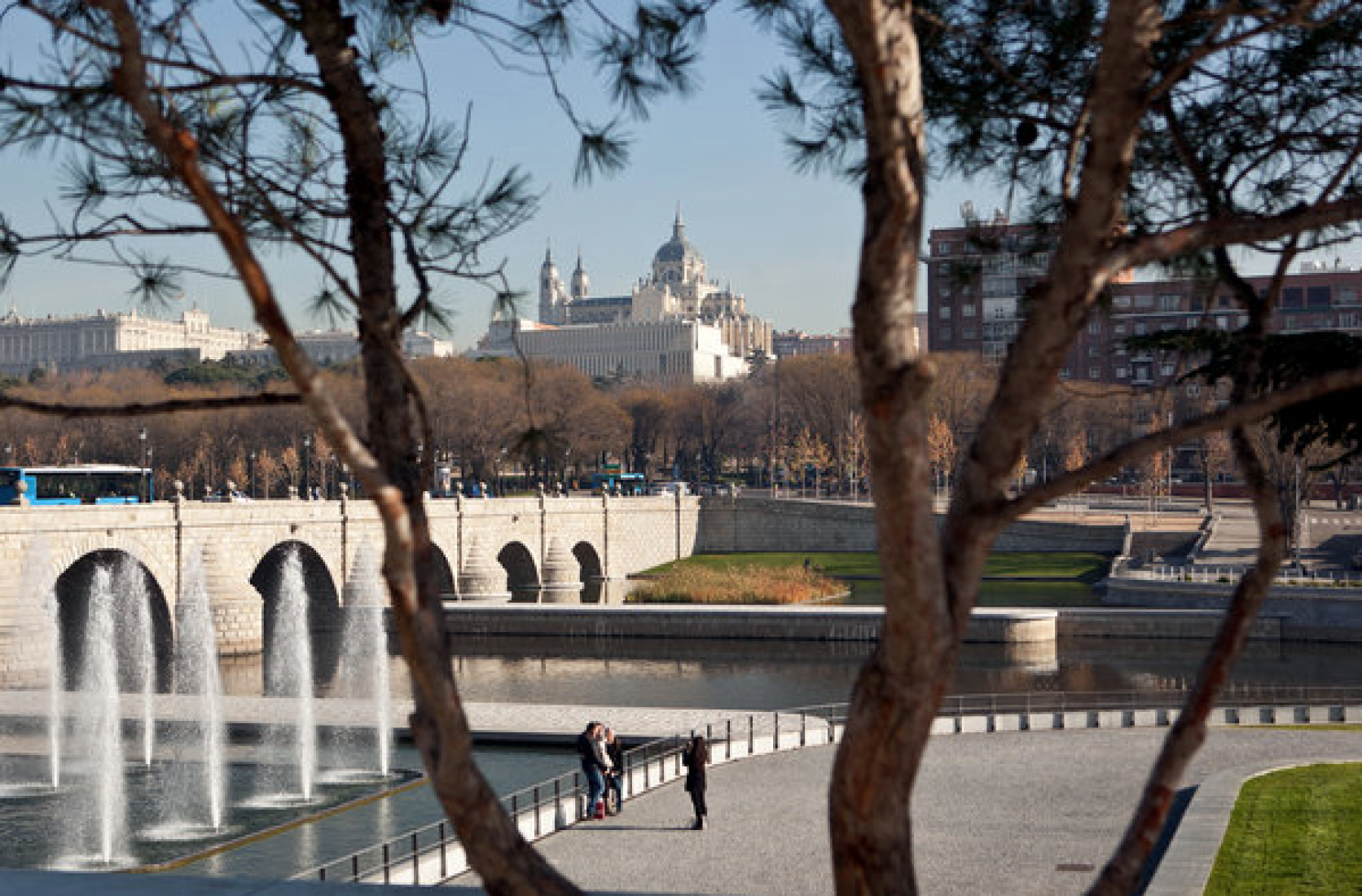 "In Madrid’s Heart, Park Blooms Where a Freeway Once Blighted"  is an article that surprises read from Europe and I guess that makes sense, as say its  author, in the epicenter of laissez-faire.

The article makes a comparison of praise to the Madrid Rio project for many will be the best gift from Santa Claus, appreciates the importance of the decisions of public authorities to carry out large projects. Presents the comments of the neighbors and shows its good social impact, the importance of urban regeneration to city.

Less understandable is the mix of data (he relates: metro and light-rail stations and Madrid Rio), relativity of time (a decade is a short time) or the ease with which it increases the budget (at least it is recognized that indeed expensive, albeit a fraction of what the costs would have been in New York), is also surprising in some ways when talks about social groups as barriers, criticizing the easy access to justice, I think these comments are not understood, or itself. At least, the article ends ok.

Honestly I do not know how to  feel me, if happy because my city is a model for New York (my second city) or chills with instrumental comparison. Well, maybe this is result of which is early and now in the street temperature is very cold, I will wait turn on the heating.

Some excerpts from the article, below:

"New York has recently benefited from the growth and upgrading of its own parks, but much of the city’s expanding public realm is now dependent on private investment. At the epicenter of laissez - faire capitalism, a skepticism about big government, a web of well-meaning regulations and opposition groups empowered by easy access to the courts combine to create barriers to the investment of public money in major infrastructural improvements. Change happens slowly and incrementally, certainly compared with what Madrid has accomplished."

.../... "Like Millennium Park, Madrid Río needed no commercial justification, though it is clearly a boon to business and development. It arises from a political culture that presumes public service is an end in itself. "

.../... "Now people who opened their windows onto the sound of cars, open their windows onto the sound of birds,” is how Ms. Martínez, the Madrid official, put it. It’s only a pity that the city also awarded Dominique Perrault, one of the celebrity architects who lost the competition, a late commission. Evidently nervous about leaving the project without a new architectural landmark, the government approved his costly design for an oversize footbridge.  Wrapped in an immense, incongruous spiral of Mr. Perrault’s signature stainless-steel mesh, the striking bridge blocks views and conjures up some giant antenna that has crashed in the park."

"That said, a decade ago, bringing back the Manzanares River and the neighborhoods around it sounded impossible. As Madrid Río proves, the question for big public projects should not be what can’t be done. No. It’s what can." 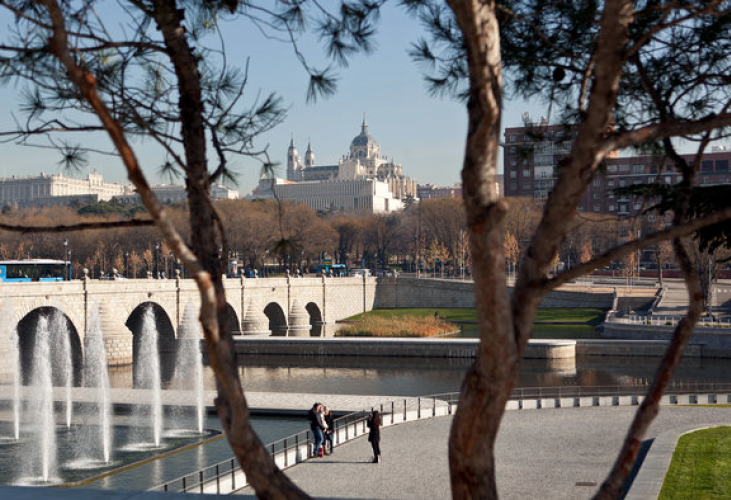 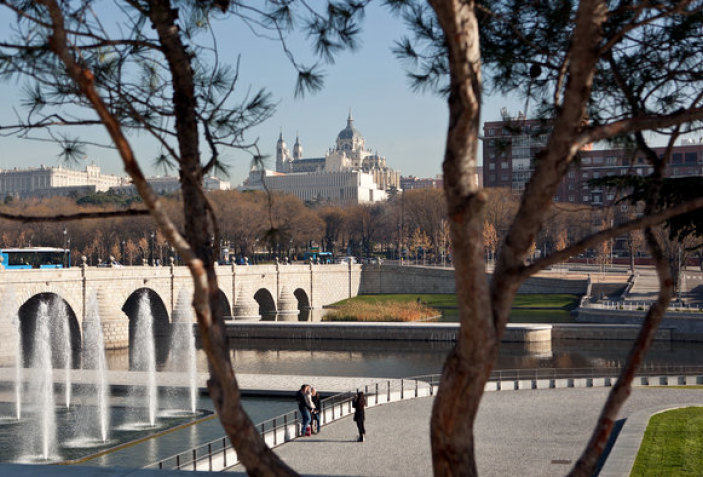