Marisa Gonzalez participates with several video creations in the Central Pavilion in the Venice Architecture Biennale 2012. Together with Andreas Gursky, in the hall dedicated to the HSBC building, designed by Norman Foster in Hong Kong. 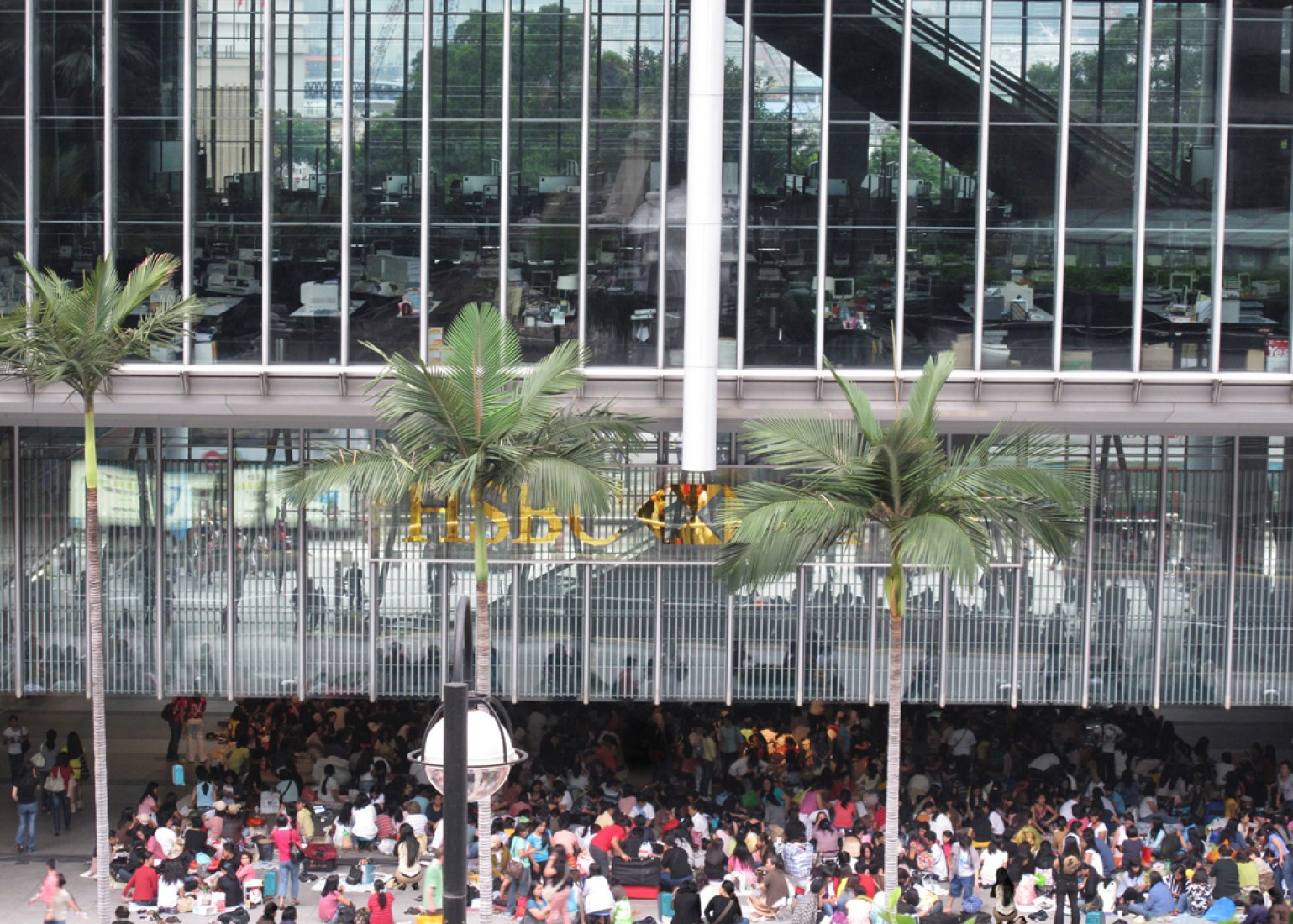 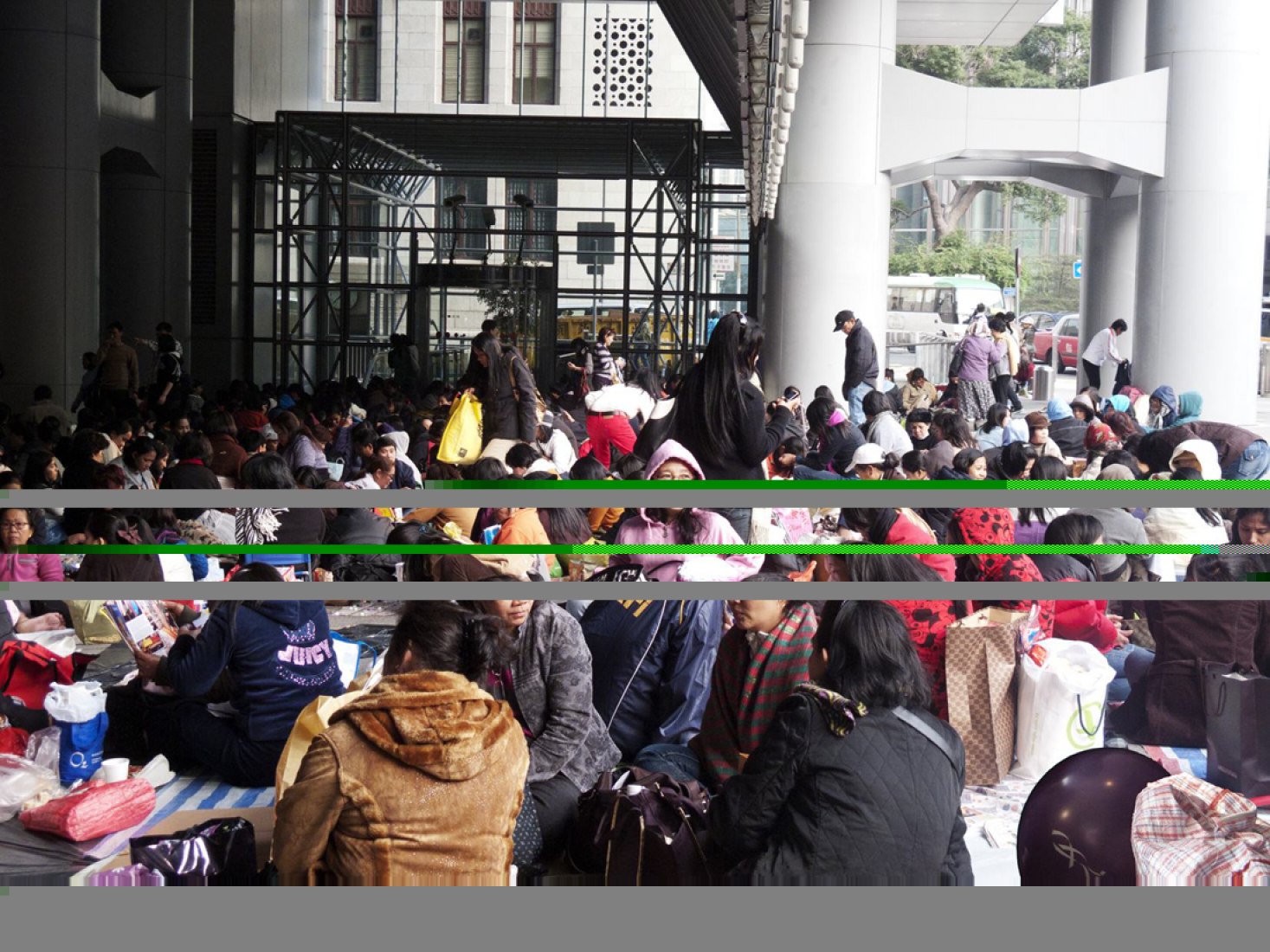 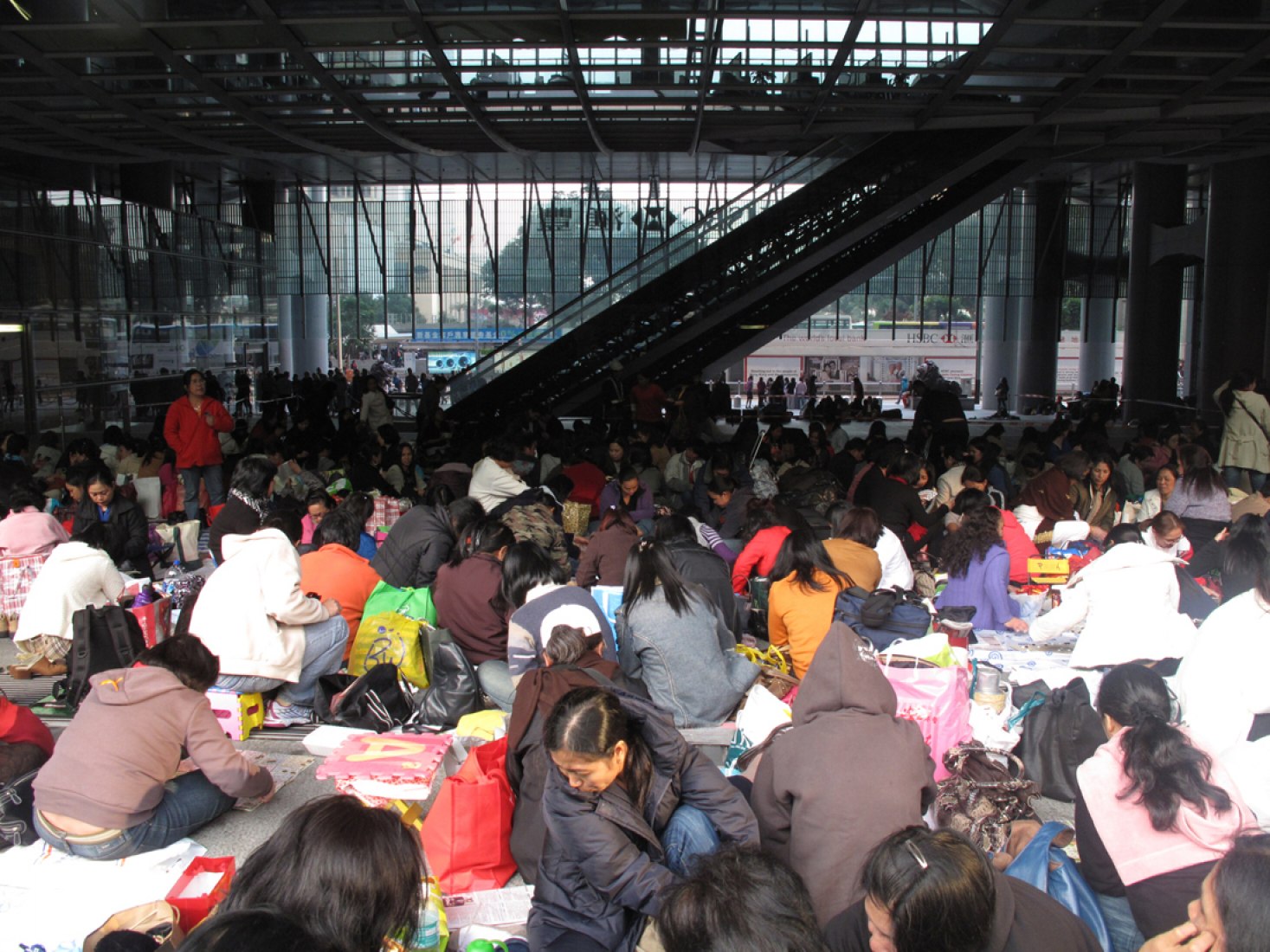 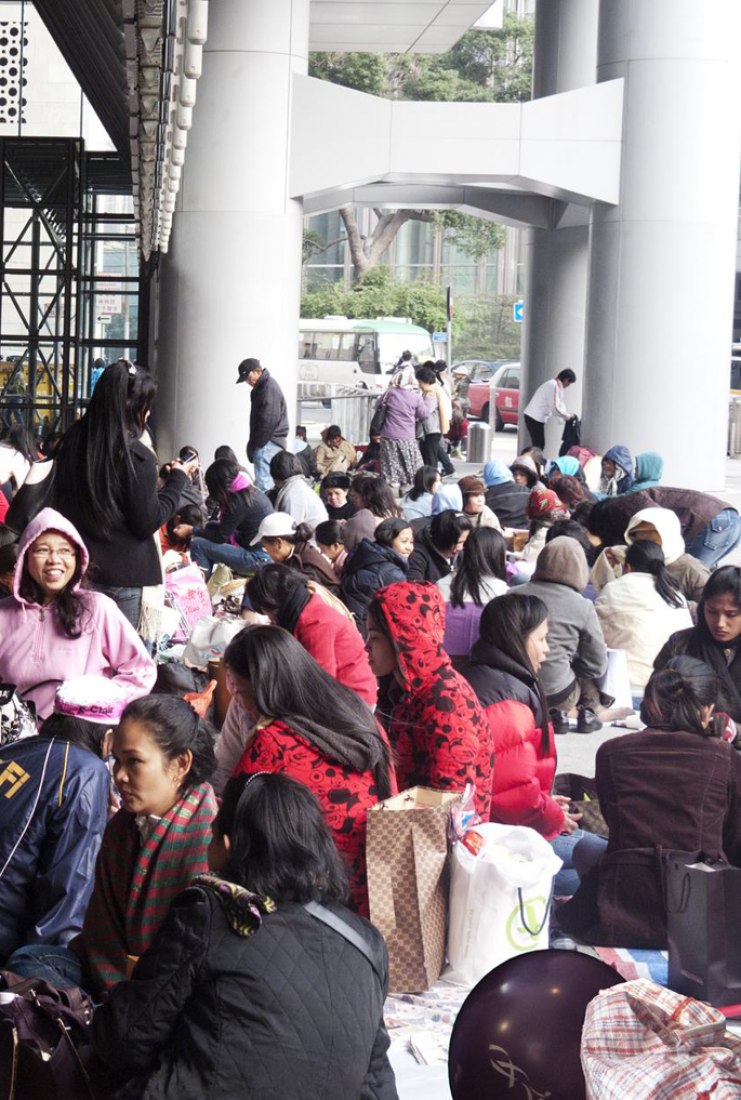 The Spanish Marisa Gonzalez is among the few artists invited to participate in the 13th Venice Architecture Biennale, "Common Ground", which aims to "focus the gaze in the collaborative processes that occur in the current architecture", with the presence of artists, University specialists, urban planners, etc., together with the architects themselves.

A hall of the Central Pavilion Giardini will be entirely dedicated to the building of the HSBC Bank, that Norman Foster designed in Hong Kong in the early 1980s, that today has become the epicenter of various social movements that take place in the city. The room is composed of scale models and original drawings by Norman Foster, the emblematic picture of Andreas Gursky "Hong Kong Bank" and several previously unreleased video creations of the project "Female open space invaders / Them Philippines" by Marisa González.

In this sense, the Bank building is the subject of the project developed by Marisa González for the Venice Biennale, comprising both photographs and new videos, which completed the series "Female open space invaders / Them Philippines". This project was filmed in Hong Kong, with testimonies of several women, and in the Philippines, with interviews with their families. The project, in different formats, has been exhibited in galleries and international contemporary art centres.

"Female open space invaders / Them Philippines" seeks to understand the current situation of the crisis of capitalism, focusing on the reuse and adaptation of the major financial centres, as well as the impact on Hong Kong of the "boom" in the life and economy by more than 150,000 Filipino women, working as domestic employees in Hong Kong.

Every Sunday, their weekly free day, thousands of them invade and settle in the streets, parks and squares of the financial and commercial centre of the city, where they built its campuses of collective intimacy and develop activities related to rest, leisure and the socialization throughout the day. They are women who have sacrificed their lives to improve the quality of life of their family and their children. The building most emblematic occupied by these emigrants is, precisely, the HSBC Bank of Hong Kong.

"Female open space invaders / Them Philippines" reflects the mechanisms of appropriation and occupation of the territory and the contrast between the financial landscape and the use collective and popular, that at the same time performs a decoding of the monument, with the transposition of its uses and various types of colonization and the developing of new habitats as foreign domestic units.

In the context of this project, in October will be presented in London the Critical Cities Book Vol 3 (edited by Deepa Naik and Trenton Oldfield, for the London Publishing House, Myrdle Court Press), which includes a 26 pages photo essay of the project "Female open space invaders / them Philippines".

Coinciding with the presence in Venice, Marisa Gonzalez participates with five large format works in the collective exhibition "Feminist genealogies in the Spanish art: 1960 - 2010", which can be visited until January 6, 2012, at the Museum of Contemporary Art of Castilla and León, MUSAC. The exhibition wants to underline the importance that had the discourses about gender and sexual identities in the Spanish artistic production since the sixties of the last century. The exhibition, curated by Juan Vicente Aliaga and Patricia Mayayo, proposes the rereading of the history of the recent Spanish art from new prisms. Throughout September and October the video "Them Philippines" will be displayed in the Cervantes Institute of London, and the video art fair "Moving images", will present a new version of this work. 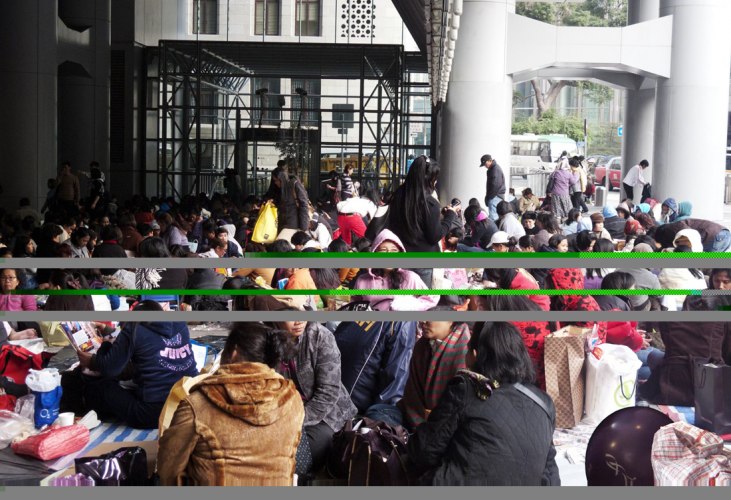 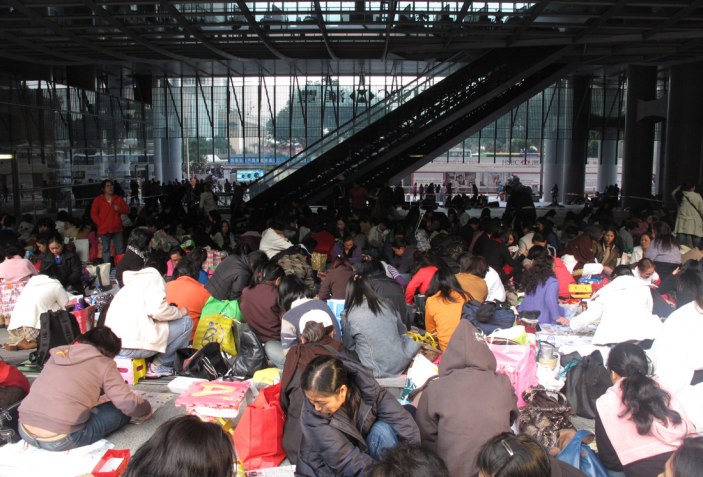 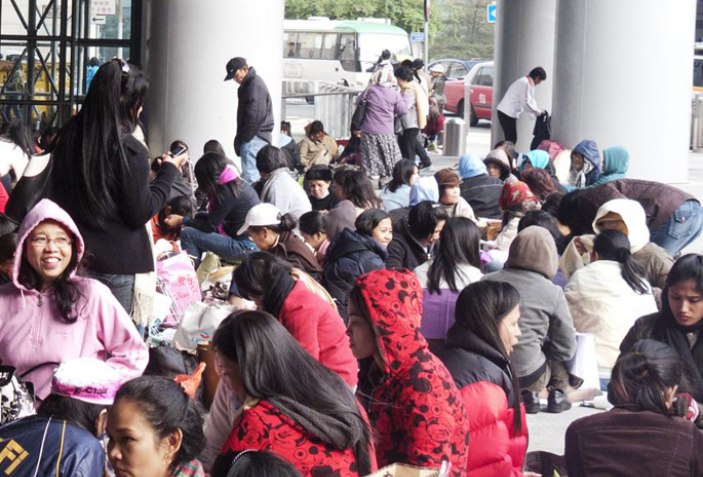 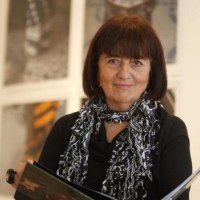 Photographer and multimedia artist, Marisa González is one of the Spanish pioneers in the application of new technologies of reproduction and communication in the artistic creation. A graduate in Fine Arts from the University of Madrid, 1971, Master in the Art Institute of Chicago in the Generative Systems Department, 1973 and graduated in B.F.A. at the Corcoran School of Art, Washington, in 1976. His career is marked by the systematic relationship with the continuous change of Technology in the contemporary society: from his early work with photocopiers in the early 1970s then with faxes, and then with computers and video.

In the last decade, his most recognized works have focused on the city, its changes and metamorphosis, including projects of industrial architecture, which made the itinerant exhibition "La Fábrica", at the Fundación Telefónica in Madrid and in the Sala Rekalde of Bilbao, and the project "Lemoniz Nuclear", in the Centre of Contemporary Art of Burgos (CAB), among others.  Marisa Gonzalez's projects and installations have been exhibited in major national and international exhibitions. 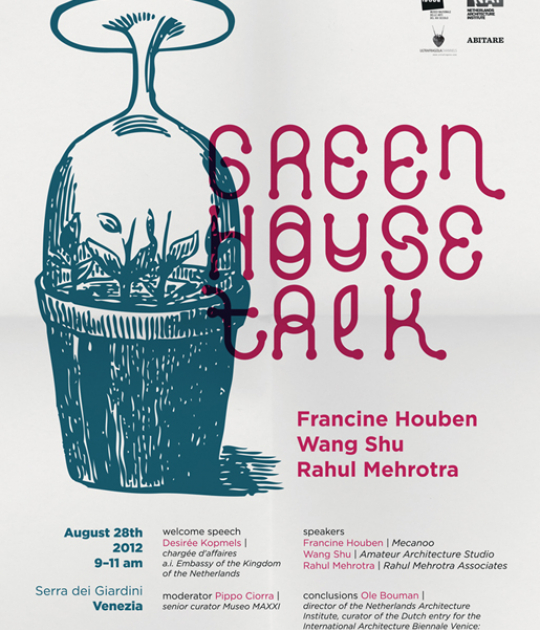