In the framework of the Biennale di Venezia, the Palazzo Bembo hosts the group exhibition “Traces of Centuries & Future Steps”, bringing together 56 guest architects from 26 countries, in which Josep Lluís Mateo presents the montage “EARTH”. 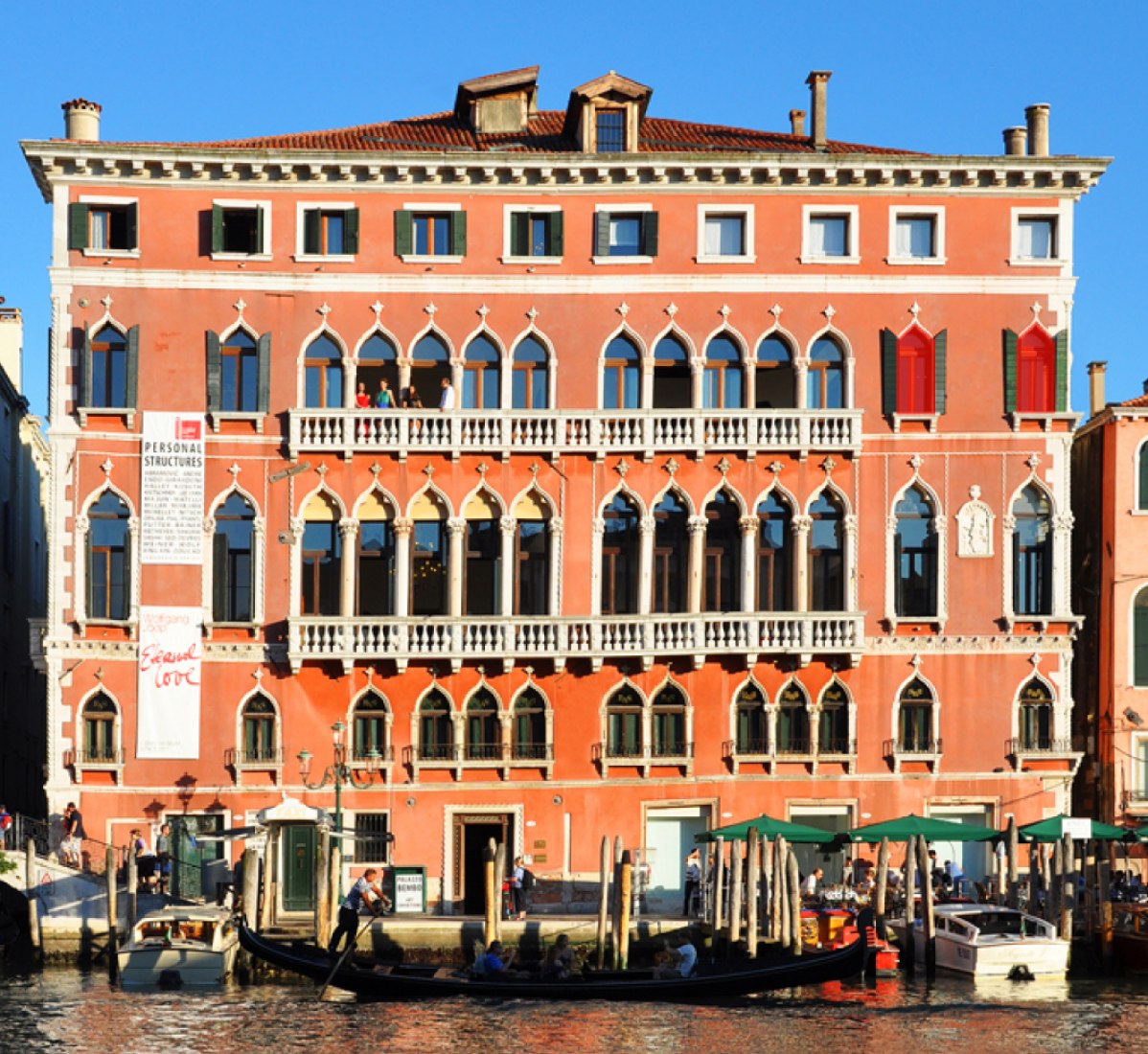 The Palazzo Bembo is a beautiful palace of the XV century located opposite the Grand Canal of Venice and whose facade is an example of the Venetian-Byzantine style. From the showroom we observe the canal, the water and the sky (air) from the outside in connection with the concept of land that covers the room.

Josep Lluís Mateo shows us the foundations that support 4 chosen works, traveling through time, from the Bronze Age to our days connected by the earth. 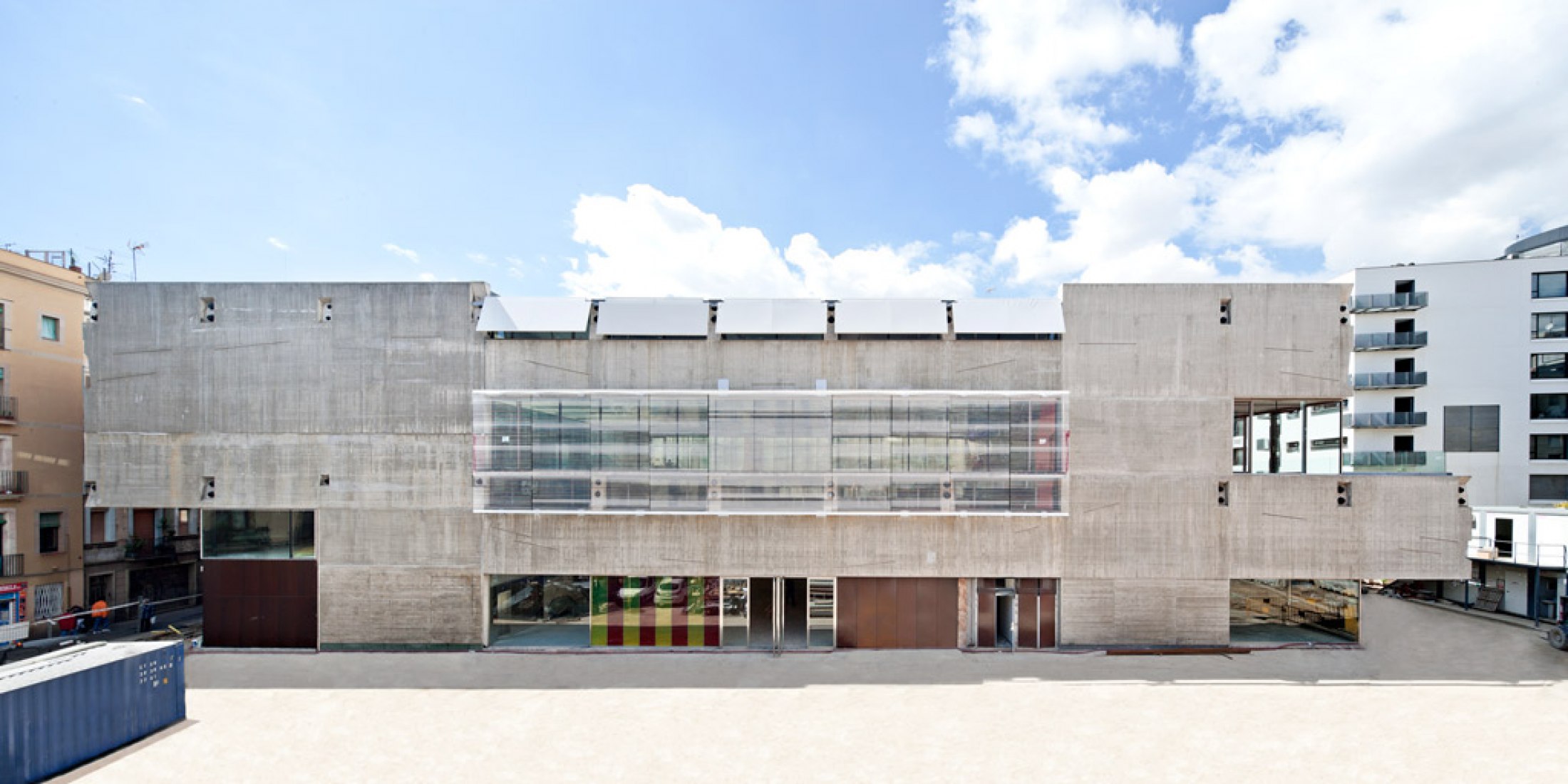 The principal example is the building for the Filmoteca de Catalunya, the construction of which uncovered the remains of a medieval prison for women and vestiges of the Bronze Age. Headquarters of the new Film Theatre of Catalonia in the Raval district of Barcelona. Photography © Adrià Goula. 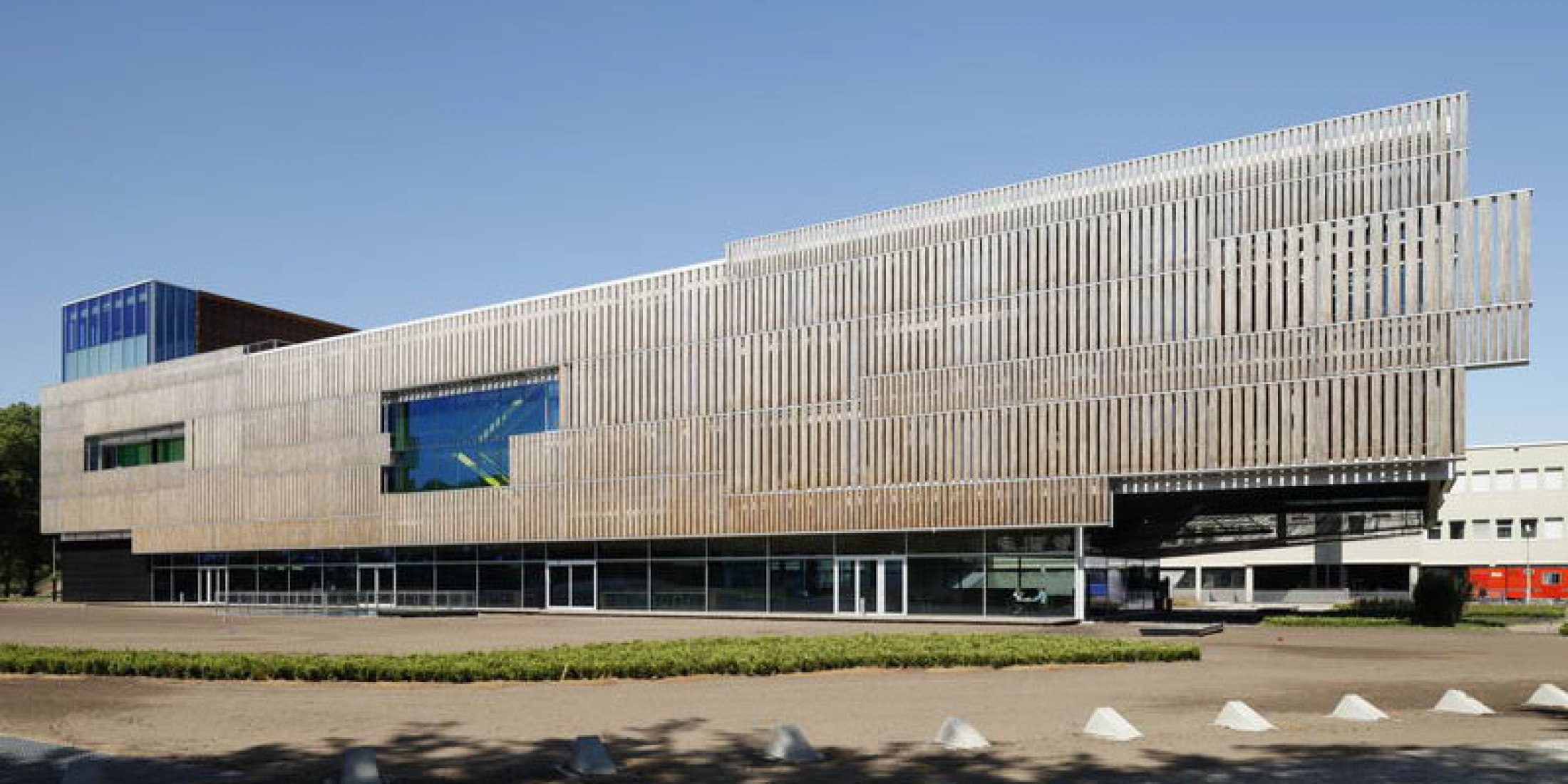 Contrasting with the Filmoteca is the extension of the central headquarters of the company PGGM in Zeist (Holland), an avant-garde work where the greatest effort is concentrated on the basement floors that accommodate the car park, thereby allowing the restoration of the green spaces adjacent to the building. New Headquarters of PGGM insurance company in Zeist (Holland). April 2011. Photography © Adrià Goula

Finally, the dwellings in the Borneo dock (Amsterdam) connect this concept of earth with those of air and water, elements that can be seen from the windows of the gallery, interacting with the content inside. Dwelling in Borneo Dock (Amsterdam). Photography ©Xavier Ribas

The earth is our support, our base, the root that will, eventually, allow us to fly.

To speak of the earth requires us to think about water, the slow force that moulds, cracks and bores. That transforms and sometimes also weakens it.

It also requires us to think about air, empty space, the wind that moves over the surface of the earth’s crust and which our buildings, extensions of that crust, channel or resist.

Our work with earth represents hollowing it out, boring into it, penetrating it. Guaranteeing the transfer of loads and fluids towards it, where they dissipate.
Vertical dimension: gravitational and spatial.

And also moulding it, reorganizing the topography (probably introducing geometry into it), reinforcing it, cladding its surface.
Horizontal dimension: superficial and open.

The earth—the start and the end of architecture» 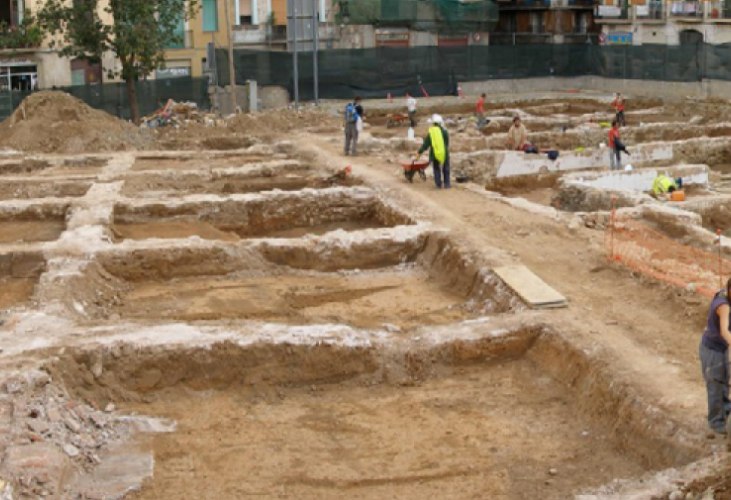 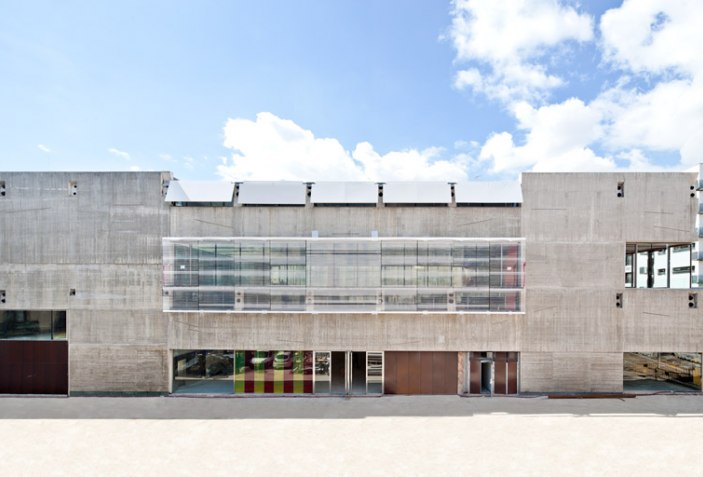 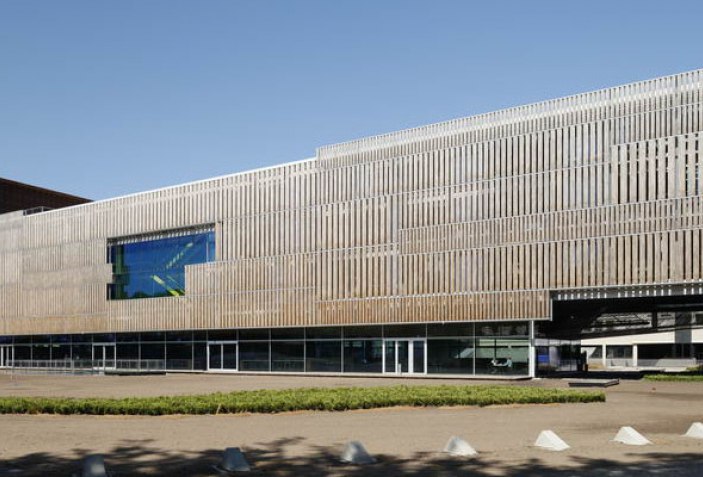 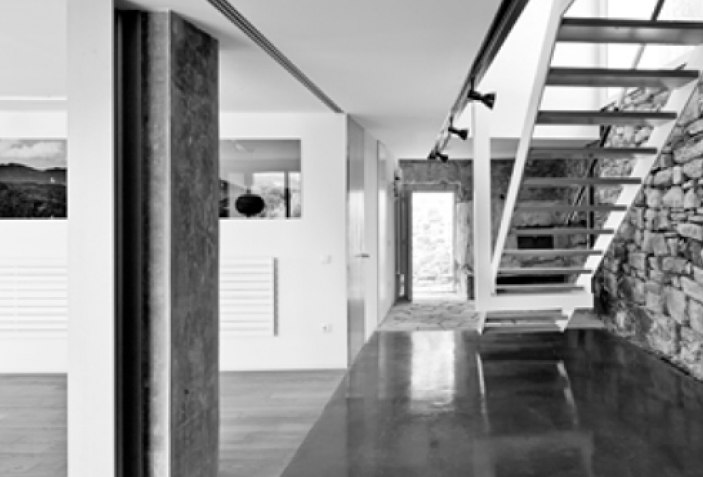 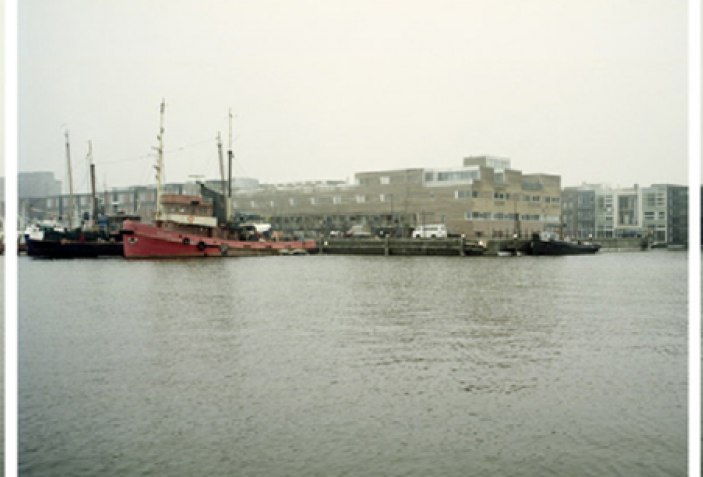 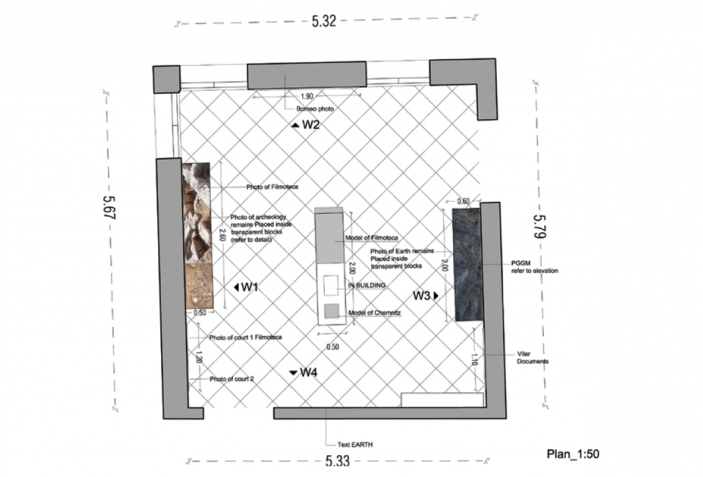 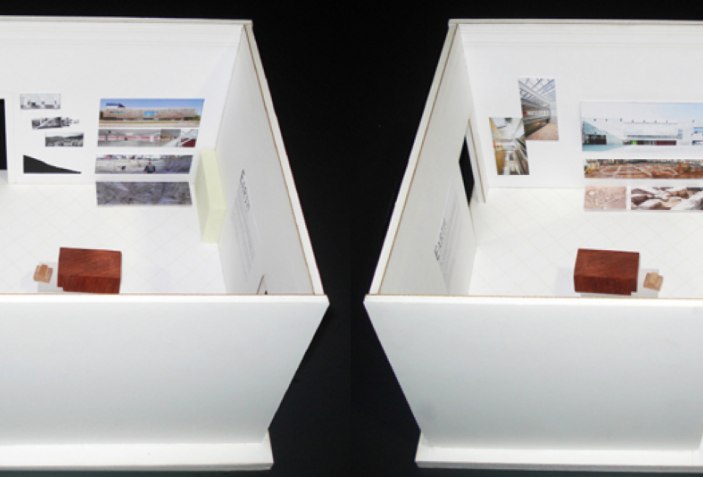 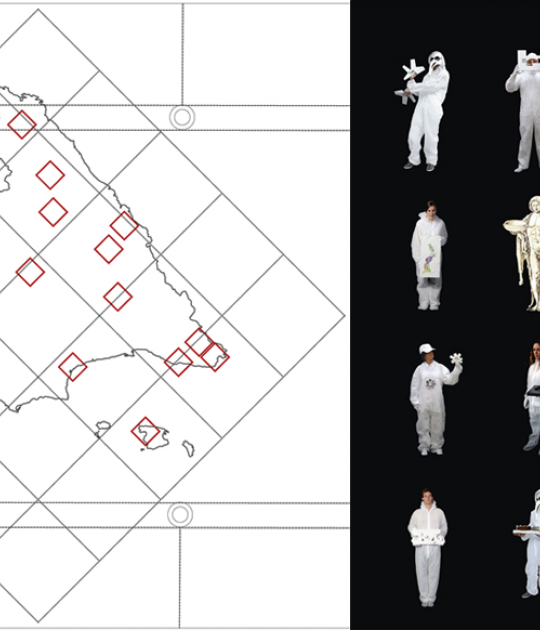