In 1989 Ingvild Goetz commissioned Herzog & de Meuron an art gallery on his house's garden. The gallery should act as a temporary house. Located in Oberföhring, Munich, the gallery is expected to house a private contemporary art collection specialized in povera art. 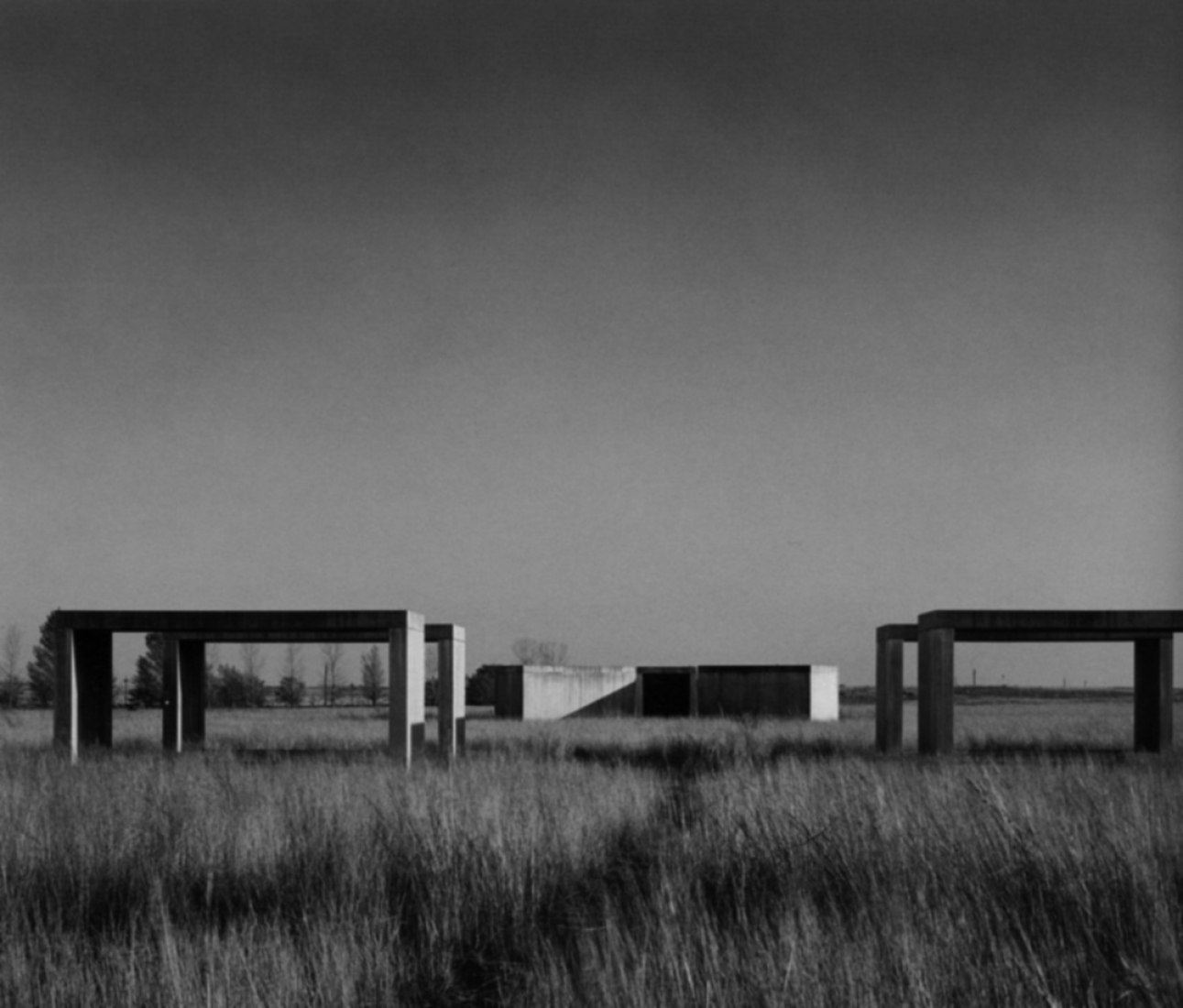 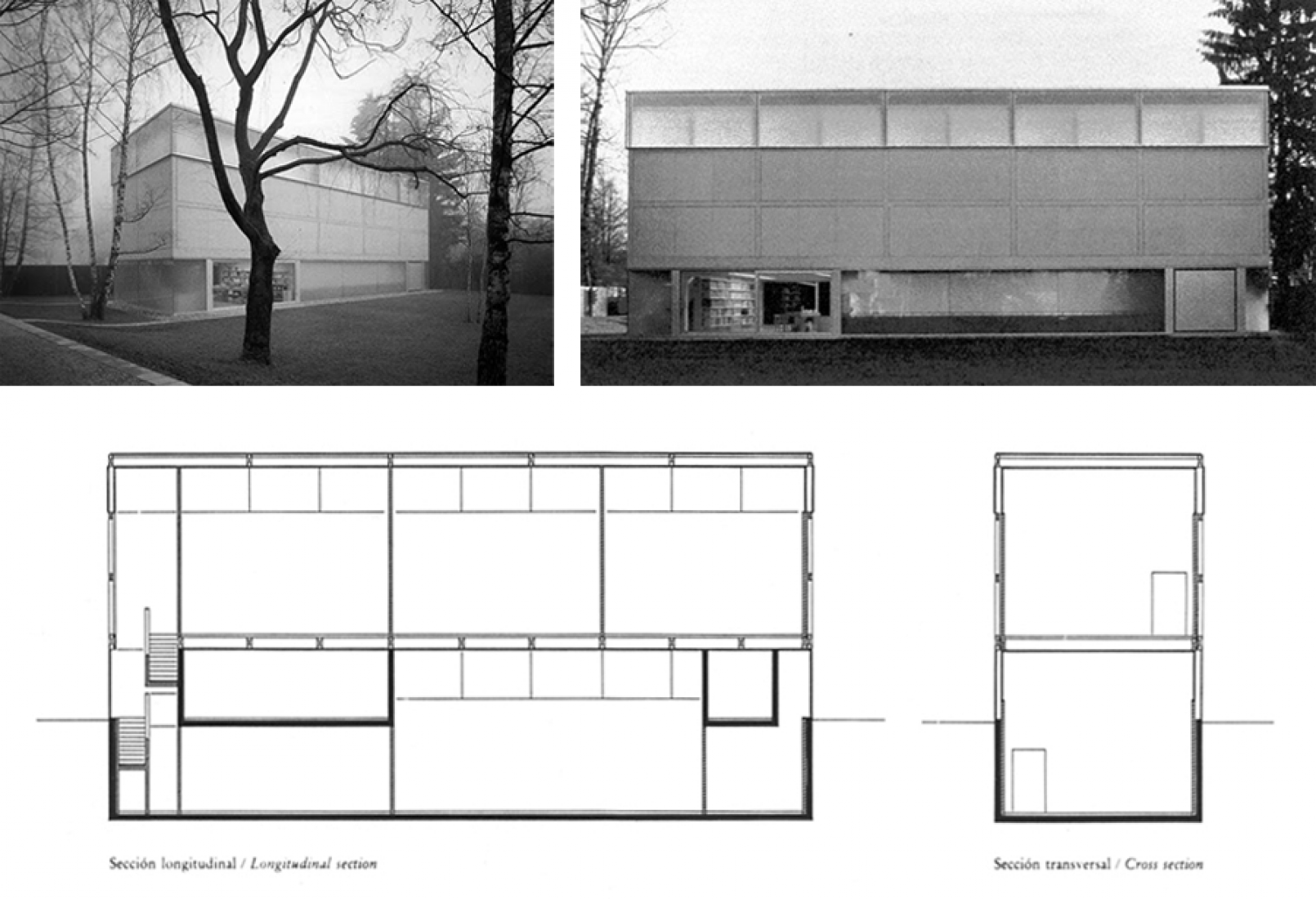 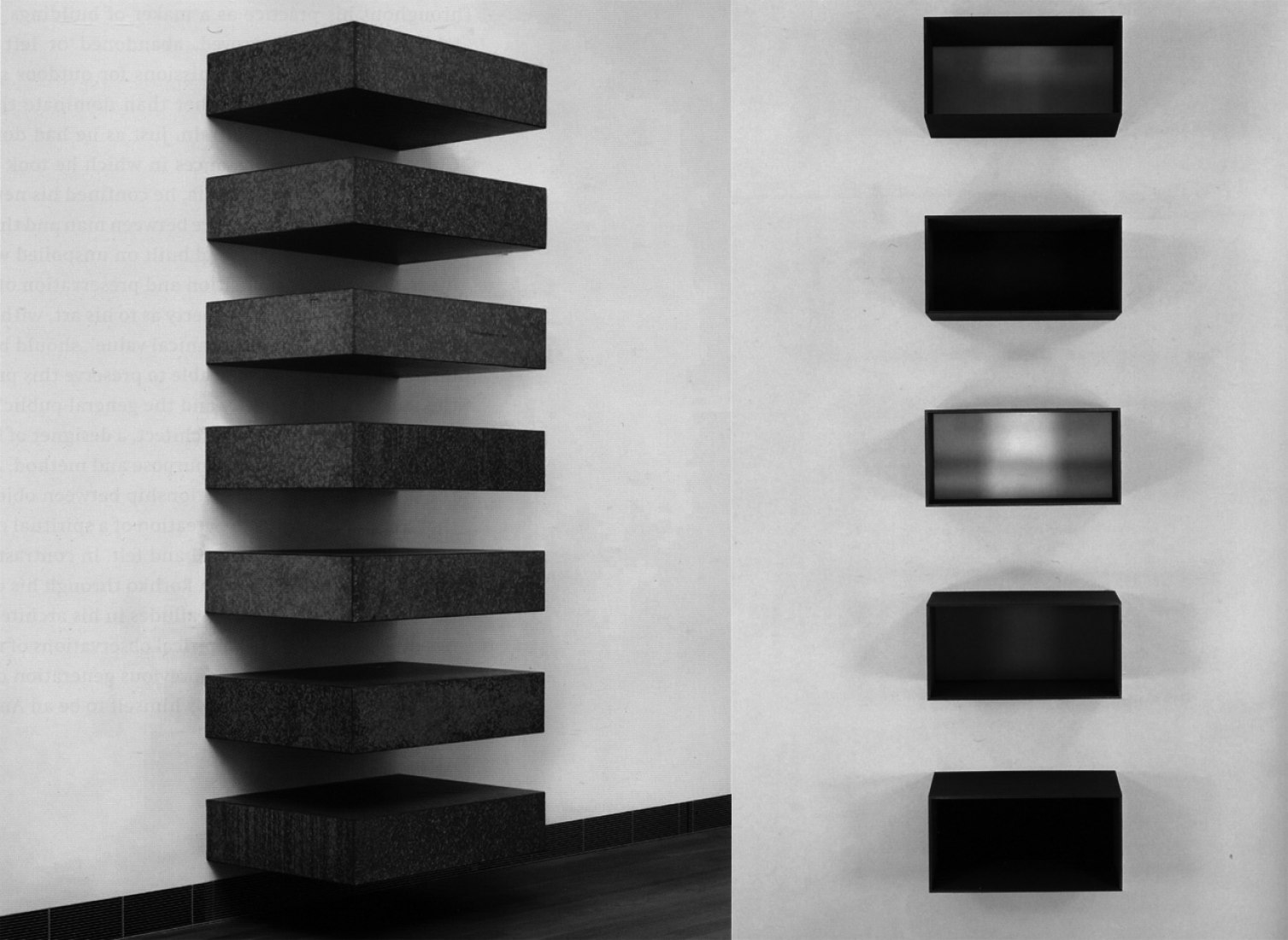 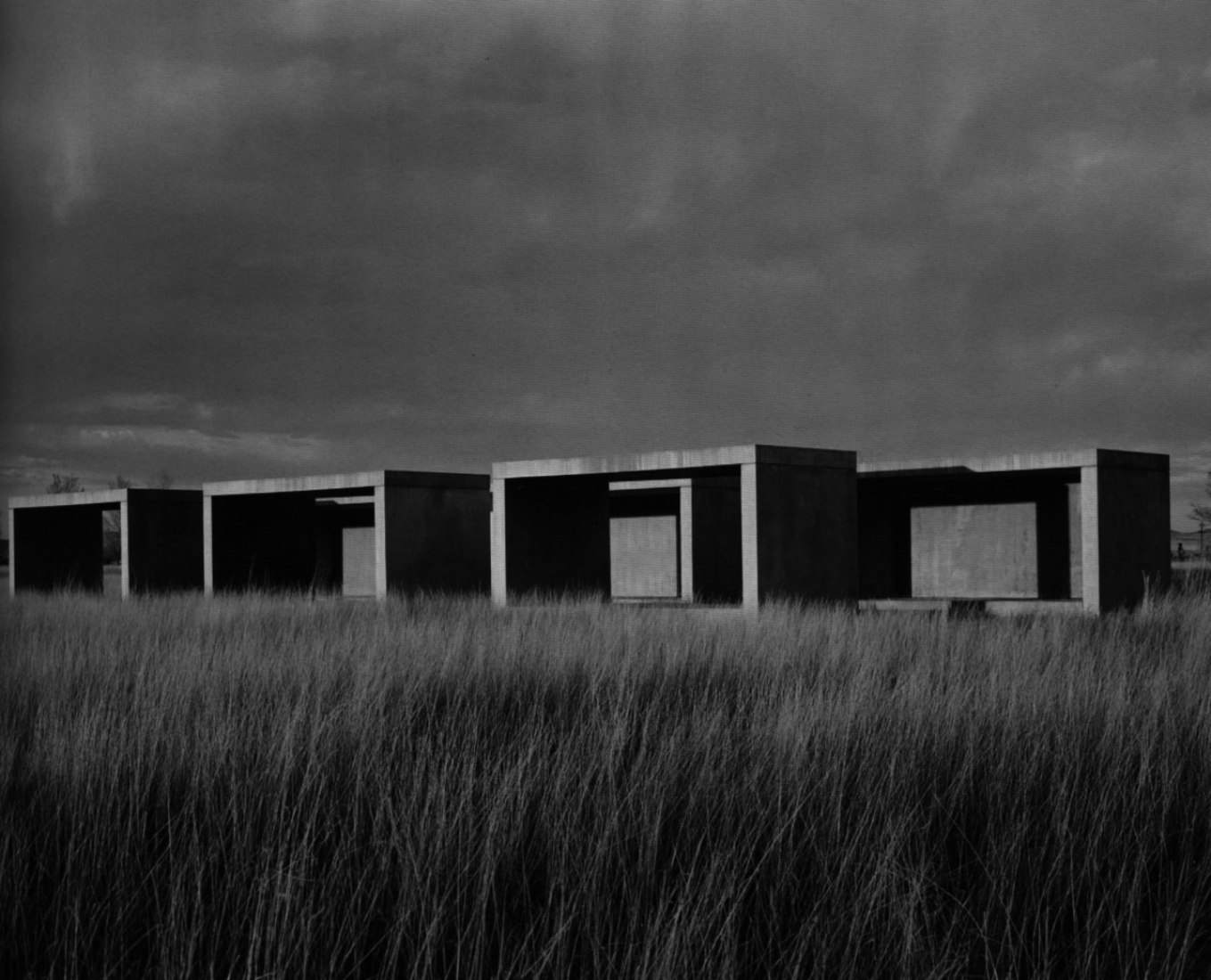 Herzog & de Meuron, at this point in the early 90s, were applying the term “minimalism” to some of their work and the Goetz gallery is perhaps one of the paradigmatic projects of this period. The choice of this term would appear somewhat odd given that Minimalism first emerged way back in 1965-66 with the publication of such seminal articles as Specific Objects by Donald Judd in the Arts Yearbook (1965) and Notes on Sculpture by Robert Morris in Artforum International Magazine (1966).

During the 25 years between the birth of Minimalism and the construction of the Goetz gallery, Minimalism re-emerged having undergone a critical review, and this was not unbeknownst to Herzog & de Meuron. We will see how the architects' view on Minimalism also constituted a critique as we take a closer look at the gallery.

To understand this second revisited Minimalism, that of Herzog & de Meuron, we must first travel back and re-examine Minimalism especially insofar as it was challenged to the extreme in what became known as institutional critique.

In 1971, Edward Fry, curator at the Guggenheim Museum in New York, and the artist Hans Haacke cancelled a retrospective in protest against the request from the museum director, Thomas Messer, to withdraw two pieces. That same year and in the same museum, prior to the 6th Guggenheim International Exhibition, Donald Judd, Dan Flavin, Joseph Kosuth and Richard Long objected to the inclusion of Daniel Buren’s Peinture-Sculpture, despite the approval of the exhibition curator, Diane Waldman. One year later in 1972, Marcel Broodthaers exhibited his Musée d’Art Moderne, Département des Aigles, Sections des Figures (Museum of Modern Art, Department of Eagles, Financial Section) in the Düsseldorf Kunsthalle, where the artist played the role of museum director, administrator and manager.

The underlying conflict in all these instances is none other than an institutional critique of the museum itself. The pre-eminence of the institutional framework for Broodthaers’ Musée d’Art Moderne immediately unmasked the complicity between the museum and other types of artwork. The mere presence of a piece of this nature in a collective exhibition challenges the raison d’être of the others in relation to the museum. The displacement of art outside the physical space of the museum or the deskilling (loss of production value) process were just some manifestations of this unease. 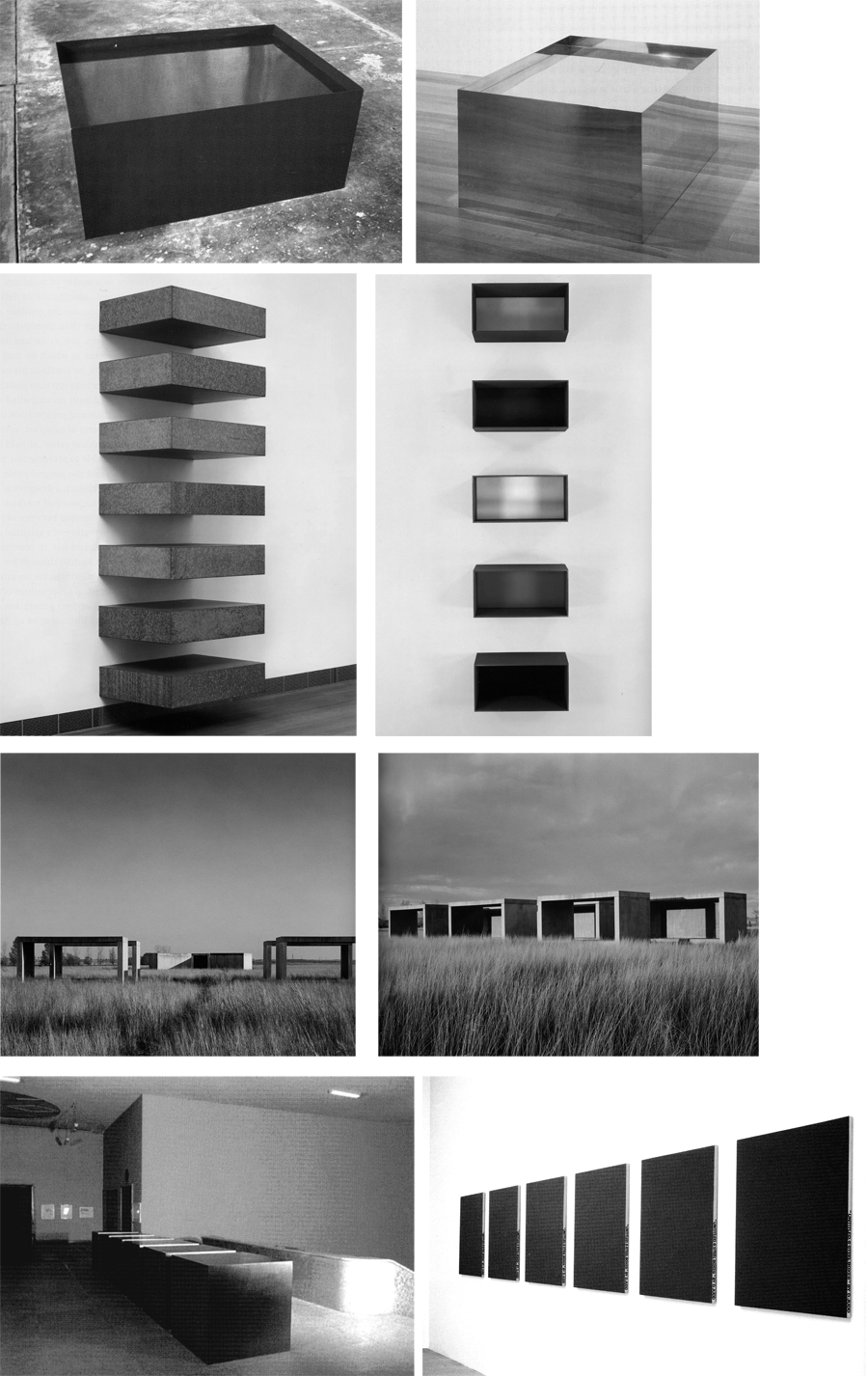 Herzog & de Meuron worked closely with Rémy Zaugg for several years and in 1996 designed a studio for him in Mulhouse-Pfastatt, France. Earlier in 1982, Zaugg published an essay, Die List der Unschuld, proposing a critical review of Minimalism. Earlier still in 1972, Zaugg had visited an exhibition in the Kunstmuseum Basel. Franz Meyer, the then director of this public municipal museum in Basel, had exhibited some recently acquired works in the intermediary spaces between the two wings of the museum. There, displayed in the museum's interstitial spaces, were pieces by Donald Judd, Carl André, Andy Warhol, Joseph Beuys and Jean Dubuffet, giving the impression that they were at an impasse between the museum’s storeroom and exhibition space.

Donald Judd's Untitled, Six Steel Boxes (1969) were aligned parallel to the landing balustrade on the upper floor of the museum. The temporary nature of the exhibition, particularly Judd's work, prompted Rémy Zaugg to write the essay and later to produce other pieces on canvas. Zaugg emphasised the importance of the museum for minimalist art. Without the museum, minimalist art with its limited representational capacity is more akin to mere industrial objects and far removed from the world of art.

Zaugg highlighted not only the acclaimed gestalt relationship between the spectator and minimalist art, but also the interrelationship both have with the exhibition space. In this sense, he concurred with the institutional critique mentioned earlier as posited by Haacke, Buren or Broodthaers, as well as Duchamp and his young friends, John Cage, Jasper Jones and Robert Rauschenberg in the 1950s. This is where the Goetz gallery can be aligned to Zaugg's trail of thought, making it highly implausible that Herzog & de Meuron were not aware of this debate as they embarked on own their minimalist period.

As requested by Ingvild Goetz, the gallery was aligned along the garden wall to protect the garden from the hum of heavy traffic from the nearby street, and freeing up much of the garden which was of paramount importance to Ingvild.

The path leading to the gallery is lined with poplar, fir and other trees and a nicely trimmed lawn. As you draw closer, a freestanding volume of some 24 x 8 meters stands to meet you. The first impression is of pure volume. It consists of a triple-band prismatic box. The central band is an opaque concrete layer flanked by two translucent white opaline glass bands, one at ground level and the other crowning the gallery.

The vertical alignment of the construction joints in top two layers is not carried over to the lower band producing an impression that the top layers are simply hovering over the first, free of any visible structural elements. Specific architectural qualities, such as tectonic forms, are thus eluded inviting the visitor to view the structure as an object in itself, in a minimalist fashion. The absence of traditional architectural features amplifies this feeling.

The striking abstract tripartition leaves little room for conventional readings; no doors, windows, eaves, etc. Lacking any features that would normally guide our initial impression, we are inclined to think that the tripartite division is a reflection of the interior levels; that the gallery is surely divided into three levels with a blind strip in the middle.

But not so! On entering the gallery, the visitor experiences a strong sense of spatial disorientation. What we assumed to be the ground floor is just a small mezzanine office and library. From there, we can choose go up or down one of two parallel flights of stairs to access the exhibition space, only to later find an almost identical space when visiting the contiguous space above or below.

The characteristic unity associated with Minimalism that the building expressed on the approach is now abruptly ruptured. The visitor no longer views the garden, but descends to the unexpected lower level which is illuminated by a strip of natural daylight running along the top. Having lost the garden as a reference point, the visitor is unable to distinguish the lower level from the garden level and the same sensation is repeated when we go upstairs: disorientation in relation to the outside space.

With the two spaces being proportionally identical and the decontextualisation in relation to the outside, the upper and lower spaces become interchangeable. You could mistakenly believe that you are on the lower level when in fact you are on the upper level, and vice versa, while still recalling the initial tripartite impression on the approach to the gallery. Like an illusionist’s trick, the gallery converts the three levels hinted at from the outside into two. The absence of a relational capacity means that the spaces cannot be situated in reference to the outside, leaving the visitor a little perplexed and slightly disoriented. 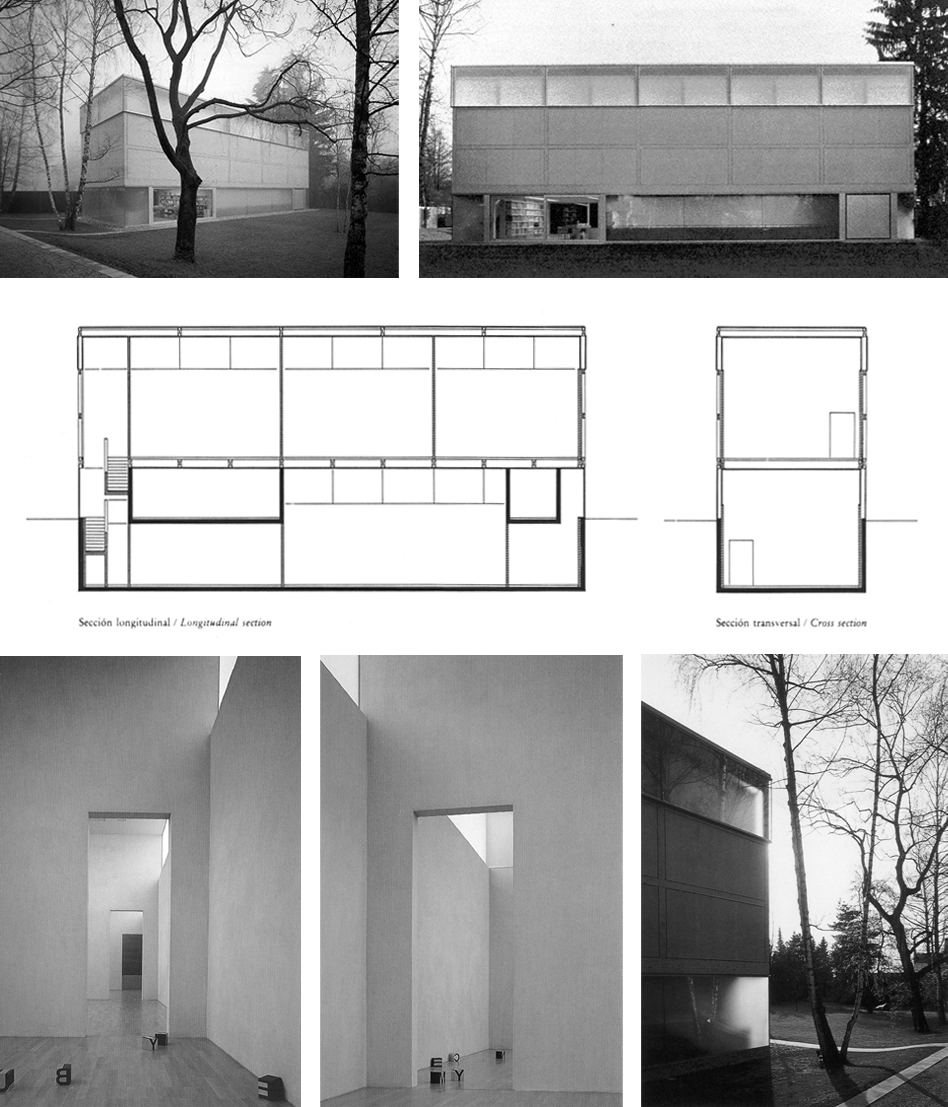 The rupture of the apparent unity by the perceived contradiction between the inside and the outside refutes the first hypothesis of Minimalism: the perceptual unity of the object. However, the abstract quality of the volume, as well as the interior partitions, the rough plaster interior finishes and the elongated windows are all players in the minimalist edifice.

The Goetz gallery is, therefore, an example of how Minimalism has been revisited in the world of architecture. It offers a critical, if not ironic, vision of minimalist unity and the limited ability of Minimalism to relate to the phenomenological perception and the institutional framework. Like the proverbial jack-in-the-box, Herzog & de Meuron torpedo the very essence of Minimalism constructing a space where phenomenological aspects are amplified through a sequential complexity. The gallery implodes in on itself creating a series of perceptual enigmas that distort the canonical unity of minimalist’s readings. The surprise factor was never, after all, within the repertoire of Minimalism.

(1) The artist Marcel Duchamp was already moving in this direction much earlier in 1913 with his early ready-mades, and he was a regular reference on matters relating to institutional critique.
(2) The artist Rémy Zaugg, who died in 2005, deserves special mention as he collaborated in numerous studio projects. His text Die List der Unschuld53 was an acknowledged influence on the architects. Many of the artist's projects in public art, curating exhibitions, architecture or urban planning were conducted in collaboration with Herzog & de Meuron. The list of Rémy Zaugg and Herzog & de Meuron collaborations illustrates its intensity and extent throughout the years: University Campus of Bourgogne in Dijon, the studio for the tri-national conurbation in Basel, the projects for the 20th century museums in Munich, curator of the exhibition Herzog & de Meuron. Une exposition in the Georges Pompidou centre in Paris, the artist's own studio in Mulhouse, the Fünf Höfe project consisting of five courtyards in Munich, and the wall painting in the Roche Pharma Research building in Basel, for which the reference is given here:
Rémy Zaugg, Architecture by Herzog & de Meuron. Wall painting by Rémy Zaugg. A work for Roche Basel, Birkhäuser – Publishers for Architecture, Basel, 2001.
(3) Rémy Zaugg, Die List der Unschuld: Das wahrnehmen einer Skulptur, Erstpublikations, 1982. English version The Guile of Innocence.
(4) This essay is explored by Gerhard Mack, Rémy Zaugg, a monograph, Fondation Musée d’Art Moderne Grand-Duc Jean Luxembourg, Mudam, Luxembourg, 2006. Gerhard Mack wrote various publications on Herzog & de Meuron:
Gerhard Mack, Herzog & de Meuron 1978-1988, Das Gesamtwerk Band 1, Birkhäuser Verlag, Basel, 1997.
Gerhard Mack, Herzog & de Meuron 1989-1991, Das Gesamtwerk Band 2, Birkhäuser Verlag, Basel, 1996.
Gerhard Mack, Herzog & de Meuron 1992-1996, Das Gesamtwerk Band 3, Birkhäuser Verlag, Basel, 2000.
Gerhard Mack/Valeria Liebermann, Architecture Landscape Urbanism 3: Eberswalde Library. Herzog & de Meuron, AA Publications, London, 2000.
(5) Jacques Lucan described it as such in “Private Museum for Contemporary Art in Munich. A machine to Sharpen the Eye”, Herzog & de Meuron Sammlung Goetz, Hatje Cantz, Kunsthaus Bregenz, archiv kunst architektur, Werkdocumente 07, Stuttgart, 1985, pp. 12-21.
Concerning the interior design, the artist Helmut Federle wrote “On this project, a creative dialogue was held with Jacques Herzog regarding room measurements, wall texture, the use of light, all the way to the omission of the intermediate ceiling. It is important to me that a basis of mutual trust exists between the architect and myself as collaborating artist. This trust enables me to take part in the discussion of all questions, political and operational as well, without my treading on the architect’s areas of competence or even contending with him for the success of the project”, in the article “On the collaboration between artist and architect”, in the same book, pp. 29-31. 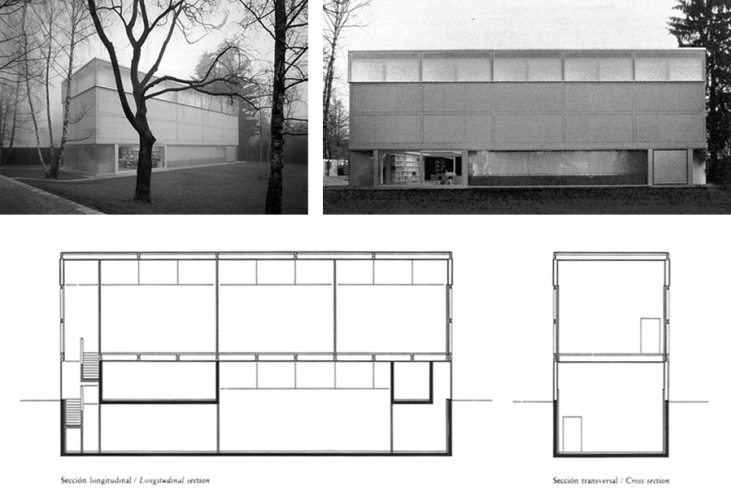 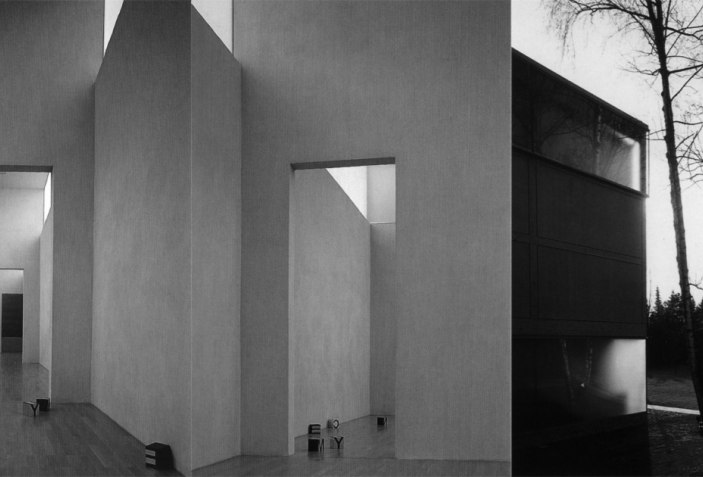 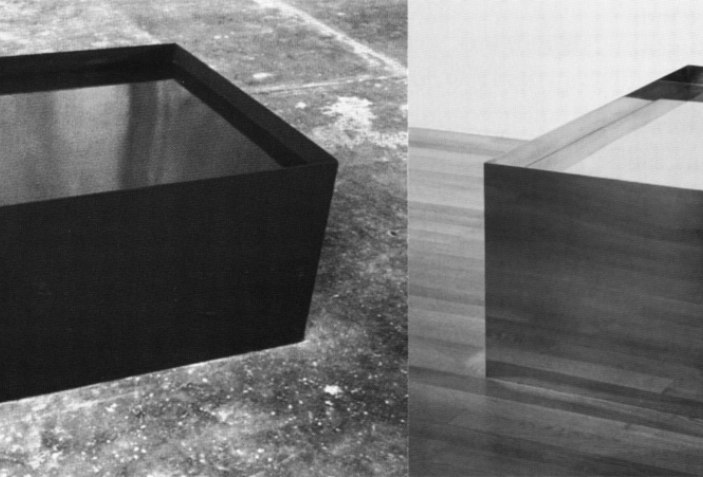 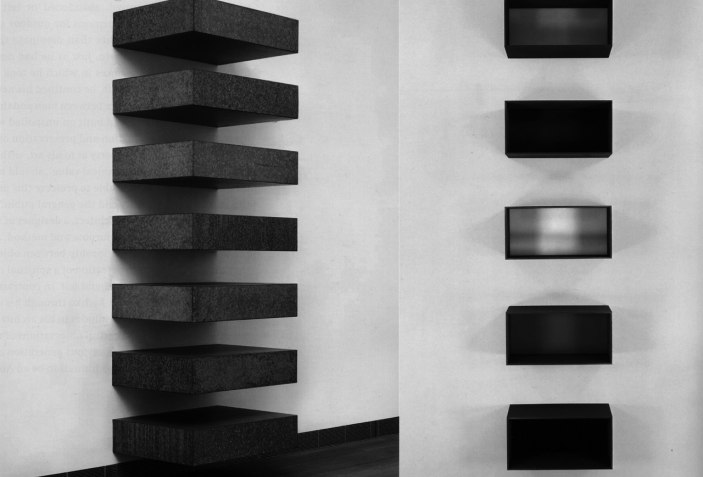 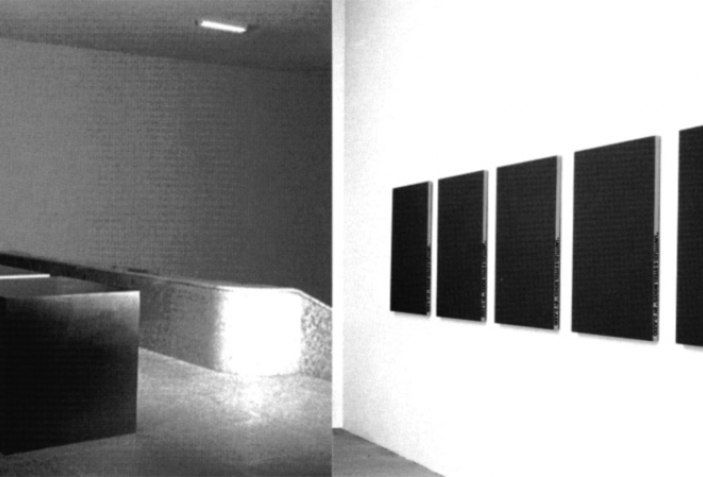 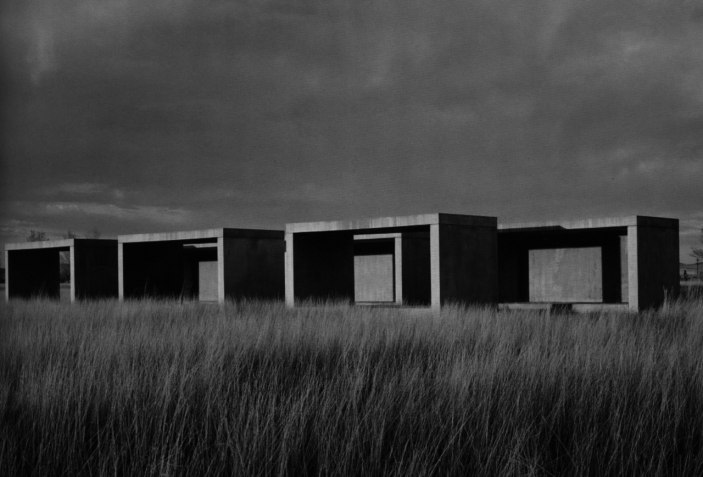 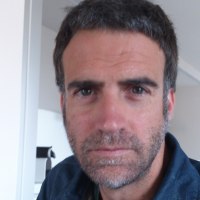 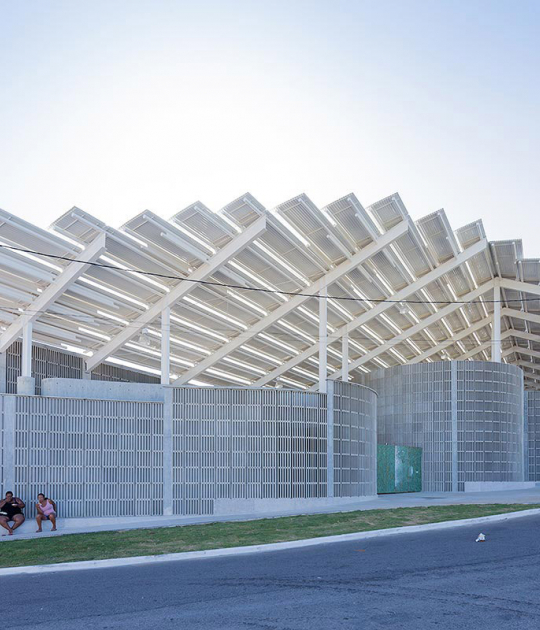 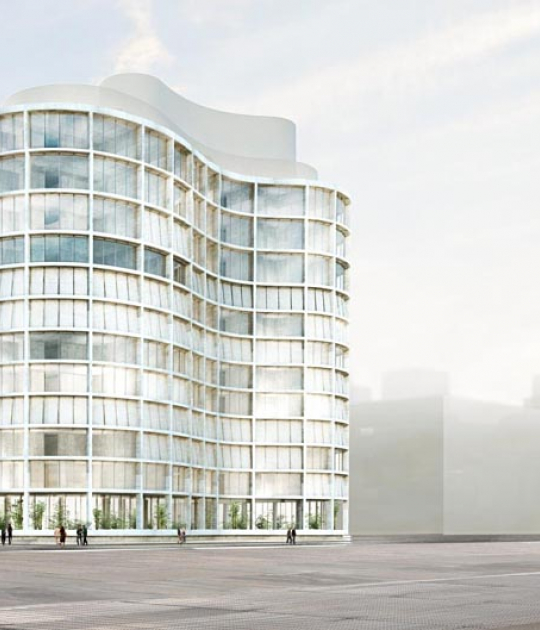 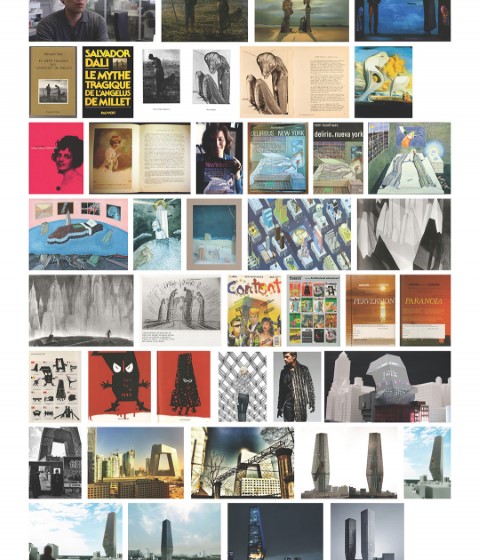 ON A KNIFE-EDGE, by Enric Llorach 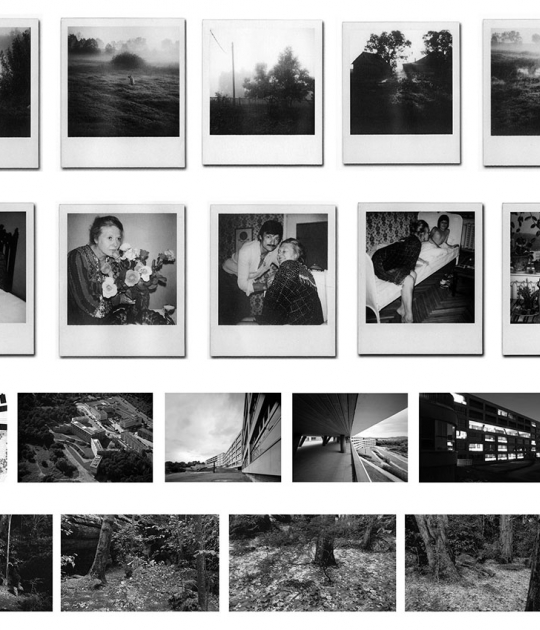 The Aesthetics of Mimesis by Enric Llorach. (2nd PART)