Born in 1944, Christian Boltanski has established an international reputation since the 1970s, as a leading artist at the forefront of the contemporary scene. 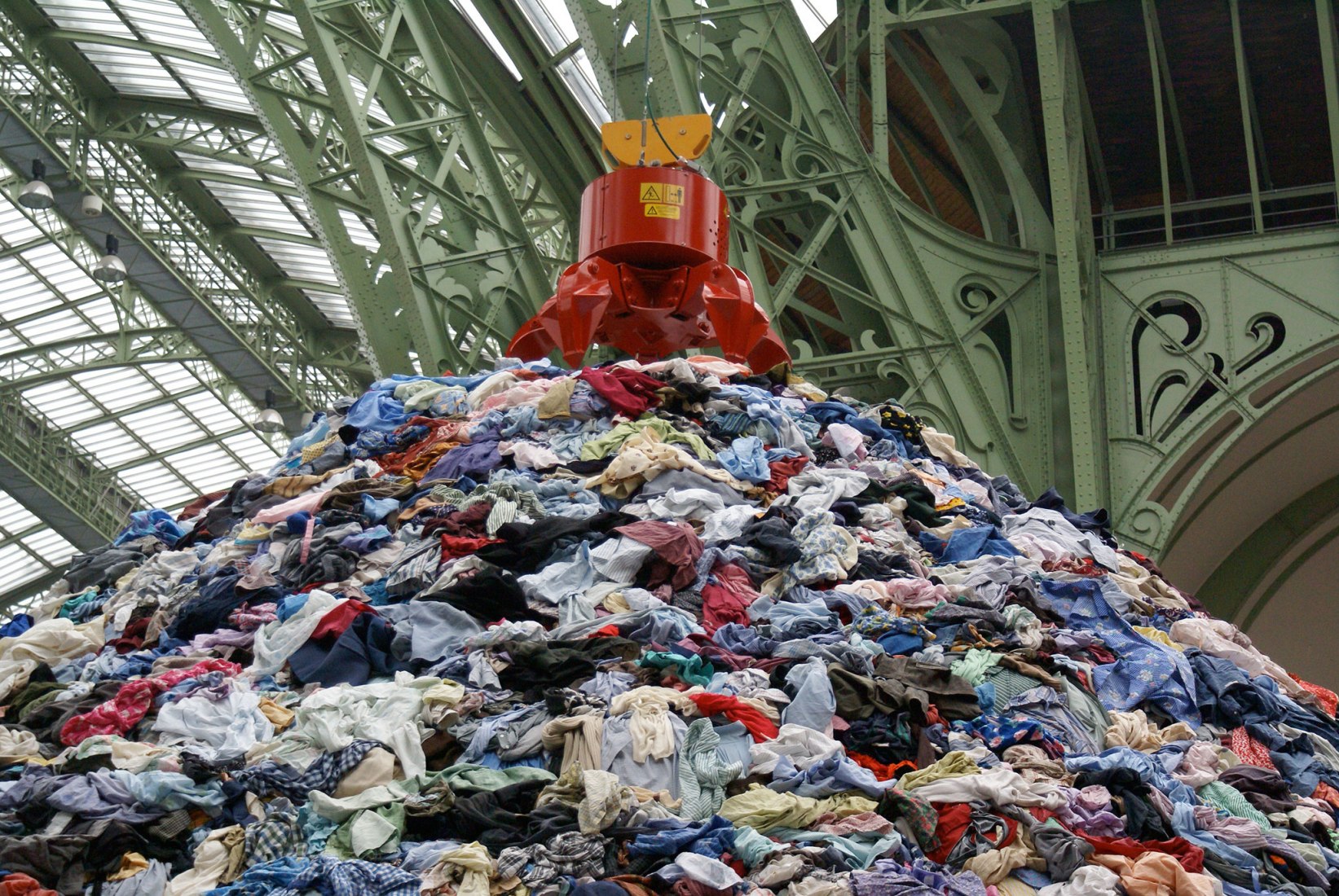 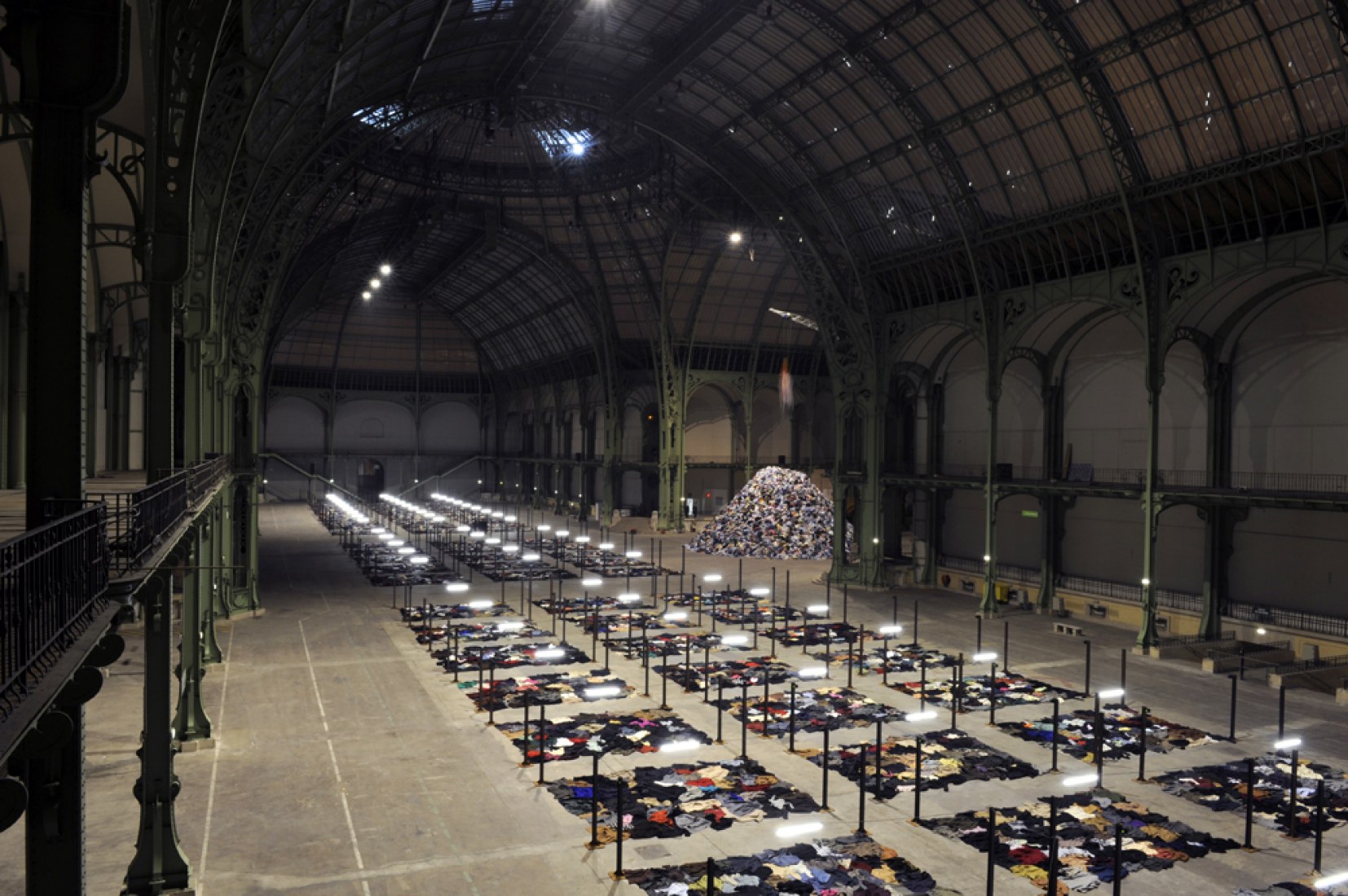 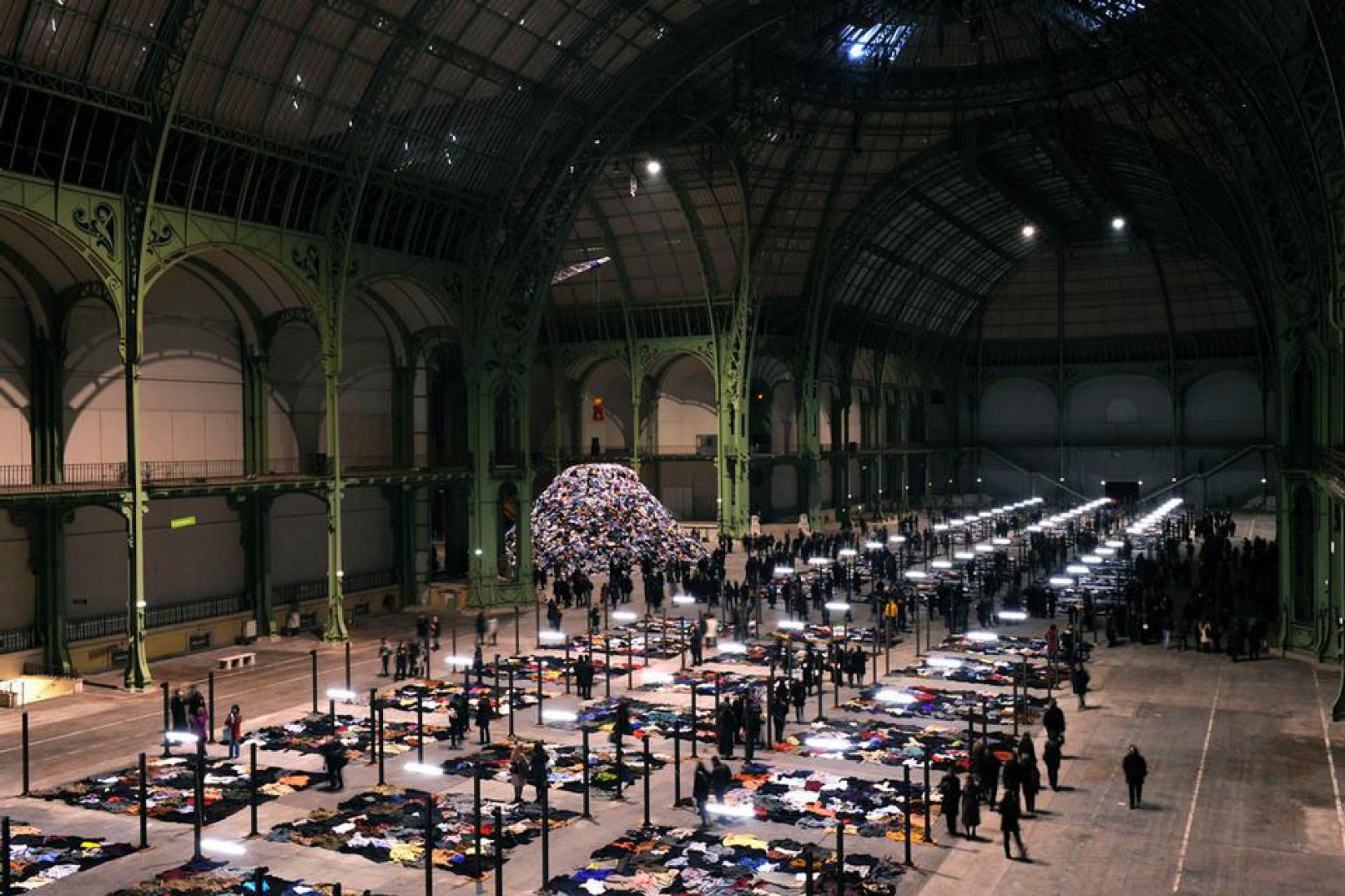 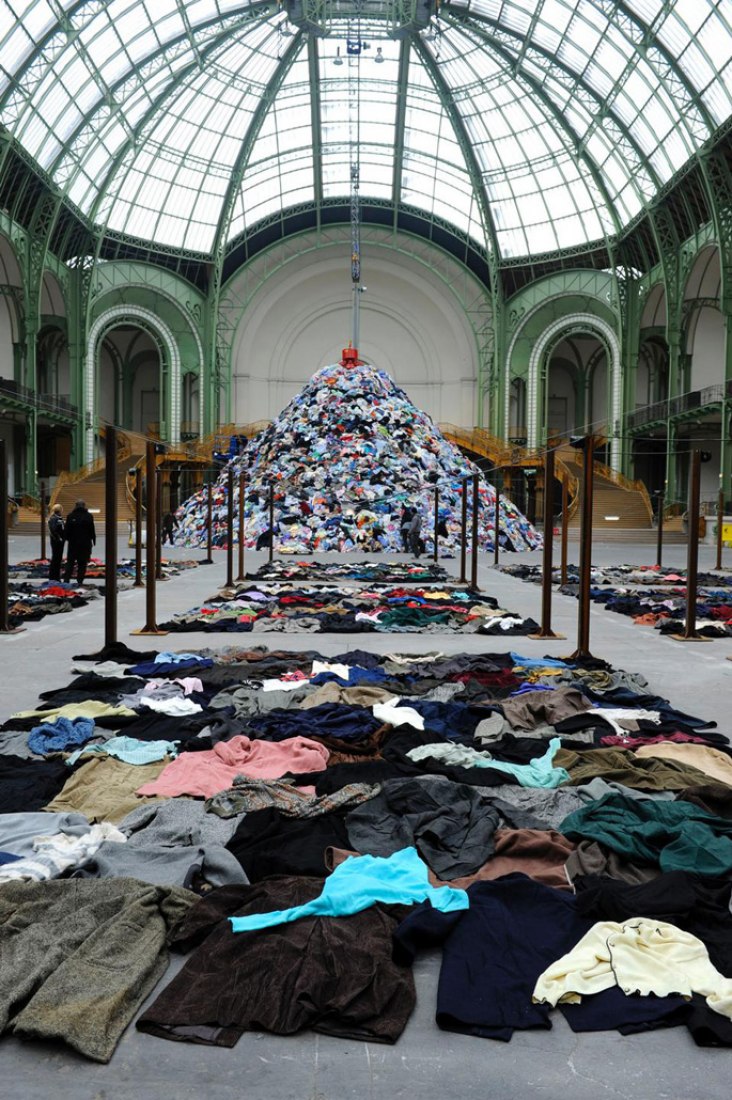 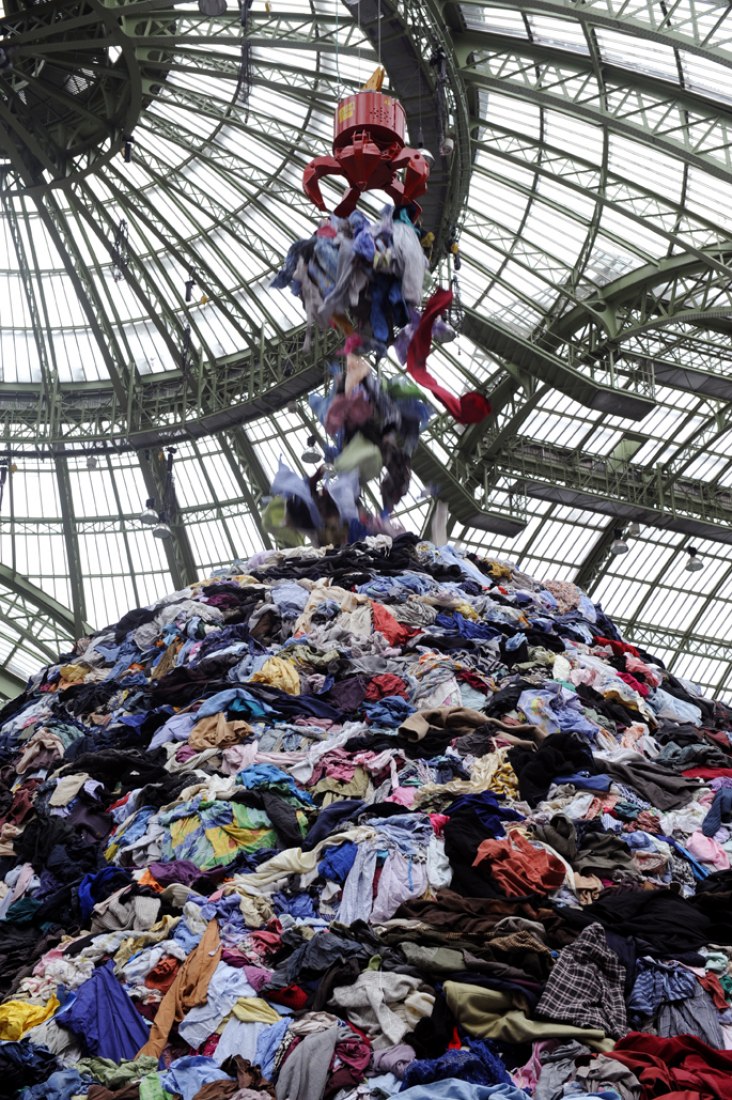 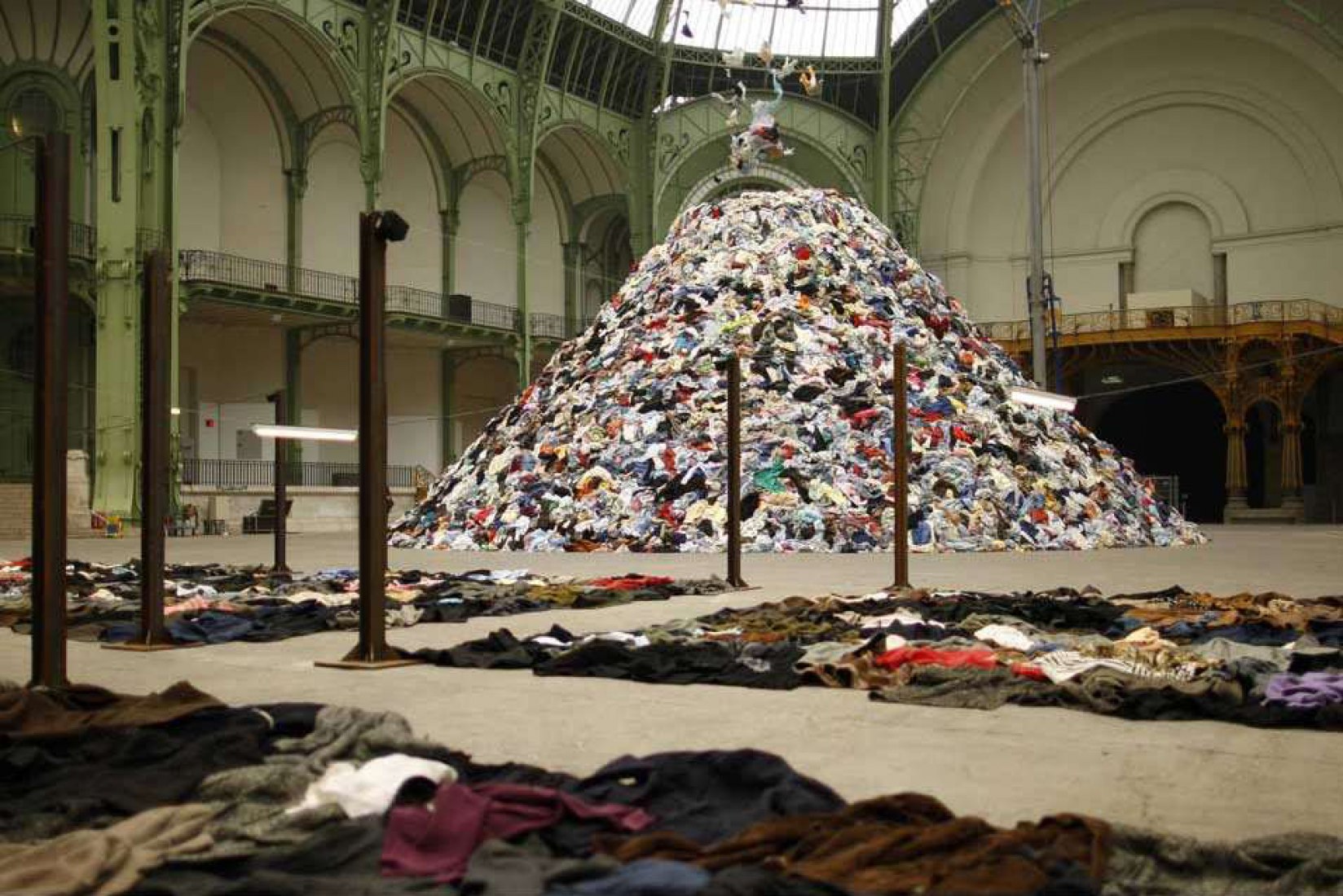 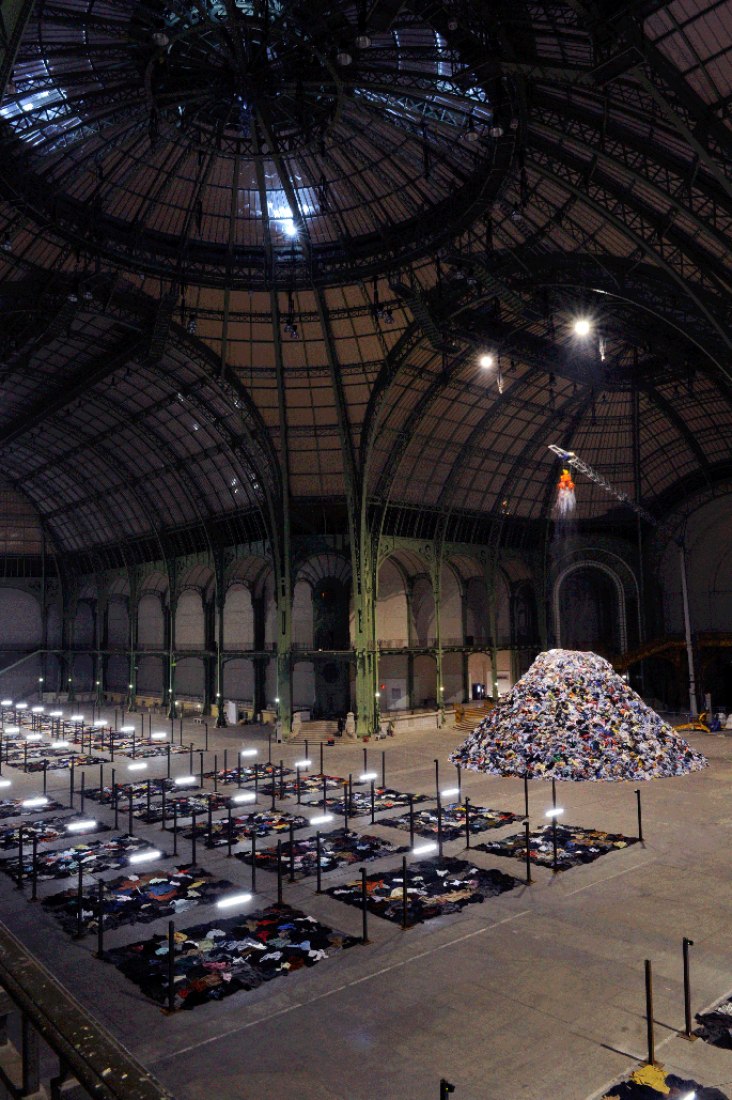 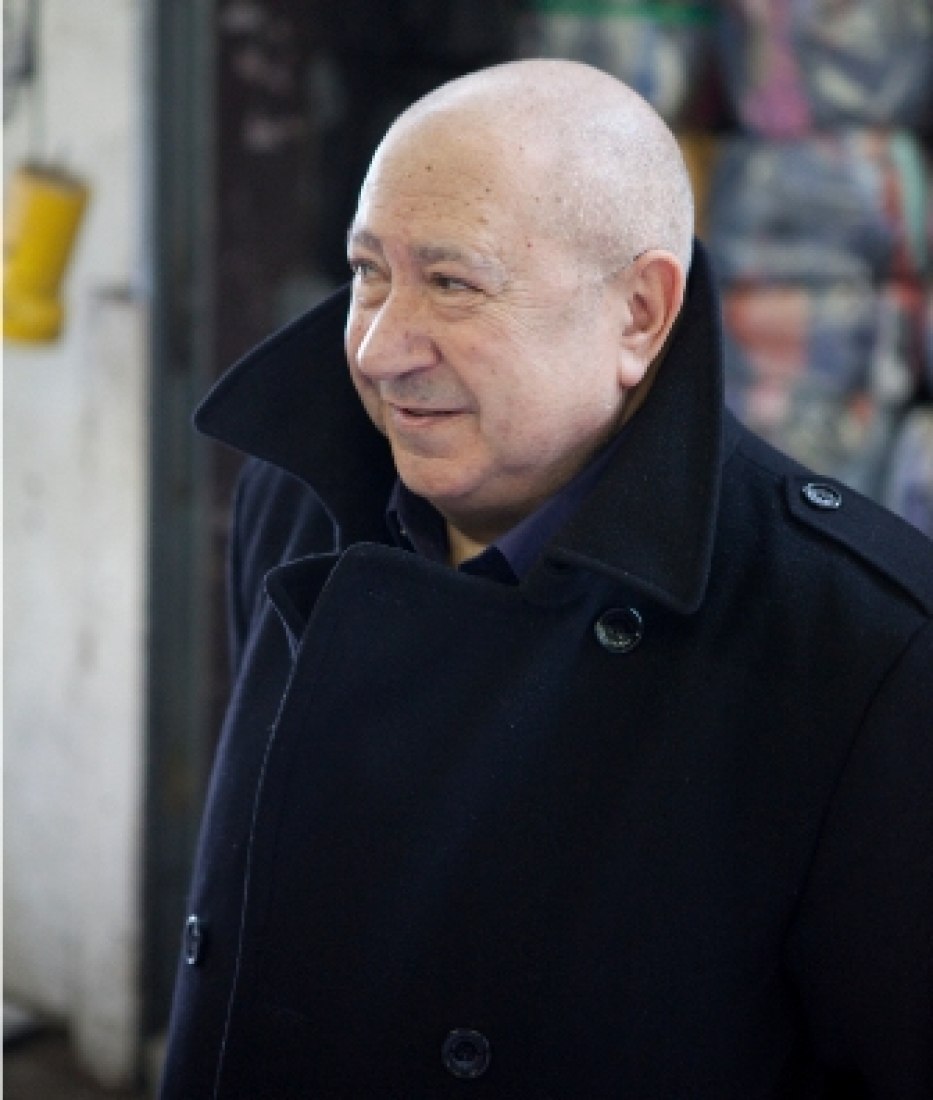 "His installation, created for MONUMENTA 2010, was conceived as a powerful physical and psychological experience, an episode of spectacular emotion and sensations exploring the nature and meaning of human existence. Embracing the whole of the immense Nave of the Grand Palais, Boltanski creates a rich, intense commemorative space, in sound and vision. "Personnes" (literally both "people" and "nobodies") is the evocative title of this social, religious and humanistic exploration of life, memory and the irreductible individuality of each and every human existence – together with the presence of death, the dehumanisation of the body, chance and destiny.

Conceived as a work in sound and vision, "Personnes" takes up a new theme in Boltanski's work, building on his earlier explorations of the limits of human existence and the vital dimension of memory : the question of fate, and the ineluctability of death. "Personnes" transforms the entire Nave of the Grand Palais through the creation of a coherent, intensely moving installation conceived as a gigantic animated tableau. Personnes is a one-off, ephemeral work. In accordance with the artist's wishes, the components of the piece were all recycled at the end of the exhibition." 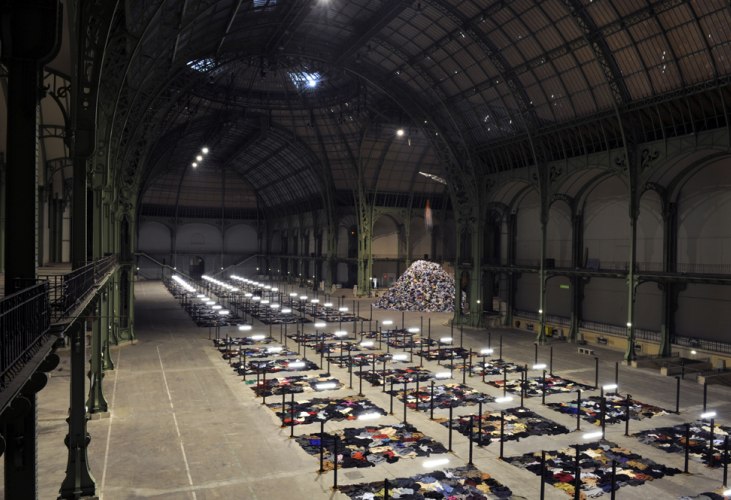 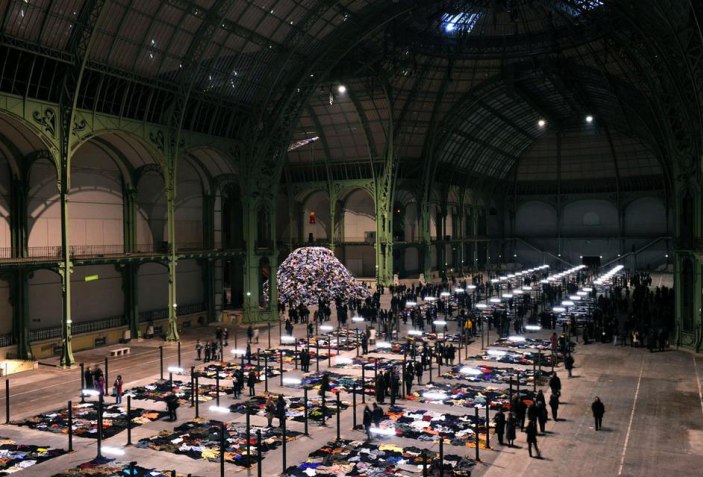 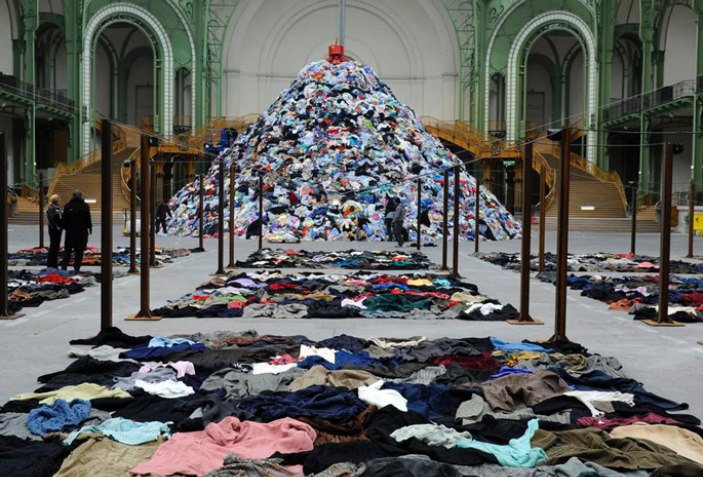 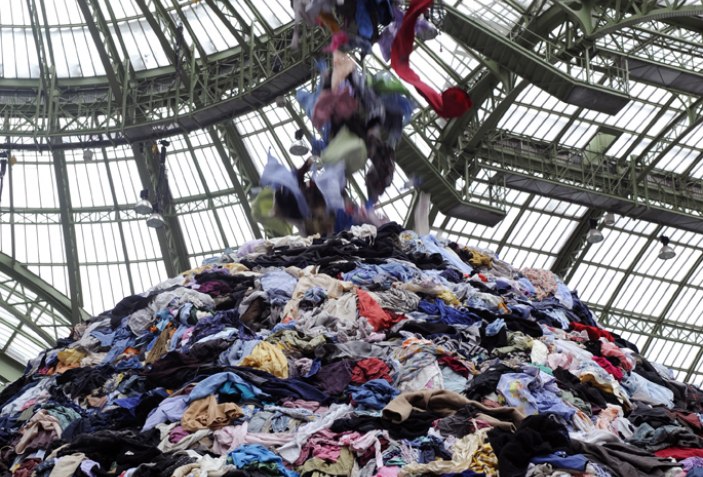 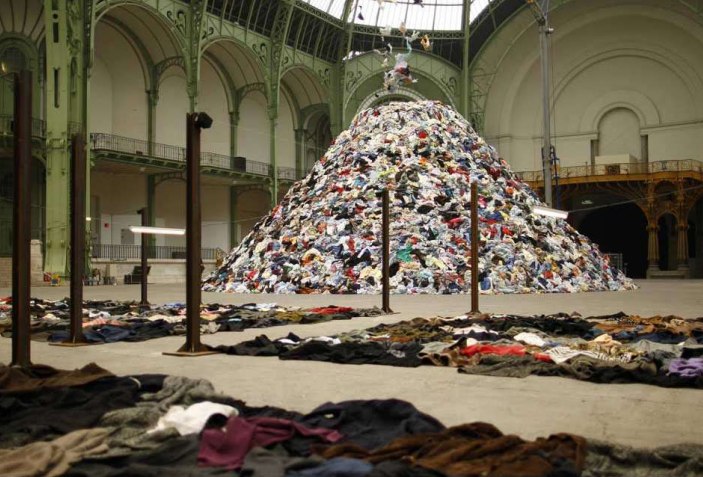 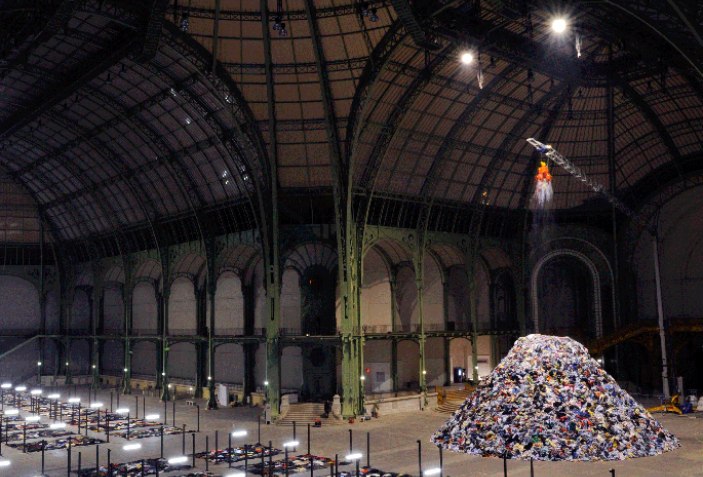 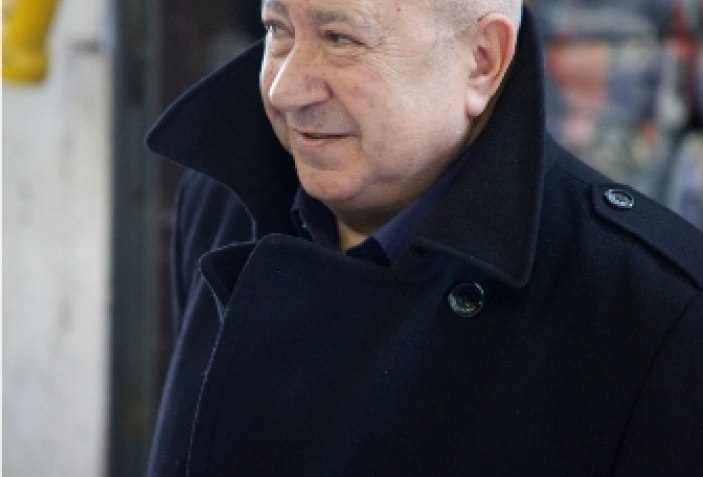 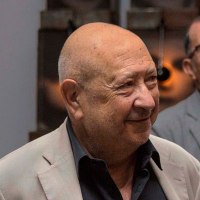 Christian Boltanski (Paris, September 6, 1944) is a French sculptor, photographer, painter and film maker, most well known for his photography installations and contemporary French Conceptual style. Boltanski began creating art in the late 1950s, but didn't rise to prominence until almost a decade later through a few short, avante-garde films and some published notebooks in which he referenced his childhood.

In 1986, Boltanski began creating mixed media/materials installations with light as essential concept. Tin boxes, altar-like construction of framed and manipulated photographs (e.g. Chases School, 1986–1987), photographs of Jewish schoolchildren taken in Vienna in 1931, used as a forceful reminder of mass murder of Jews by the Nazis, all those elements and materials used in his work are used in order to represent deep contemplation regarding reconstruction of past. While creating Reserve (exhibition at Basel, Museum Gegenwartskunst, 1989), Boltanski filled rooms and corridors with worn clothing items as a way of inciting profound sensation of human tragedy at concentration camps. As in his previous works, objects serve as relentless reminders of human experience and suffering. His piece, Monument (Odessa), uses six photographs of Jewish students in 1939 and lights to resemble Yahrzeit candles to honor and remember the dead. "My work is about the fact of dying, but it's not about the Holocaust itself."

Additionally, his enormous installation titled "No Man's Land" (2010) at the Park Avenue Armory in New York, is a great example of how his constructions and installations trace the lives of the lost and forgotten.

Christian Boltanski has participated in over 150 art exhibitions throughout the world.[7] Among others, he had solo exhibitions at the New Museum (1988), the Kunstmuseum Liechtenstein, Magasin 3 in Stockholm, the La Maison Rouge gallery, Institut Mathildenhöhe, the Kewenig Galerie, The Musée d'Art et d'Histoire du Judaïsme and many others. From 1 July to 25 September 2011, museum Es Baluard (Mallorca, Spain) exhibited "Signatures", the installation Christian Boltanski conceived specifically for Es Baluard and which is focused on the memory of the workers who in the 17th Century built the museum's walls.

In 2002, Boltanski made the installation "Totentanz II", a Shadow Installation with copper figures, for the underground Centre for International Light Art (CILA) in Unna, Germany.
Prizes 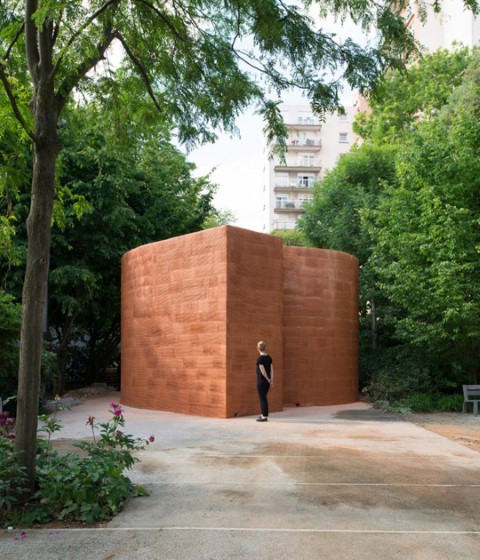 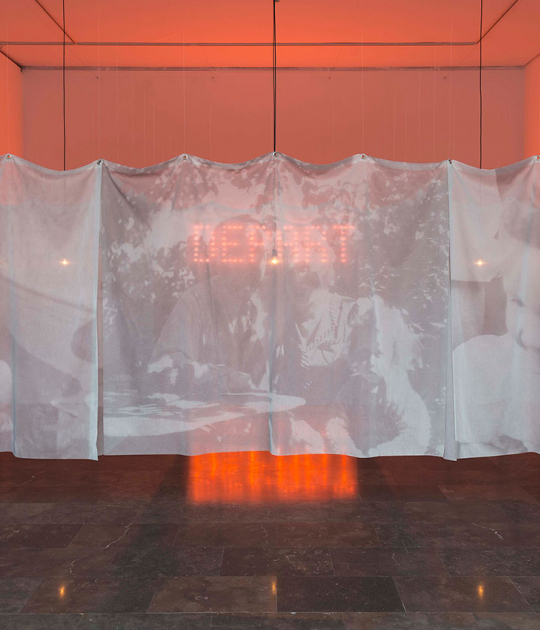 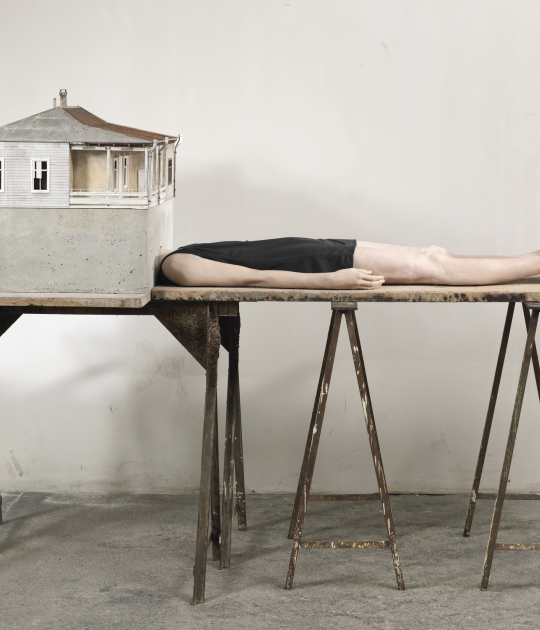 'Inside' at Palais de Tokyo 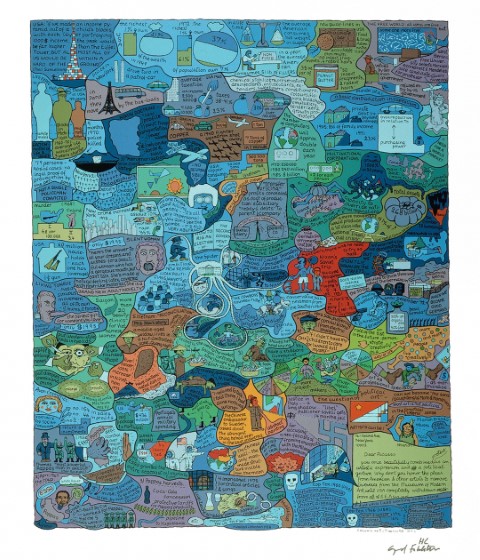 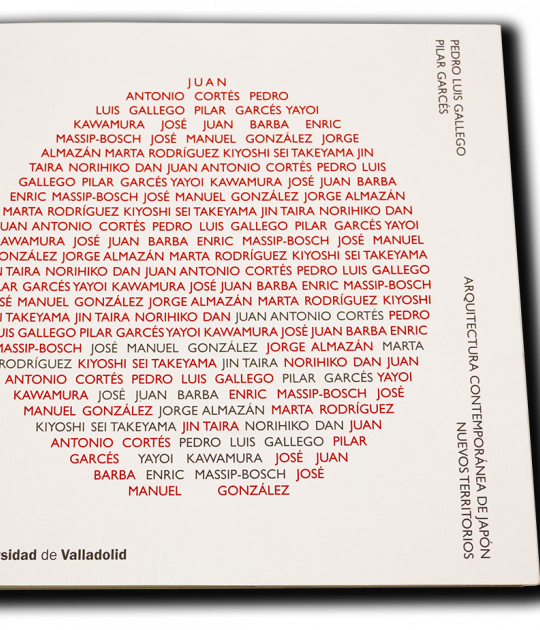