The Victoria Miro gallery presents a great new Yayoi Kusama's exhibition. Spanning the gallery’s three locations and the waterside garden, the exhibition features new paintings – including her important, ongoing My Eternal Soul series and signature Infinity Nets – the iconic pumpkin sculptures, and immersive mirror rooms. All these artworks have been conceived specially for this presentation. With them, the artist reflect her lifelong preoccupation with the infinite and sublime, as well as the twin themes of cosmic infinity and personal obsession, as found in pattern and repetition. 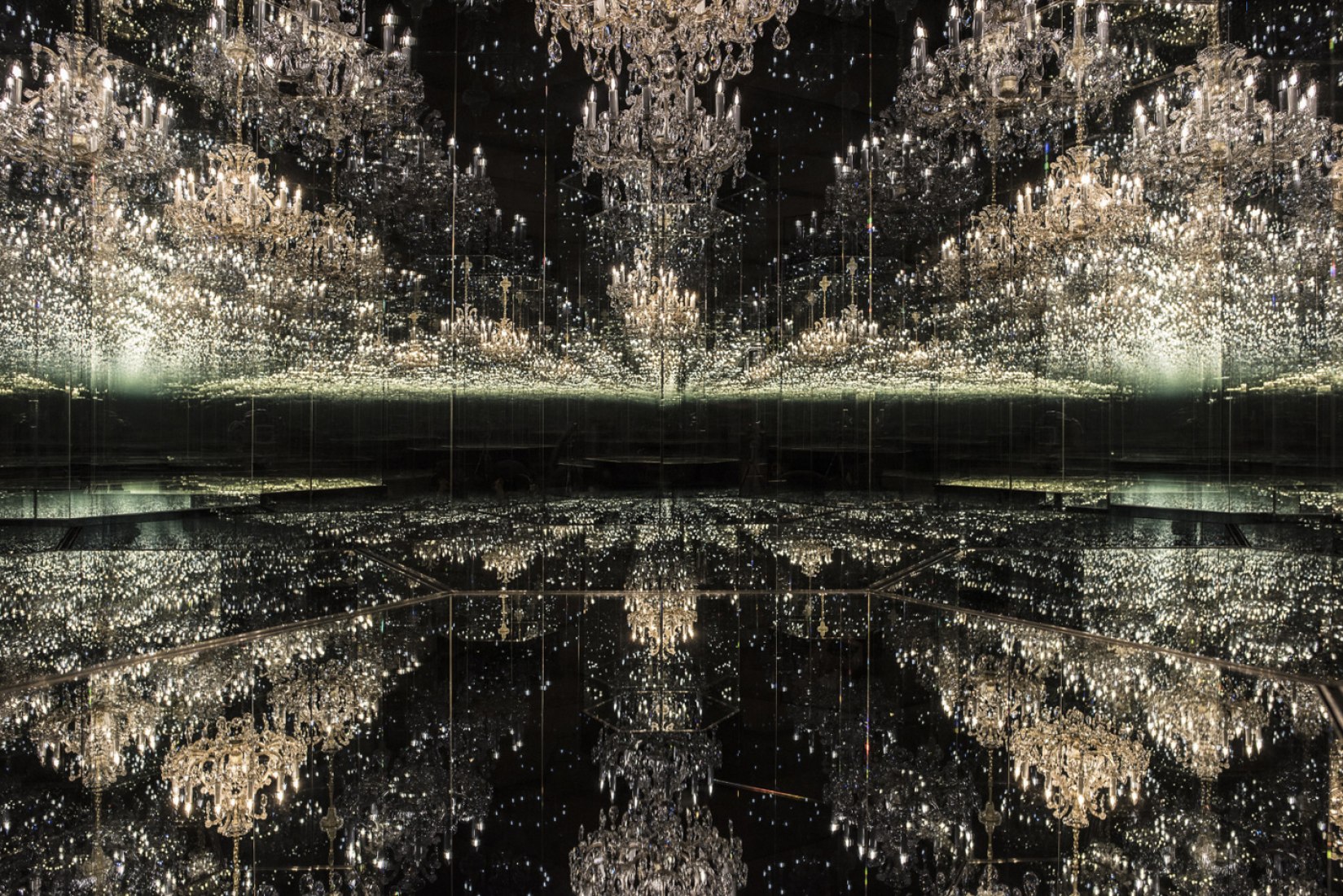 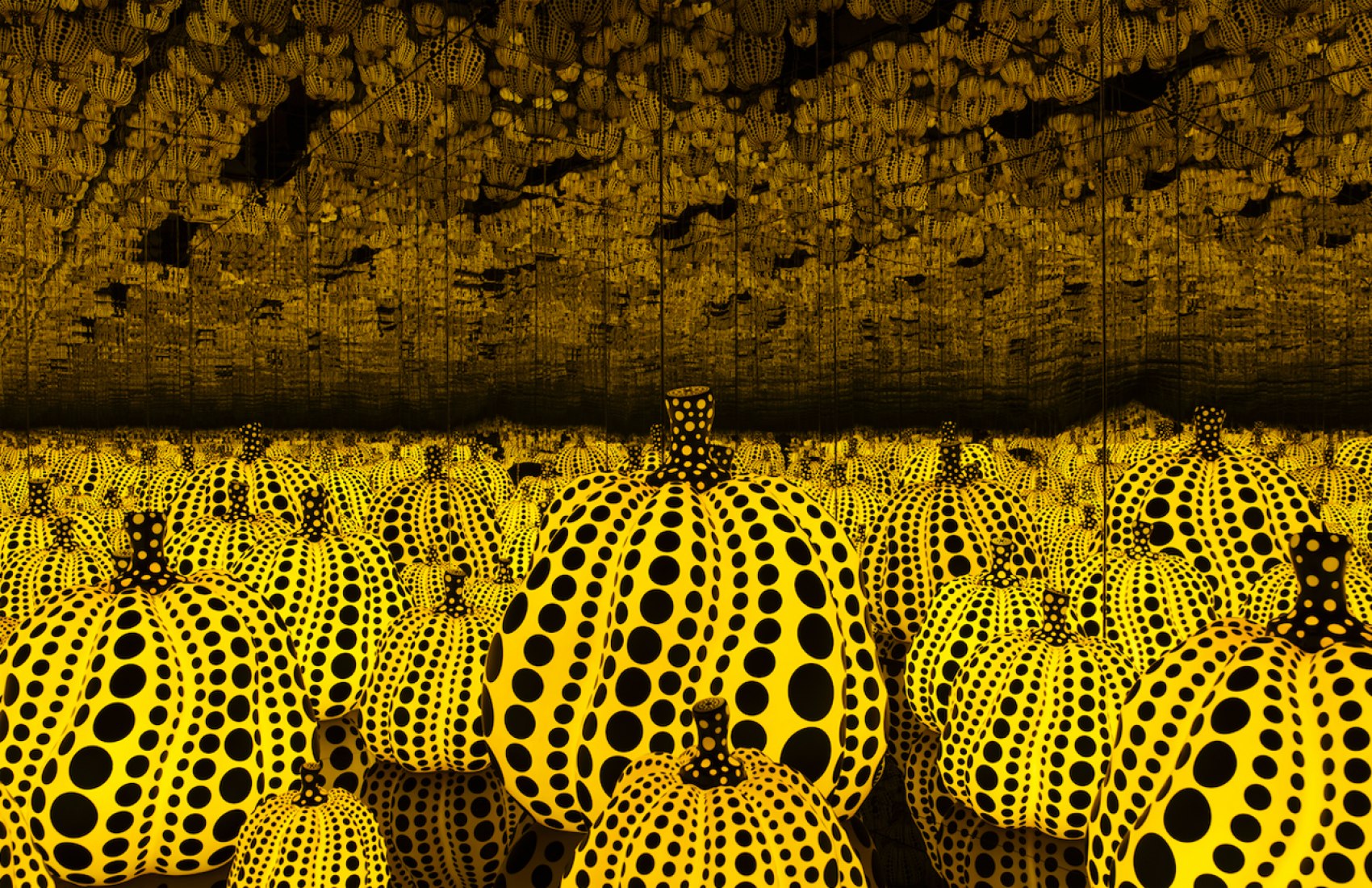 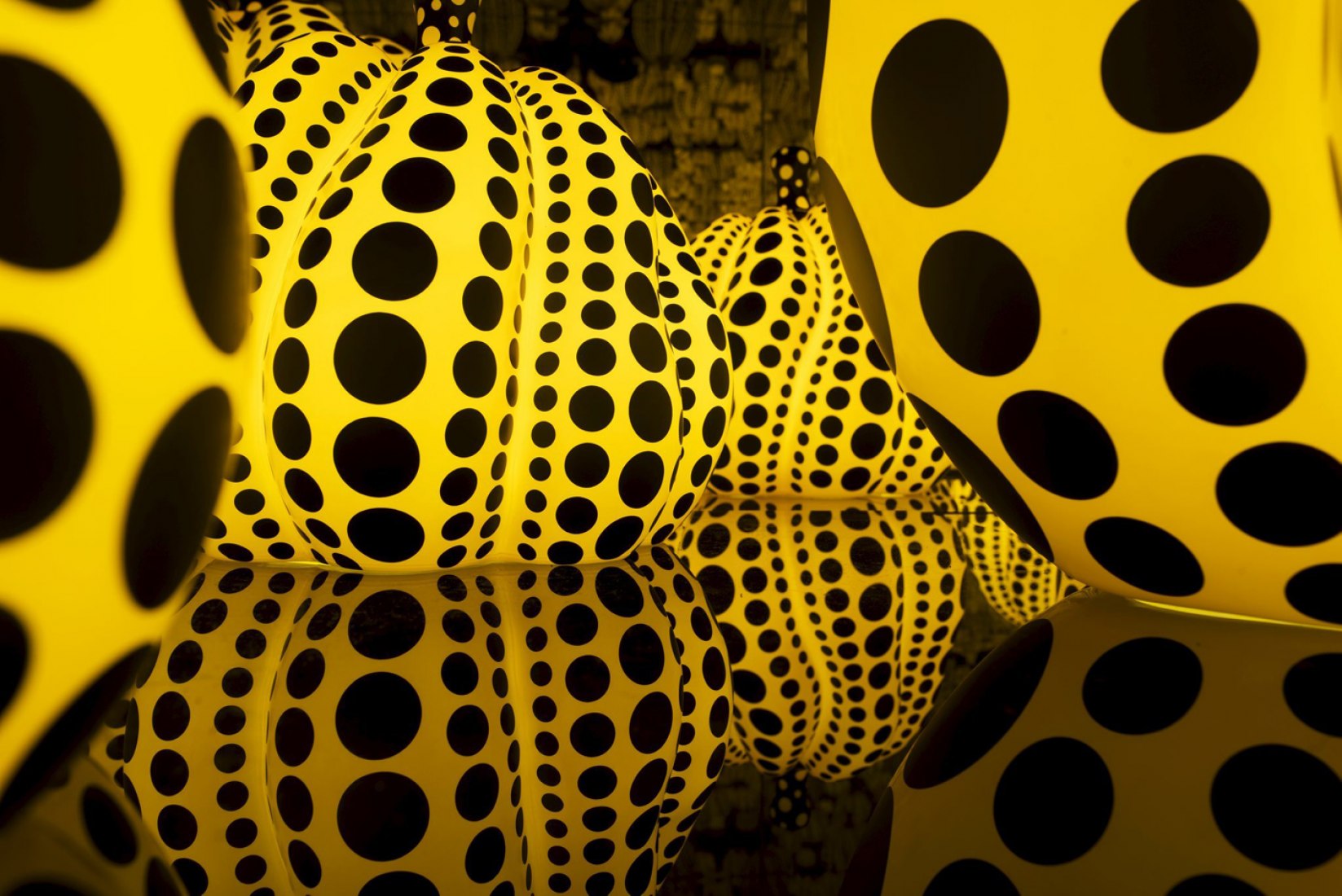 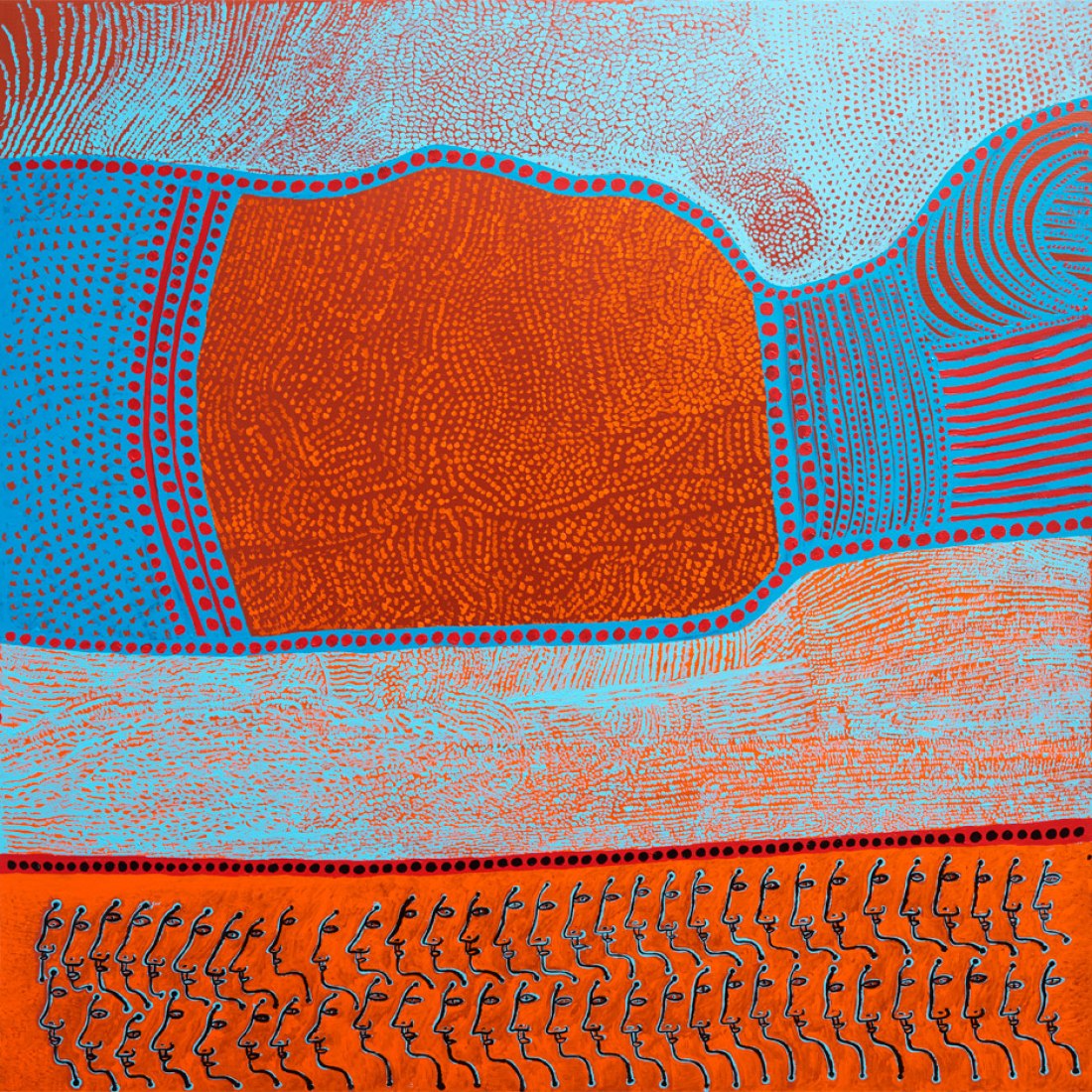 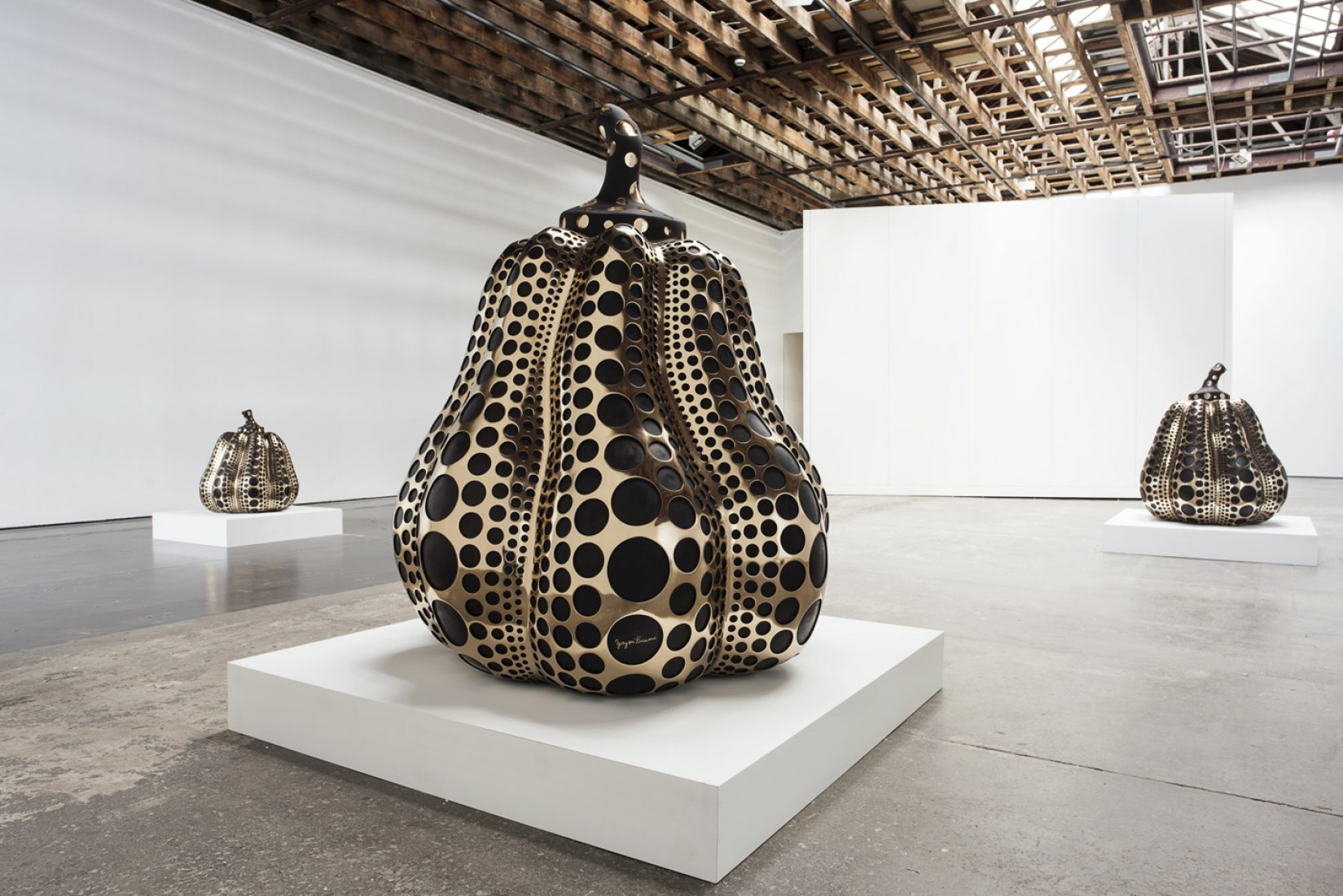 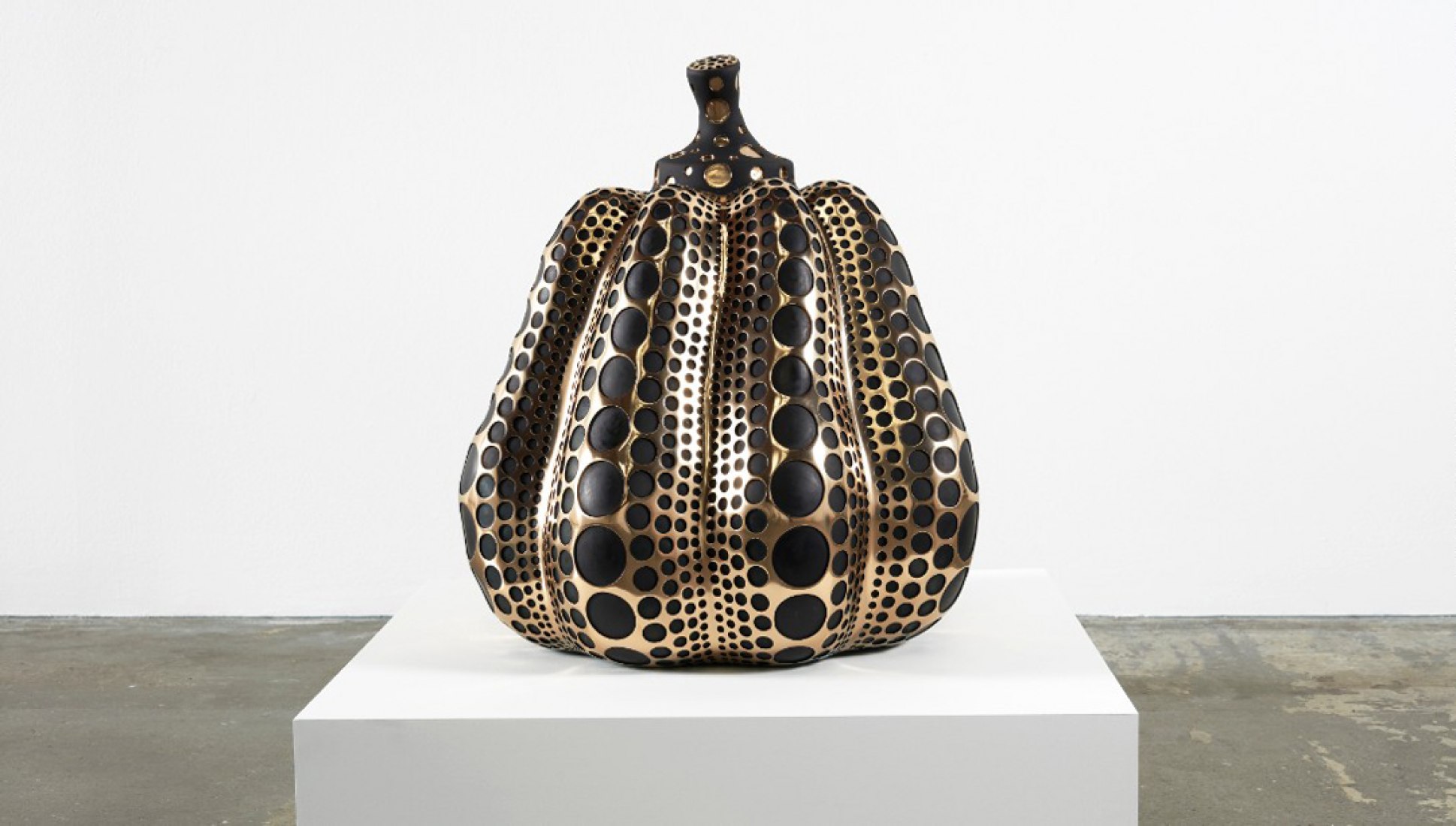 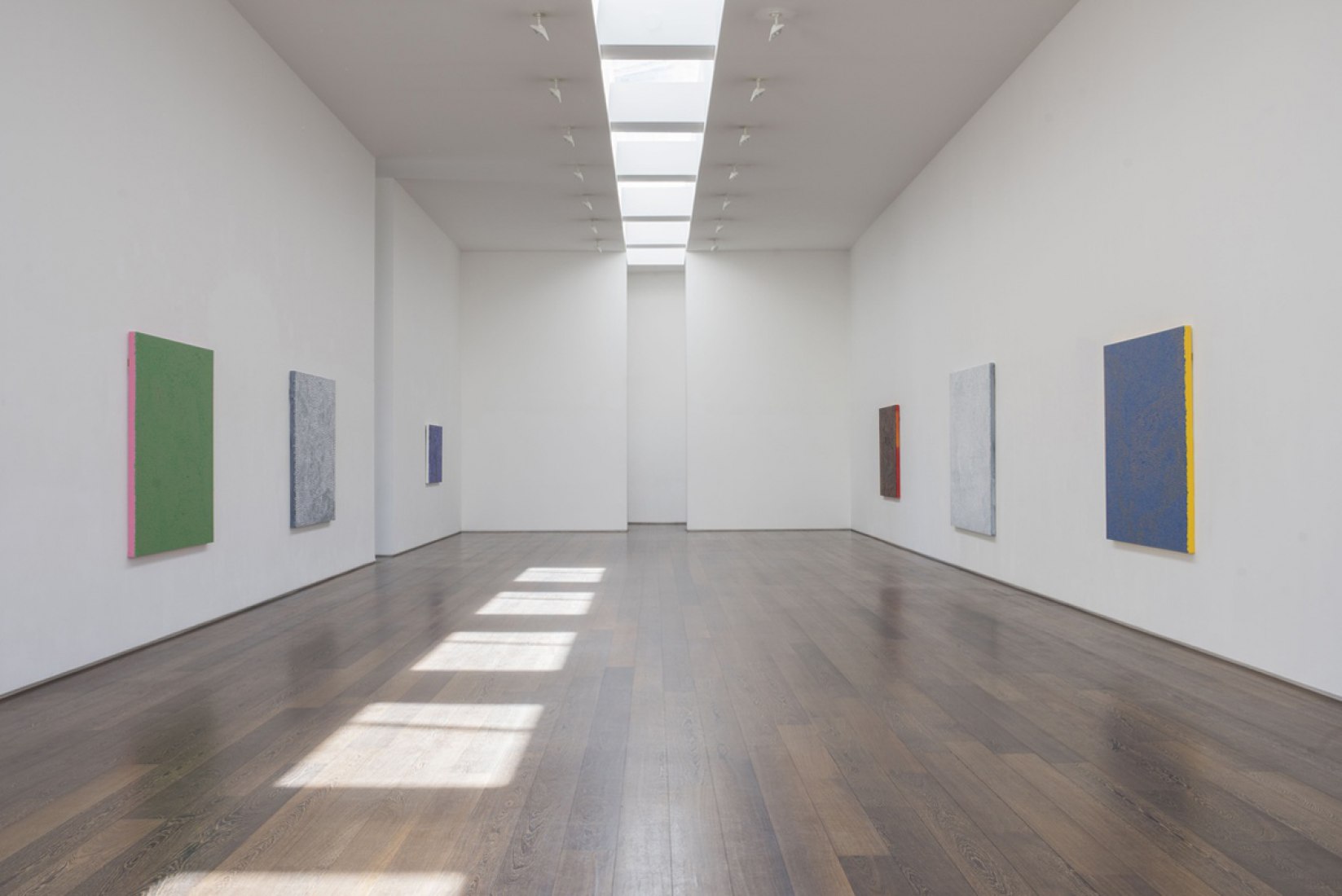 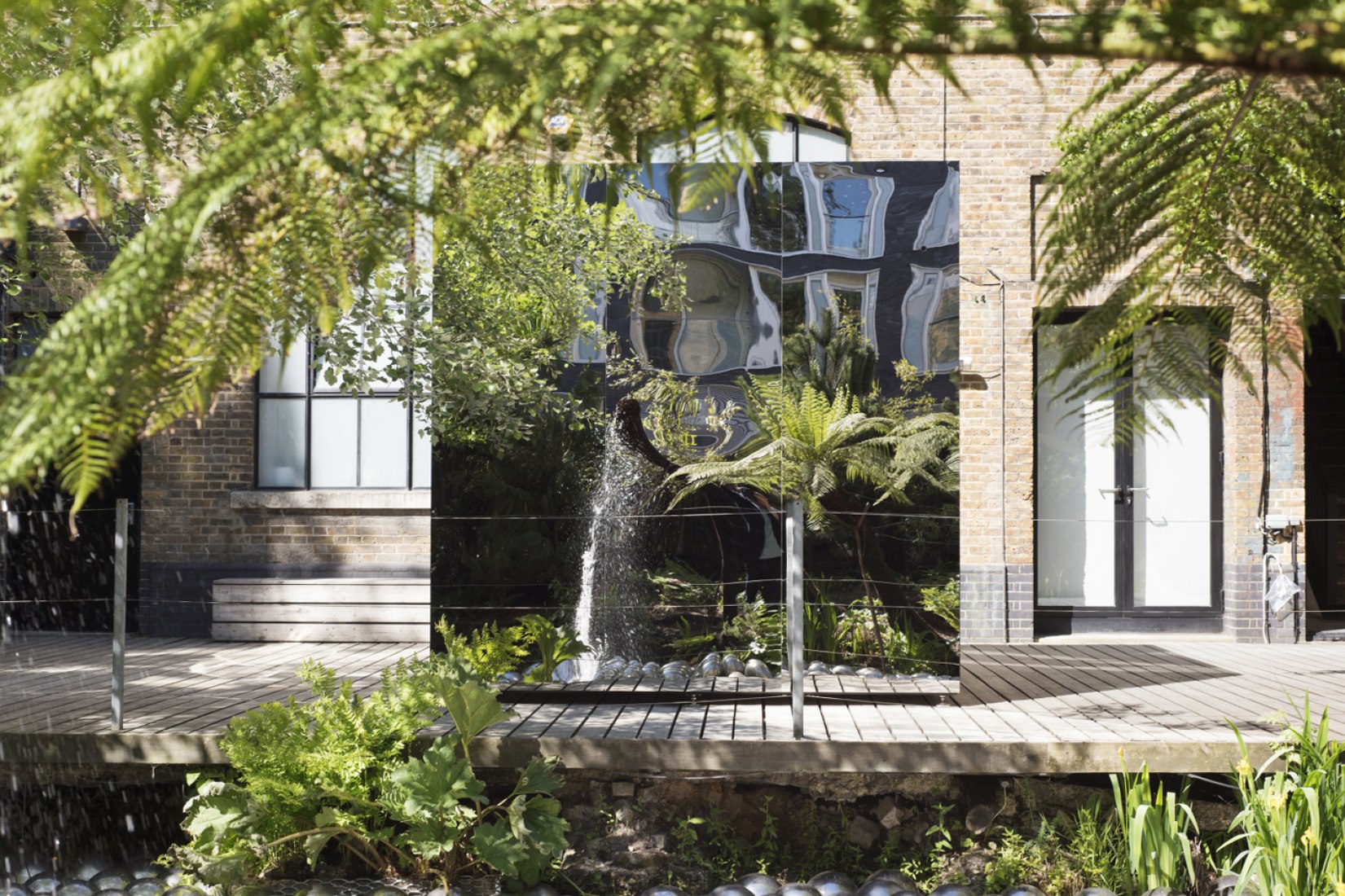 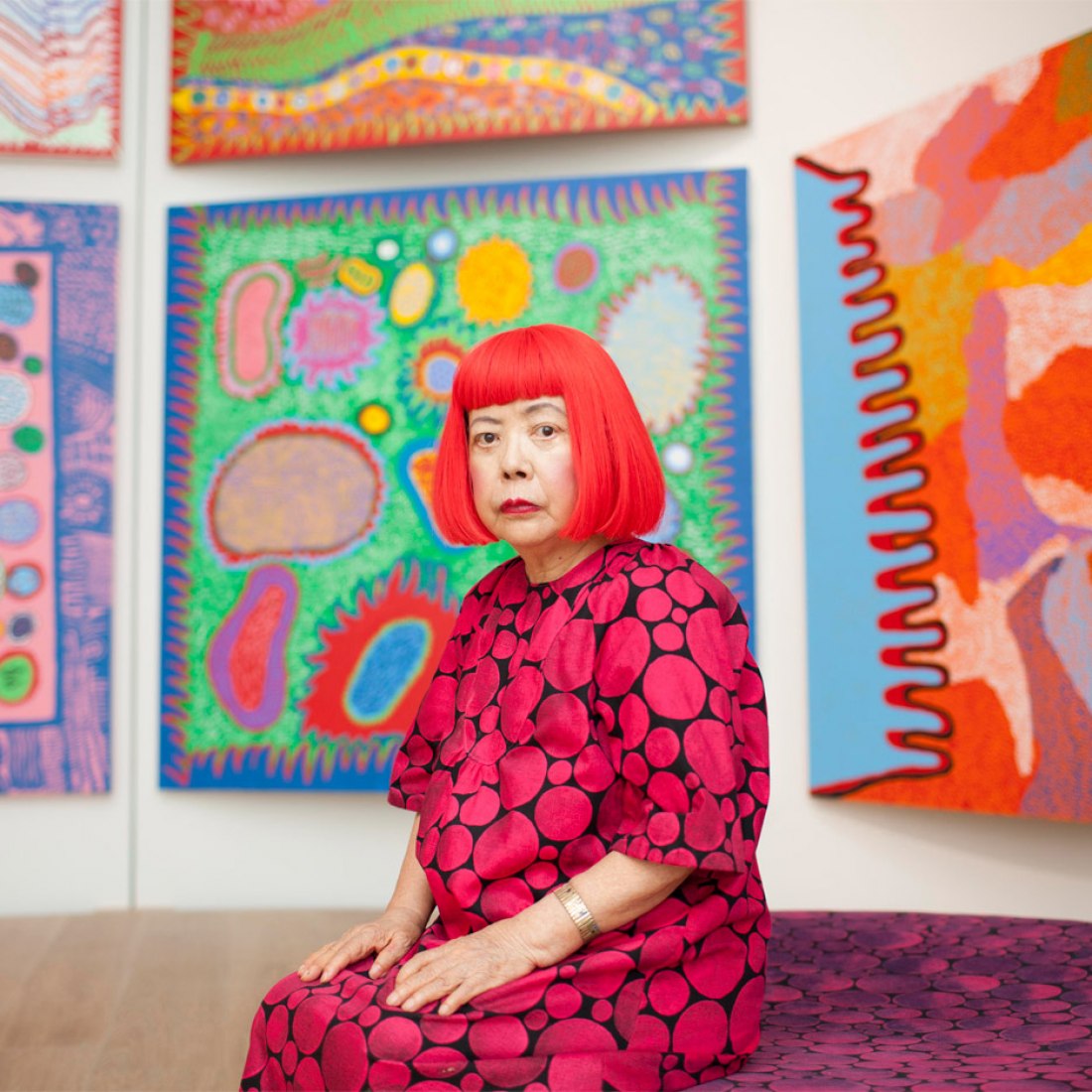 Since last May 25th, we can visit the ultimate Yayoi  Kusama's artworks exhibition in the Victoria Miro gallery, in its three locations. For the one in Wharf Road, Yayoi  Kusama has created three mirror rooms. Meanwhile, in St George Street we can visit My Eternal Soul serie, still ongoing nowadays.

Yayoi  Kusama’s life long exploration of the self’s relationship to the infinite cosmos has given rise to a highly influential career in which she has continuously innovated and re-invented her style. For the exhibition at the Wharf Road  galleries, she has created three mirror rooms:  All the Eternal Love I Have for the Pumpkins, Chandelier of Grief and Where the Lights in My Heart Go, all of which place the viewer within a universe of varying proliferating reflections.

New paintings displayed alongside these immersive rooms continue an enduring preoccupation with multiplying polka dots and dense scalloped ‘infinity net’ patterns – Kusama’s obsessive repetition of these forms on canvas, which she has described as a form  of active self-obliteration, responds to hallucinations first experienced in childhood. The  pumpkin, another motif that she has returned to throughout her career, is also present in the form of new mirror polished sculptures.

Victoria Miro Mayfair will present new paintings from the  important on going series  My Eternal Soul, which Kusama first began in 2009. Each is a flatly painted monochrome field that  abounds with imagery including eyes, faces in profile, and other more indeterminate forms, often in pulsating combinations of colour. Joyfully improvisatory,fluid and highly instinctual, they te stify to the indefatigable, paradoxical drive to expression that has unified Kusama’s constantly evolving oeuvre over seven decades. 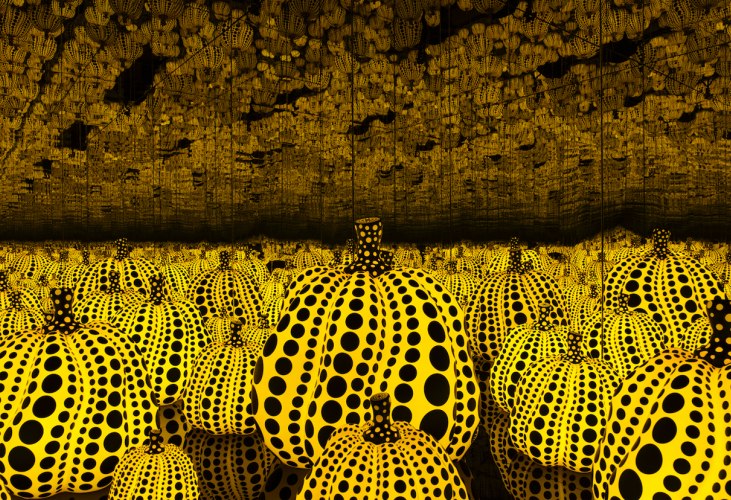 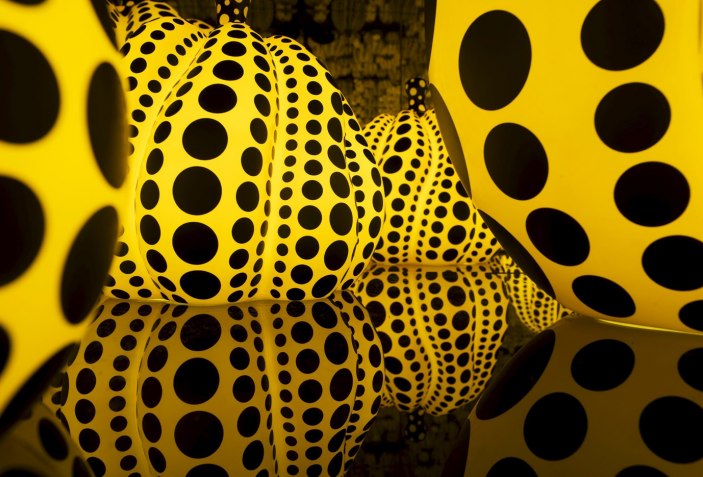 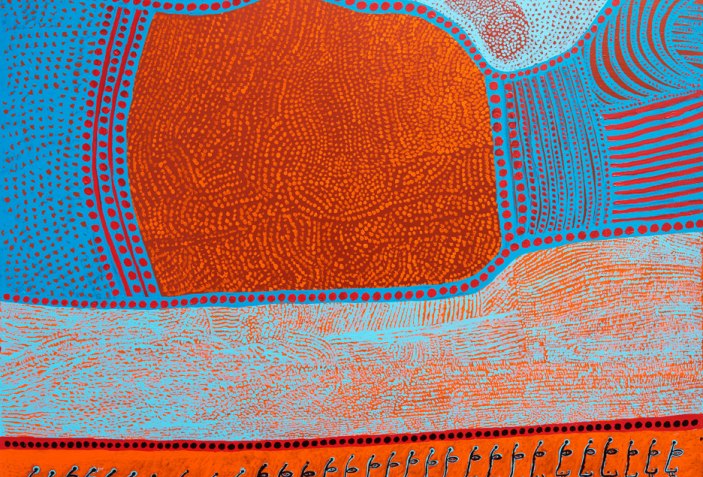 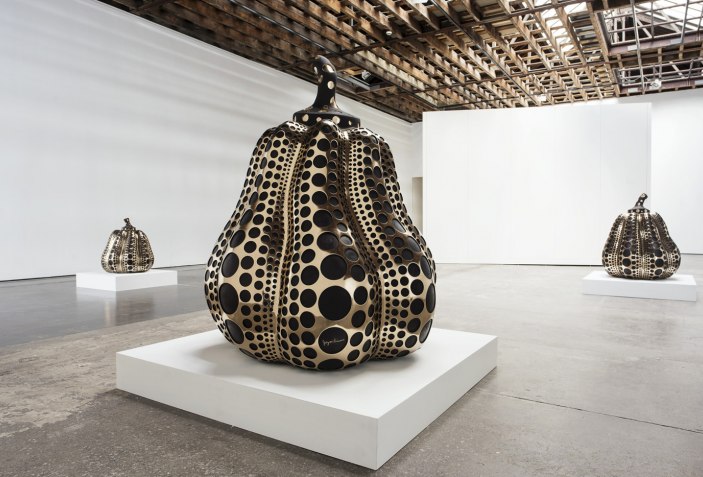 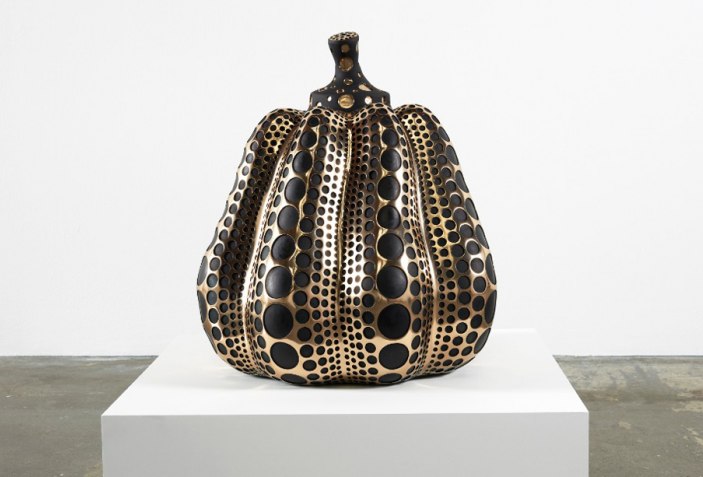 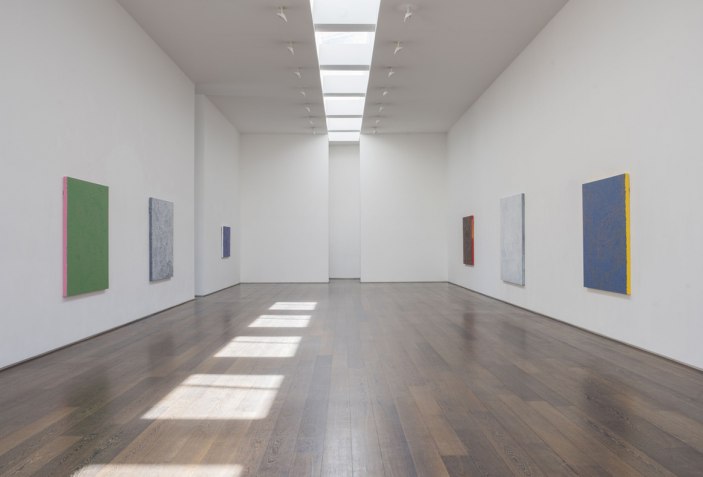 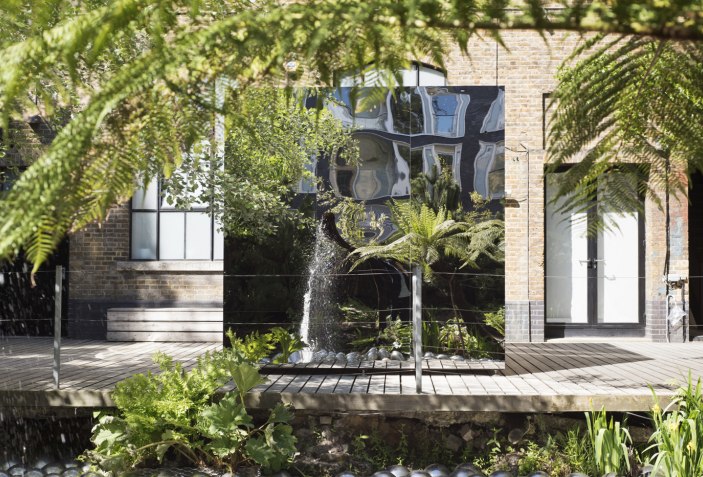 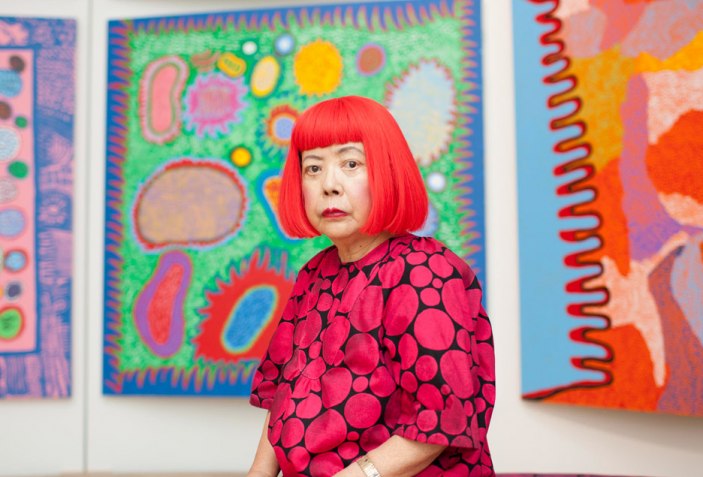 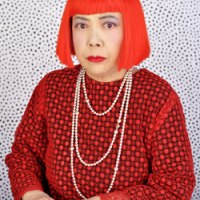 Yayoi Kusama belongs to a series of notorious women artists that, against all odds, made it to get recognition in an art world overwhelmingly dominated by men in 1950s and 1960s’ New York. With the double disadvantage of being a woman and a foreigner, Kusama achieved critical acclaim from commentators and critics and the respect of her colleagues.

She was born on March 22, 1929, in Matsumoto, a provincial city located in the mountainous region of Nagano’s prefecture, approximately 209 km West of Tokyo. She was born, the youngest of four children, to a high-middle class family that achieved wealth from managing nurseries and seed wholesale.

Wishing to release herself from Japan’s profoundly conservative customs and conventions in both family and society, she moved to Kyoto to study Fine Arts. In 1958 she made the most radical decision and moved to New York, with no patron or protector, to begin an independent career in the city that had become the epicentre of contemporary art since the ending of World War II.

In her autobiography, Kusama remembers: “For an art like mine —art that fights in the frontier between life and death and questions what we are and what it means to live or die— [Japan] was too small, too servile, too feudal and too disdainful with women. My art needed a more unlimited freedom and a much wider world”.

Kusama’s first paintings and drawings are inspired in surrealism, although they are inimitably her own. They were widely praised by some of the most prominent art experts, as would her first large-scale paintings, unprecedented, and made during her first years in New York. These enormous canvases, or, like they finally were called, Infinity Net, were covered by one-colour brushstrokes, endlessly repeated. With this she anticipated the birth of a monochrome painting and the appearance of serial techniques, characteristic of the 60s’ minimal and conceptual art.

Kusama would not abandon this precocious experimentation with new artistic possibilities when she forged her own ways in sculpture and installation, adopting montage and soft sculpture techniques that can vindicate her precedence —and verifiable influence— in younger avant-garde artists, such as Andy Warhol or Claus Oldenburg. Innovation was followed by more innovation and, in less than five years, Kusama created the half dozen themes that would mark her long career and still support her remarkable creativity: the “infinite” paintings, objects and ambients covered by phalluses or macaroni, approaching obsessions related to sex and food, respectively; her spectacular rooms full of mirrors; fantasy collages and photomontages; projects with film and slideshows; and the set up of radical and counterculture performances.

In New York, against all odds, she achieved recognition in an art world overwhelmingly dominated by men during the 50s and 60s. Nevertheless, shortly after, her most radical performances were confronted with a growing hostility from the artistic environment. The increasing forsaking of the critics, poverty and mental sickness forced Kusama to retire from the New York’s art scene. In 1973 she went back to Japan, where she started anew and continued to reinvent herself —as a novelist, poet, collage maker, painter and sculptor—, creating works in the protected environment of the Tokyo hospital in which she has been living since 1977, but also in her nearby atelier, where she still spends her working days.

Yayoi Kusama is still working to this day, widening the fan of “ambients” to which she owes her fame —her sparkling and intense large-scale installations—, while tirelessly painting by hand an extensive series of fantasy figurative drawings, full of obsessive details. 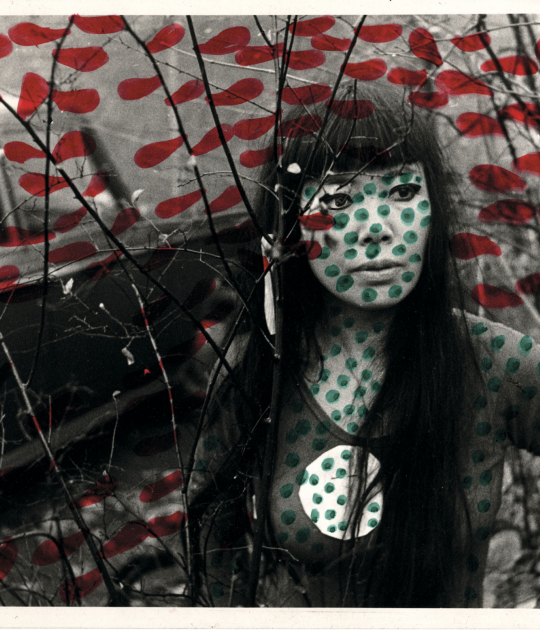 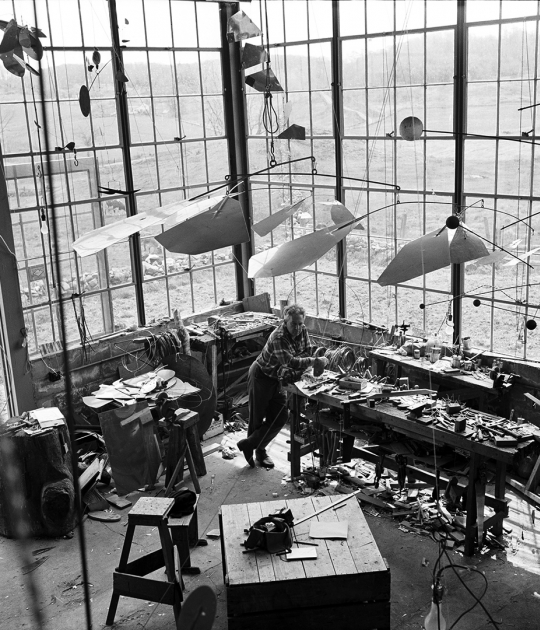 Calder captivates us at Tate Modern 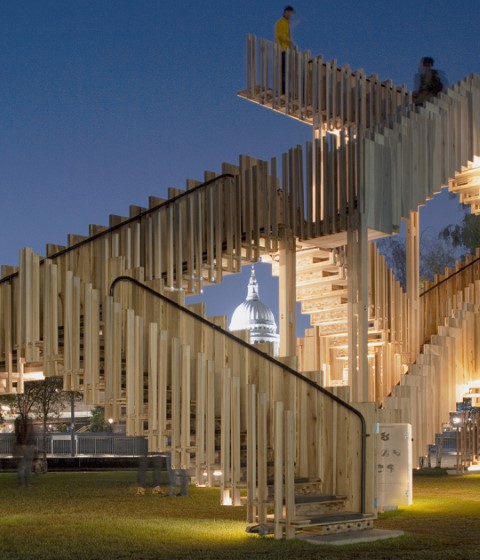 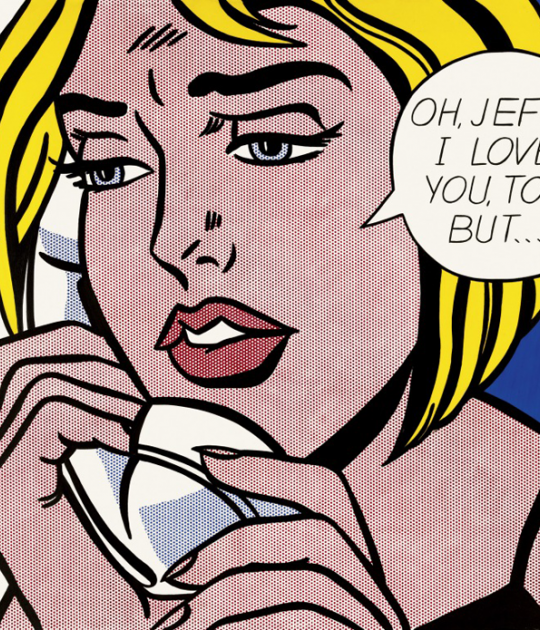 Lichtenstein: A Retrospective at TATE. 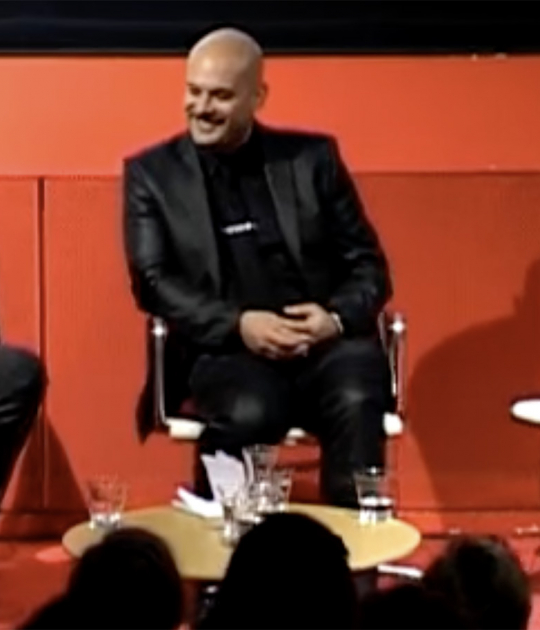