Paredes Pedrosa architects has won the competition for the Spanish Educational Center in Rabat, Morocco. 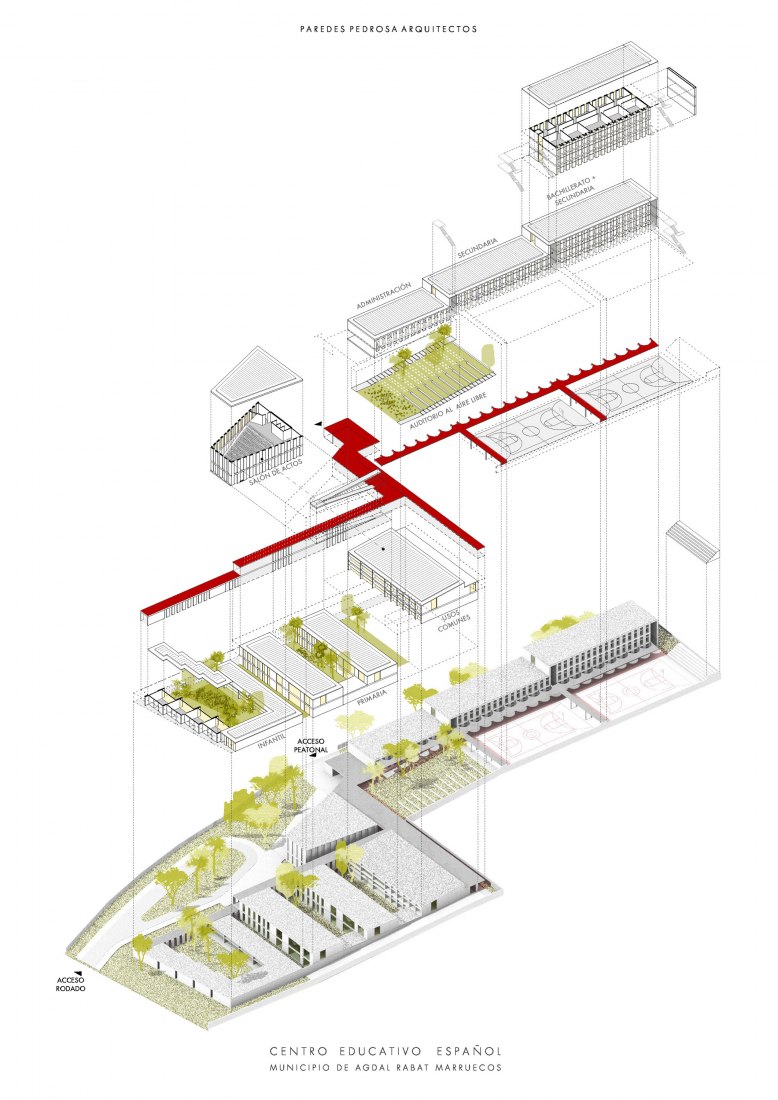 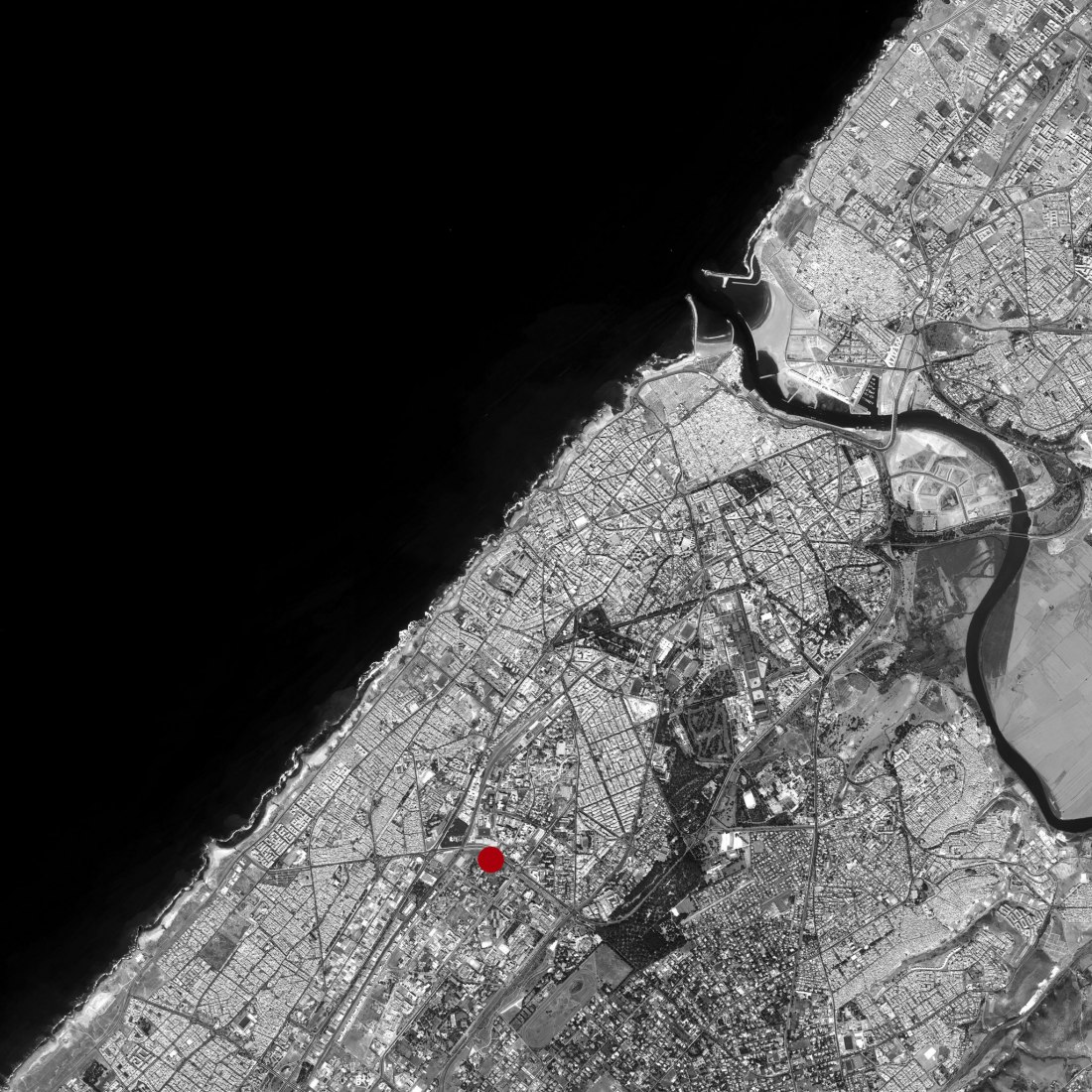 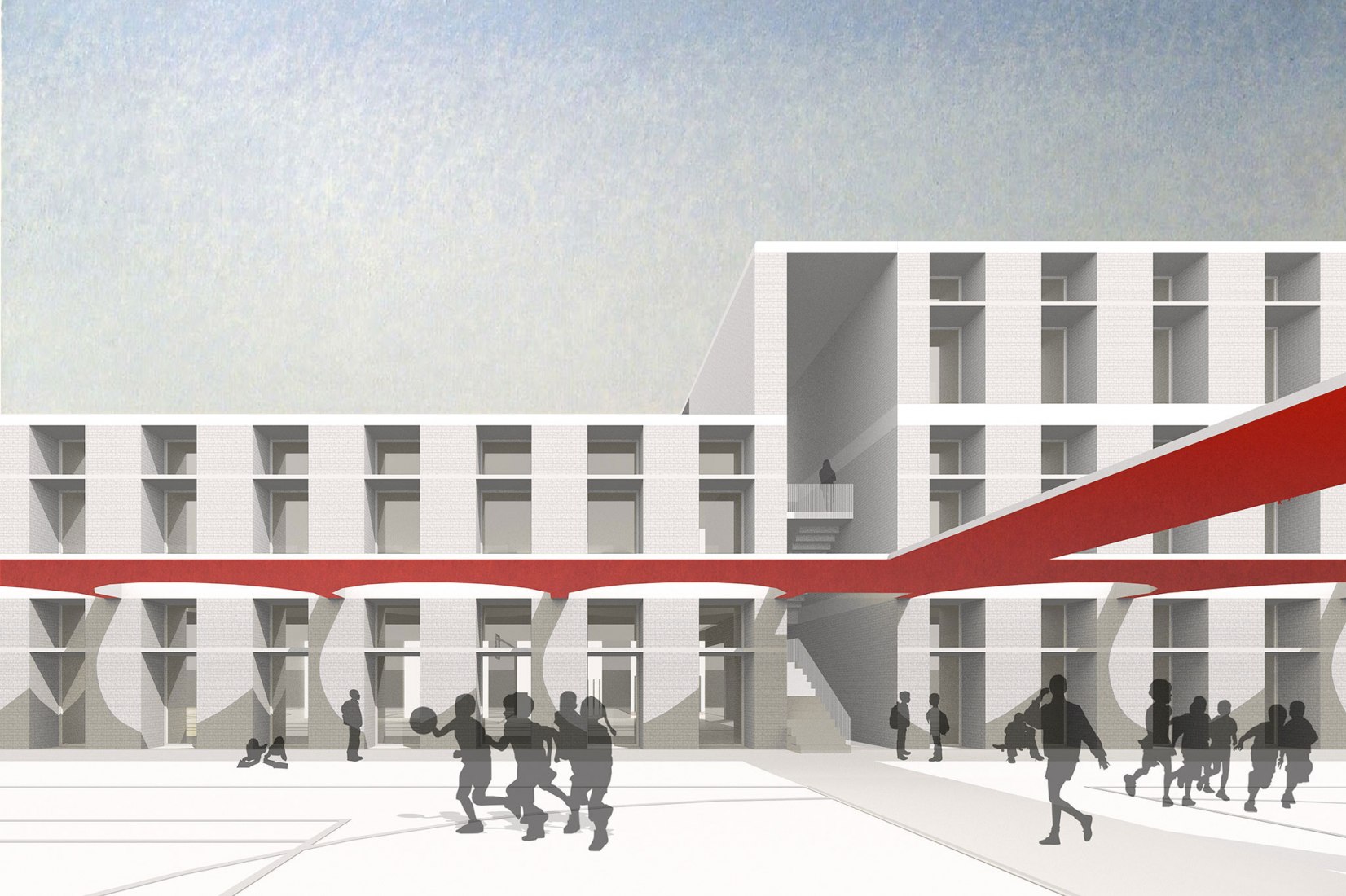 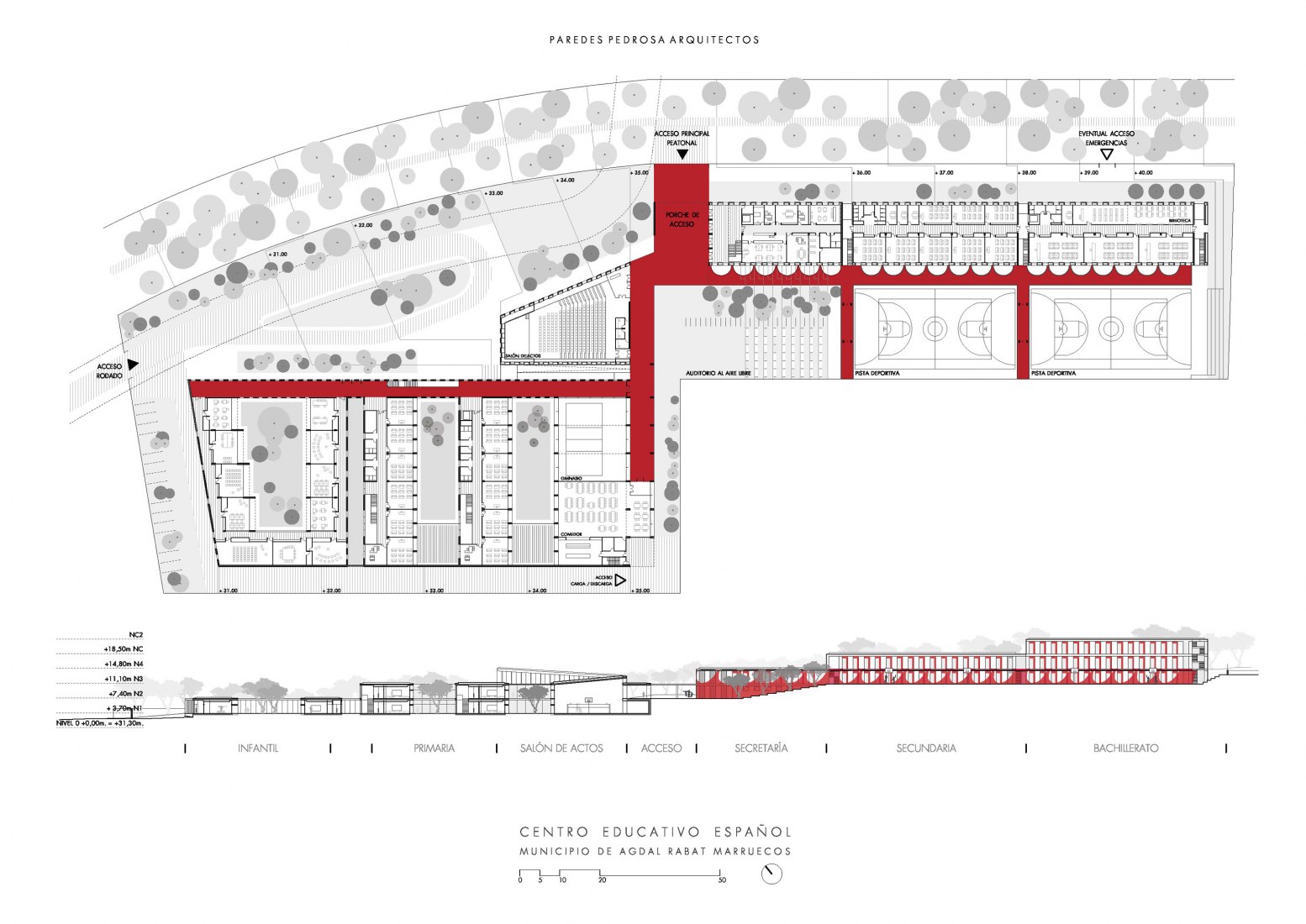 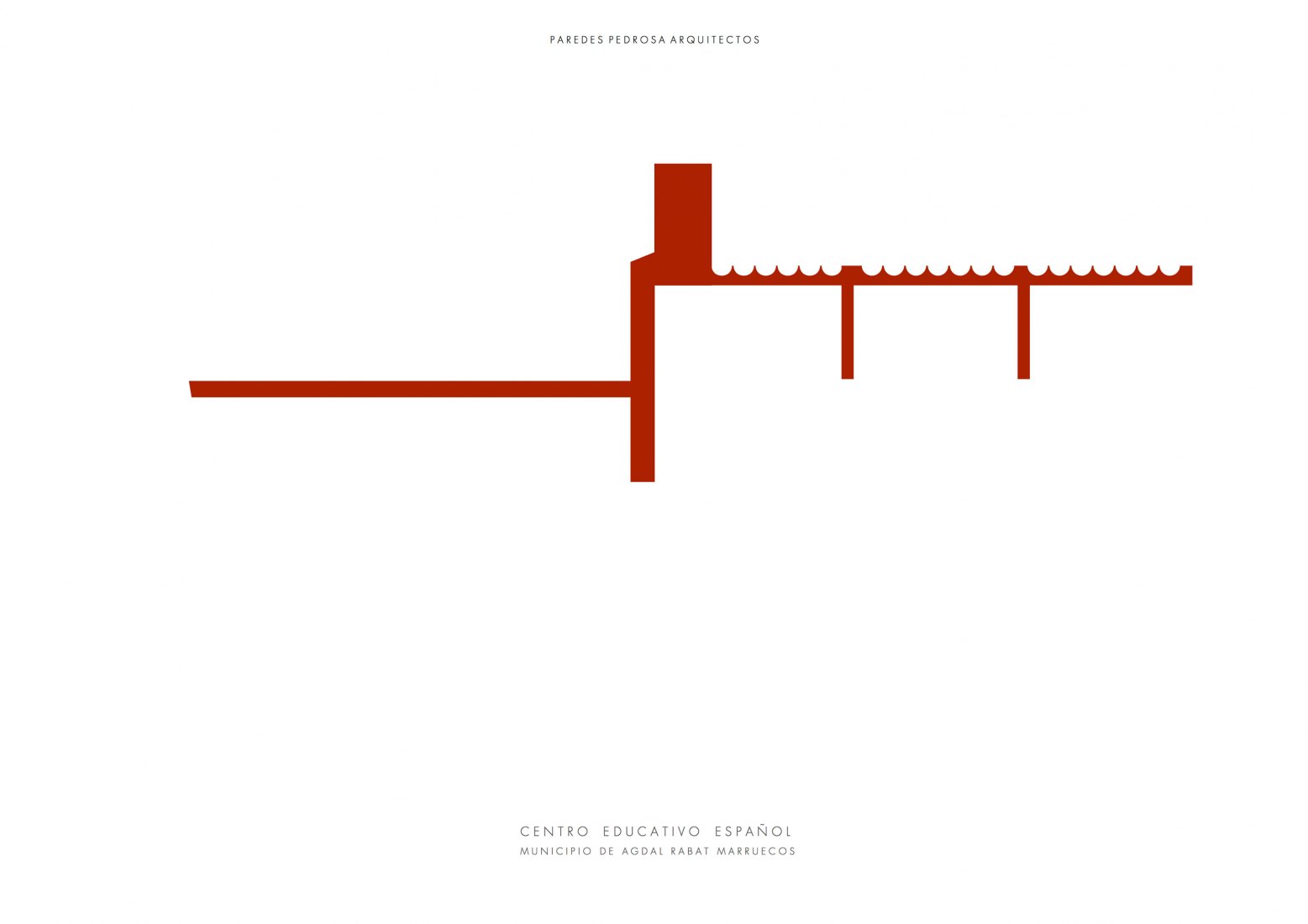 The clear white volumes projected by ParedesPedrosa Architects, built with brick refer to the imaginary of the vernacular architectures are cut out by courtyards and other common spaces. The canopy, which will cover the entire complex, dark red, welcomes and articulates the spaces and builds the recognizable image of the center.

Descripción of the project by ParedesPedrosa Architects

The project articulates around two strategies, on the one hand to create an educational landscape based in the Campus of Rabat and another to build-up the image of this institution that will remain in the collective memory of the students that will grow there.

The project is designed with a unitary identity organized with several “arms” adapted to patios and linked by a continuous pierced canopy that expands and narrows according to the needs and at the same time embracing the exterior spaces and the views of the surrounding groves. In this way the green areas occupy the open spaces of the school merging with the negative architectural imprint.

From the access, the canopy welcomes and articulates opened and enclosed common spaces, organizing the set of classrooms as autonomous units around small yards.

The fragmented white volumes of different heights, built with whitish light-coloured enamelled brick, remind us to the imaginary of vernacular architectures, which represent the importance of their ultimate goal: the place where the foundations for life in society are developed, where knowledge and learning craft the future. The canopy built with a lightweight concrete slab finished with dark red ceramics, will turn into the School’s representative image. 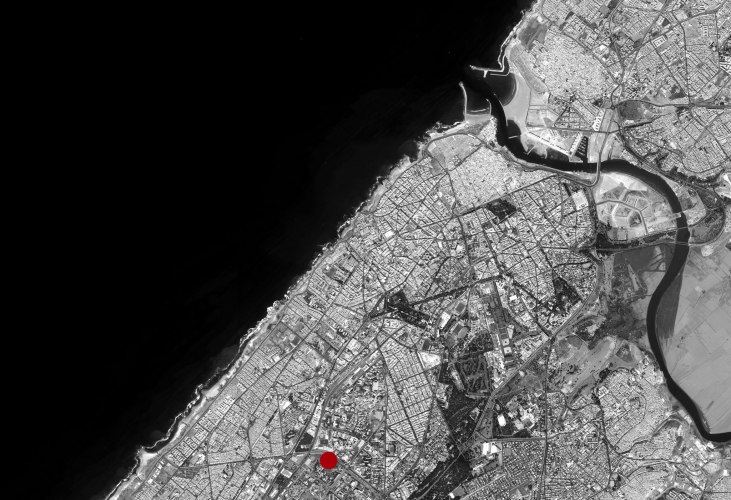 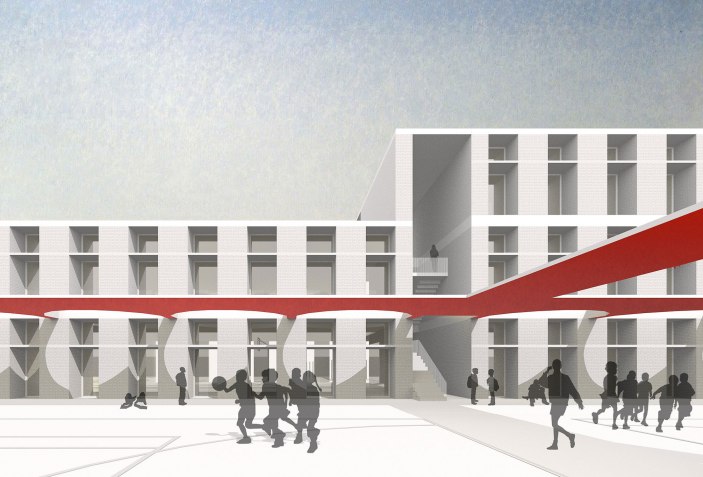 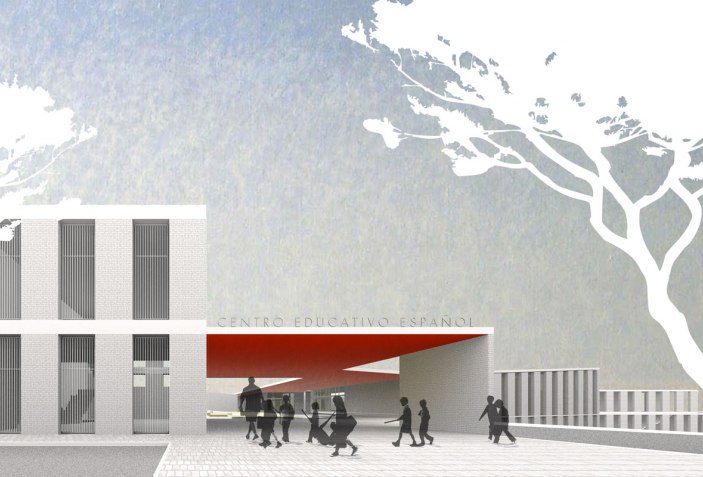 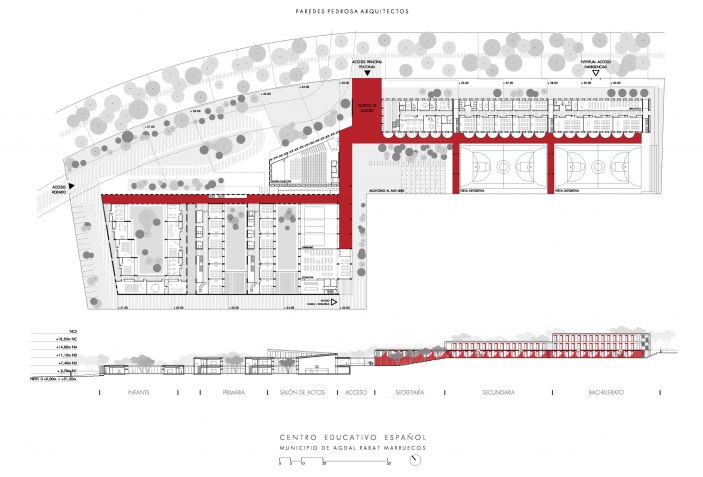 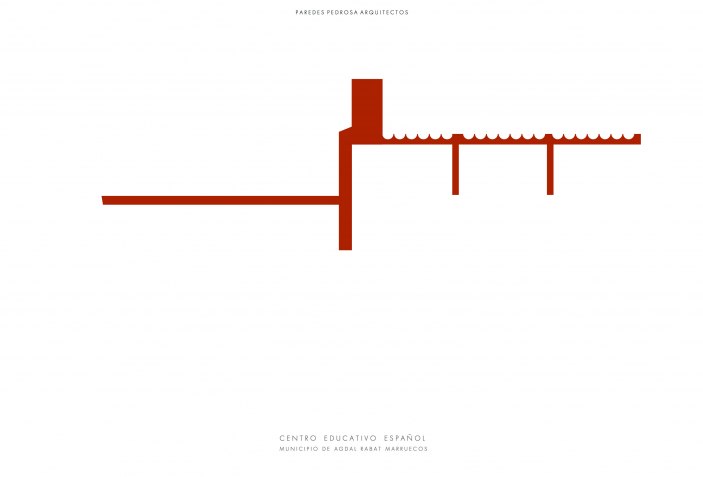 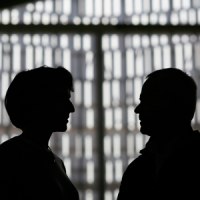 Ángela García de Paredes (1958) and Ignacio García Pedrosa (1957) are architects by the Architecture School of Madrid, where they teach. Invited professors in other spanish and foreign universities for teaching, critics and speakers. In 1990 they founded Paredes Pedrosa Studio, after collaborating with José María García de Paredes for several years.

They are authors of, among other works, the Valdemaqueda Town Hall, Valle Inclán Theatre in Madrid, the Archaelogical Museum of Almería, Peñíscola Auditorium, La Olmeda Roman Ville, Ceuta Library or the Lugo Auditorium. Their work has been recognized with the 2007 Spanish Architecture National Award, ar+d Award, Europan II and IV, Europa Nostra, Madrid Architecture Award, Mansilla Award, Gold Medal International Prize for Sustainable Architecture, Mediterranean Sustaniable Architecture Award and 'Golden Medal for the Merit in Fine Arts' 2014, given by the Culture and Sports Spanish Ministery. Their work has been exhibited in many national and international architecture biennials. 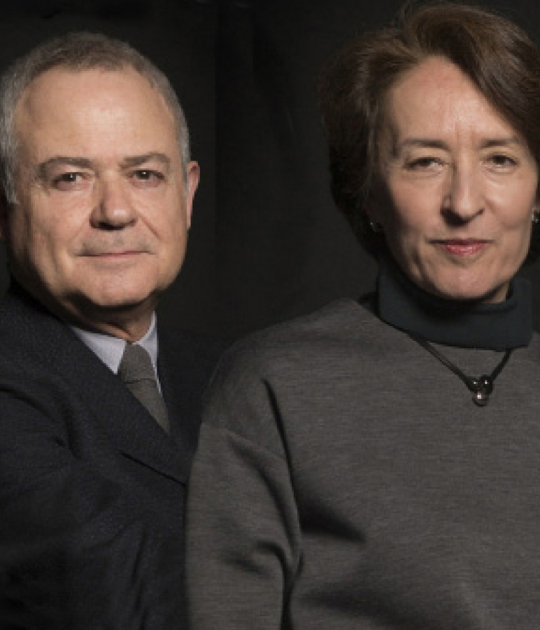 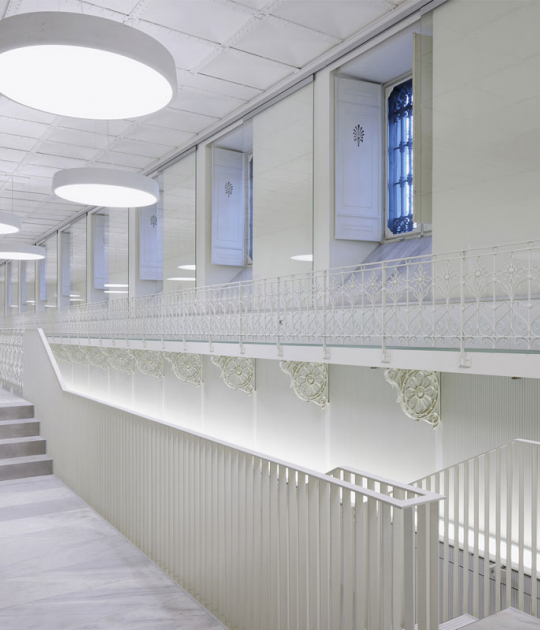 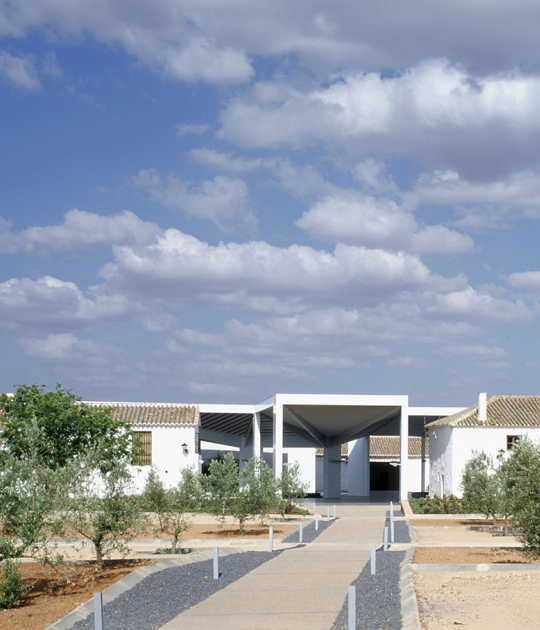 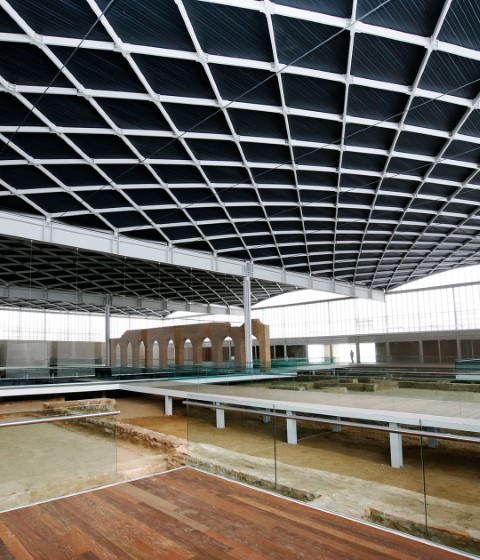 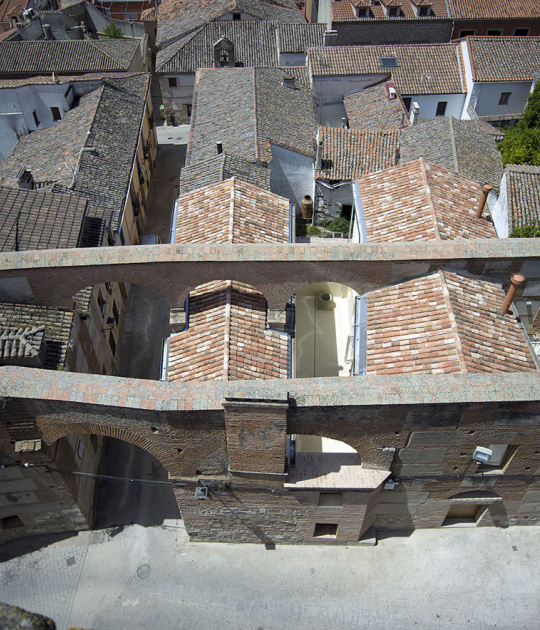 Living in the Arcade: Houses for two Brothers