The body – constant and indefinite at the same time – »bursts« the space already with its mere physicality, creating a first distinction between the self and its environment. Only the body movements create a reference to the otherwise invisible space. 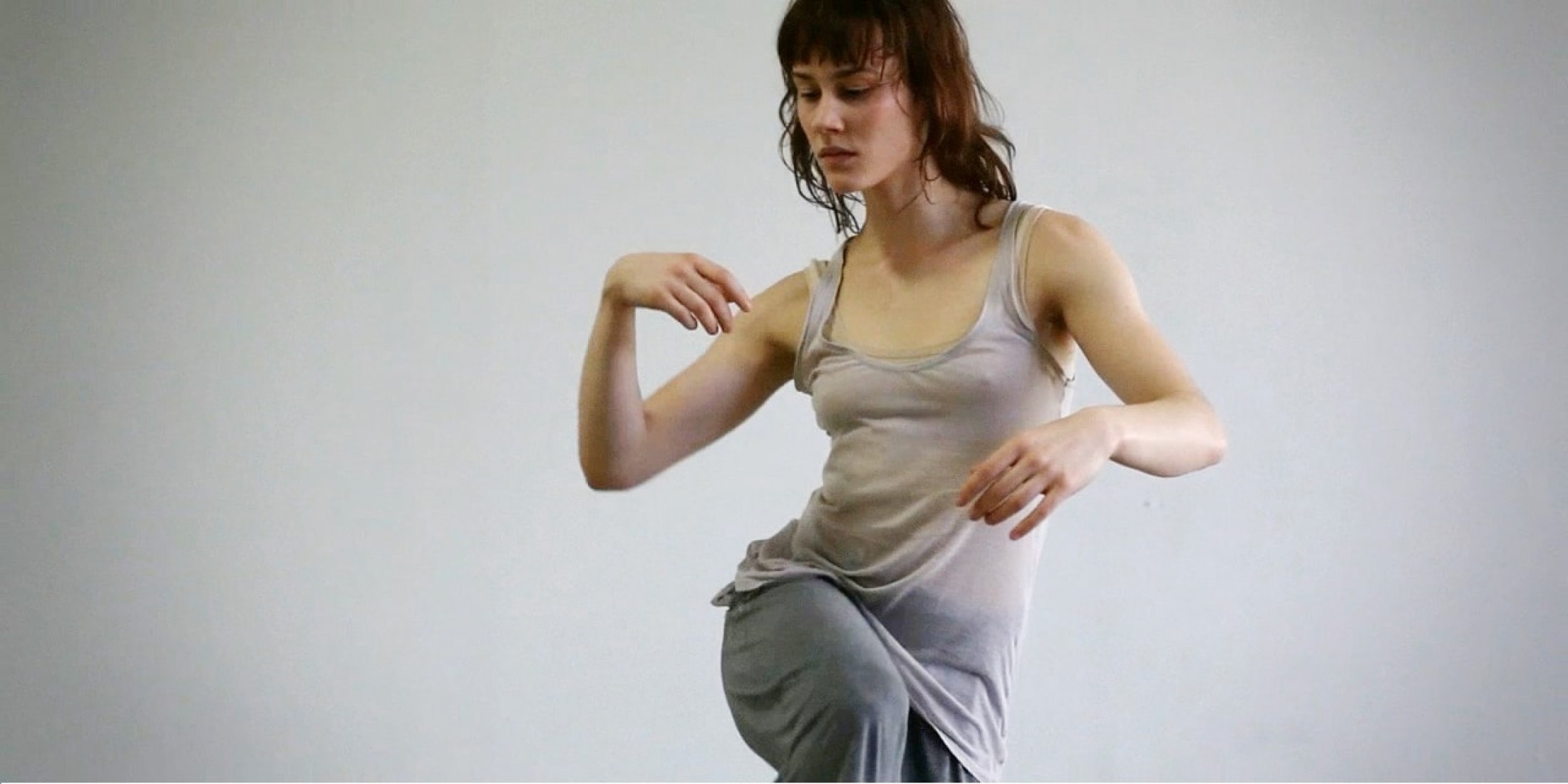 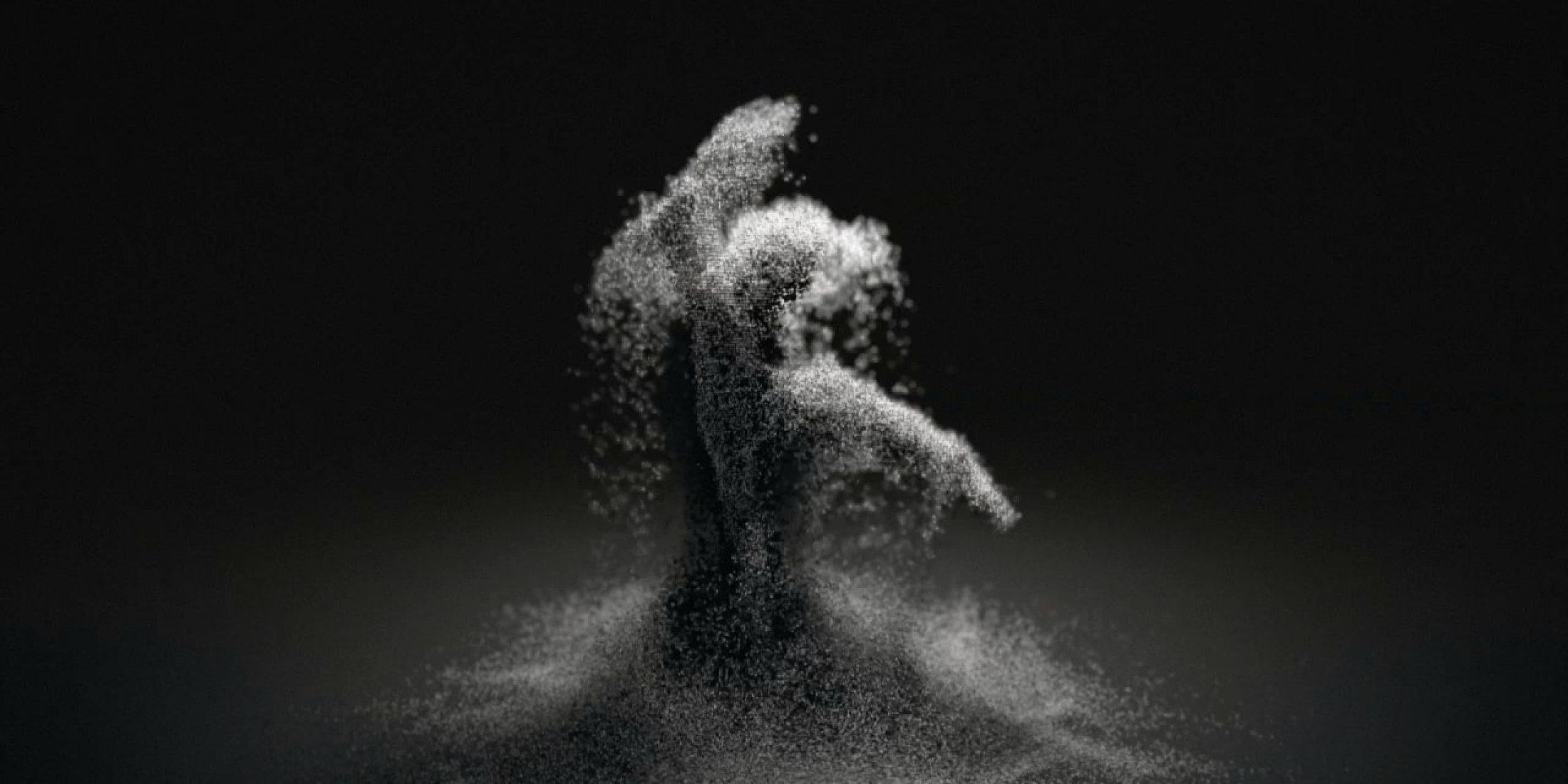 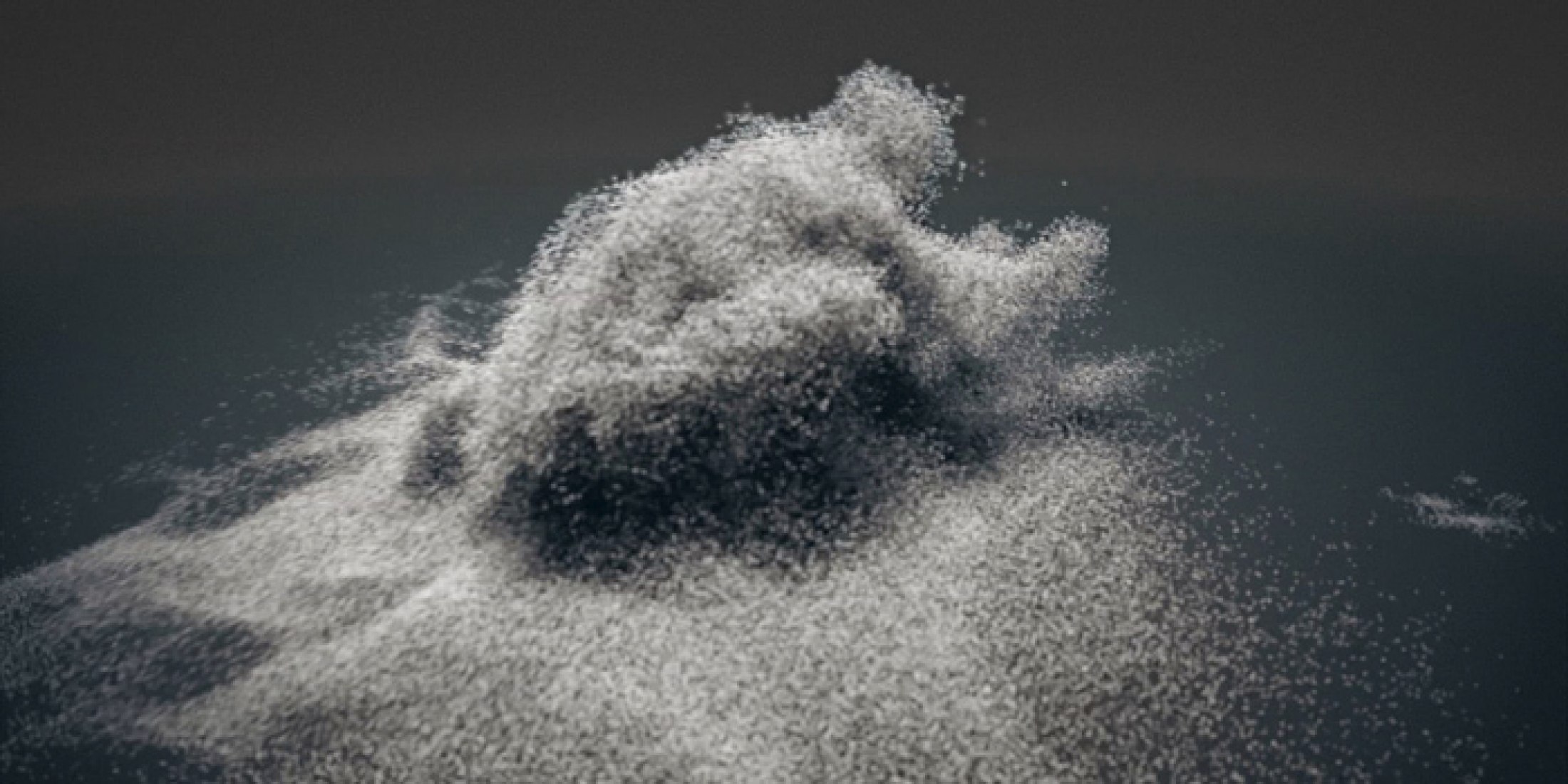 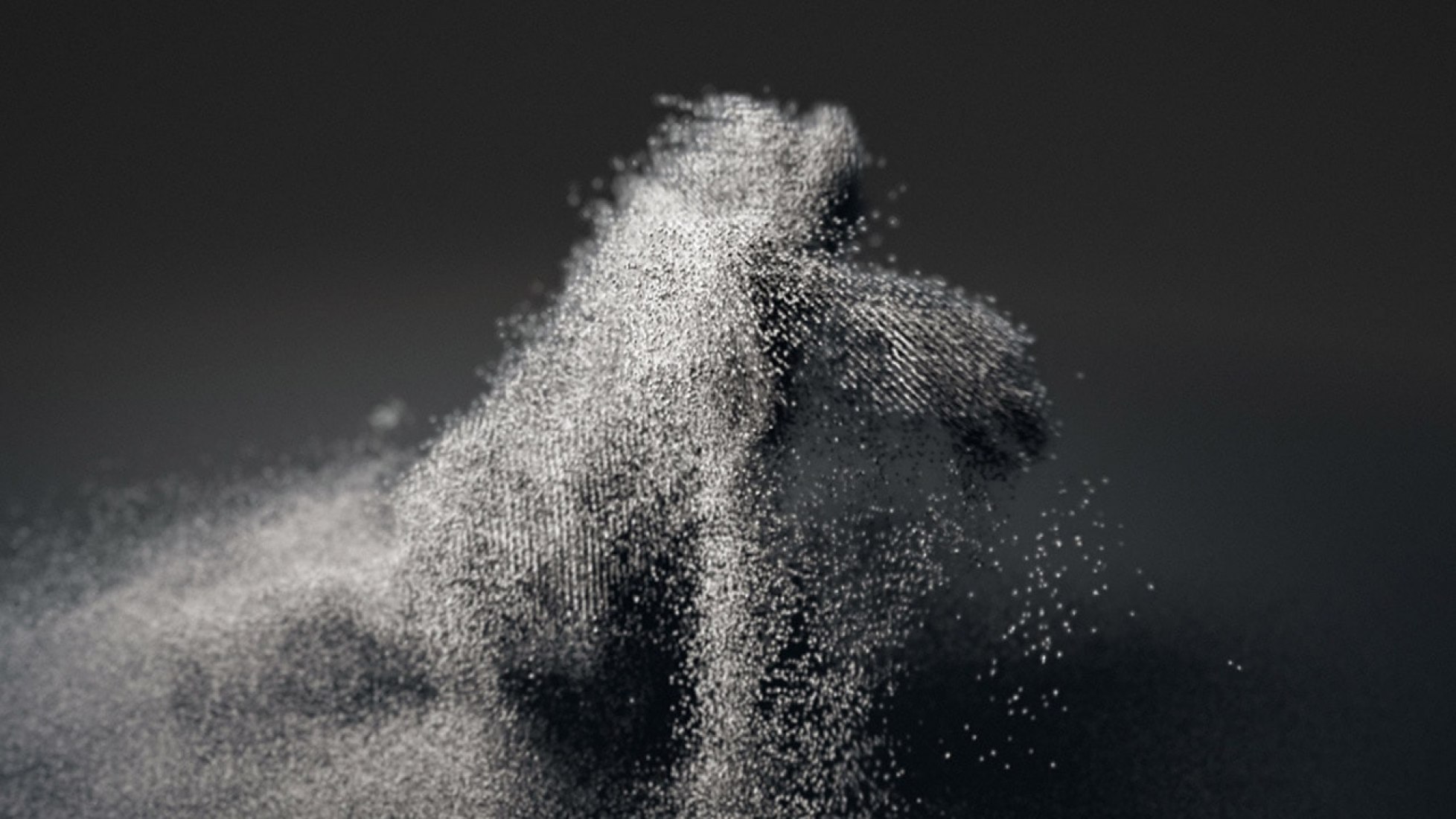 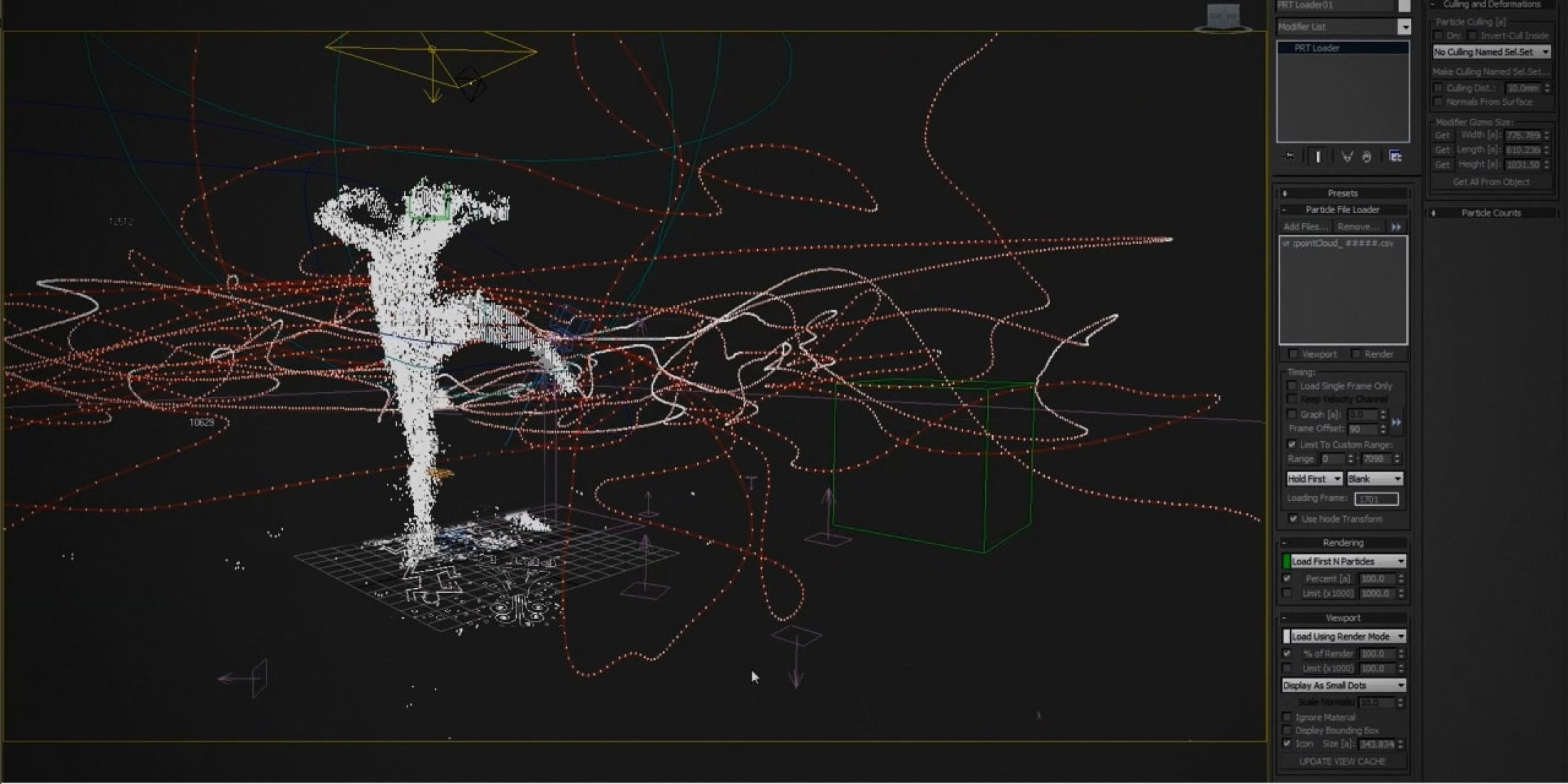 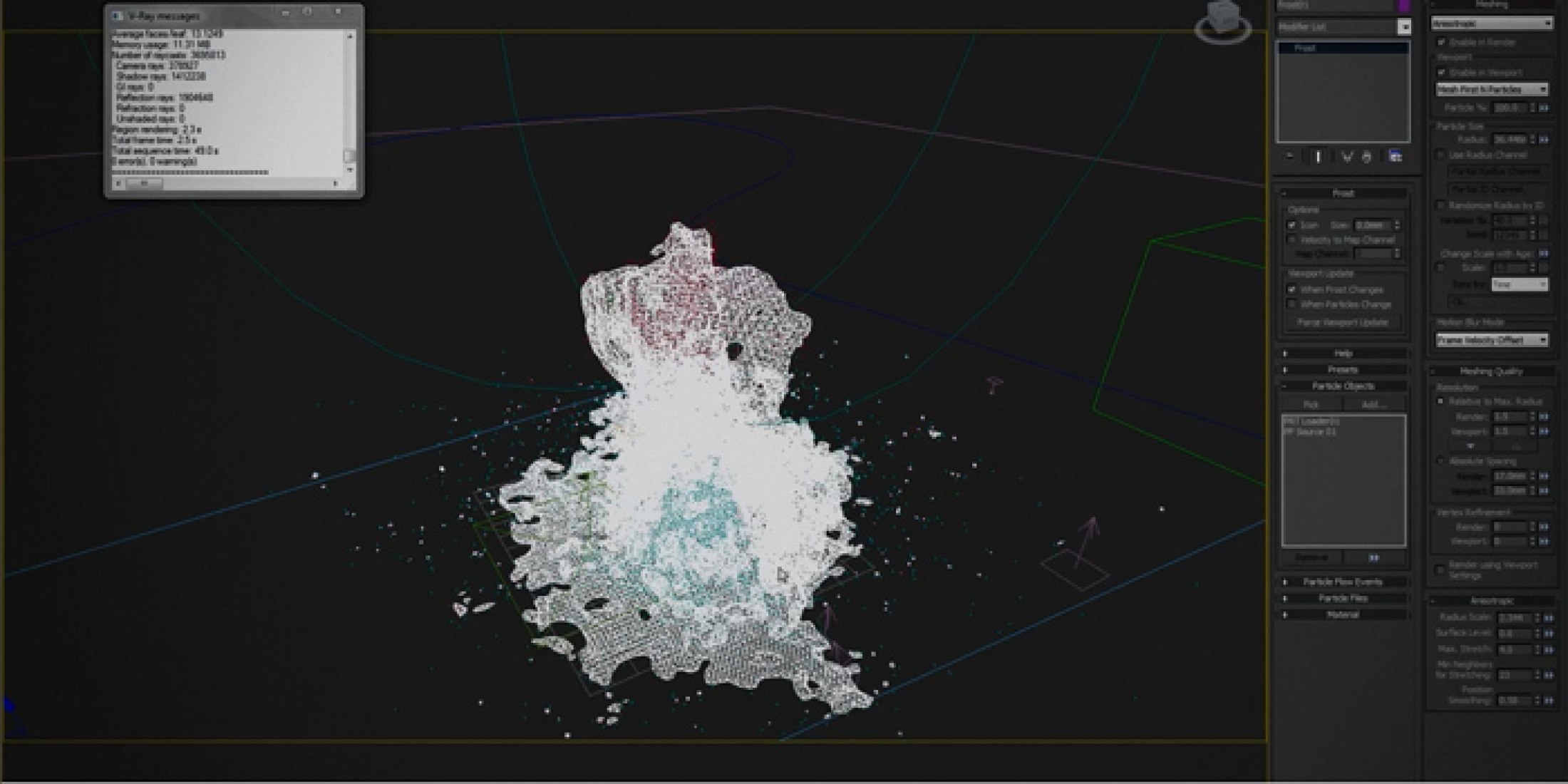 Onformative. The basic idea of the project is built upon the consideration of creating a moving sound sculpture from the recorded motion data of a real person. For our work we asked a Laura Keil, a berlin based dancer to interpret a musical piece – Kreukeltape by Machinenfabriek – as closely as possible with the movement of her own body. She was recorded by three depth cameras (Kinect), in which the intersection of the images was later put together to a three-dimensional volume (3d point cloud), doing so we were able to use the collected data throughout the further process.

The three-dimensional image allowed us a completely free handling of the digital camera, without limitations of the perspective. The camera also reacts to the sound and supports the physical imitation of the musical piece by the performer. She moves to a noise field, where a simple modification of the random seed can consistently create new versions of the video, each offering a different composition of the recorded performance. The multi-dimensionality of the sound sculpture is already contained in every movement of the dancer, as the camera footage allows any imaginable perspective.

The body – constant and indefinite at the same time – “bursts” the space already with its mere physicality, creating a first distinction between the self and its environment. Only the body movements create a reference to the otherwise invisible space, much like the dots bounce on the ground to give it a physical dimension. Thus, the sound-dance constellation in the video does not only simulate a purely virtual space. The complex dynamics of the body movements is also strongly self-referential. With the complex quasi-static, inconsistent forms the body is “painting”, a new reality space emerges whose simulated aesthetics goes far beyond numerical codes.

Similar to painting, a single point appears to be still very abstract, but the more points are connected to each other, the more complex and concrete the image seems. The more perfect and complex the “alternative worlds” we project (Vilém Flusser) and the closer together their point elements, the more tangible they become. A digital body, consisting of 22 000 points, thus seems so real that it comes to life again. 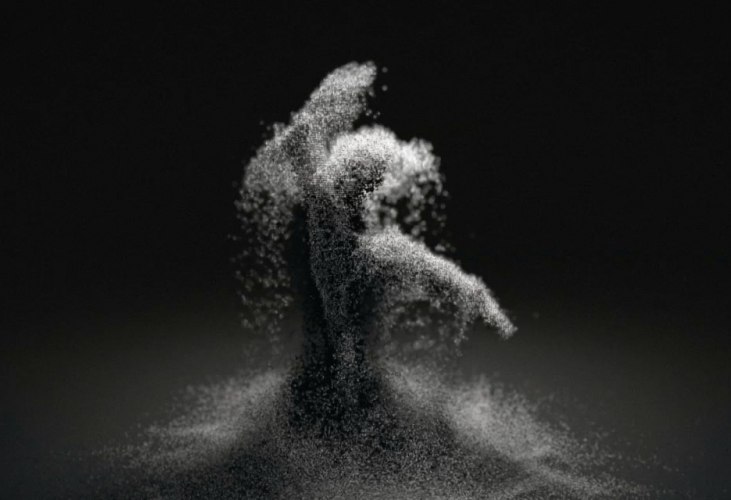 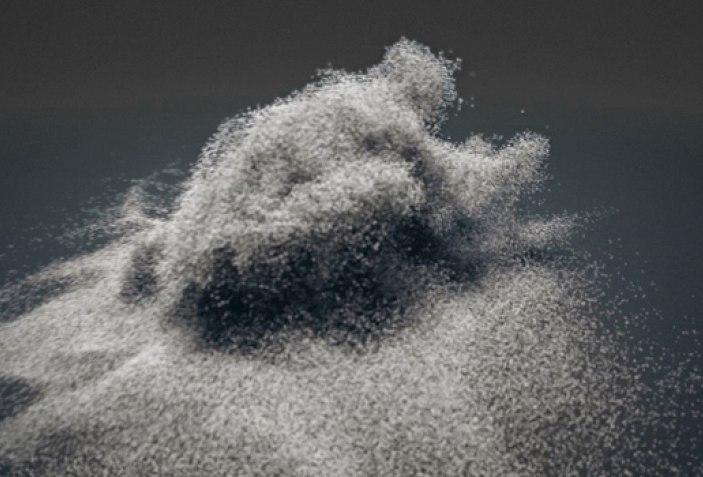 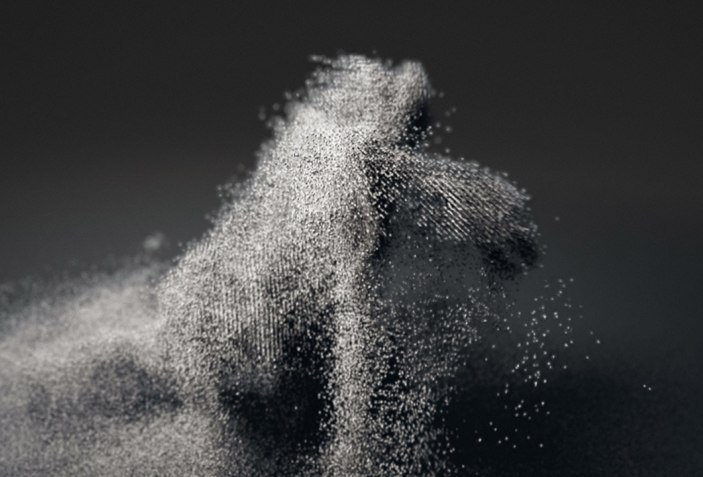 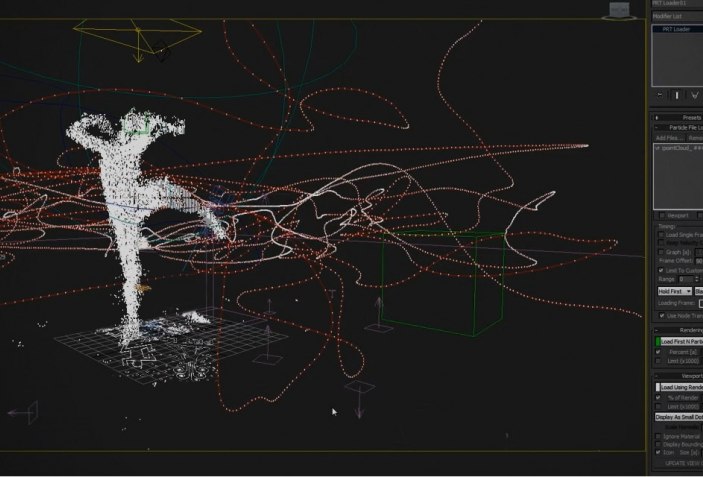 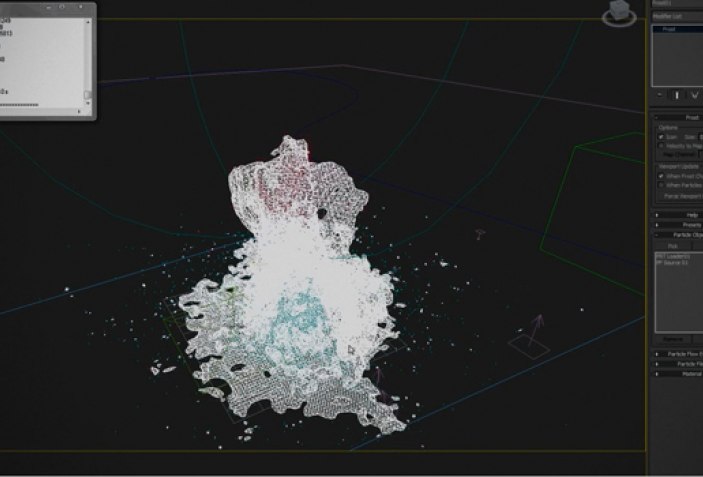 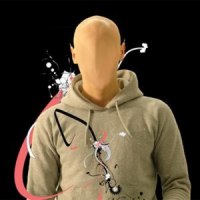 Daniel Franke (1982) works as an artist, designer and music video director in Berlin. His works challenge the restrictions of conventional spatial frameworks and – concepts: digital simulations should no longer be limited to an on-screen-display; instead the digital might be imagined as transferable into real space and thus extend perceptions of “the real”. Ultimately digital spaces should leave the realm of the virtual and enter the tactile.

This approach is present in works like „Spatial Sound Sculpture“ and „Durchsehen Exp. 01 (Augmented Perspective)“.

Daniel is a graduate of the University of Arts where he currently finished his masters degree (Meisterschüler) mentored by Prof. Joachim Sauter and Prof. Alberto de Campo. He is a Member of the WeAreChopChop Collective. In 2011 he co-founded the project space LEAP (Lab for Electronic Arts and Performance) in Berlin. 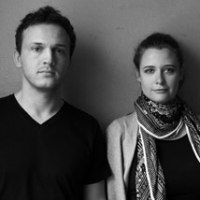 Onformative Studio Cedric Kiefer + Julia Laub. For us the generative design process presents a new way of thinking and a new approach on how to bring ideas to the market in a more effective and efficient way. onformative covers a range of fields from classical book design, to visualizing information, to experimental generative work. Our expertise along with an in-depth understanding of the project lead to innovative solutions that go beyond conventional ways of doing creative work. At the intersection of technology, design and emotion we develop innovative, cross-media solutions for our customers in the domains of culture, economical and education.

With our experience we can guide projects from the initial planning phases all the way to their implementation. We consult, and expand the horizon of possibilities in a playful yet consistent manner. We use our experience gained from experimental projects to develop adequate strategies for specific needs. Aside from commissioned work onformative offers workshops and seminars that give insight into new design methods. By doing so we provide our customers with the knowledge on how to integrate the generative approach into their design processes. 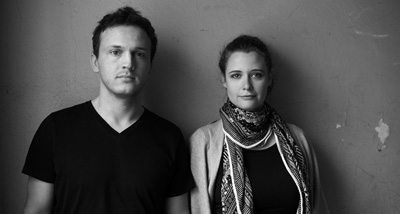 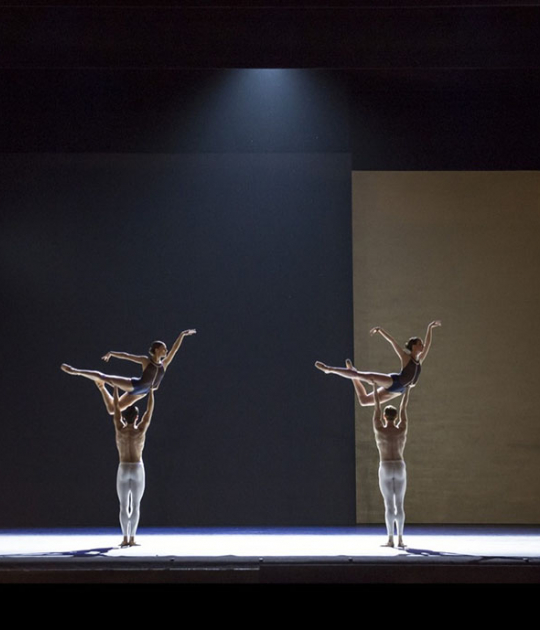 David Dawson presents his first work for The Royal Ballet 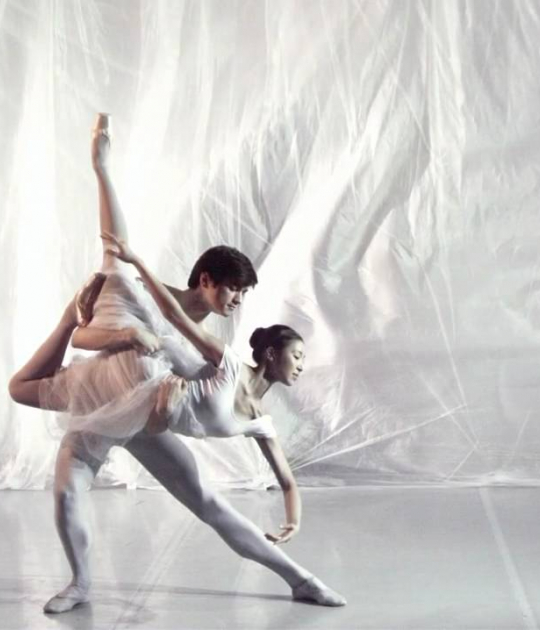 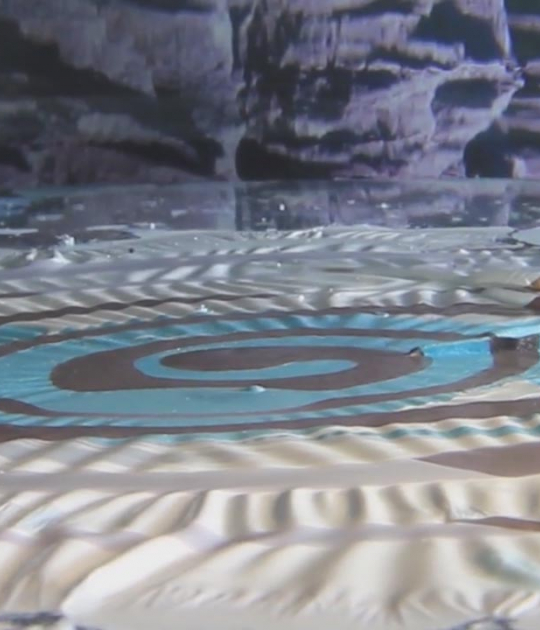 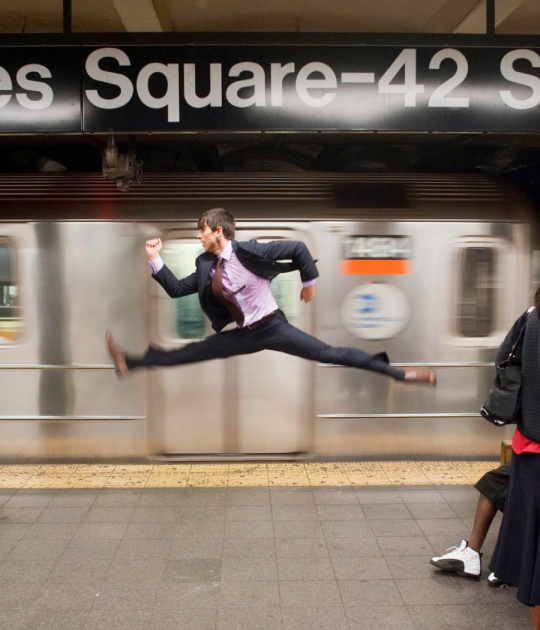 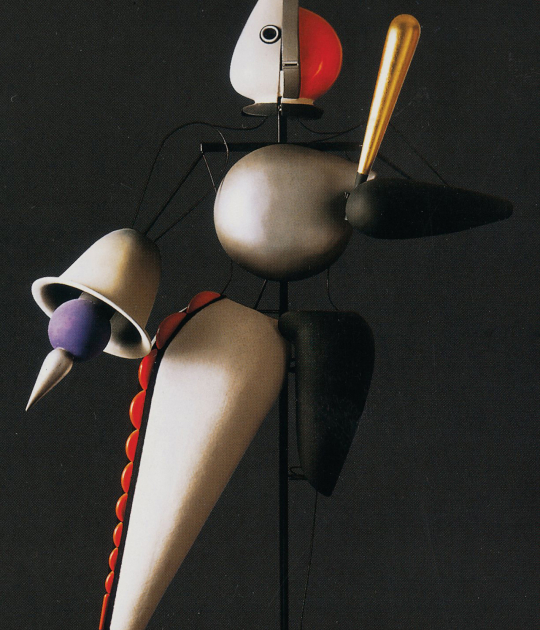