Maite Felices show us next video, really ... more than video a great idea: From here, smart people with good ideas, new proposals to go out of the crisis and that are held. To prove that it was possible to make a frame of wood bicycle, resistant and light, because on the material resistance table at the same weight wood is as resistant as aluminum os stainless steel. Congratulations to Axalko team! and of course, our Hat tip!! 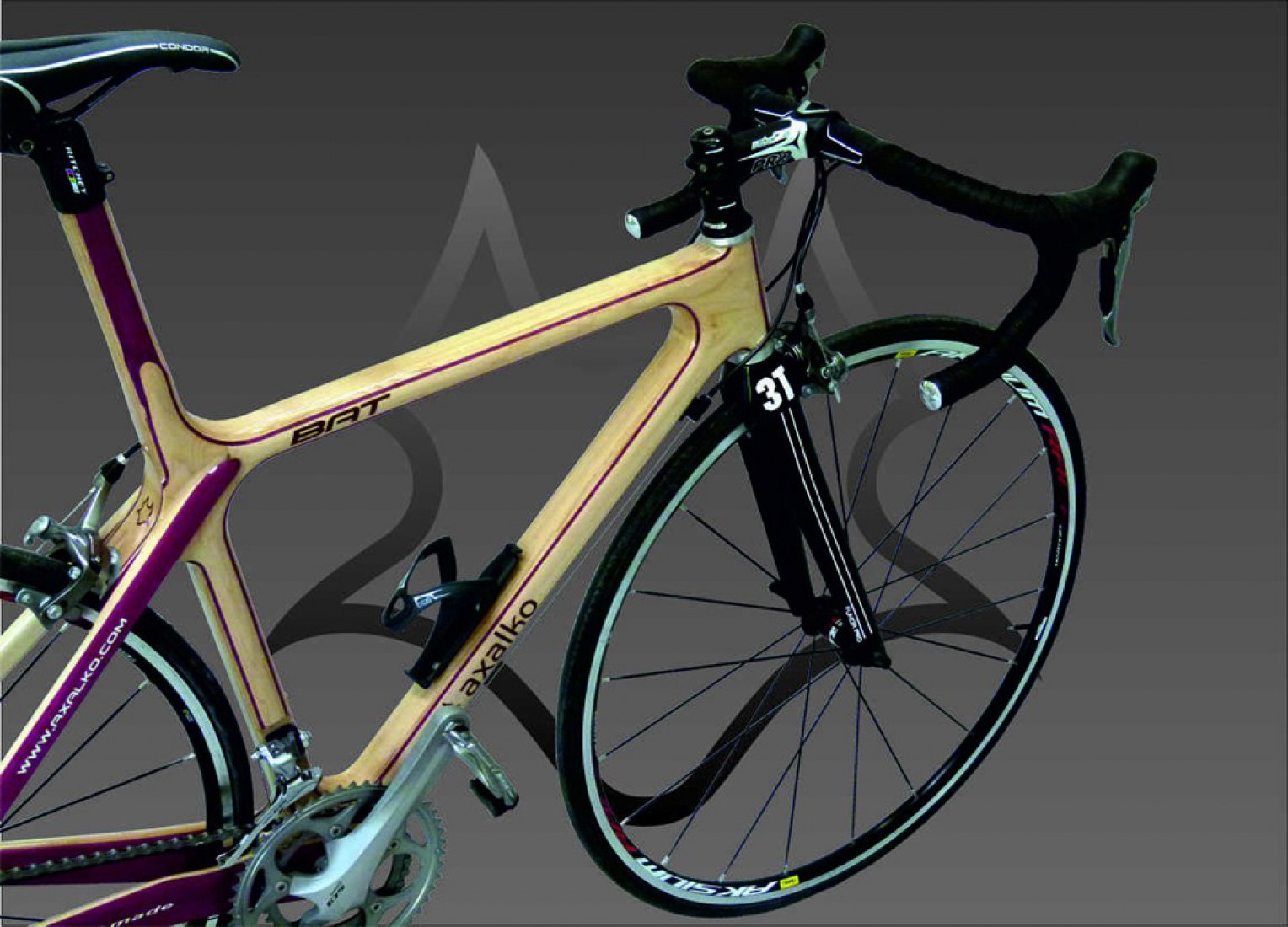 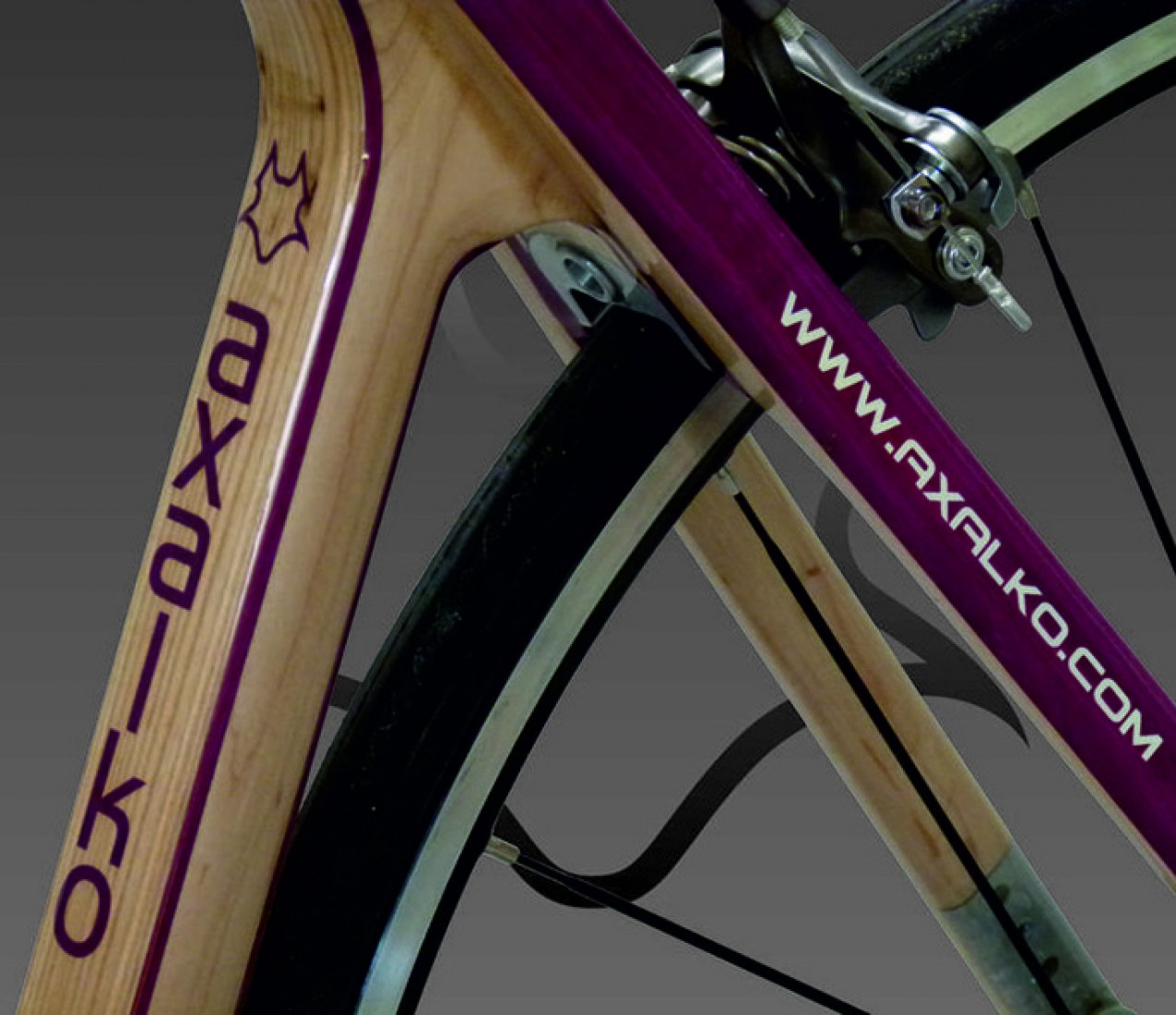 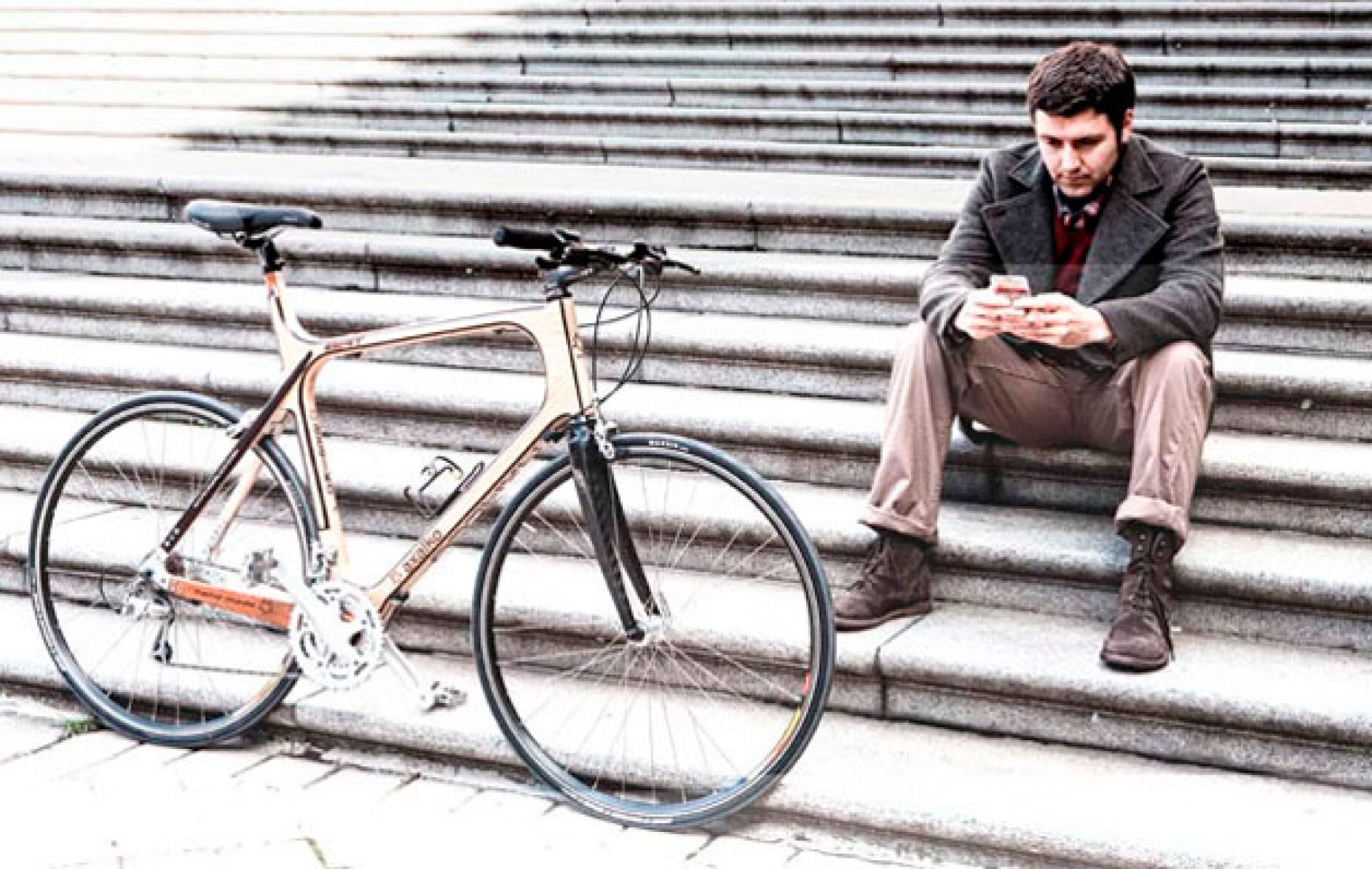 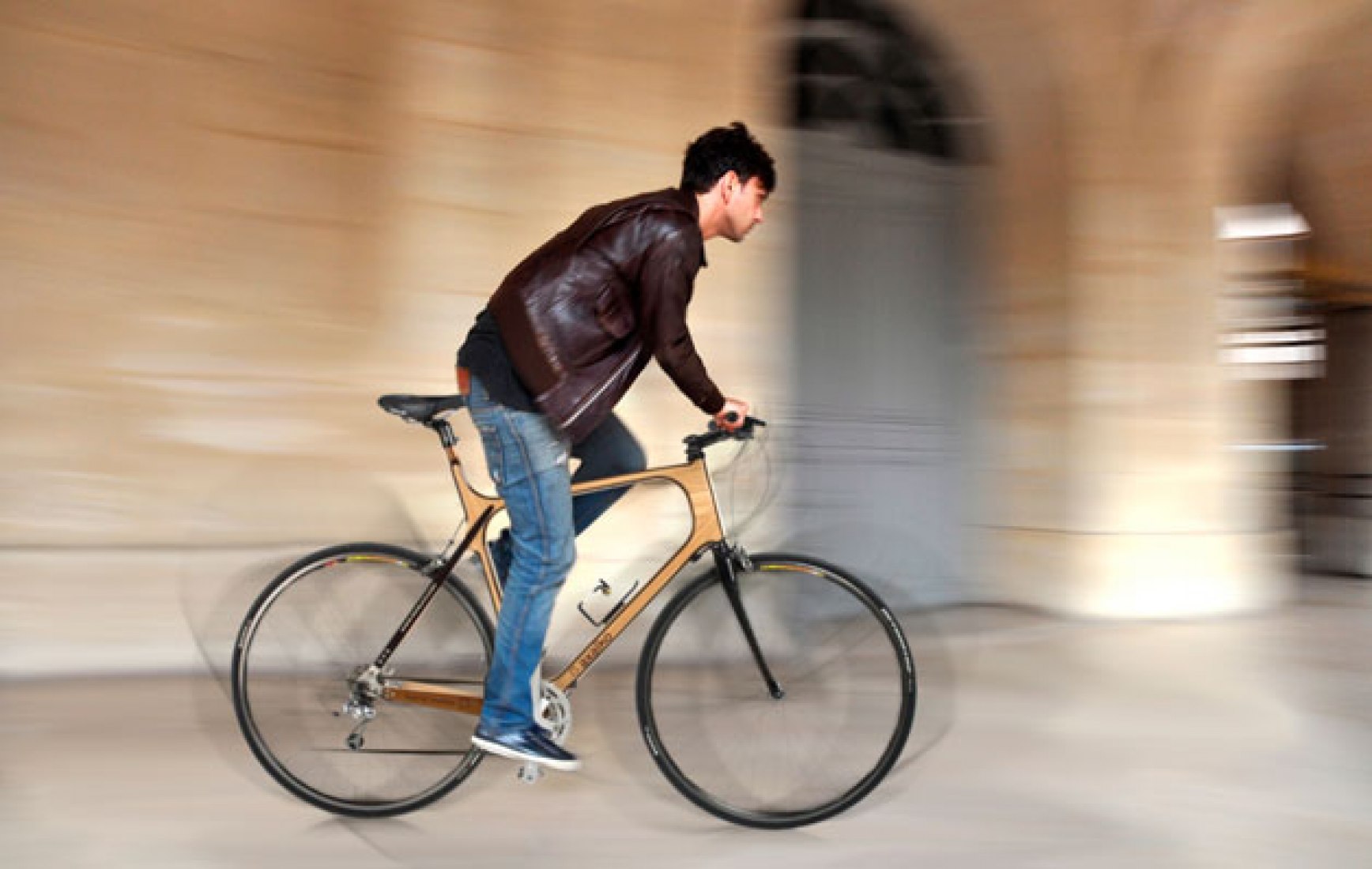 Six years ago the Tellería brothers (Aitzol and Andoitz), both professionals in the wood industry and fans of bicycle culture and mountain sport, joined up with fellow professional Enrique Ardura. Together, they were inspired to develop a project that combined their knowledge of wood modification technology and all its potential.

Working from their joinery called Txirbil (meaning ‘wood shaving’ in Euskera, the ancient language of the Basque lands), the design team came to the conclusion that the tubular fibers of wood were perfect for creating a fast, sturdy bicycle frame. As well as having an interesting natural aesthetic, wood is resistant, can absorb a high level of vibration and can result much lighter than generally perceived.

Axalko is the name given to these new wooden bicycles, inspired by a character from the brothers’ childhood – a quick and ingenious fox who appeared in fables their grandmother told them.

An in-depth study was called for, looking at the effect the various forces would have on the bike frame in motion. Its micro-laminated finish allows for the utmost levels of resistance and rigidity. On the other hand, its hollow structure makes it really lightweight.

The core of the frame is made with ash tree wood, a species indigenous to the region and that can also be found all over Europe, including the Britain and Ireland. The bike has been favorably tested by members of professional teams as well as in two demanding races in France - the París-Roubaix and the Flandes Tour. Like if it were a luthier atelier, most of the Axalko bike’s manufacturing process is done by hand, meaning care is taken over every detail, whether technical or aesthetic. Clients can have their model customized by choosing the colors and laminated finish. Durable, practical and elegant, the Axalko bike sets the bar high for stylish commuting.

When asked about their innovative technique, Axalko’s creators simply answer that they have bridled a technology already found in nature. 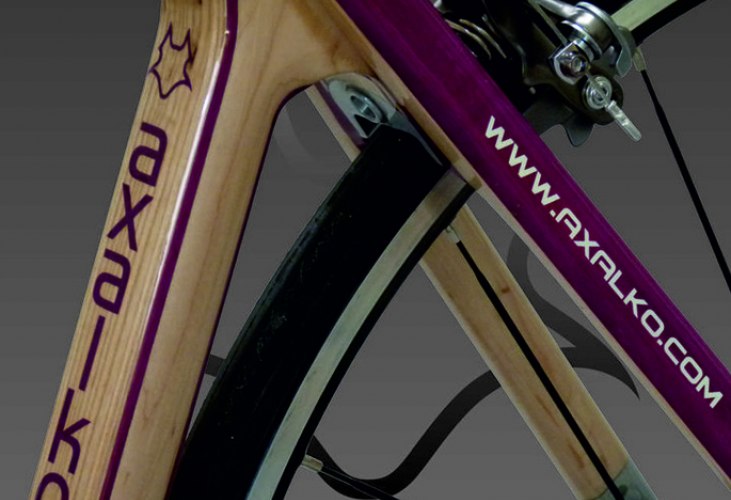 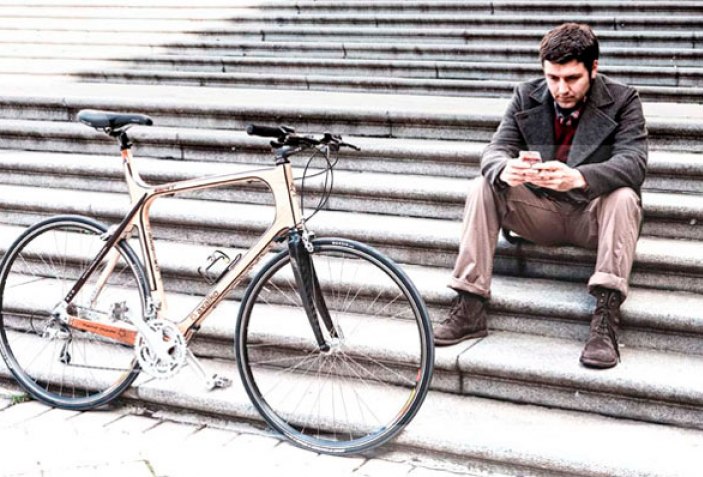 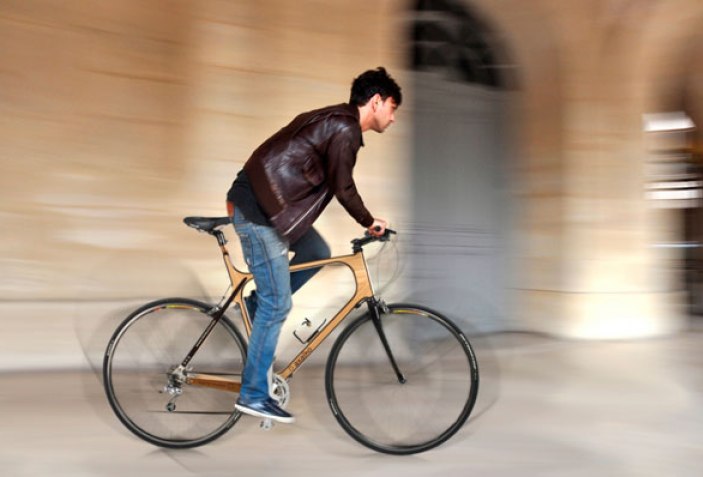 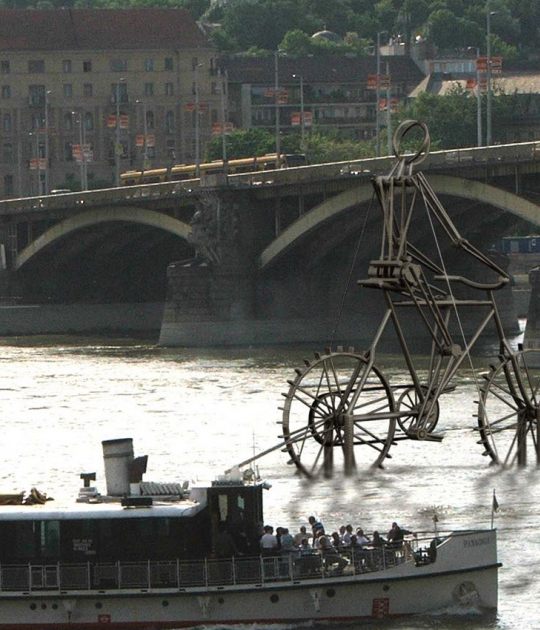 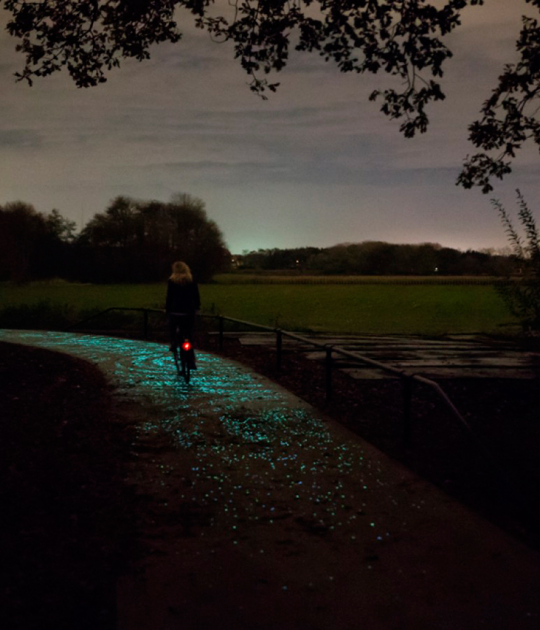 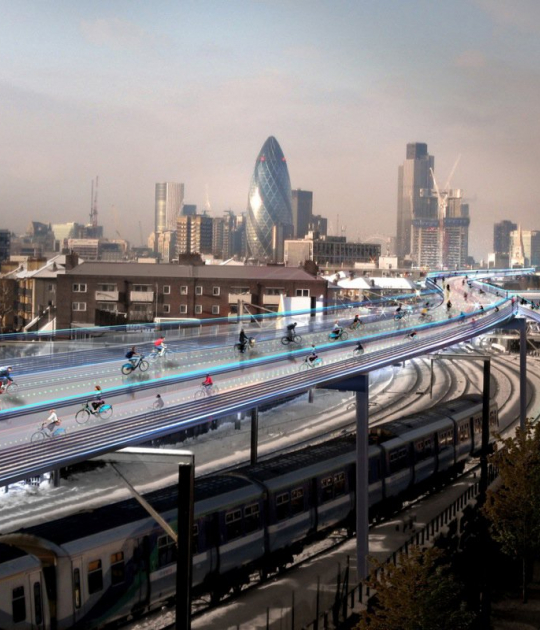 Foster proposes a SkyCycle throughout London