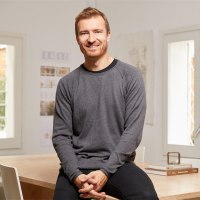 Carles Enrich (Barcelona, 1980) graduated at the ETSAB in Barcelona in 2005. From the beginning of his career he has combined his professional work with research, and obtained a Master degree in Theory and Practice of Architectural Projects from the UPC where he is currently a PhD Candidate. His thesis deals with the temporary occupations in the public space in Barcelona.

Associate lecturer in Projects at the ETSAB since 2016. From 2008 to 2017, he taught Projects and Urban Design at the Reus School of Architecture and, in 2015, Projects at the ETSAV. He was also visiting professor in the Extra-Local workshop organised by Columbia GSAPP in 2019, has collaborated on international master’s degrees such as the BIARCH in 2012 and the master’s degree in Restoration at the UPC in 2014, and directed the Vertical Workshop at the UIC Barcelona School of Architecture in 2018.

Carles Enrich’s aim of producing practice-based knowledge led him in 2013 to set up Carles Enrich Studio, where he develops projects that cover the entire habitable territory, from the domestic sphere to landscape. The quality and rigour of the practice’s built work are endorsed by consecutive nominations for the European Union Mies Award (2017, 2019) and the Lisbon Triennale Début Award 2016; the Spanish Architecture and Urban Design Biennale Awards in 2016 and 2018, the FAD Opinion Prize in 2016, and the AJAC Awards in 2012, 2016 and 2018. They were also recognised in the studio’s participation in the Venice Architecture Biennale in 2012, with the exhibition Context in “Architectural Rowers” in the Catalan Pavilion and, in 2016, as part of the exhibition Unfinished, which earned the Spanish Pavilion the Biennale’s Golden Lion.