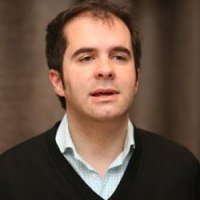 Andrés Jaque, holds a Ph.D. in architecture. He is the founder of the Office for Political Innovation and the Dean of the Graduate School of Architecture, Planning, and Preservation at Columbia University, New York.

In 2014 he received the Silver Lion at the 14th Mostra Internazionale di Architettura, Biennale di Venezia.