Selfridges is a central London department store housed in a grand, beaux-arts style building on Oxford Street, completed in 1929.

The project combines architectural heritage with the functionality of a department store and provides a vision of the future of luxury retail. 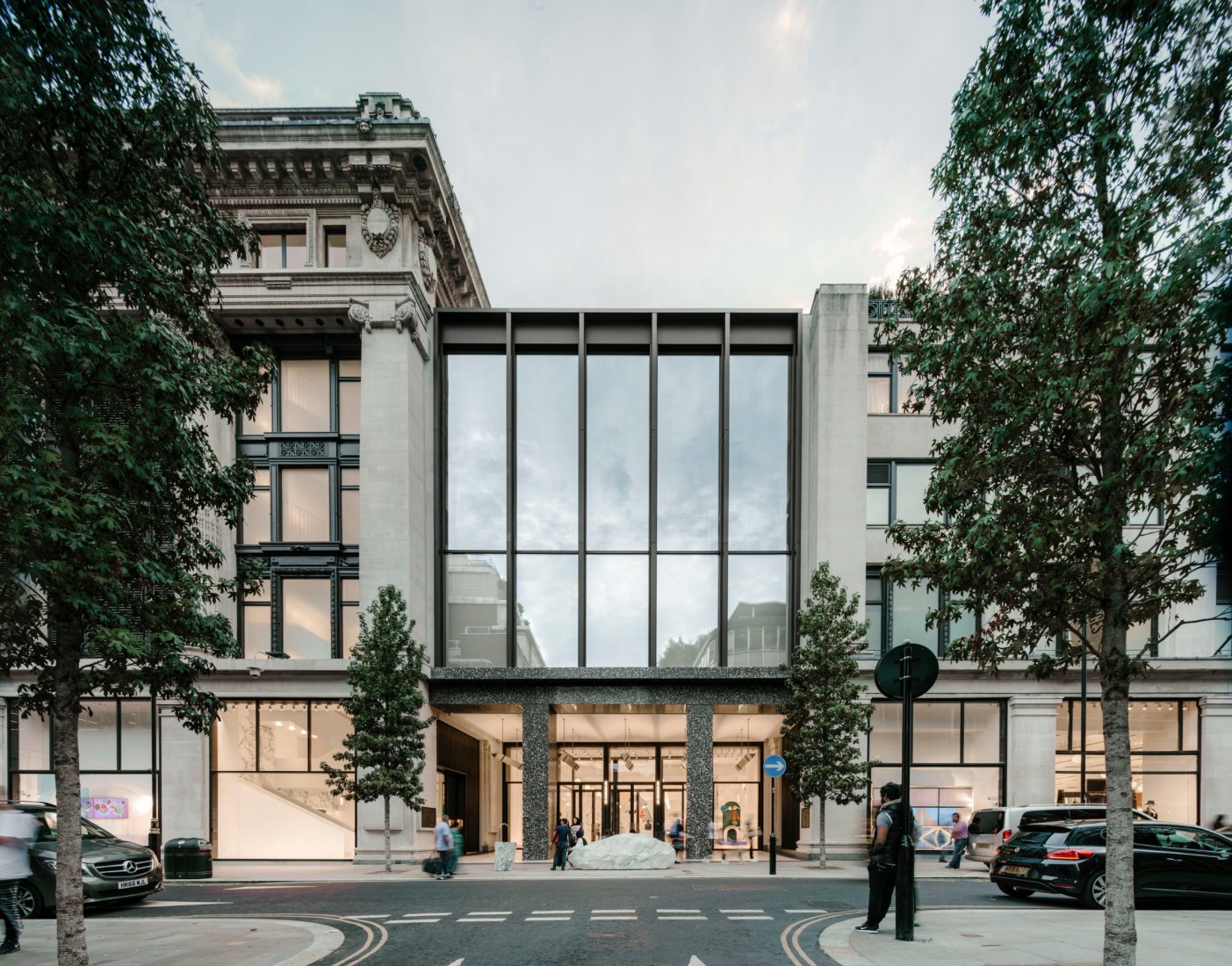 The scheme is located on the east wing of the ground floor of the London flagship department store. Photography by Simon Menges 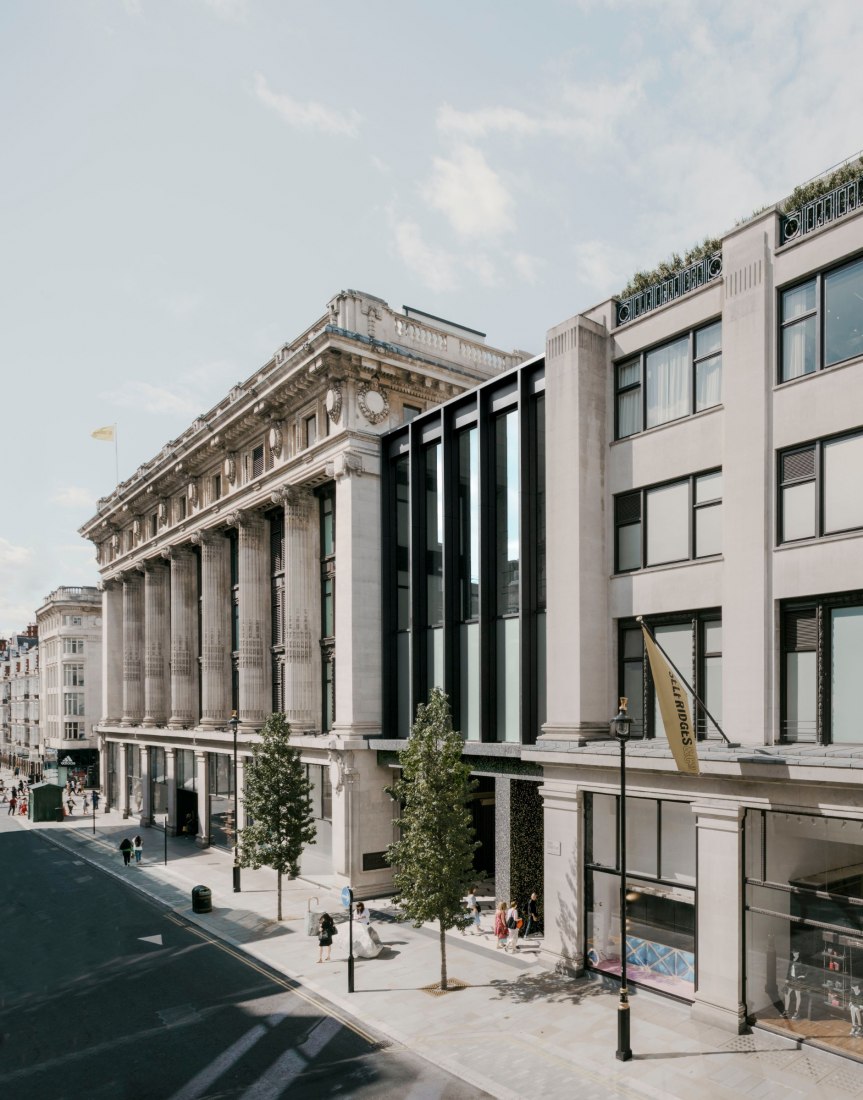 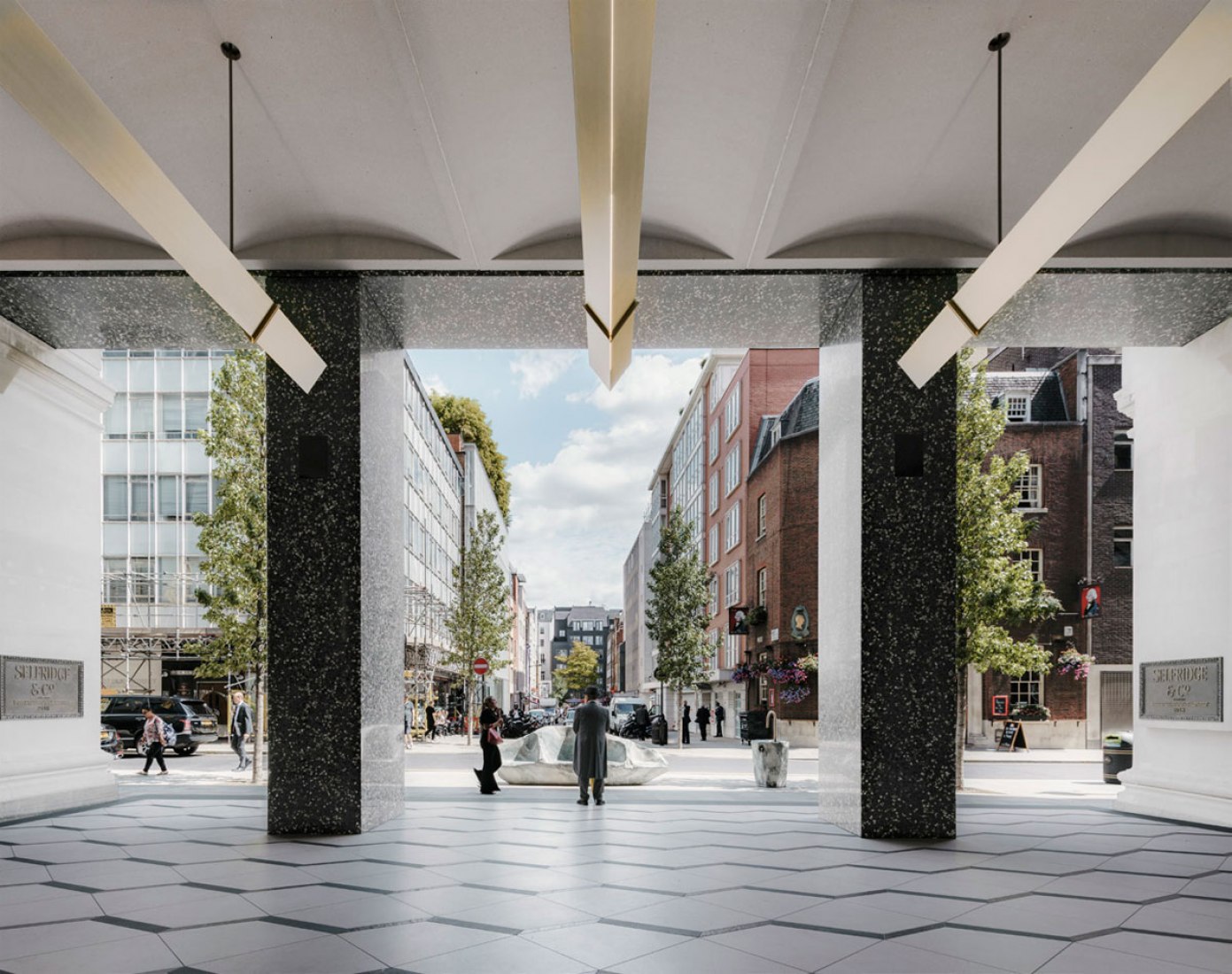 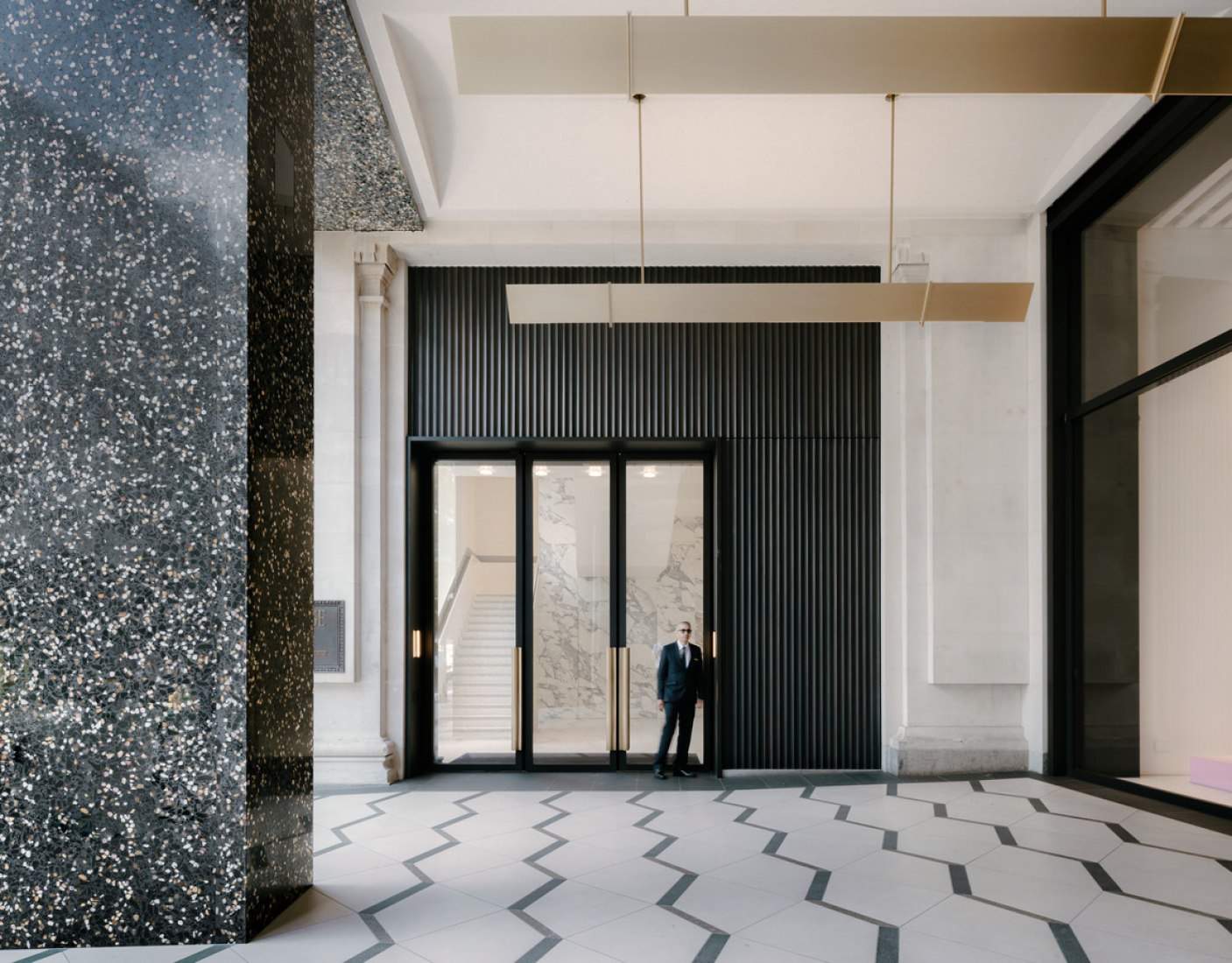 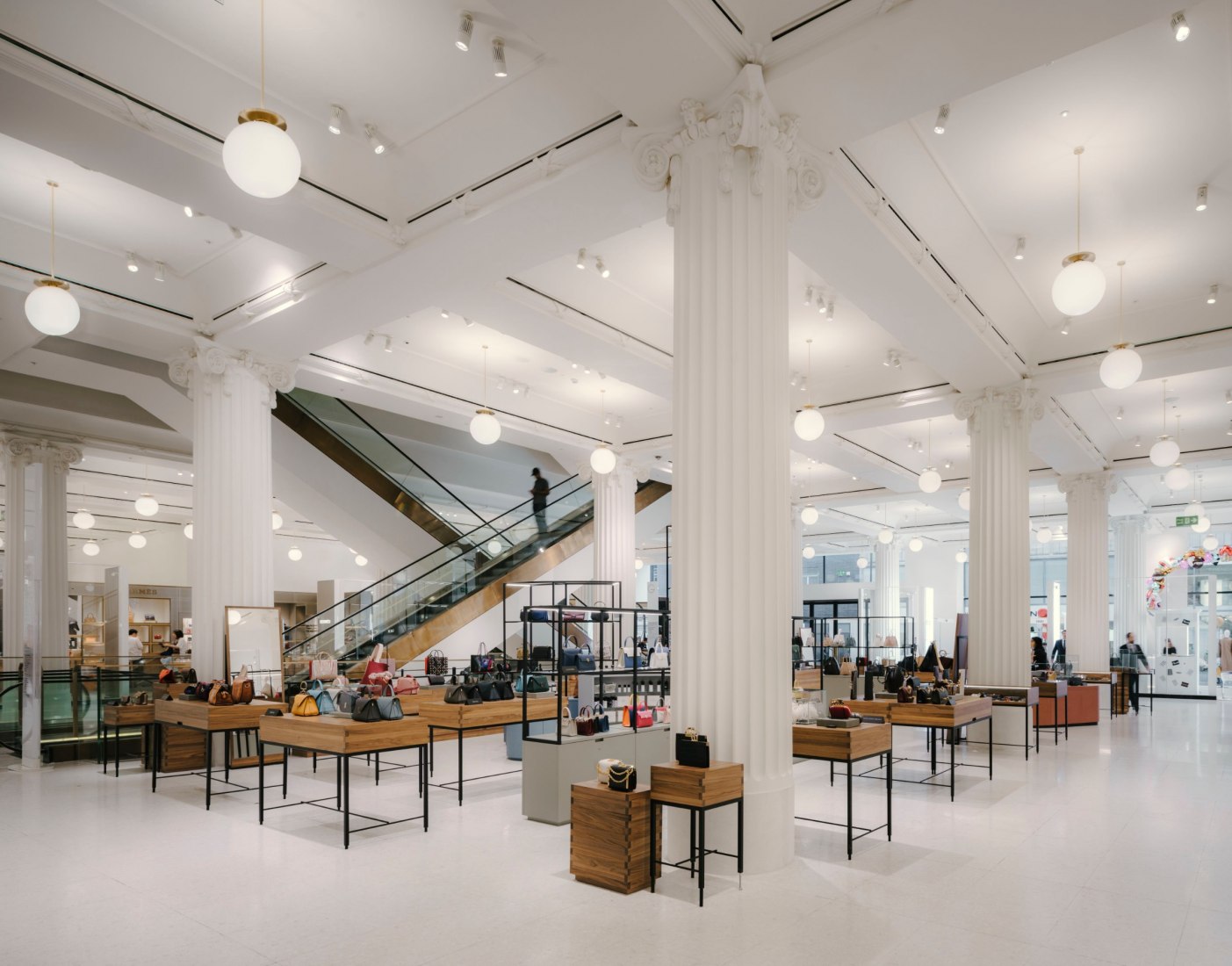 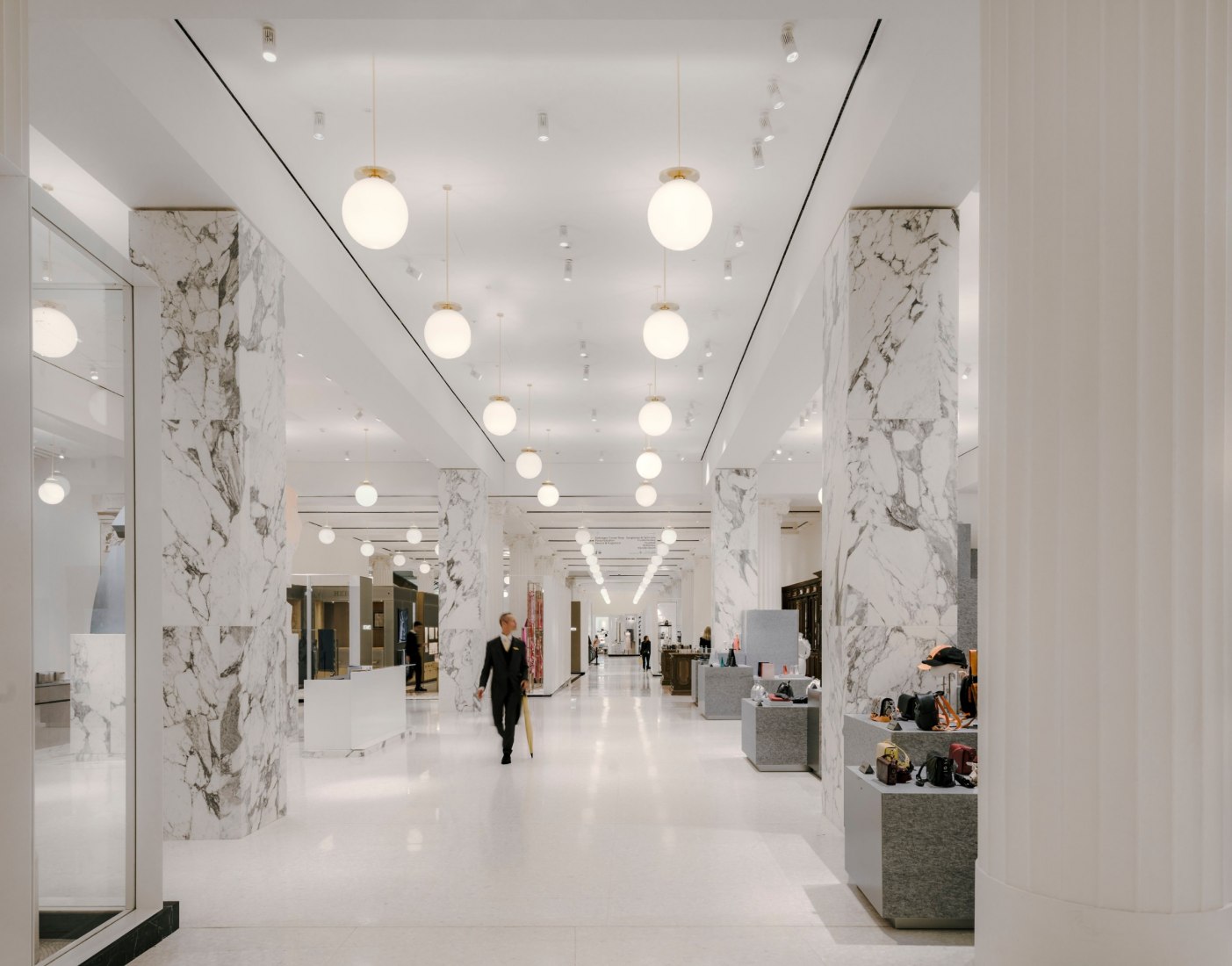 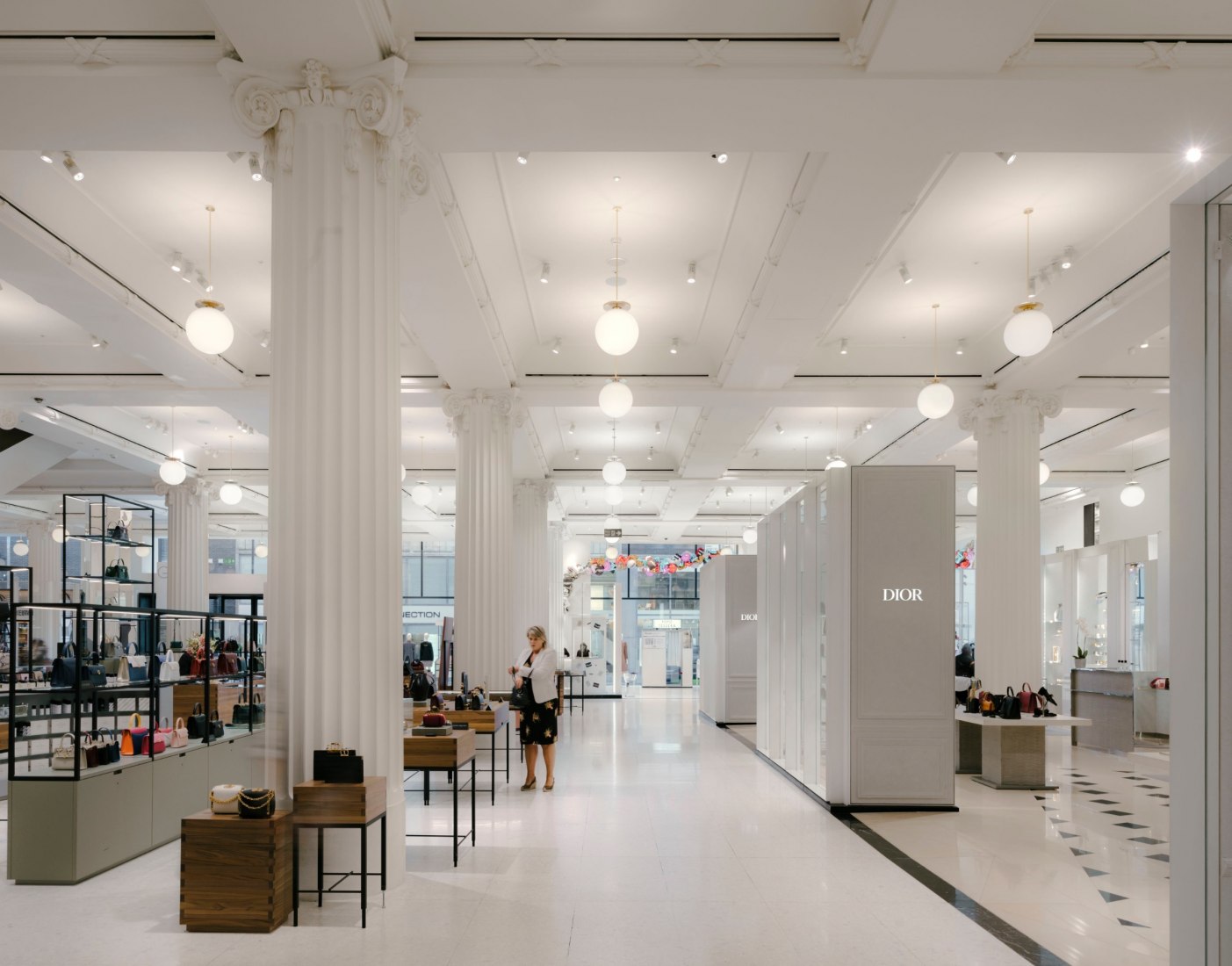 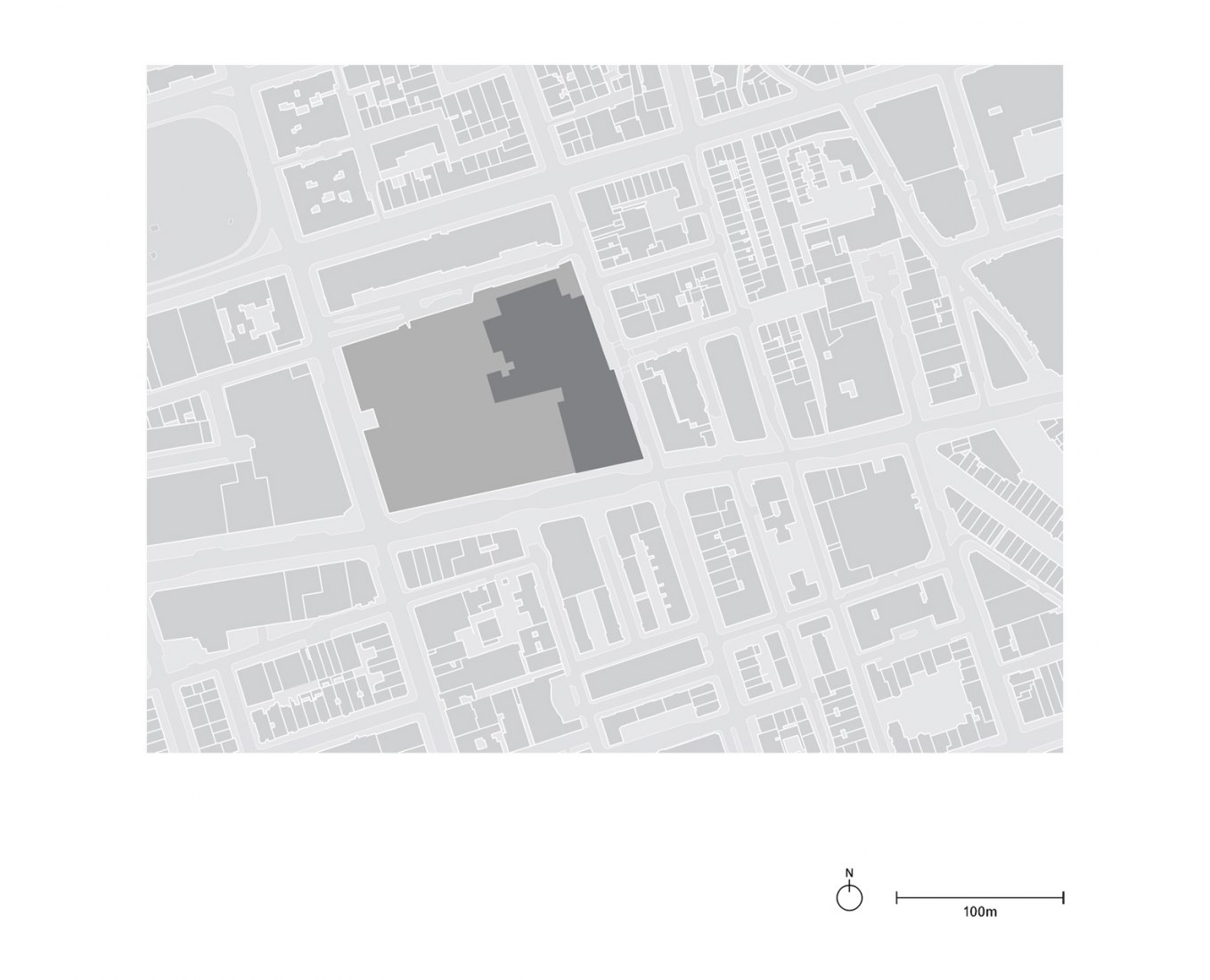 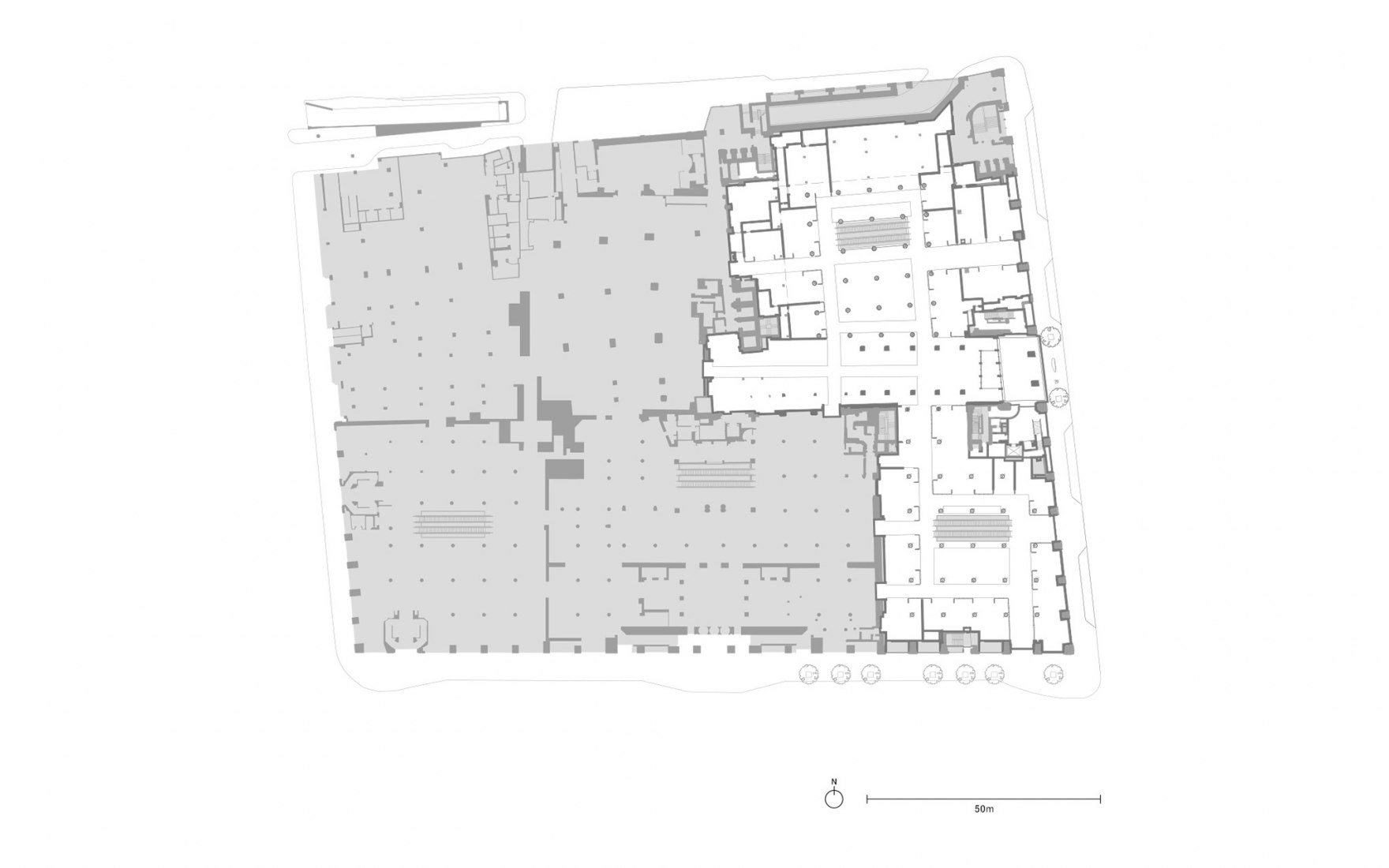 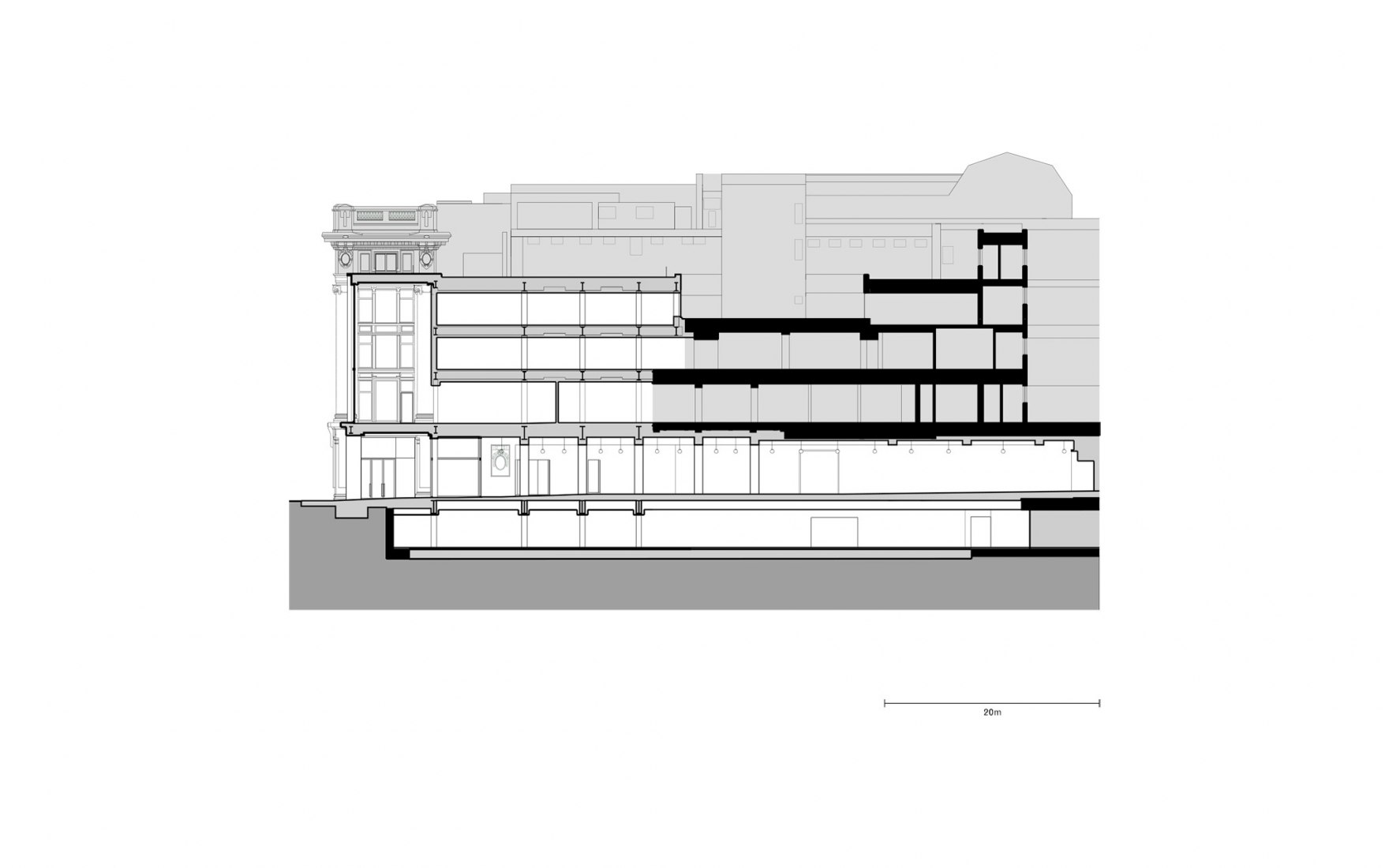 The British David Chipperfield has renewed and expanded the department store of Selfridges, in the center of London, with a new access on its east facade and a large space for the sale of luxury accessories.

The extension re-connects and gives continuity to the historic building of Oxford Street, completed in 1929, with the rest of buildings located on Duke Street. The extension solves a problem of previous alignments between the existing buildings generated by an old street now occupied by department stores. The design creates a new entrance with a large porch open to the street and a triple height glazed space for a cafeteria.

‘Selfridges has a deep understanding of the architectural heritage and urban presence of the department store, as well as a clear vision for the future of luxury retail. Our task was to unite these elements while stitching together various buildings along Duke Street.

Externally, we have sought to reinforce the civic function of the store with a grand new entrance. Internally, we have established a sense of coherence between the brand concessions, and reasserted a hierarchy under the strong neo-classical architectural elements of the original building.’

By the end of the 1930s, Selfridges had expanded into a new building to the north, built in a sober art deco style. Initially these two buildings were connected via bridges over the intersecting street, but in time the street was built over by a set-back concrete infill building and the road turned into a goods ramp to access the basement. The department store in its more recent form is an ad-hoc agglomeration of buildings of varying styles, levels and functions. In recent years Selfridges has announced several major redevelopment plans to re-establish the architectural quality of its original home across the site, building on this heritage to provide a distinguished contemporary retail experience.

The project assigned to David Chipperfield Architects comprised two fundamental components, rolled out in several phases: a new entrance building at the centre of the Duke Street façade, replacing the concrete infill building; and the creation of a new accessories hall spanning the entire east wing of the department store. Together, these components create a more coherent identity for the store, improving its urban presence, clarity in circulation and reintroducing the glamour and grandeur of the original building.

Externally, the new building unites the historic buildings on either side with a grand eastern entrance to the department store and tall loggia in the manner of the original entrance on Oxford Street. Sitting several meters forward and more closely in line with the existing Duke Street buildings than the previous infill, this new element completes the street façade but inevitably encloses a section of the listed classic façade into the new building. To avoid obscuring this feature, an open porch at street level and a triple-height, glazed café space on the first floor allow the floorplates to coincide and continue the dominant cornices and lintels of the existing buildings.

Rather than a hybrid of neighbouring architectural styles, the new entrance building maintains both structural and visual independence; its dark palette deliberately contrasts the cream-coloured Portland stone of the adjacent buildings. The upper façade is formed of slender bronze-clad structural columns framing the glazing. These columns rest on a deep black precast concrete trabeated frame with two monumental piers framing the porch.

As well as providing a new entrance, internally the new volume improves the store’s circulation and navigability. By stitching together the retail spaces of the two existing buildings, a continuous ground floor space for the new accessories hall is created. This new hall is defined by a hierarchy of architectural elements that operate across the site, reasserting the presence of the building as a singular department store rather than a shopping mall.

The primary elements of the space – floors, ceiling and supporting columns – retain their independence from retail display. In the original Oxford Street building historic plaster columns with classical mouldings are re-instated to their maximum height and the coffers are made visible in their original configuration. In the northern building, a new style of column and coffer are introduced; an interpretation and abstraction of the classical features of the original. The flooring, in keeping with Selfridges’ strategy to continue the walkways on the ground floor in white stone, is white-on-white terrazzo.

The secondary elements include free-standing glazed screens and partition walls, which frame individual brand-run concessions within the larger space and delineate clear walkways. A rigorous set of guidelines for each brand’s fit-out ensures they remain in harmony with the overall concept. The spherical glass light fittings are a dominant feature throughout the store and relate to the original 1920s lighting. These act as a dominant, unifying feature throughout the accessories hall. Bespoke counters are designed in contrasting materials such as walnut, felt and blue-tinted glass and are grouped across the hall displaying merchandise. 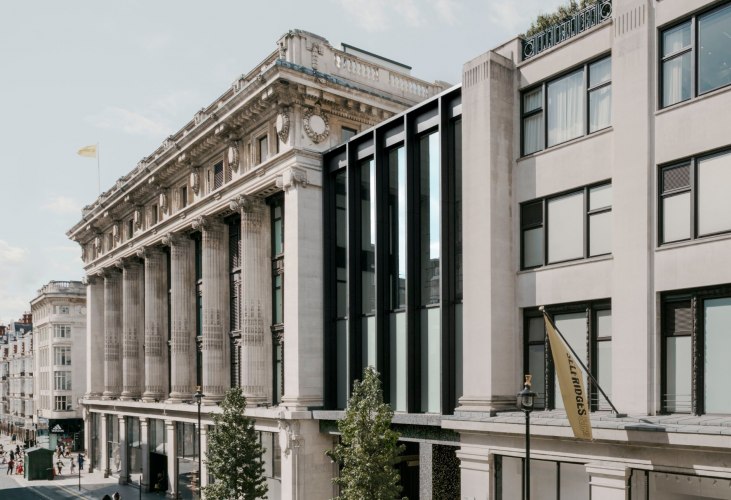 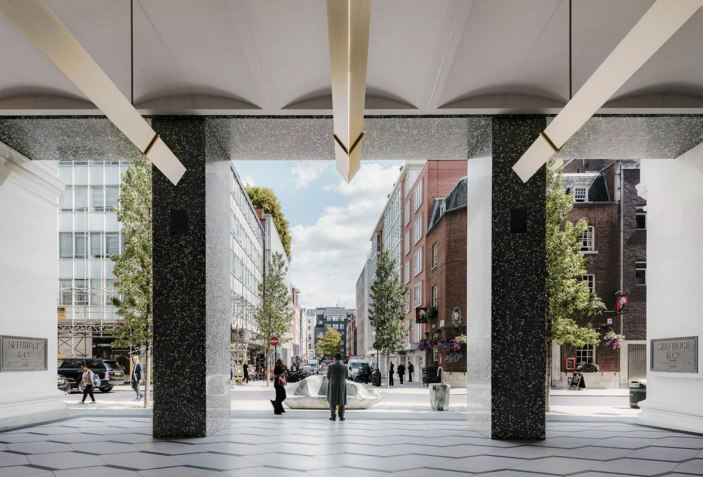 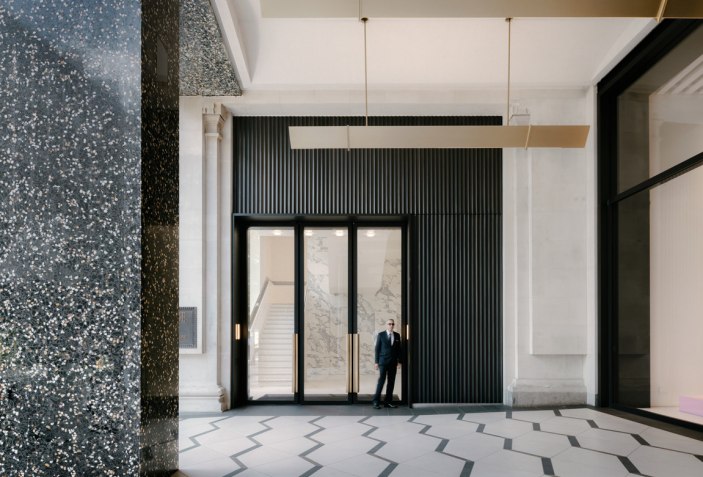 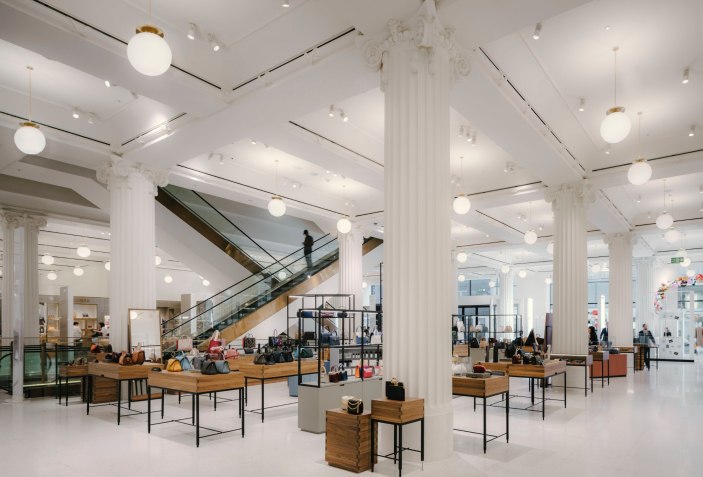 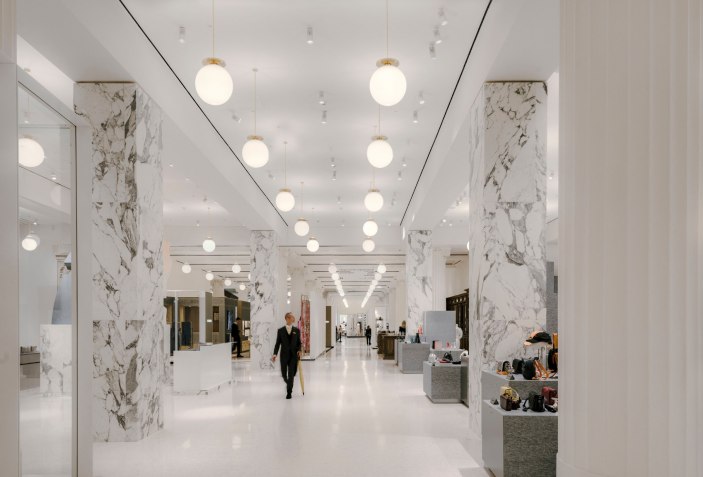 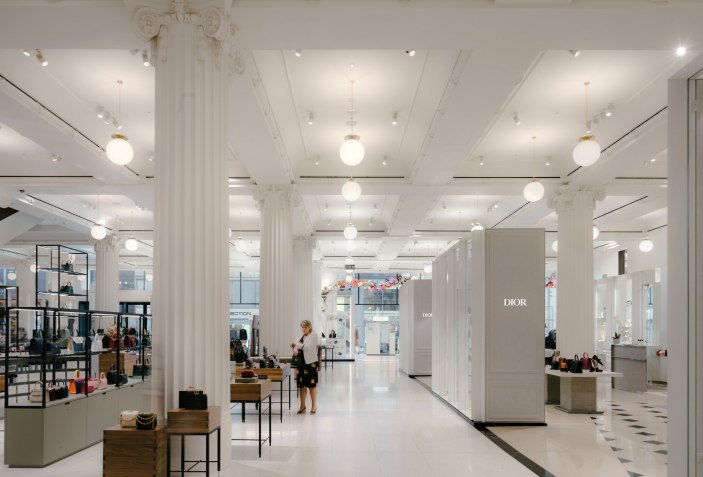 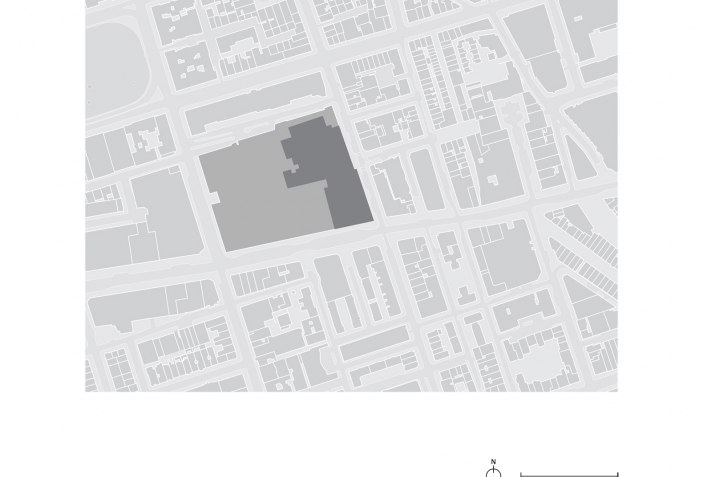 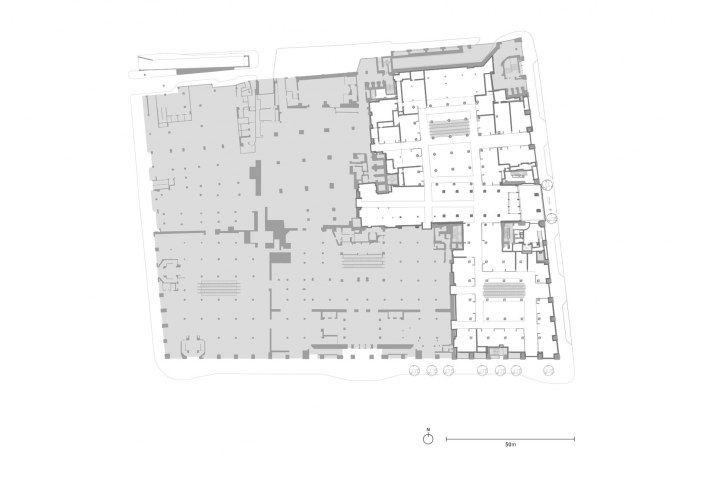 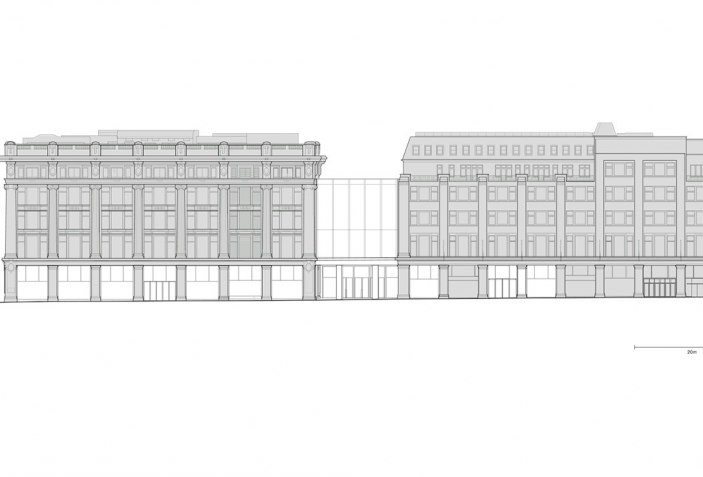 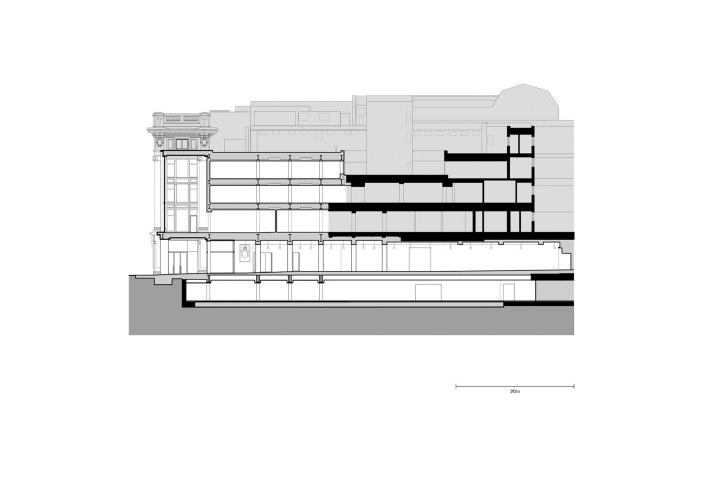 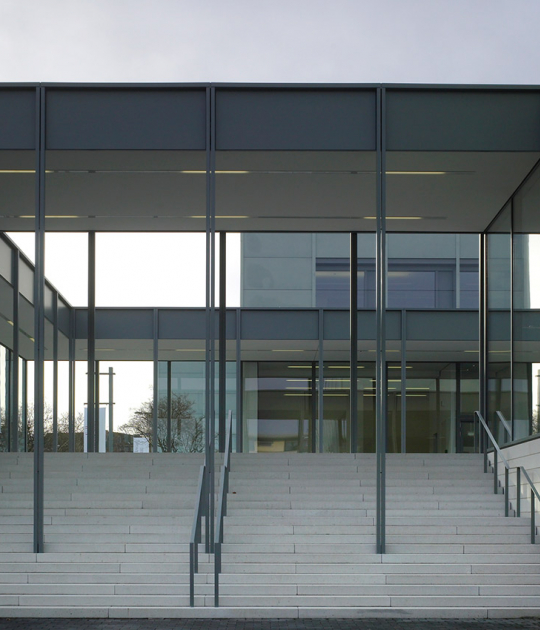 The Museum Folkwang by David Chipperfield 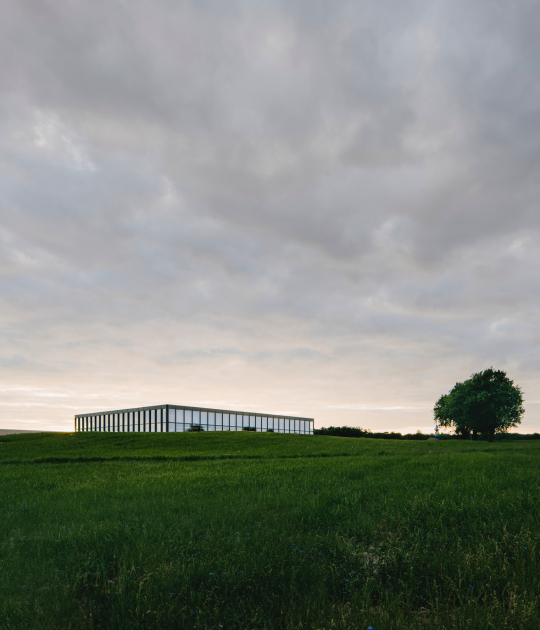 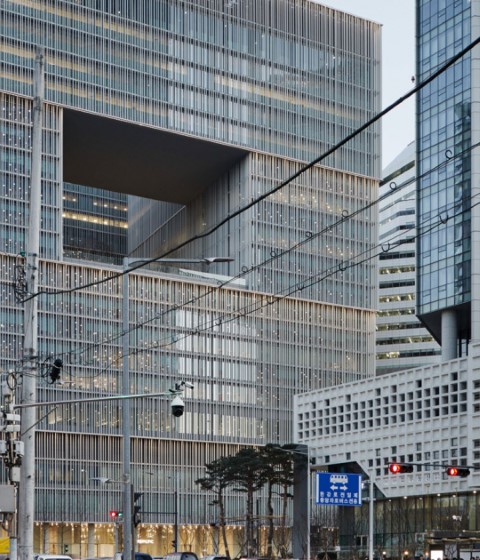 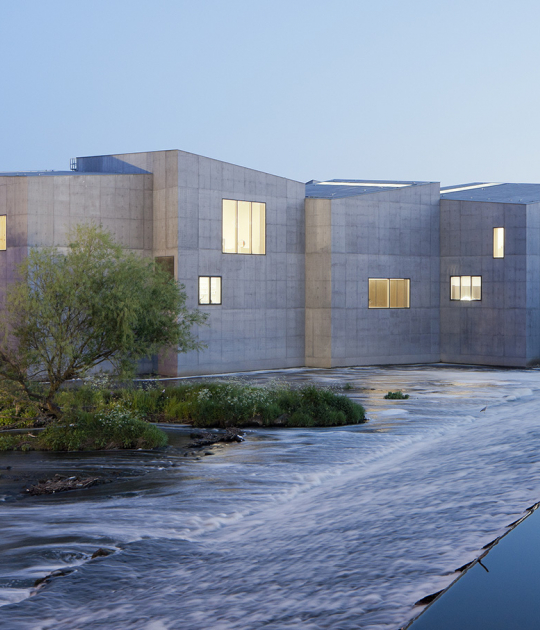 The Hepworth Wakefield by David Chipperfield: Britain’s Museum of the Year 2017 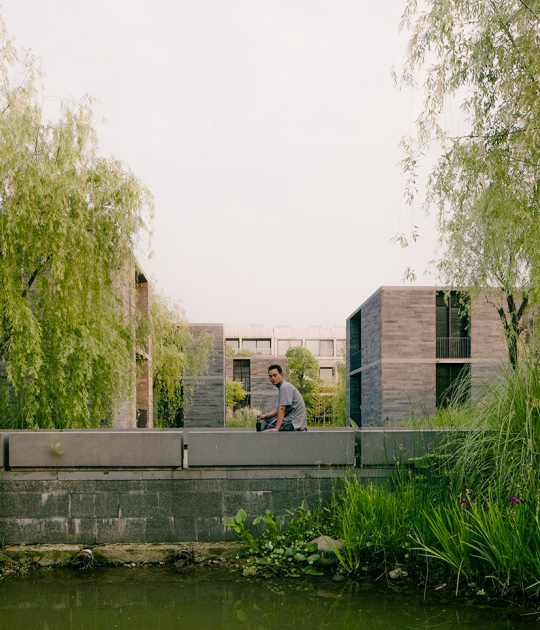