"The Factory" New Office Building in Boulogne Billancourt, Paris. Completion of The Factory, the new office building by Josep Lluís Mateo on the site of the old Renault factory in Boulogne-Billancourt, Paris. An excellent building, as we have come Jose Lluis, where art and culture seem to talk fluidly and easily. Here you have this little video, actually a set of images, which encourage us to visit the building. Congratulations, Josep Lluís and team! 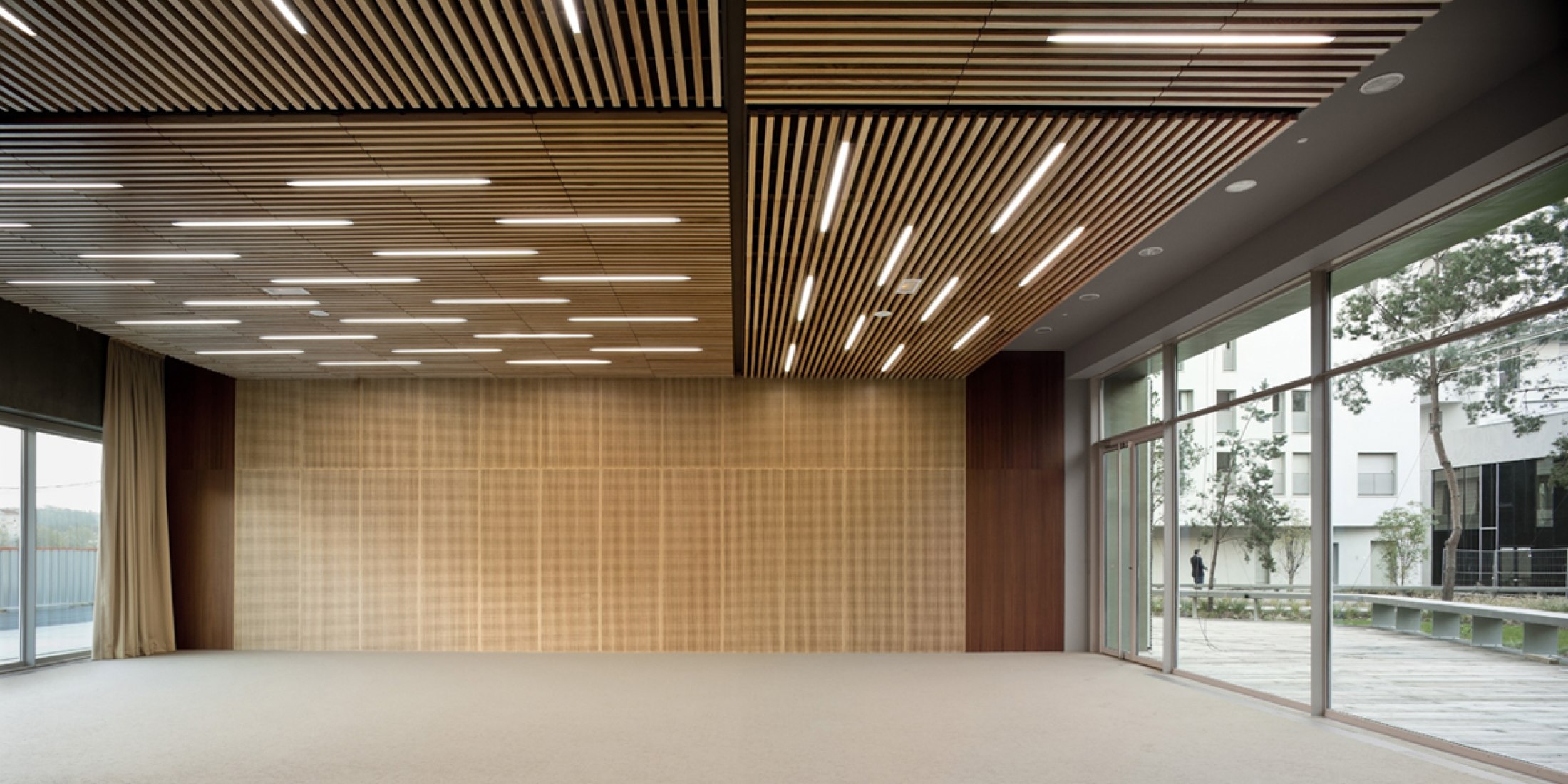 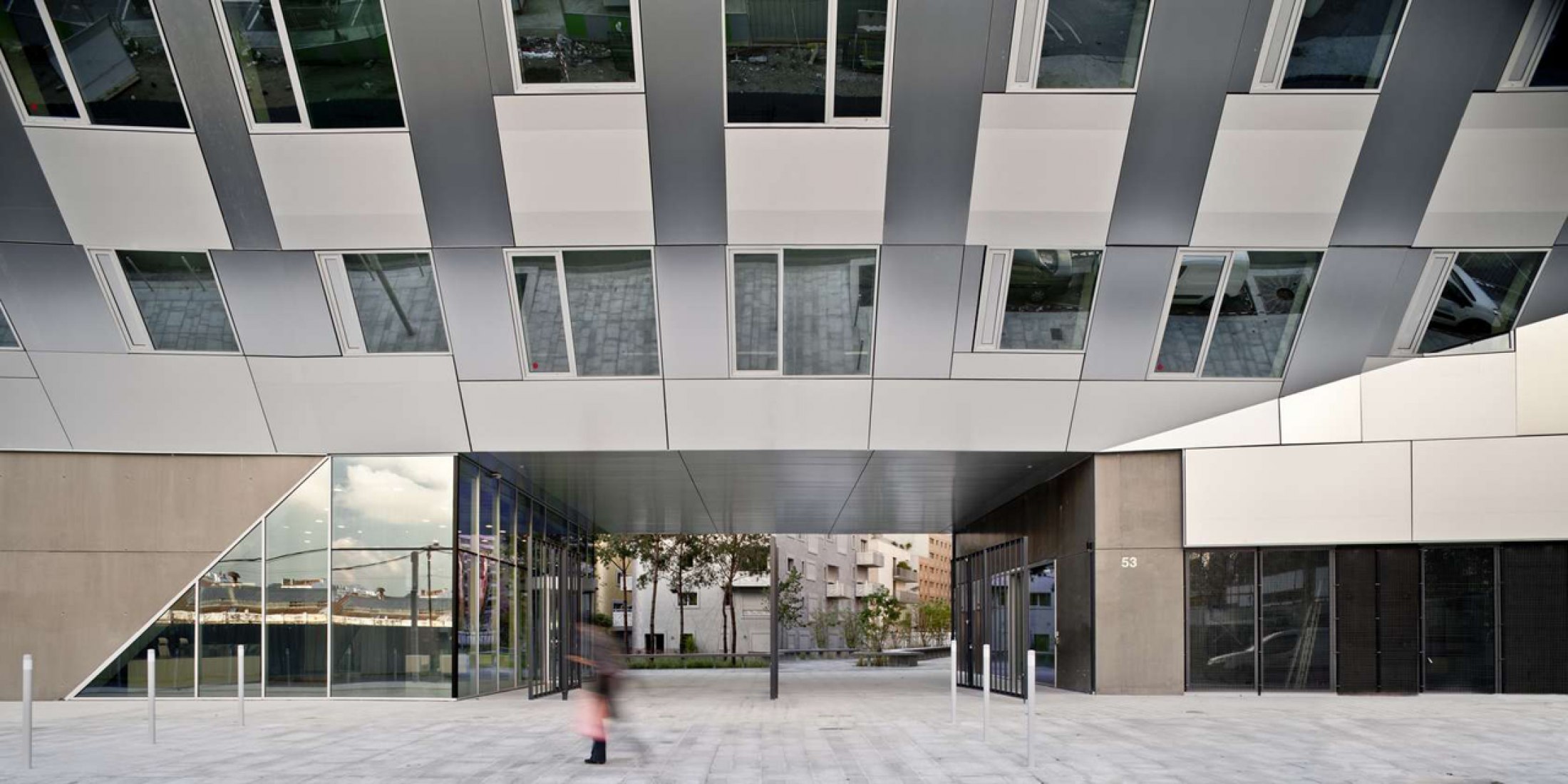 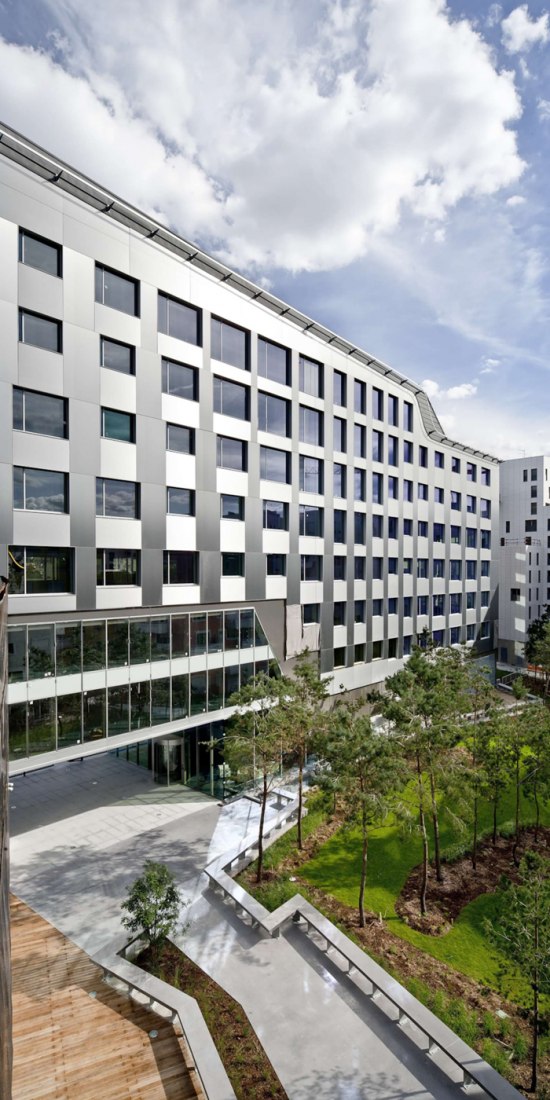 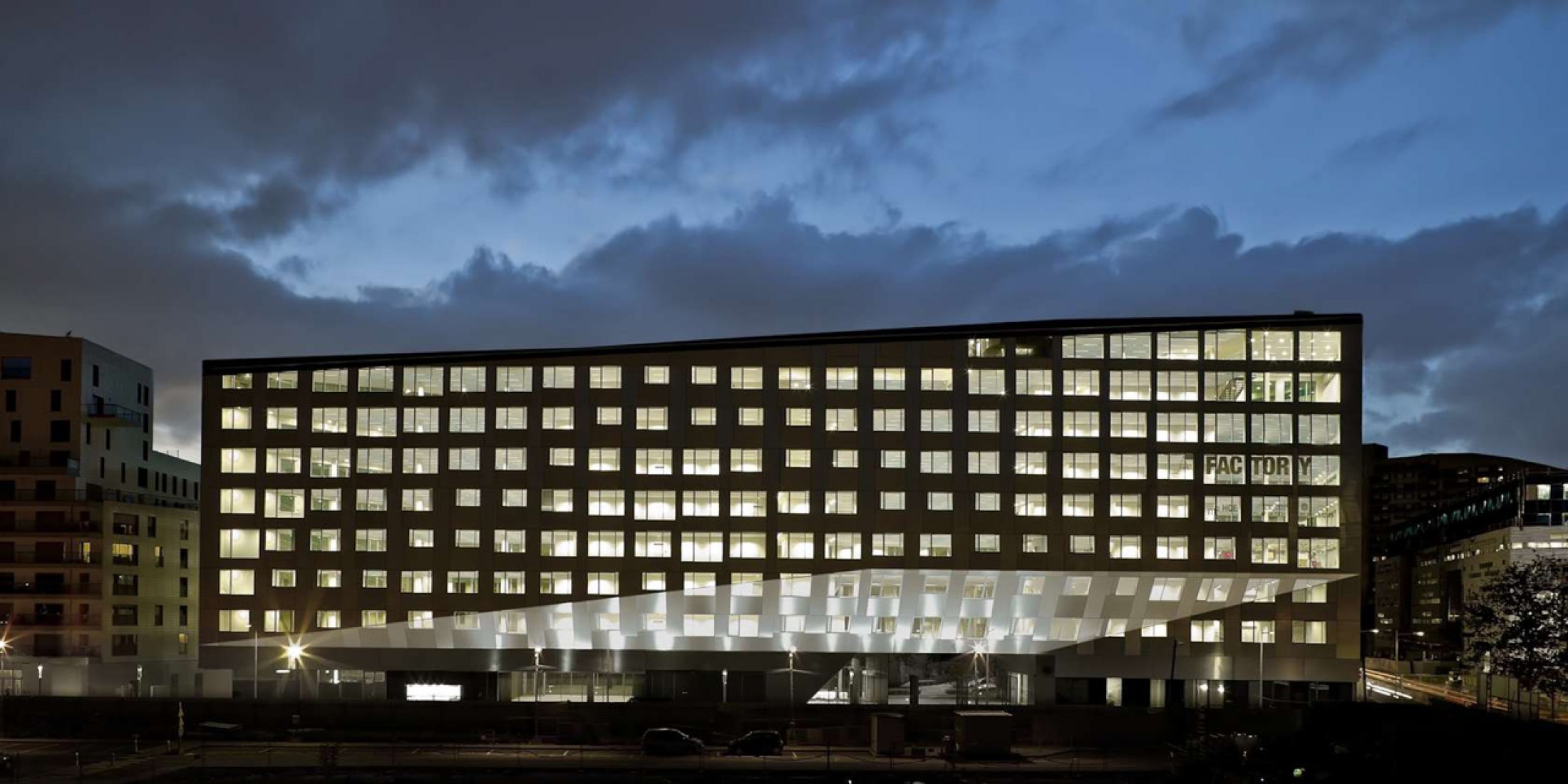 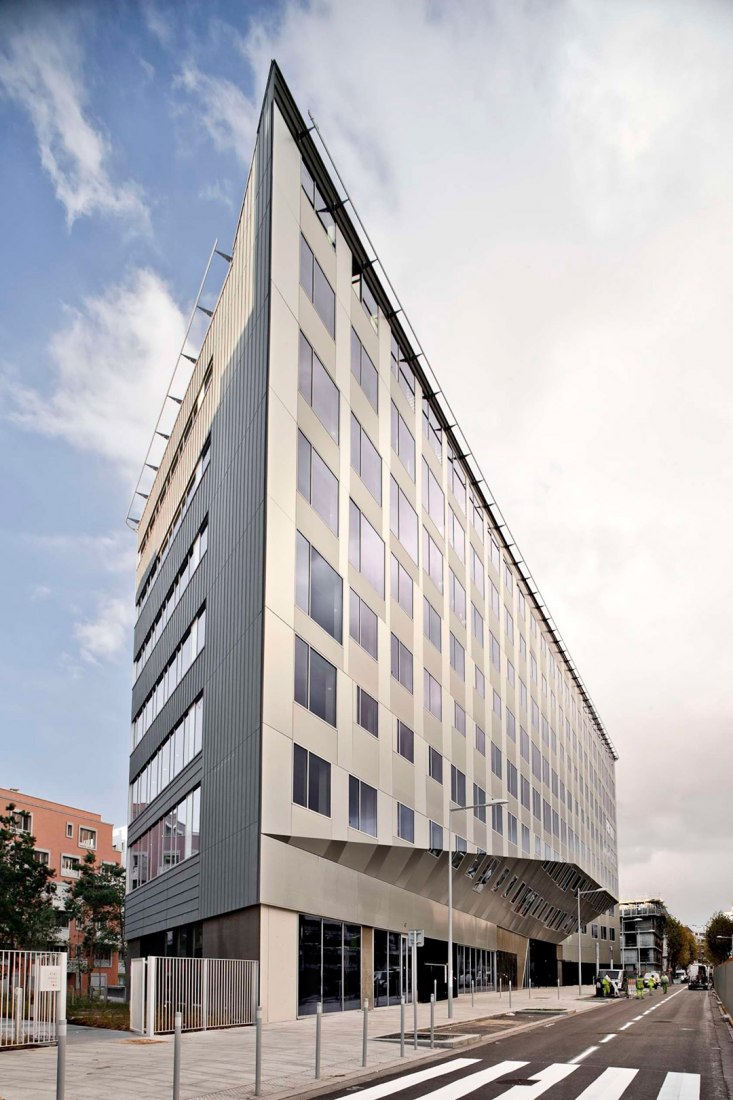 The 4th NAN de Arquitectura y Construcción 2010 Prize has awarded Mateo Arquitectura the Prize for the Best Project Abroad by a Spanish Practice for “The Factory”, its new office building in Boulogne-Billancourt, Paris.

When addressing this project for an office building, we started off by thinking about the entire city block as a series of buildings with spaces between them to introduce light and air into the empty space. In this way we began to see the building as a mass that formed Rue Emile Zola, like a complex volume. We had some prior experience with this type of building in terms of dimensions, depth, and so on, that went almost automatically into the drawings and models. I always start this way, with a very abstract volume as a base.

The history and the setting of the building also have to be taken into account. In this case, we were looking at the former Renault plant, which immediately brought to mind old stories of May 1968 and J.-L. Godard’s film Éloge de l’amour that was made there shortly before the factory was demolished. However, when we visited the site, what we found was a huge, beautiful, expectant empty space, which involved constructing a new part of the city. As an architect, I like that sensation of emptiness waiting to be filled and taking on the responsibility of imposing clarity.

The main constraints of the site were the street, the inner courtyard and the adjacent elements. The site’s relation with the street suggested that the building should fold to protect the pavement in a very striking urban gesture: you move alongside the building and, at the same time, beneath it. It is a contemporary version of the old porches. The building provides refuge, protects you and then gently lets you go as you pass. It also opens up on the ground floor, connecting you with the garden at its centre which, though not big, is very lovely. The top line of the building is not horizontal; it slopes, adapting to the different heights of its neighbours and increasing the dynamism of the vanishing point.

Evidently, the program too presented constraints, producing some singular results. It called for flexible generic office space that will adapt to future users, but we also created particular spaces, such as the entrance, restaurant, conference rooms and foyers, which I hope will make it special. This type of project calls for clarity and regularity, to which we have, I hope, brought a new complexity. For example, seeing the façade made up of a constellation of different windows sets off an attractive many-faceted vibration in the interior.

However, this is a building designed in terms of volume and thickness, not just of skin. The façades are structural concrete walls, which were a major technological challenge, but the kind of challenge a true constructor loves. The proportion and size of the openings were calculated in relation to the expansioncontraction behaviour of the building. For reasons of energy consumption, the walls, which I would have liked to leave bare, called for thick thermal insulation, which we then protected with aluminium sheeting. The side walls that continue the roof are of zinc, a traditional artisan material that has a great urban tradition.

Another important factor is the project’s response to HQE, France’s high-quality environmental standards to manage environmental impact. The building has great thermal inertia, as it is well insulated and hermetic. In the south side, the windows are drawn back for protection from the sun, offering views of the established trees in the garden. The mechanical installations incorporate all the latest advances, and the design integrates them rather than merely attaching them to the building. This is particularly striking in the roof, where the slope of the building is used to accommodate all the machinery. Technology is present but invisible. 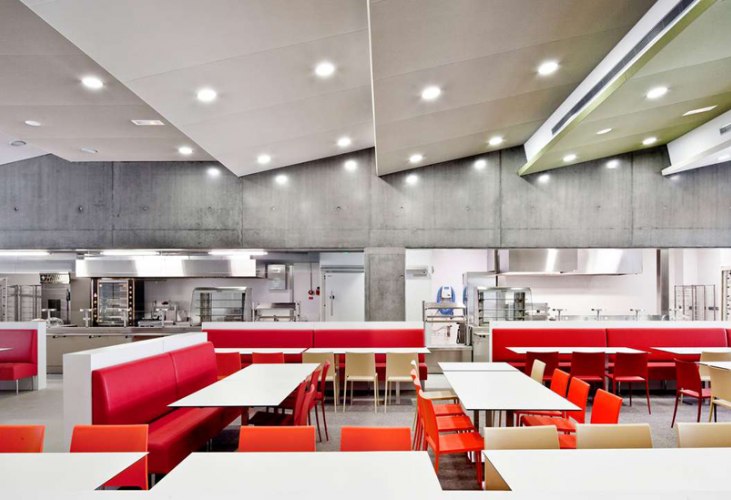 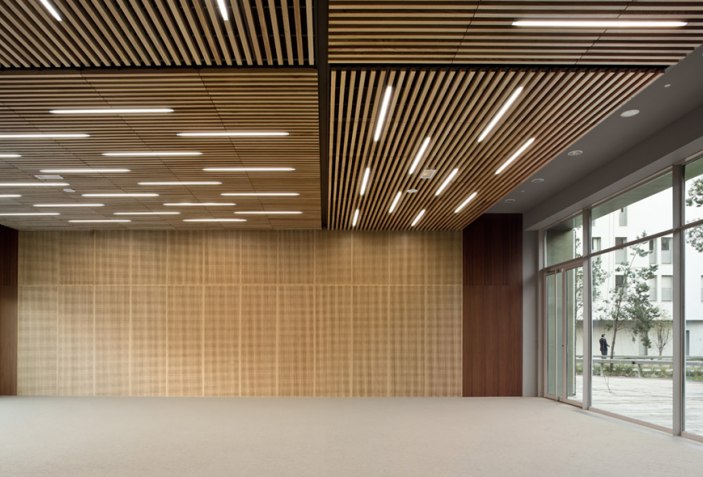 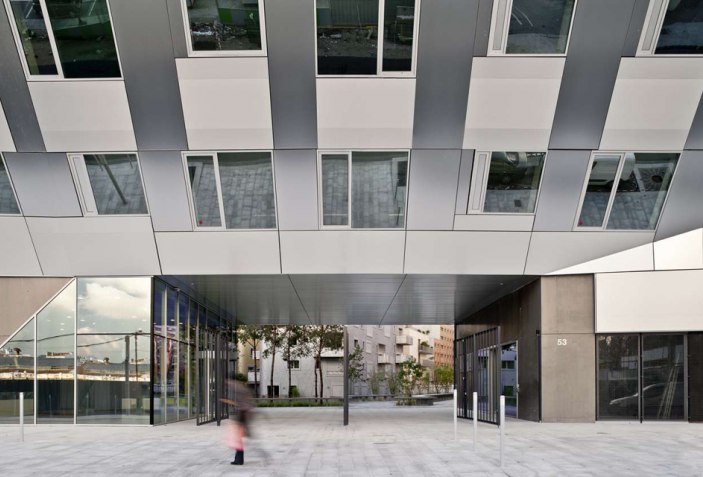 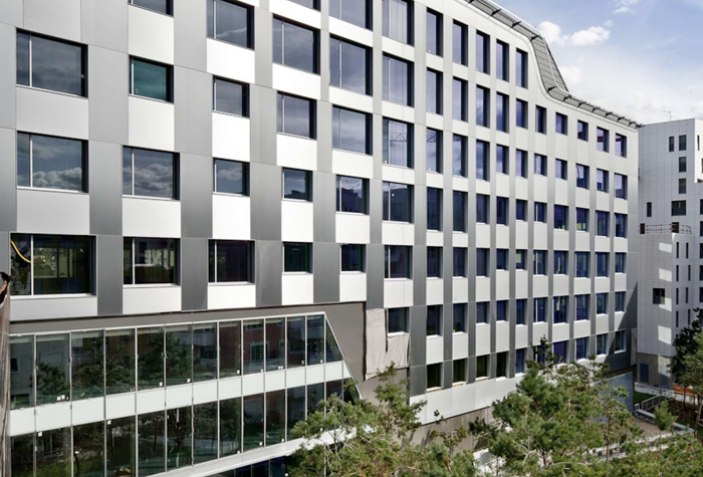 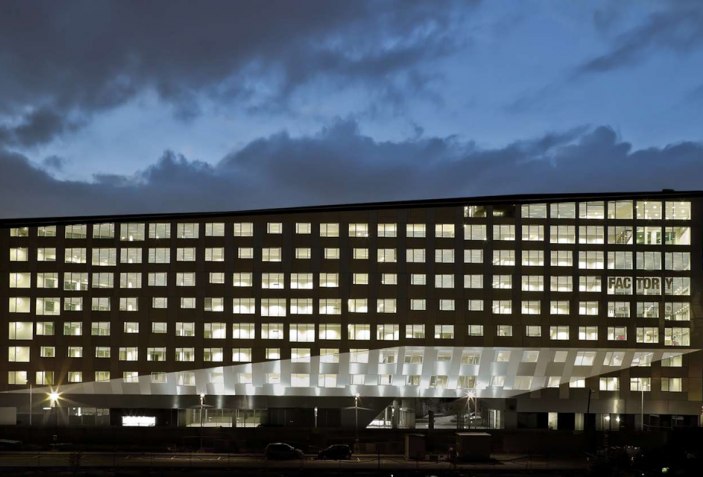 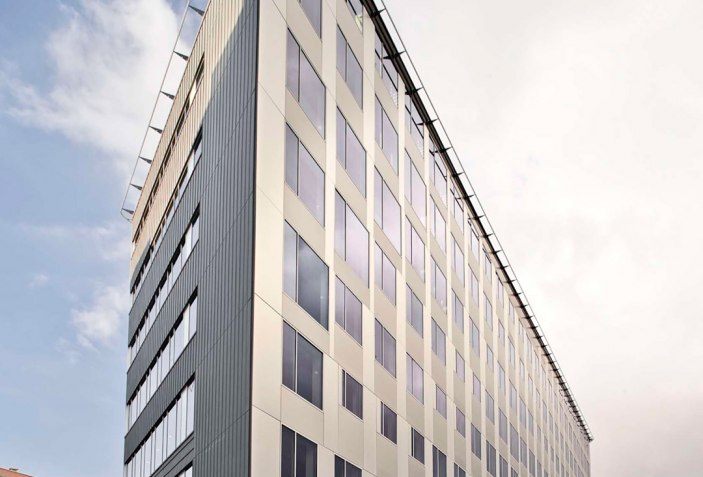 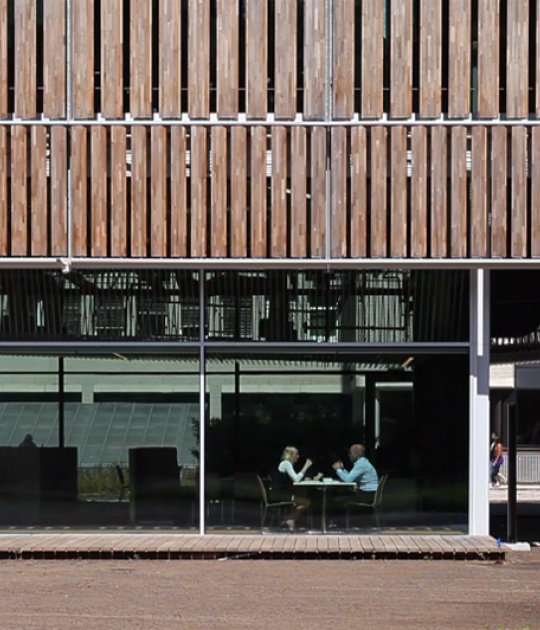 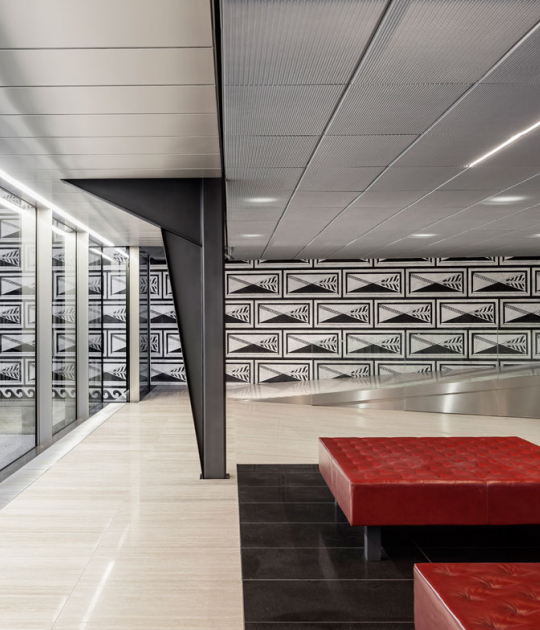 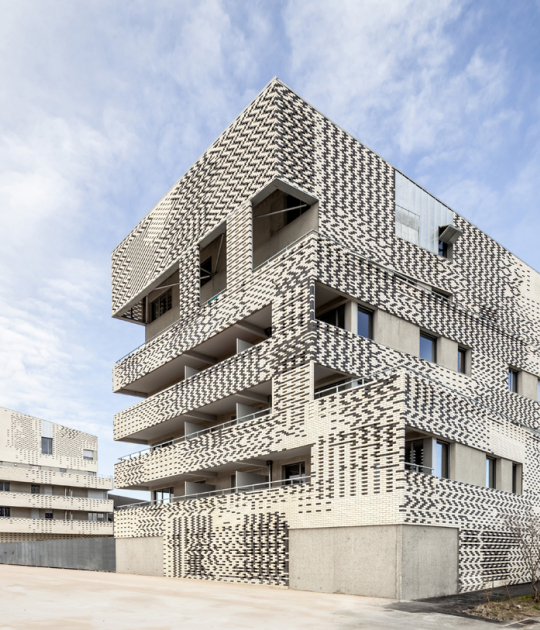 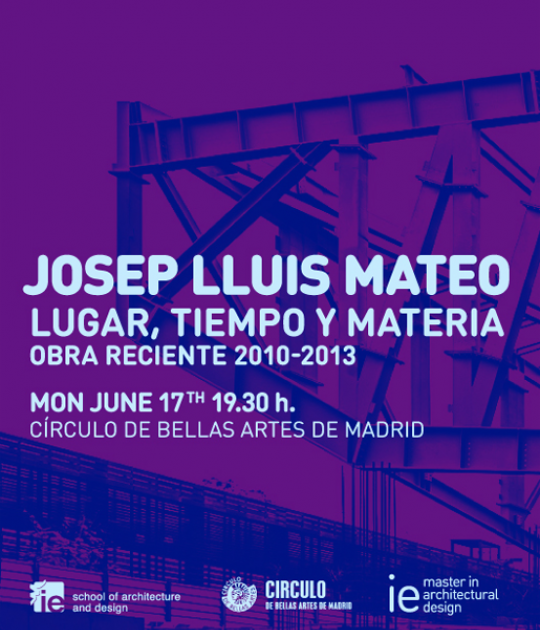 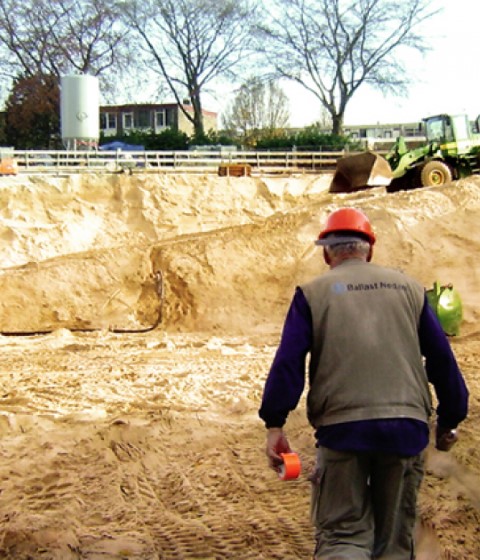