"Futuro Precedente" entry, designed by the Jesús Aparicio Architecture Studio and Donaire Milans Arquitectos, the local architects and heritage experts Francesco Cellini and María Margarita Segarra, together with the restorer Alejandro Pajares, has obtained the first prize in the competition for the expansion and renovation of the Royal Academy of Spain in Rome (RAER).

The competition organized by the Mitma and the Ministry of Foreign Affairs, in which 40 teams participated, consisted of drafting a master plan and their respective actions for the expansion, remodeling, and enhancement of one of the most important buildings in Rome and Spain's heritage abroad.

The jury statement with the winning slogans was published on March 29, and the authorship of the proposals was revealed on Tuesday, April 5 at a public event at the Ministry of Transport, Mobility, and Urban Agenda. 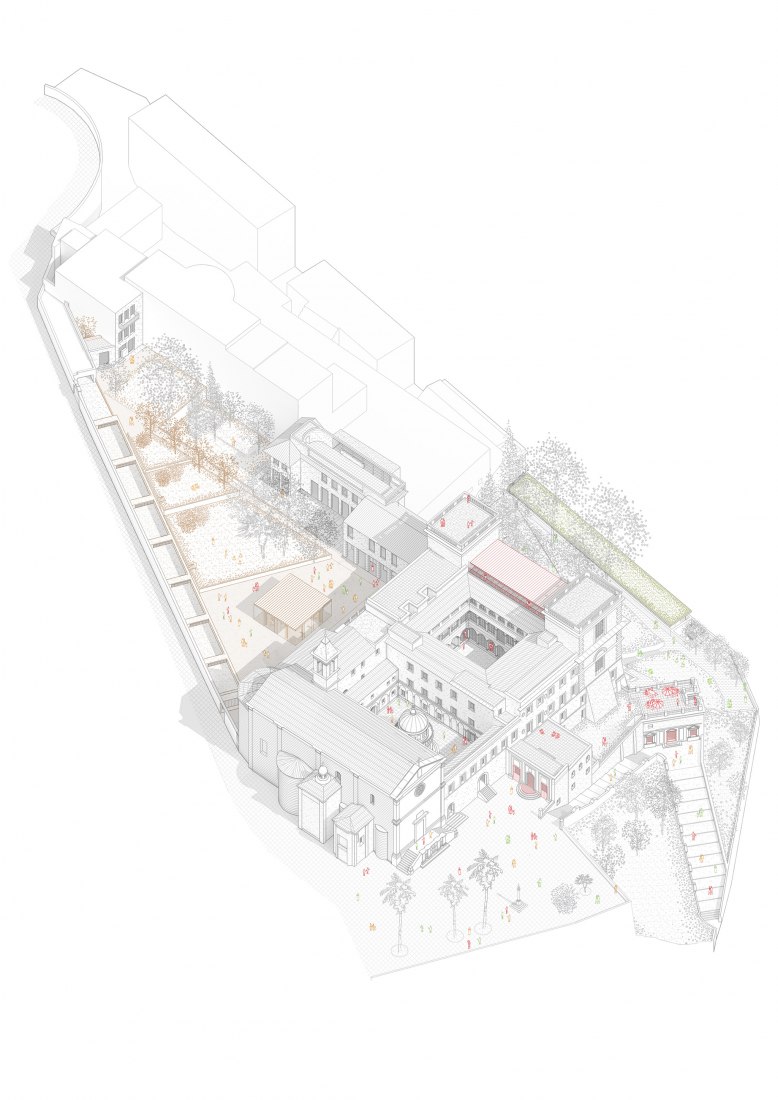 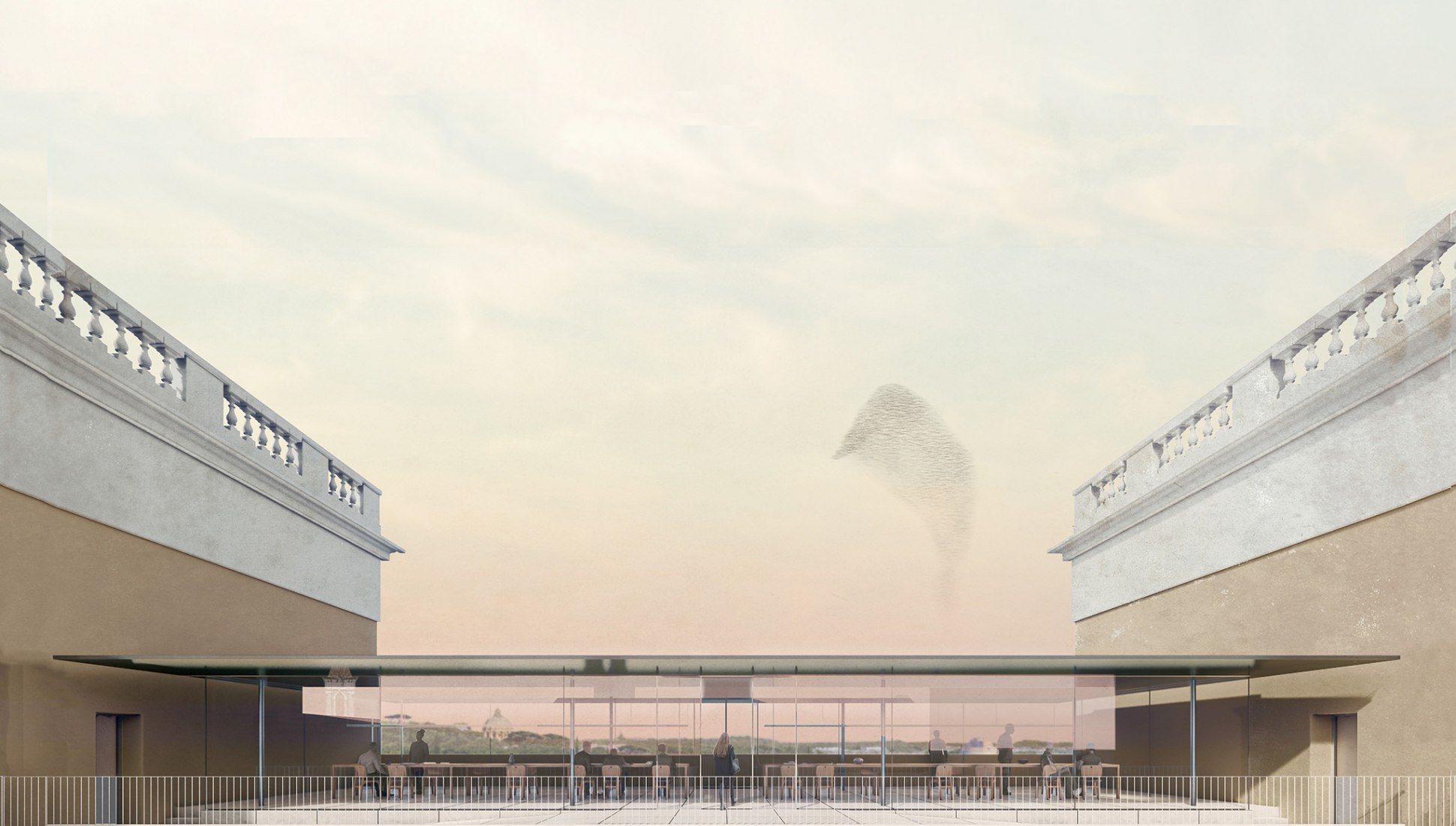 The amount with which the first prize is endowed is €30,000 plus VAT. The buildings object of the competition are the main building of the convent around the Pomarancio cloister (16th and 19th centuries), the access pavilion from 1929, the extension from the 1940s, the residential area of ​​the Franciscan convent (20th century), the chapel of San Antonio de Padua, the various rooms and warehouses in the garden as well as the outdoor spaces such as the internal garden, the romantic garden, the patios, and the terraces.

According to the authors of the project: "the ancient structure of the Franciscan convent that has housed it since 1876 needs to be intervened in order to continue being used and face the new challenges of its future history. The atmosphere of the Academy, permeated by the light and history of Rome and Spain, undoubtedly marks a before and after in the lives of its residents who, accompanied by the solemn presence of Bramante's Tempietto, carry out their processes of artistic production and research in the best center of these characteristics that Spain has abroad. An avant-garde Academy that opens to the city of Rome and therefore to the world".

The jury valued that: "the proposal for the rehabilitation and organization of the existing spaces of the monumental complex, as well as the simultaneous management of circulation of residents and visitors, the recovery of the chapel of San Antonio as an access point to the Romantic garden and the opening of holes and views on the north façade. In addition, the strategy of expanding useful spaces is valued from the thickening of the perimeter walls both in via Garibaldi and in Porta de San Pancracio. The jury concludes that the intervention in the gardens must allow the preservation of the historic trees."

The second prize, endowed with €15,000 plus VAT, went to the motto “1748”, the work of Pereda Pérez Arquitectos, Massimo Cardone and Marco Petrangeli, and the third prize, endowed with €10,000 plus VAT, to the motto “Mica Aurea”, of the joint venture formed by Jorge Palomero, Sofía Romeo Gurrea-Nozaleda, Miguel Sotos Fernández-Zúñiga, Adrián Paterna Ferrón and Gonzalo Peña Sancho.

Additionally, two-second prizes have been awarded, each endowed with €7,500 plus VAT, to the mottos “Donato”, the work of Martínez López Santa-maría S.L., and “Sie Die”, by Estudio Arquitectura HAGO S.L.
Jury

The architectural proposal presented under the motto Future Precedent, referring to a future rooted in the knowledge of history, aims to solve the various problems that the building presents in relation to its adaptation to Italian building regulations, acting and restoring those essential elements of its original structure and in its complex circulation diagram, even restoring some connections from the original convent to better link the two cloisters and, in turn, the Tempietto cloister with the garden. The proposal also offers an extension, which helps to solve the current lack of specific spaces for the good development of the creative and research processes of the residents.

It is also intended to functionally reconfigure some unique areas of the RAER by offering a series of multipurpose spaces that can meet the new production needs in the digital age and cultural expansion with the addition of new disciplines. Likewise, it is proposed to strengthen the museum circuit and create new studios for work. In particular, research residents are provided with a belvedere workspace above the library, a new heart, with the most impressive views of the city, located between the two towers and thus balancing the quality of workspaces for all residents. . All this economic effort must have visibility in accordance with the expectations that are offered to the eternal city, Rome, with a building with its windows and doors open to its citizens and its visitors. To achieve this, a master plan in three phases is presented parallel to the architectural proposal, which allows, in a very effective way, to give continuity to the life of the Academy during the works that will be carried out.

With this extension and functional restructuring, by intervening in the historic building, new public areas are proposed that open the building, even more, to the city of Rome, culturally completing the experience of visiting Bramante's Tempietto with a range of cultural activities and services typical of a prestigious center that represents Spanish and Latin American culture abroad (since the Spanish Agency for International Cooperation for Development, with its scholarships, offers this possibility to artists and researchers from the Hispanic community). 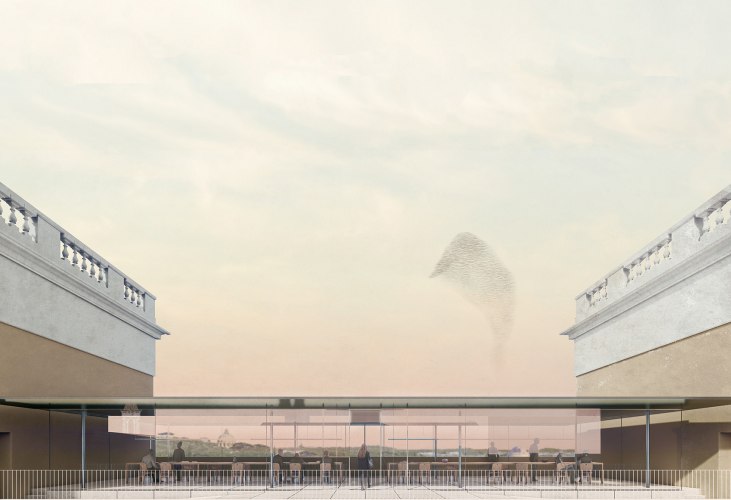 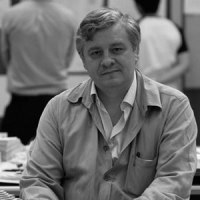 Jesús Aparicio (Madrid, 1960) is a Spanish architect. His work and thinking are focused on merging the thinking-teaching-building understanding of these three abilities as a whole. He graduated with honors in both Design and Urbanism specializations at the School of Architecture of Madrid (ETSAM) in 1984.

He was awarded the Rome Prize in 1987 and subsequently with a Fulbright/Ministry of Education grant. He researched for several years at Columbia University, where he got a Master of Science (M.S.) degree in Building Design. Jesús Aparicio is a Ph.D. architect and since 2009 full professor of Architectural Design at the School of Architecture of Madrid (ETSAM). During the academic years 2001/02 and 2011/12 he has been Visiting Scholar at the Graduate School of Architecture of Columbia University (GSAPP). 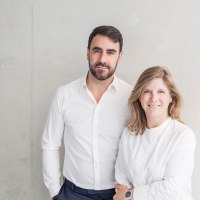 Jesús Donaire and María Milans del Bosch, Architects from the ETSAM and Master of Science in Advanced Architectural Design at Columbia University in New York (GSAPP), founded their studio in Madrid with projects in the United States, Spain, France, and Italy.

They have won prestigious awards, publications, and international recognition. They are currently working on public works projects, residential projects, both new and refurbished, and curatorial and museographic projects in the institutional field.

Jesús Donaire, PhD in Architecture from the ETSAM, has developed his research work thanks to the Fulbright, William Kinne of Columbia, the Social Council of the UPM, and the Royal Academy of Spain in Rome grants. Professor of Projects at the ETSAM since 2009 and Visiting Professor at the Politecnico di Milano since 2016.  Author of numerous texts, editor of the architectural culture blog BMIAA and Secretary of the BigMat International Architecture Prize, he has collaborated extensively with David Chipperfield in London and with Jesús Aparicio and Alberto Campo Baeza in Madrid.

Maria Milans del Bosch Gonzalez founded Maria Milans Studio in 2012, an award-winning and internationally published architecture practice based in New York, earning, among other distinctions, an Honorable Mention in the 2018 Luis M. Mansilla Awards for her Studio-House project in the Catskills. In 2008 she joined Matthew Baird Architects where her work, as Associate Architect of the firm, has been widely published, awarded by the Association of American Architects (AIA), exhibited at the Museum of Modern Art in New York (MoMA) and the 2012 Venice Architecture Biennale, among others. 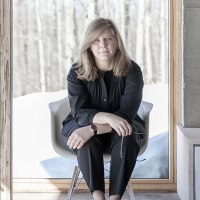 She studied her Bachelor and Master of Architecture at Escuela Técnica Superior de Madrid (ETSAM) and a Master of Science in Advanced Architectural Design at Columbia University (GSAPP), in 2008 she joined Matthew Baird Architects where her work was broadly published, awarded by the AIA and exhibited at the Museum of Modern Art (MoMA) and at the 2012 Venice Biennale among others. Her professional practice concurrently develops with her research and teaching work at NJIT Hillier College of Architecture and Design where she is an adjunct professor directing Studio courses for architecture bachelors and masters students. 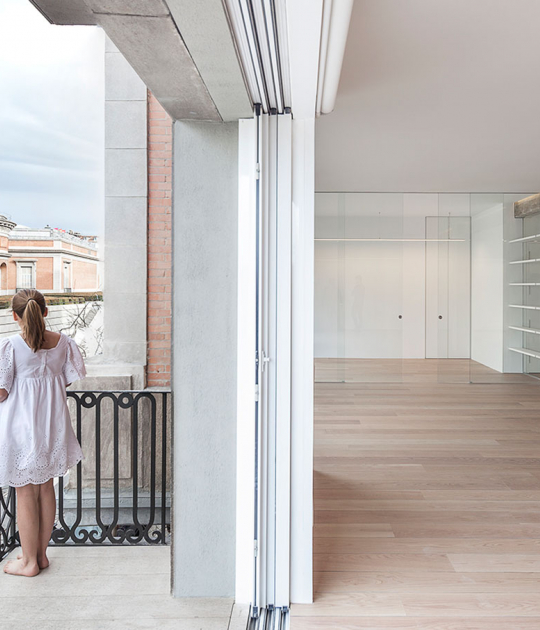 A house between a museum and a kitchen by Jesús Aparicio 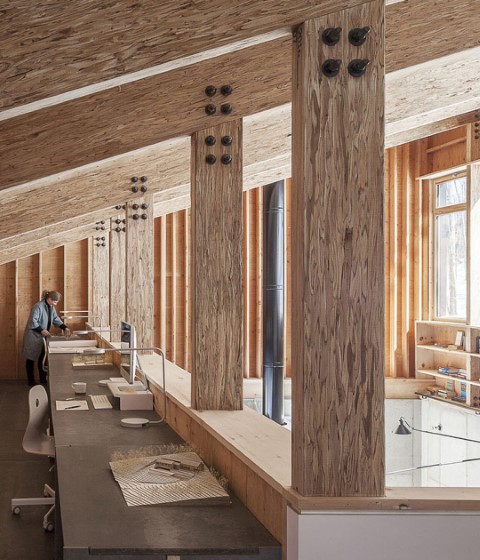 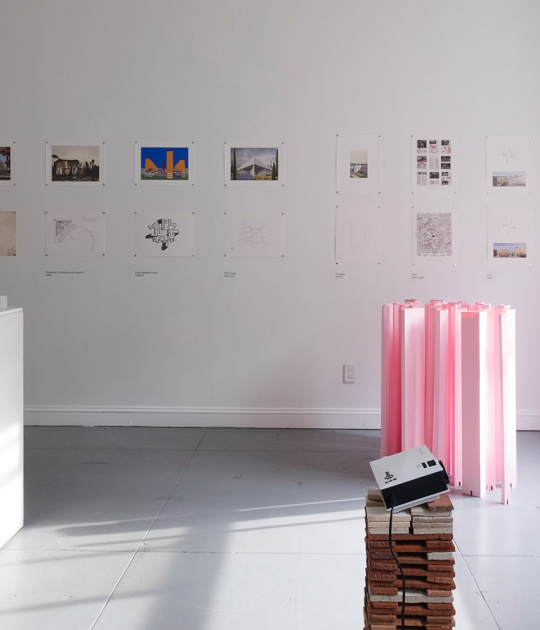 RE-CONSTRUCTIVIST ARCHITECTURE a call from Rome 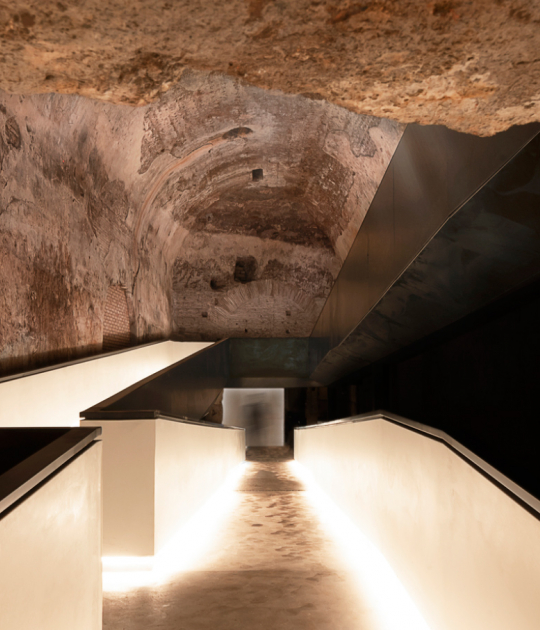 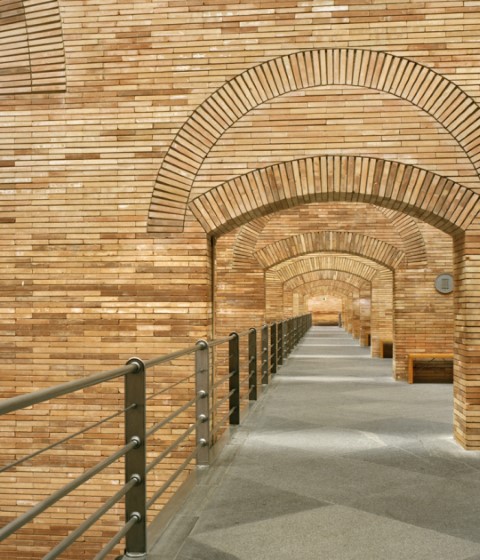