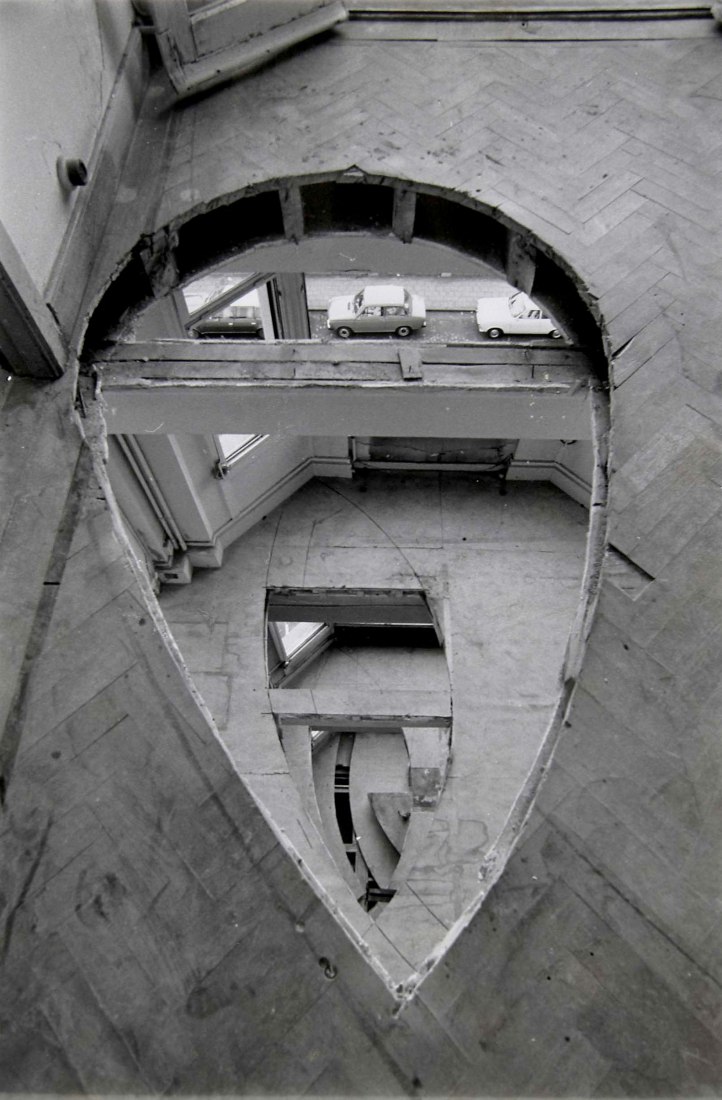 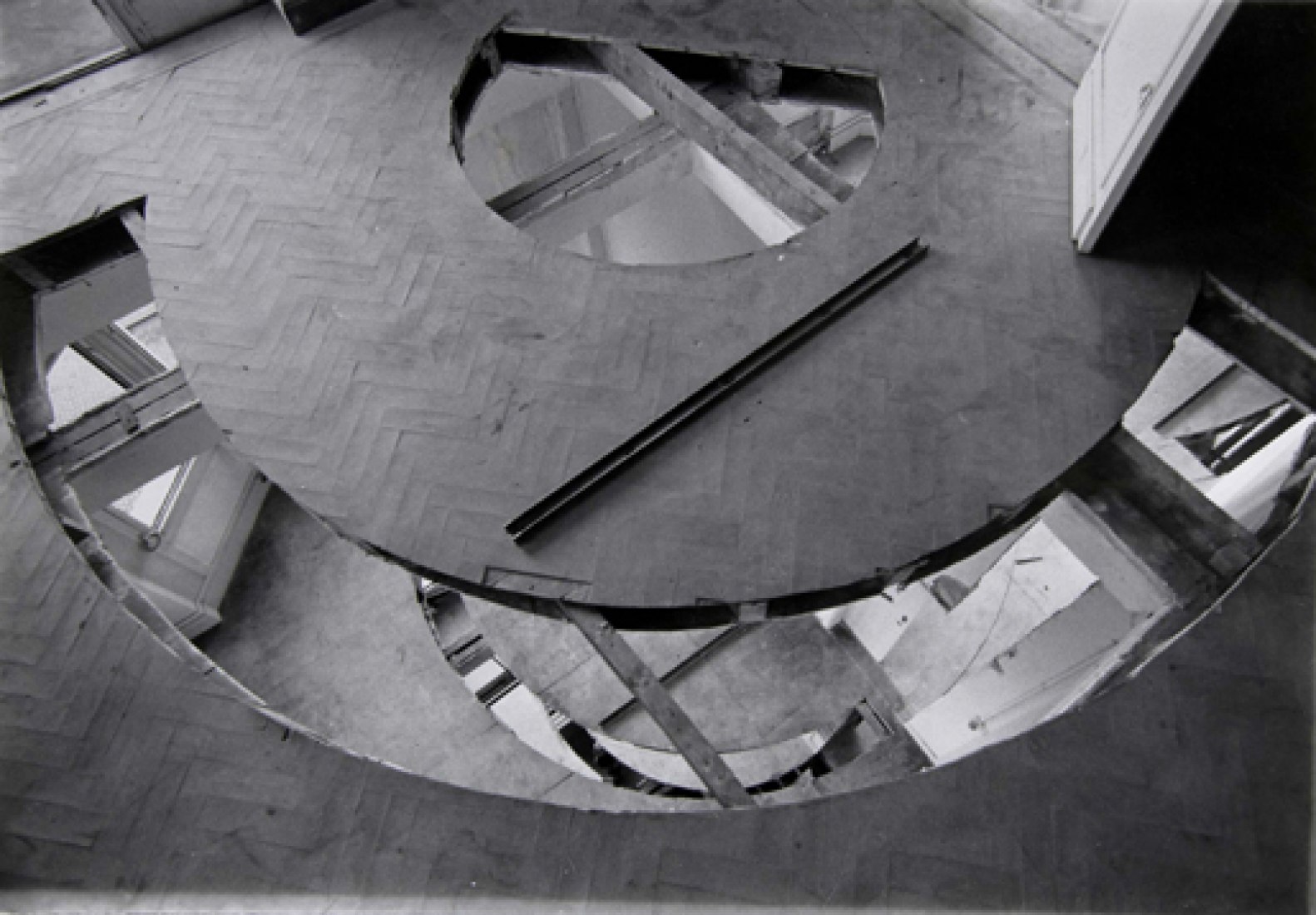 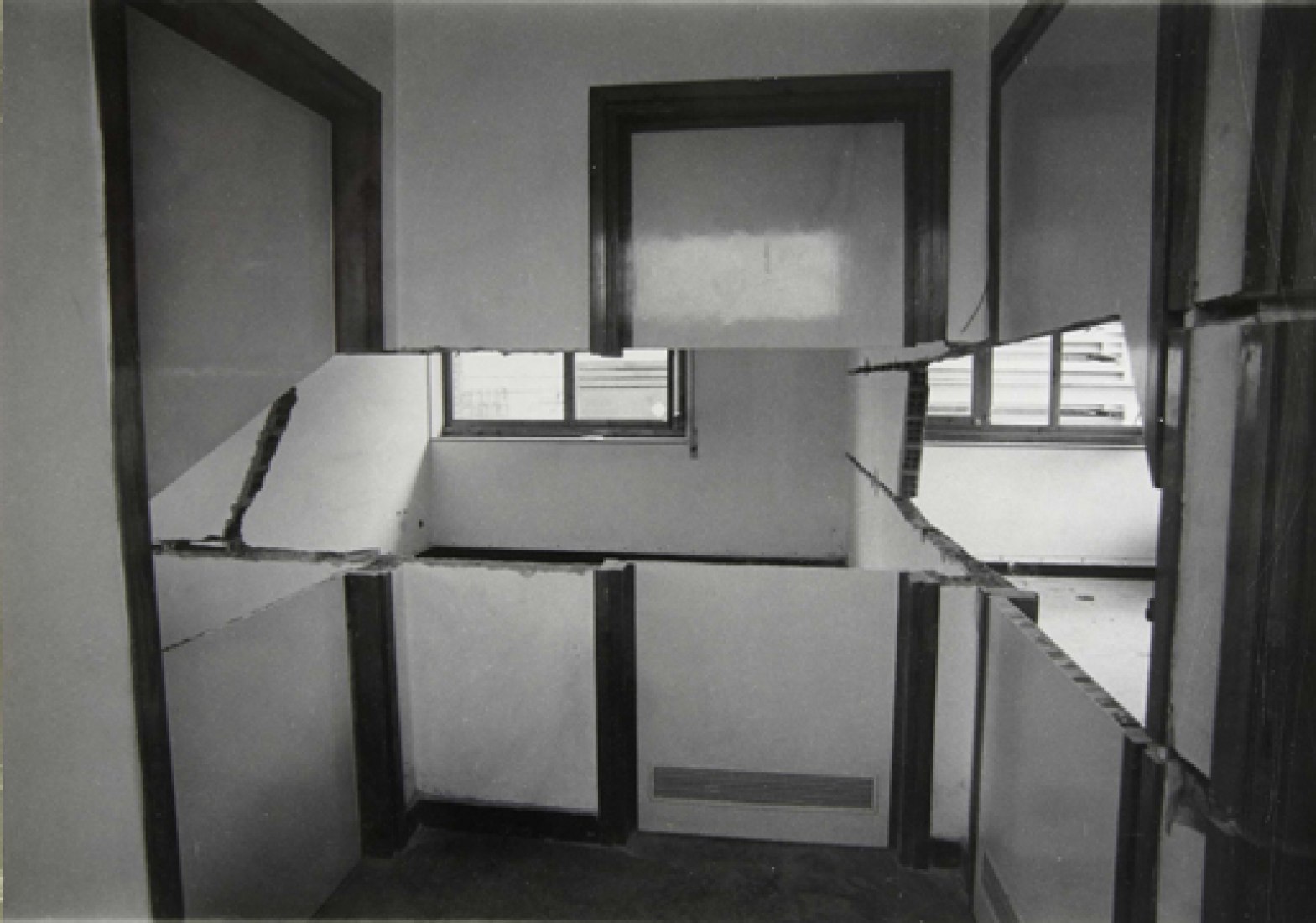 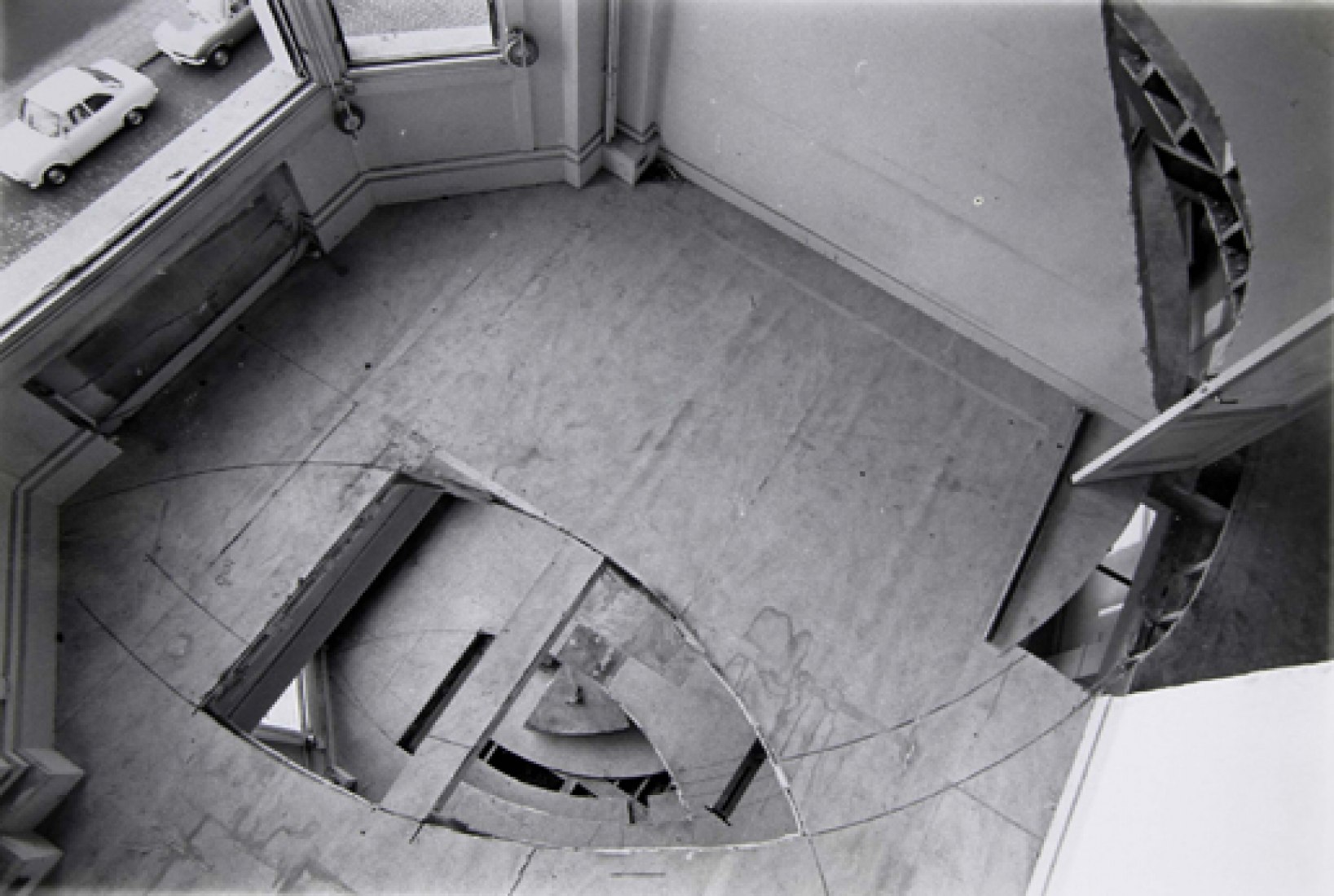 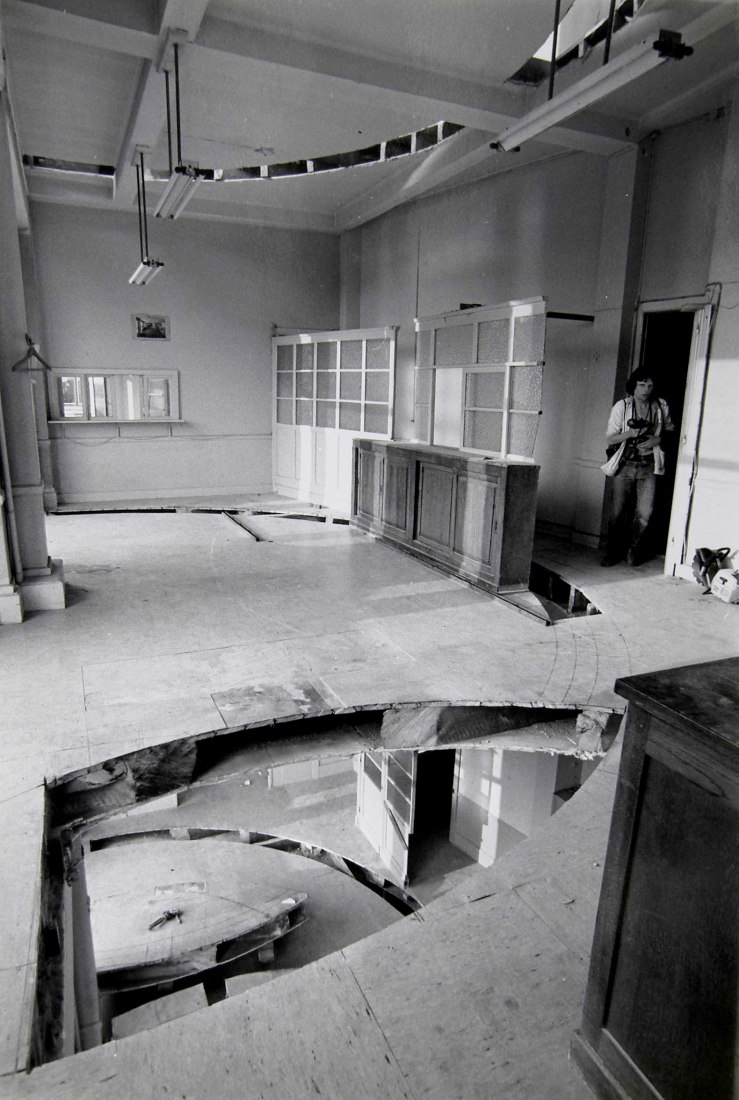 - The deposit consists of 46 photographs documenting the famous building cuts (ephemeral cuts and extractions in buildings).

- MACBA thus becomes one of the European museums with the largest number of the artist's works now that this legacy has been added to the 13 videos and 4 photos it already had. 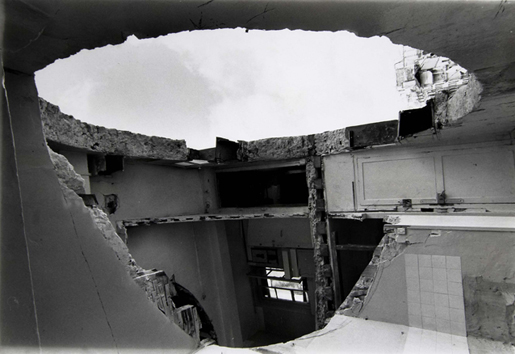 'An exceptional set provided by Matta-Clark himself to document one of the outstanding parts of his work.' In those words the exhibition curator Elisabeth Sussman summed up the contents of the Bex Archive, which brings together a series of photographs taken by Gordon Matta-Clark (New York, 1943-1978) of his ephemeral interventions on buildings through cuts and extractions on floors, walls and other structures. These architectural interventions changed the meaning and scope of sculpture. The collector Harold Berg acquired the Florent Bex photographic archive to include it in his Colección LATA (because of its Latin American origin), and he is now depositing it indefinitely with the MACBA Foundation. The set is made up of 46 works: 44 vintage black and white photographs on paper, 25 × 20 centimetres, a black and white negative and a manipulated slide. 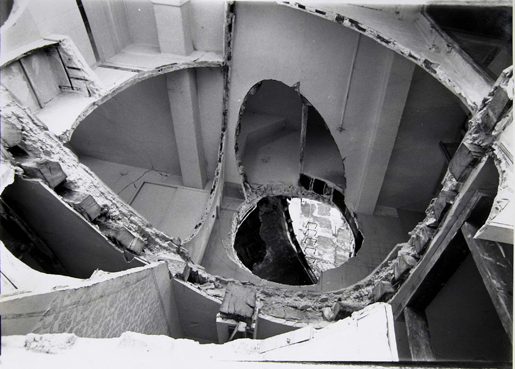 The images record the actions performed on buildings by Matta-Clark, which gave him a prominent place in the history of contemporary art. The first of them, Bronx Floors (1972-1973), consisted of outwitting the police in order to cut rectangular sections in the floor and walls of abandoned tenements in the Bronx with a handsaw and exhibit the extracted fragments in commercial galleries. The last of those actions, Circus-Caribbean Orange (1978), drew a complex web of circular cuts made at the request of the Chicago Museum of Contemporary Art in three houses adjacent to the museum. In a way they were a presage of his death, which came shortly afterwards. 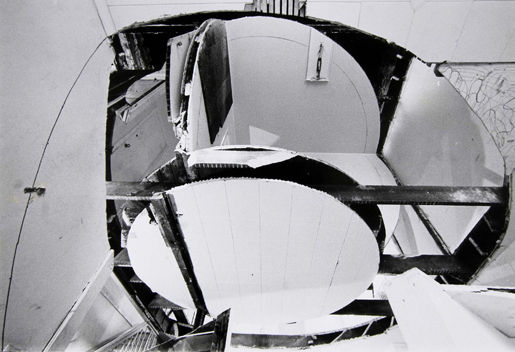 The photographs will occupy pride of place at the end of 2012 in an exhibition at the MACBA whose central theme will be Office Baroque (1977-2005), one of the most important works which Matta-Clark did at the invitation of Florent Bex, director of the Internacional Cultureel Centrum (ICC) in Antwerp. This building cut was defined as 'the most beautiful flight of light, air and time'. With the incorporation of the 46 works from the Colección LATA, the MACBA Collection now has a total of 63 works by Matta-Clark, since it already owned 17 (13 videos, two photographs and two photocollages). The MACBA thus becomes one of the European museums with the largest number of the artist's works, with the Generali Foundation (Vienna), the Georges Pompidou (Paris) and the Reina Sofía (Madrid). 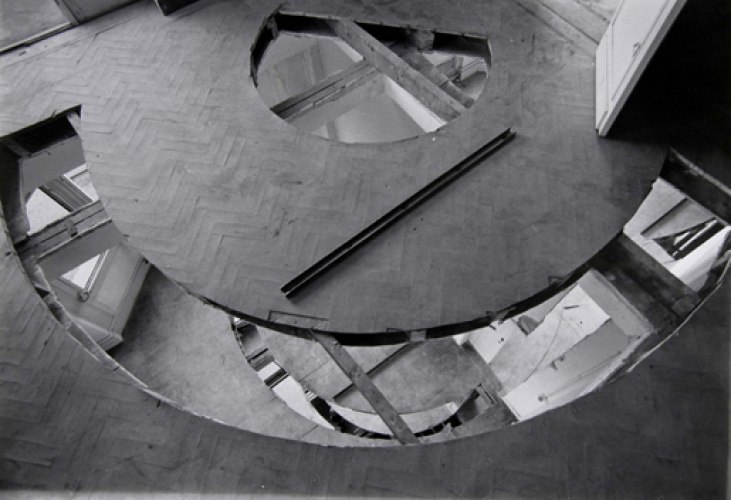 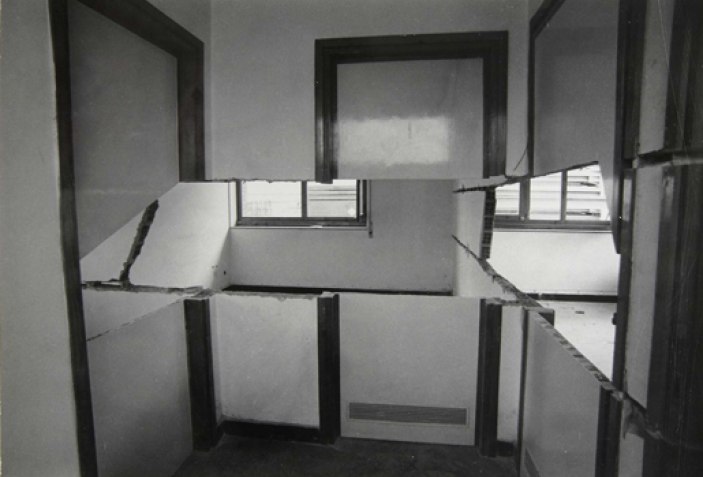 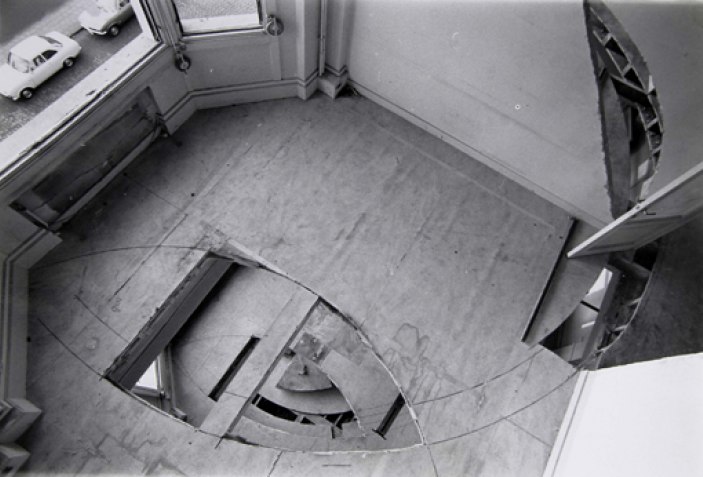 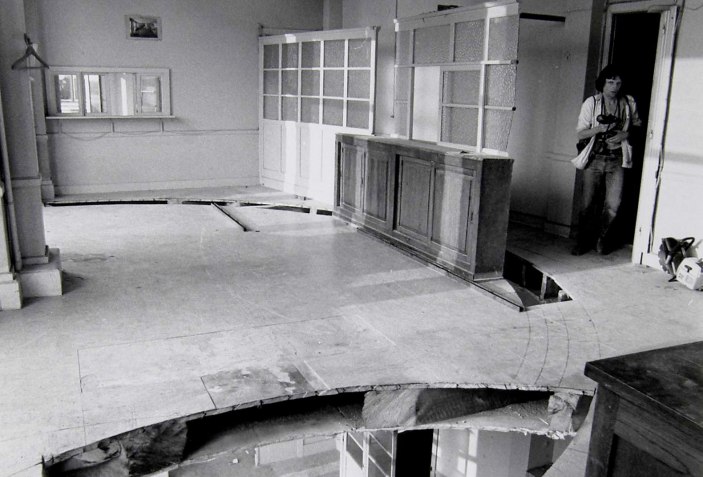 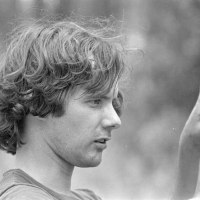 Gordon Matta-Clark (born Gordon Roberto Echaurren Matta; June 22, 1943 – August 27, 1978) was an American artist best known for his site-specific artworks he made in the 1970s. His parents were artists: Anne Clark, an American artist, and Roberto Matta, a Chilean Surrealist painter, of Spanish and French descent. He was the godson of Marcel Duchamp's wife, Teeny. His twin brother Sebastian, also an artist, committed suicide in 1976.

He studied architecture at Cornell University from 1962 to 1968, including a year at the Sorbonne in Paris, where he studied French literature. In 1971, he changed his name to Gordon Matta-Clark, adopting his mother's last name. He did not practice as a conventional architect; he worked on what he referred to as "Anarchitecture".

Matta-Clark used a number of media to document his work, including film, video, and photography. His work includes performance and recycling pieces, space and texture works, and his "building cuts". He also used puns and other word games as a way to re-conceptualize preconditioned roles and relationships (of everything, from people to architecture).

In February, 1969, the "Earth Art" show, curated by Willoughby Sharp at the invitation of Tom Leavitt, was realized at Andrew Dickson White Museum of Art, Cornell University. Matta-Clark, who lived in Ithaca at the time, was invited by Willoughby Sharp to help the artists in "Earth Art" with the on-site execution of their works for the exhibition. Sharp then encouraged Gordon Matta-Clark to move to New York City where Sharp continued to introduce him to members of the New York art world. Matta-Clark's work, Museum, at Klaus Kertess' Bykert Gallery, was listed and illustrated on pages 4–5 of Avalanche 1, Fall 1970.

In 1971 Matta-Clark, Carol Goodden, and Tina Girouard co-founded FOOD, a restaurant in Manhattan's Soho neighborhood; managed and staffed by artists. The restaurant turned dining into an event with an open kitchen and exotic ingredients that celebrated cooking. The activities at FOOD helped delineate how the art community defined itself in downtown Manhattan. The first of its kind in SoHo, Food became well known among artists and was a central meeting-place for groups such as the Philip Glass Ensemble, Mabou Mines, and the dancers of Grand Union. He ran FOOD until 1973.

In the early 1970s and in the context of his artistic community surrounding FOOD, Matta-Clark developed the idea of "anarchitecture" - a conflation of the words anarchy and architecture - to suggest an interest in voids, gaps, and left-over spaces. With his project Fake Estates, Matta-Clark addressed these issues of non-sites by purchasing at auction 15 leftover and unusably small slivers of land in Queens and Staten Island, New York, for $25–$75 a plot. He documented them through photographs, maps, bureaucratic records and deeds, and spoke and wrote about them - but was not able to occupy these residual elements of zoning irregularities in any other way.

In 1974, he performed a literal deconstruction, by removing the facade of a condemned house along the Love Canal, and moving the resulting walls to Artpark, in his work Bingo.

For the Biennale de Paris in 1975, he made the piece titled Conical Intersect by cutting a large cone-shaped hole through two townhouses dating from the 17th century in the market district known as Les Halles which were to be knocked down in order to construct the then-controversial Centre Georges Pompidou.

For his final major project, Circus or The Caribbean Orange (1978), Matta-Clark made circle cuts in the walls and floors of a townhouse next-door to the first Museum of Contemporary Art, Chicago, building (237 East Ontario Street), thus altering the space entirely.

Following his 1978 project, the MCA presented two retrospectives of Matta-Clark's work, in 1985 and in 2008. The 2008 exhibition You Are the Measure included never-before-displayed archival material of his 1978 Chicago project. You Are the Measure traveled to the Whitney Museum of American Art, New York, and the Museum of Contemporary Art, Los Angeles. 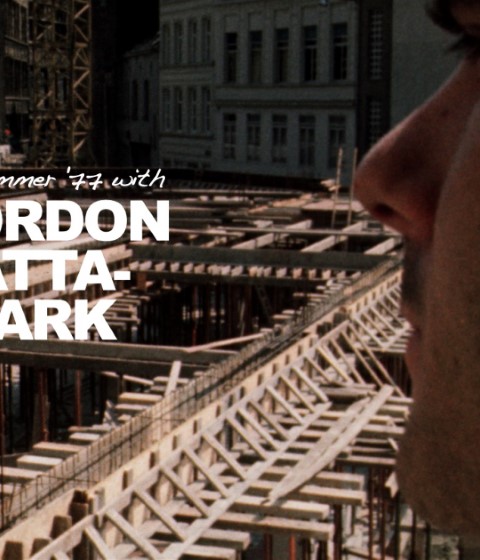 Harold Berg donates a film about Matta-Clark to the MACBA 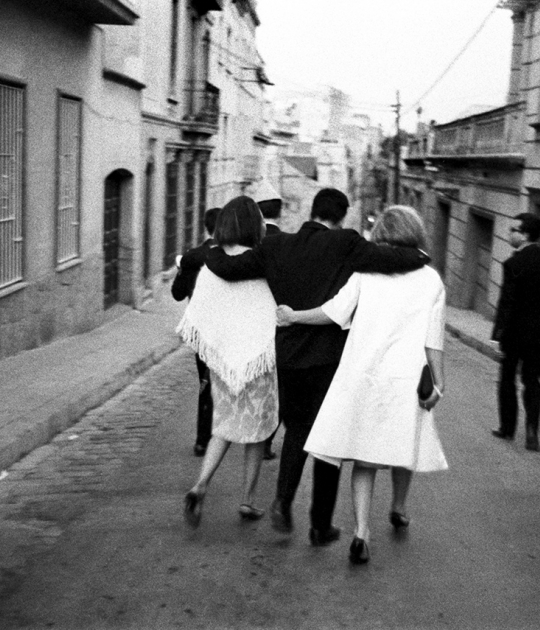 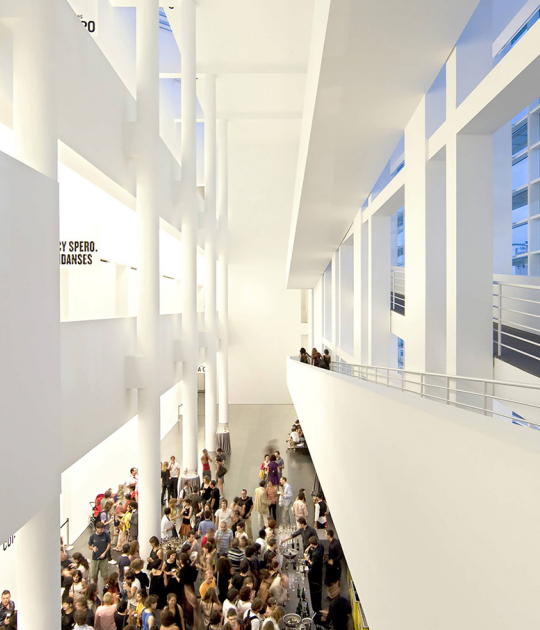 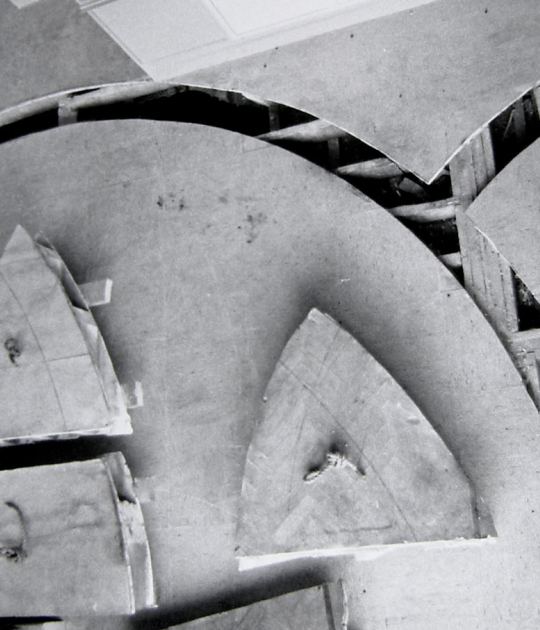 MACBA Collection. The demolition as leitmotiv 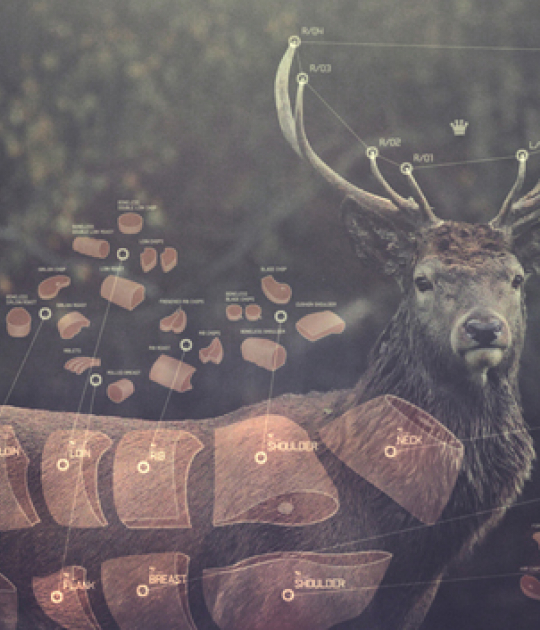