Today we are starting a new series of articles called “The House of the Architect”. We will choose cases of houses designed by some of the masters of the 20th century, in order to explore the figure of the architect as inhabitant.

Some of them will be the houses in which the architects lived; others are simply houses that became personal obsessions, projects that embody their ideas and their deepest intuitions and desires. The first case is the Glass House. 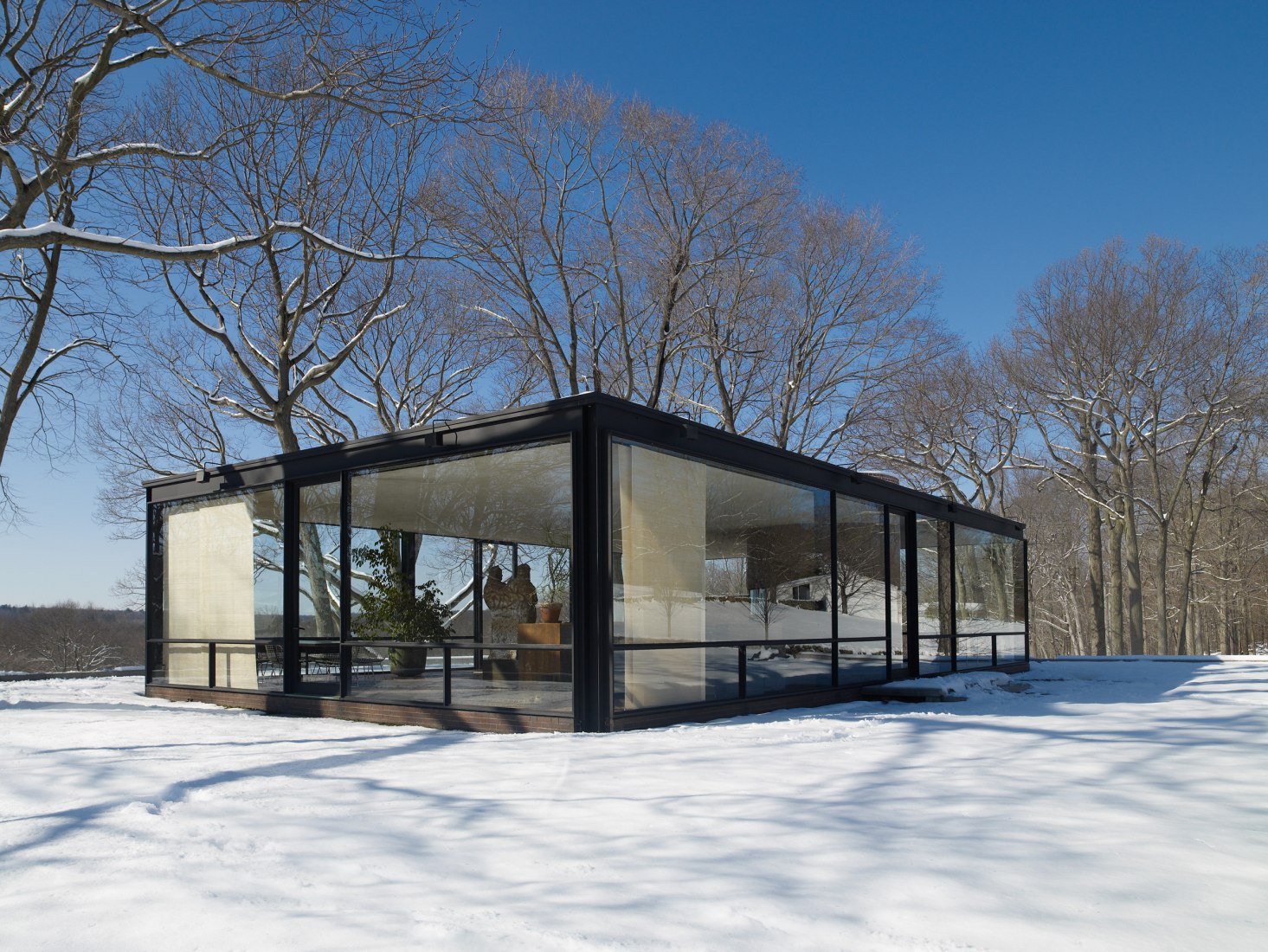 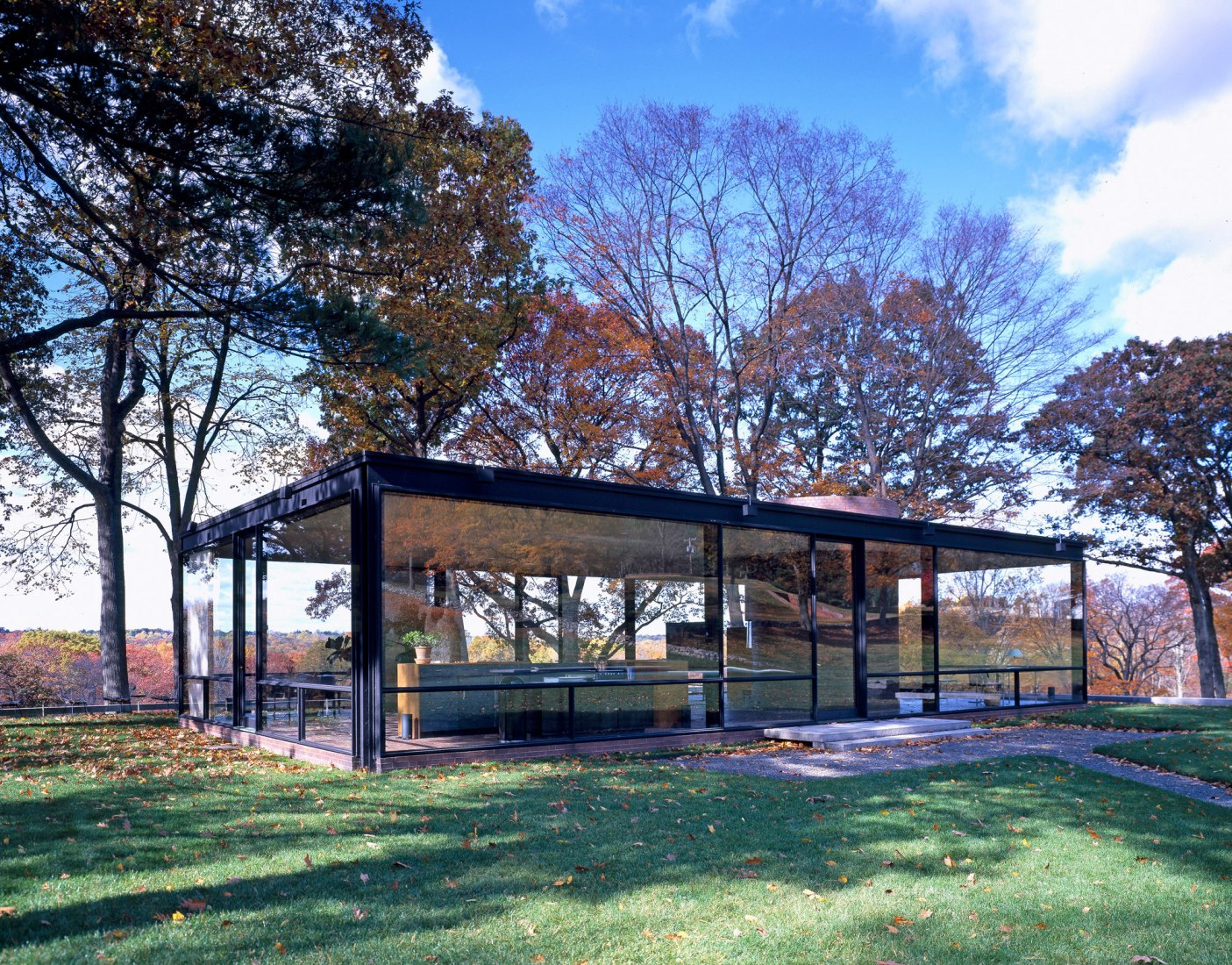 The Glass House was designed by Philip Johnson, and built on the top of a hill in New Canaan, Connecticut. The architect lived there since its construction in 1949 until he passed away in 2005. The house is known as a paradigm of transparency and minimalism.

The “glass box” concept derived from the ideas of Mies van der Rohe, and in fact, it is not difficult to see the similarities with early drawings of the Farnsworth House. In an article published in Architectural Review in 1950, Johnson admitted to being in debt with his master for life. They say that Mies, who was extremely rigorous and perfectionist, stormed out of the Glass House after acknowledging the poor constructive sensitivity of that version of his glass box. He refused to stay for the night and left in anger. Understandable, we may say, as his disciple had also got ahead: the Farnsworth House would not be finished until two years later.

Johnson called the house “my fifty-year diary”. A single rectangular space of 10 x 17 meters contains the bedroom, living room, dining room, bathroom (inside a brick cylinder that visually anchors the house to the ground), and a kitchen with a long bar, ideal for cocktail parties.

In fact, Johnson, first curator of the architecture department of MOMA in the thirties, belonged to the intellectual and artistic elite of New York, and parties in the Glass House were quite frequent over the years.

Just envision Andy Warhol, John Cage and some of Johnson’s students in Yale, like Robert A.M. Stern, discussing something vividly while sipping from their martini glasses. The oaks and maple trees reflect on the glass and compose the background of the scene.

Like every extreme, the Glass House needed a counterpoint, something that allowed the inhabitant to take shelter from the exposure to which he was necessarily subjected: the Brick House. It was built at the same time than the Glass House and had a double function: accommodating the installations and providing privacy whenever Johnson would need it. In that case, he would slip in through a subterranean passage that connected both houses, accessible from the bathroom nucleus of the Glass House. The Brick House is solid and opaque, while it keeps the dimensions of its partner. Both houses are placed almost opposite.

Johnson completed the complex with new volumes along the years. Some had specific functions (the studio and the painting and sculpture galleries, aimed to keep a very decent art collection). Others he just simply called his “follies”, and they were experiments with a shape that made them impossible to be used for a particular activity (Lake Pavilion, Ghost House, Da Monsta). There are a total of fourteen buildings, spread on a surface of 190,000 square meters.

In the last years, the Glass House has become a place of pilgrimage for architects and students. Those who have been there say they felt an atmosphere of reflection and communion with nature, perhaps reminiscent of what Philip Johnson experienced in his last years. However, no one can deny that, for many years, this was a house full of life, interesting discussions, artistic events, laughter and friendship. In the words of Johnson:

“I designed the Glass House to make people feel good.”


We leave you with a video of a dance event that Merce Cunningham organized in the house in 1967. It was announced as a “country happening”, and ended with a live performance by The Velvet Underground. 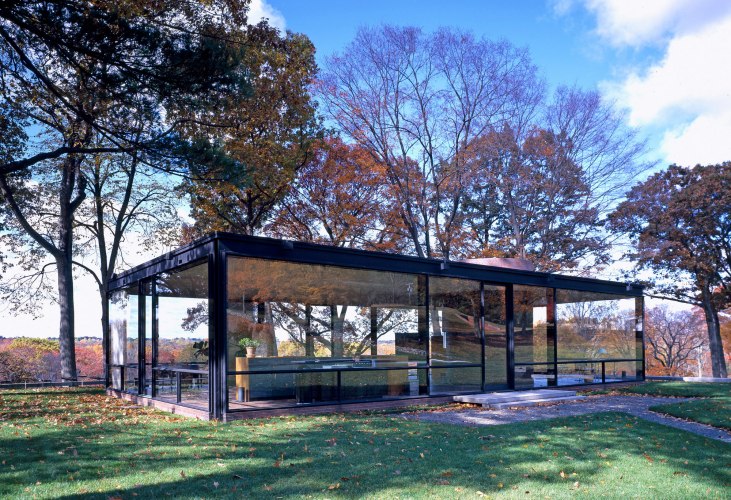 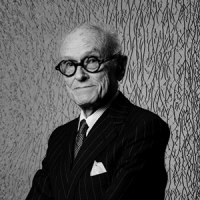 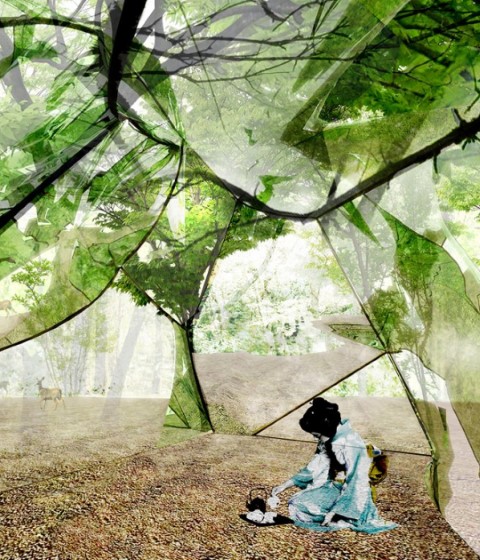 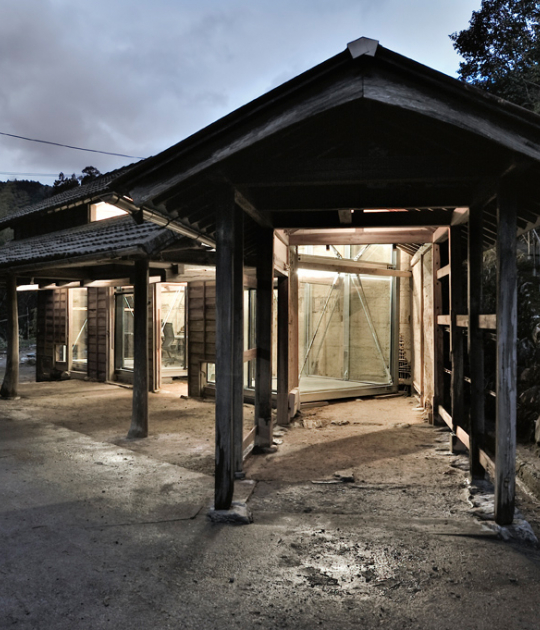 Extension of The Corning Museum of Glass by Thomas Phifer 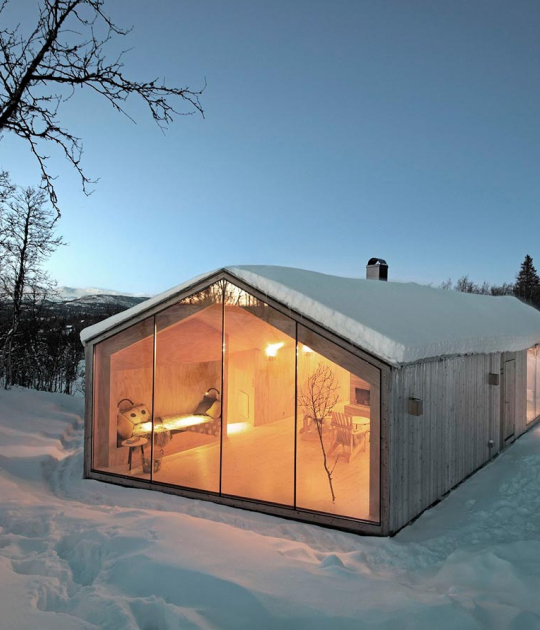 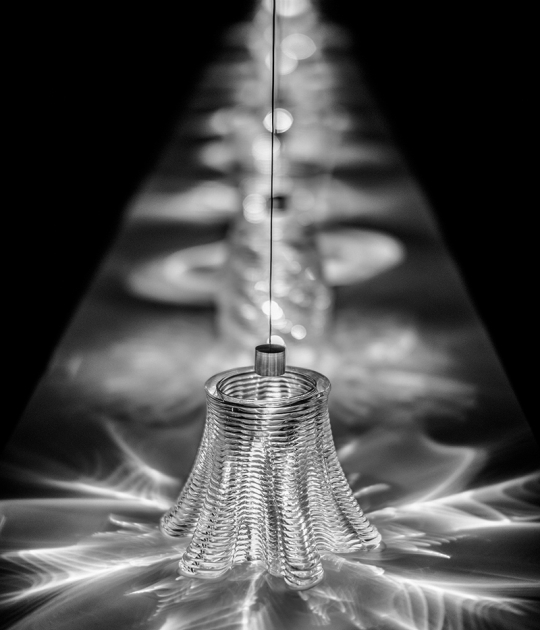