"This visualization started as a collaboration between Christoph Romhild and Chris Harrison. As Chris explains: 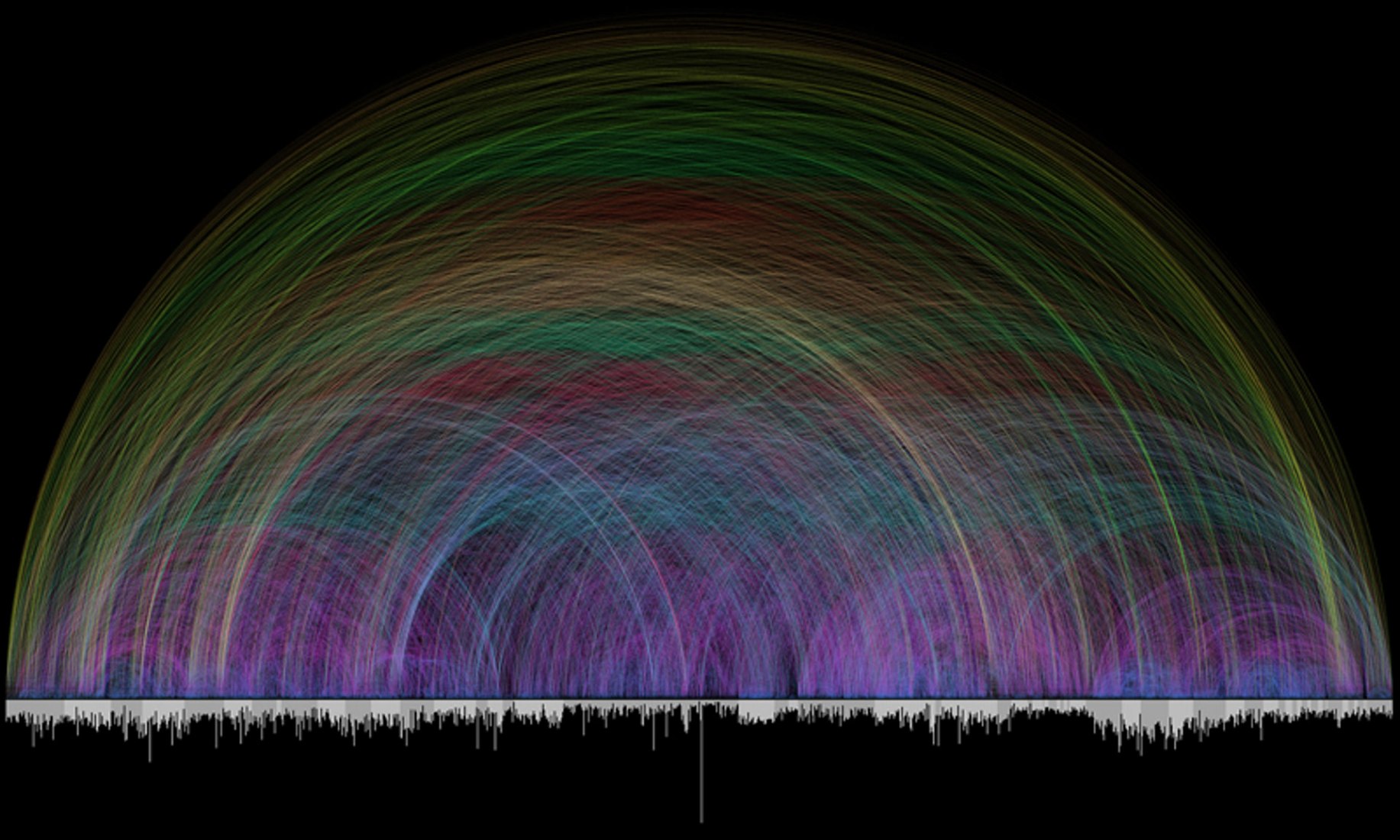 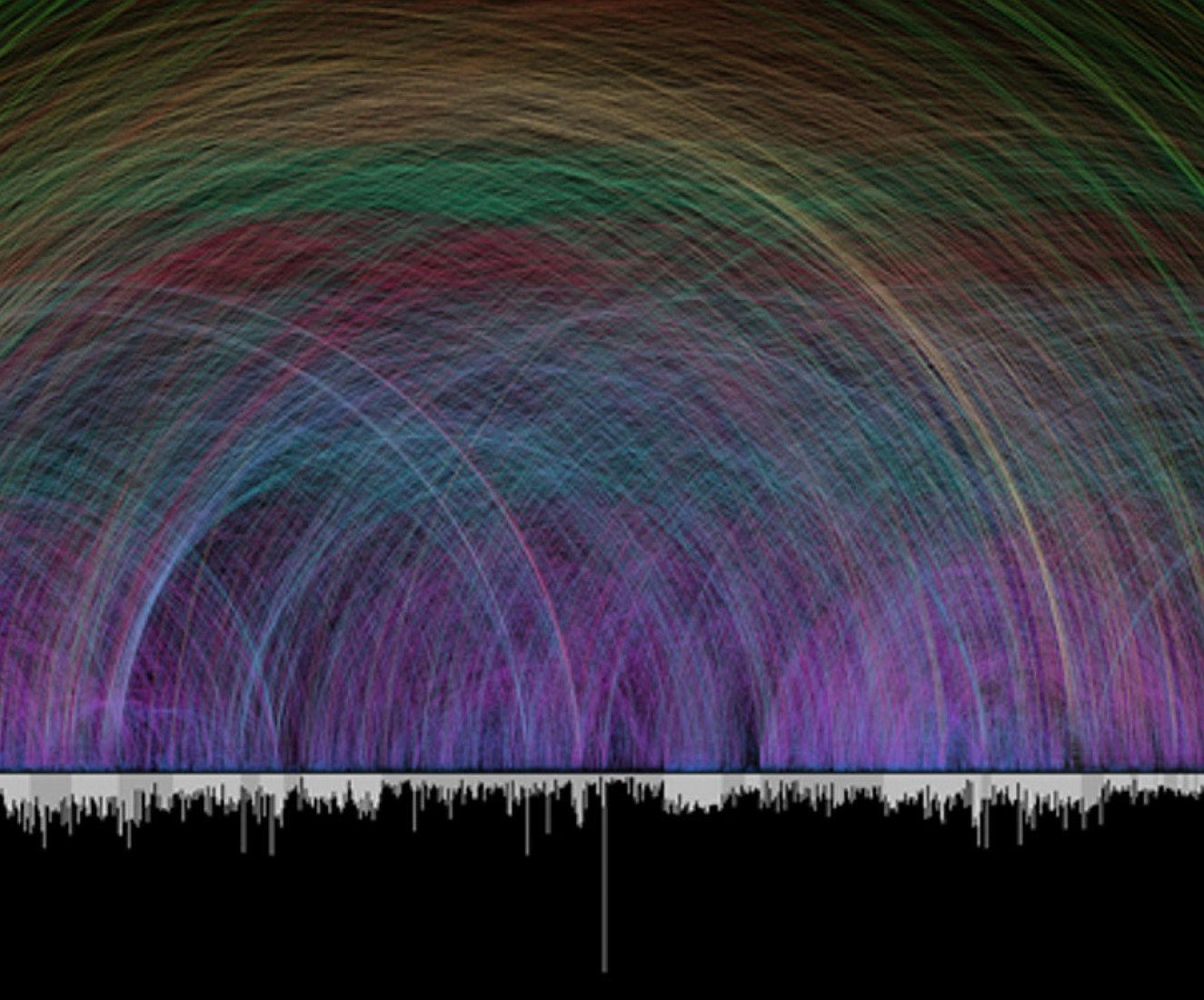 "Christoph, a Lutheran Pastor, first emailed me in October of 2007. He described a data set he was putting together that defined textual cross references found in the Bible. He had already done considerable work visualizing the data before contacting me.

Together, we struggled to find an elegant solution to render the data, more than 63,000 cross references in total. As work progressed, it became clear that an interactive visualization would be needed to properly explore the data, where users could zoom in and prune down the information to manageable levels. However, this was less interesting to us, as several Bible-exploration programs existed that offered similar functionality (and much more). Instead we set our sights on the other end of the spectrum - something more beautiful than functional. At the same time, we wanted something that honored and revealed the complexity of the data at every level - as one leans in, smaller details should become visible".

This process ultimately led them to the multi-colored arc diagram shown here. The bar graph that runs along the bottom represents all of the chapters in the Bible. Books alternate in color between white and light gray. The length of each bar denotes the number of verses in the chapter. Each of the 63,779 cross references found in the Bible is depicted by a single arc - the color corresponds to the distance between the two chapters, creating a rainbow-like effect. 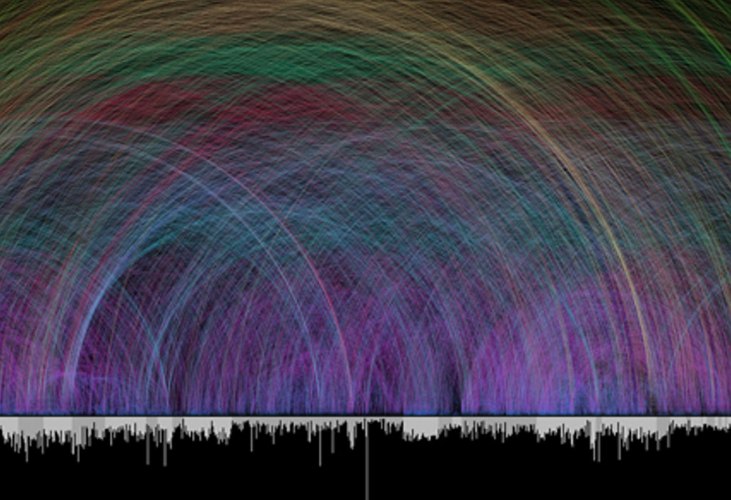 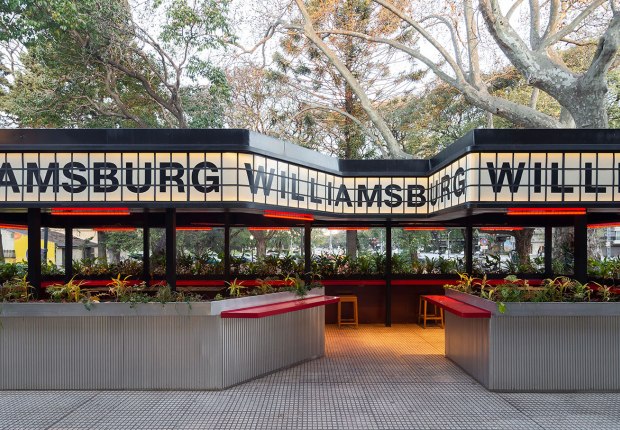 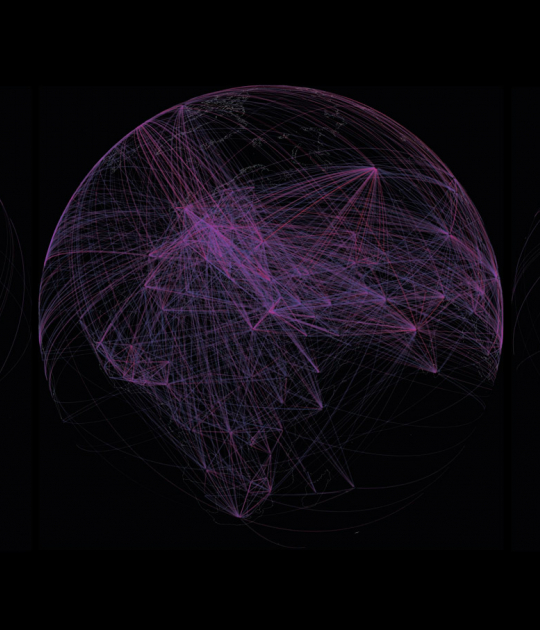 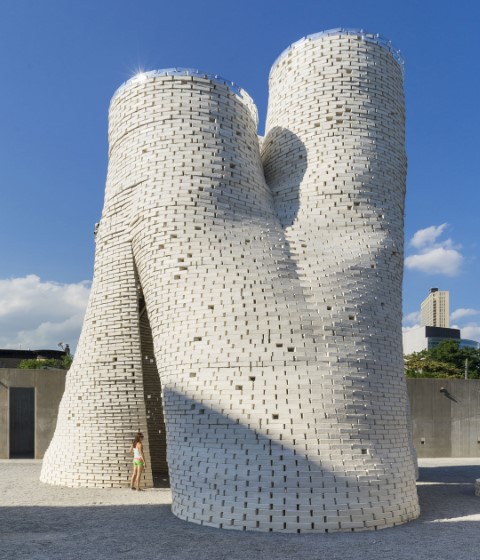 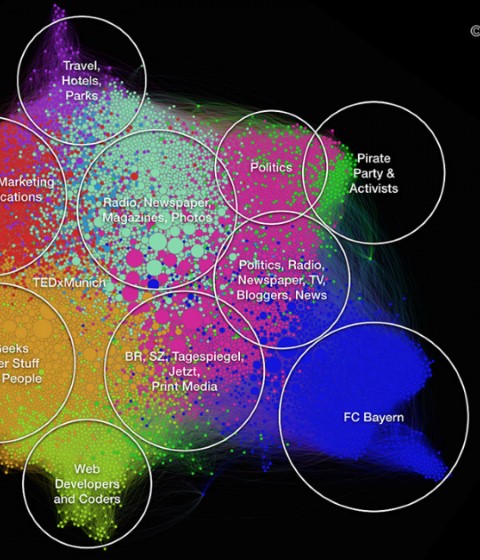