es
Yesterday the NY Governor announced his proposal to revitalize New York's transportation infrastructure at Madison Square Garden. He unveiled the transformation of Penn Station and the historic James A. Farley Post Office into a NEW transportation hub. The project, known as the Empire Station Complex, – which is anticipated to cost $3 billion – will be expedited by a public-private partnership in order to break ground this year and complete substantial construction within the next three years. 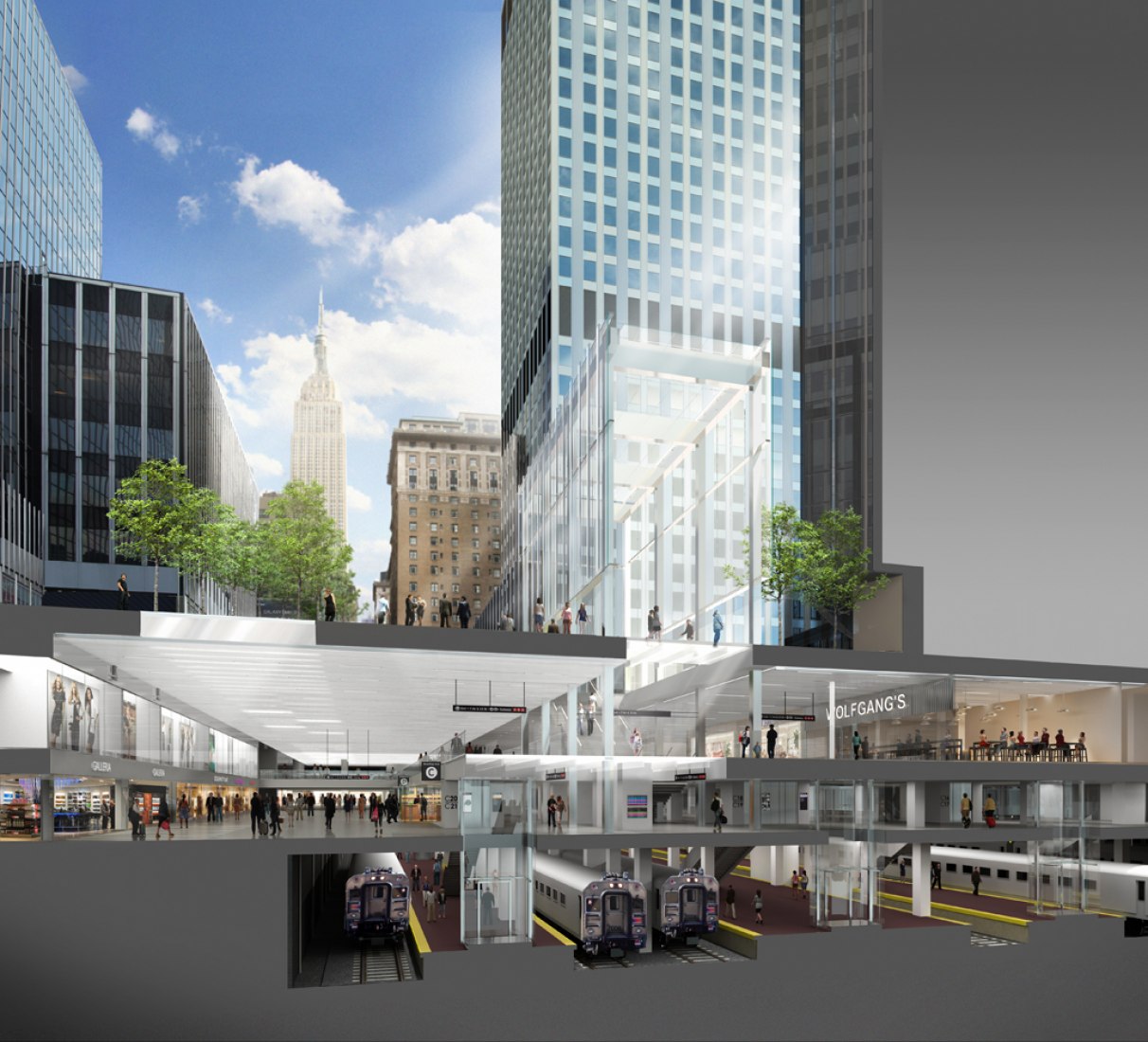 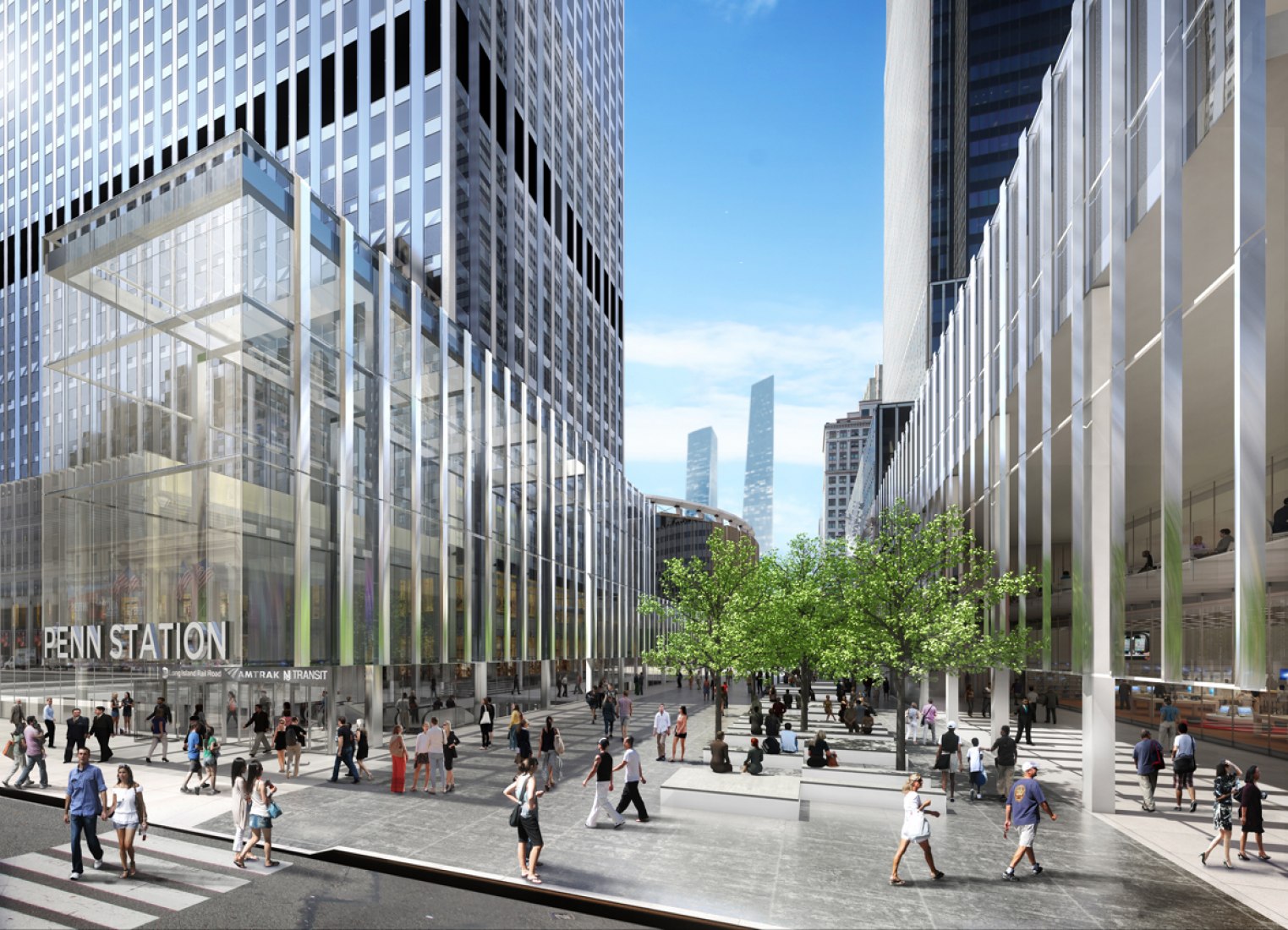 Empire Station Complex: 33rd Street Entrance by Day. Close 33rd Street and use skylights and new entrance to bring natural light to the concourse below. Image © Courtesy of governorandrewcuomo. Click above to see larger image. 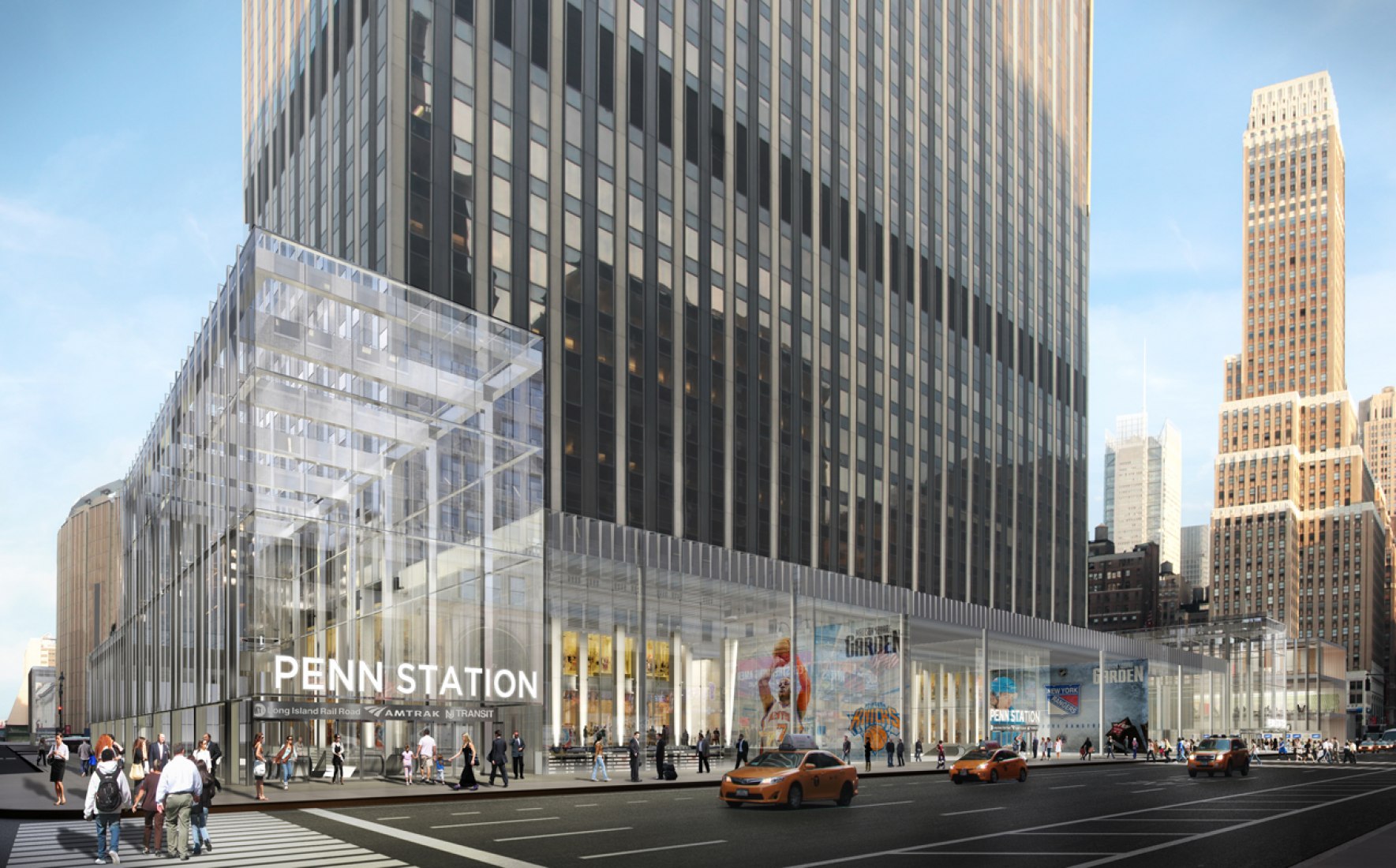 Empire Station Complex: Exterior View from Southeast. Open the site through new entrances at the corners and mid-block. Image © Courtesy of governorandrewcuomo. Click above to see larger image. 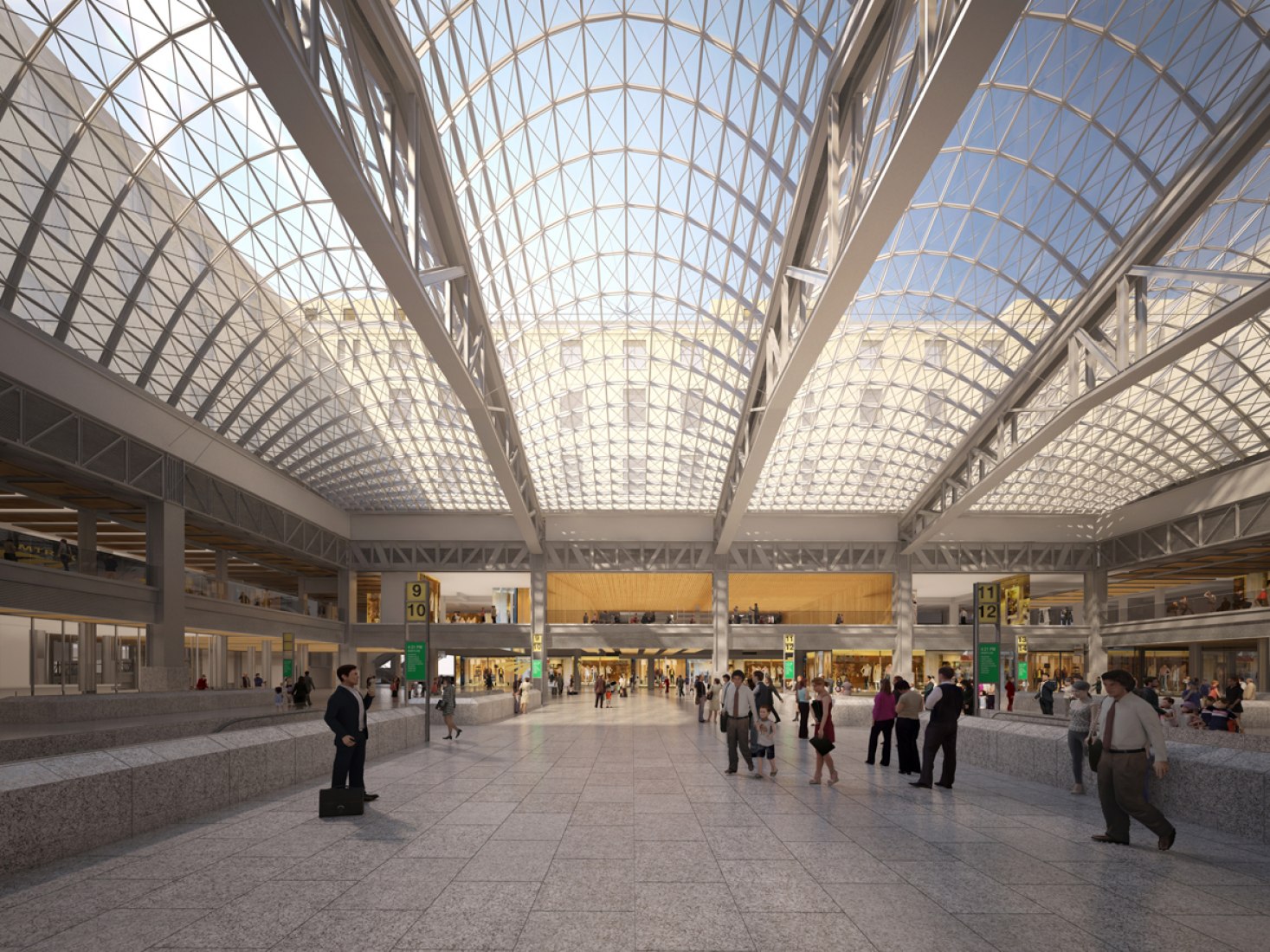 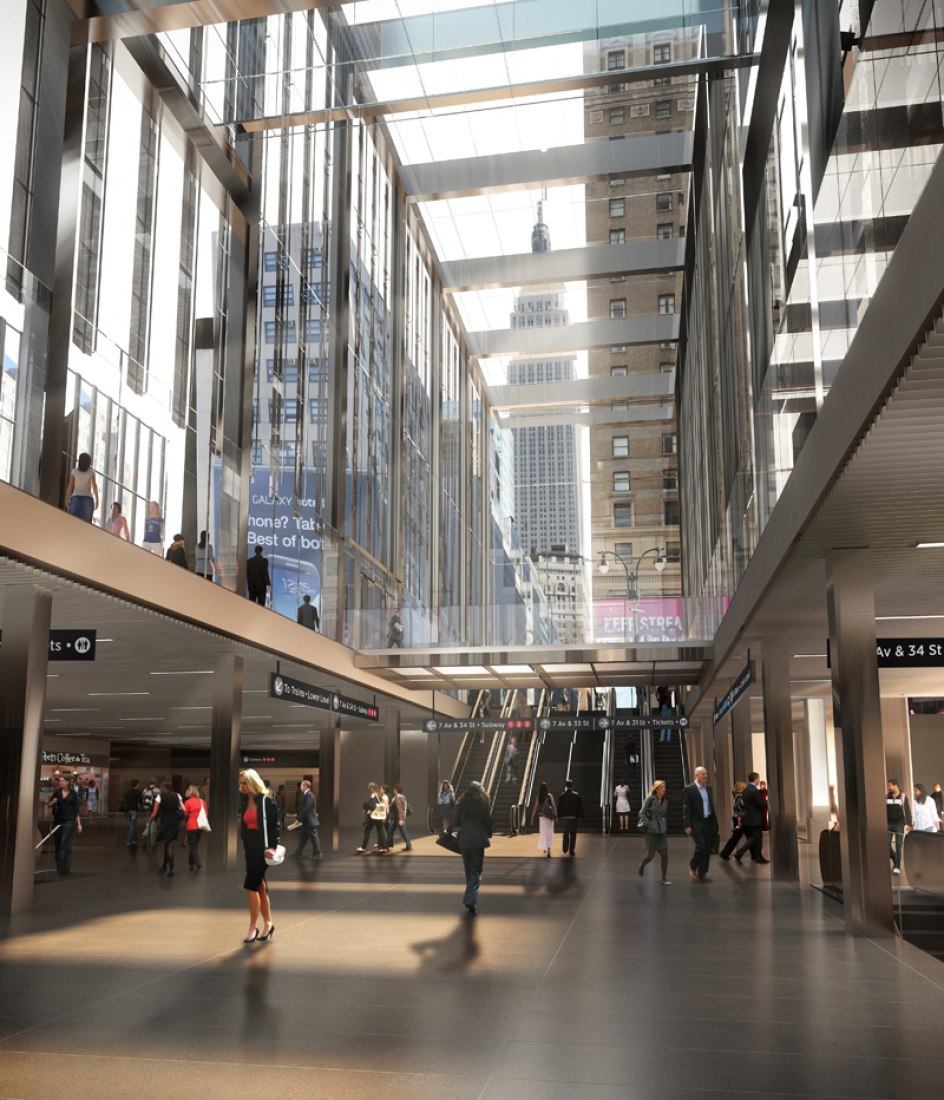 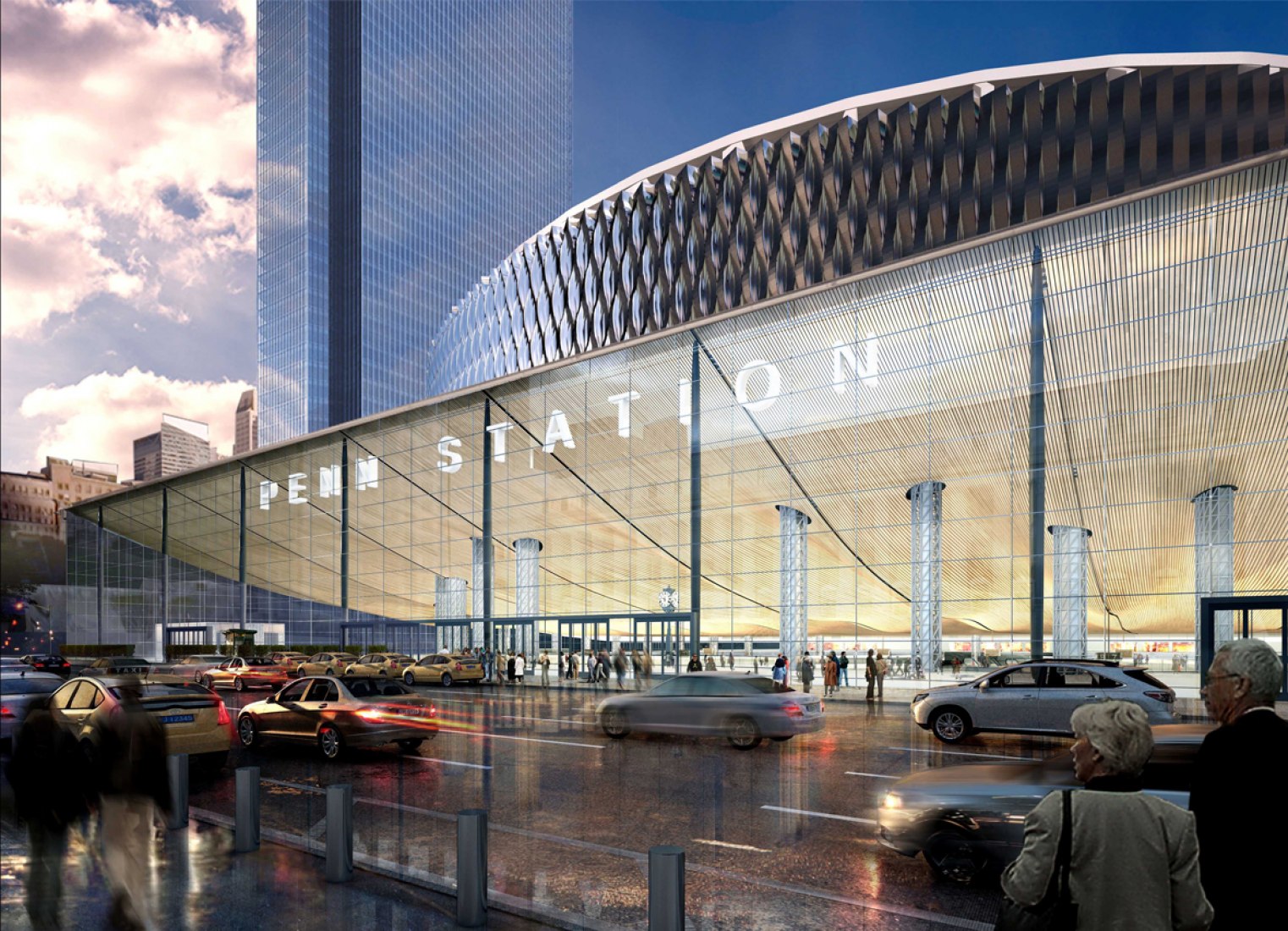 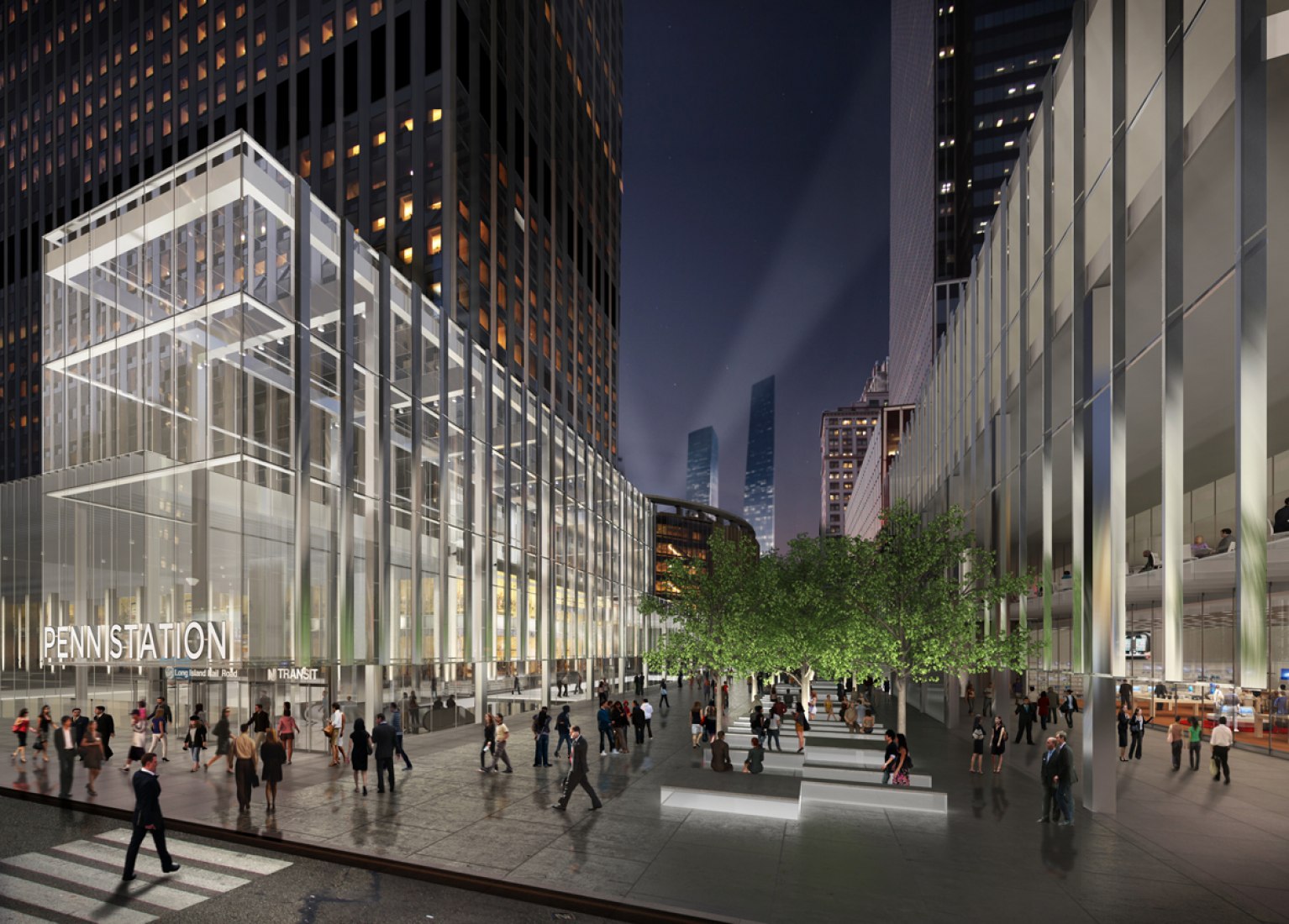 Empire Station Complex: 33rd Street Entrance by Night. Close 33rd Street and use skylights and new entrance to bring natural light to the concourse below. Image © Courtesy of governorandrewcuomo. Click above to see larger image. 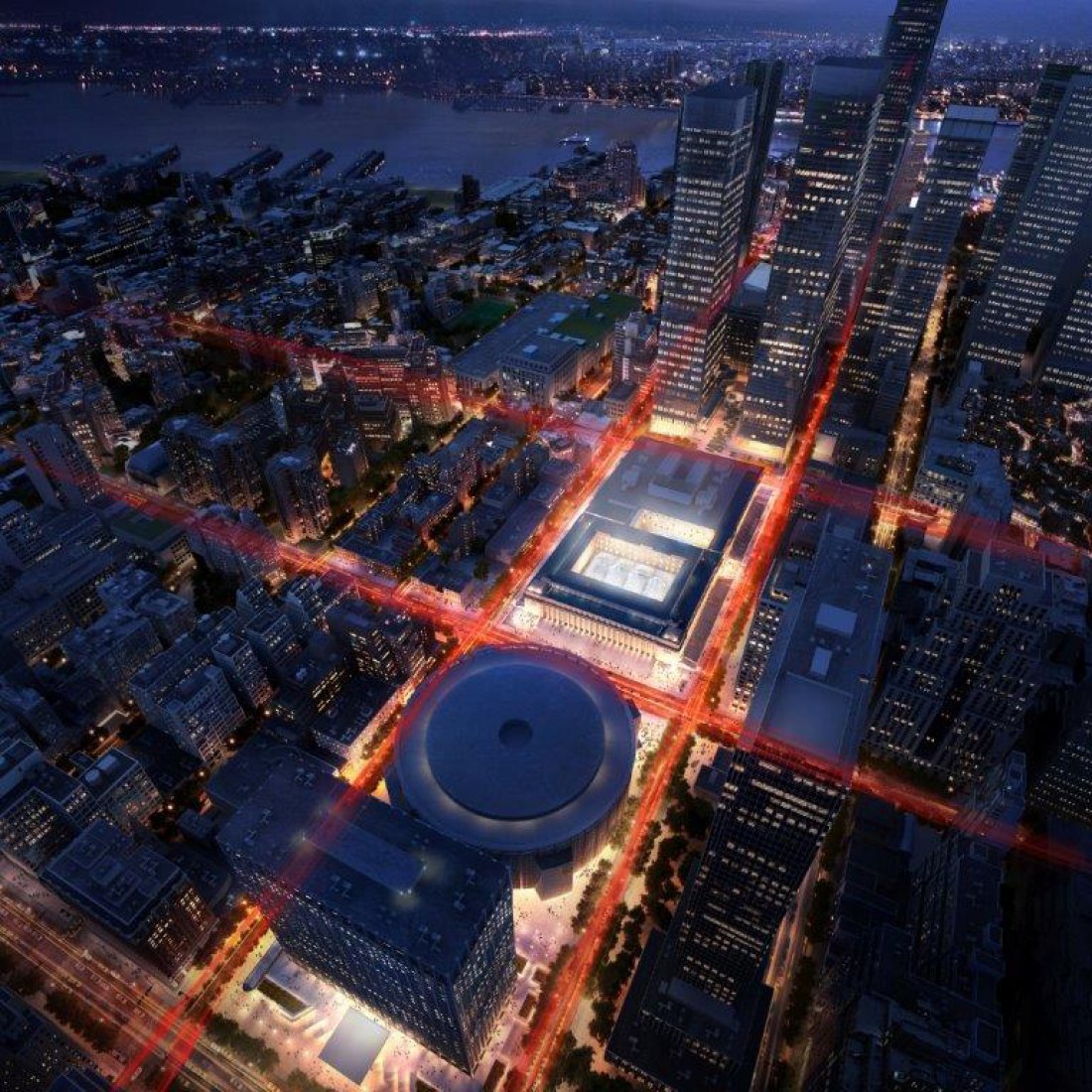 While the details are unclear, the proposal calls for utilizing the Farley Post Office site in concert with the current Penn Station and Madison Square Garden site. The two blocks will be connected below 8th Avenue via a subterranean connection. Expanding north, the plan will shut down 33rd street adjacent to Penn Station/MSG and create a pedestrian focused entry along 33rd as well as 7th and 8th Avenues.

The original Penn Station first opened in 1910, and its underground areas have remained in continual use since then. In its current form, the station is designed to accommodate 200,000 daily passengers. In practice, it is the busiest train station in North America, serving more than 650,000 passengers every day, and is plagued by widespread pedestrian congestion and outdated facilities. The Governor’s proposal will address these current shortcomings and transform the facility into a modern, iconic gateway to New York that is capable of meeting the demands of increased ridership in the 21st century.

“Penn Station is the heart of New York’s economy and transportation network, but it has been outdated, overcrowded, and unworthy of the Empire State for far too long,” said Governor Cuomo. “We want to build Penn Station to be better than it ever was, and that is exactly what we are going to do. This proposal will fundamentally transform Penn Station for the 21st century, and we are excited to move forward with the project in the days to come.” said Governor Andrew Cuomo.

Penn Station Redevelopment: The existing Penn Station facility, which lies beneath Madison Square Garden and between 7th and 8th Avenues, will be dramatically renovated. The project will widen existing corridors, reconfiguring ticketing and waiting areas, improve connectivity between the lower levels and street level, bring natural light into the facility, improve signage, simplify navigation and reduce congestion, and expand and upgrade the retail offerings and passenger amenities on all levels of the station.

Several design alternatives will be considered, including major exterior renovations involving 33rd street, 7th avenue, 8th avenue, and/or Madison Square Garden Theater. Renderings of all of these options are available in the Governor’s presentation below.

Farley Post Office Redevelopment: As part of the Governor’s proposal, the Farley Post Office, which sits across 8th Avenue from Penn Station, will be redeveloped into a state-of-the-art train hall for Amtrak, the new train hall, with services for passengers of the Long Island Rail Road, New Jersey Transit and the new Air Train to LaGuardia Airport. The train hall will be connected to Penn Station via an underground pedestrian concourse, and increase the station’s size by 50 percent. At 210,000 square feet, the train hall will be roughly equivalent in size to the main room at Grand Central Terminal. The new facility will offer more concourse and circulation space, include retail space and modern amenities such as Wi-Fi and digital ticketing, and feature 30 new escalators, elevators and stairs to speed passenger flow. The Governor’s proposal also calls for an iconic yet energy-efficient architectural design. 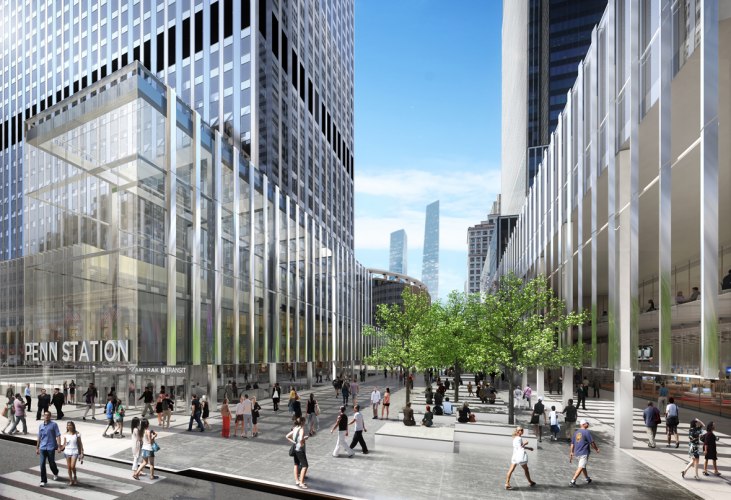 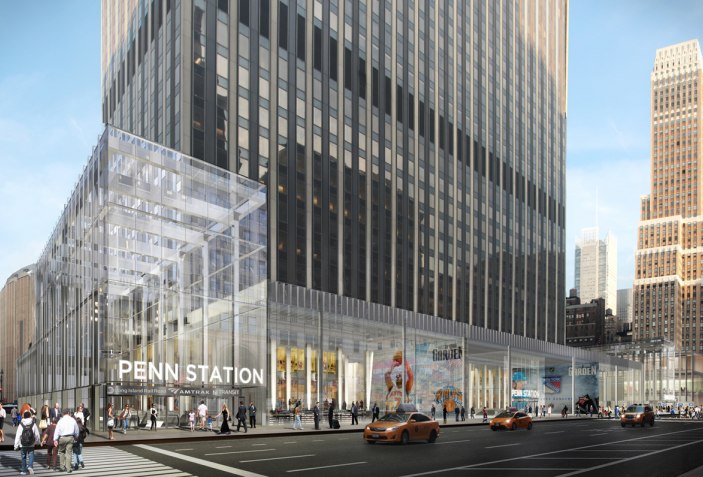 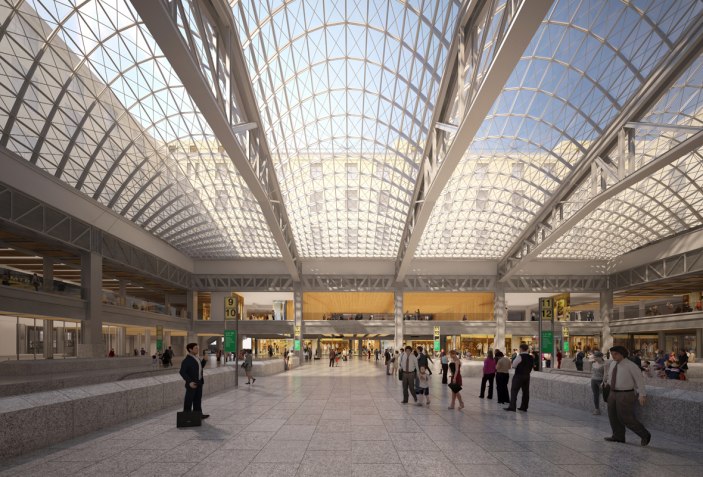 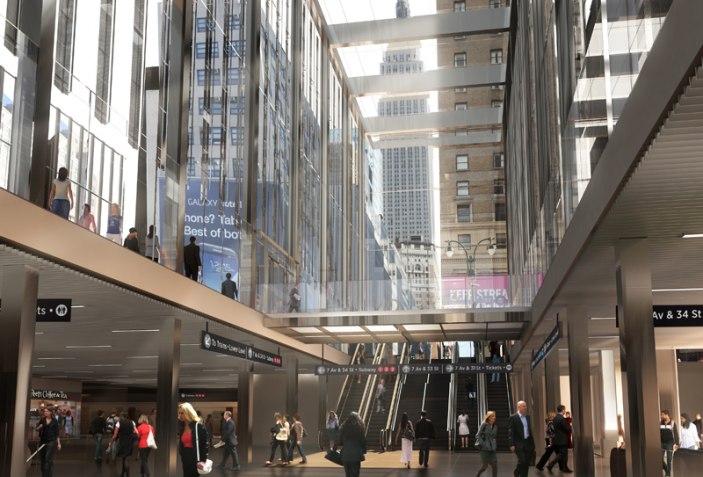 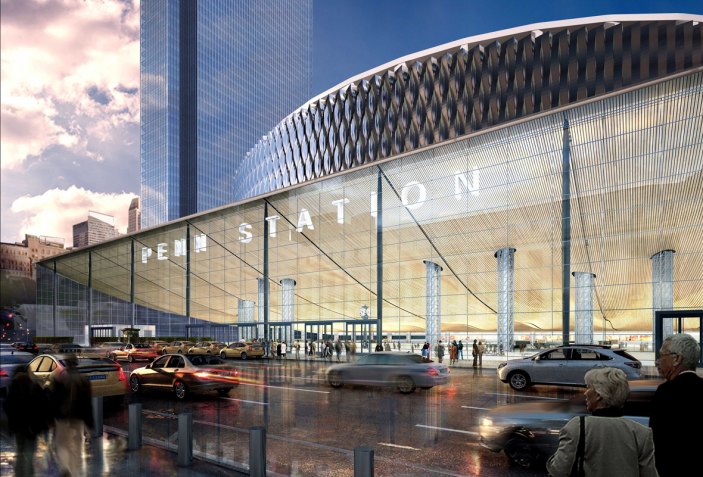 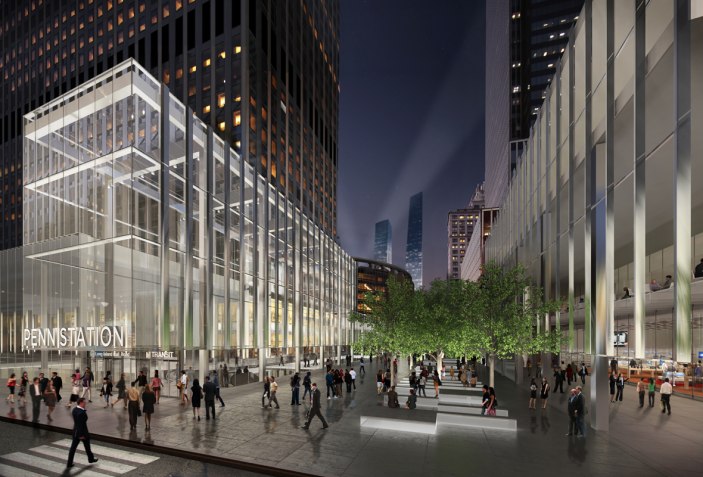 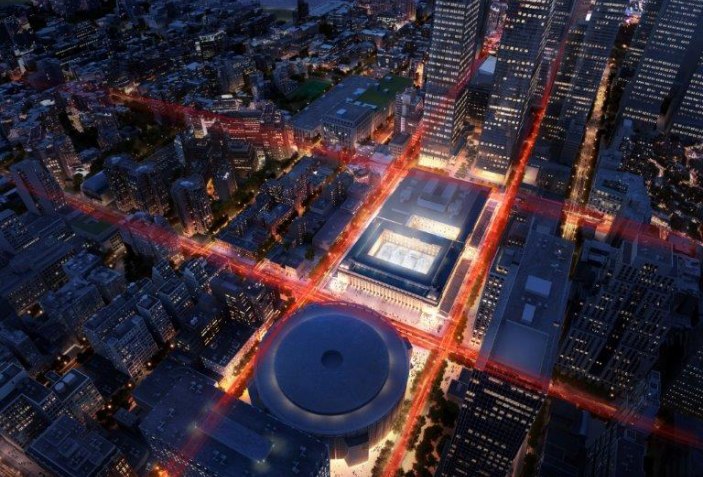 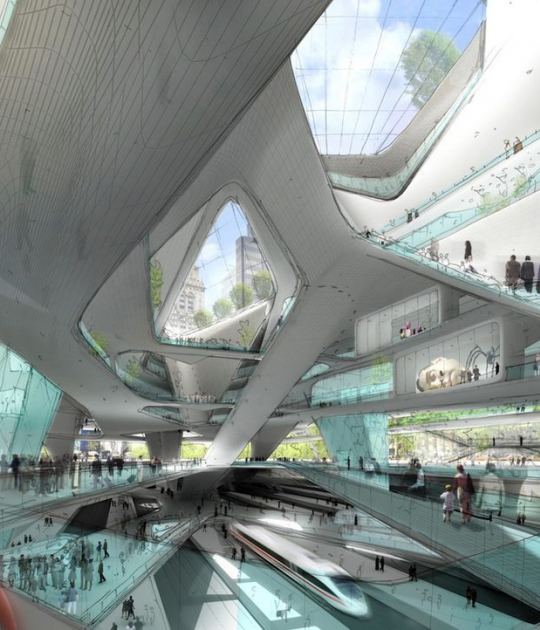 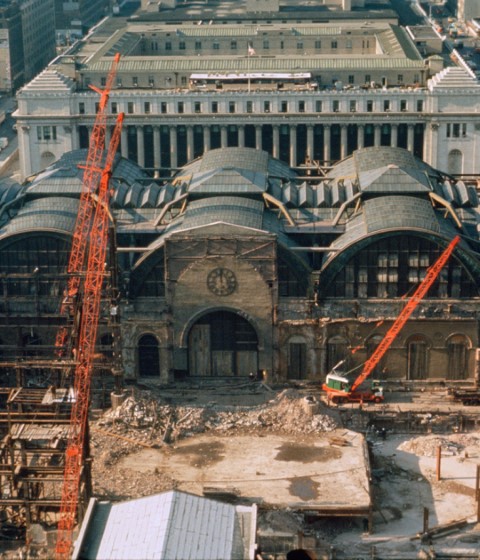 Ode to the Penn Station: A Place That Once Made Travelers Feel Important 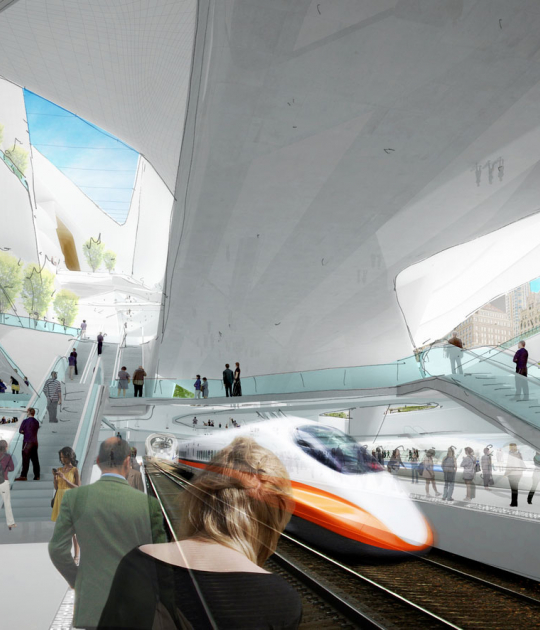 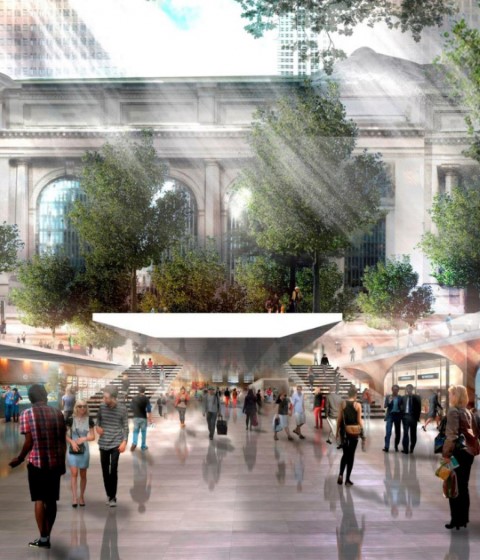 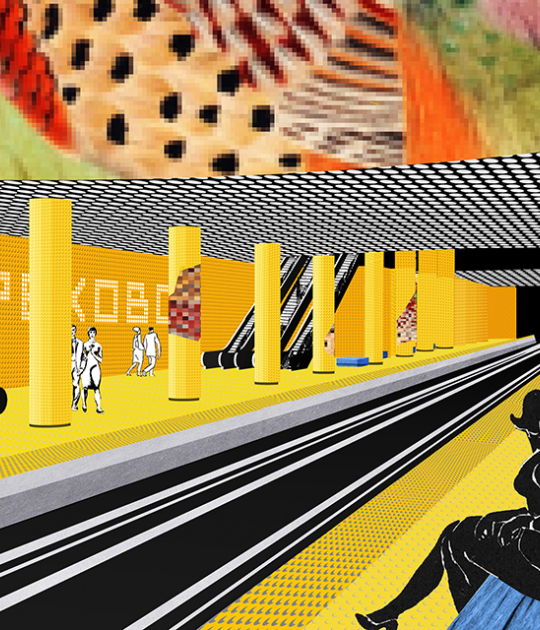 Competition for the design of two Moscow's metro stations