Japan House, in São Paulo, shows the traditional Japanese culture through a modern lens, and this year it will host one of the works of the artist of Brazilian origin and Japanese ancestry, Oscar Oiwa. 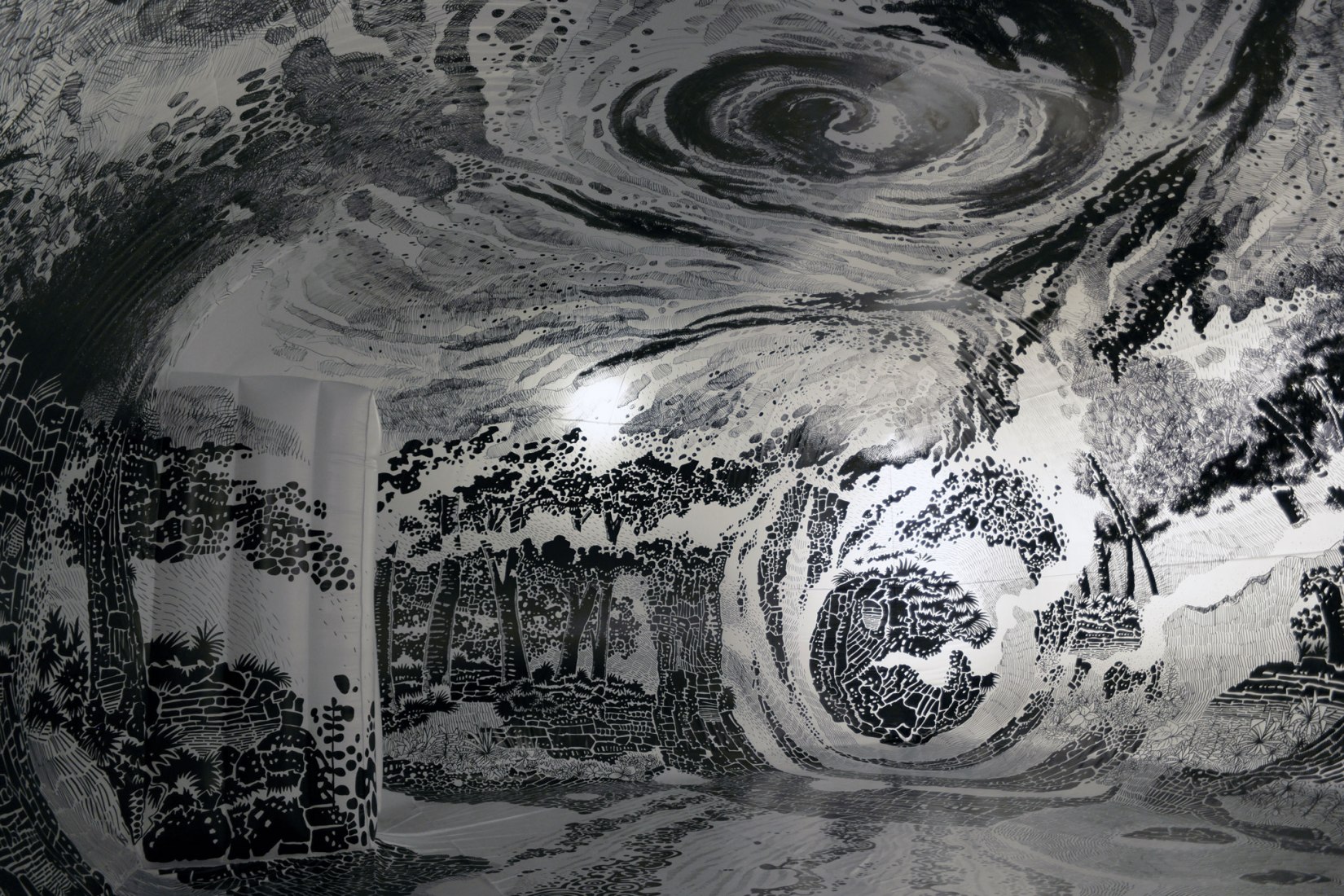 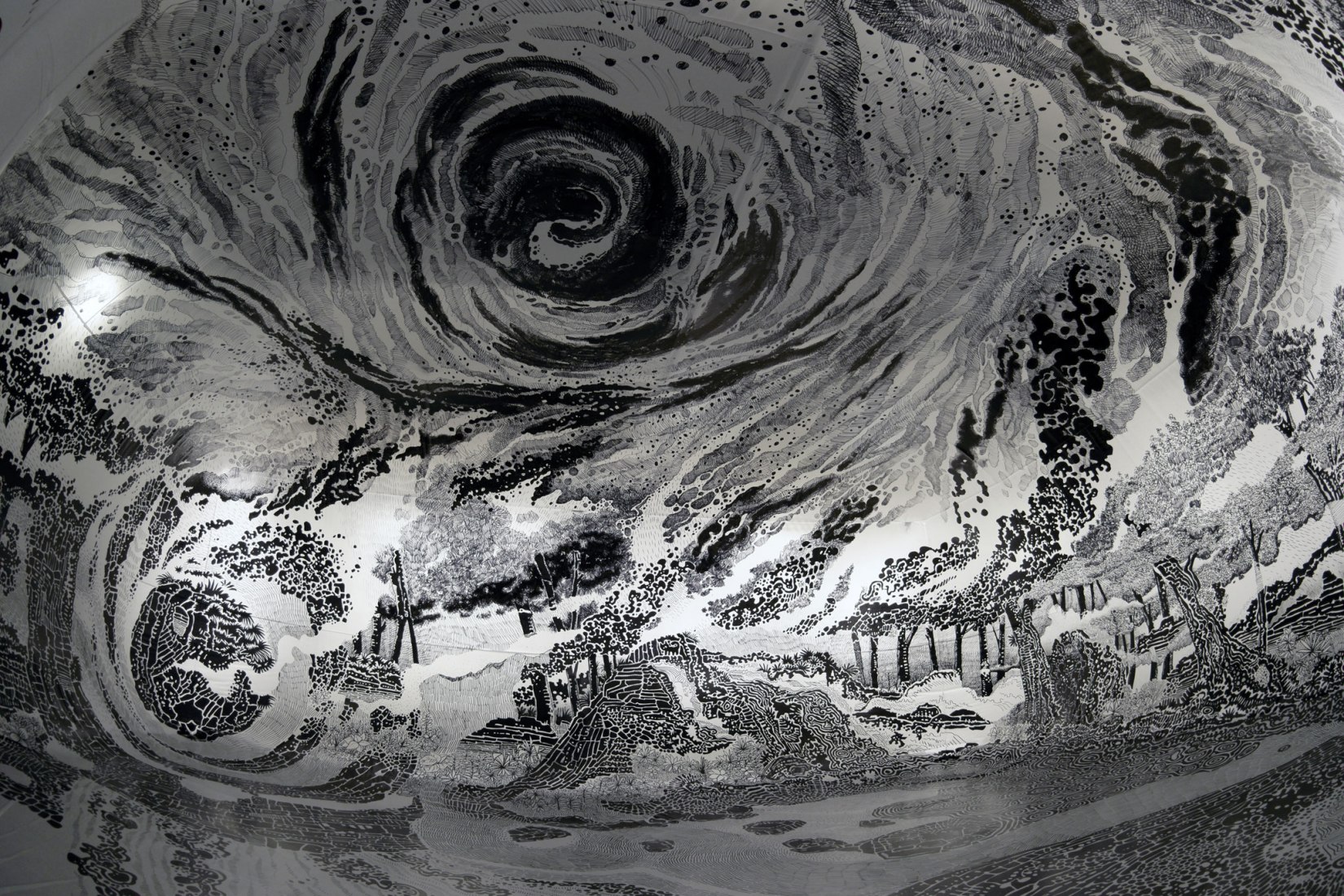 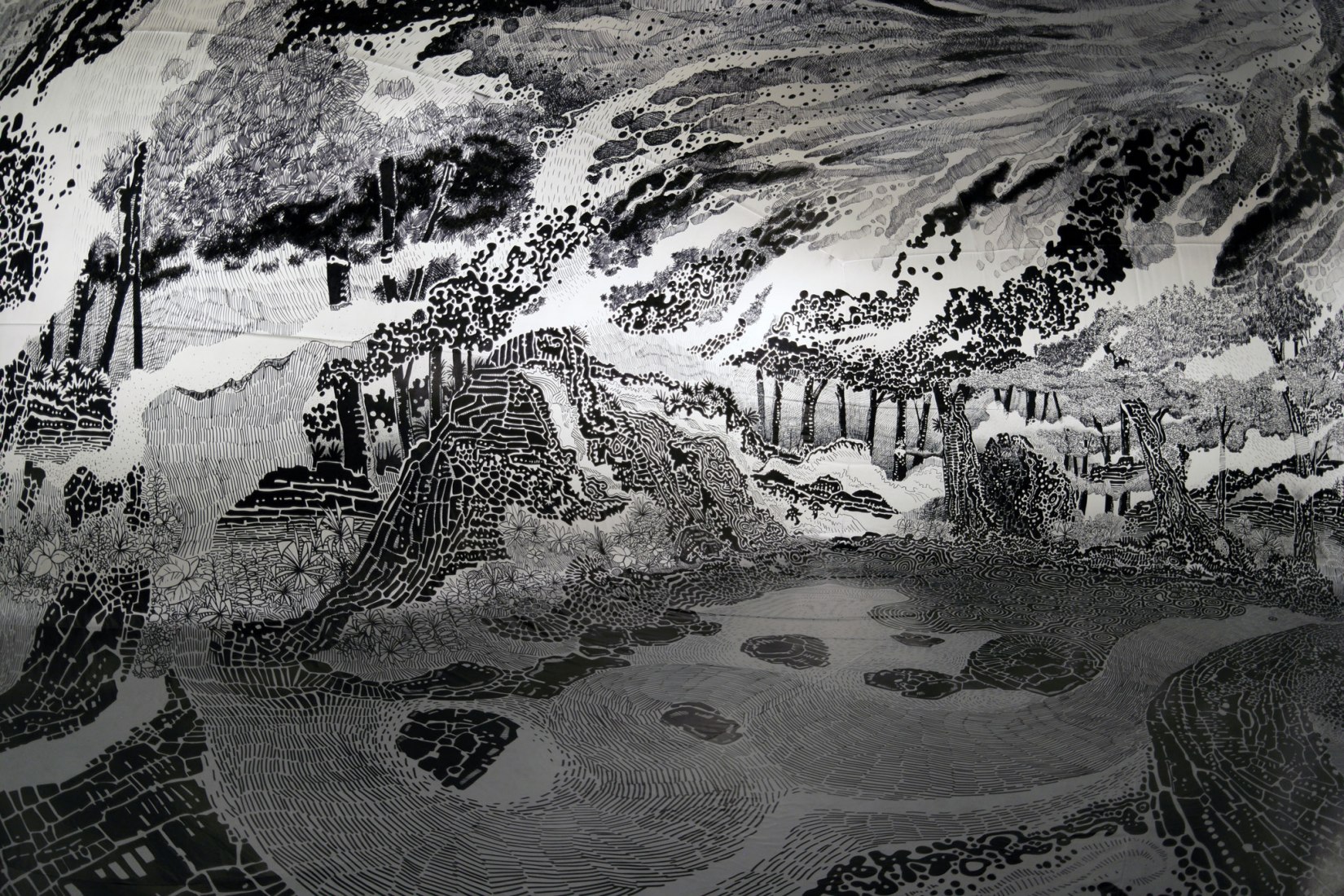 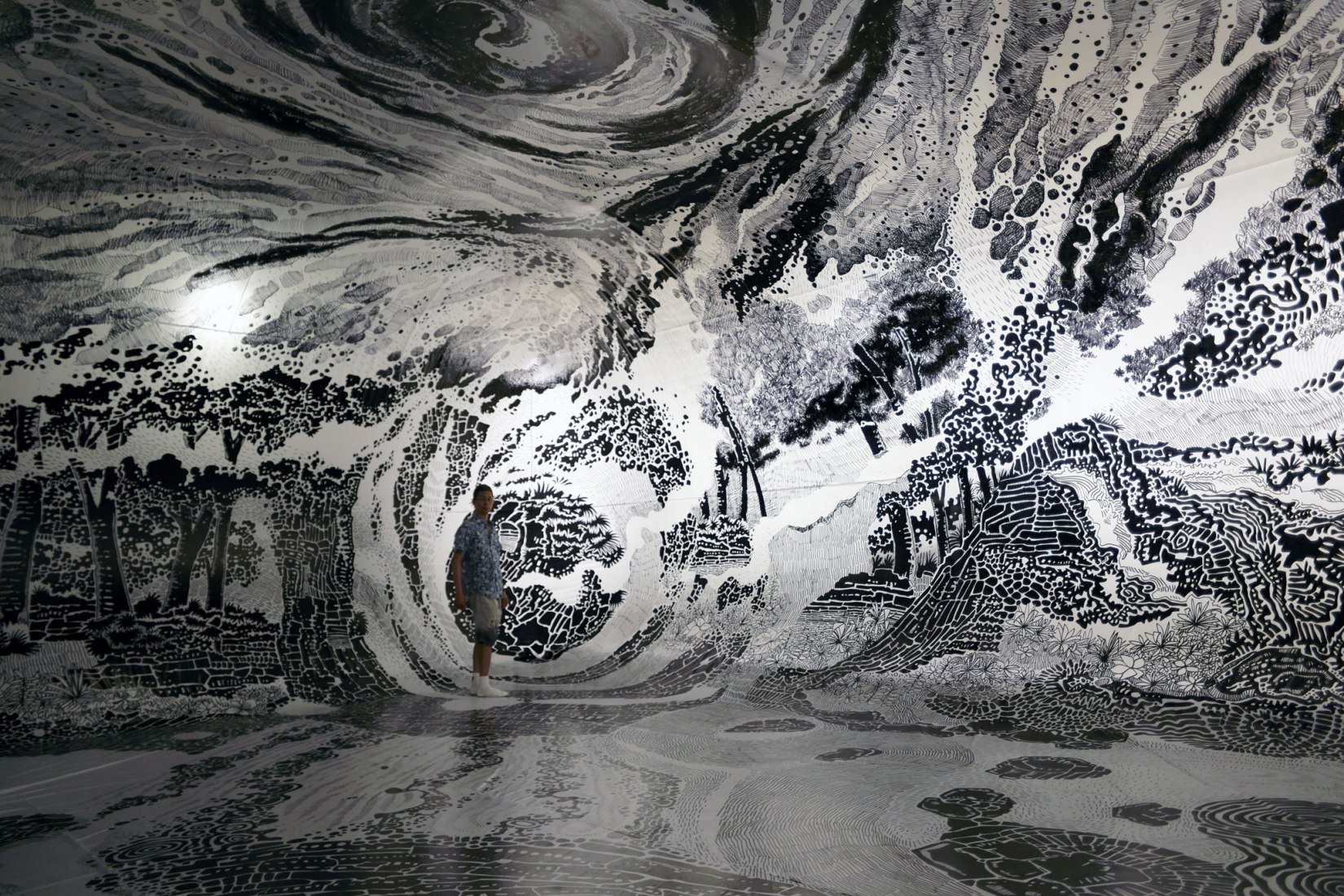 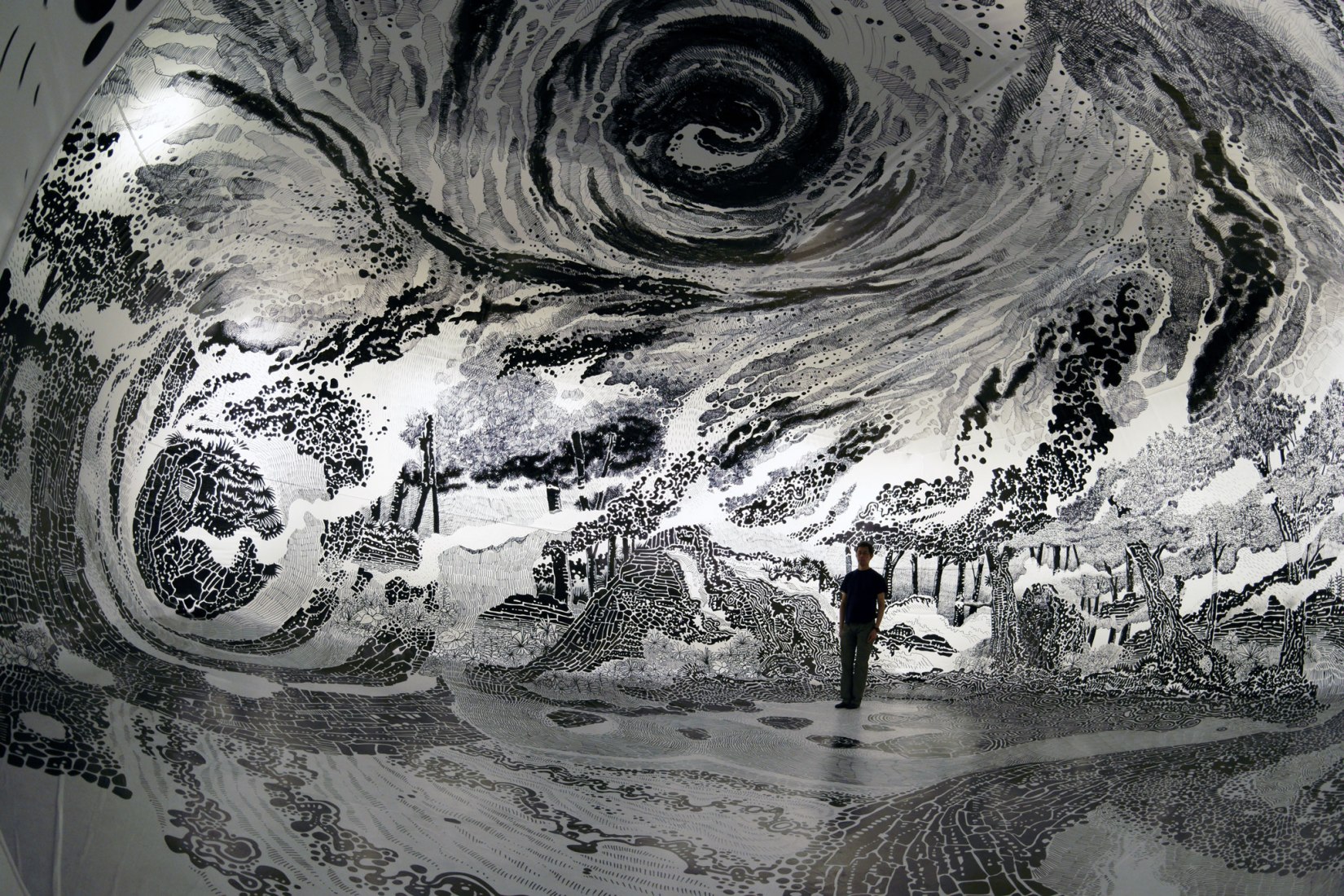 The installation of Oscar Oiwa allows the viewer to enter a 360º drawing composed of dark forest patches, winding paths and a sky full of high-contrast swirls. The intention of the artist was to use the simplest material and technique, just a black ballpoint pen and a white vinyl surface, to do something unexpected. The creation of the work took the artist and his five assistants two weeks of work and the use of 120 markers.

Description of project by Japan House

From 3 April, the Japan House São Paulo presents "Oscar Oiwa in Paradise: Drawing the ephemeral" with a selection of works and an original installation artist Nisei Oscar Oiwa, who consolidated his aesthetic style in Japan to strengthen its career in the contemporary Japanese art scene.

Exclusively for the Japan House São Paulo, Oiwa presented the installation "Paradise", a 360-degree design a building designed by the artist in an inflatable balloon vinyl material landscape. Visitors will be invited to enter this work and thus be part of this imaginary of Oiwa, in a unique integration. In addition to this piece, they will also be exhibited three screens of paulistano: The Dream of the Sleeping World (2009) After Midnight (2010) and Invisible Sea (2010). The worldwide recognition of Oiwa can also be seen by the presence of his works in collections of museums around the world such as the National Museum of Modern Art, Tokyo and Phoenix Museum of Art.

"It is extremely symbolic to host this exhibition at the time of commemoration of 110 years of Japanese immigration in Brazil", says Natasha Barzaghi Geenen, Cultural Director of Japan House São Paulo. During the 1990s, Oiwa lived for 11 years in Japan, where he consolidated the influences of the country of origin of his ancestors. "The fact that the artist emigrated to Japan, that is, do the reverse path of their fathers, perfectly illustrates the strong connection between the two cultures, highlighting the magnificent and centenary exchange between Brazil and Japan", says Natasha.

With individual and collective exhibitions in cities such as London, New York, Paris, Seoul and Tokyo, Oiwa constantly relies on drawings to build his works, something perceptible on their screens.

"I've always liked drawing very much, what I consider the most basic way to express yourself visually. A pencil and a blank sheet, there is no simpler than that means", says the artist.

The show is on display until June 3 and is sponsored by Mitsubishi Electric, Canon, Mayekawa and Bradesco Seguros. 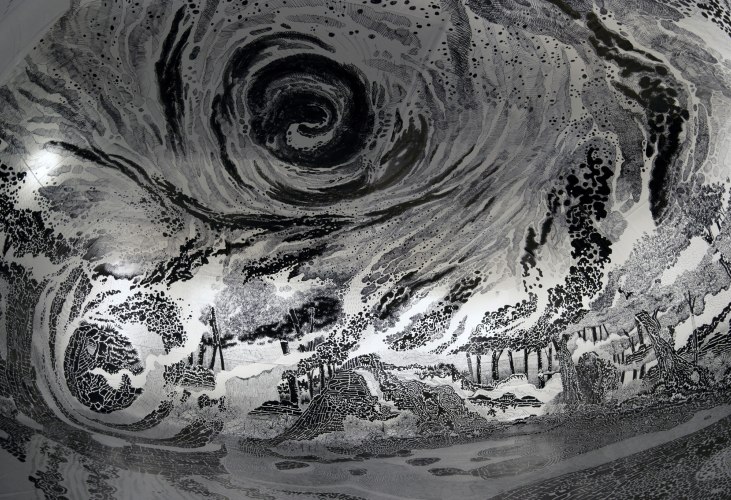 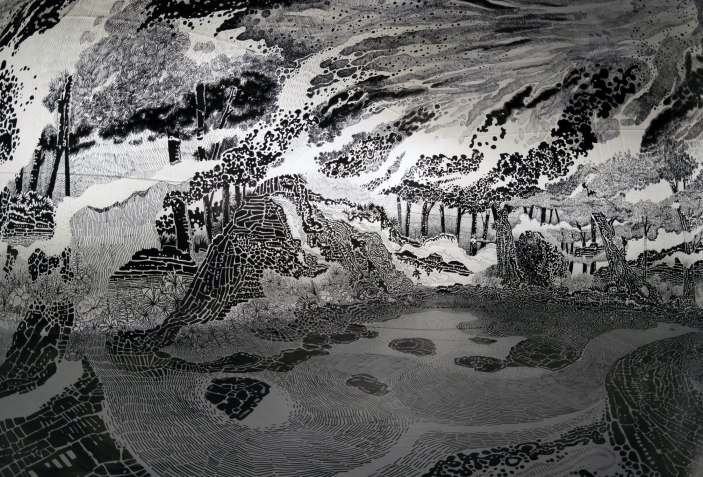 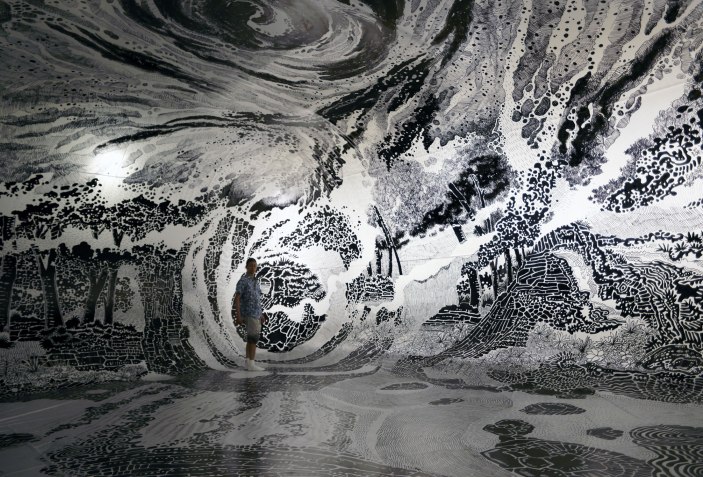 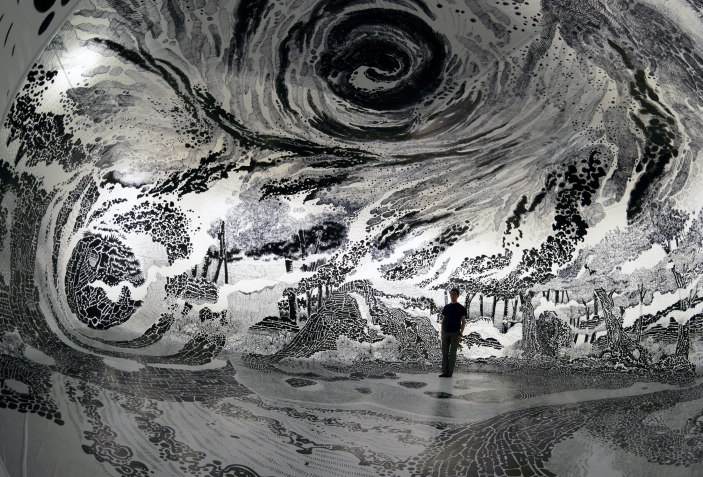 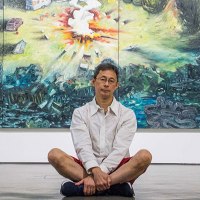 Oscar Oiwa, brazilian painter and son of Japanese immigrants. He received his B.F.A. (1989) from the School of Architecture and Urbanism, São Paulo University. Oiwa was influenced by comic books, art, and magazines throughout his youth, as well as the urban environment of his birthplace. He experienced contemporary art during this time in nearby galleries and became an assistant at the São Paulo Art Biennial. Oiwa held his first solo exhibition while he was still in college and thereafter participated in the 21st São Paulo Art Biennial (1991).

He currently lives and works in New York City, though his artwork has been exhibited worldwide. He has had over 60 solo exhibitions since 1990, including Arizona State University Art Museum, Museum of Contemporary Art Tokyo, Fukushima Prefectural Museum of Art, Takamatsu City Museum and Museu Nacional de Belas Artes in Rio de Janeiro. 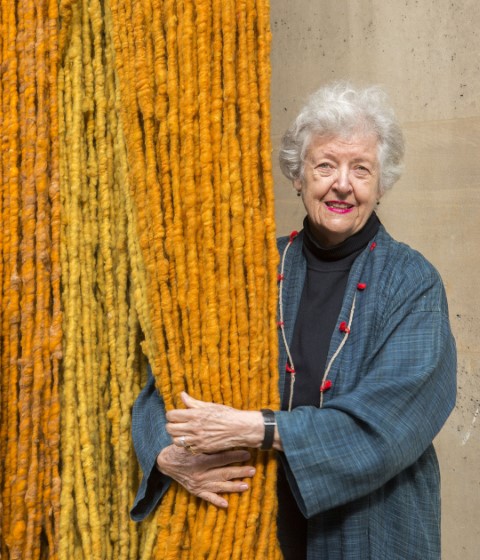 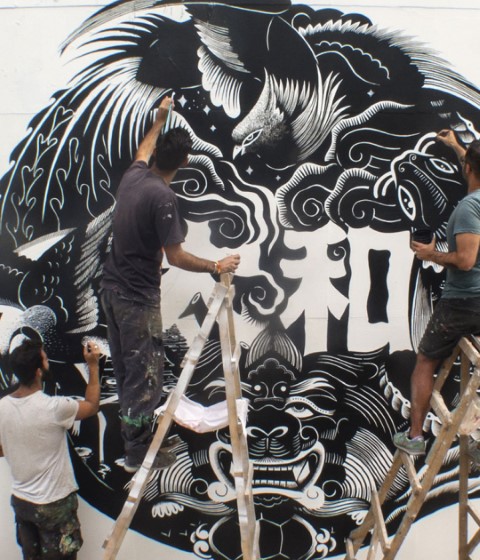 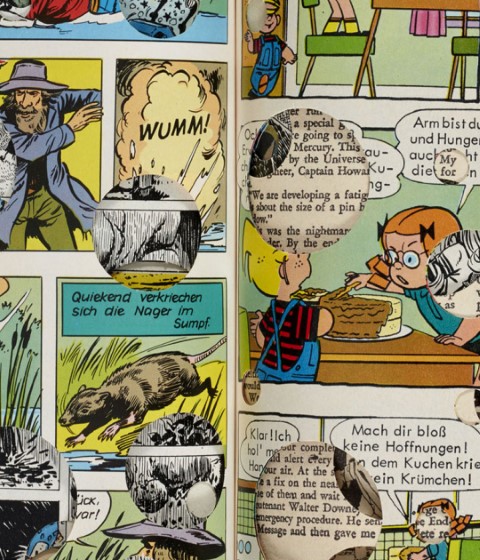 Comics: a new reading, at the Reina Sofía Museum 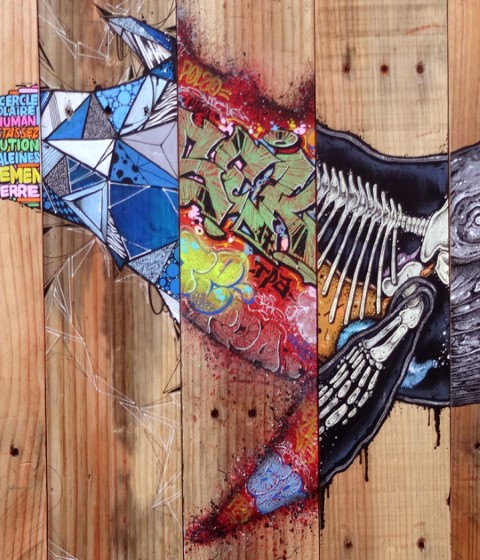 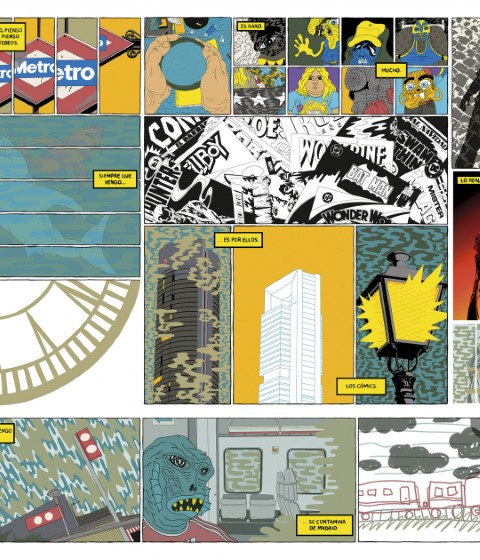