The weekend, a good time to reflect and think about how much we have advanced in recent years and now quickly many rights are disappearing. Today interventions in public space have been socialized and in many cases are a great party. Yet, in the world there is still much to be done. Good In Treatment [> 2] METALOCUS and good weekend. 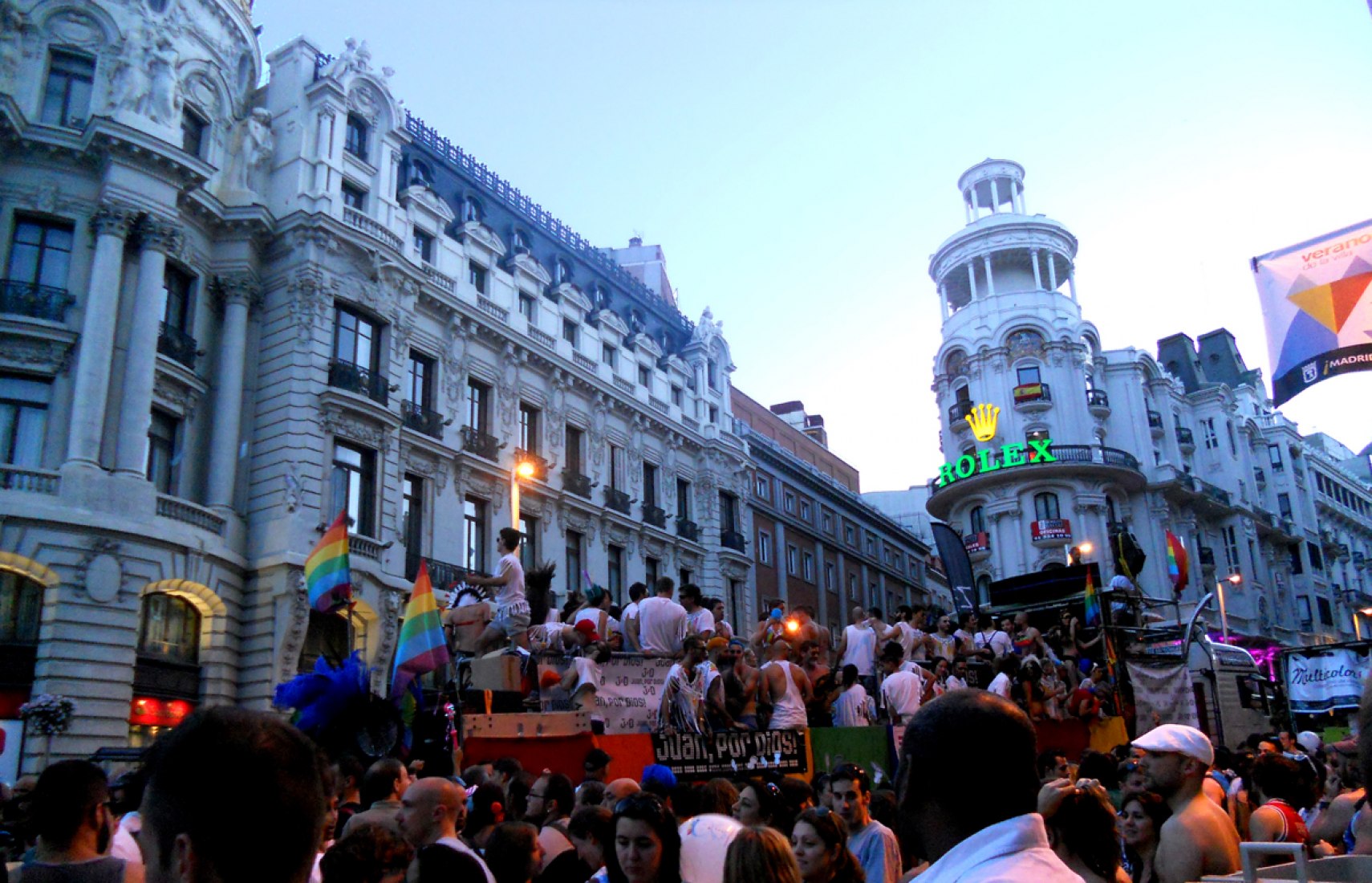 If Madrid is or it is not, scenery of tolerance could be debatable according to different points of view. Nevertheless, it is suggestive how Madrid, as a cosmopolitan city lodges a range of political ideologies, religions, nationalities, sexual tendencies, etc. As a small sample, there are some public events. If we talk about sexuality there is the LGBT community summer feast that annually concludes with the famous and multitudinous "Gay Parade" that is also attended by heterosexual spectators. Specifically talking about gender, we have the "Slutwalk Madrid" (a movement originated in Canada, currently the pioneer country in the field of gender equality (1)) as a public denounce against the social and institutional structures that reproduce and justify the different forms of gender violence. If we talk about religion let’s remember summer 2011 and the great number of enthusiastic pilgrims of different nationalities that came to the "Jornada Mundial de la Juventud" whose official ceremony took place in the Almudena Cathedral attended exclusively by a masculine audience. 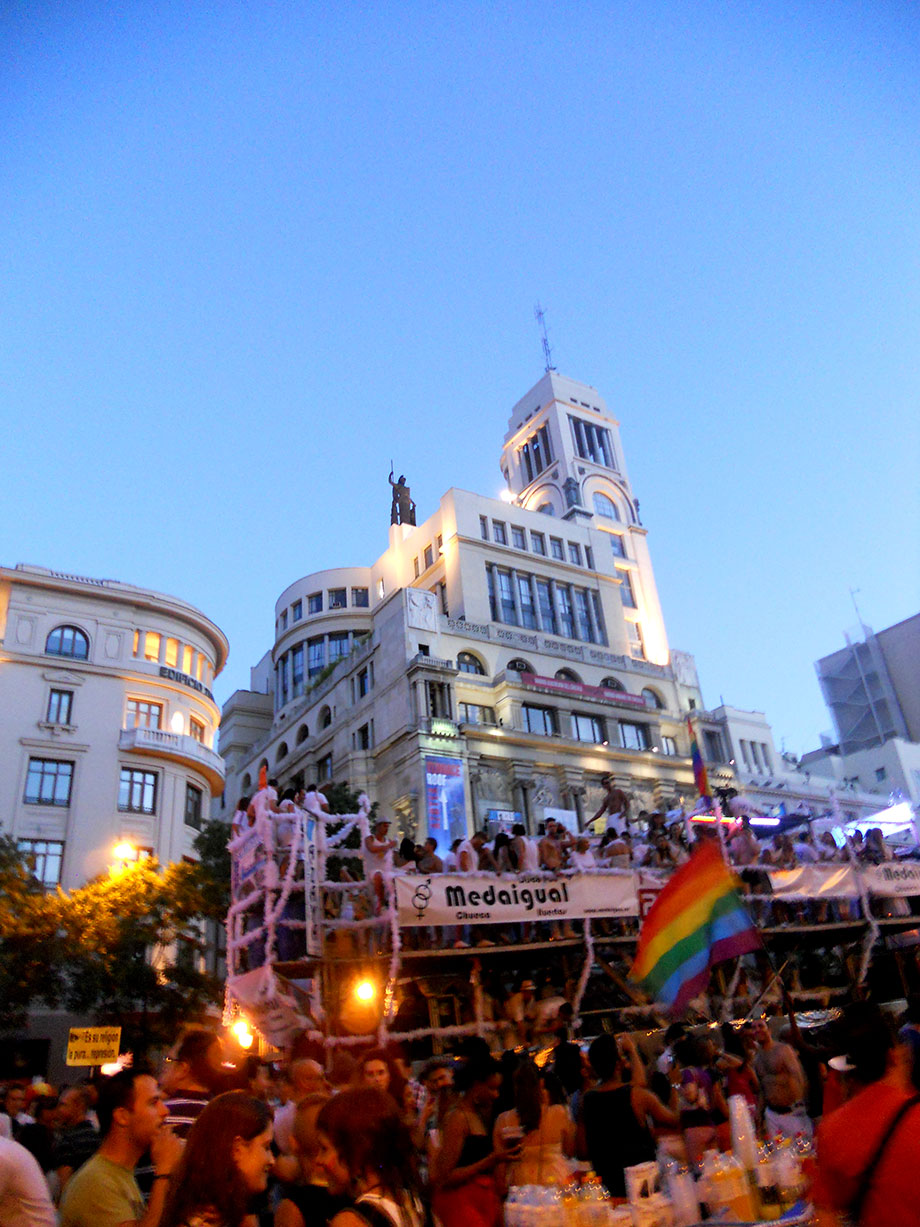 It is especially interesting how this series of mass events are possible in Madrid streets while parallel to each movement emerge pacific opposition groups, even though some specific institutions show signs of discrimination through "simple" spatial restrictions. There is a close relationship between sexuality and space hidden in daily practices, says Beatriz Colomina in "Sexuality and Space". Most of them pretend not to have anything to do neither with space nor with sexuality. The permissiveness of occupation or not of a space is a way of recognition or acceptance of a certain type of identity. To be admitted in a place is to be represented, because space, after all, is a form of representation (2). Addressing the relation between architecture and gender or sexuality is still a taboo in the 21st century. Therefore, it could be perceived by the most orthodox as an attempt of invasion in what has been until now the (architectonic and urban) culture, just in the way various rebellions or movements are doing around the world in a struggle for freedom or social justice. 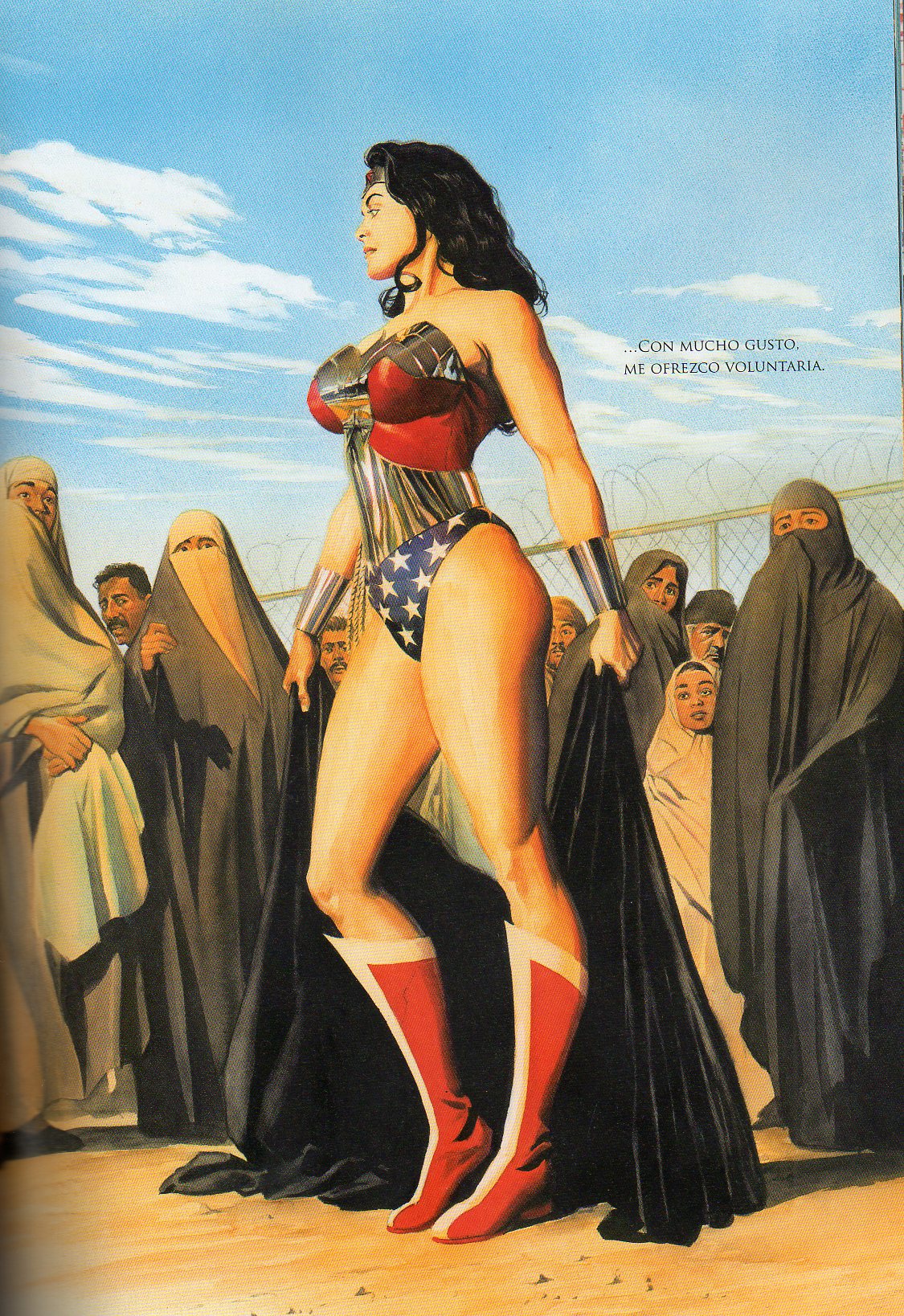 The recent heartbreaking case that shocked the masses in India and the entire world is the one of the 23 year old woman who was raped in a bus and died a few days later. Sexuality, religion and public space have a disturbing relationship here, in a country of radicalisms, whose perception of the streets is diametrically far away from the perception a woman may have on the streets of a city like Madrid. When the feeling of tolerance and respect are a fairly widespread act in transportation and public space, and when that assessment is part of daily life, we assume it as natural, taking as anecdotal that beyond certain European areas and little more, we won’t find that every weekend night women can move around the city free and safe while they walk or take the public transport, as the Spanish singer J. Sabina says, "with the head held high and the very short skirt" without causing disapproving looks or acts, controversy, or worse, violence. 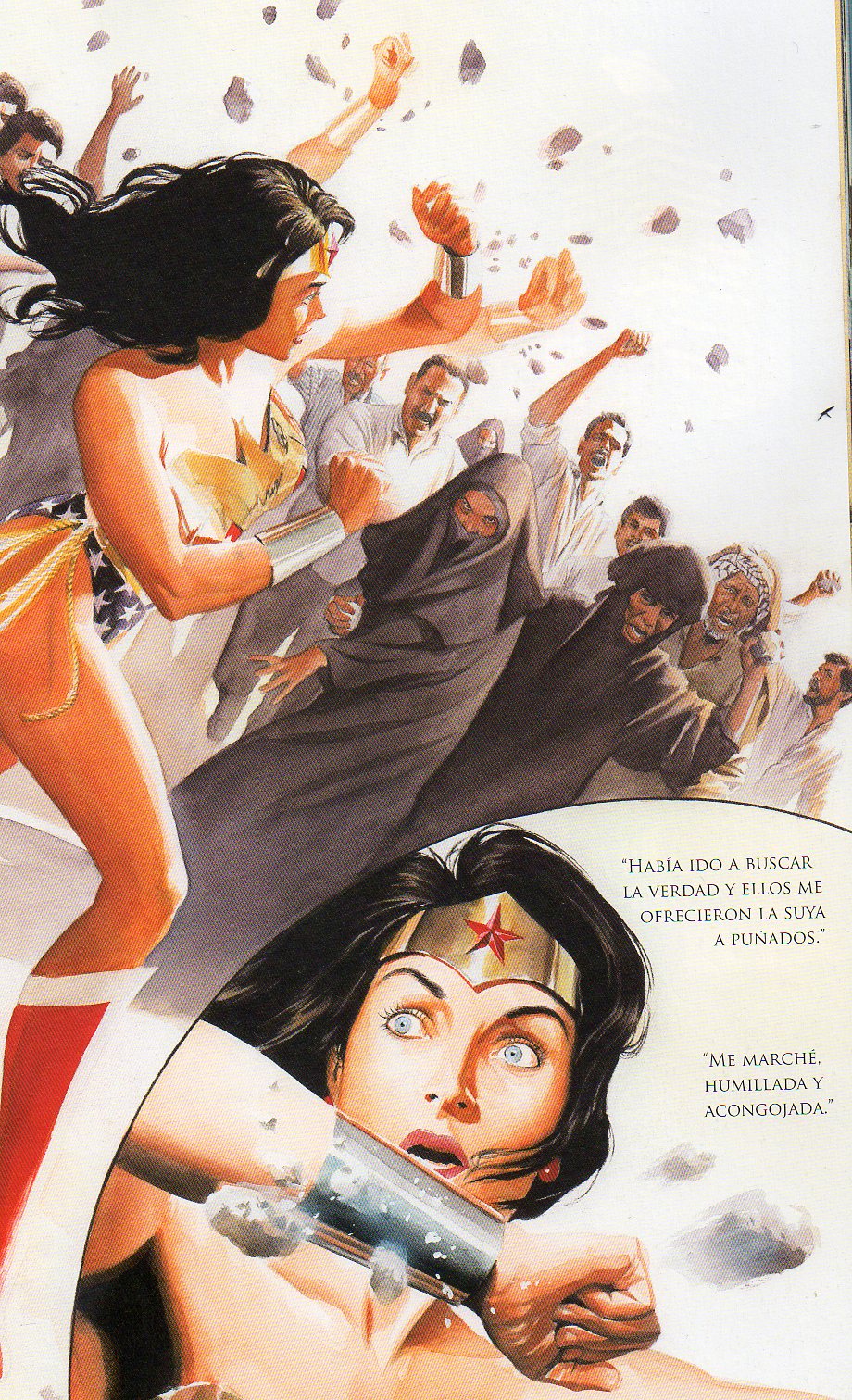 Although this topic should be taken with tweezers I would like to illustrate it through a comic book that came some time ago to my hands. Now I bring it up because it is opportune and instructive to show some contrasts and realities through a pair of images. The extraordinary realism of Alex Ross’ graphics and the sensitive and contemporary Paul Dini’s texts, placed Wonder Woman on the daunting task of modifying the underdog role and degrading position of women in some cultures. However, the comic introduced into his text the dye of failure. Wonder Woman, who belongs to a league of omnipotent actors, is stoned by the same women she wanted to help, for being considered "lewd" due to her scantily clad (3). These "super heroic" tasks may well be used as a symbolism portraying actors in those cases, whose activism is done largely through actions in public space, which has had and will continue to have an overriding role in the struggles to paradigm shifts. However, will these rebellions achieve structural changes to "put an end once and for all" with intolerant spaces justified by exclusionary or oppressive cultural or religious traditions?

Is it possible to build non-sexist neighborhoods and design non-sexist cities? Dolores Hayden inquires in her study of the speculation in housing, urban design and human work (4), giving strategies that move between everyday life spaces and public responsibilities. Such issues are barely addressed in architecture circles, except from specific investigations that have not yet widespread dissemination. Given the nature of our profession, it should be noted that the construction of the city and its spaces of tolerance should not be established in strict terms of materiality, but in terms of the (necessarily interdisciplinary) conformation a philosophical apparatus involving the physical, economic, environmental, labor systems and social services, in summary, a conglomeration of policies capable of generating multifaceted and interrelated spaces that respect diversity, needs and individual freedoms of the most vulnerable groups. 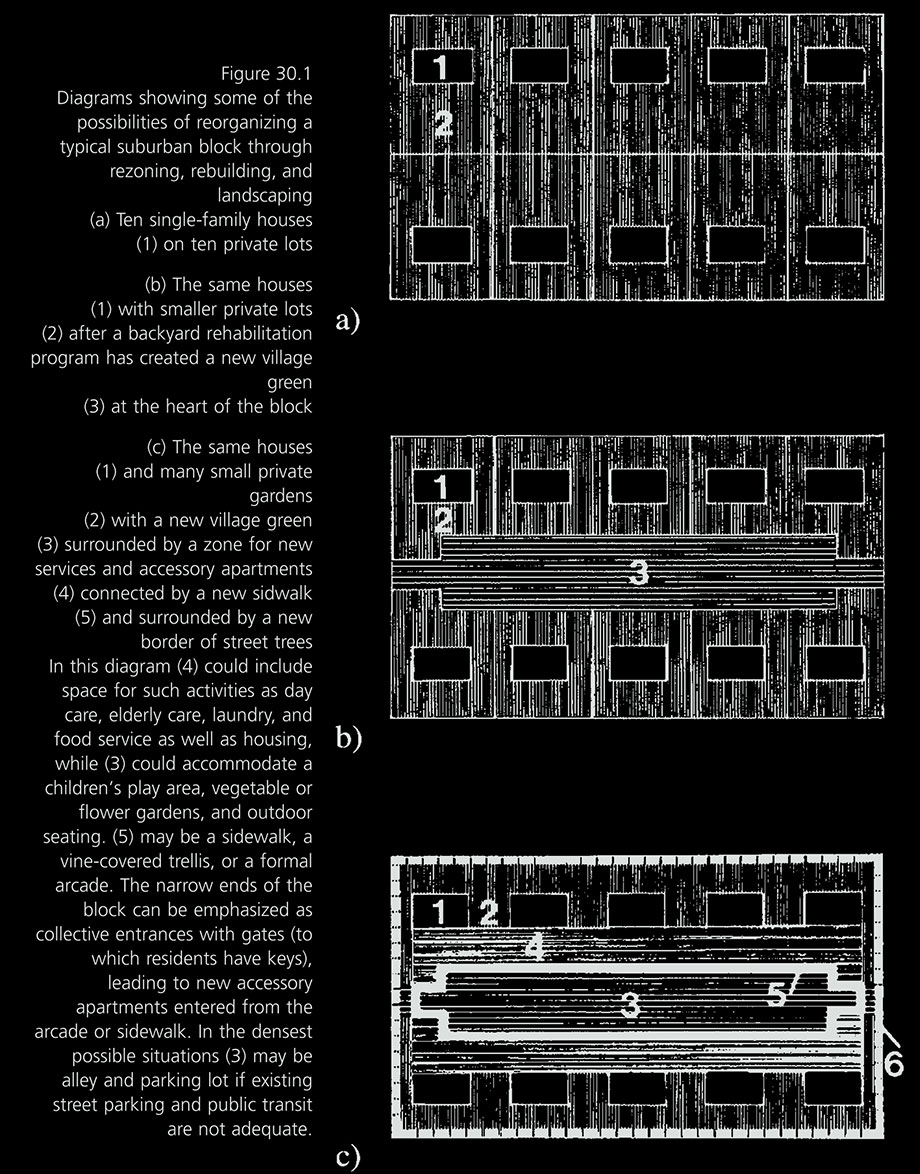 Project of refurbishment of 10 houses, to make it a community project for a neighborhood “non-sexist”. Source: “What Would a Non-sexist City Be Like? Speculations on Housing, Urban Design and Human Work”.