First builing, part of a museum complex designed by Bernard Tschumi Architects, a new interpretive center on the site of the historic Battle of Alésia will open in a formal ceremony on March 23, 2012. Located in Burgundy, France, the building marks the position of the Roman army, under Julius Caesar, and its encampment surrounding the Gauls under Vercingetorix in 52 B.C. The building will be open to the public starting on March 26th. 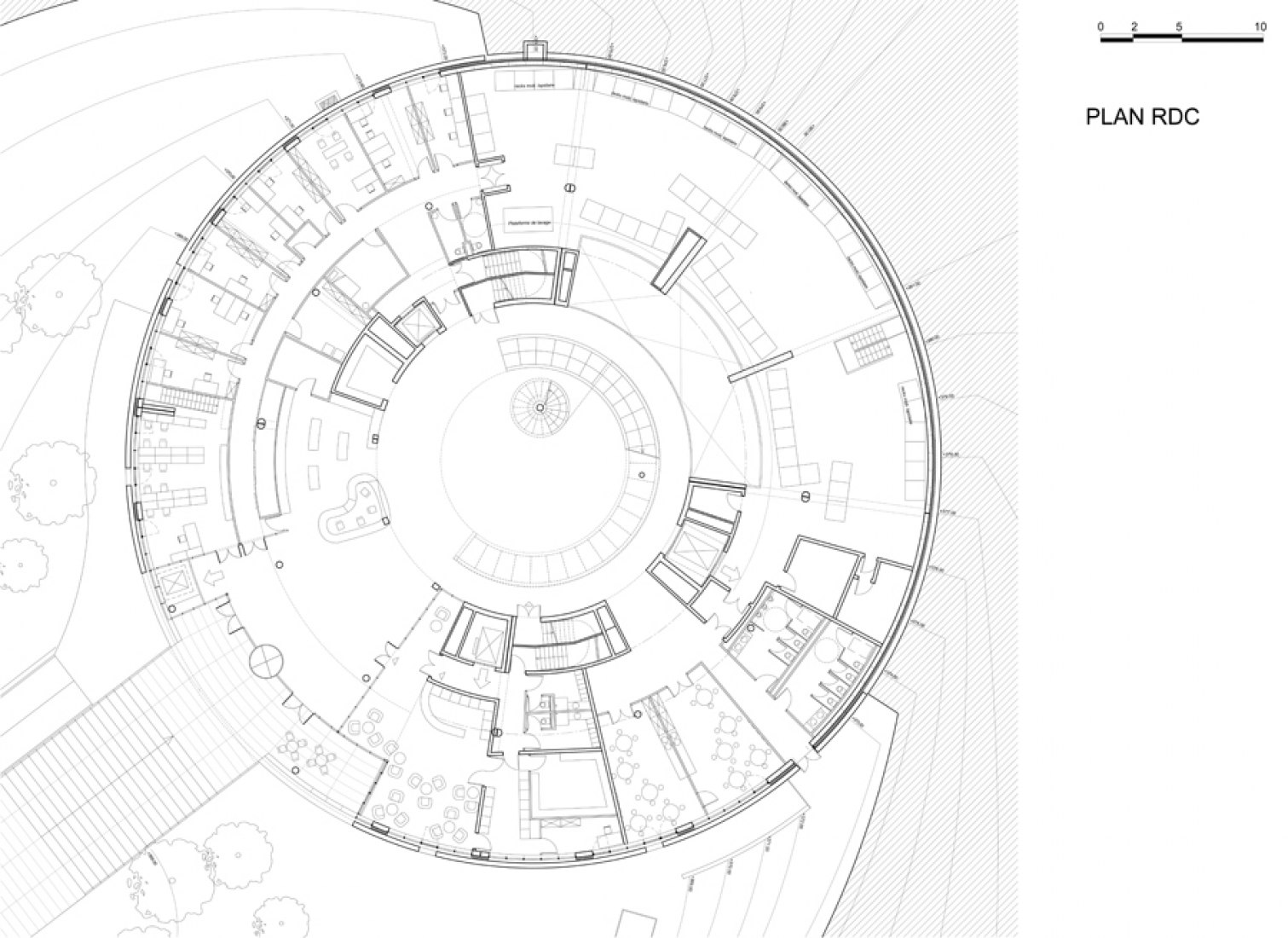 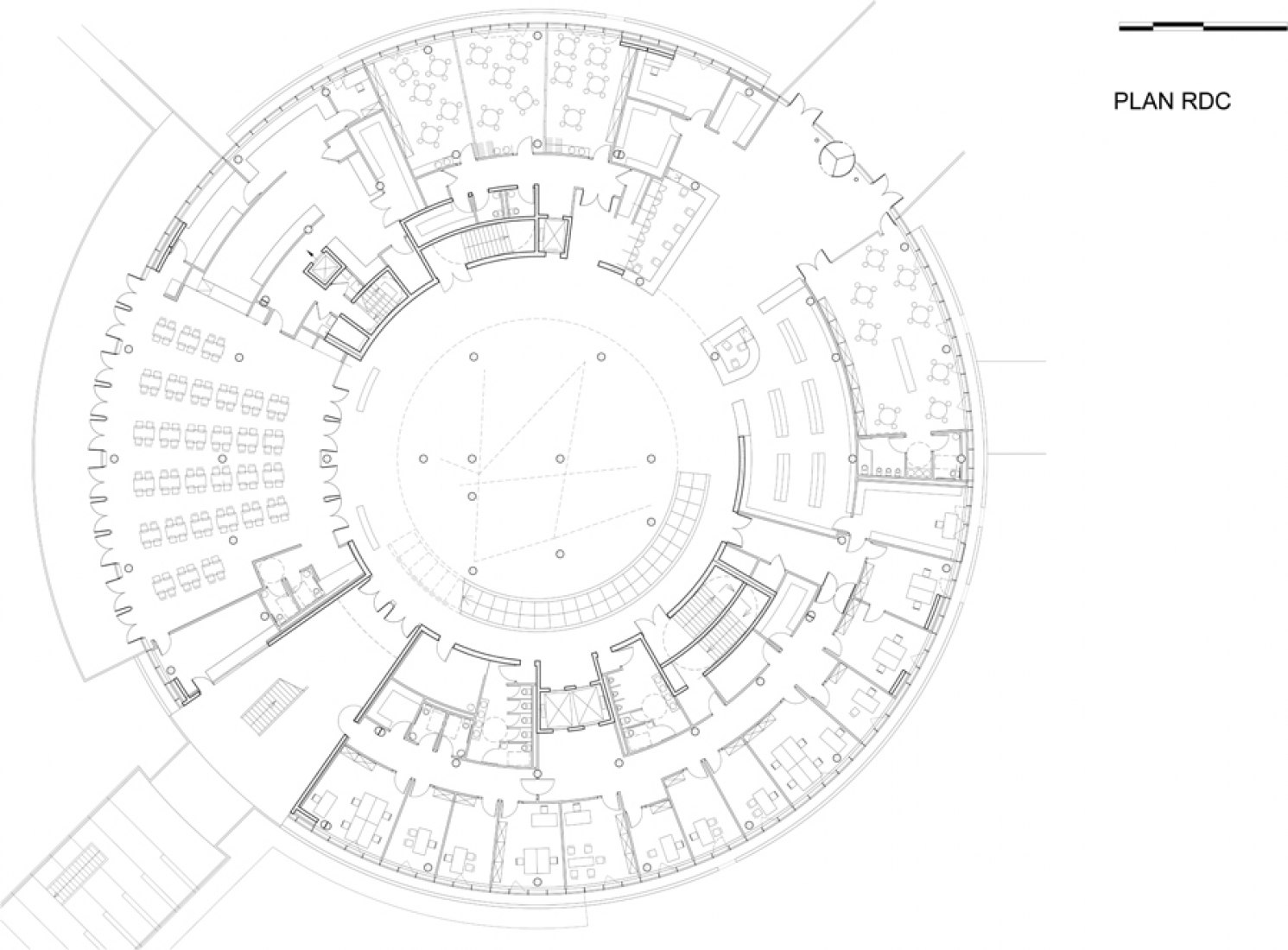 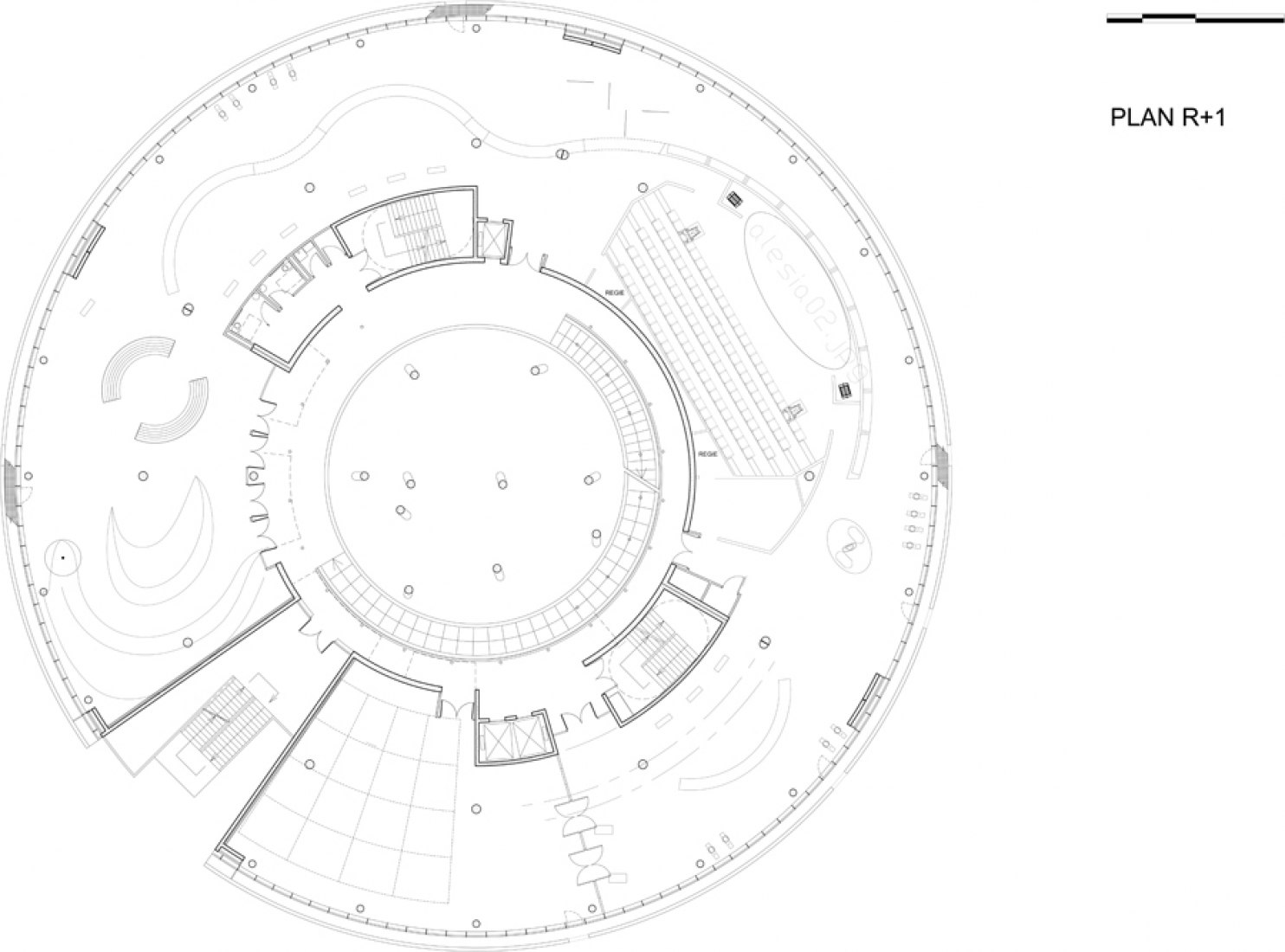 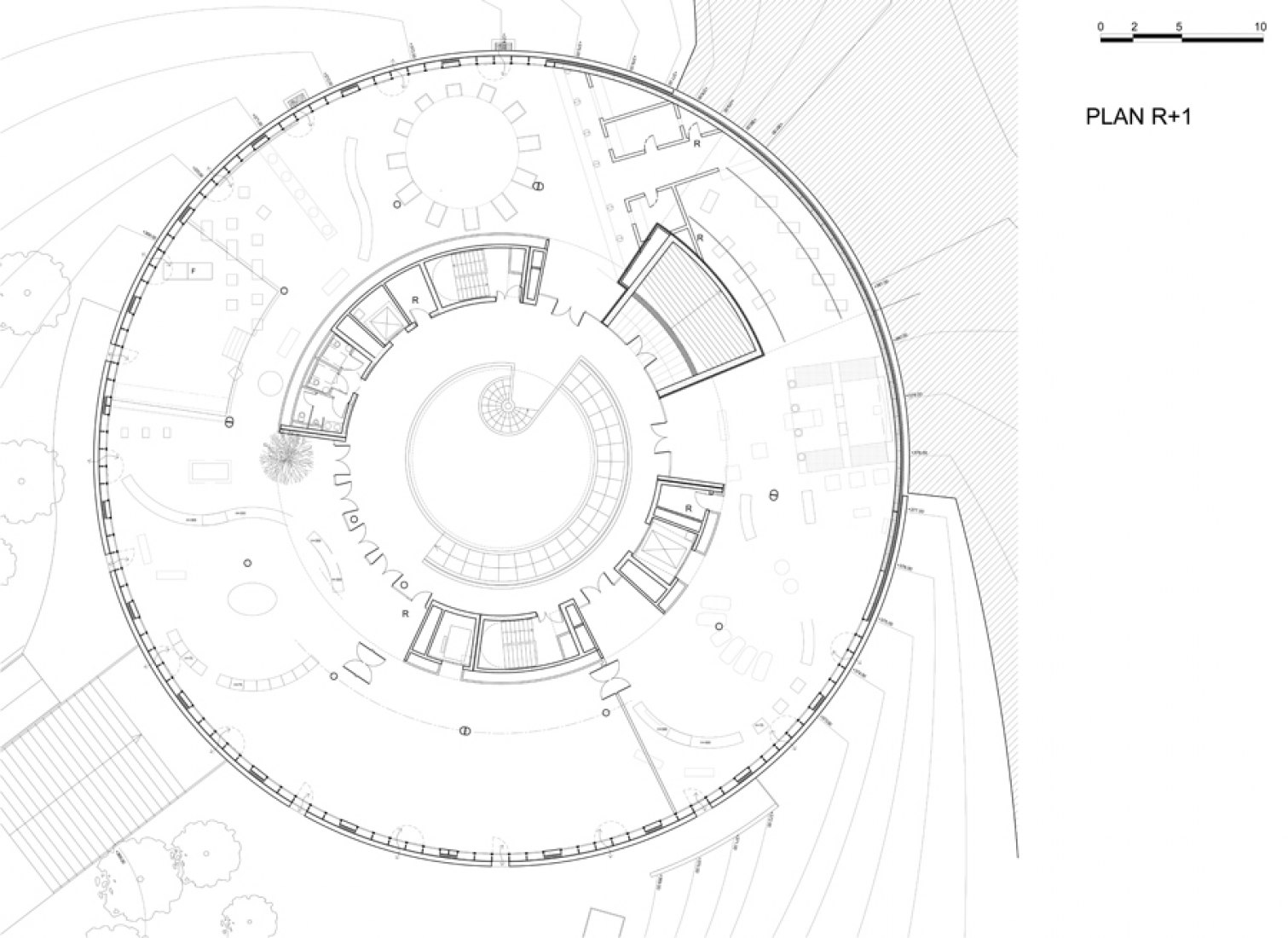 Cross section in relationship with access. © by Bernard Tschumi Architects. 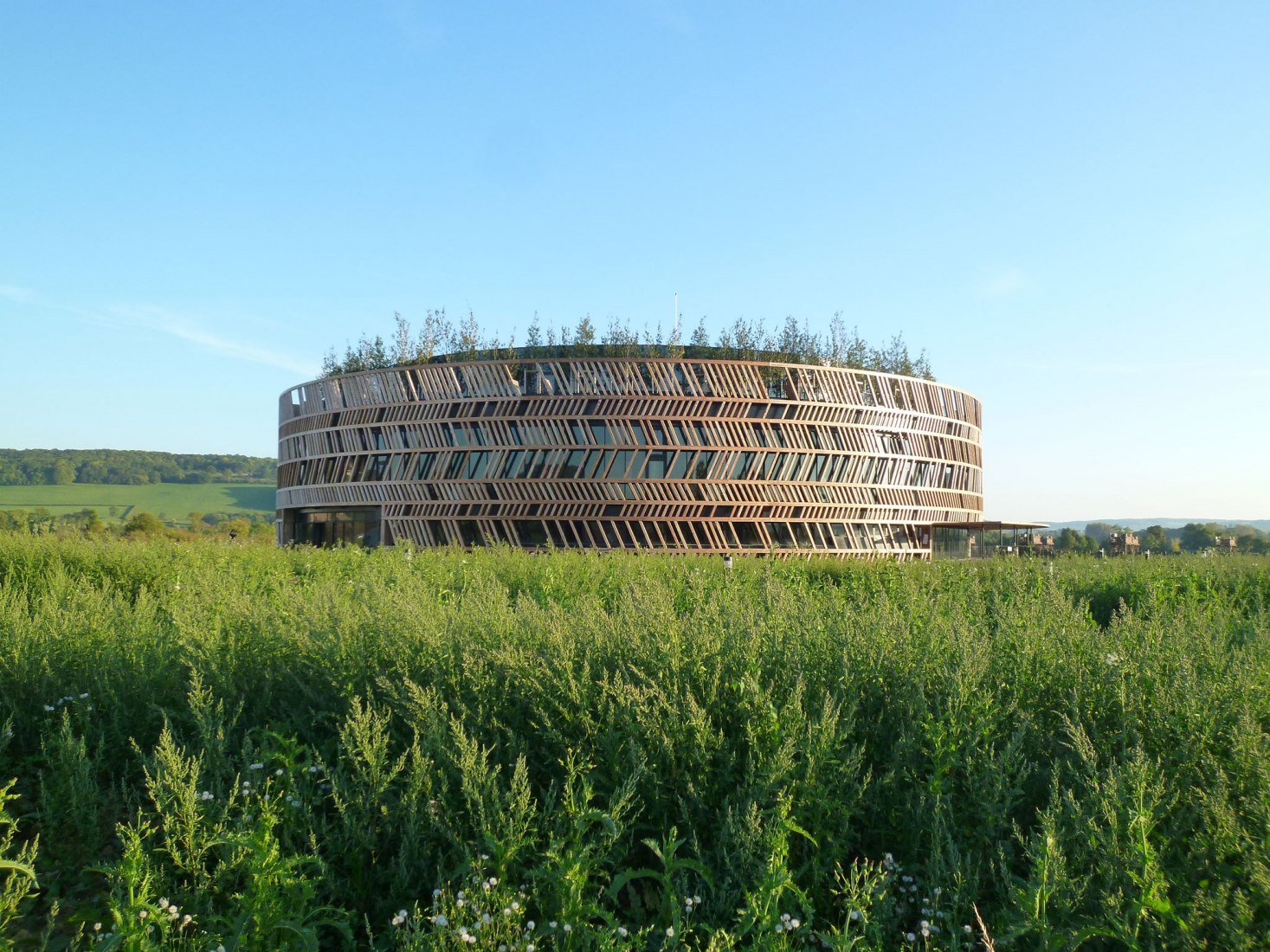 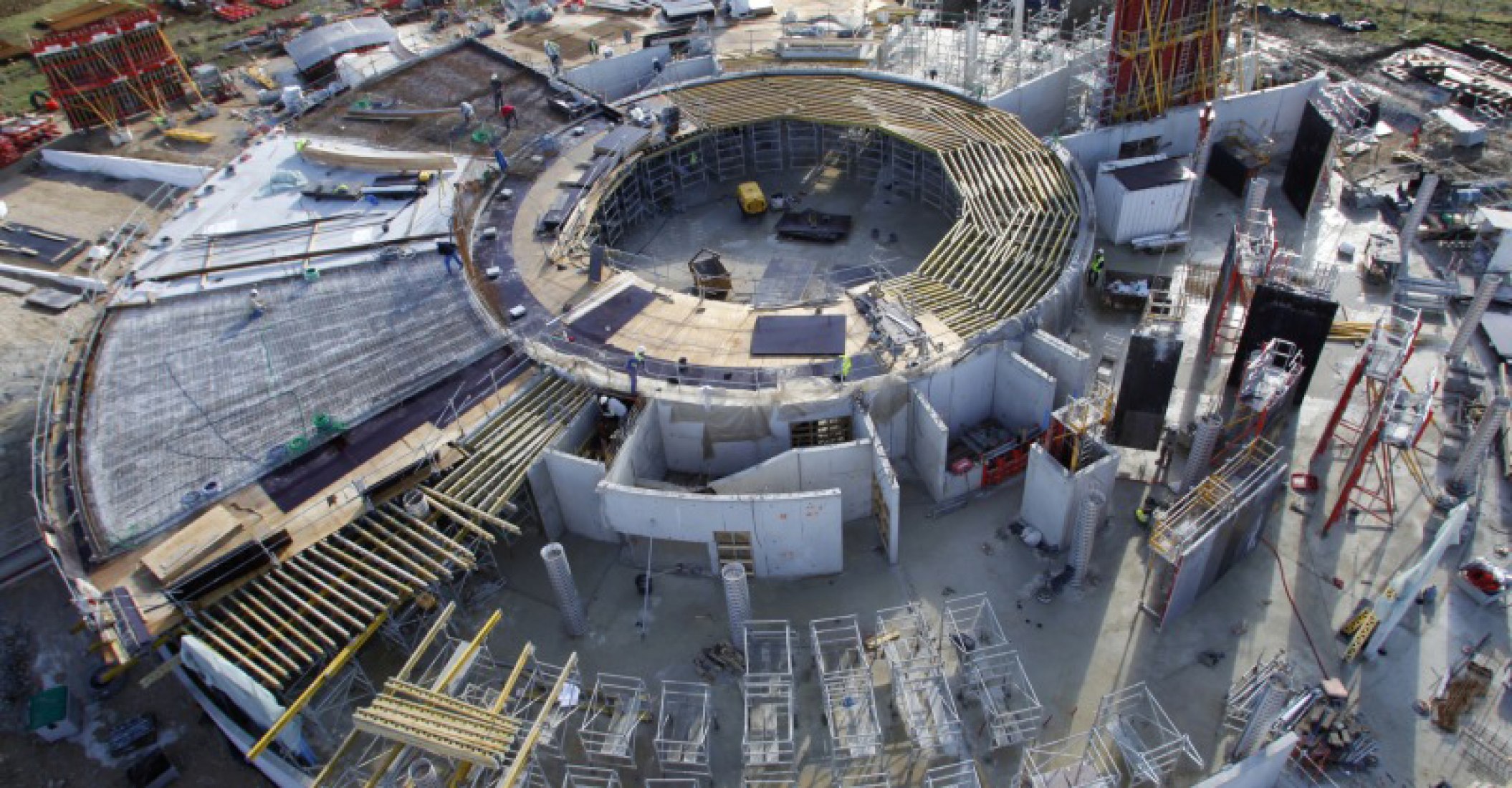 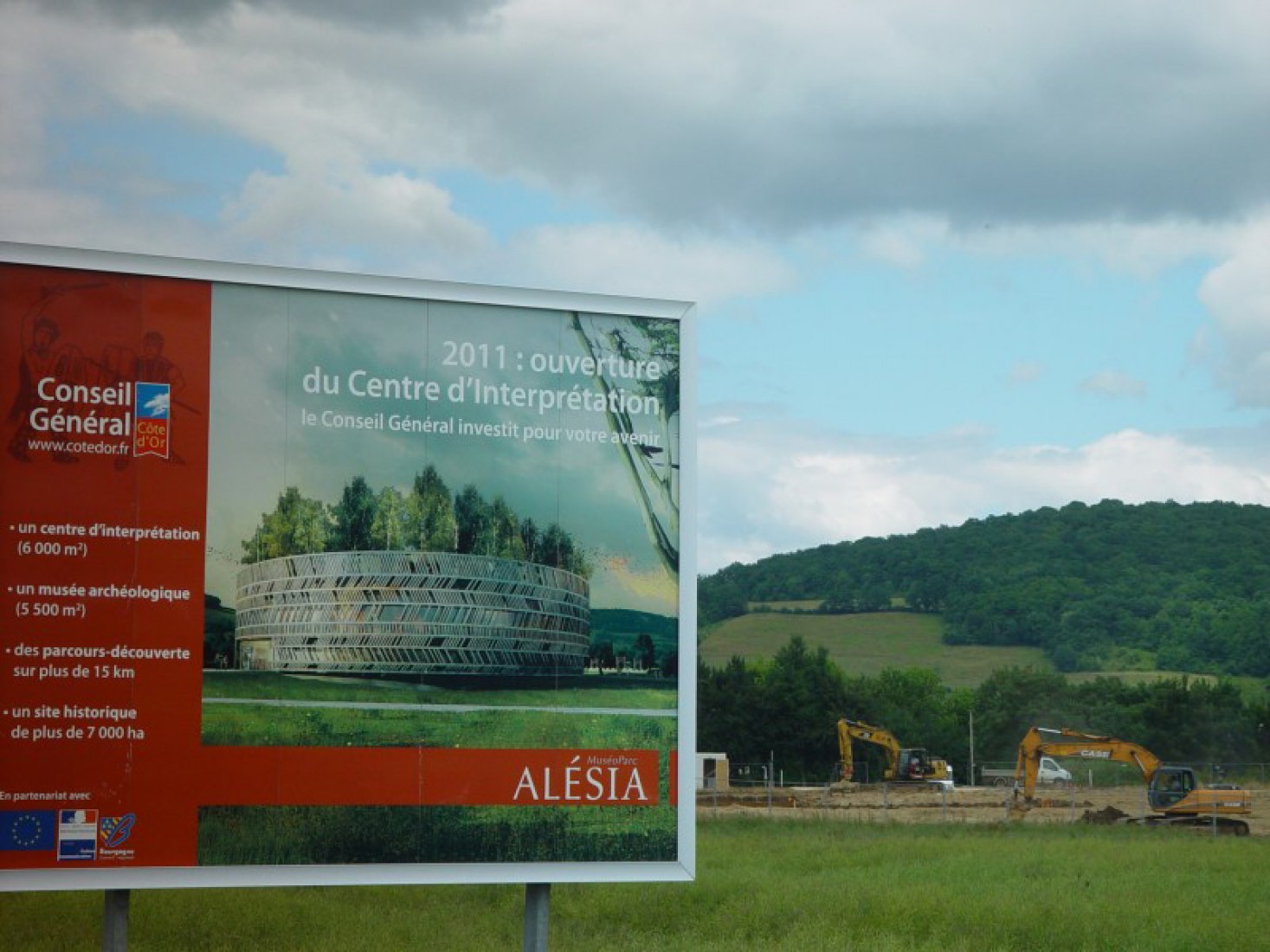 Tschumi’s design features a cylindrical building with an exterior envelope made of wood, a material that references the Roman fortifications of the era, some of which are reconstructed in an area a short walk from the building.  The roof of the building is planted with low shrubs and trees, so as to minimize the visual impact of the building when seen from the hill above (the historical position of the Gauls).  The materiality and sustainable elements of the building are meant to make visitors aware of the surrounding landscape, which appears much as it would have 2000 years ago.  A second building on the hill will mark the location of the Gauls, and has a similar geometry but is clad in stone, evoking its trenched position.

The interpretive center will contain exhibits and interactive displays that contextualize the events of the Battle of Alésia and its aftermath.  The displays are intended to reach a broader audience than a museum, with a range of media and programs for all ages. 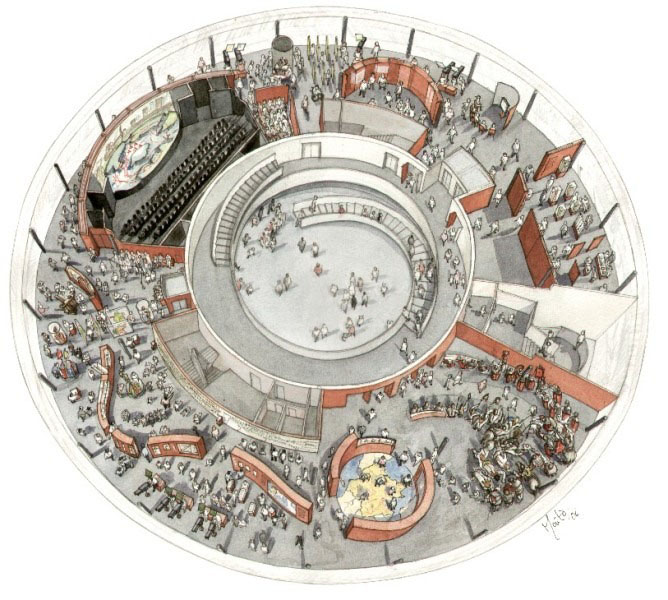 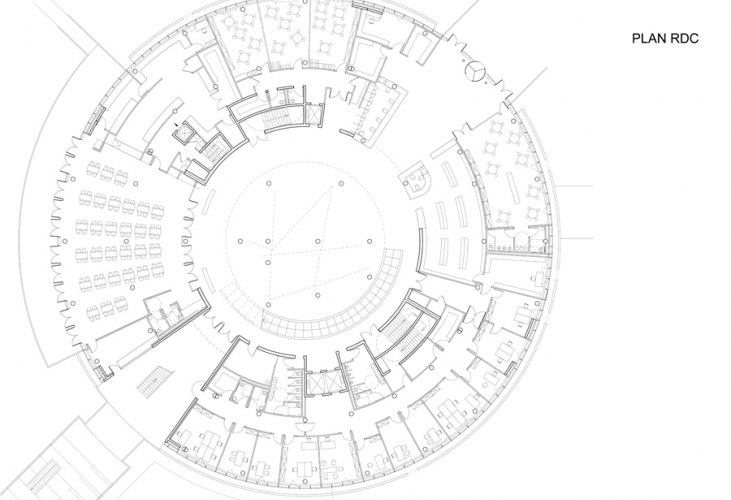 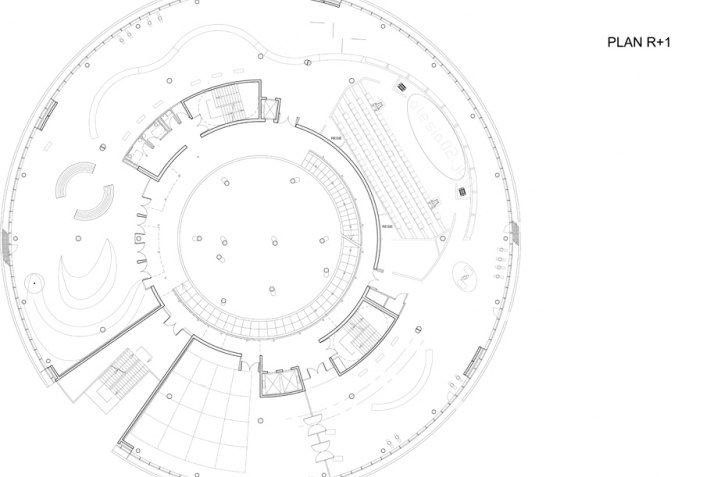 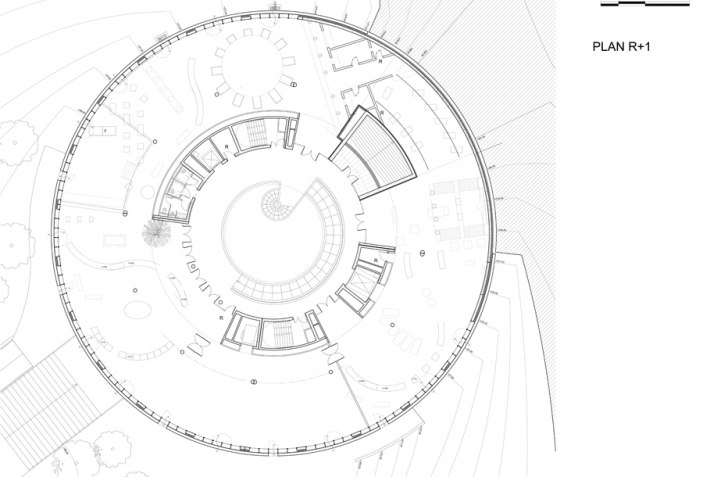 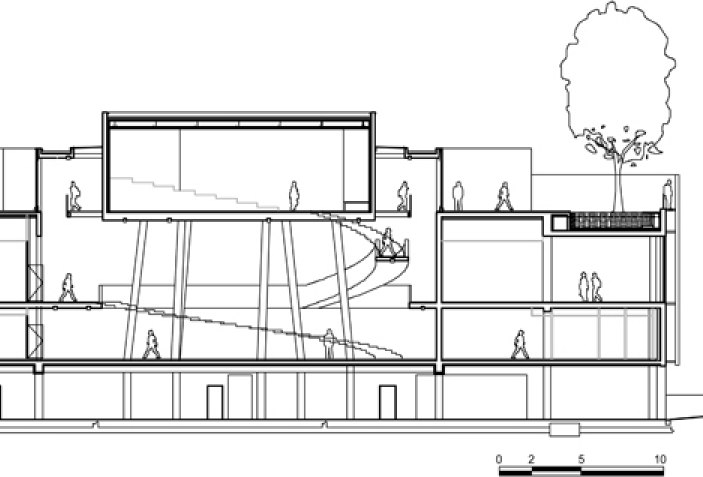 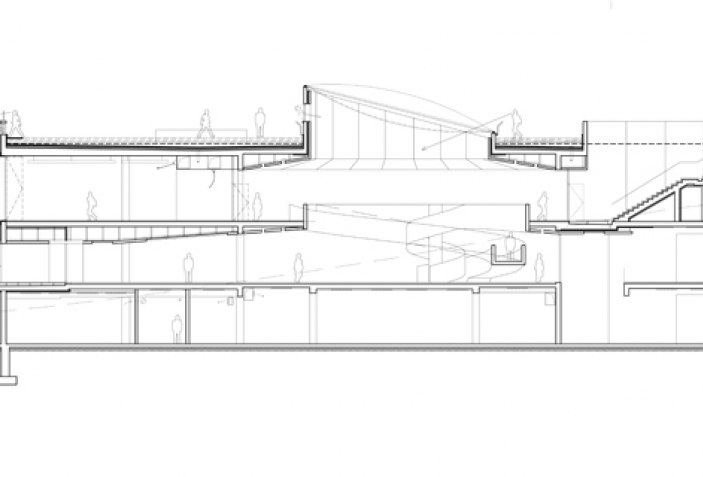 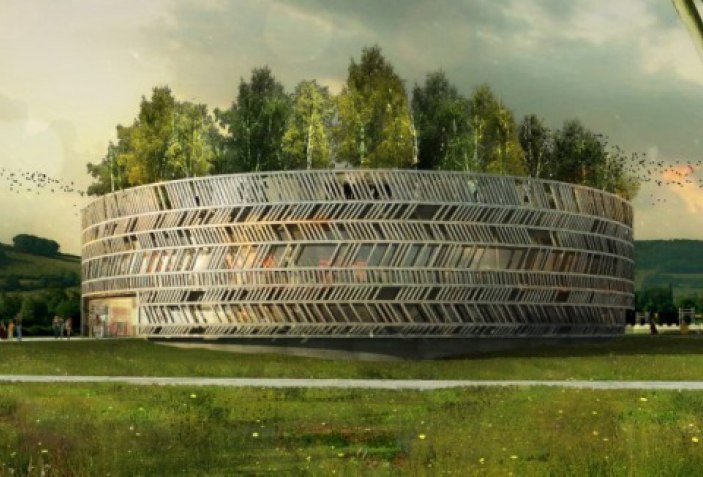 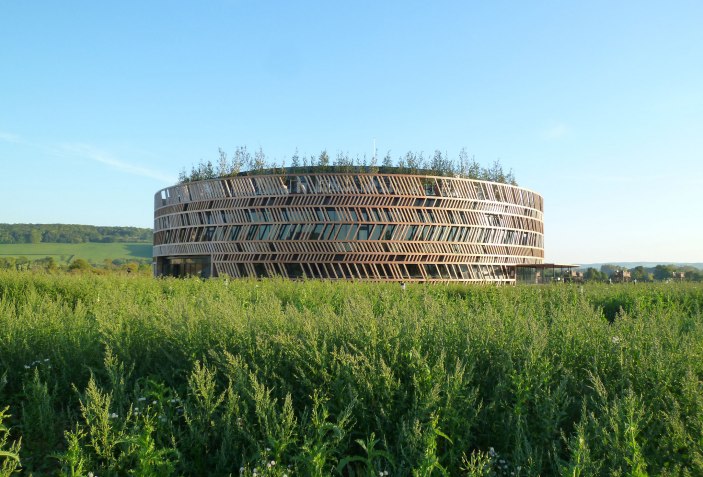 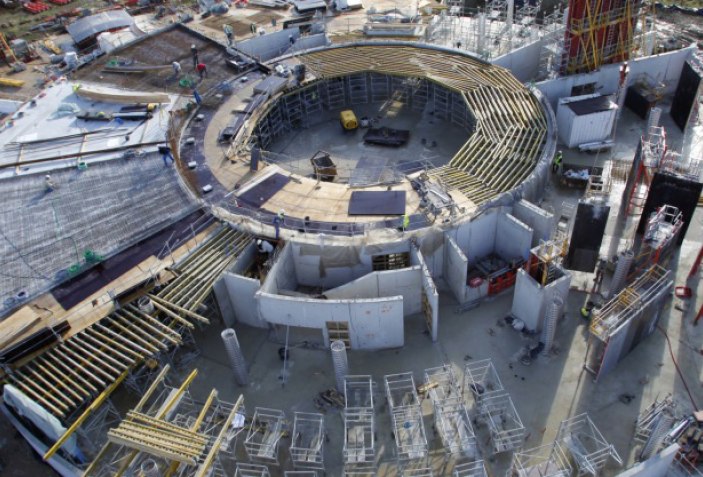 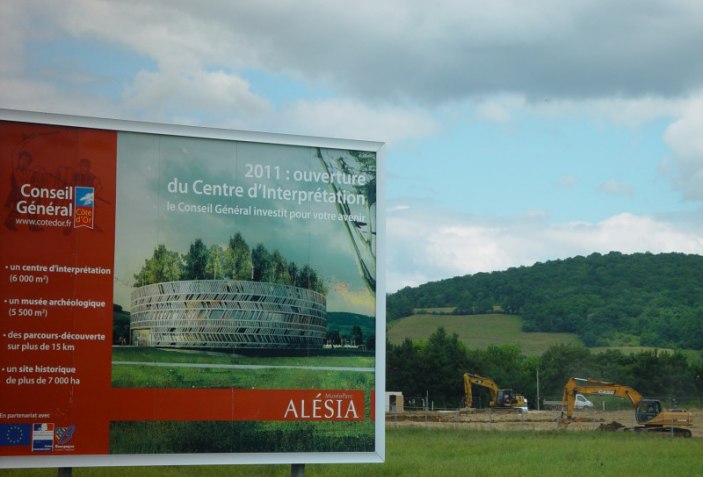 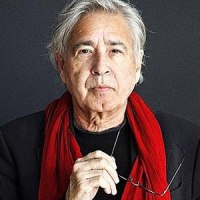 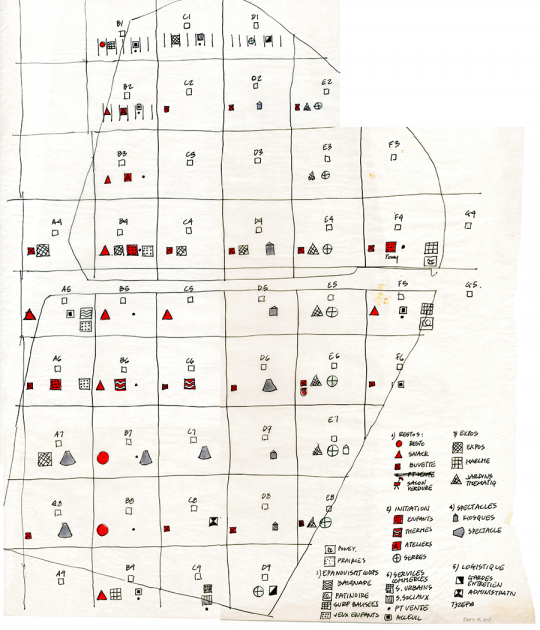 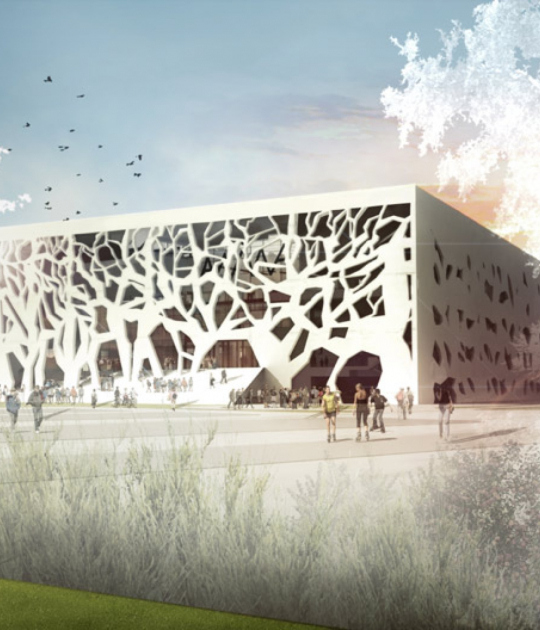 ANIMA. The first project by Bernard Tschumi in Italy 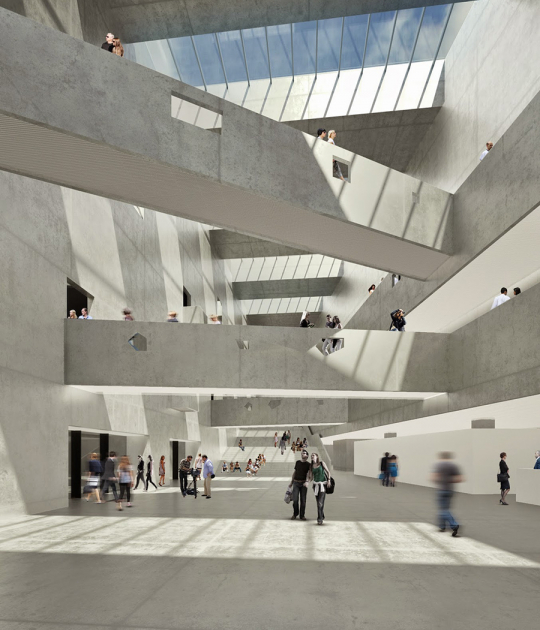 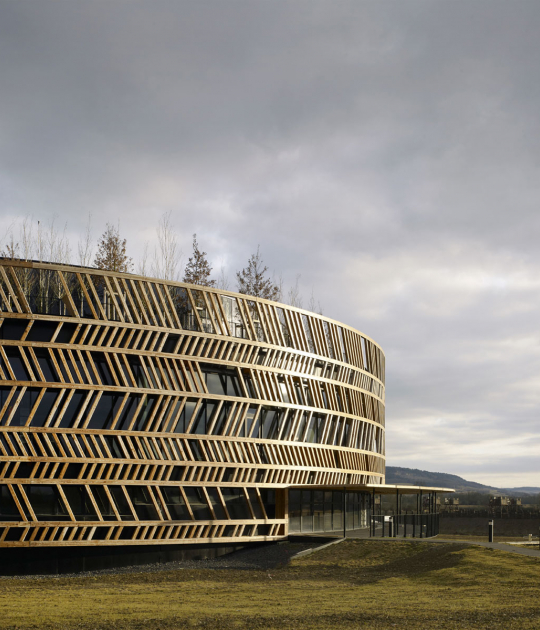 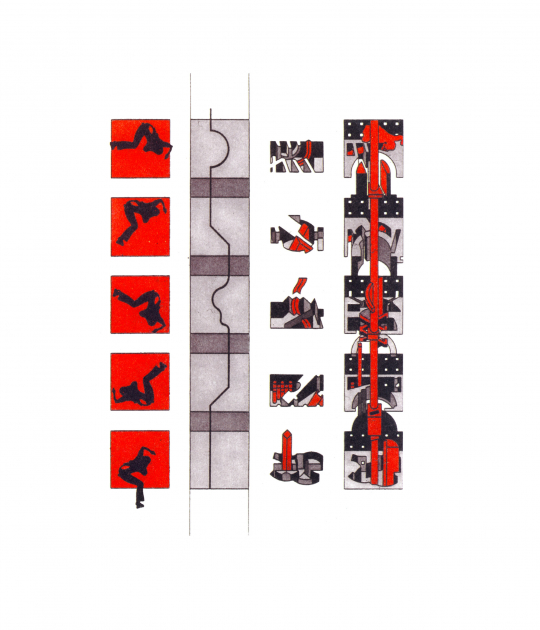