The Danish architecture studio Cobe, founded and directed by Dan Stubbergaard, has been proclaimed the winner of the prestigious international competition to design the new Library of the University of Gothenburg, the second-largest city in Sweden.

The new library is situated between Gothenburg city center and the university area of ​​Näckrosen, and it aims to establish itself as a new meeting place where knowledge can flourish. Inside it will concentrate the existing libraries of humanities, arts, music, and theater, as well as university archives and digital services. 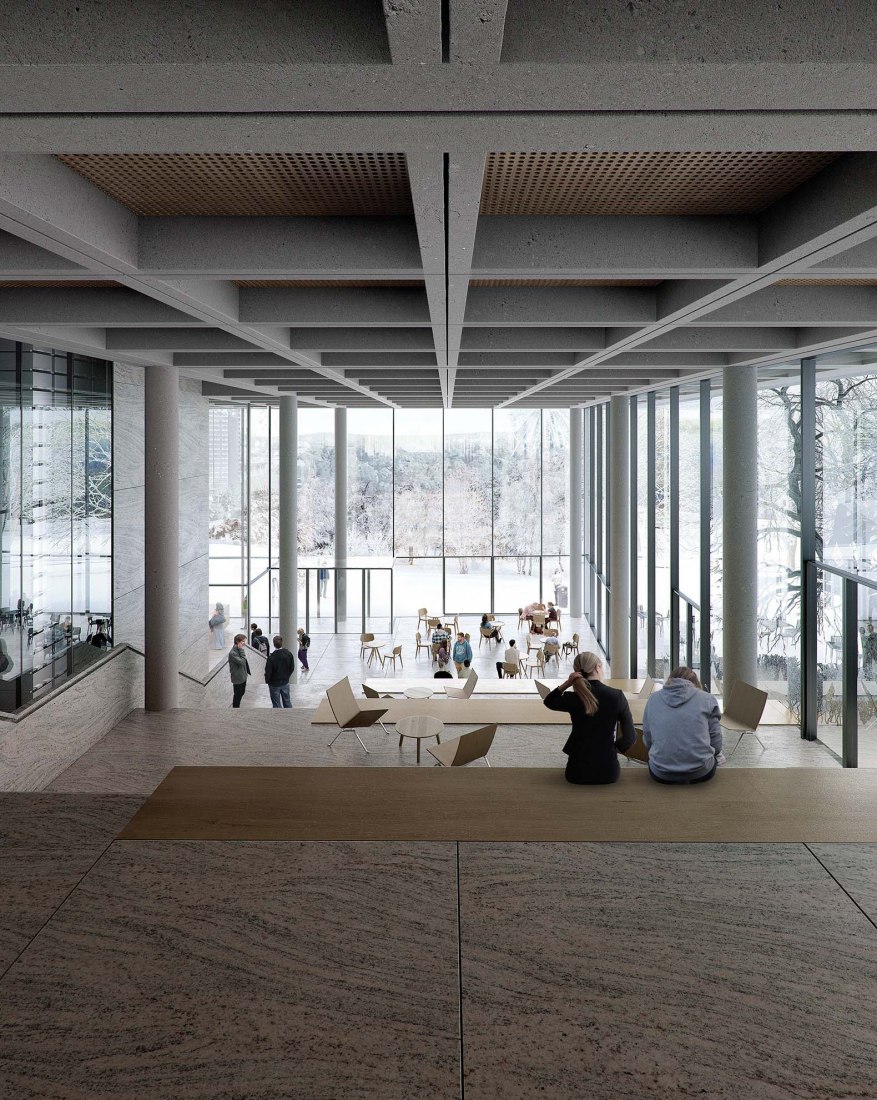 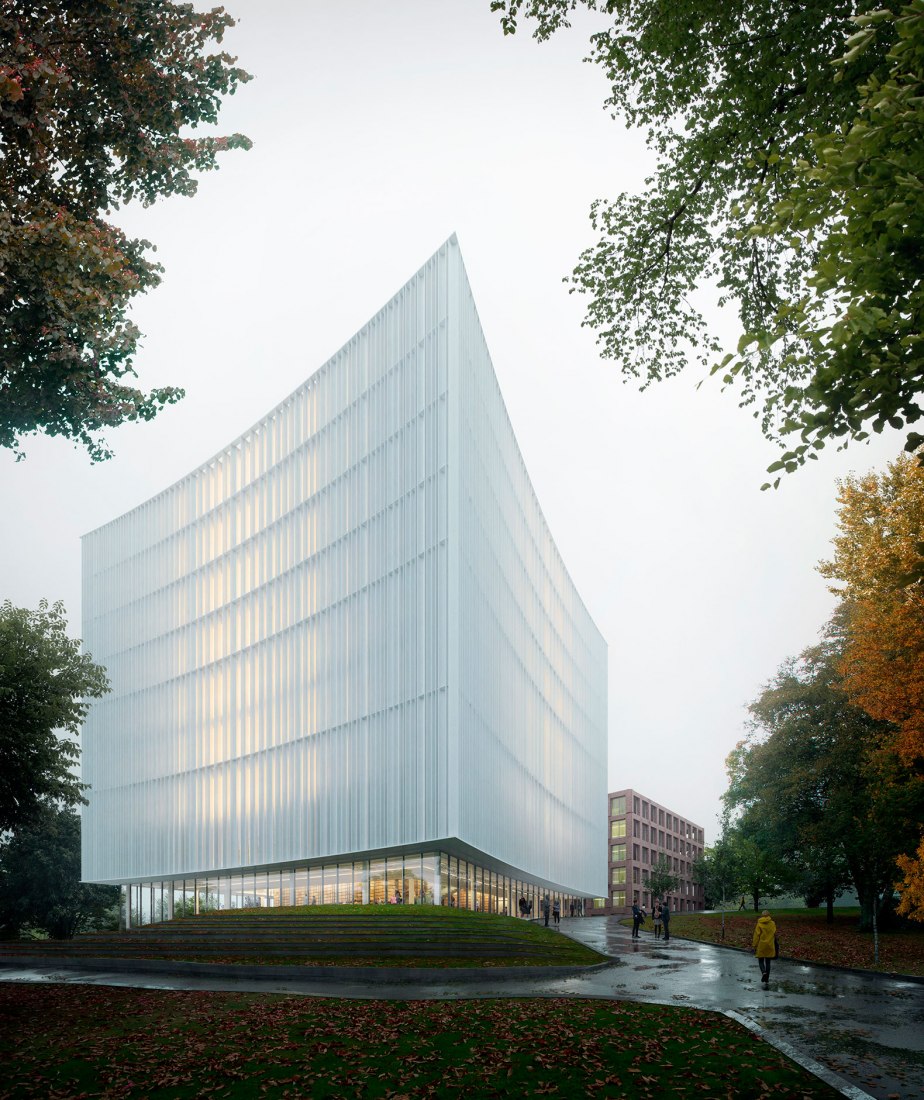 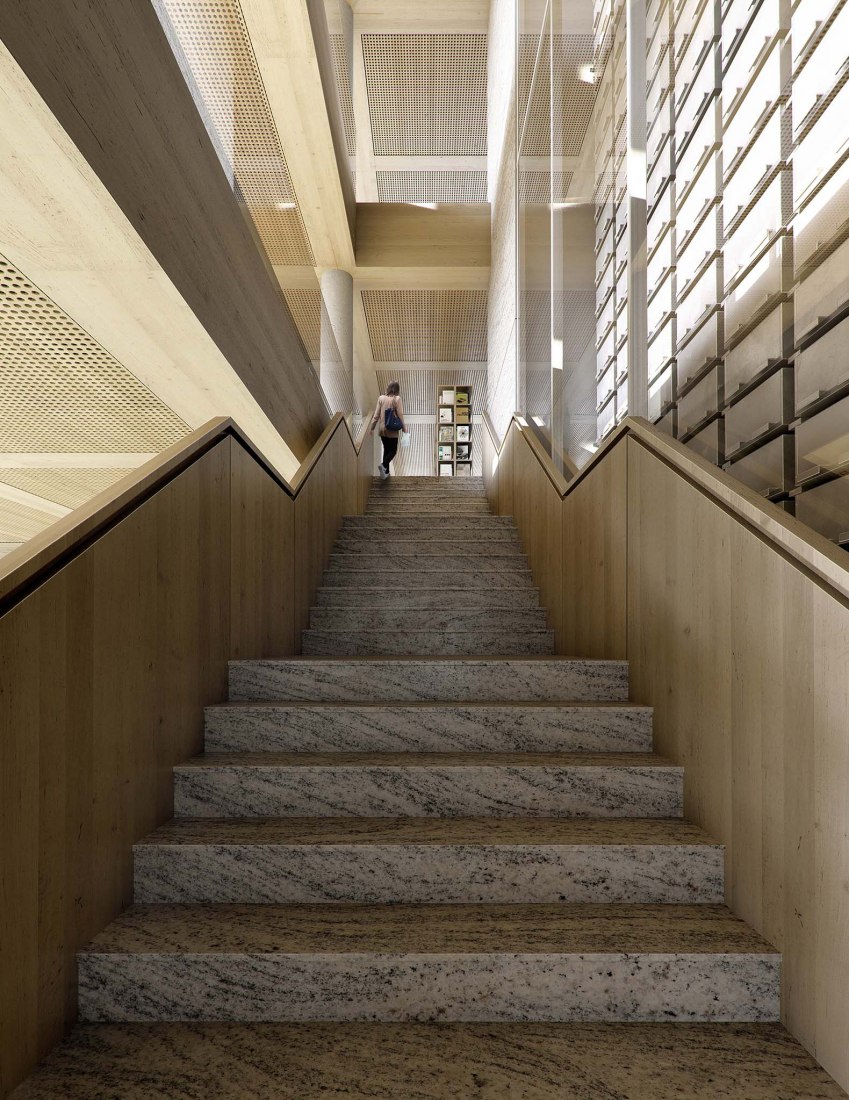 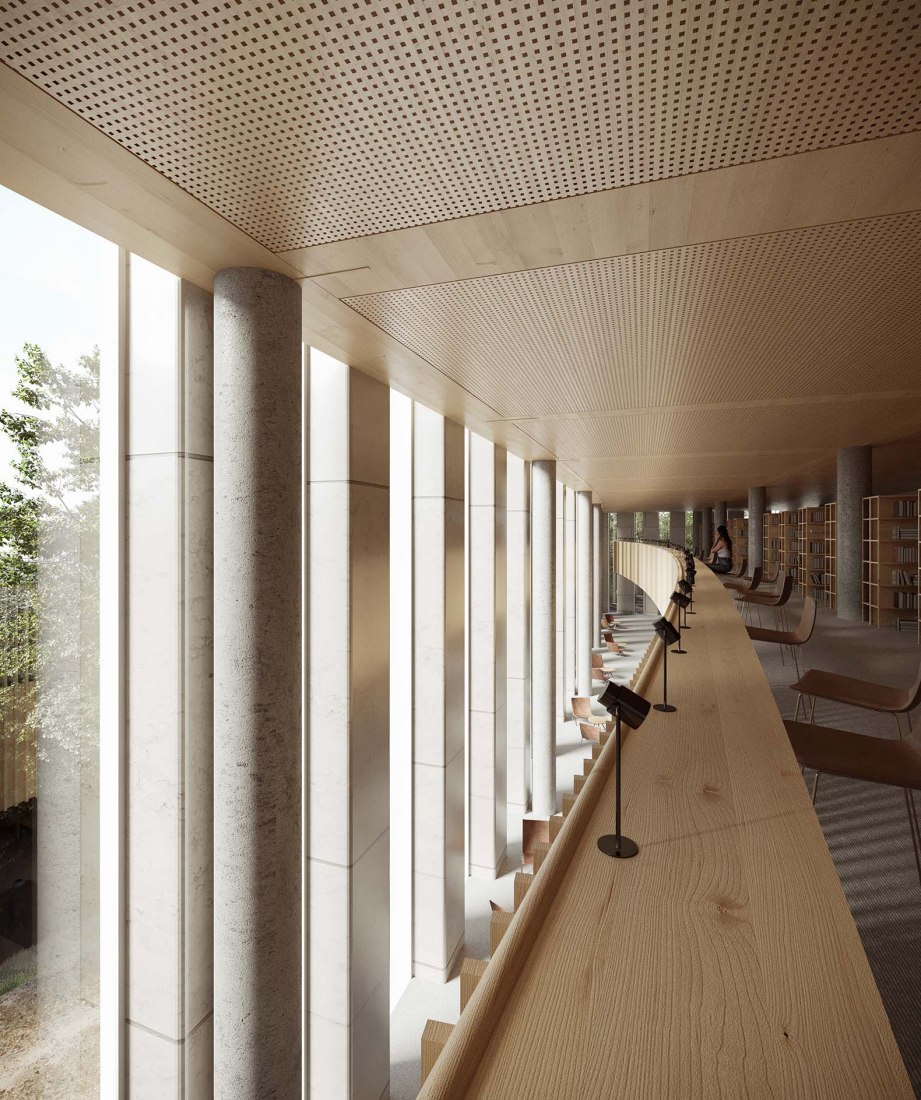 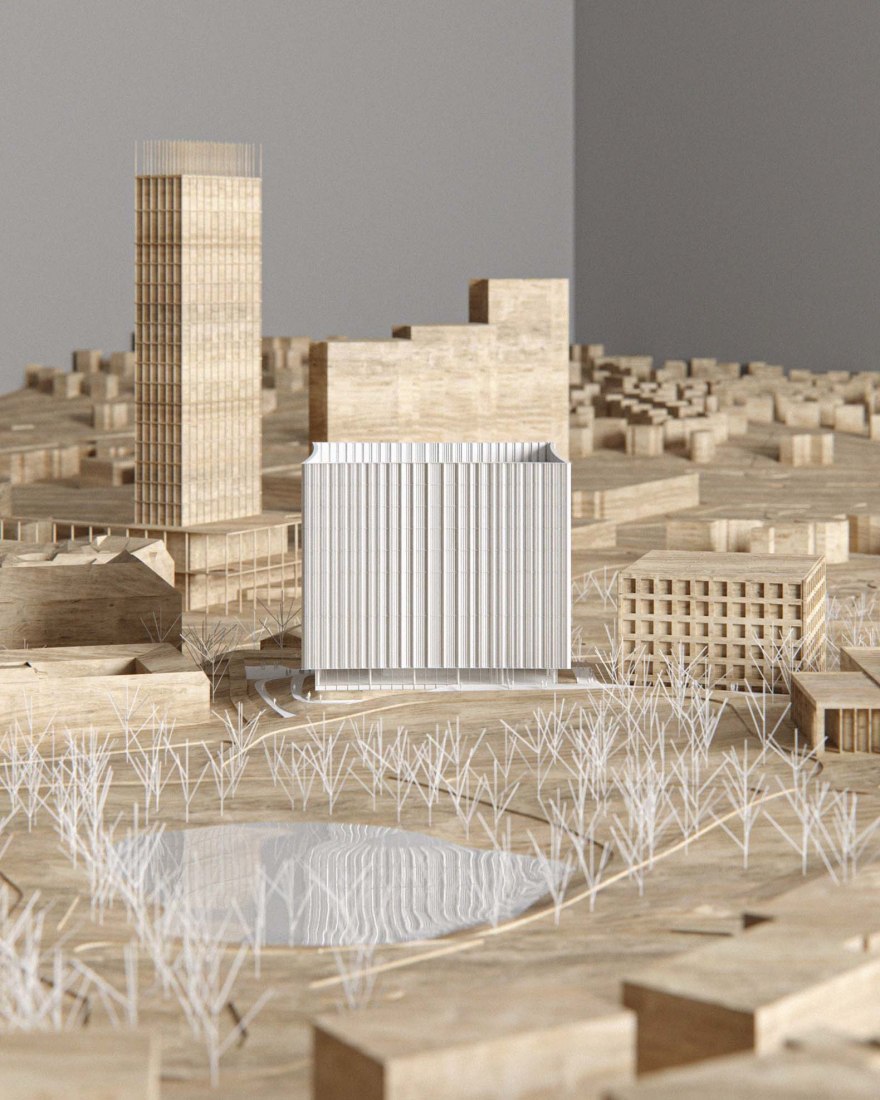 The new proposal seeks to provide a new and attractive environment for the exchange of knowledge and research, and for this, it will be located on top of a hill in the university area of ​​Näckrosen, in a strategic point near many of the cultural institutions of the city and the Faculties of Humanities and Fine Arts, Applied and Performing.

The proposal of Cobe was selected as the winner in a unique way by the jury of the contest, made up of representatives of Akademiska Hus, and it did so with a building with a cubic shape, but with a slight curvature in its volume that makes it evoke the shape of a book when it opens.

“The proposal from Cobe is the single concept from the competition with the greatest development potential and displays a clear and unique identity. It adapts to the site’s unique qualities while also meeting the specific needs of the University of Gothenburg. Cobe is a very worthy winner and will continue to be our partner as we move on to further developing and concretizing the project.”
Hayar Gohary, Project Director at Akademiska Hus and Chairman of the jury.

Description of project by Cobe

With the book as inspiration

Cobe’s winning project uses the book as the source of inspiration and point of departure for the design. Both the lightness and the gravity of a book is reflected in the subtle curvature of the building’s volume and the vertical lines of its facade – much like the pages of a book, just being opened. The volume rests on an open and transparent ground floor with expansive floor-to-ceiling windows. The ambition is to allow the building to blend in with the surrounding park, to invite both new and current users inside, and to stand out as a beacon of knowledge at the top of the university area of Näckrosen.

“This is an exceptional commission to win, and we are very proud and honoured. With the library’s placement at the top of the hill, we aim to create a distinctive beacon of knowledge. The book serves as the inspiration and point of departure for the design – the building volume, its colours and materials all point to a book being opened. Regardless of which direction you approach it from, you are invited in. The integration of the building and park was a key consideration from the outset, and we have deliberately preserved as much of the existing park landscape as possible. In doing so, we have created an open connection between the city, the university and the library’s users. We look forward to working with Akademiska Hus and the University of Gothenburg to further develop our competition proposal.”


Wood as the primary material

The library will contain quiet zones for focused work as well as active areas and gathering spaces that can be used for events, exhibitions, meetings, and lectures – a distinction that is also reflected in the choice of materials. The active, open ground floor, paved in granite features a visible concrete structure, which allows for large and open spaces, while the eight upper floors, which house the library itself, are constructed of wood. In addition to being an exceptionally sustainable and durable material that reduces the building’s CO2 footprint, wood also provides a pleasant indoor environment with a stress-mitigating acoustic profile. The building’s facade will consist of light-coloured, vertical elements that act as a sun screen.

Automated book depository in the heart of the building

With the library, the University of Gothenburg gains additional meeting facilities, better research environments and an innovative setting for housing the university’s collection. In the core of the library, Sweden’s first fully automated book depository stores and retrieves books and other media in an efficient and compact way. The public stairs of the building are situated around the depository, placing books and the knowledge contained within them at the very core of the experience of the building. Study areas and offices are located toward the facade, which ensures optimal daylight conditions and spectacular views of the park and the city.

The construction of the university library is scheduled to begin in 2025 with completion in 2028. It is Cobe’s fourth project to be realized in Sweden’s second-largest city, Gothenburg. Last year, the architecture firm announced its design centre for the major Chinese automaker Geely, which will be completed in 2022. Earlier this year, Cobe similarly announced that the firm had won the competition for the 100-metre tall Global Business Gate high-rise, which is scheduled to be completed in 2025. Both buildings are situated on Gothenburg’s central harbour front. Cobe is also currently executing design work on the Gothenburg Botanical Garden, set for completion in 2026. 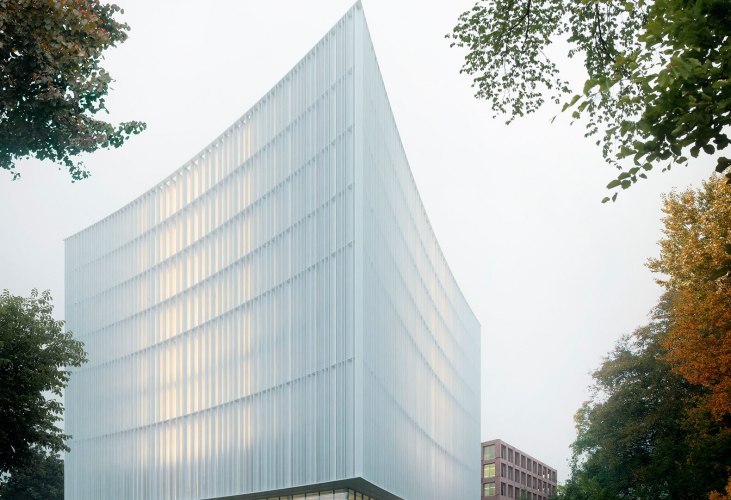 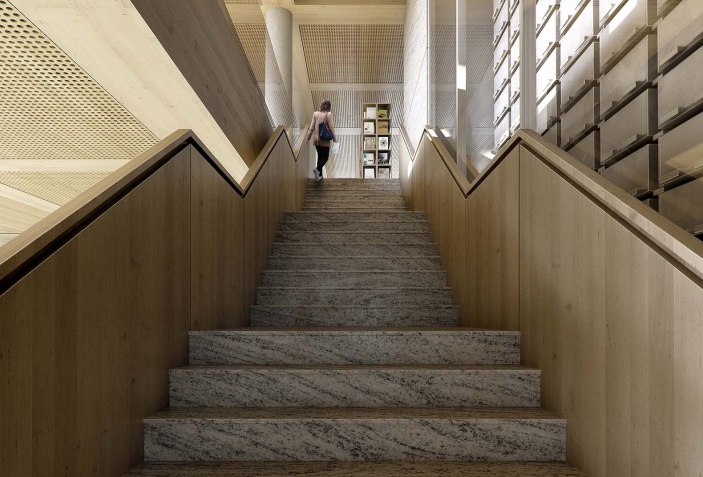 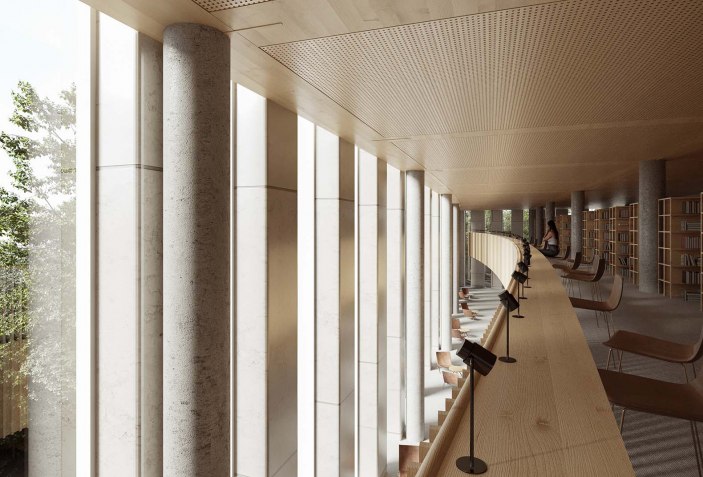 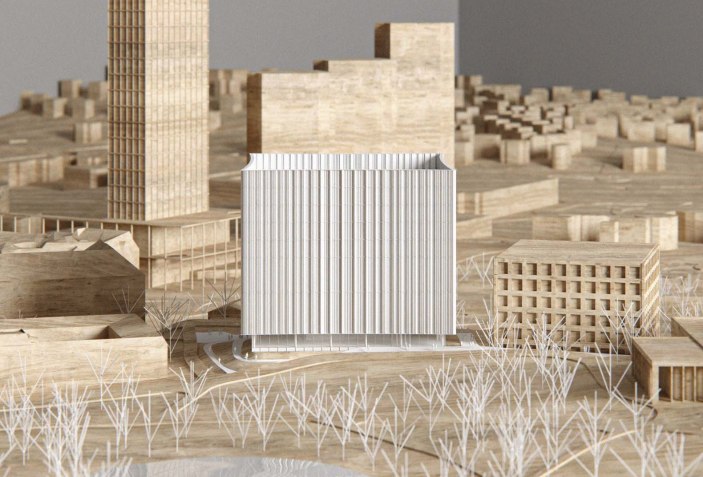 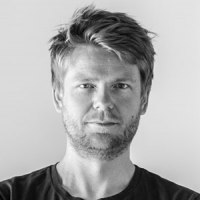 COBE is a limited liability company owned by Founder and Creative Director Dan Stubbergaard. COBE is a progressive and contemporary community of architects that focuses on architecture and design – from buildings to public space, to large scale urban planning. In 2005 Dan Stubbergaard and Vanessa Miriam Carlow founded COBE. The name COBE is derived from the two cities the founders are coming from - COpenhagen and BErlin. Since its establishment, COBE has gained international recognition through the realization of beautiful and innovative projects.

Today, COBE is two separate companies - one seated in Copenhagen (COBE ApS headed by Dan Stubbergaard), and one in Berlin (COBE Berlin GmbH headed by Prof. Dr. Vanessa Miriam Carlow). The two offices have shared a number of projects in the past, and apart from developing projects individually, they continue to share and collaborate on selected projects - also in the future.

COBE is run by a management team consisting of Dan Stubbergaard and a core team of Project and Administration Managers. Together, they are responsible for the company’s overall development and strategic long-term goals.

All projects are developed in project teams, made up of a mix of senior and junior architects, which are led by a Project Manager. Cross-disciplinary teamwork is central in our working method and each project team cooperates with a wide range of external experts in order to obtain the best opportunities and potential towards finding innovative solutions in each particular project. 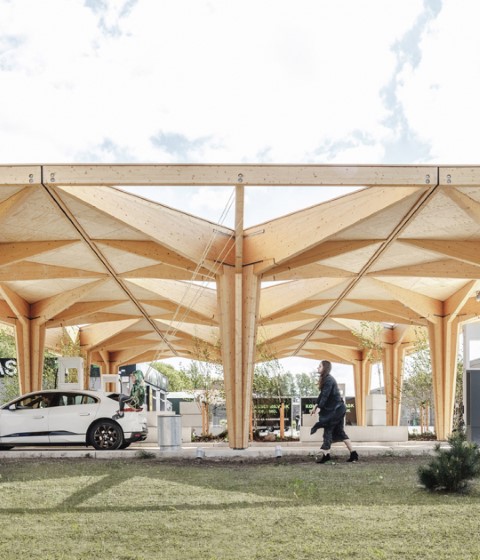 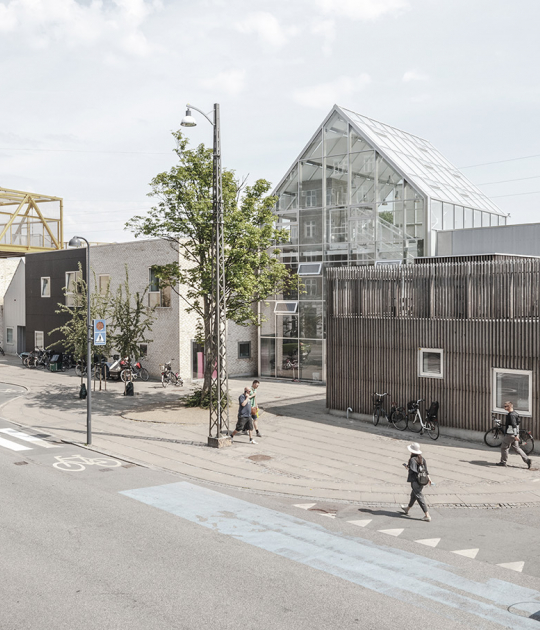 The best daycare center in the world. Kids’ City Christianshavn by COBE and NORD Architects 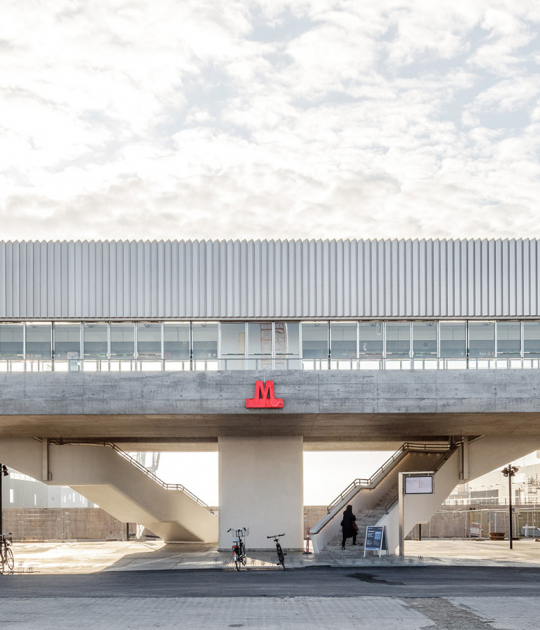 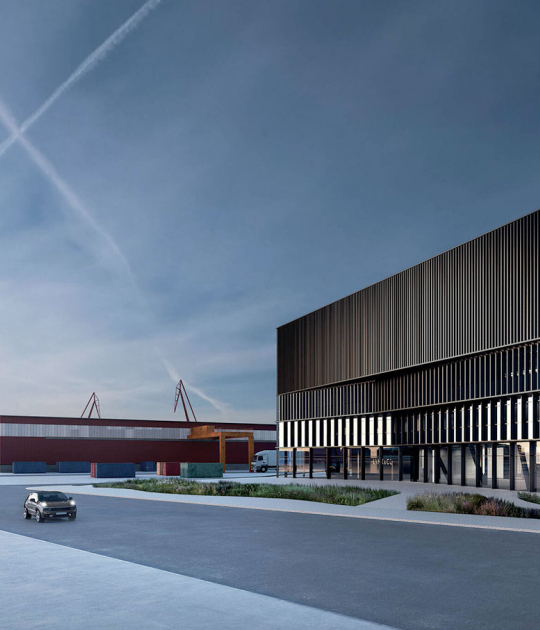 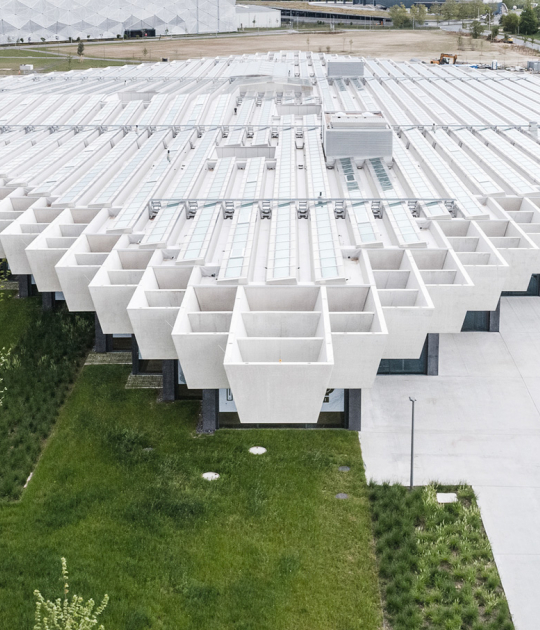 All of adidas under one roof. HALFTIME Adidas Headquarters by COBE