Cox Architecture, the studio behind the Jakarta International Velodrome, has been appointed to design a 25,000-capacity stadium for the North Queensland Cowboys rugby league team. 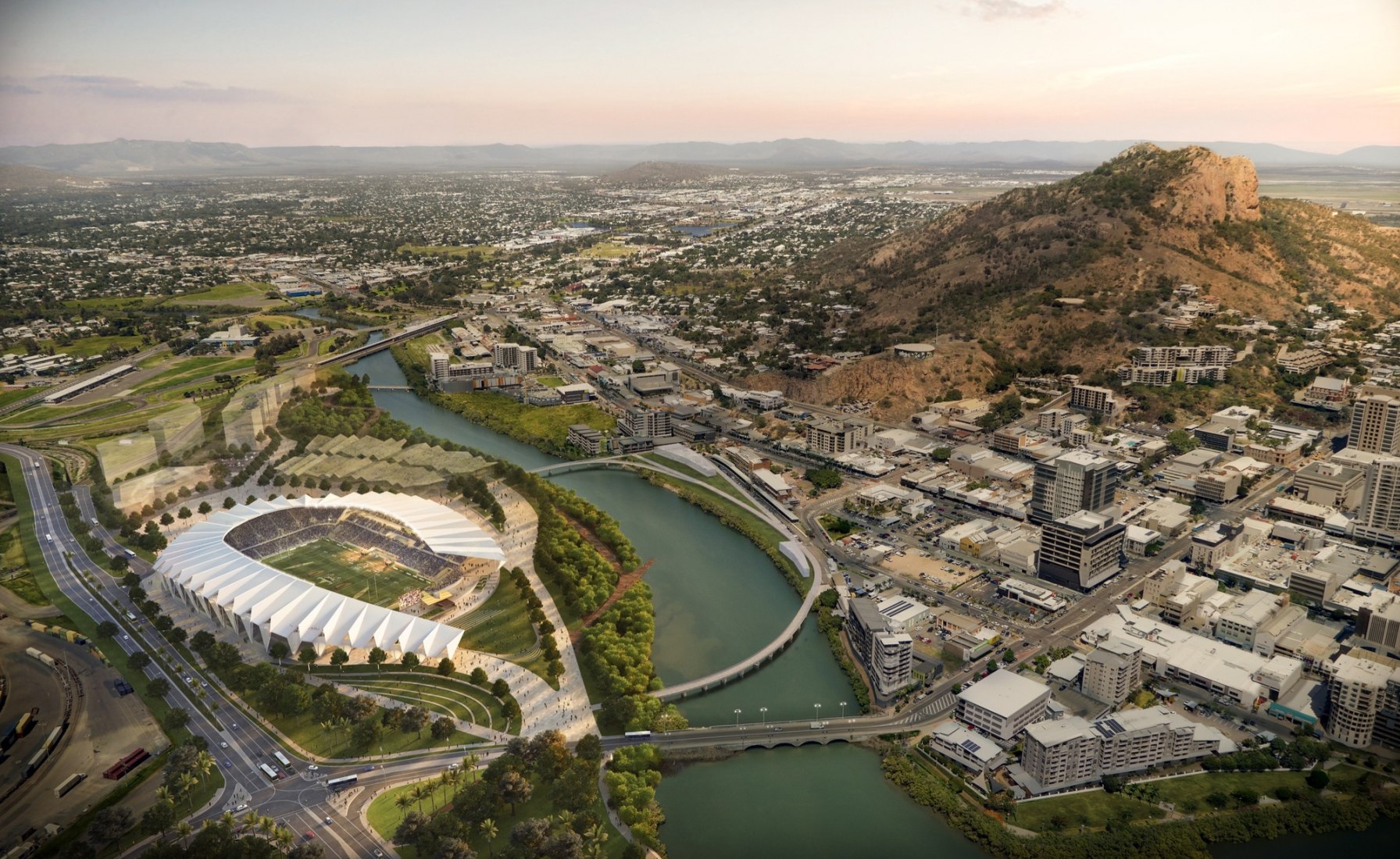 Overview of North Queensland Stadium by COX and 9Point9 Architects. 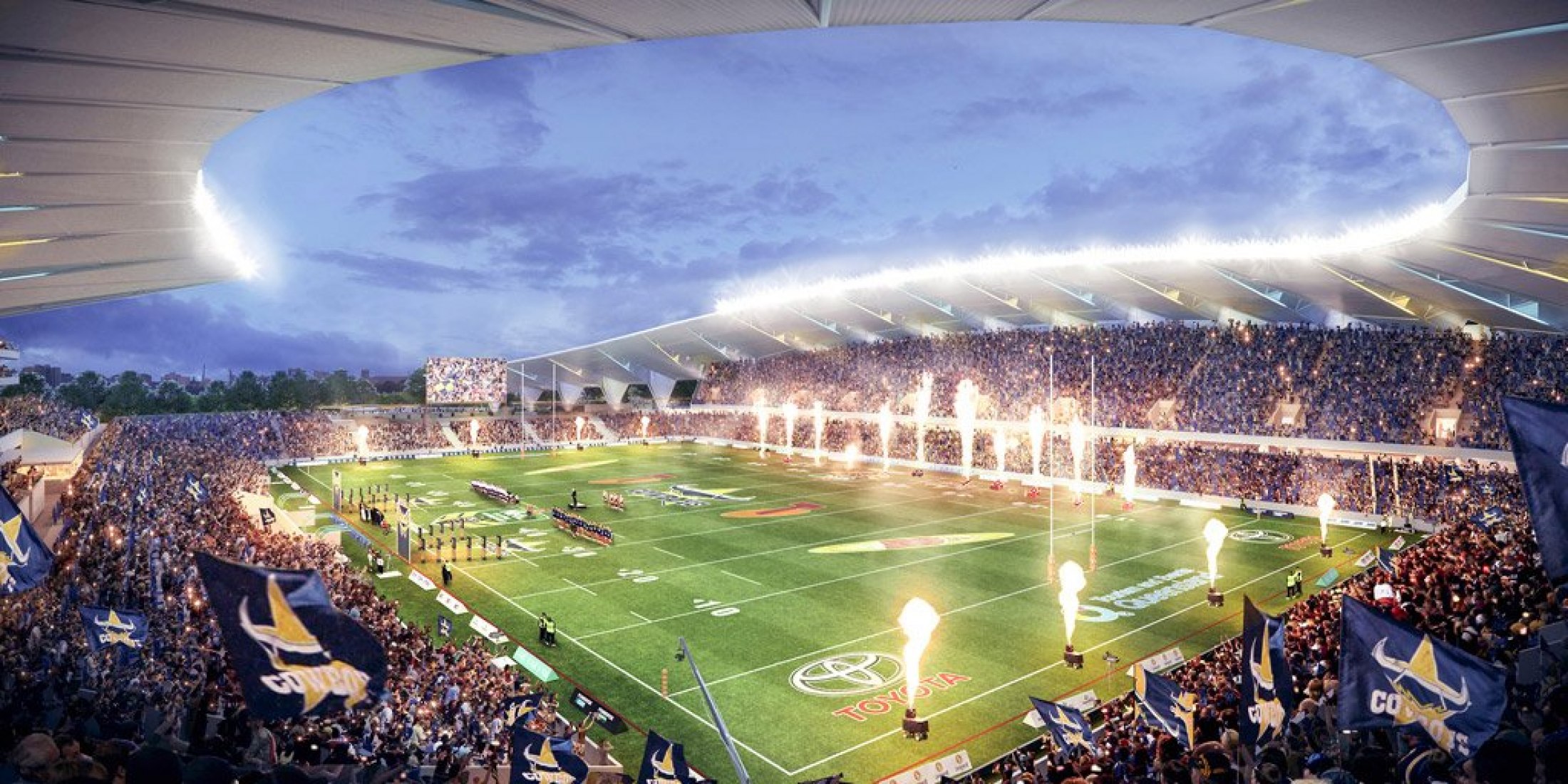 Inside vision of North Queensland Stadium by COX and 9Point9 Architects. 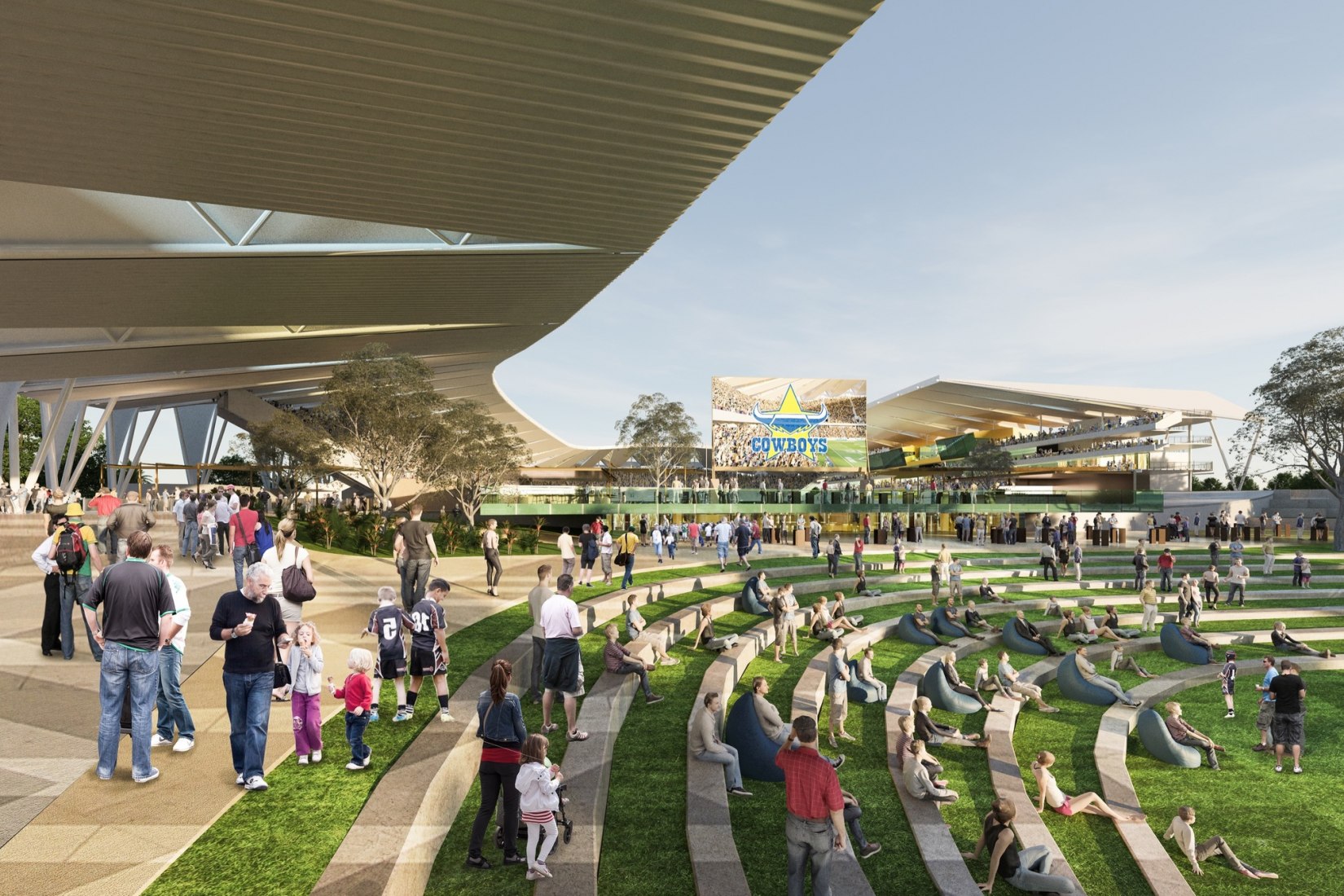 The stadium is to be completed in time for the start of the 2020 NRL season. 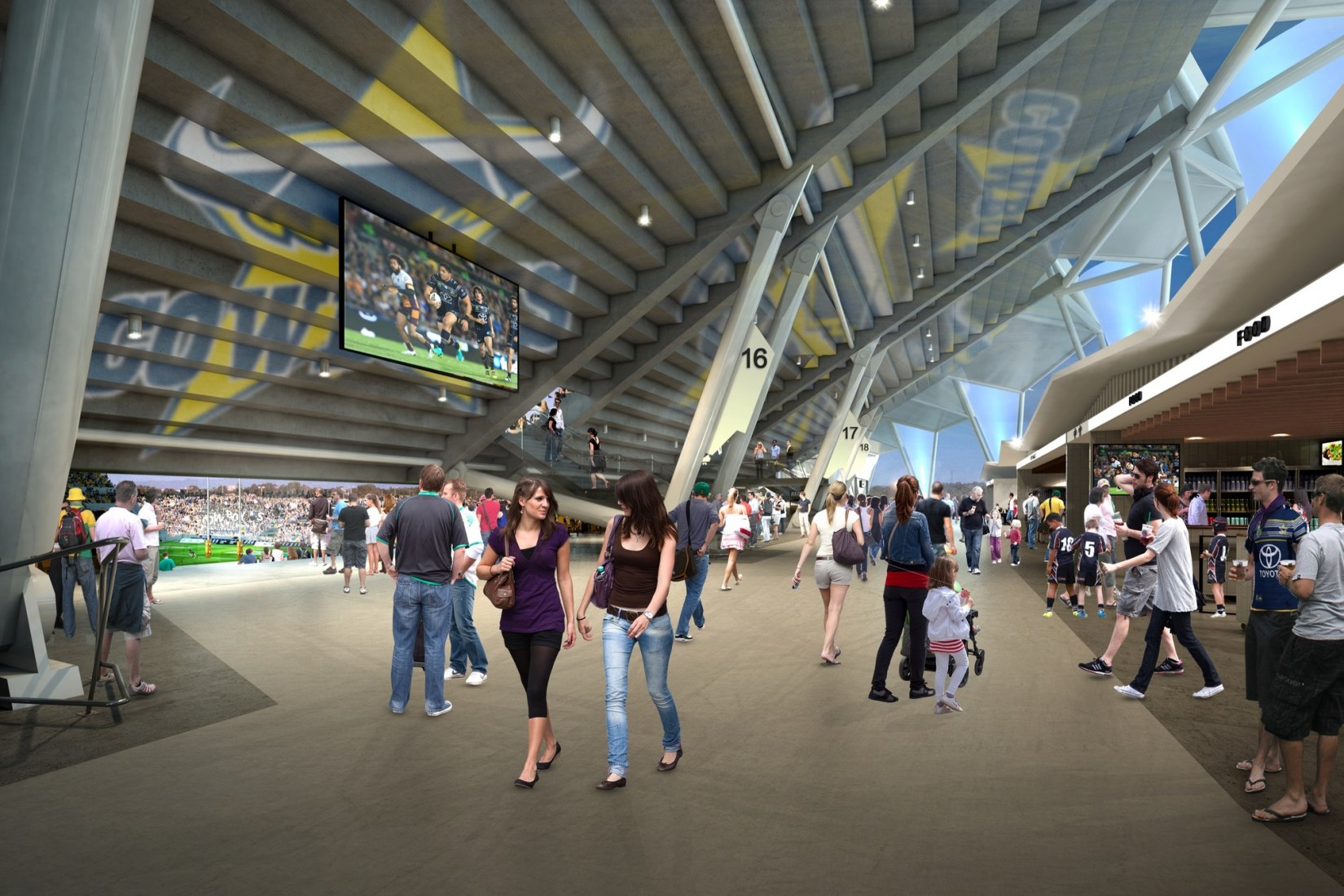 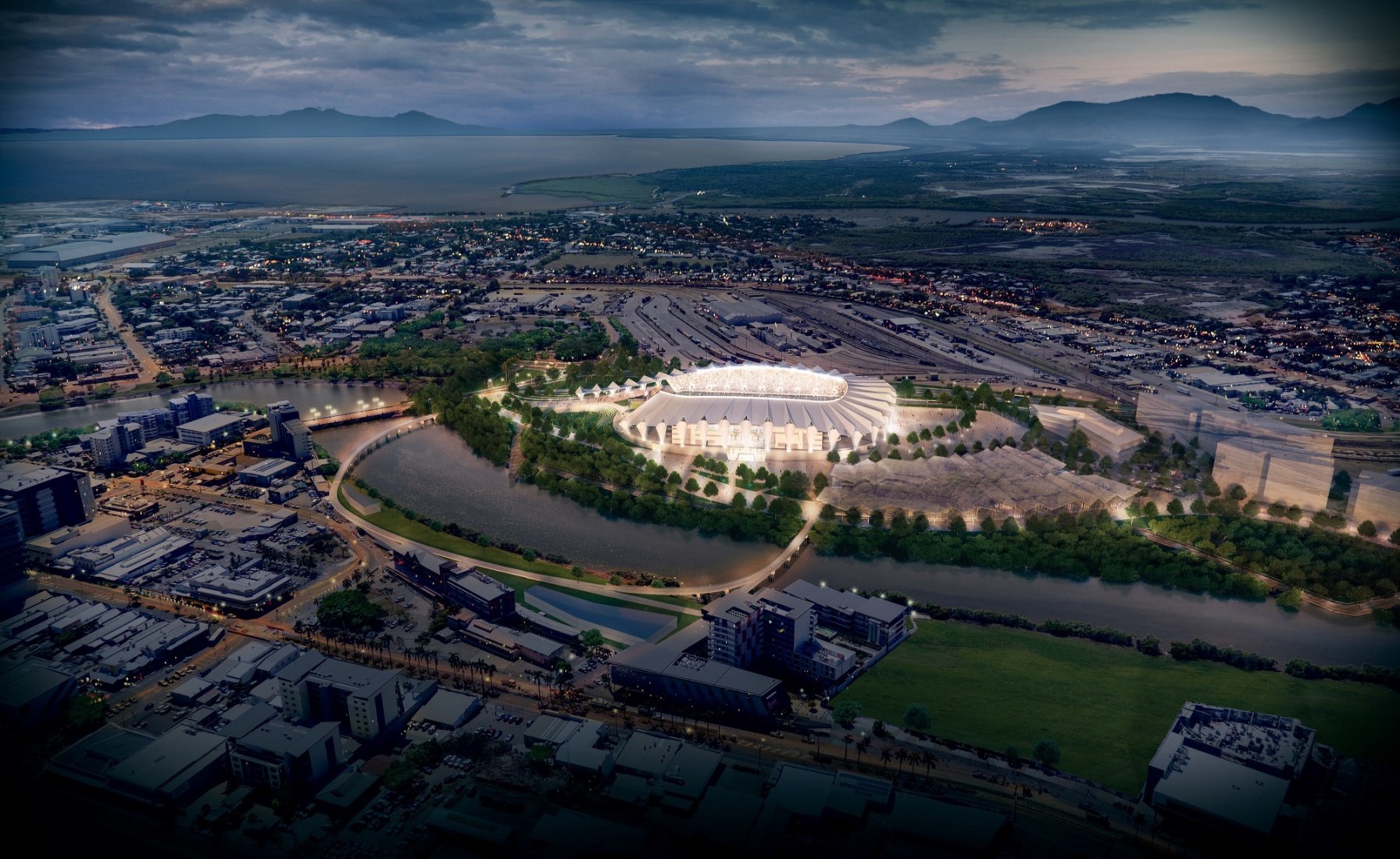 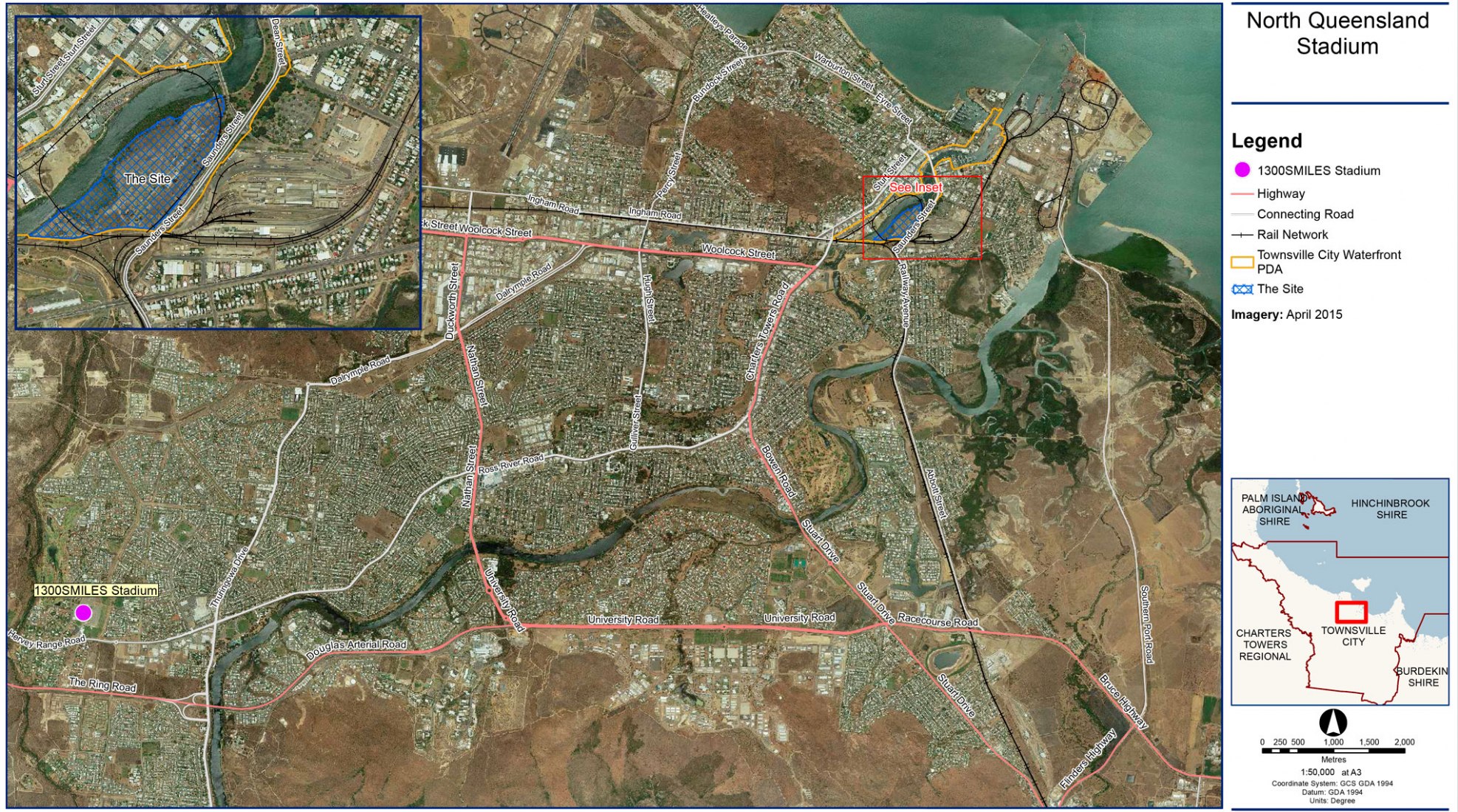 Cox Architecture has teamed up with Townsville architects 9Point9, and the project has been unveiled by the Townsville and Queensland Government, and will have a €174.1m (AS$250m, US$180.8m) budget.

With a roof design inspired by the native Pandanus tree, the new stadium will provide seating for 25,000 spectators as the new home to the National Rugby League’s North Queensland Cowboys. It has been slated to be ready in time for the 2020 National Rugby League (NRL) season.

According to the architects, the stadium has been designed to replicate the shape of the Pandanus, a tree native to Northern Australia, with a tapered roof that moves around three-quarters of the stadium.

“Our team is excited to have been selected to deliver this transformative project for the North Queensland region. The stadium design is an expression of tropical Queensland and North Queensland in particular. It combines structural, functional and operational aspects of international modern stadiums with engagement of the environment that is quintessentially Queensland.” commented Project Director Richard Coulson.

“The stadium provides an identity for the region and an important contribution to the city. Through the development of a ‘fan first’ approach to the design of the stadium and its use to create a sense of place and belonging, we have forged a unique architectural and engineering response that can only be ‘of this place.”
Cox Architecture’s North Queensland Stadium concept design features:

Townsville mayor Jenny Hill said the venue “may very well become quite an iconic building, not just for us in North Queensland, but around Australia”.

The stadium is expected to create around 750 jobs in an area of growing unemployment.

“Not only will the stadium create those short-term jobs, but it will unlock a wave of new confidence and investment in the region at a time when we need it most,” said Townsville MP Scott Stewart. 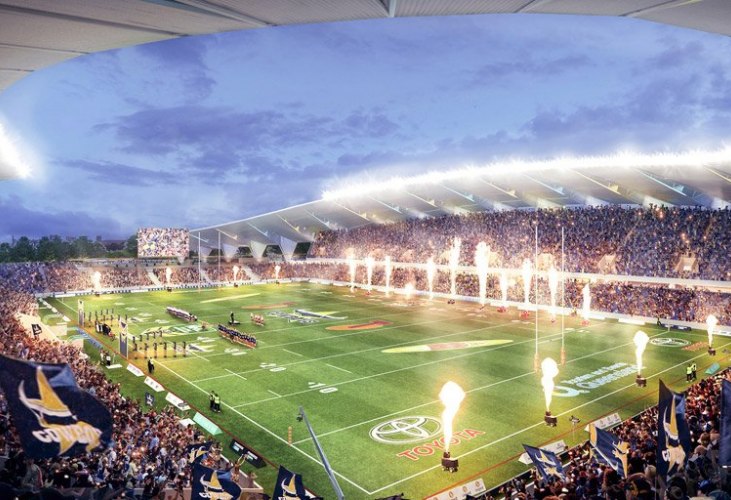 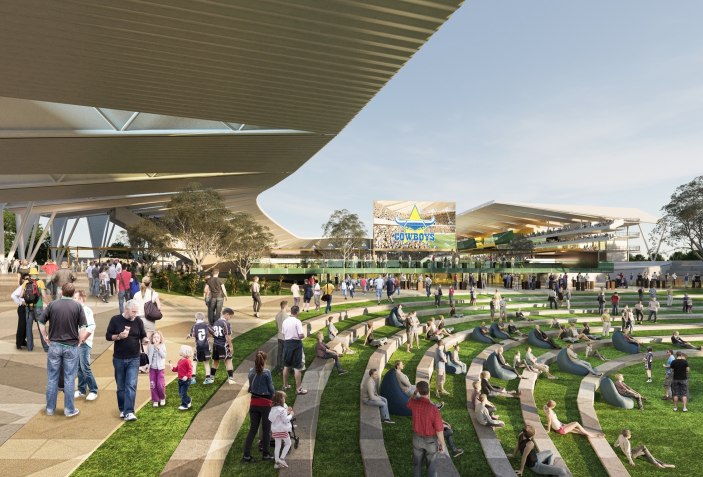 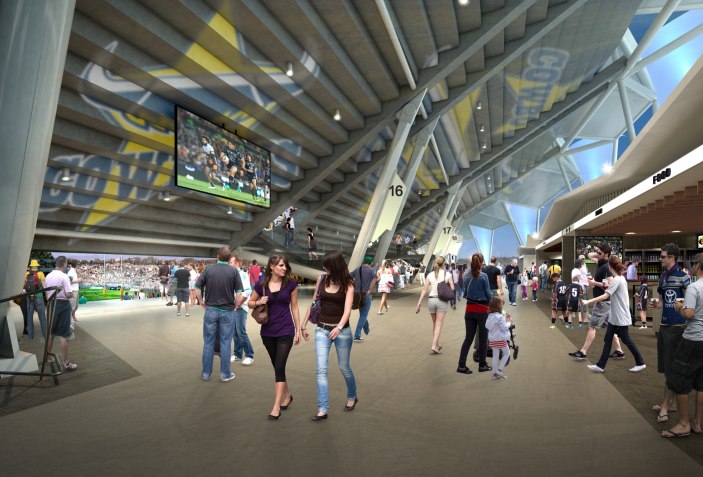 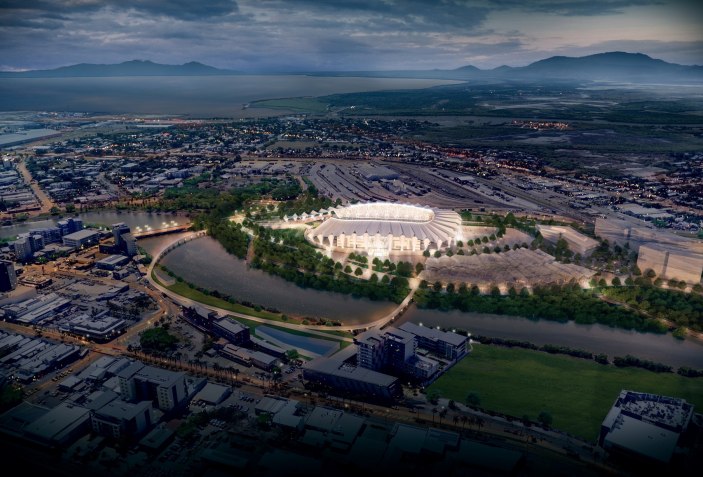 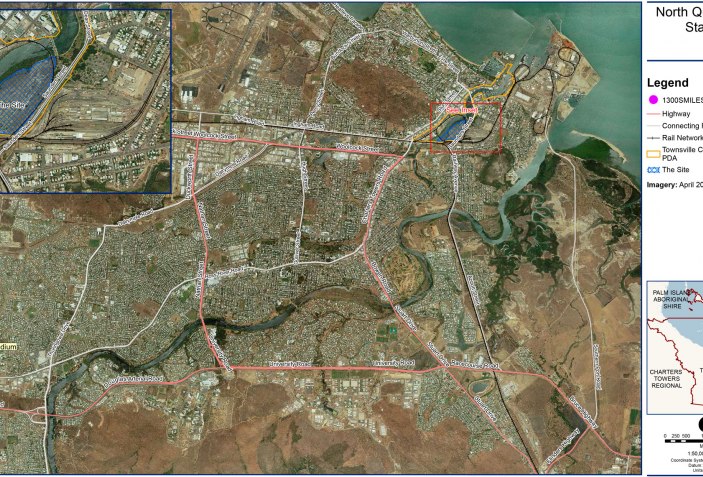 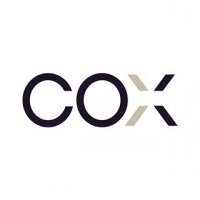 They have offices in Sydney, Melbourne, Brisbane, Perth, Canberra, Adelaide, Kuala Lumpur, Abu Dhabi, Dubai and Muscat. Overall we have approximately 400 staff. They are unusual for a large multi-studio practice in that they work to a defined design ethos in all studios. This ethos is based upon principles of structure, craft, art and nature. 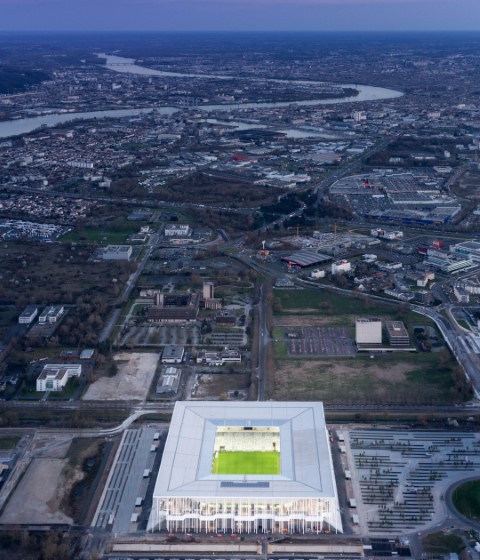 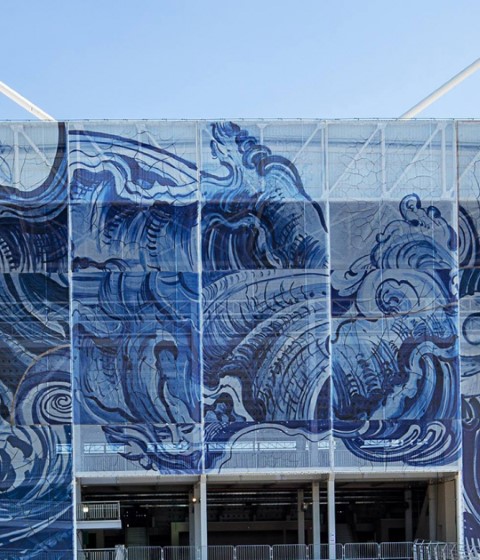 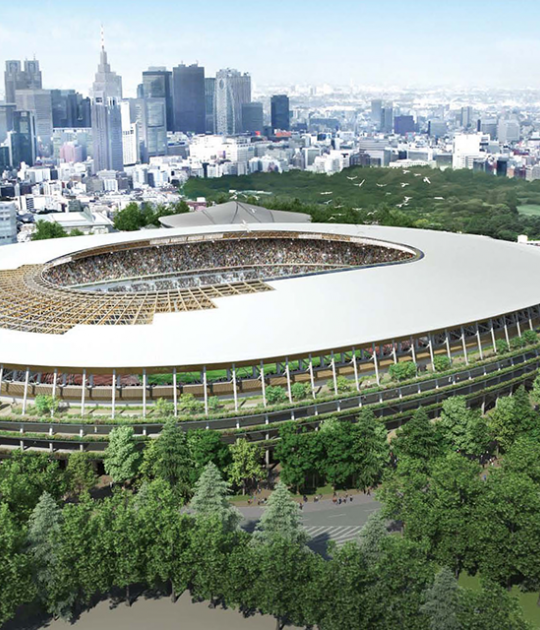 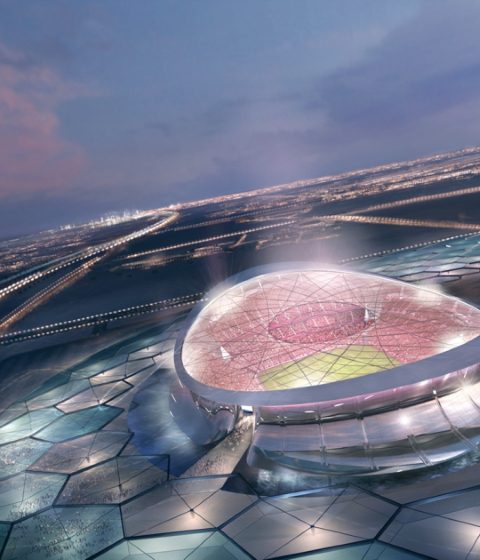 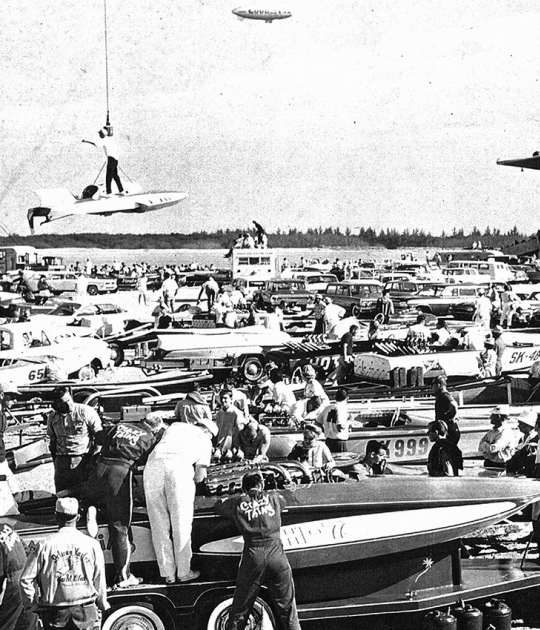