Nursery School 'La Monsina' in Callosa del Segura, by AMO arquitectura and Rocamora arquitectura, has been awarded in the XVII Edition of COACV Awards 2013-2014. 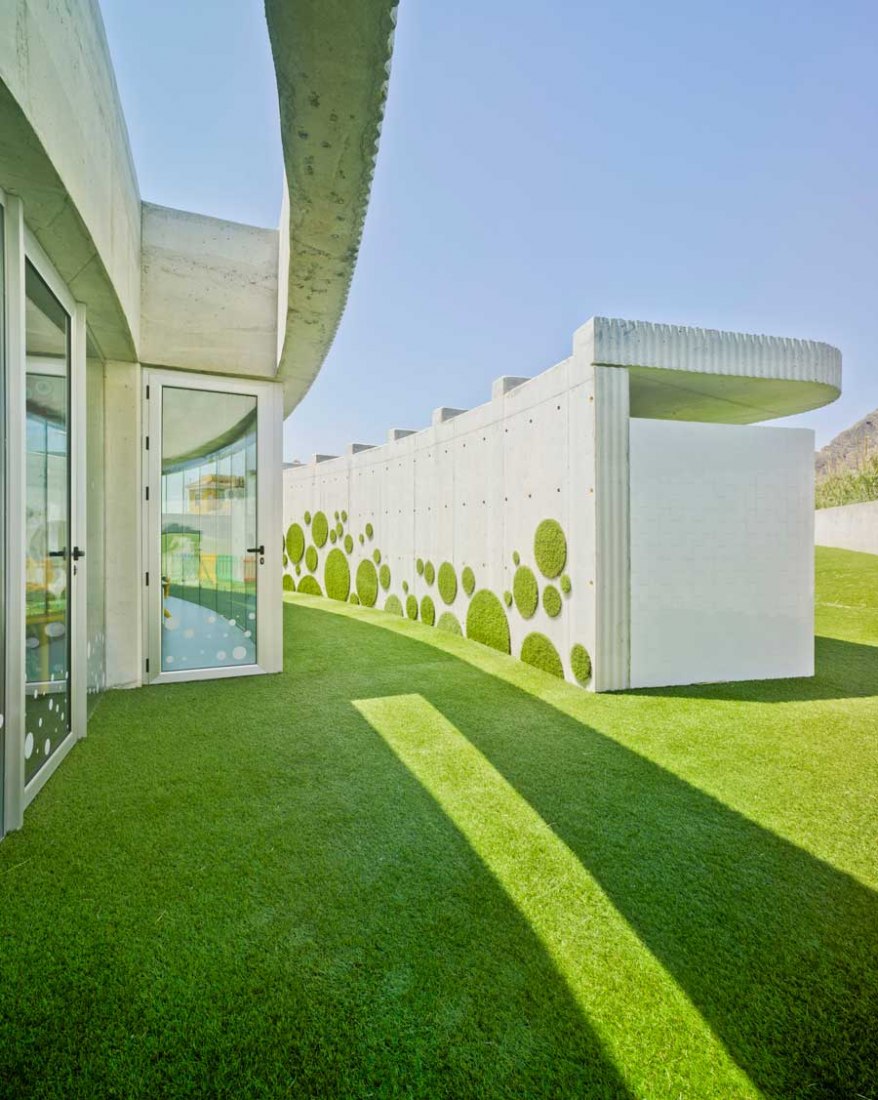 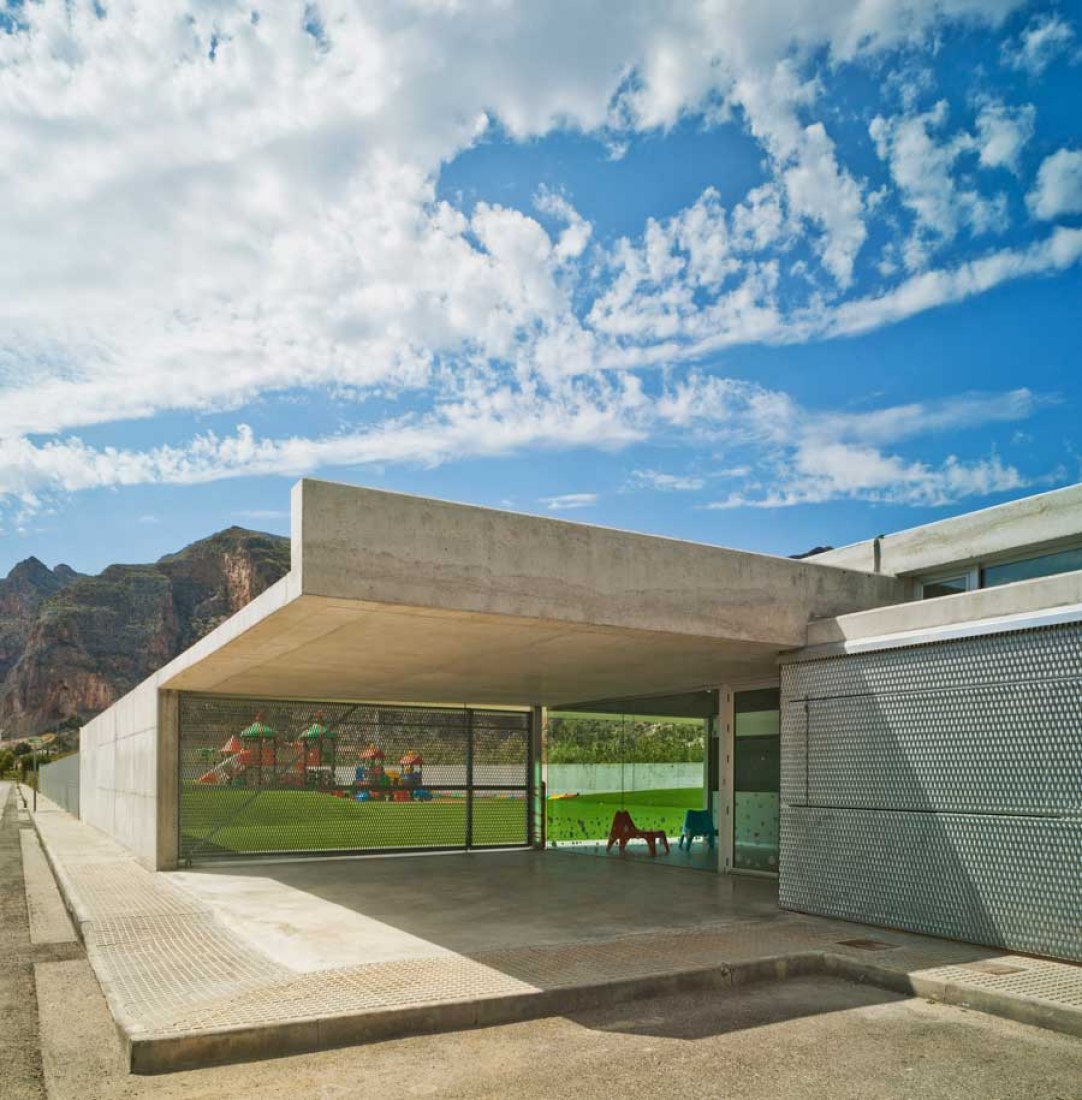 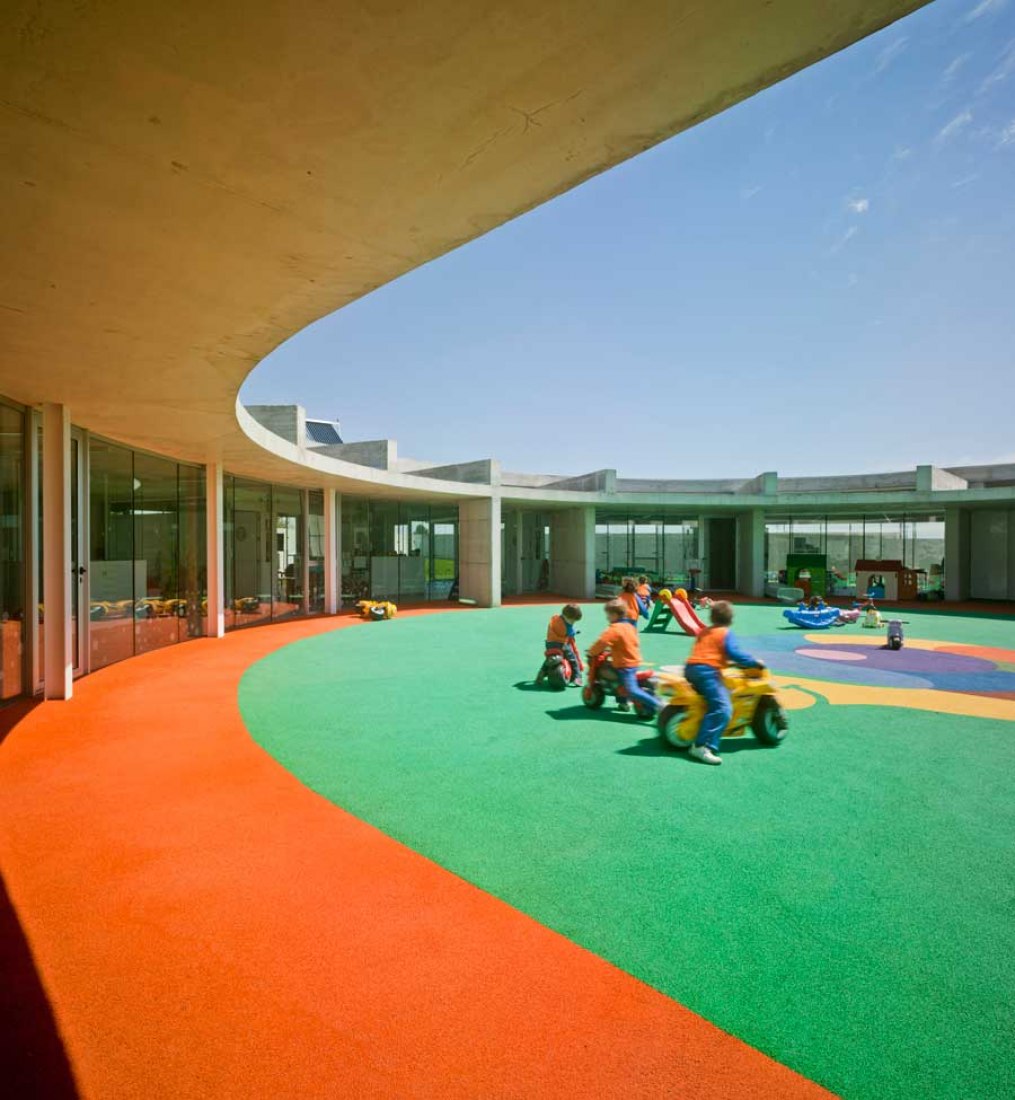 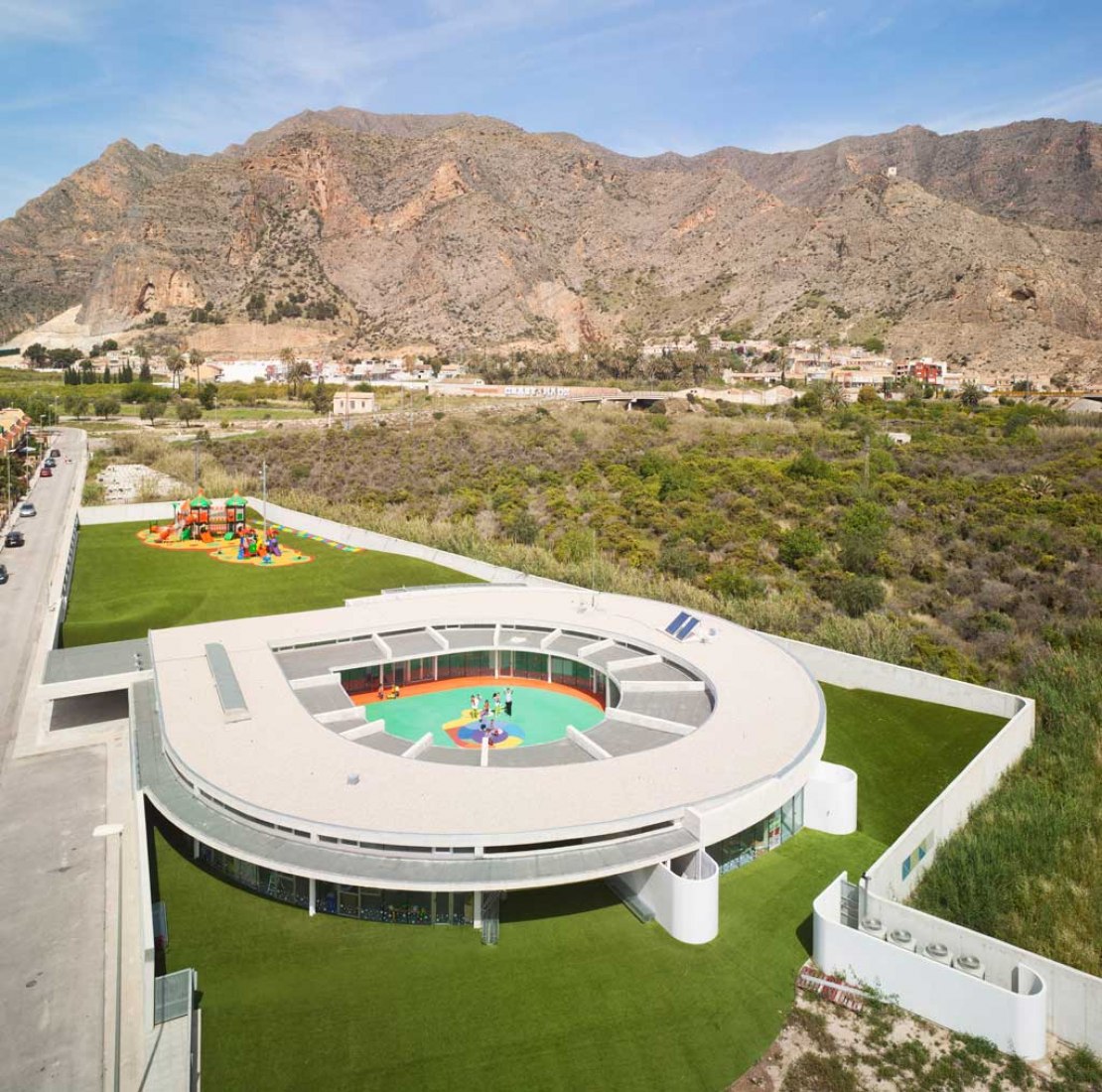 The project for the Nursery School 'La Monsina' which we published in METALOCUS in 2013 by AMO arquitectura and Rocamora Arquitectura has been recently awarded within the XVII Edition of COACV Awards 2013-2014 within the modality of architecture.

Designing a nursery school is to project a space halfway between two different worlds, the one on which appear the game and the fascination, the kids' world, and the world of work and responsibility, the adult one, as the architects describes on the project's memory.

"The work was done in 2012 by order of Constructora Callosina and the challenge was to merge two very different worlds like the one which belong to children, where live the innocence, the play, the surprise, the discovery, the fascination and the senses; with the one which belong to the adults, which is ruled by the responsibility, the work, the hierarchy, the functionality, the economy and the rationality", commented one of its authors, Alexandre Marcos Olivares.

This position halfway between the playful and fun child space and the ordered an rigorous educational space has earned them the award COACV 2013-2014.

More information about the project here. 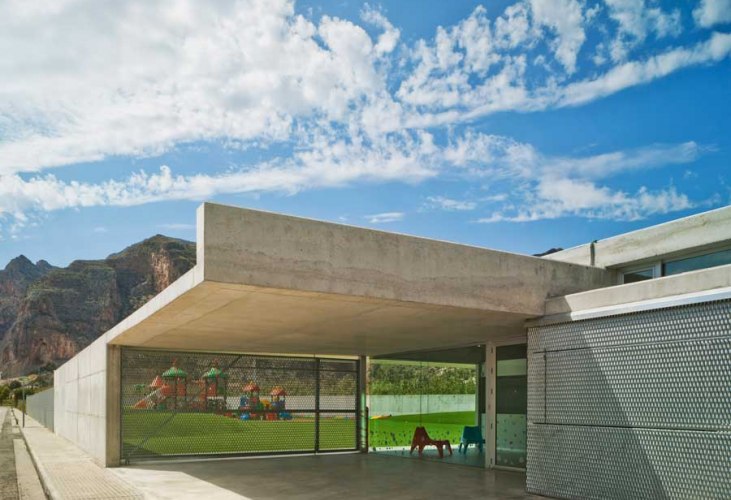 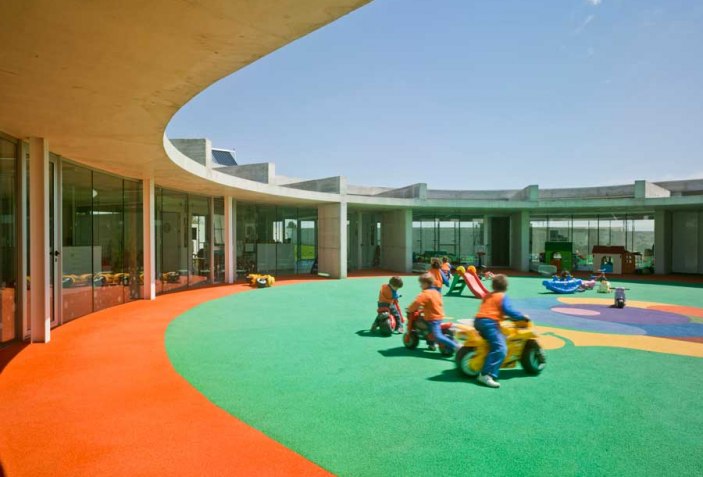 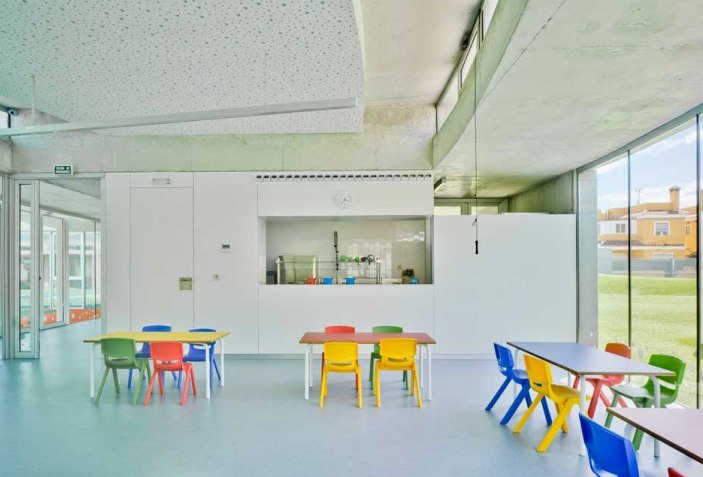 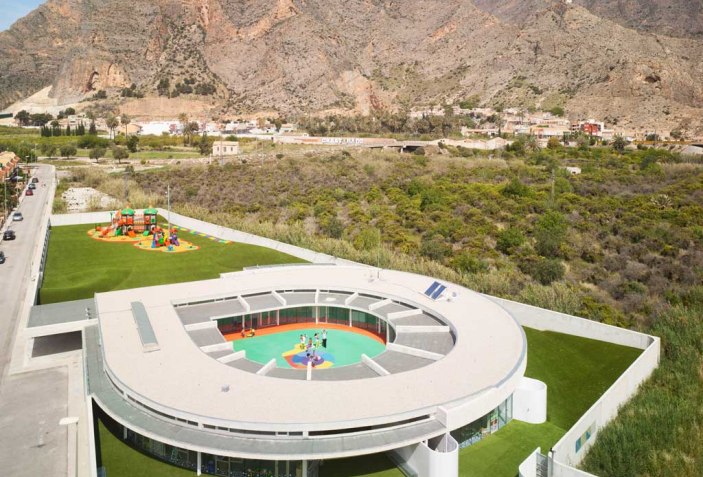 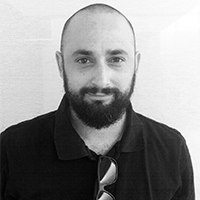 Alexander Marcos Olivares, 2005 degree in Arquitectura Superior specialties building and town planning by the technical colleges of Architecture universidad politécnica de valencia (ETSAV-UPV), Urbanism specialty in Faculdade de Arquitectura do Porto (FAUP). In 2003-2004 he gets a Beca de Colaboración in the Department of Urban (Derecho Urbanístico) of the ETSAV. In 2002, he received the award for the  12º Concurso Ibérico de Soluciones Constructivas Pladur to a access pavilion to the Güell Crypt.

In 2006-07 works professionally in the architectural "Silvestre Navarro Arquitectos SL" in the design and development of various architectural projects in the residential and multi-family house.

Since 2007 is established as an independent professional, individually and collaborating with other professionals, forms its own architecture, and in 2013 founded the company AMO slp architectural office , where he develops architectural works in the fields of rehabilitation, public building, residential building private and landscaping. 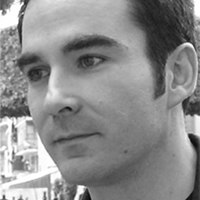 In 2012 completed Master studies in sustainable architecture and urbanism in the TFM, in paper " La práctica arquitectónica del acontecimiento temporal".

He has worked for 9 years with architects Carmen Pérez Molpecerez, Javier Gironella Pallarés and Efigenio Giménez García development projects and project managers. Since 2000 works as a freelancer, and author.

In 2010/2011 , 2012/13 and 2013/14 was appointed Colaborador Honorifico in the degree of Architecture , Departamento de Expresión Gráfica y Cartográfica de la Universidad de Alicante, for the subjects of Proyecto Arquitectónicos I-II and Análisis de Formas I (AIGI). 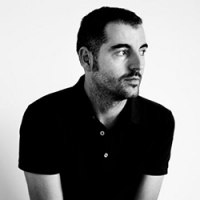 He is primarily engaged in architecture photography and owns all the necessary equipment to meet technical and aesthetic standards of this photography branch. Among his methods, he uses a large format digital camera, Cambo Wide DS, with 6 digital, wide image circle lens and a Leaf Aptus 75 digital support.

He owns a photography studio designed by architect Enrique Nieto. Founding partner of BisImages portal dedicated to managing photographic collections of architecture in publications around the world. www.bisimages.com

His current web site is www.davidfrutos.com and holds over 4000 photographs. He has photographed over 600 buildings in Spain. Head of the Photography Section at ”Catálogos de Arquitectura” magazine with which he has made the last 13 numbers. His publishing career is supported by more than 400 publications in magazines and books worldwide.

In 2009 he was awarded for his photographs in collaboration with advertising agency Communication Germinal a Gold Laus, a Silver Laus and a Bronze Laus in other campaigns. In 2009 he obtained a Silver Laus with F33 agency.

He also teaches and has carried out various exhibitions. 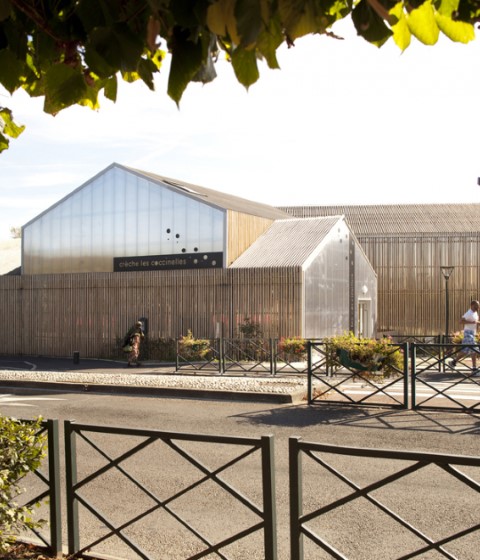 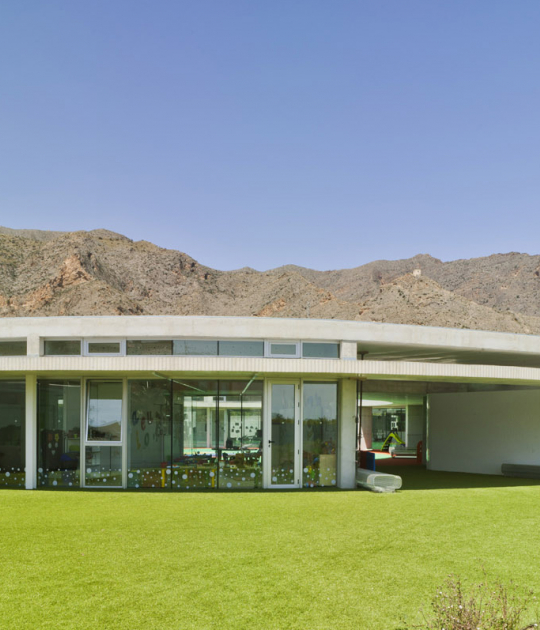 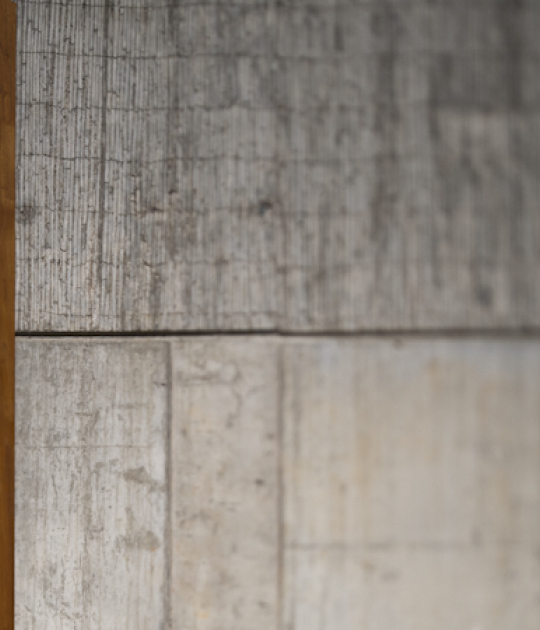 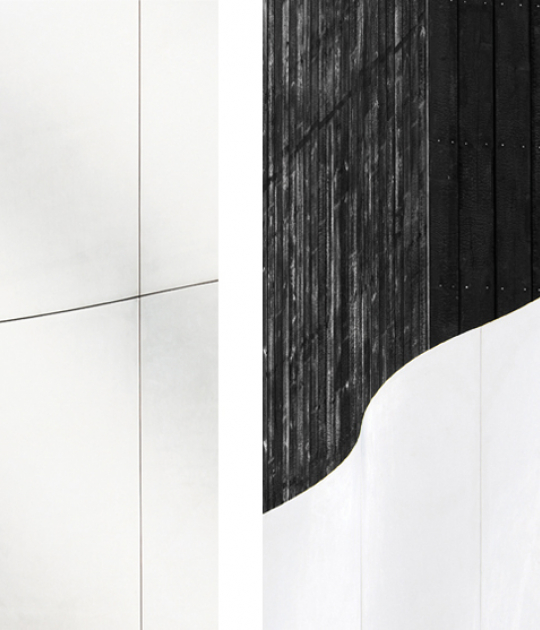