Dutch architecture firm MVRDV has been selected during 2015 among a multidisciplinary team, which includes Dutch and Korean landscape architects and designers as well as consultants and engineers, for the design of the overpass close to Seoul Central Station, known as Seoul Skygarden. Although the project is still on a initial phase the Seoul Government hopes that will be finish during 2017. 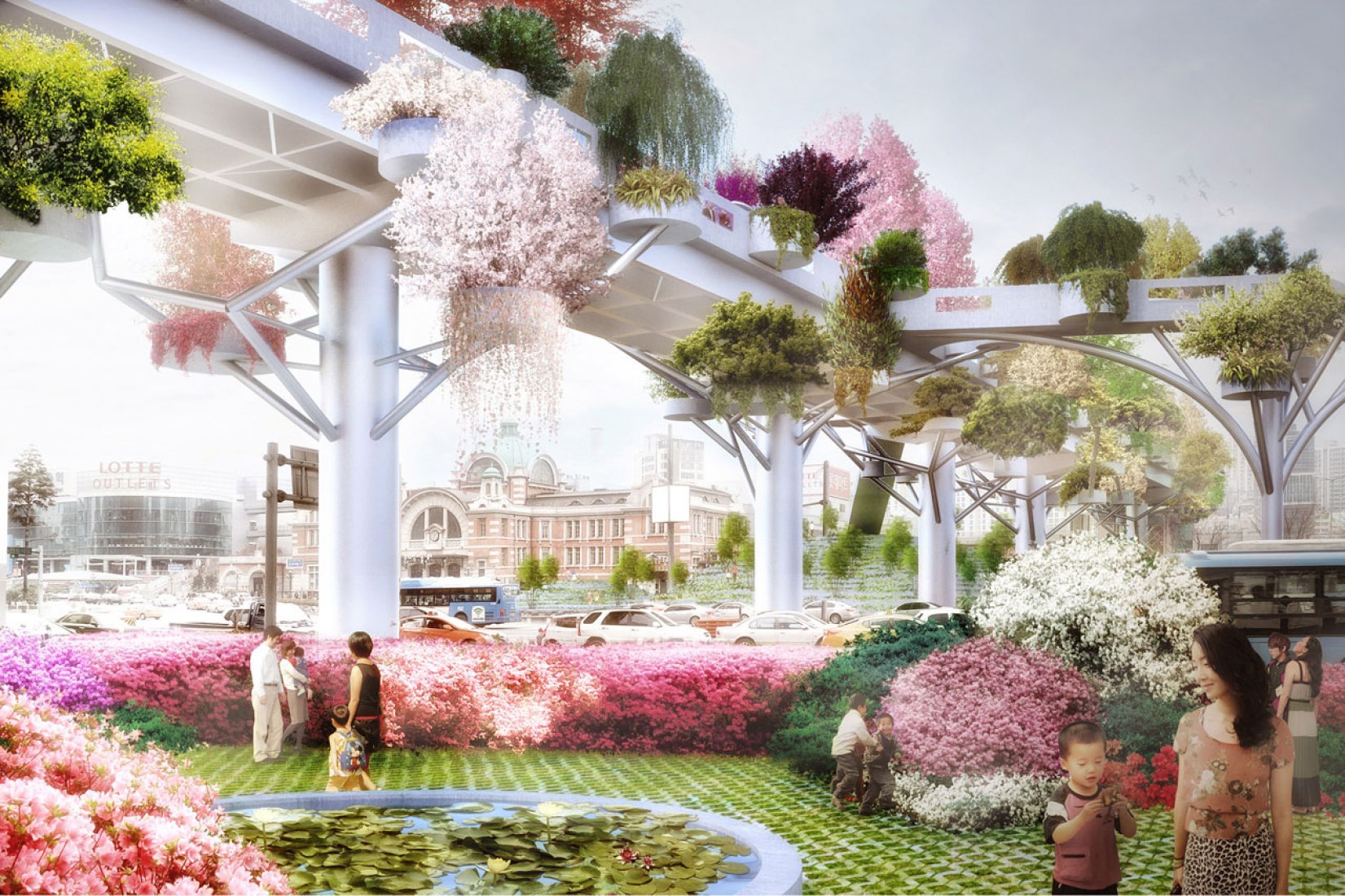 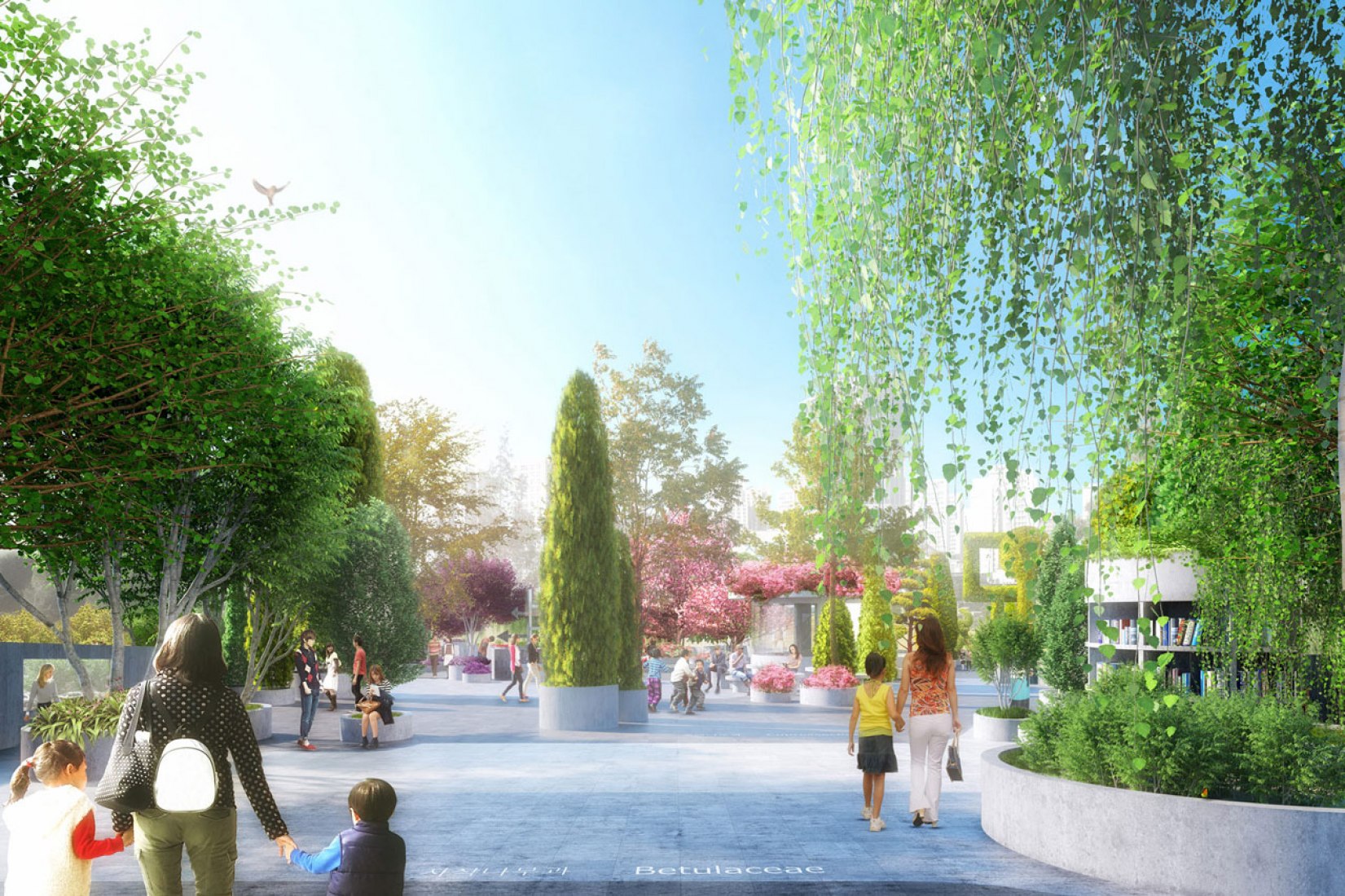 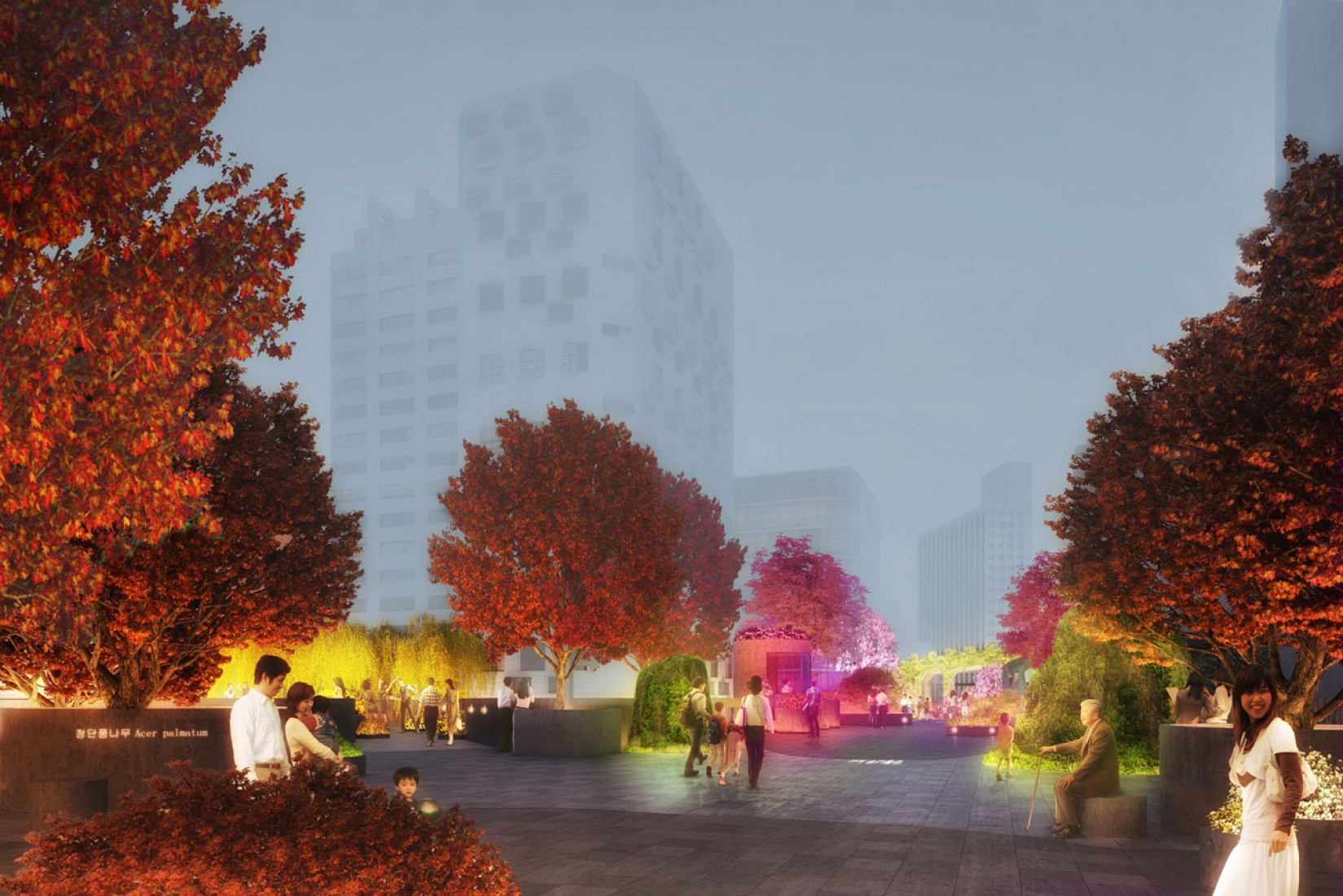 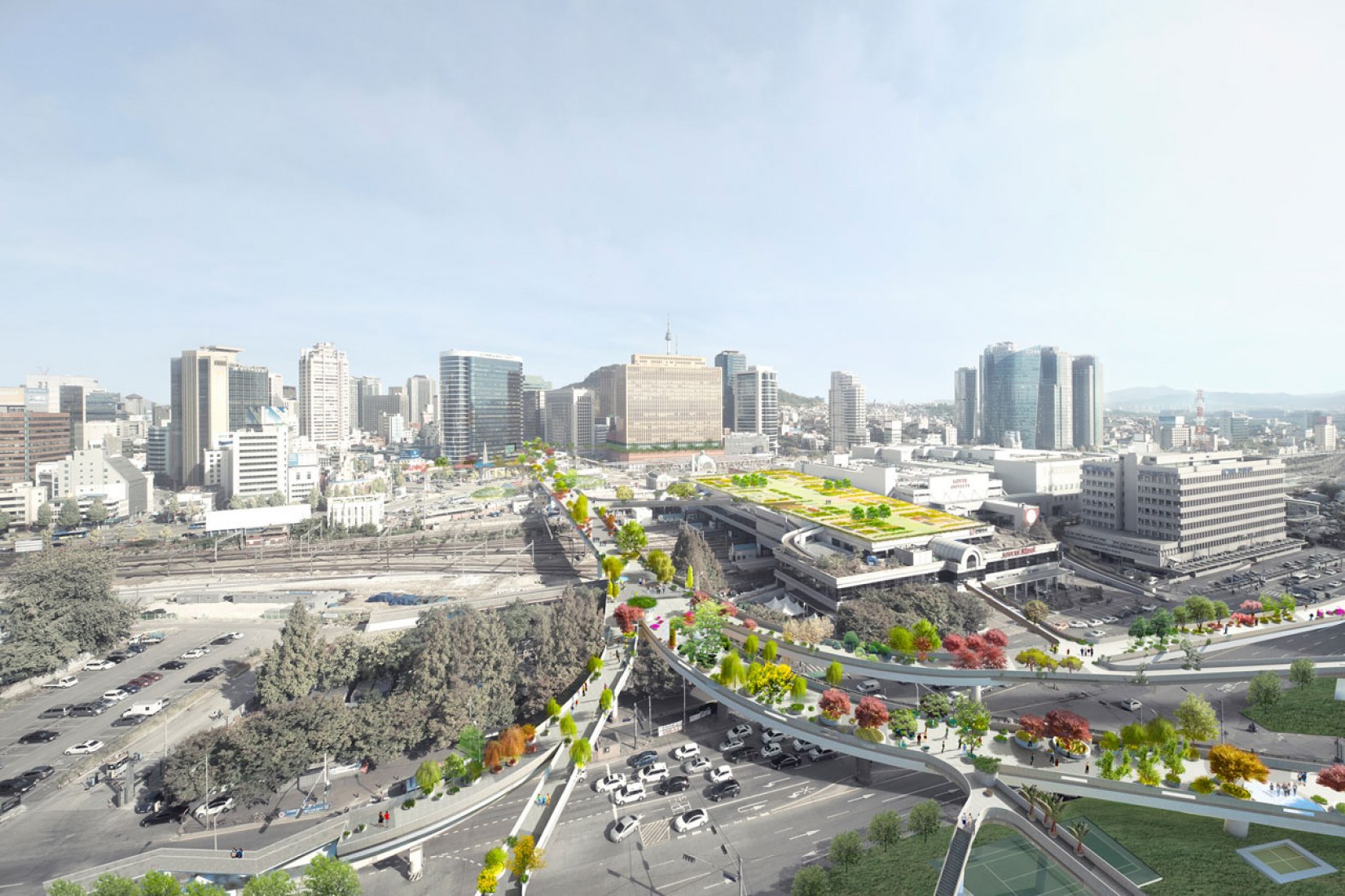 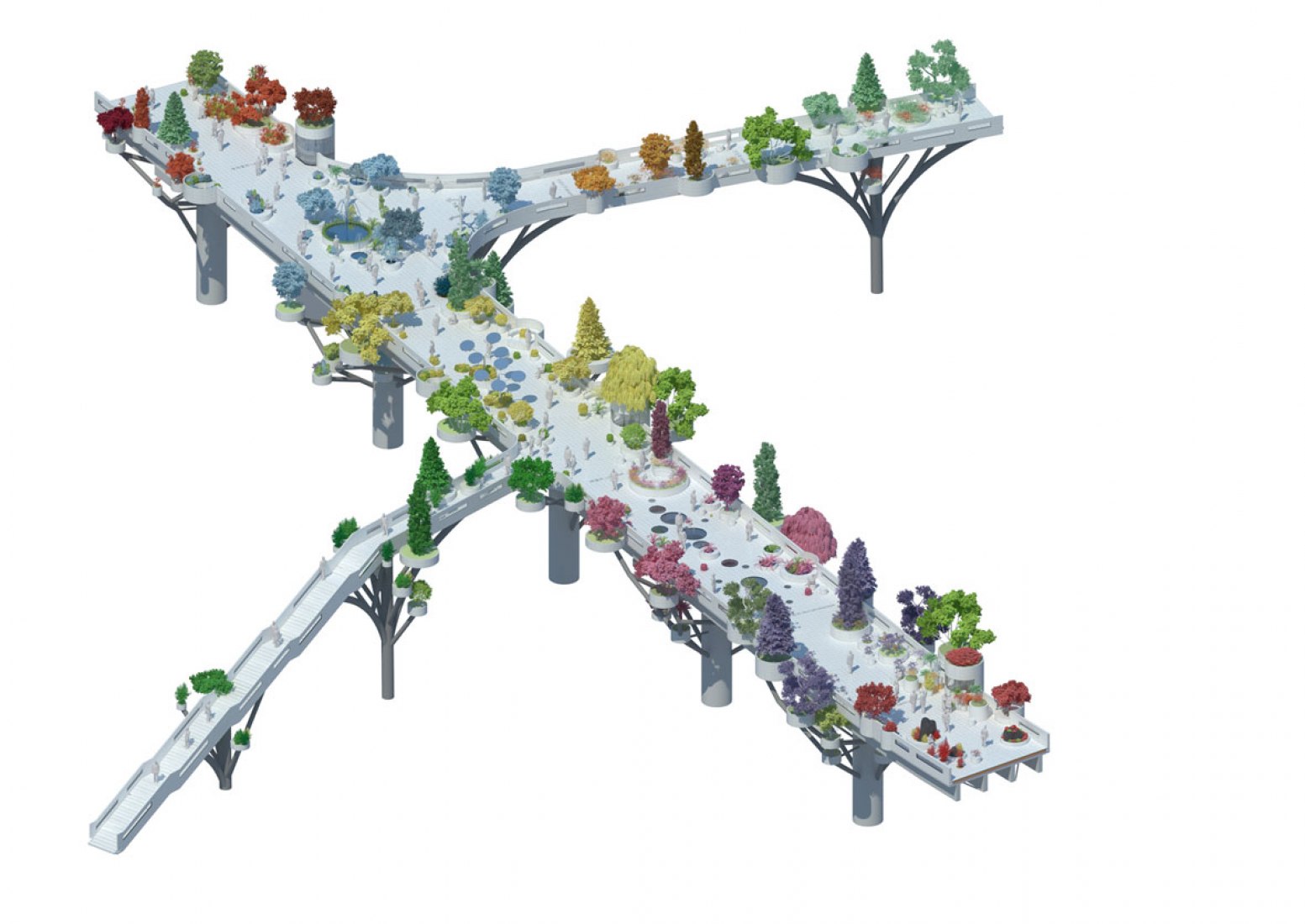 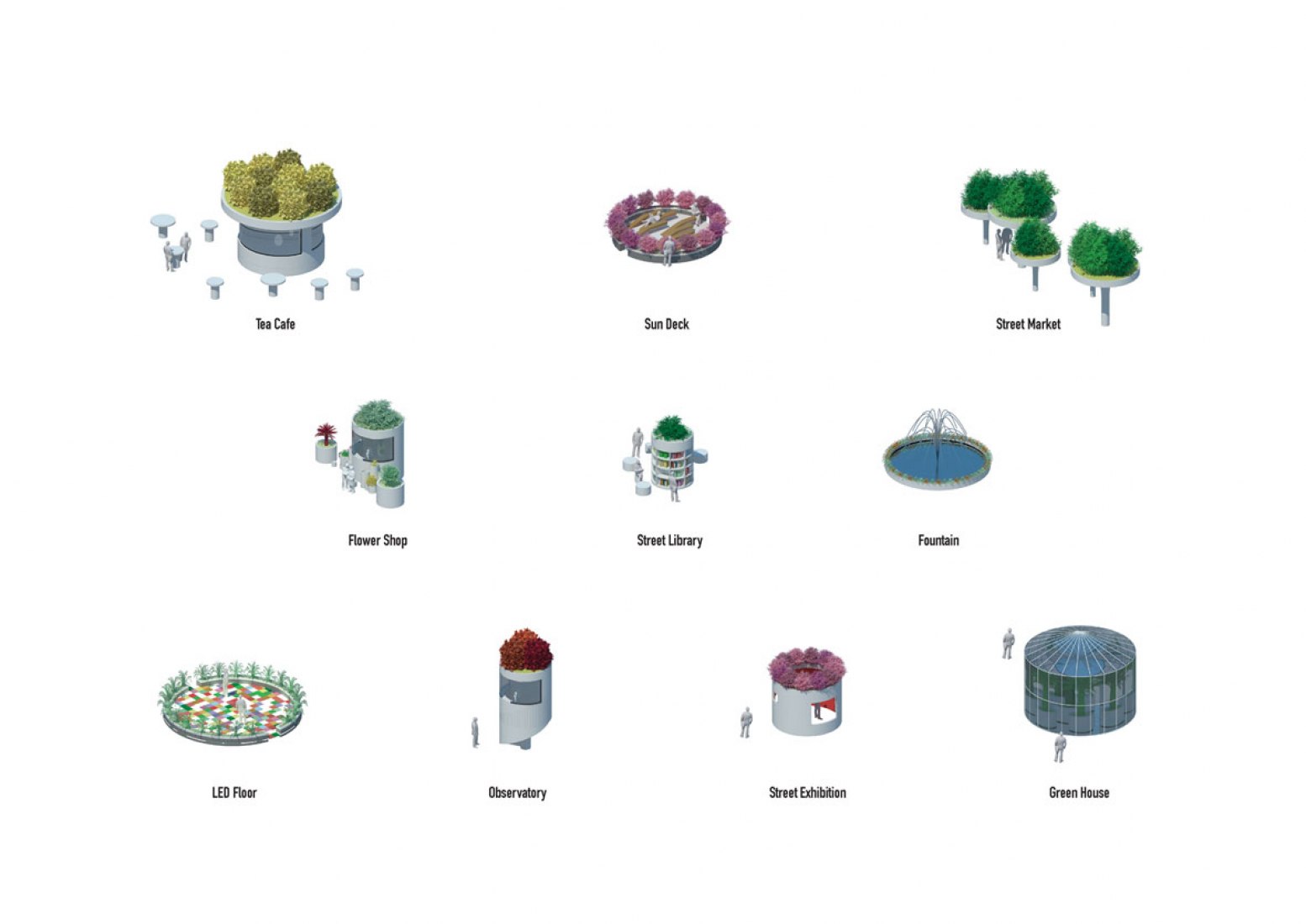 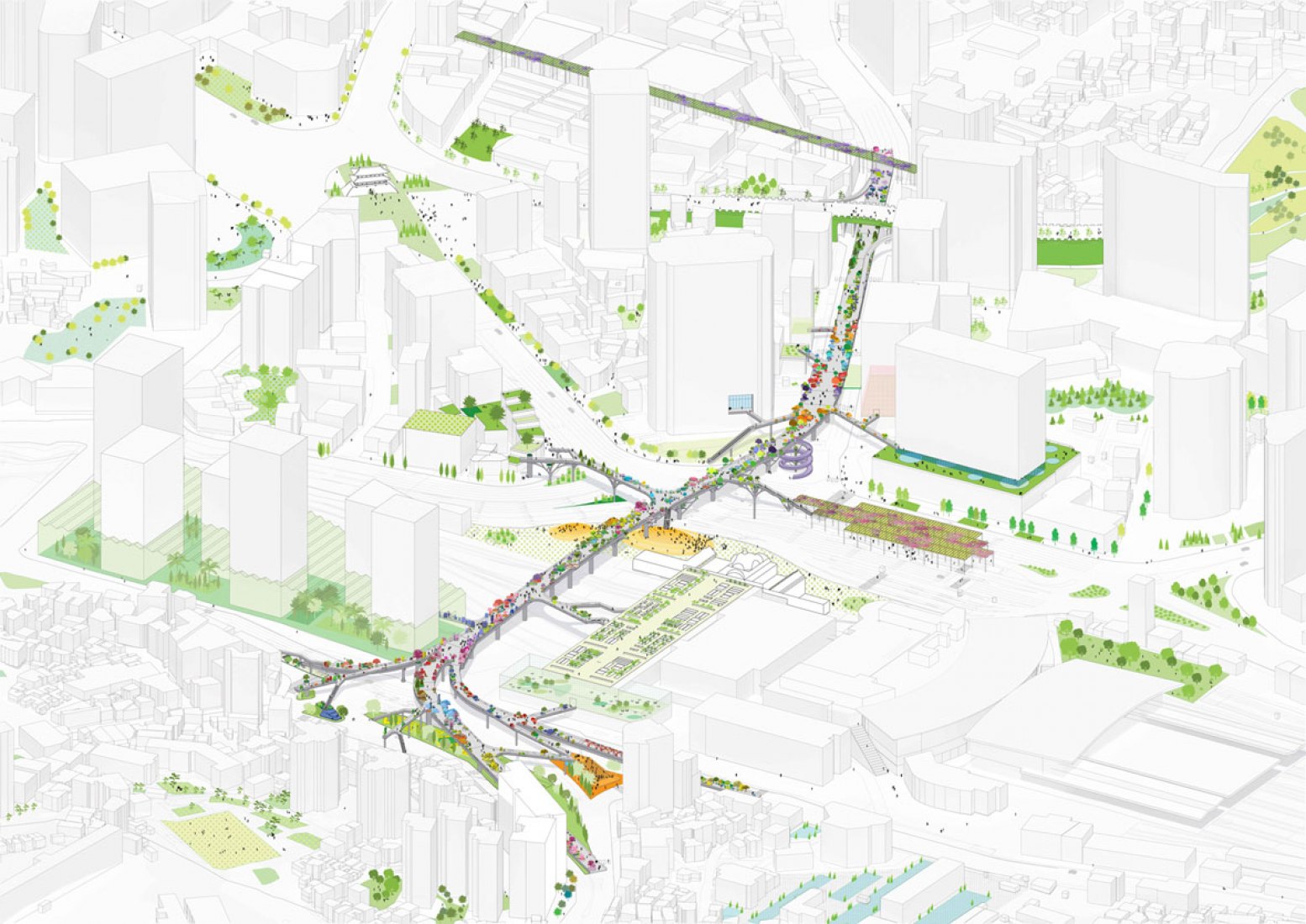 The Seoul Skygarden, MVRDV’s proposal for the 938 metre long former elevated highway next to Seoul’s Central Station, hopes to build on the city’s ambition to be greener, more attractive and more user-friendly so as to inspire a process of change for the entire neighborhood. The design populates the overpass with 254 species of trees, shrubs and flowers to create an arboretum of local species, a library of plants that can be enjoyed by Seoul’s public, and a nursery for the city’s other green spaces. Organised according to the Korean alphabet, this library makes legible the natural diversity of the city, allows citizens to take a selfie next to their favourite local plant while knowing its name. The new overpass will cut the 25 minute walk around the station to just 11 minutes, and will generate 1.83 times the cost of its renovation and maintenance in economic benefits, according to joint research by Seoul Institute and the Korea Planners Association.

The Seoul Station Overpass was built in the 1970s to provide a vehicular connection from Namdaemun market, the largest traditional market in Seoul to the East, across the station area to the various parks in the West.

Following intensive safety inspections in 2006, the City of Seoul deemed the 17-metre high structure of the overpass unsafe and intended to demolish and rebuild it, banning heavy vehicles’ access to the elevated roadway in 2009. Further consultation with residents and experts lead to the plan to regenerate the overpass, which totals 9.661 sqm in area, into a pedestrian walkway and public space, with the design competition launched in 2015.

Many viaducts and pedestrian overpasses in Asian cities are purely functional elements, but due to the scale of the Seoul Station Overpass which was built for vehicle traffic, an opportunity exists to create a unique public space in the heart of Seoul. The ambition to make this space as green as possible while introducing new leisure functions requires a modular and adaptable approach. MVRDV’s design creates a library of local plants, a Korean arboretum of species planted in ‘neighbourhoods’ and arranged along the 938 metre length of the Station Overpass according to their names in the Korean alphabet. In addition to the circular plant pots of varying sizes, a series of customizable activators such as tea cafés, flower shops, street markets, libraries and greenhouses will provide a catalogue of elements which will enliven the Seoul Skygarden.

In the future, the overpass will evolve with new plants and new activators so as to become an ‘urban nursery’, rearing trees for the surrounding districts. Additional structures of stairs, lifts and escalators as well as new ‘satellite’ gardens, can connect to the Skygarden, sprouting like branches from the existing structural piers. These extensions can inspire further additions to the area’s greenery and public spaces, and will connect the Skygarden to its surroundings both physically and visually through plant species related to each of the neighbourhoods. These neighbourhoods make the Skygarden easy to navigate due to their alphabetical order and consistent signage, as well as the clear differentiation between plant species in each cluster, and give a unique character to each space. 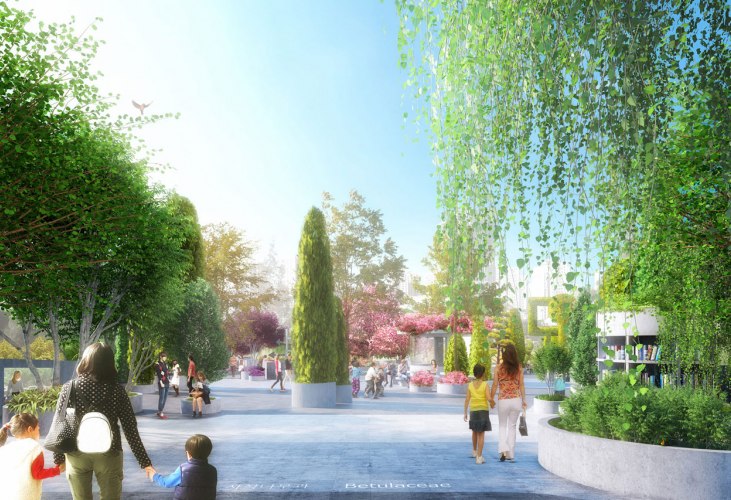 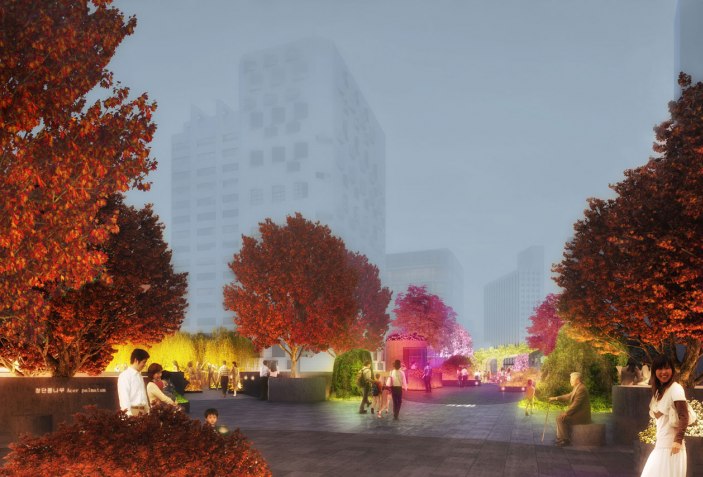 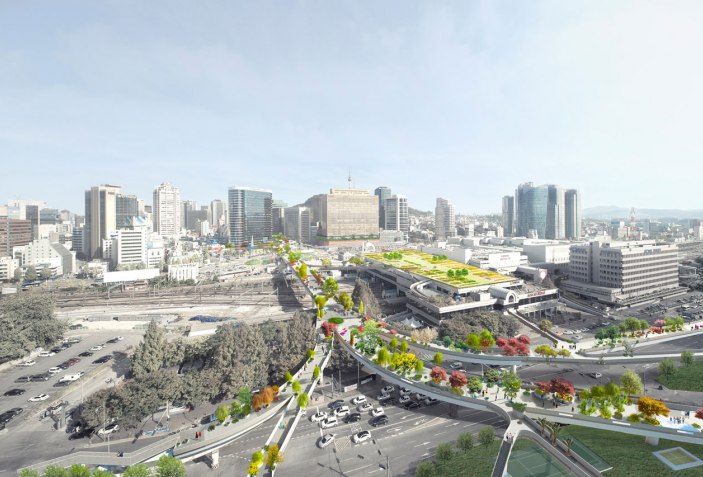 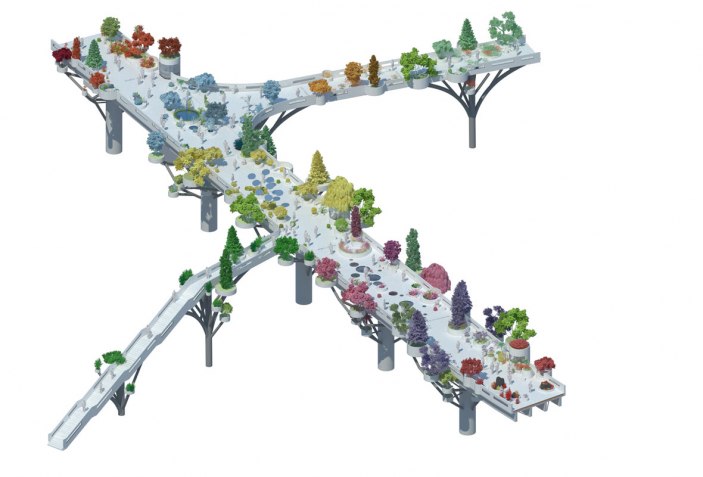 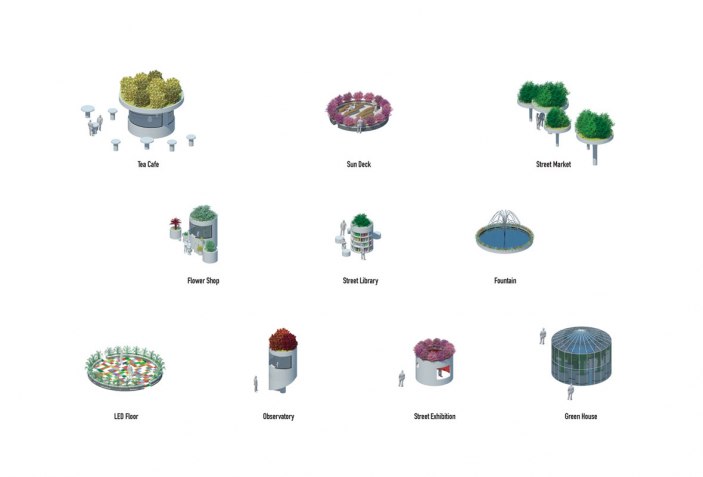 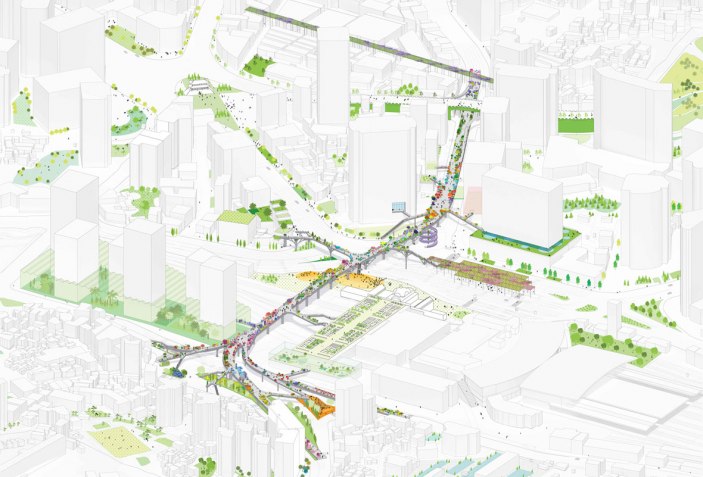 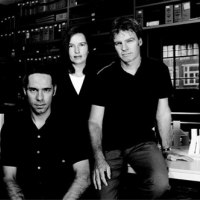 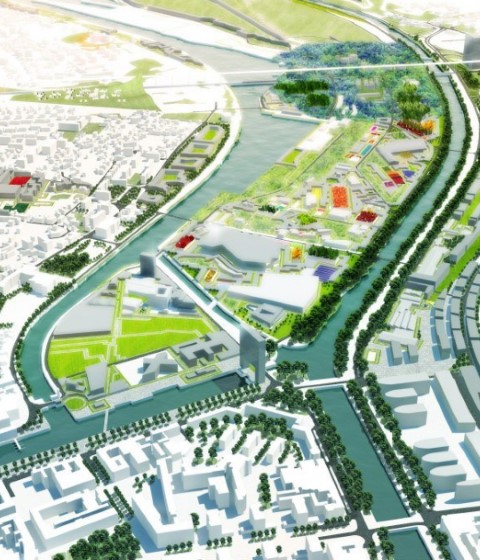 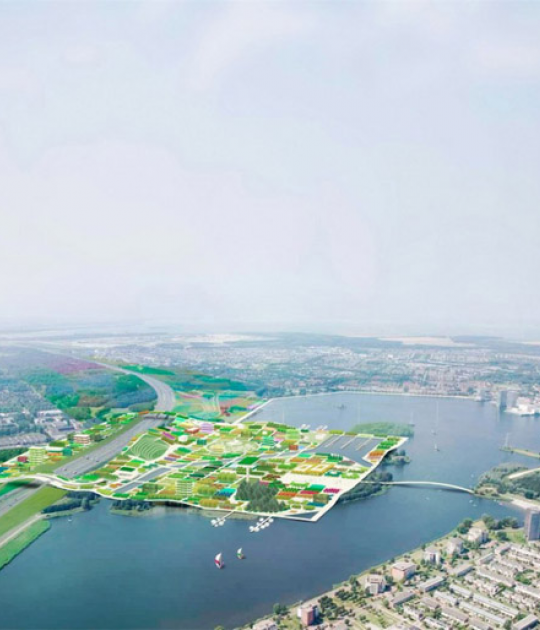 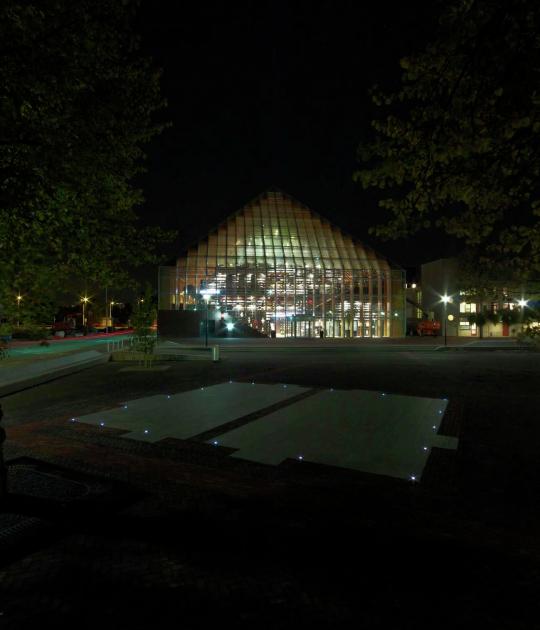 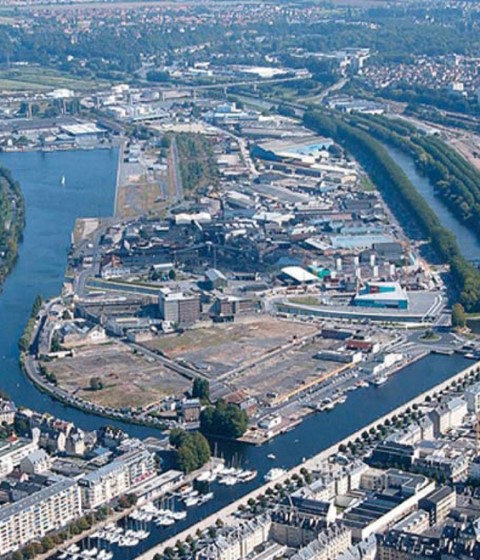 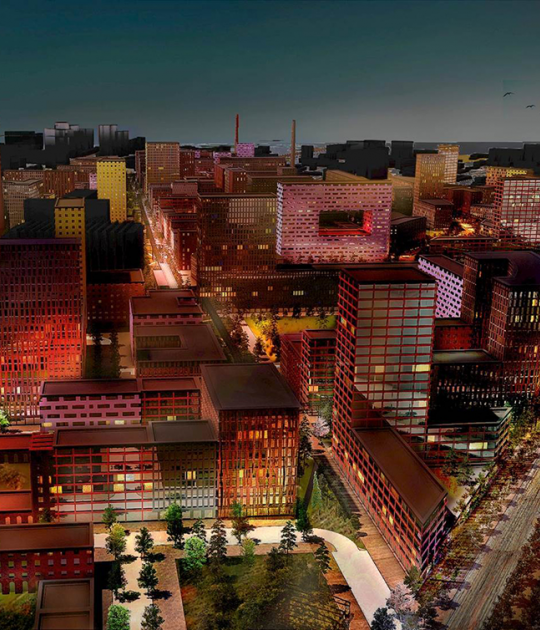