Following a year-long competition process involving some of the world’s leading architecture firms, AL_A has been named the winner of an international competition to design a new Philharmonic Concert Hall in Belgrade.

The London-based architecture studio beat out six other finalists in the UNDP-sponsored contest (United Nations Development Program) that will bring a record amount of cultural spending to the region in the form of a four-part,1,600-seat concert venue overlooking the Blue Danube. 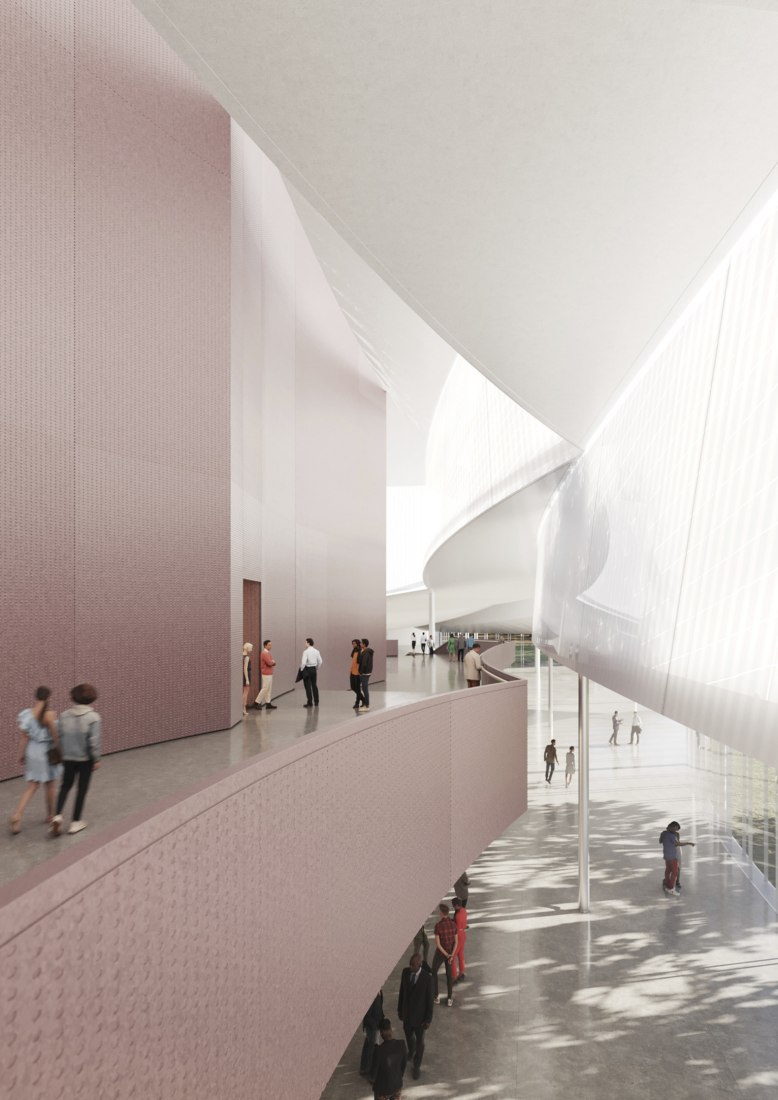 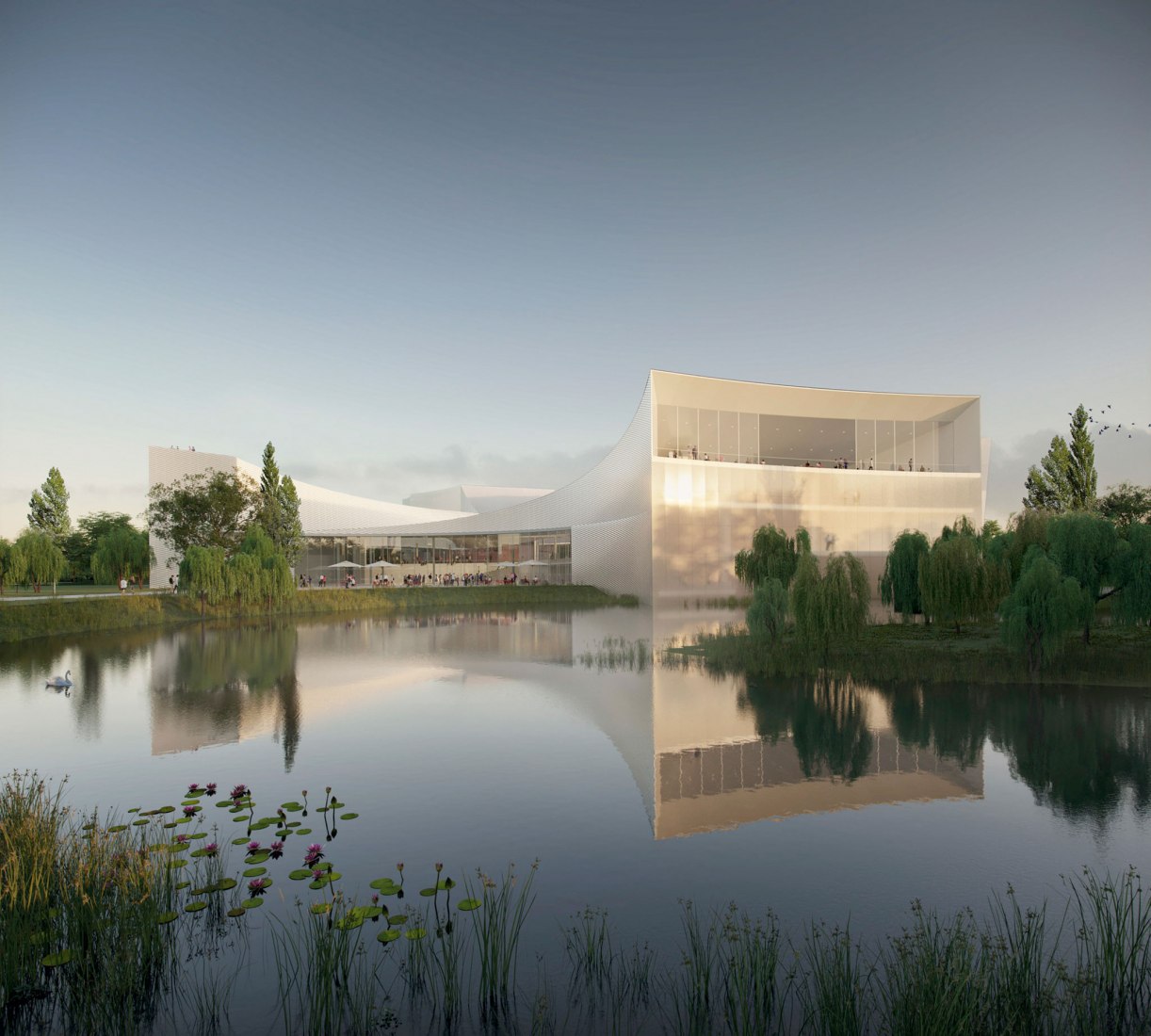 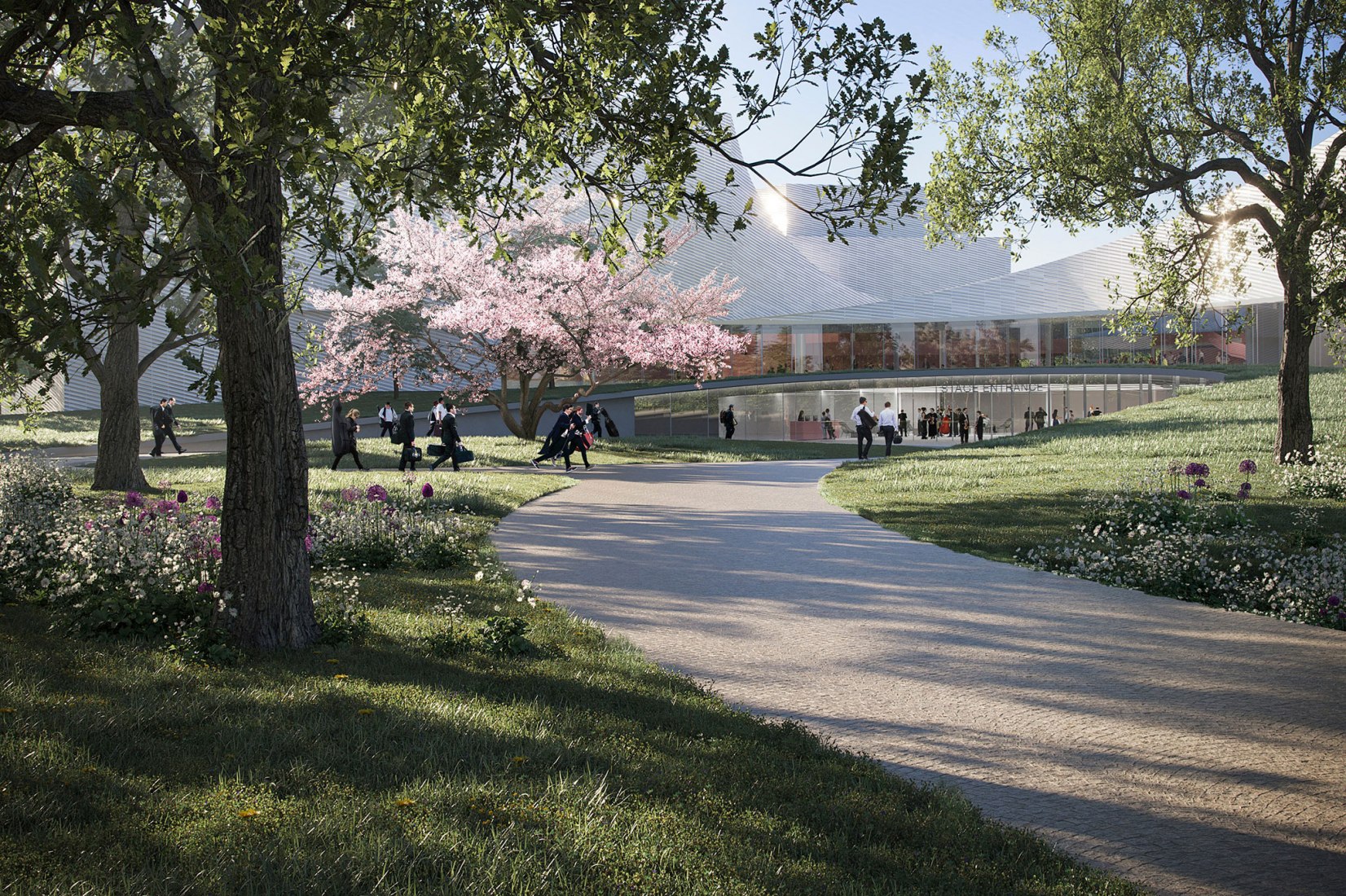 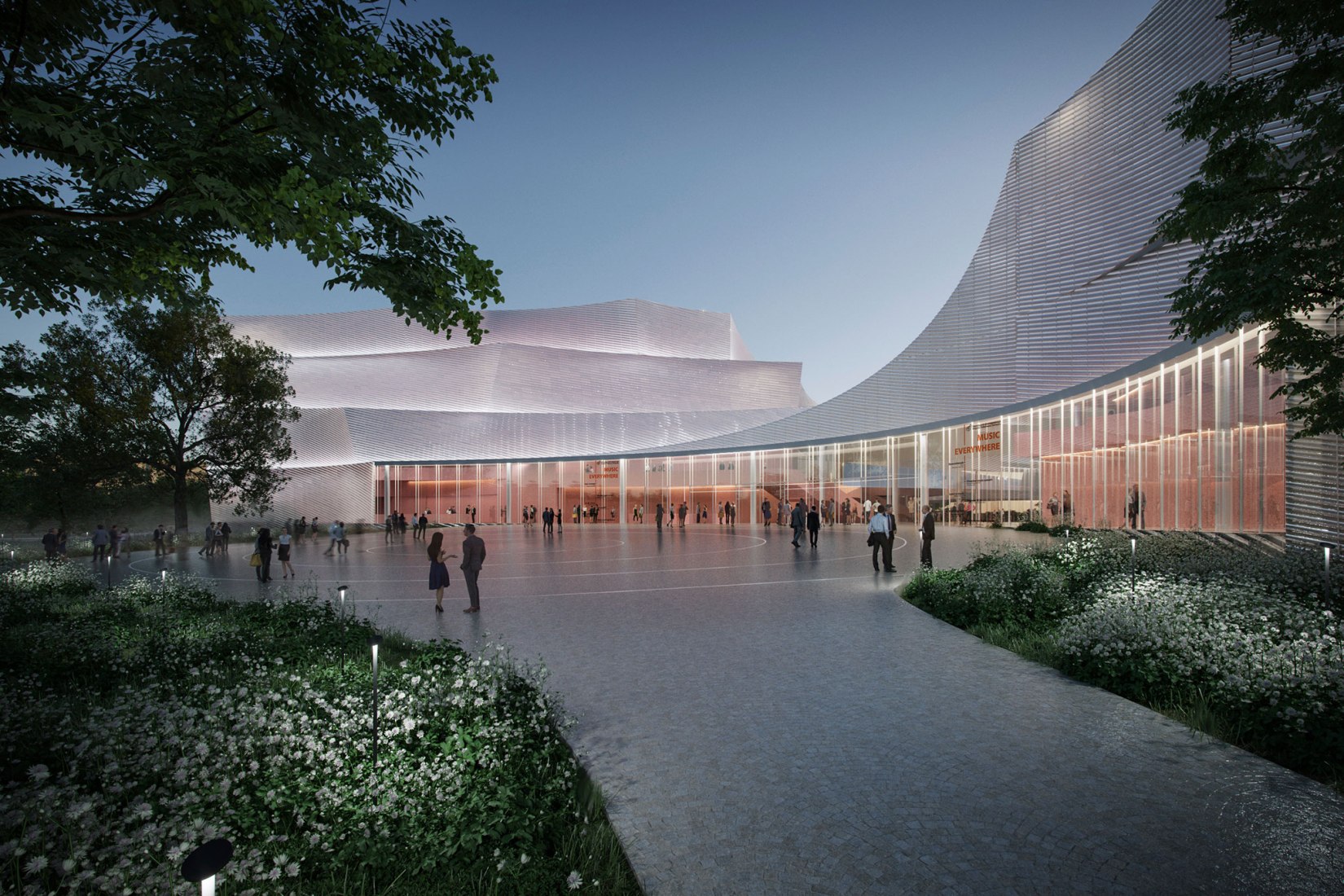 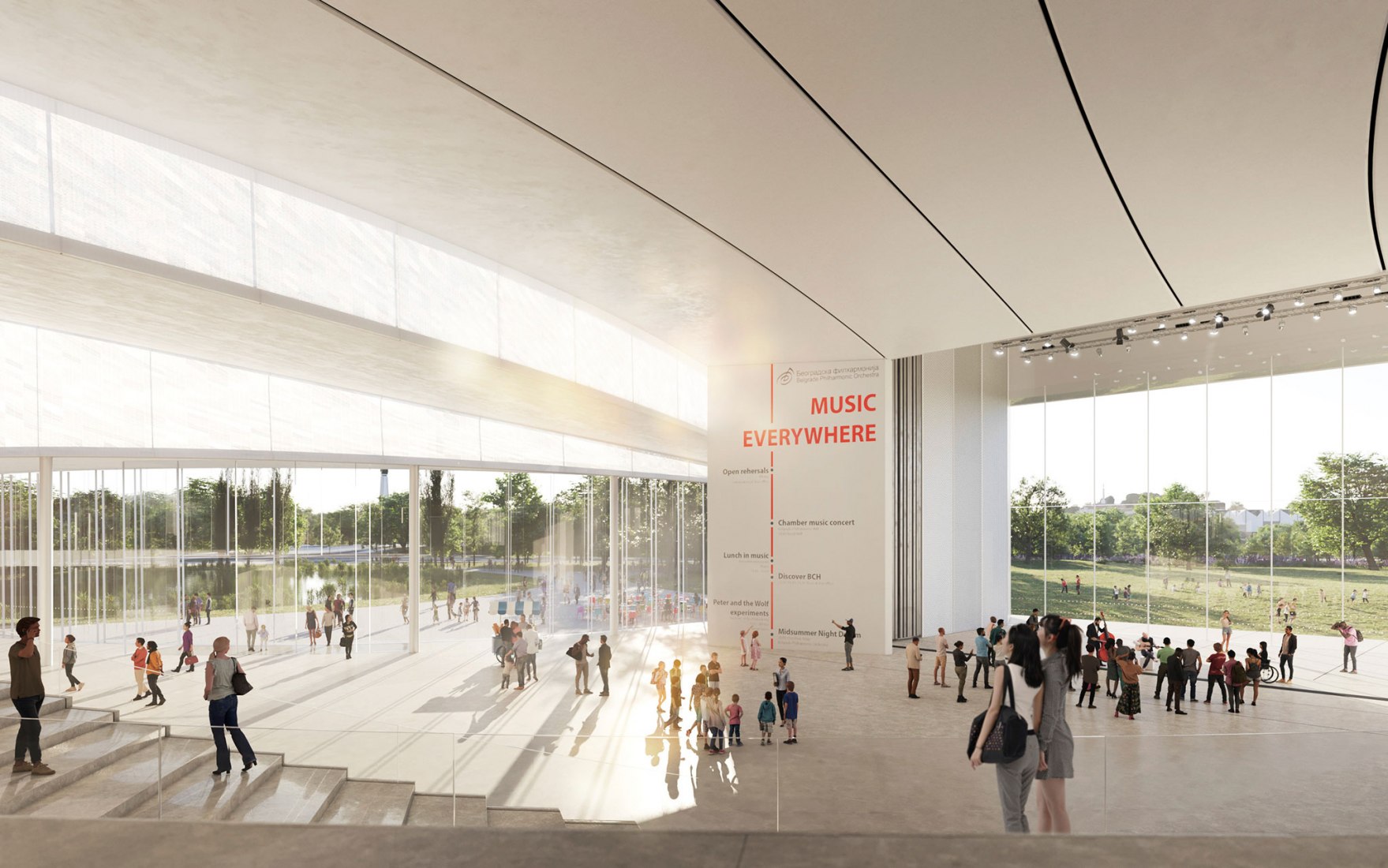 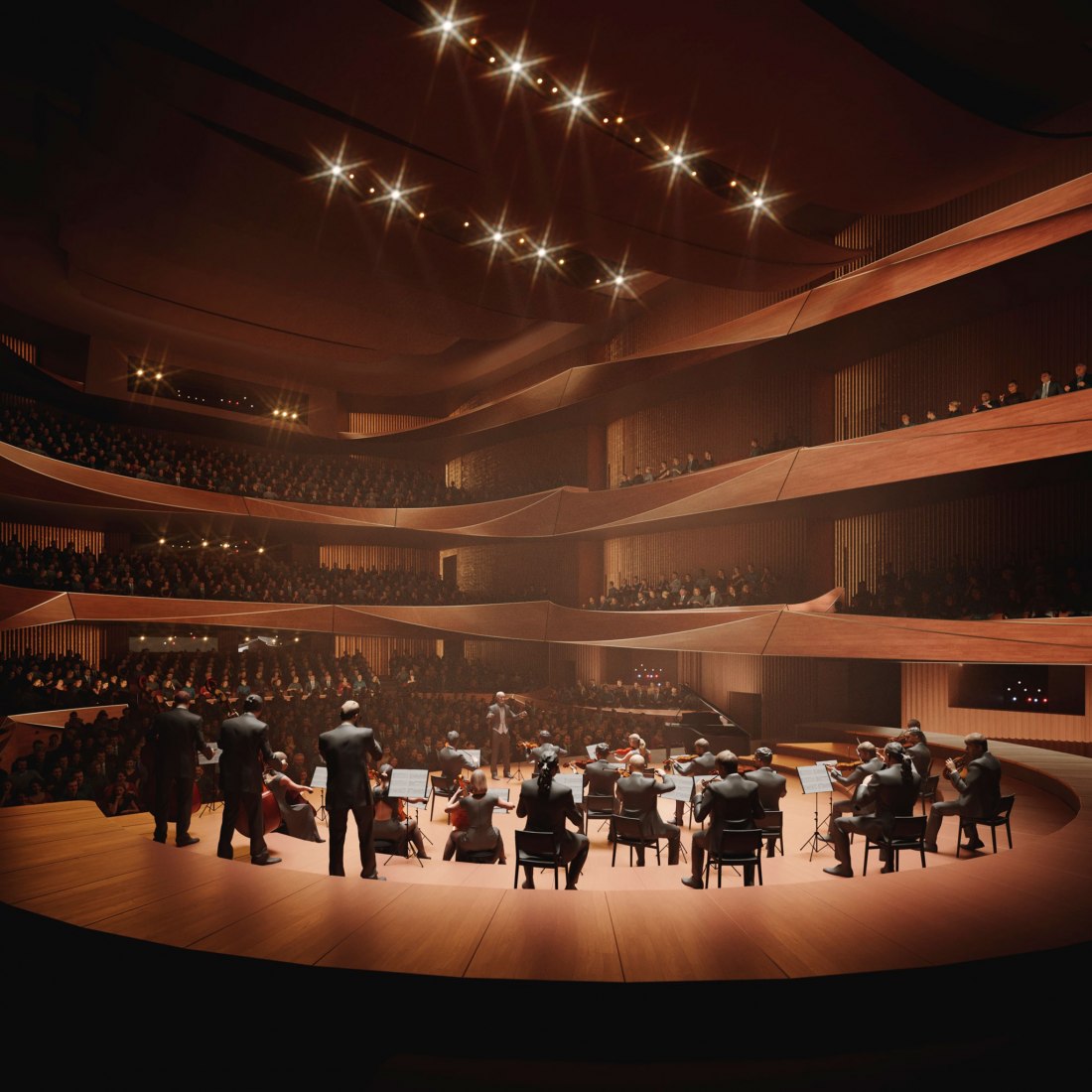 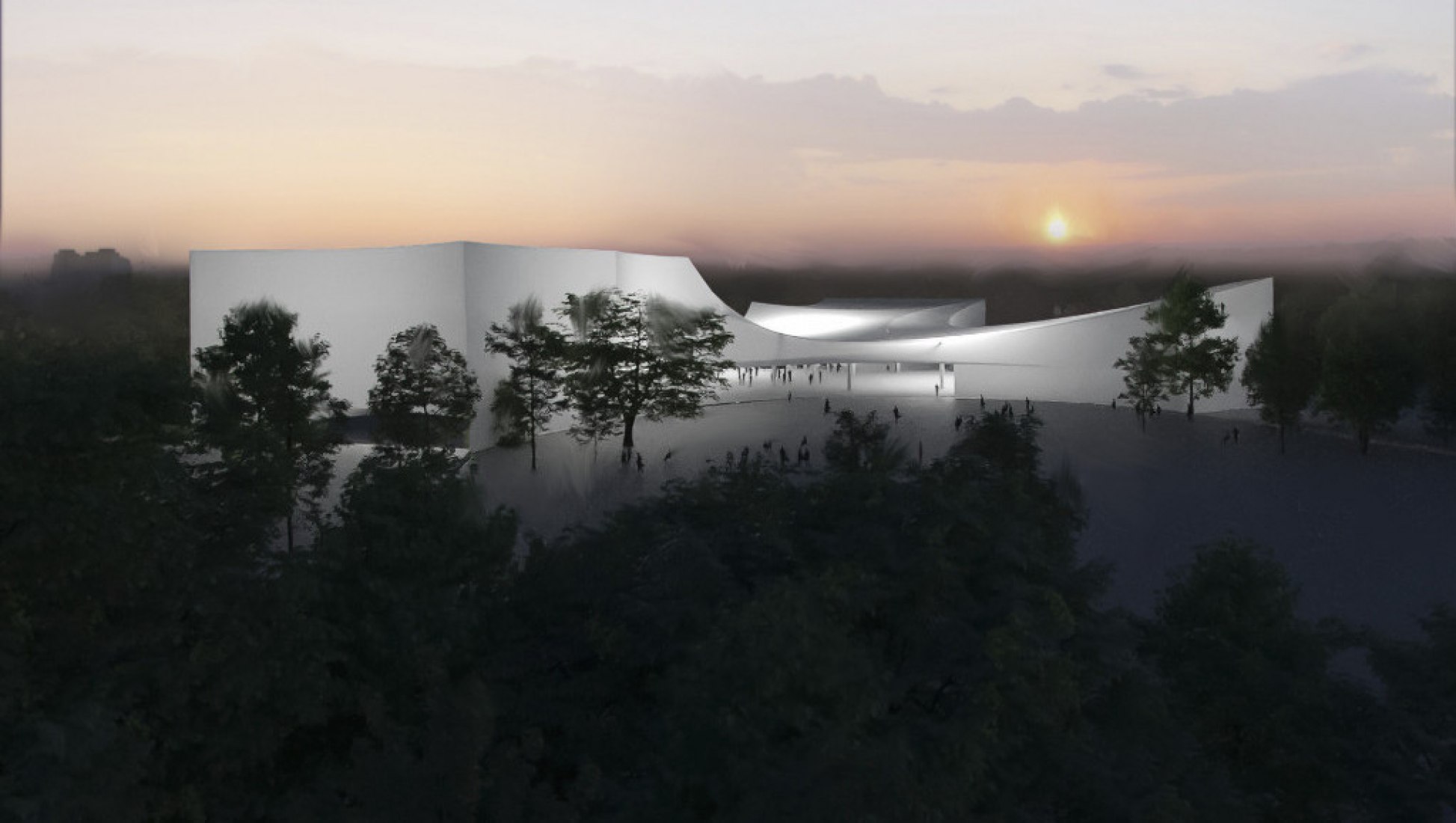 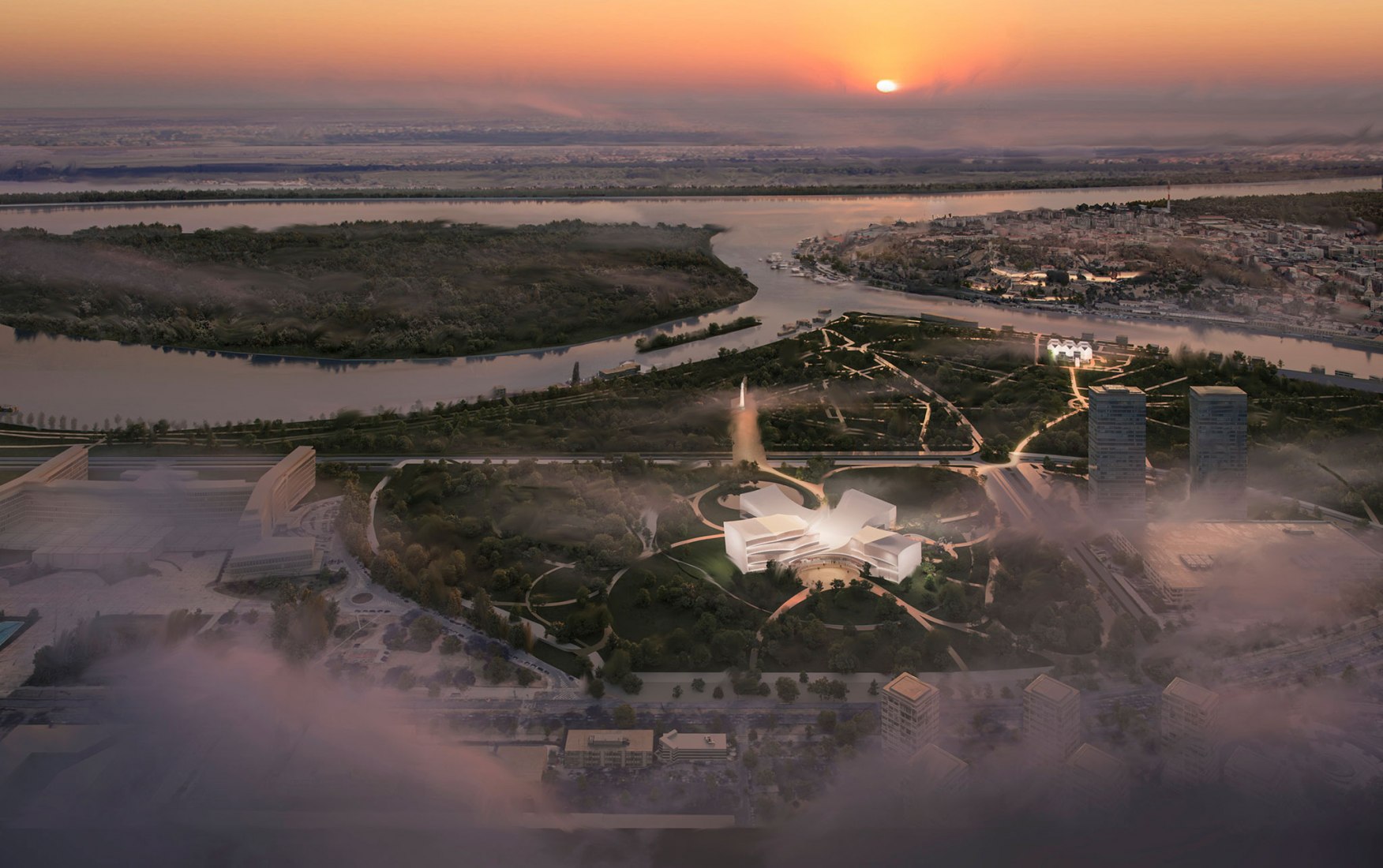 The overall development will include at least four distinct venues surrounding a circular core social area, with back-of-the-house operations sharing space on the development with a newly formed town square.

AL_A is an architecture studio founded by RIBA Stirling Prize-winning architect Amanda Levete. Notable projects of hers include the Victoria & Albert Museum in London and the Museum of Art, Architecture and Technology in Lisbon.
Project description by AL_A

Following a year-long competition process involving some of the world’s leading architecture firms, AL_A has been selected by the UNDP to design the new Belgrade Philharmonic Concert Hall.

The Concert Hall is a landmark project for the City of Belgrade and Serbia. It is the biggest cultural investment in the region for decades. Located next to the historic Palace of Serbia in New Belgrade, the project is an extraordinary commitment to building a brighter, more sustainable future for the city. With multiple performances, rehearsal and creative spaces including a symphonic concert hall with 1,600 seats, the Hall will be the first of its kind in the Balkans: an internationally recognised platform for world-class musical performance and a magnetic civic gathering place.

‘The Belgrade Philharmonic Concert Hall is the largest cultural infrastructure project in Serbia, and the region, and will be one of the largest in Europe itself. I am proud that this decades-long dream, of our professional musicians, young talents, music lovers and the people of Serbia, is finally coming true in such a beautiful shape. I believe that this Hall will be one of the greatest cultural legacies of this Government. Investing in culture and in education is crucial for setting the pillars of a successful and strong modern country. This is something we have begun with numerous similar cultural projects. This Concert Hall is most definitely going to become a new landmark of Belgrade and attract visitors and tourists to our country. Furthermore, with its quality programs, it will enrich our citizens’ cultural life. I strongly believe that it will become another regional hub for making contacts and knowledge exchange, with the flow of creativity, ideas and experience of both domestic and foreign artists’.
Ana Brnabić, Prime Minister of Serbia.

‘You couldn’t dream of a better site than this to message Serbia’s vision for the future. The magnificent setting of Ušće Park, on the banks of the River Danube, sends a powerful message about transforming and rewilding our cities to make them greener, more beautiful spaces. The Concert Hall will be an expression of harmony between nature, architecture and music, at a pivot point in Europe where East meets West. It will be a place where people from all places and cultures, of all ages and abilities, come together to delight in music from every genre.’
Amanda Levete. 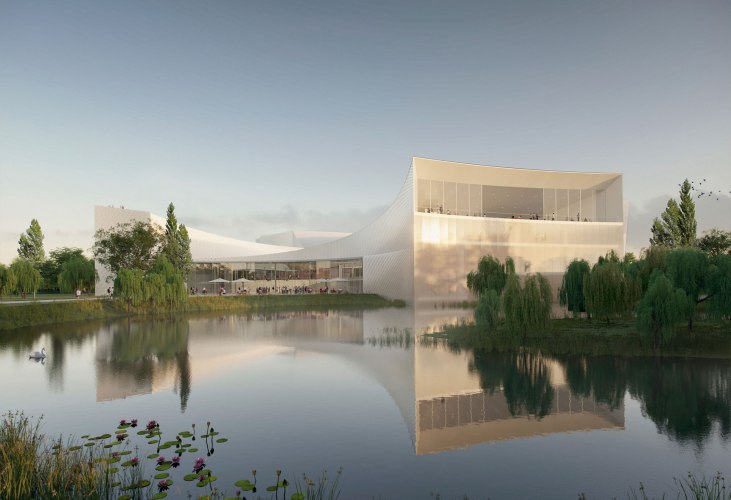 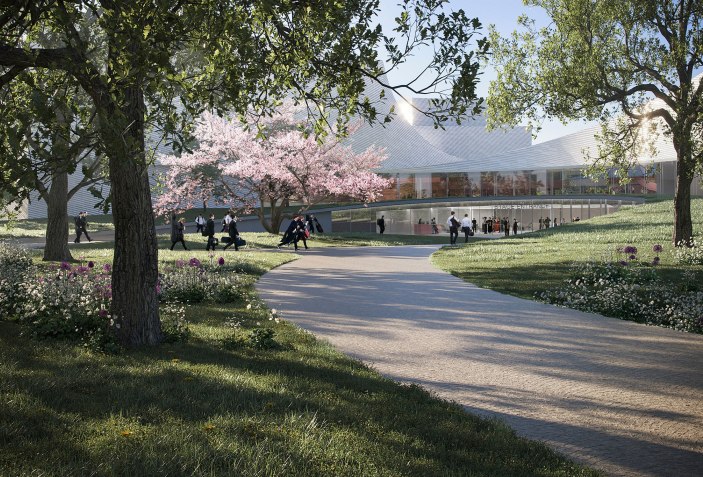 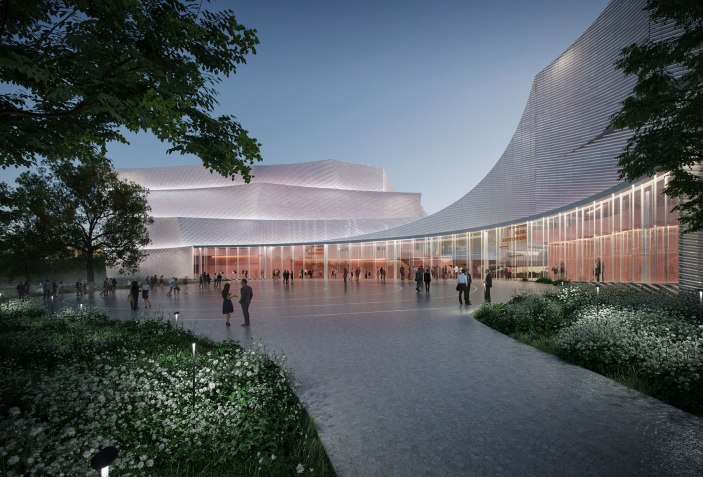 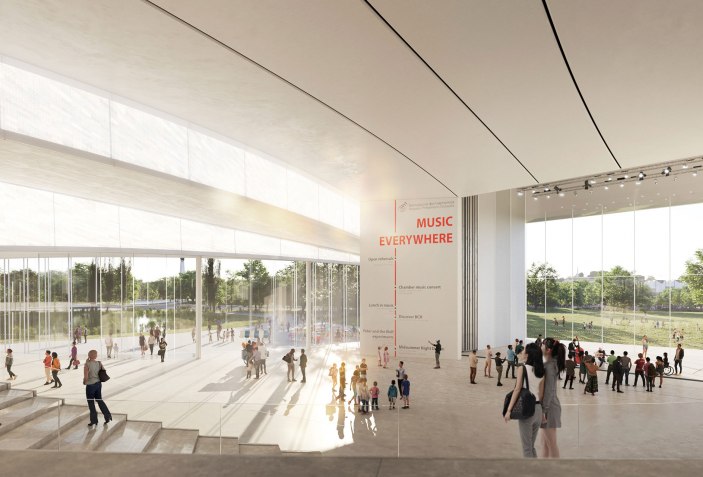 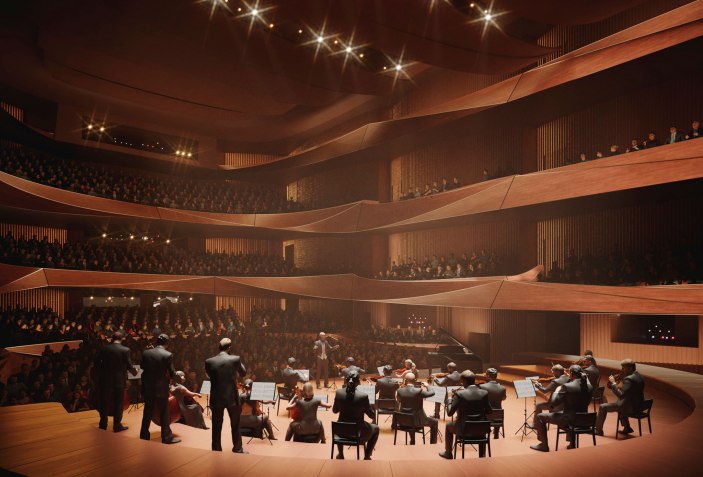 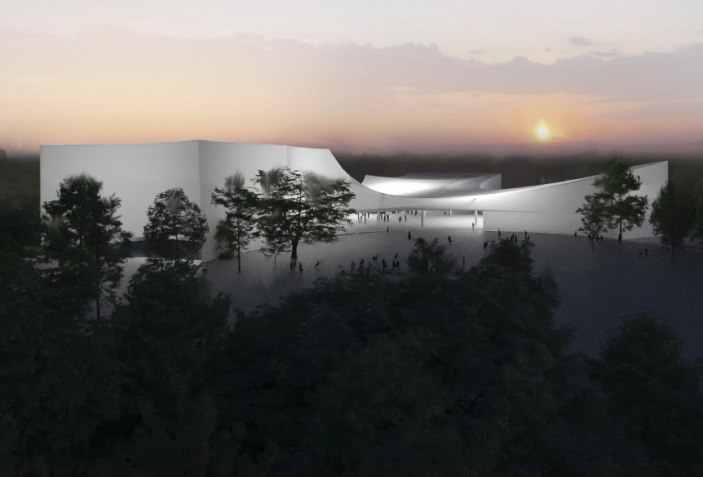 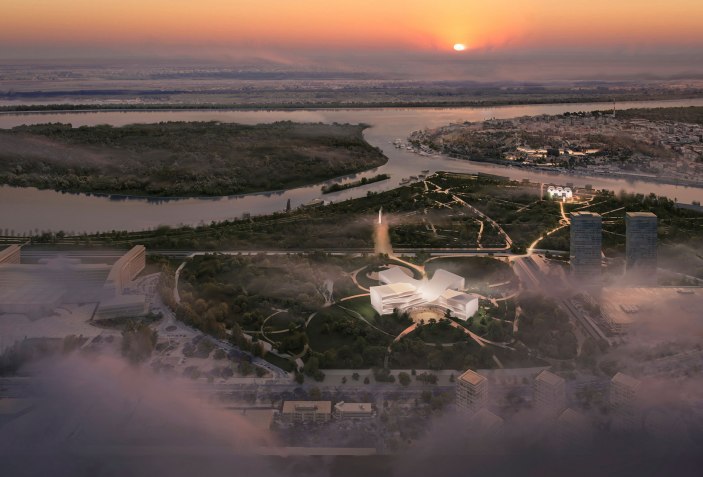 Client
UNDP, Government of Serbia and City of Belgrade.

Location
New Belgrade, next to the Palace of Serbia, in Block 13. Belgrade, Serbia. 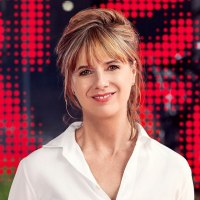 Amanda Levete is a Stirling Prize winning architect and founder and principal of AL_A. She trained at the Architectural Association and worked for Richard Rogers before joining Future Systems as a partner in 1989, where she realised groundbreaking buildings including the Media Centre at Lord’s Cricket Ground and Selfridges department store in Birmingham. Amanda is a trustee of leading social innovation centre the Young Foundation and has served as a trustee of influential arts organisation Artangel for over a decade. She is a regular radio and TV broadcaster, writes for a number of publications, including the New Statesman and Prospect, and lectures worldwide. 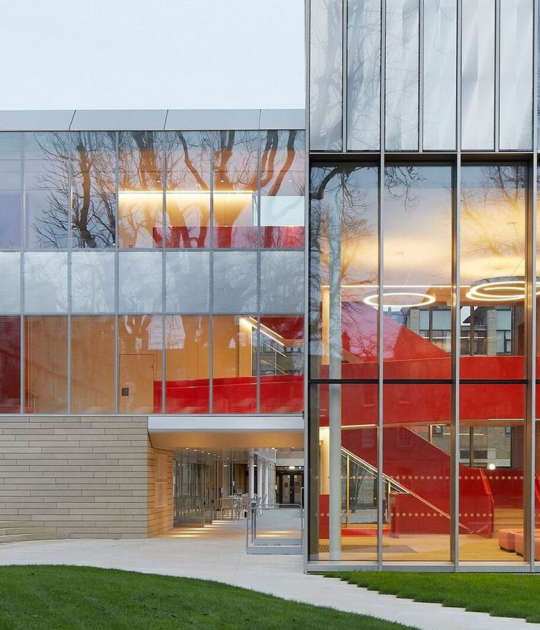 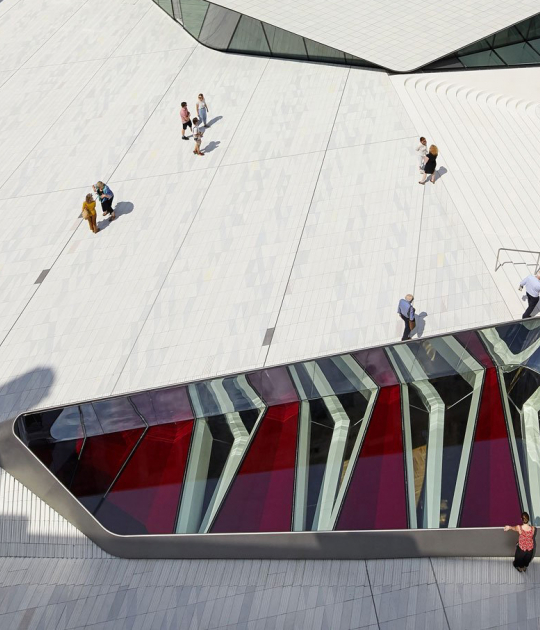 Magnifying the fact of access. A new entry for the Victoria & Albert Museum by AL_A 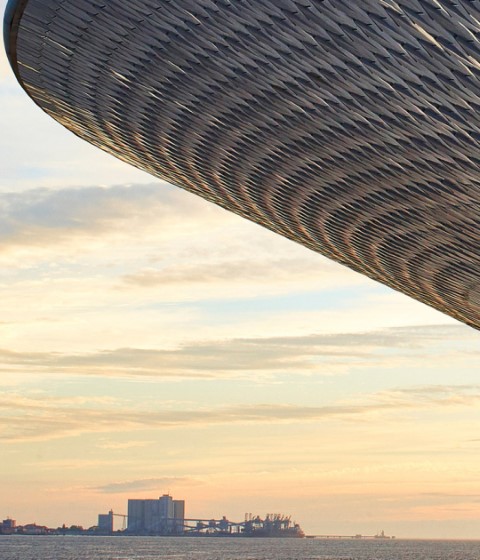 Museum of Art, Architecture and Technology by Amanda Levete 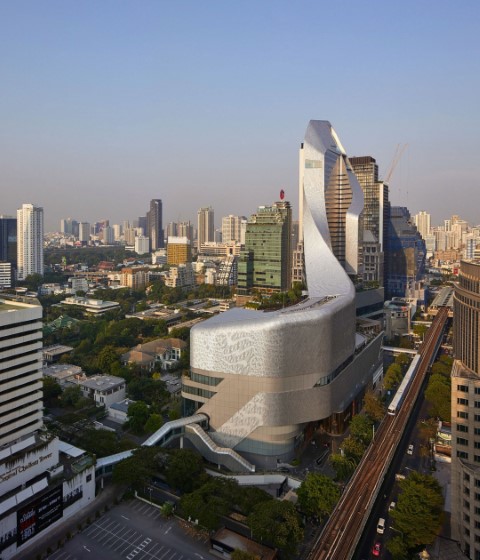 A sinuous skin with 300,000 aluminum tiles. Central Embassy in Bangkok by AL_A 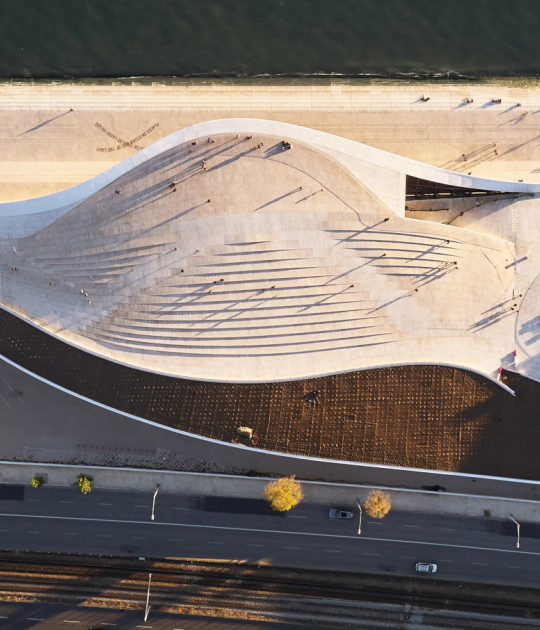 Museum of Art, Architecture and Technology by AL_A [II]