I am writing this text knowing the Fontán building only from some photos provided by Metalocus and from what I have been able to see through Google maps. This second case confirms that the ideas that organize and qualify a project can become blurred when it comes to making it real until all that remains of the original ideas, such as the hulls and breastplates that finish off balustrades and roofs in monumental architecture.

I also knew that his friend Andrés Perea was working in the direction of the works of the Cidade de la Cultura de Santiago, but not that what seems to be the last building of the Cidade or the last part of this unit was his responsibility. And from what I know of his work, the abundant and overflowing work seems, "a priori" difficult to subject to the law that governs this unit, the topography of the roof, almost a carpet that reduces to very little or almost nothing the presence of what it covers. 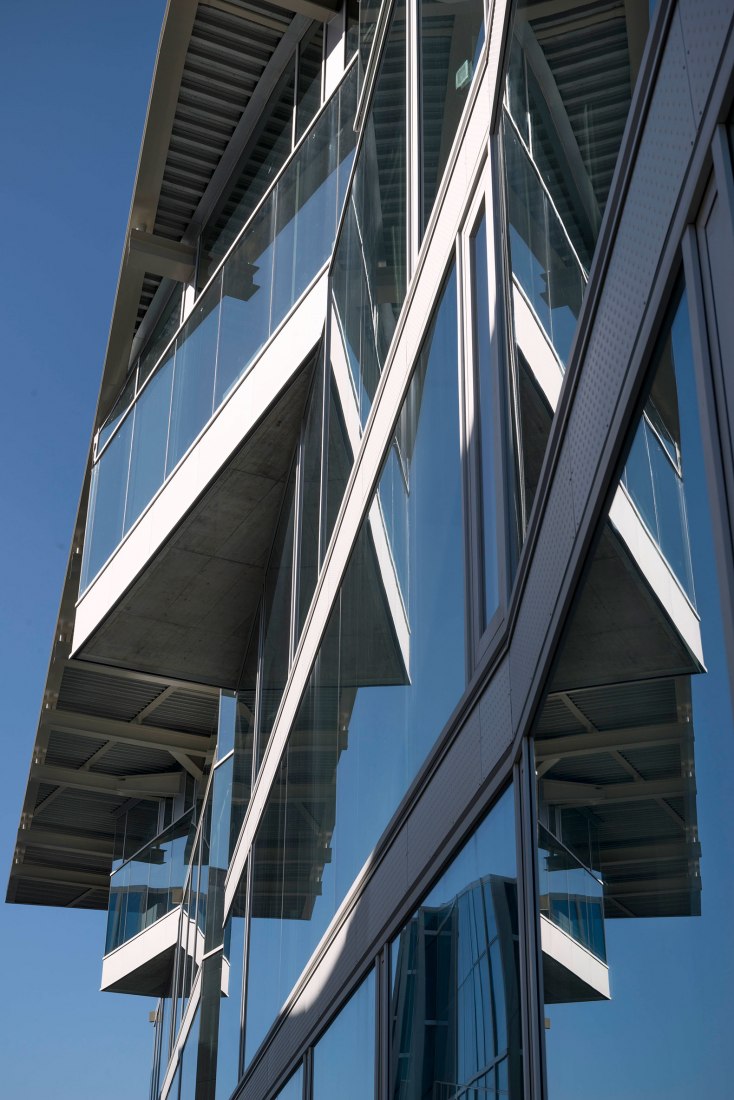 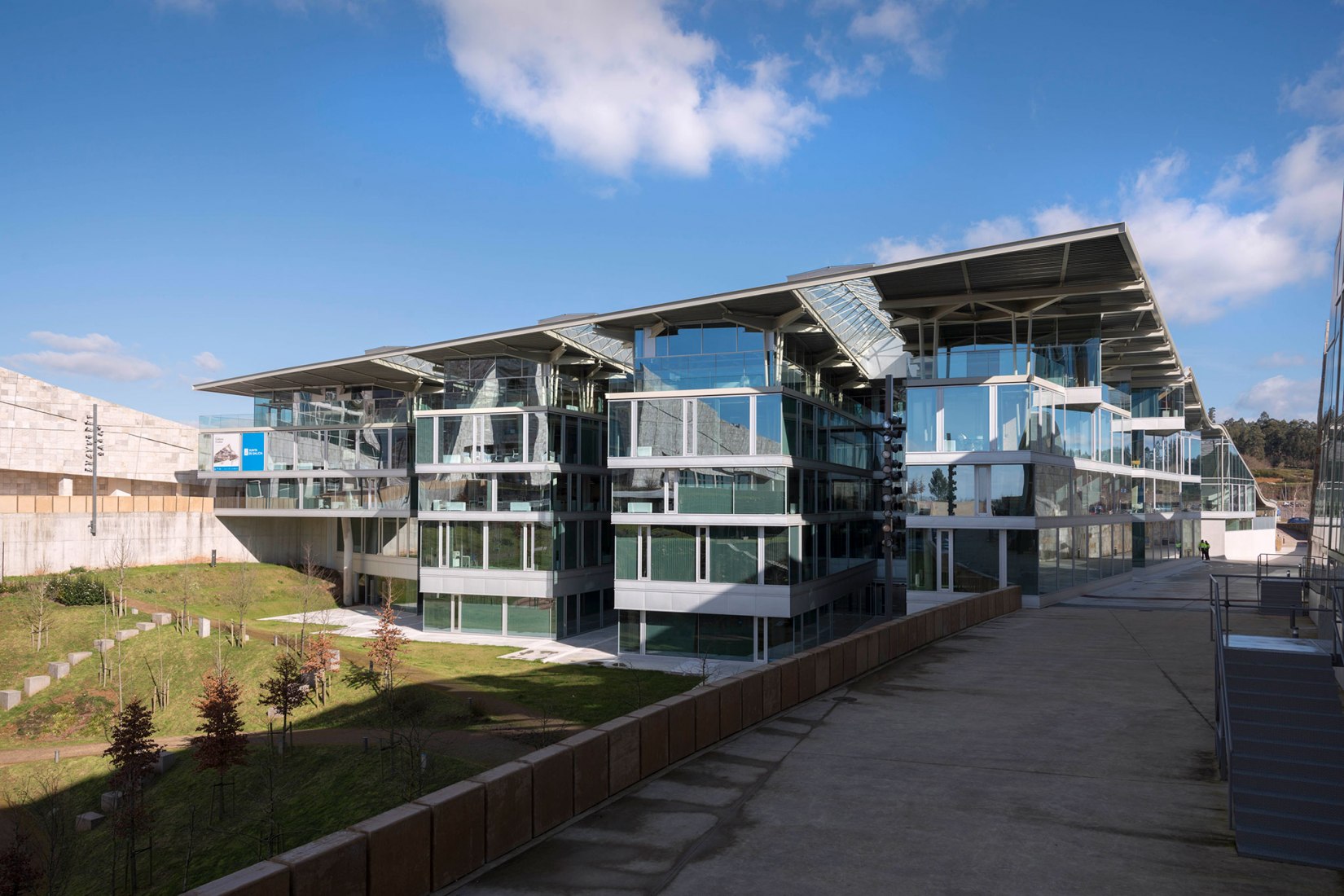 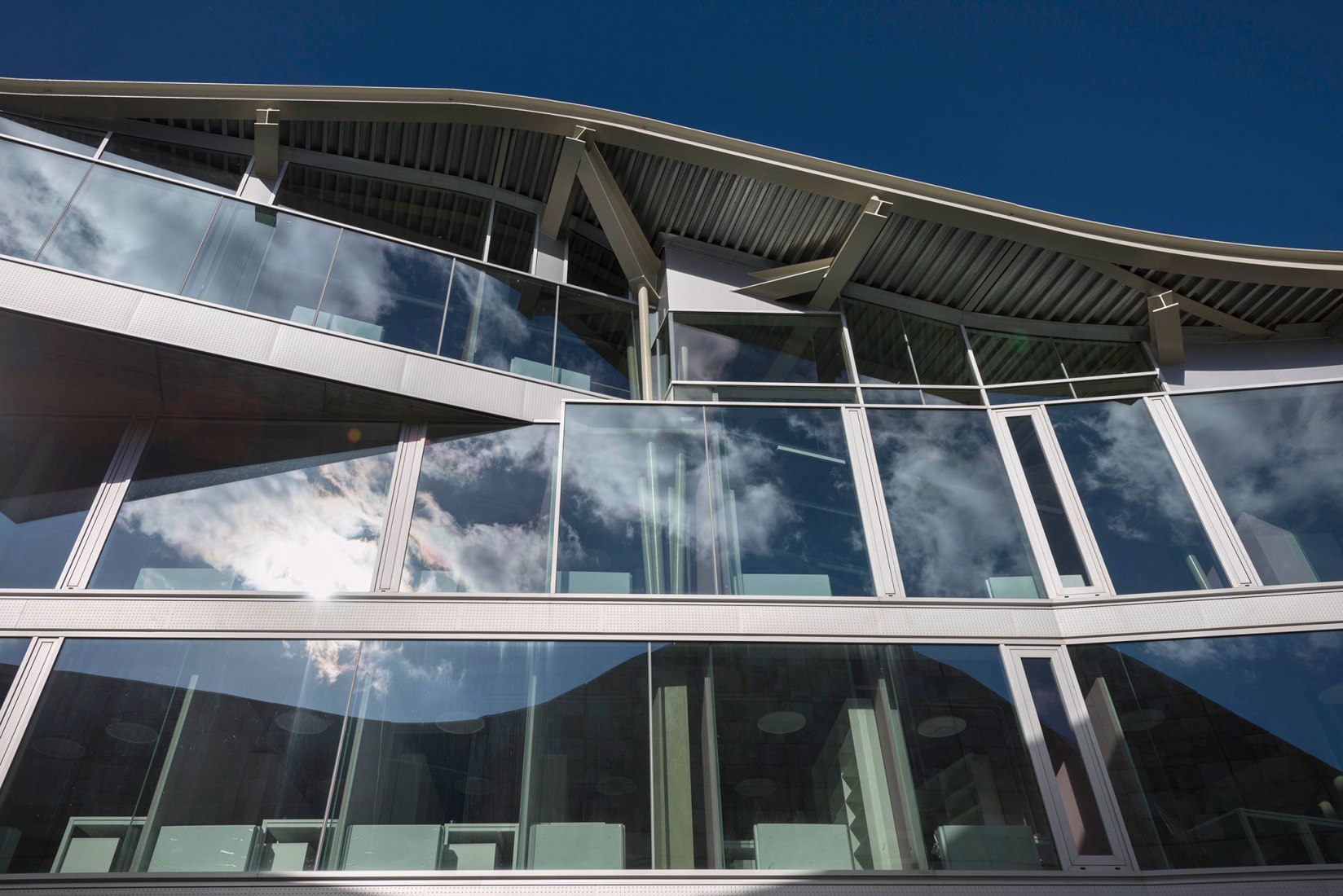 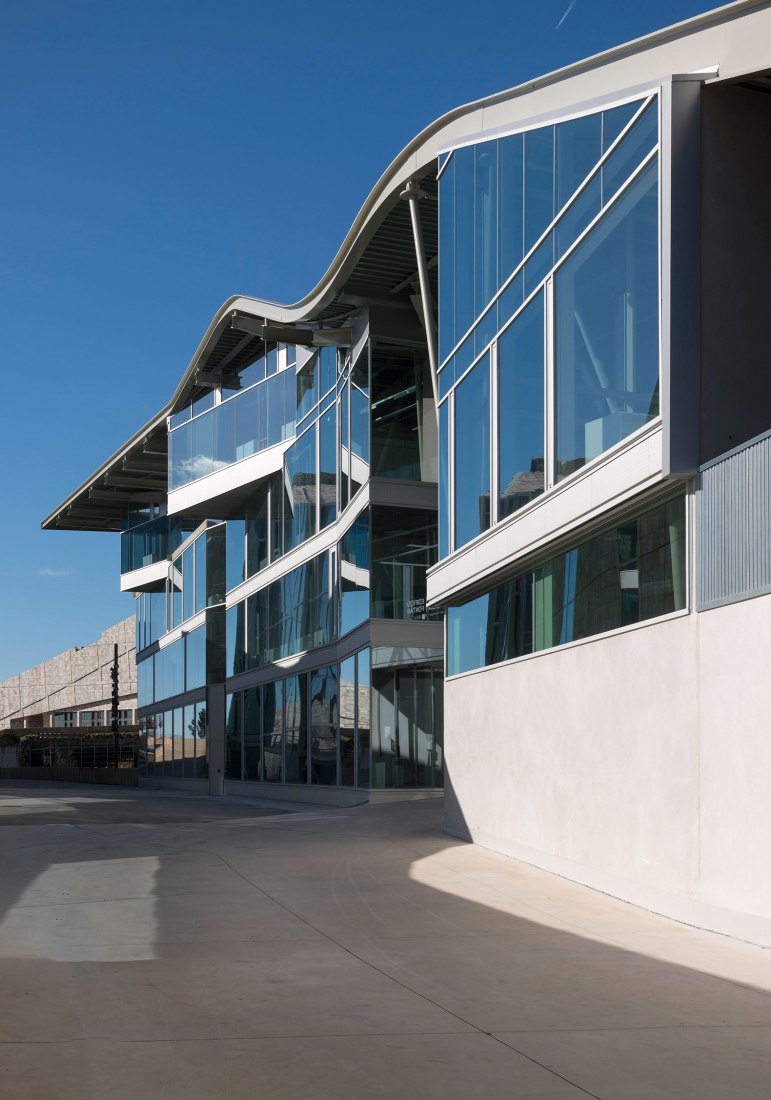 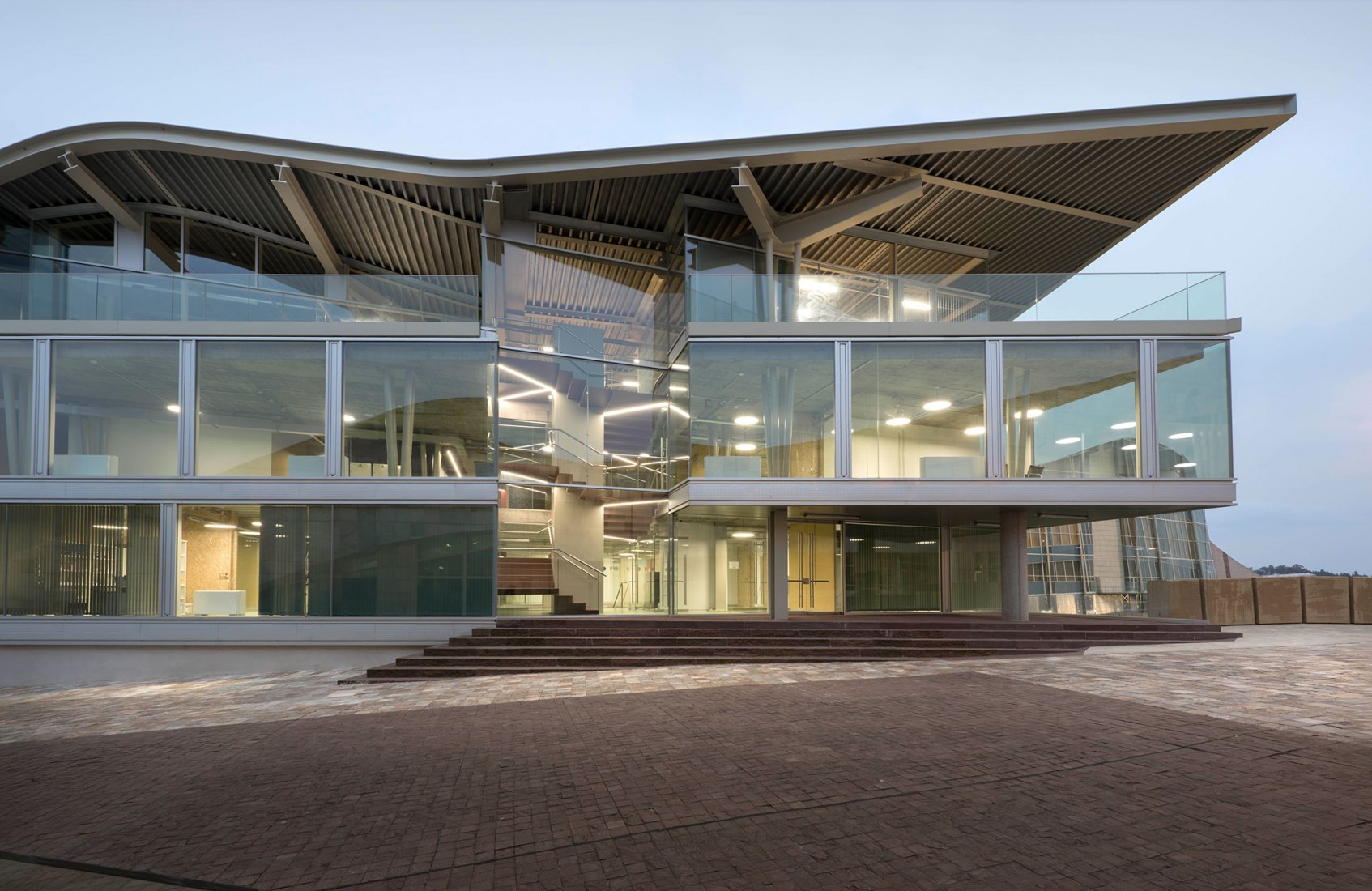 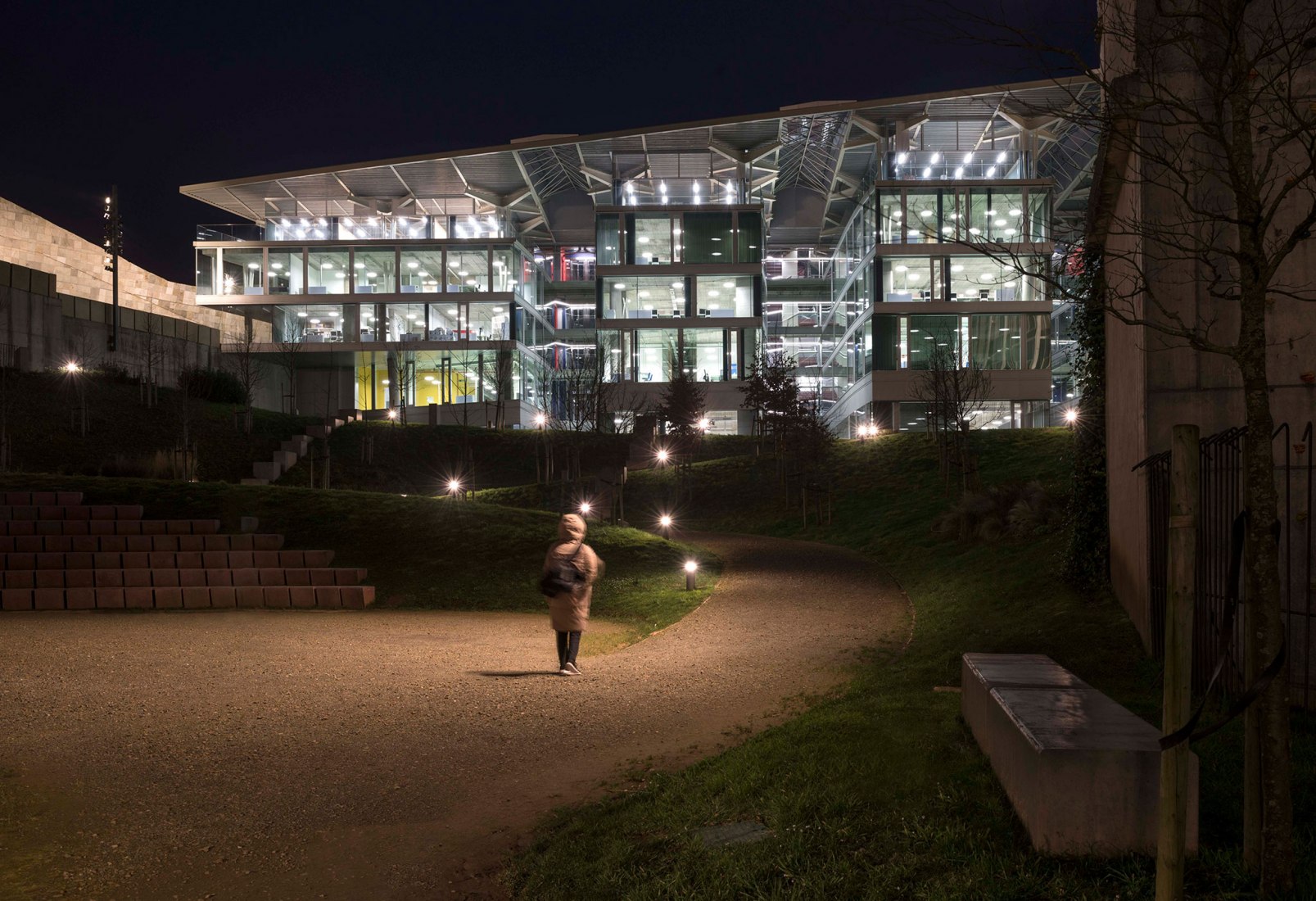 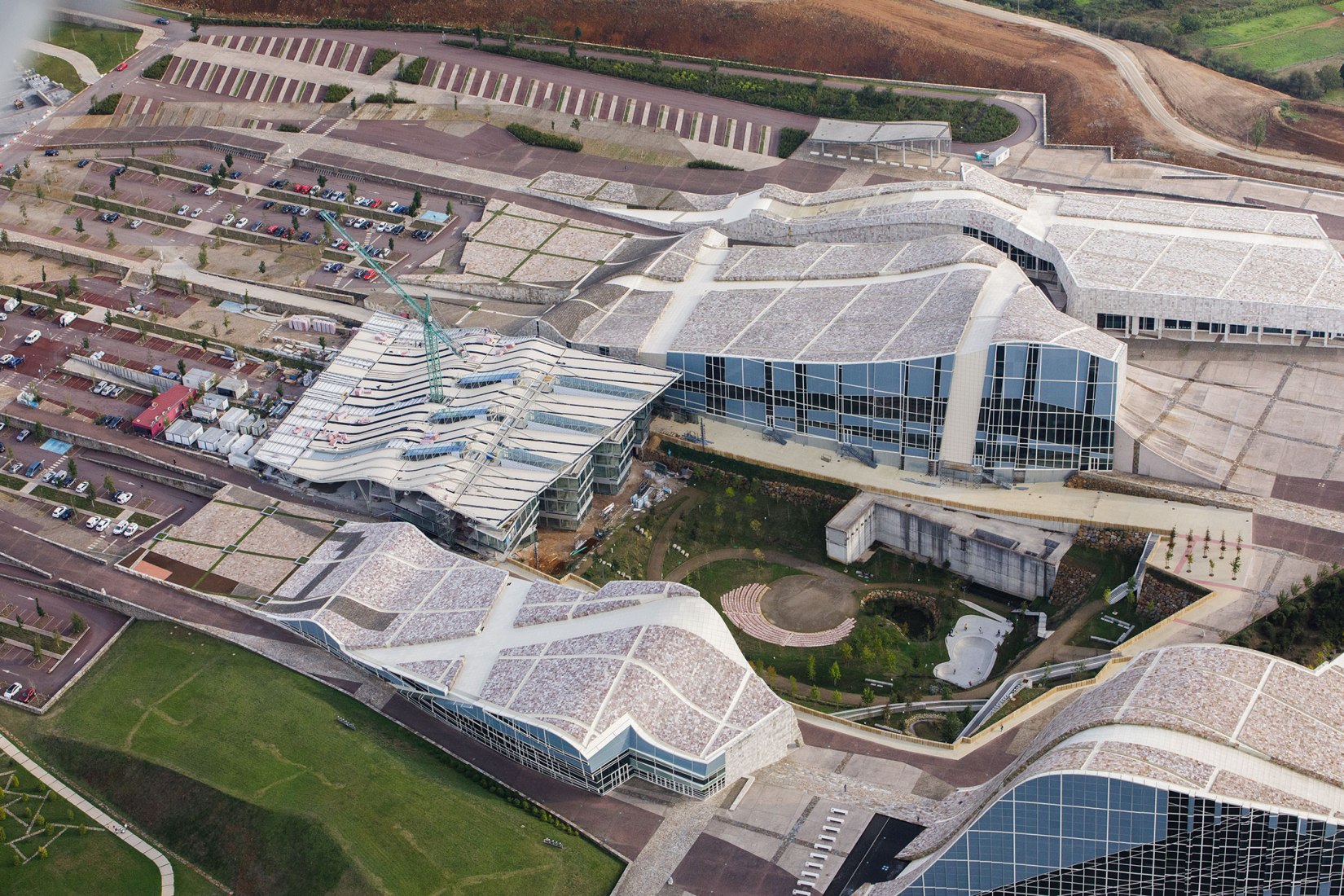 I am now looking at the photos sent to me by Metalocus.

The Cidade also has something of an airport, there are no planes, and it is the airport itself that wants to take off. The Fontán building also takes off, it is subject to folds like the whole Cidade, but it is back, I dare say.

I also dare to say that it is back because Andrés Perea's architecture cannot be hidden under a carpet.

The carpet that covers the constructions, which in a certain way reduces them to mere extras in this single role, is emptied, hollowed out, made transparent, and lightened in the Fontán building and begins to be the recipient of the multiple instruments that Andrés Perea's architecture brings into play.

In addition, the roof interacts with what it covers, which in turn ceases to be neutral and silent and, once again driven by the fertility of its architecture, multiplies into grandstands, viewpoints, patios, corridors, reaching structures, installations, materials, etc.

And what is under the carpet, I don't know if I'm wrong, if so I apologize, I haven't been there, which hierarchically should be habitable only as waste, enters into the orbit of silent warehouses, of industrial warehouses outside working hours, of half-finished or self-built works, which are those interiors in which one feels at ease, the unforeseen, improvised habitability. Architecture everywhere, as befits Andrés' work, but as a splendid residue.

What was meant to be a flight or part of a take-off becomes a construction and the carpet becomes a building. What were the suitcases, the bags, the packages that remained inside the plane, which will not take off, nor does it need to. The architecture keeps it on the ground. 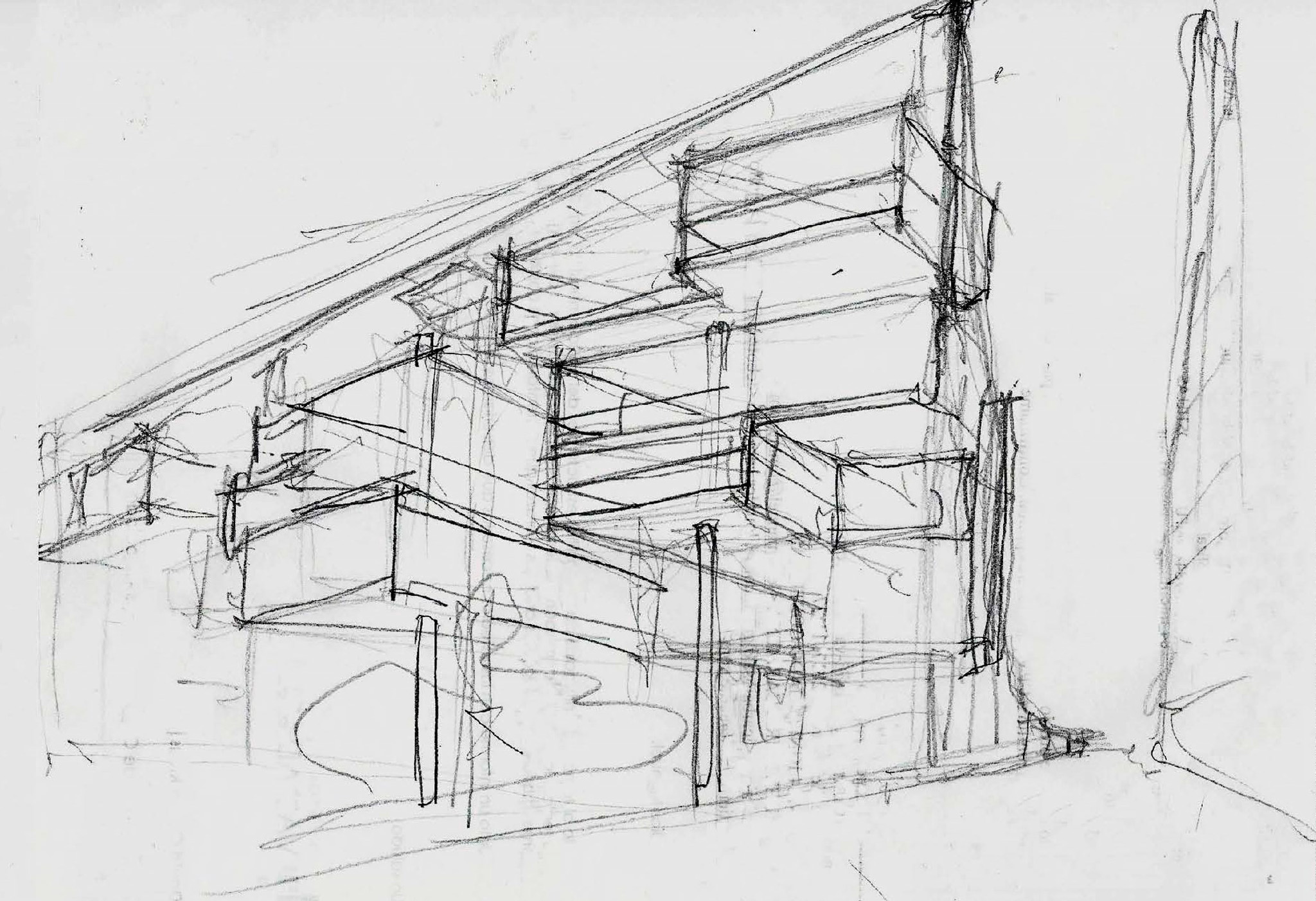 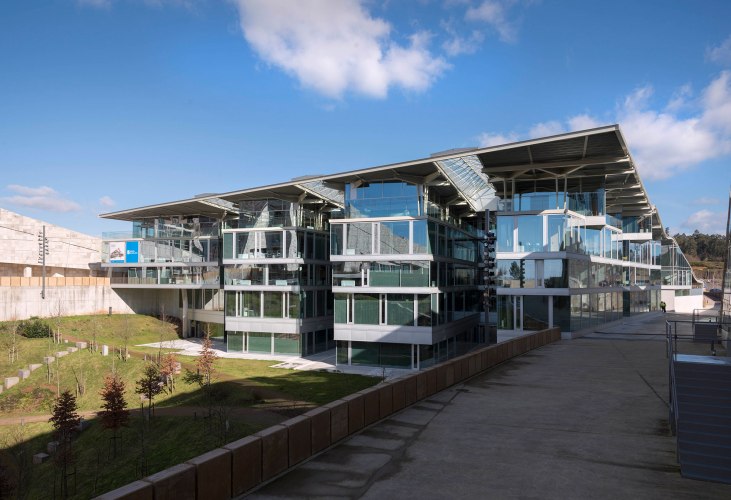 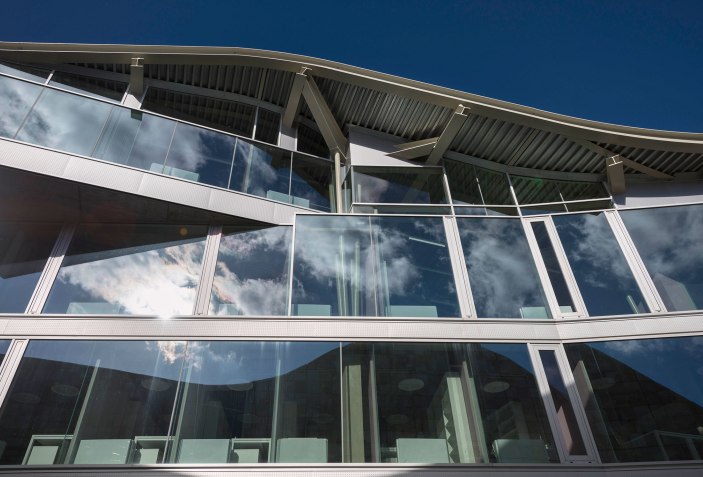 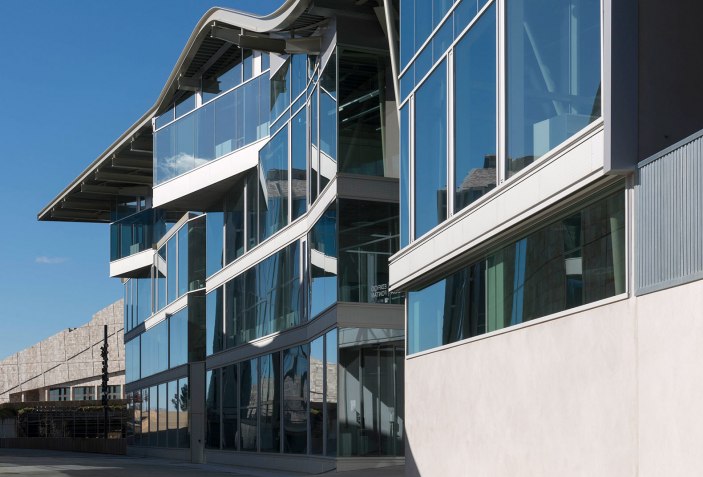 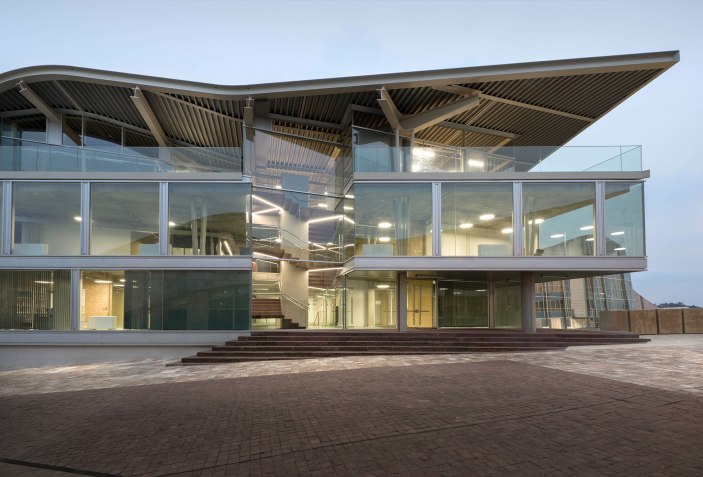 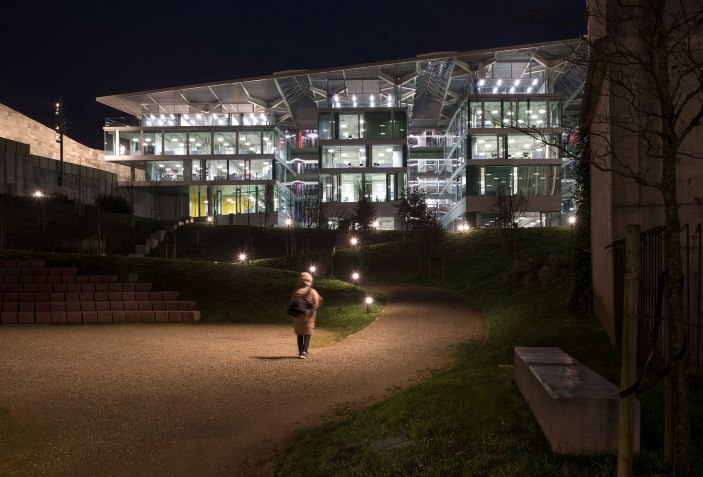 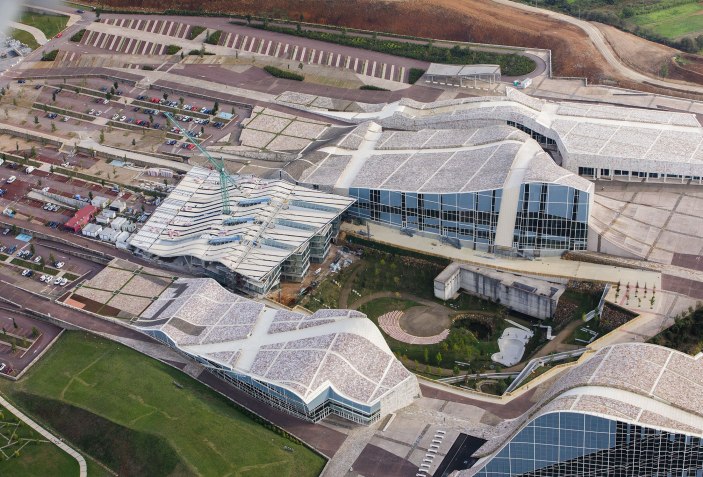 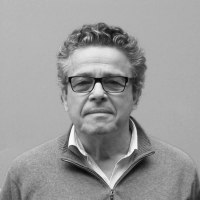 Josep Llinás is a Valencian architect born in Castellón. He later taught there, as well as at the Escuela Técnica Superior de Arquitectura del Vallés and the Ramon Llull University.

He has published studies on Josep Maria Jujol and José Antonio Coderch, and has collaborated on several projects with the architect Alejandro de la Sota, such as the construction of a building at the Spanish embassy in Paris.

He has won the FAD Interior Design Award (1976), the City of Barcelona Award (1995) for his apartment building on Carmen Street in Barcelona, and the FAD Architecture Award (1996) for the restoration of the Metropol Theatre in Tarragona. His works include a residential building in Berga (1977), CAP in Ripollet (1985), Municipal Library in Vila-seca (1986), Library and departments of the Escola de Enginyers de Camins de Barcelona (1989), Director's Building of the Facultat de Informàtica de Barcelona (1995), Vila-seca Town Hall (1996), the classroom building and bar of the Faculty of Law of the University of Barcelona (1996), the Central Library of Terrassa (1997), the Torre del Far in Torredembarra (2000) and the Pit-roig Centre in Barcelona (2001). 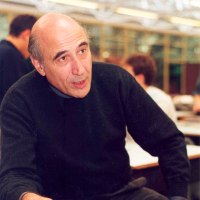 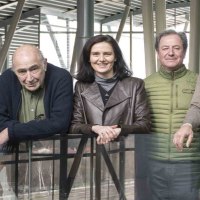 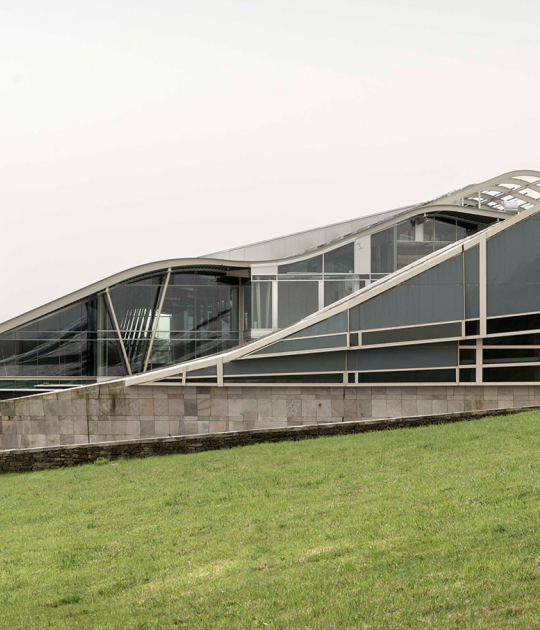 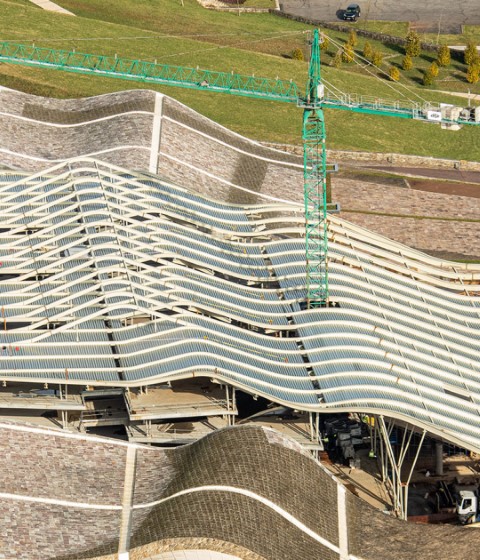 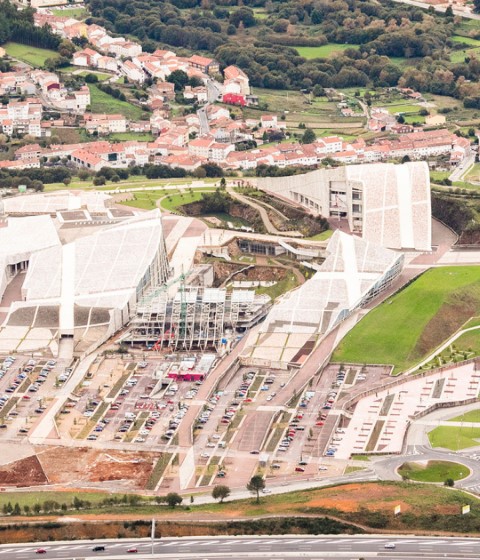 Weaving networks, an inseparable interweaving of nature and society 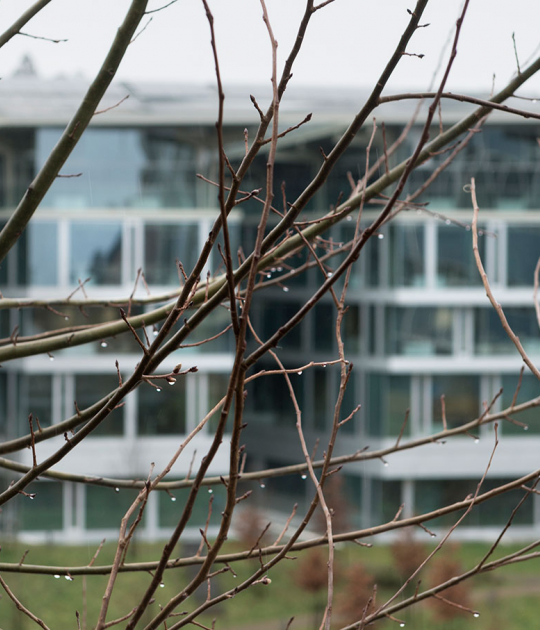 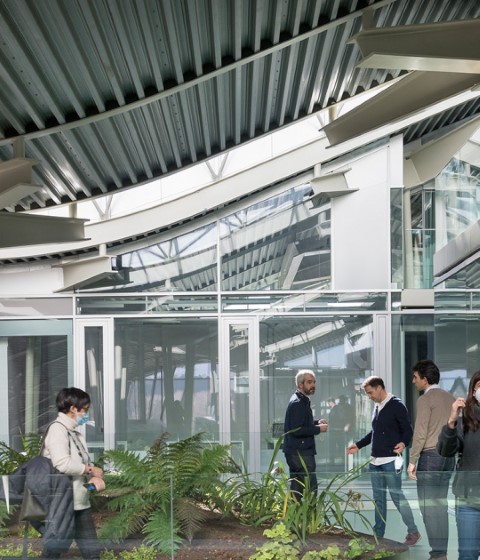