Situated in Pas-de-Calais, France, “Tropicalia” will develop an area of 215,000 sqf (20,000 sqm) with a dome that will house inside a tropical forest, turtle beach, a pool for Amazonian fish, and a one-kilometer-long interior walking trail. The biome aims to offer a “harmonious haven” where visitors are immediately immersed in a seemingly natural environment under a single domed roof. 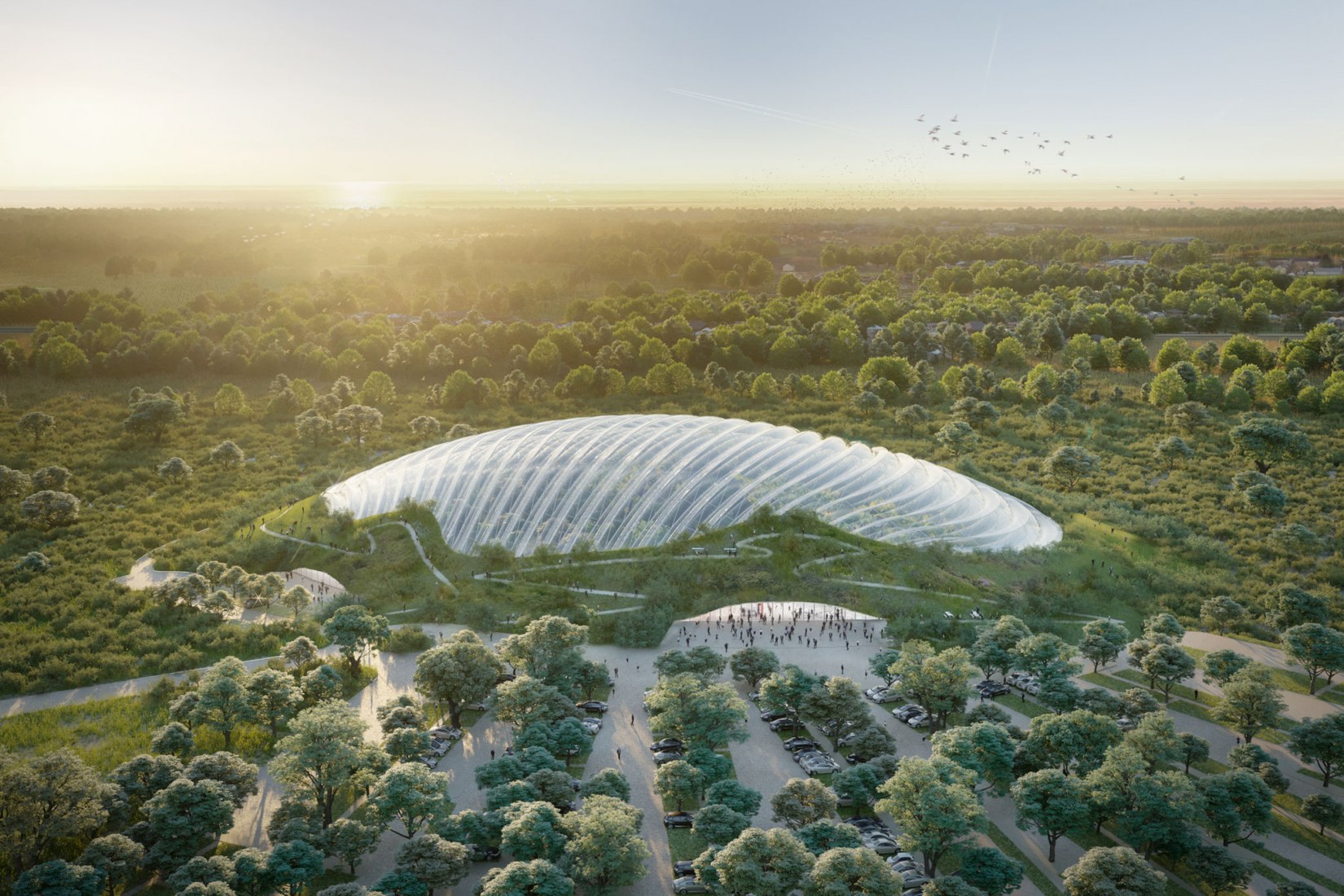 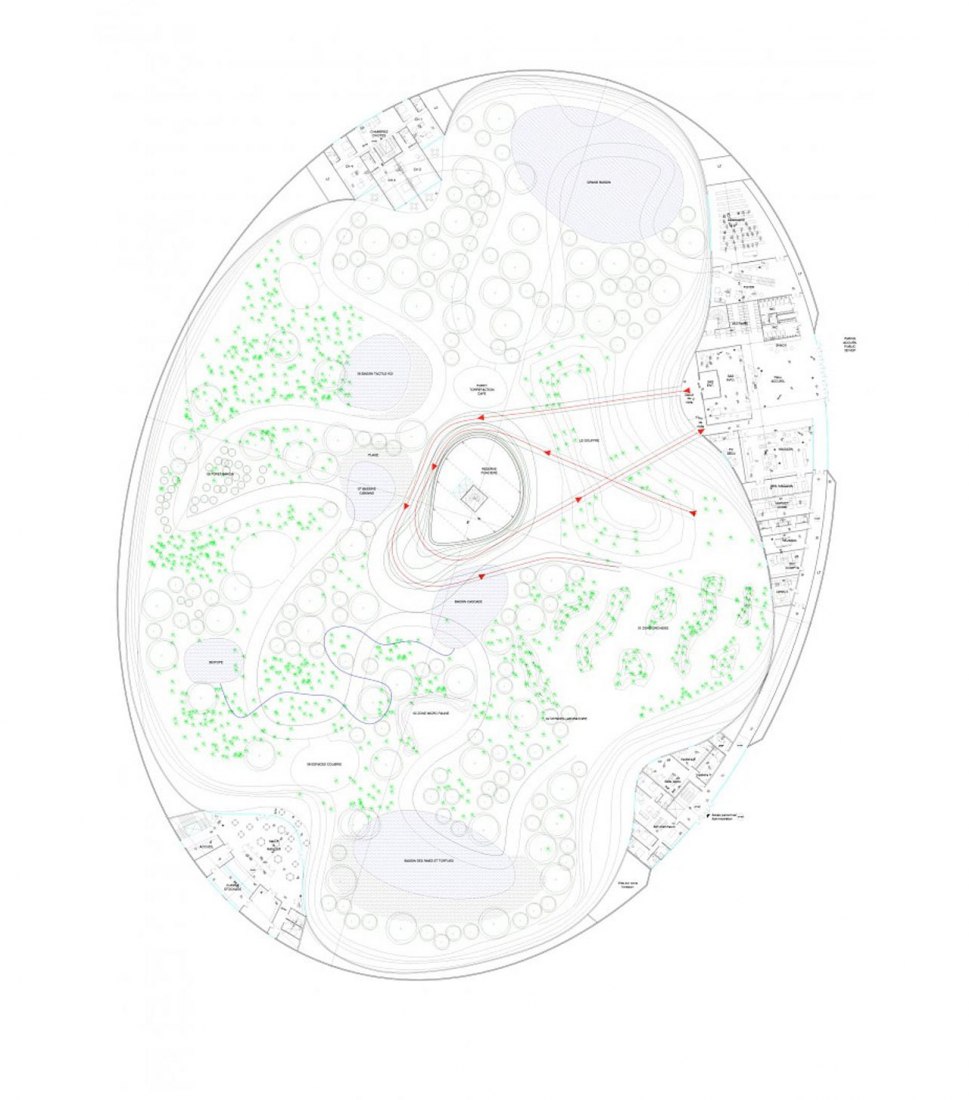 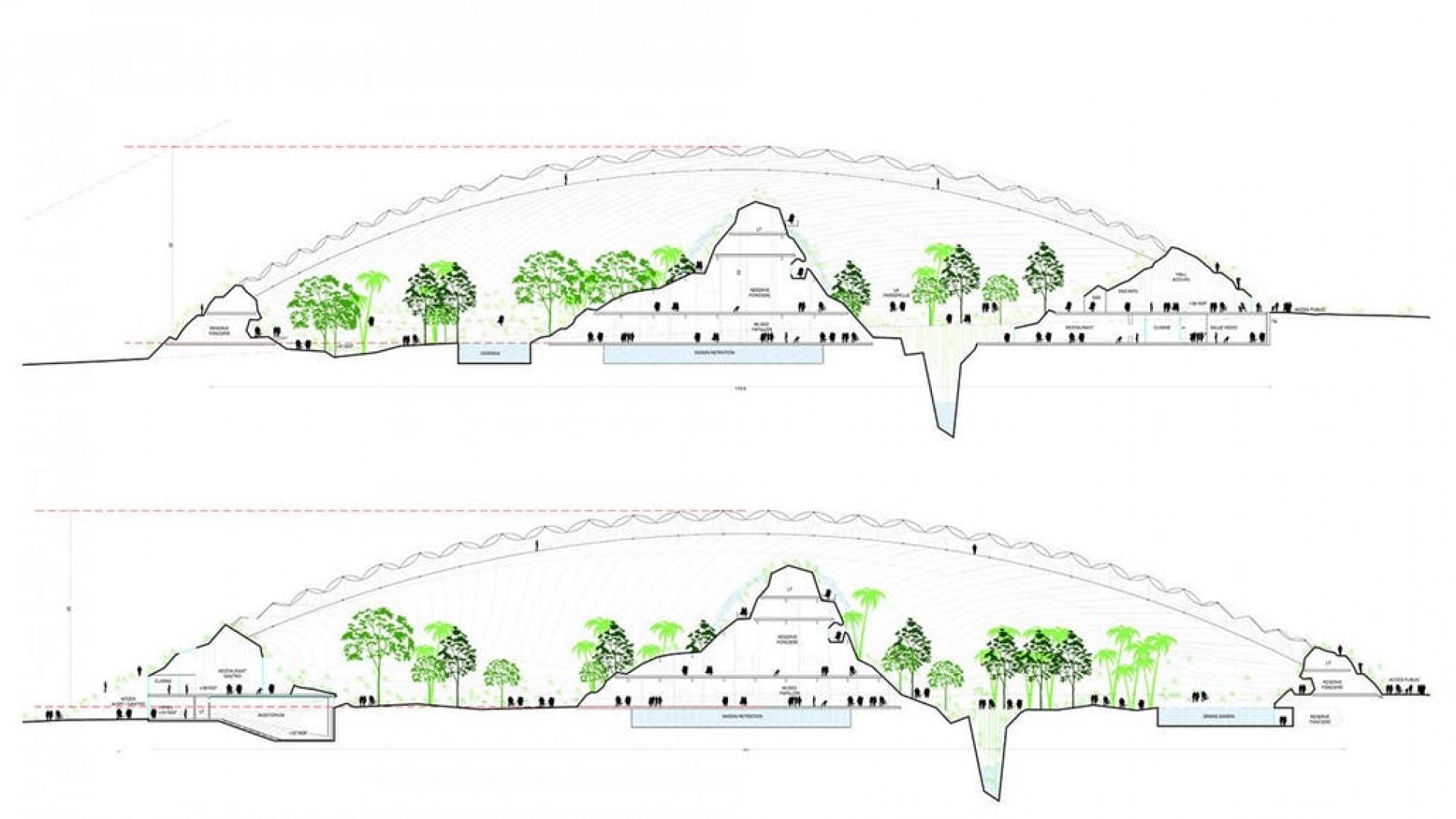 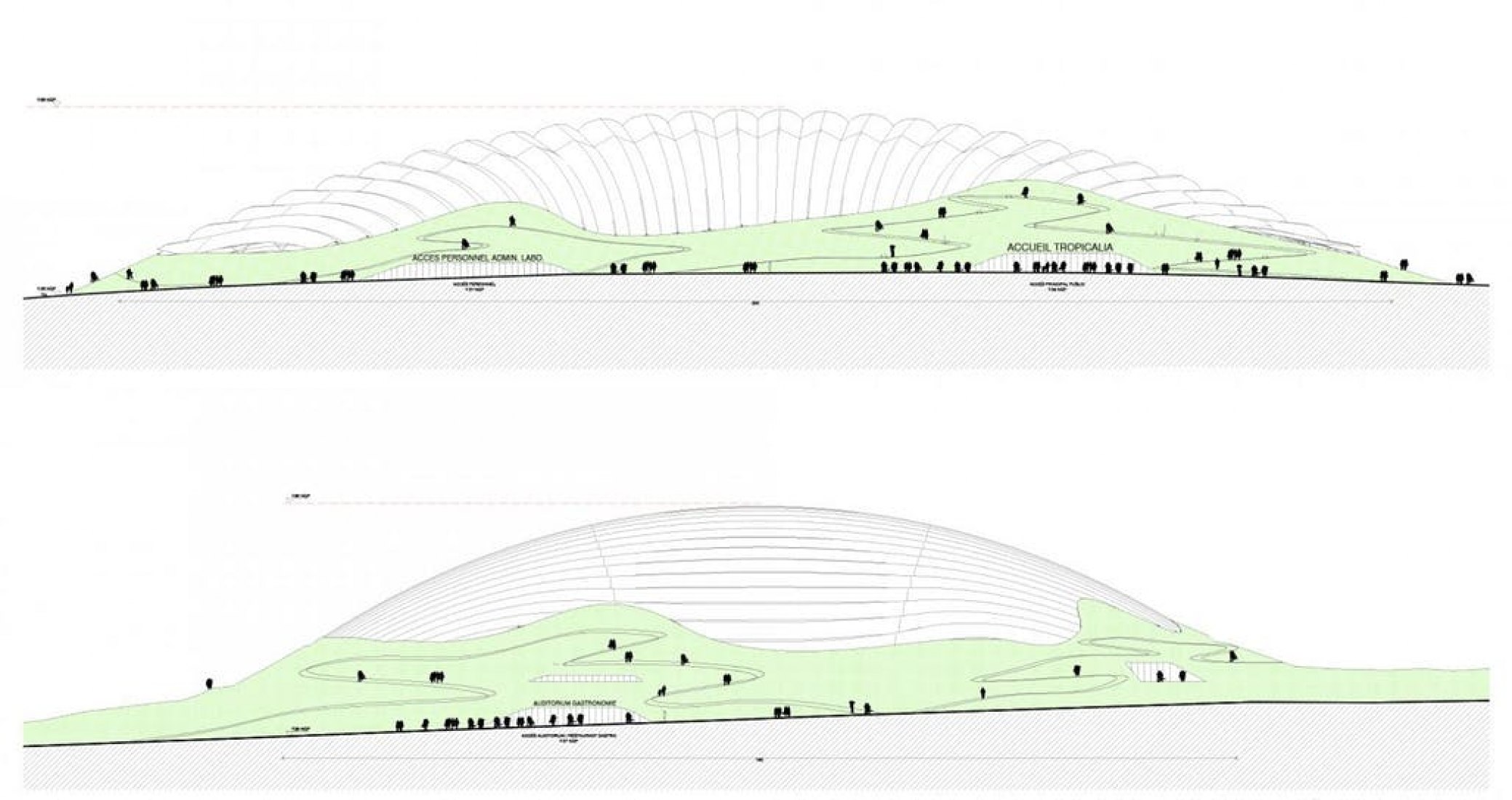 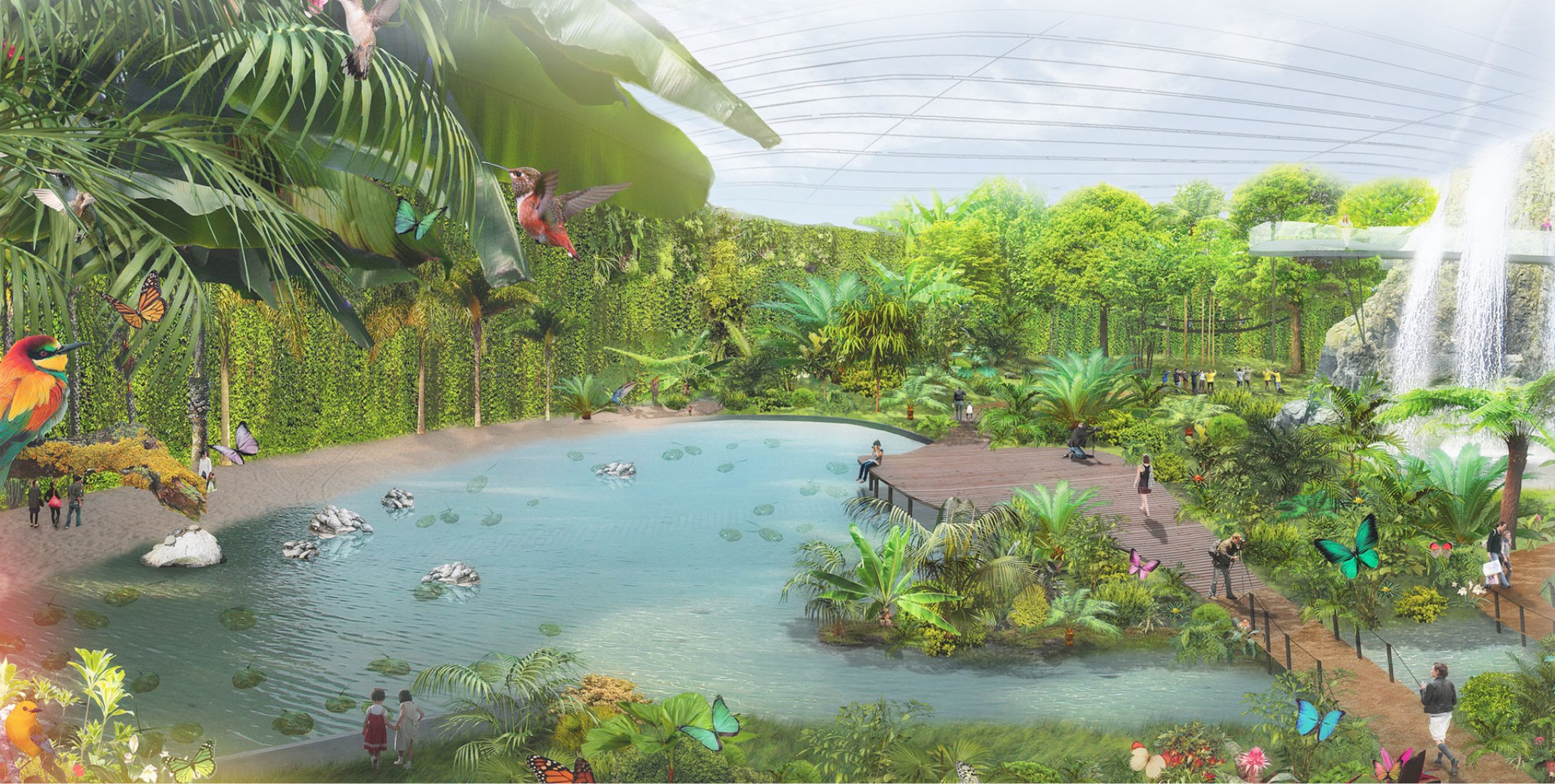 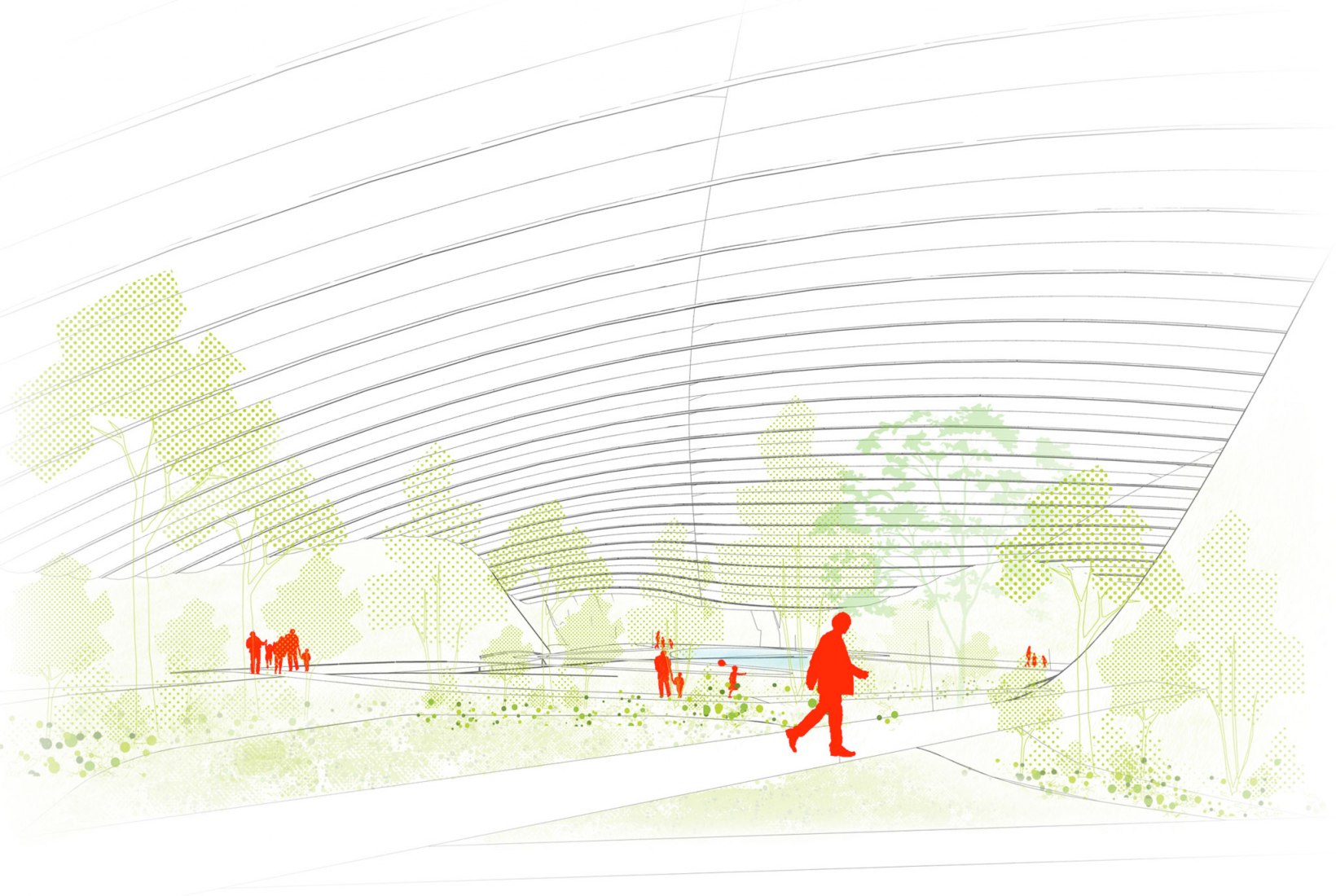 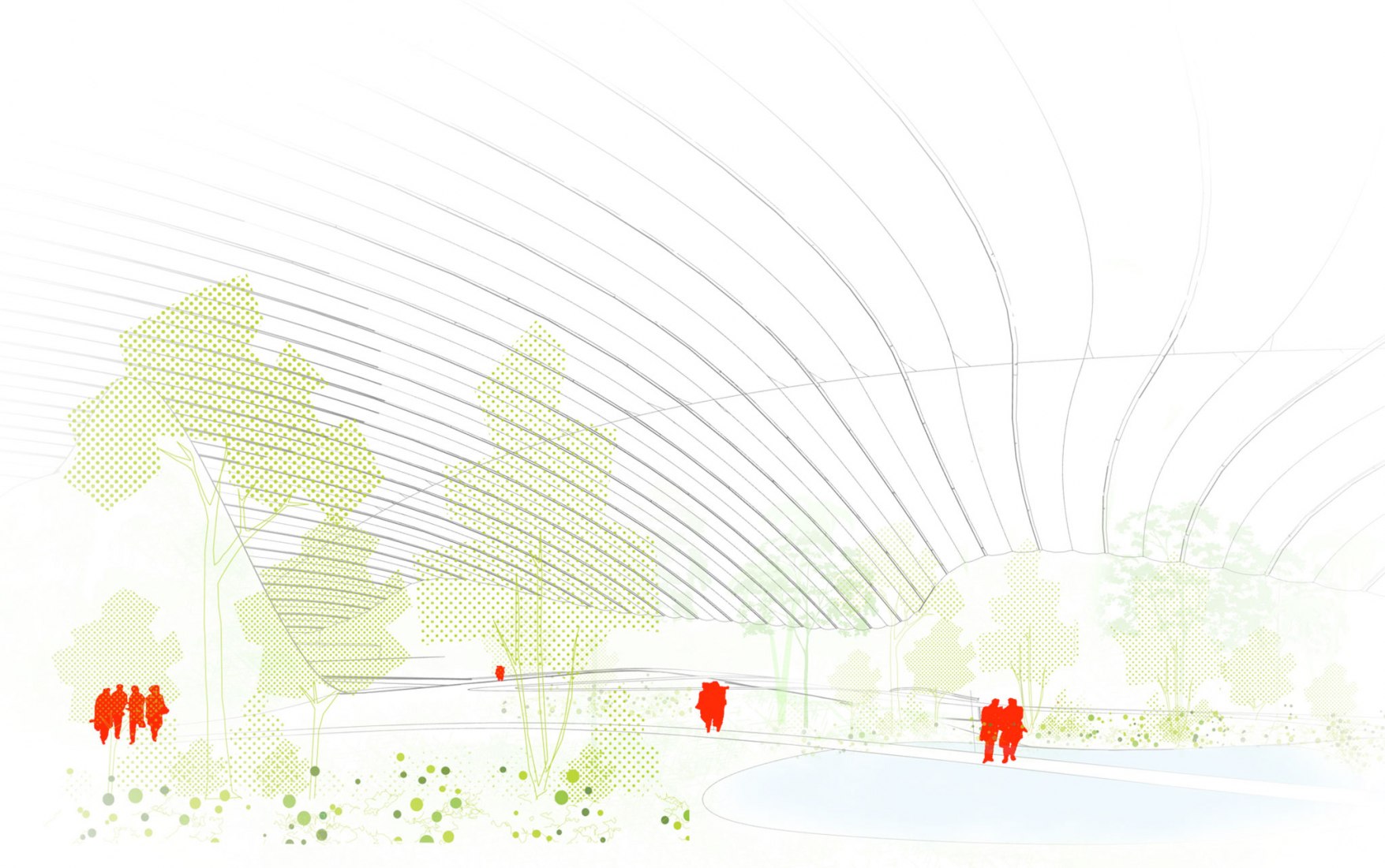 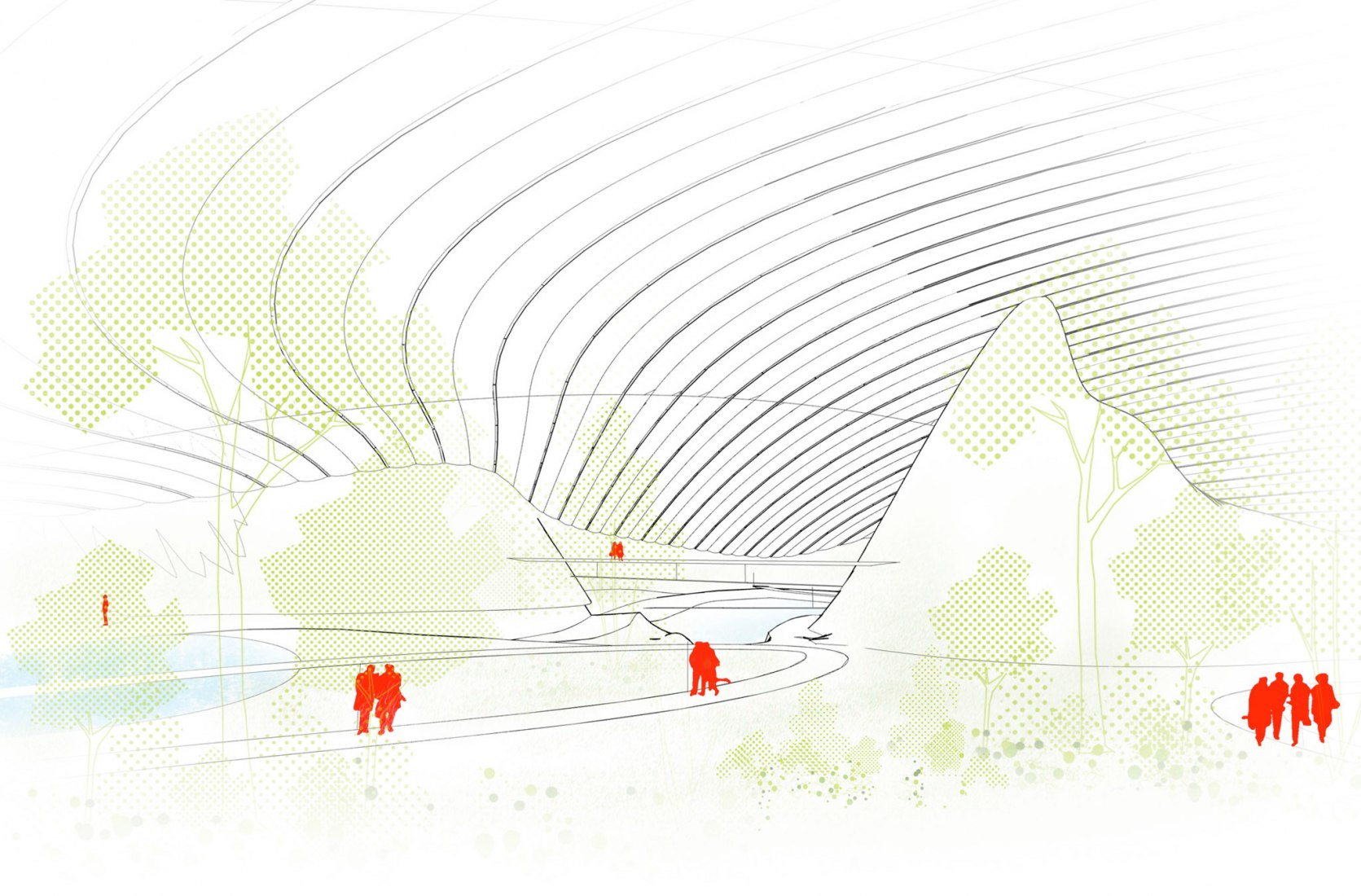 French architects Coldefy & Associates Architects Urban Planners released details of plans for the world's largest single-domed of 15,000m² tropical biodome. Called Tropicalia, this vast indoor landscape will soon pop up in the Pas-de-Calais area in Northern France and house all sorts of tropical flora and fauna under an enormous pillar-less roof of EFTE pressurized air cushions held up by an aluminum frame.

Construction starts in 2019, and completion is scheduled for 2021.

Tropicalia is a 15,000m² tropical biodome that creates a harmonious world connecting man to an exotic natural, providing a constant temperature of 28°C in a region with notoriously poor weather. Whether it is an invitation into a dream, a grand voyage or an educational trip, Tropicalia is a place of discovery, amazement and ecological awareness.

This unique place will contain a diverse range of fauna and flora, butterflies, exotic flowers, hummingbirds, waterfalls, aquarium basins, fish, turtles, caimans and more. Beyond the eminently exotic interior world, the sensation of complete immersion is made possible with the innovative architectural approach.

The absence of any load-bearing columns that would disrupt the view or introduce artificiality, coupled with the natural treatment of the perimeter vegetal wall that allows only a view up to the sky from within, visitors have the sensation of a space disconnected from the world outside.

From the exterior, the architecture merges with the landscape: the building is partially set in the ground, diminishing its height and impact. From a distant view, the structure rises like a gentle hill in its natural landscape.

A project such as Tropicalia implies an increased resourcefulness and a serious sustainable approach. Therefore, the roof structure implemented is composed by EFTE pressurized air cushions within an aluminum frame. 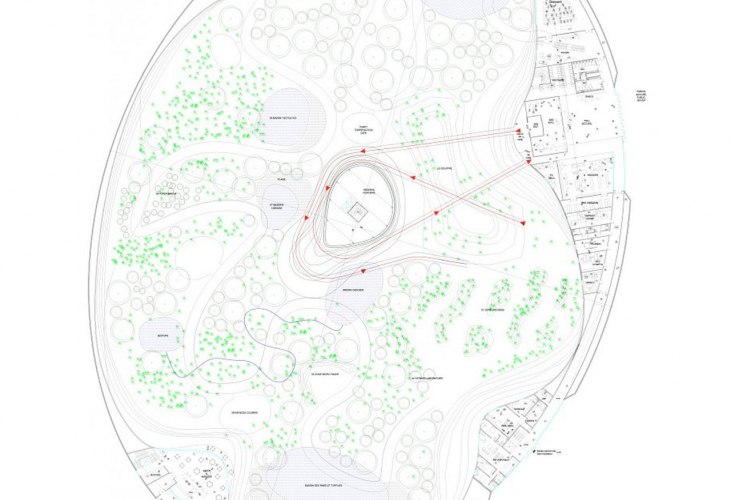 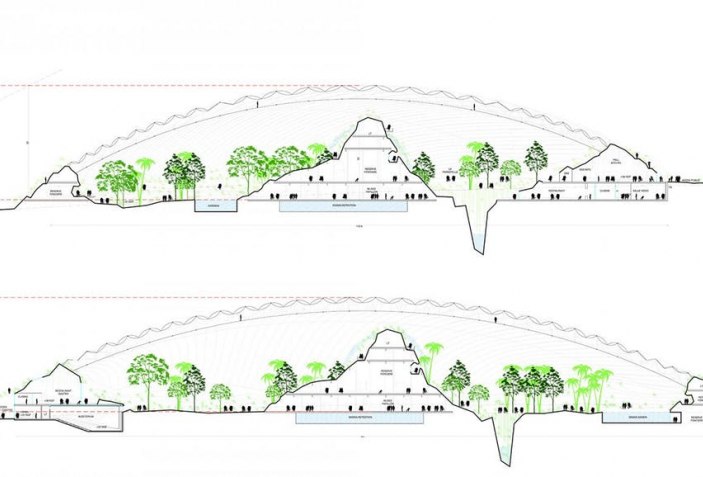 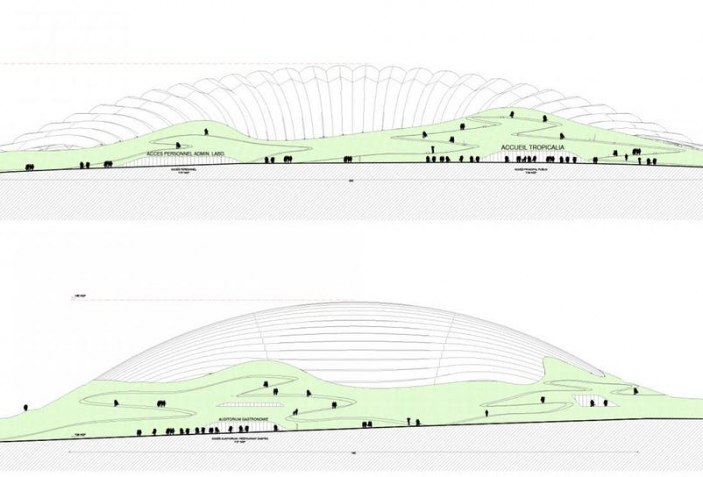 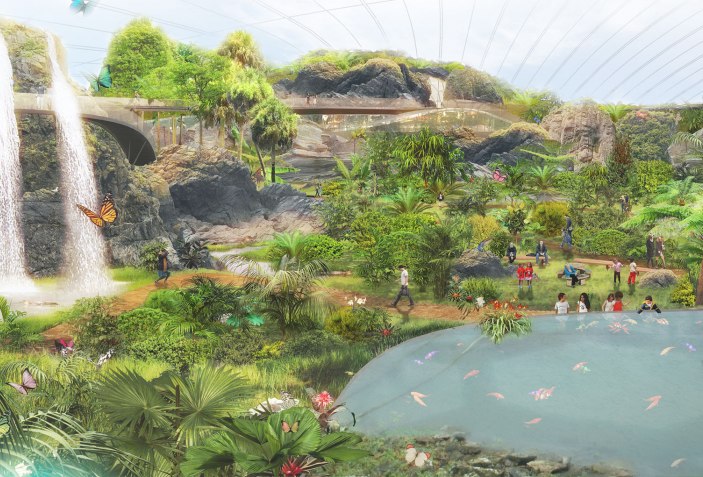 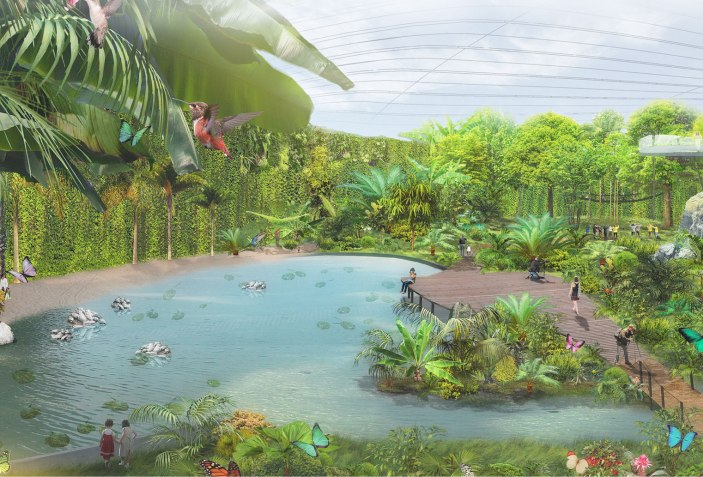 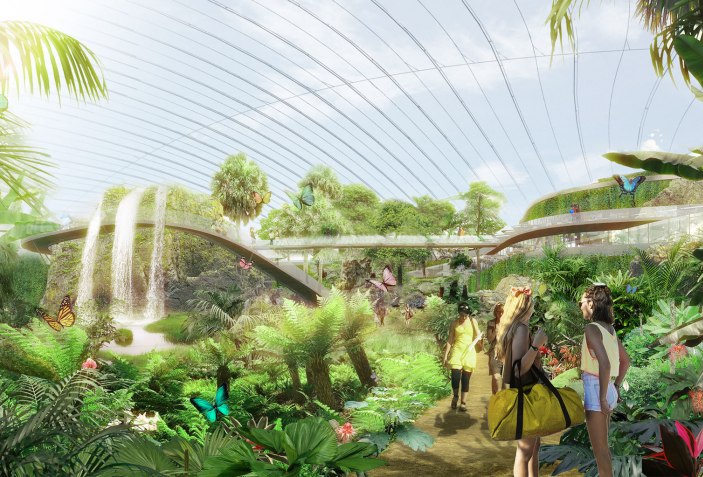 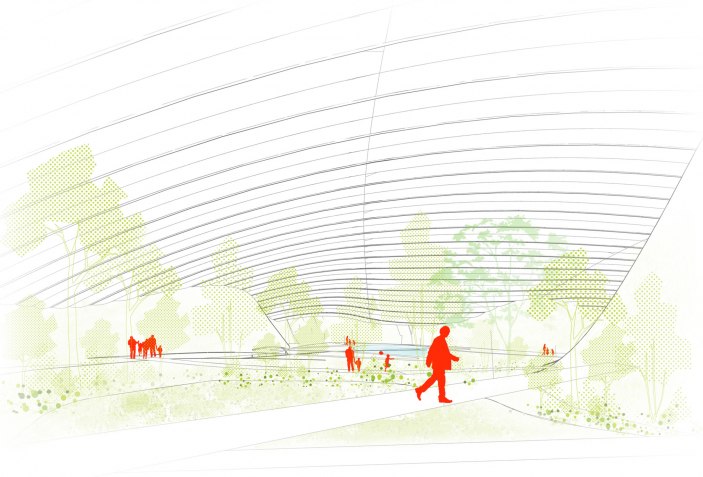 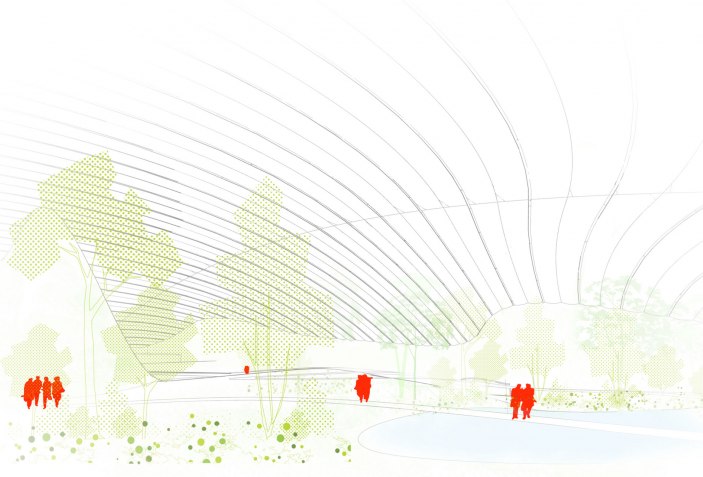 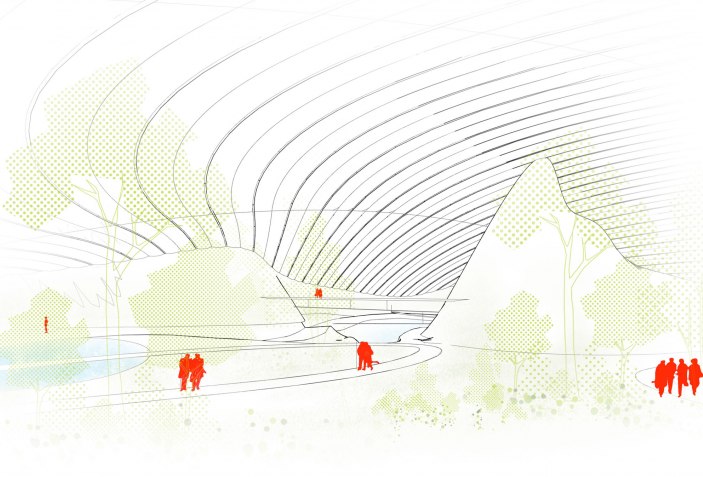 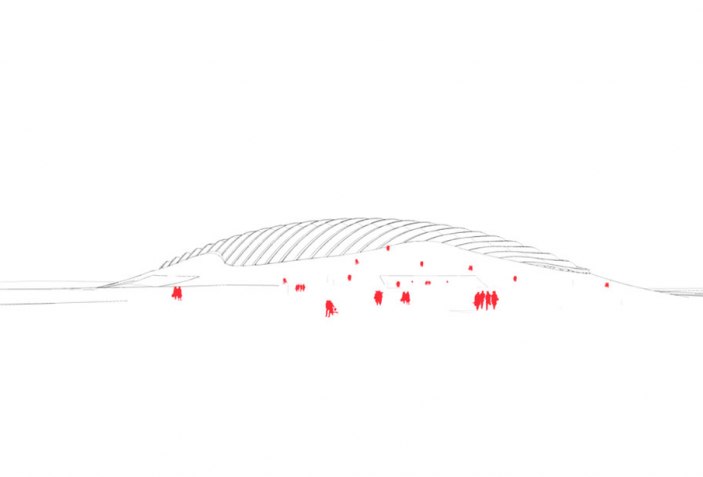 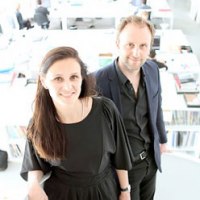 The firm is characterized by their dynamism and creativity, animated by an international tropism that drives them to participate regularly in professional events around the world as well as in large international competitions.  Their originality and resourcefulness have brought them success in a number of entries, including the Hong Kong Design Institute which they won in 2006 against 162 teams. Complete since 2009 this building has been the subject of numerous international publications as well as being nominated for the AFEX Grand Prize in 2012 and shown in the Venice Architecture Biennale. As a result of this success the firm has opened an office in Hong Kong and more recently in Shanghai, where the architects now visit regularly.

The firm’s international activity extends beyond Asia, having won the international conference center in Ouagadougou, Burkina-Faso in 2009, the Public Service Hall in Kobuleti, Georgia in 2012, and was awarded the silver prize for the IDA awards 2012. In association with Steven Holl, they were selected as one of the 5 finalists for the International Louvre Lens competition. The company has won many international prizes including the IDA Prize in 2012 and the 40 under 40 award in 2010 which recognizes the most talented of young architects worldwide.

In France, CAAU continues to develop a number of projects, notably at the heart of the Lille metropolitan area where they have already completed multiple operations: multi-family housing and office space in the Arboretum at Porte de Valenciennes in Euralille, the Lucie Aubrac Secondary School in Tourcoing - first low-energy rated school in the region - and even Rigot Stalars, a mixed-use historic rehabilitation and extension, creating a new neighborhood in Dunkirk.

In 2016, the office will bring to completion two major construction sites in the Lille metropolitan area: the Aquatic Center in Douai and the Lycée Hôtelier of Lille. After having completed the first phase of the new OVH campus, the team is currently working on the design for a complex that brings together leisure, culture, and retail spaces in Orgeval, as well as the transformation of an eclectic historical neighborhood in Fuzhou, China. Additionally in progress are multiple commissions and competitions including a school for graphic arts in Montpellier, the planning of a new development zone in the Paris region, the second phase of Rigot Stalars, a restaurant and high-end residential units in the historic Vieux Lille, the modernization of a Villa in Shanghai, etc.

The firm distinguishes itself with an open and innovative spirit acquired in high-quality international offices, particularly in the United States.  Thomas and Isabel met at SCAU in Paris after working for, amongst others, Kohn Pedersen Fox, and Richard Meier and Partners on large scale complex projects. Their project method employs extreme consideration to the site, an urban culture concerned with the appropriate density and diversity, as well as a conceptualization process where the various project factors are continually brought together to the point of overlap. 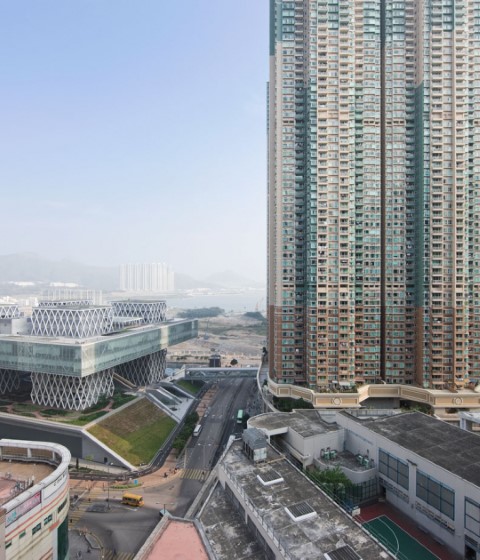 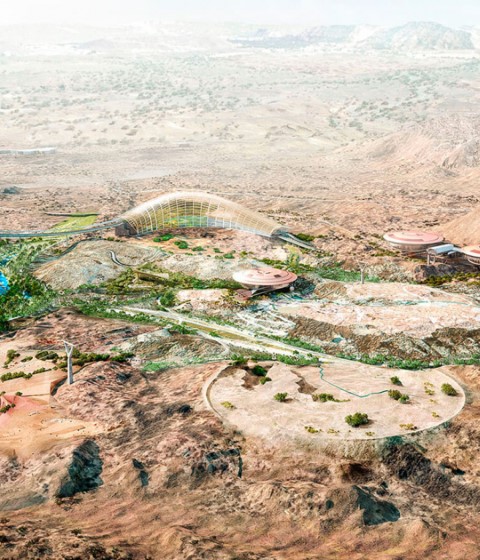 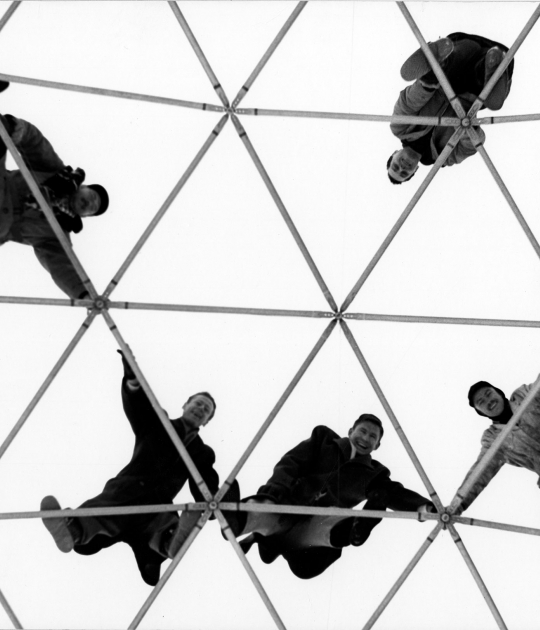 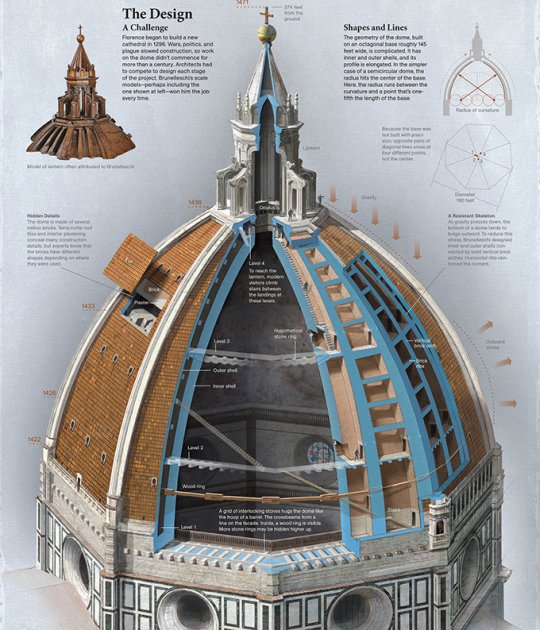 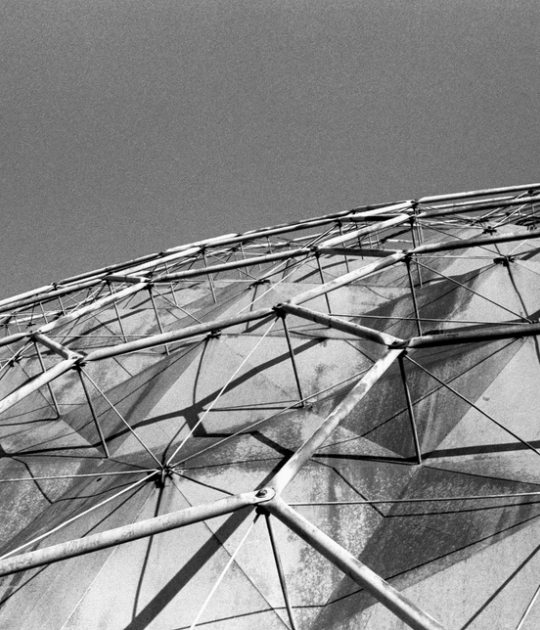 THE STORY OF BUCKMINSTER FULLER AND THE UNION TANK CAR DOME