A business premises in a condominium in a contemporary suburb is a starting point for the configuration of a new system. In a “no place” the challenge is create a place, a sort of a Borgian “Aleph”, bridging the gap, a kind of microcosm with its own conditions of being. 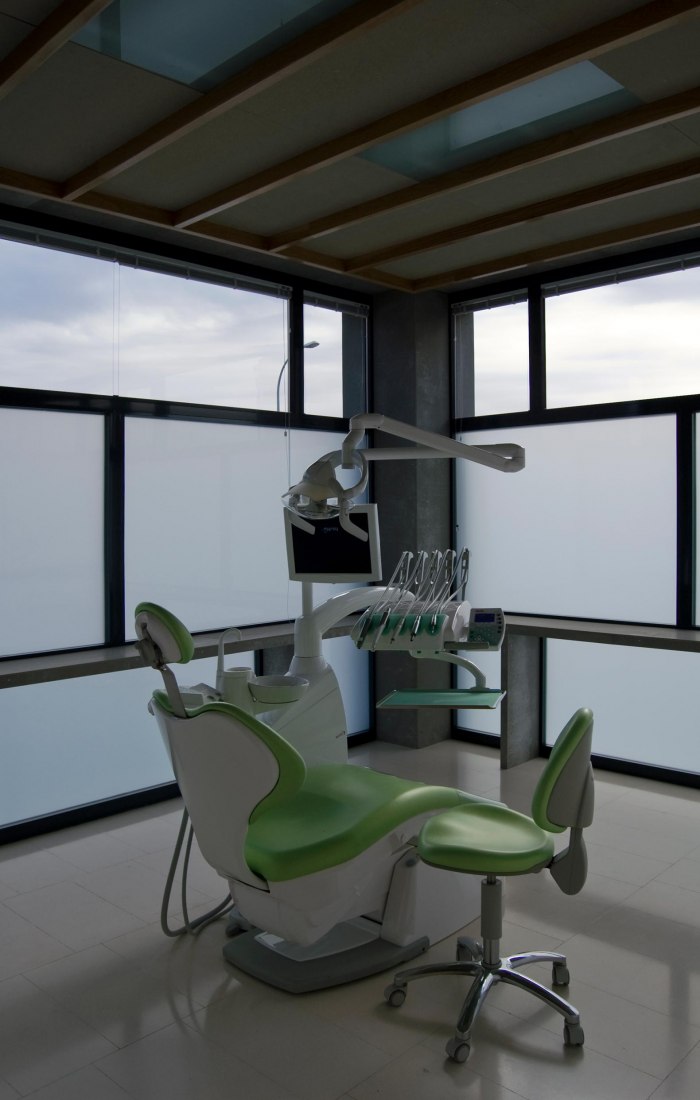 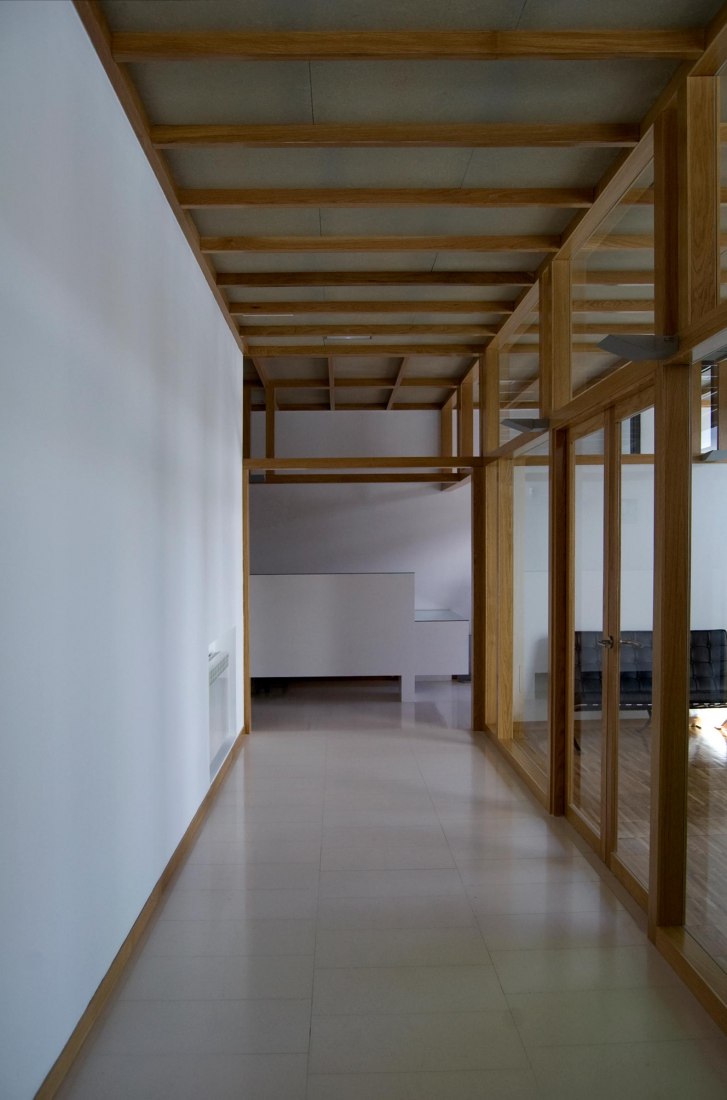 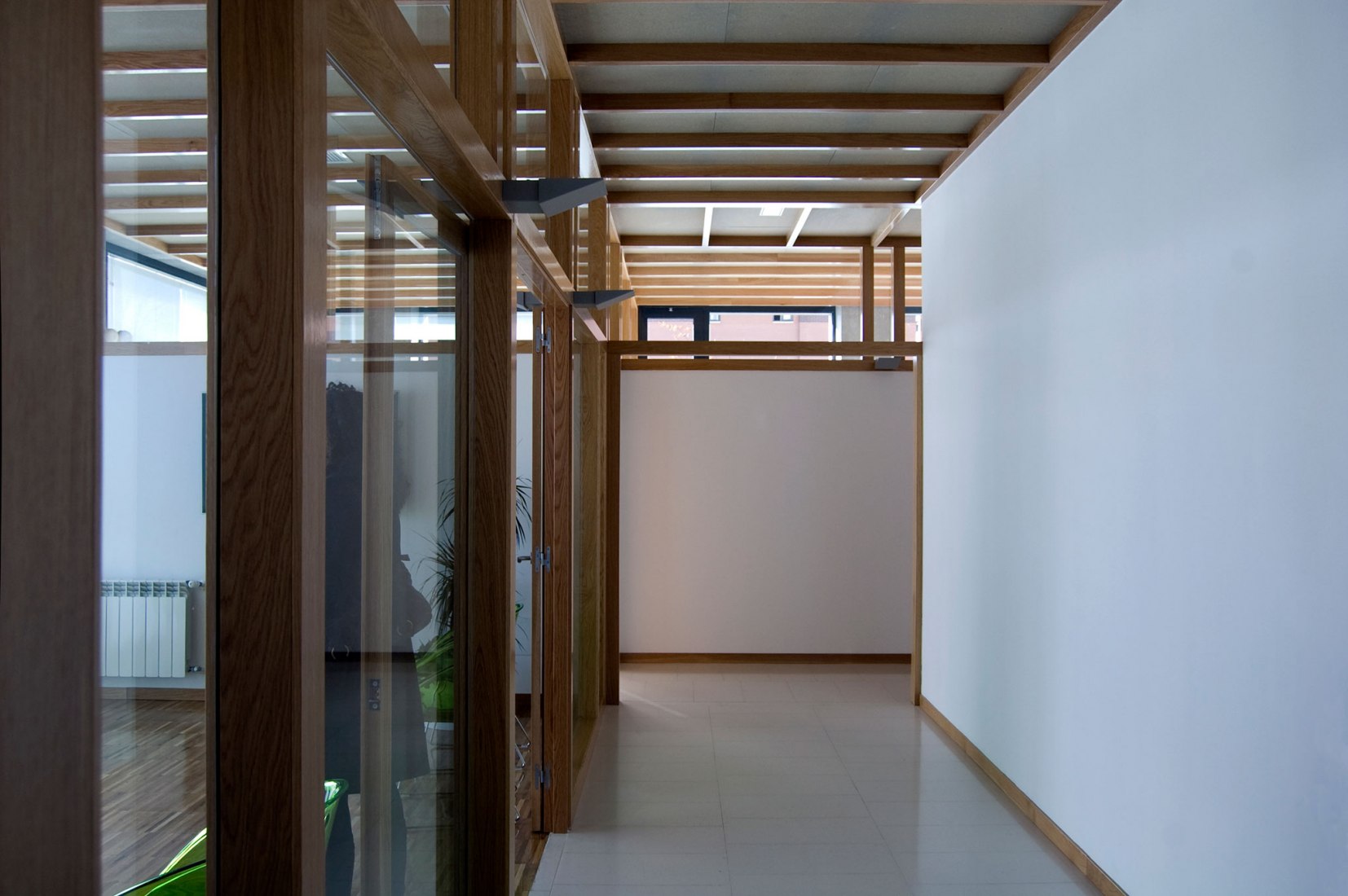 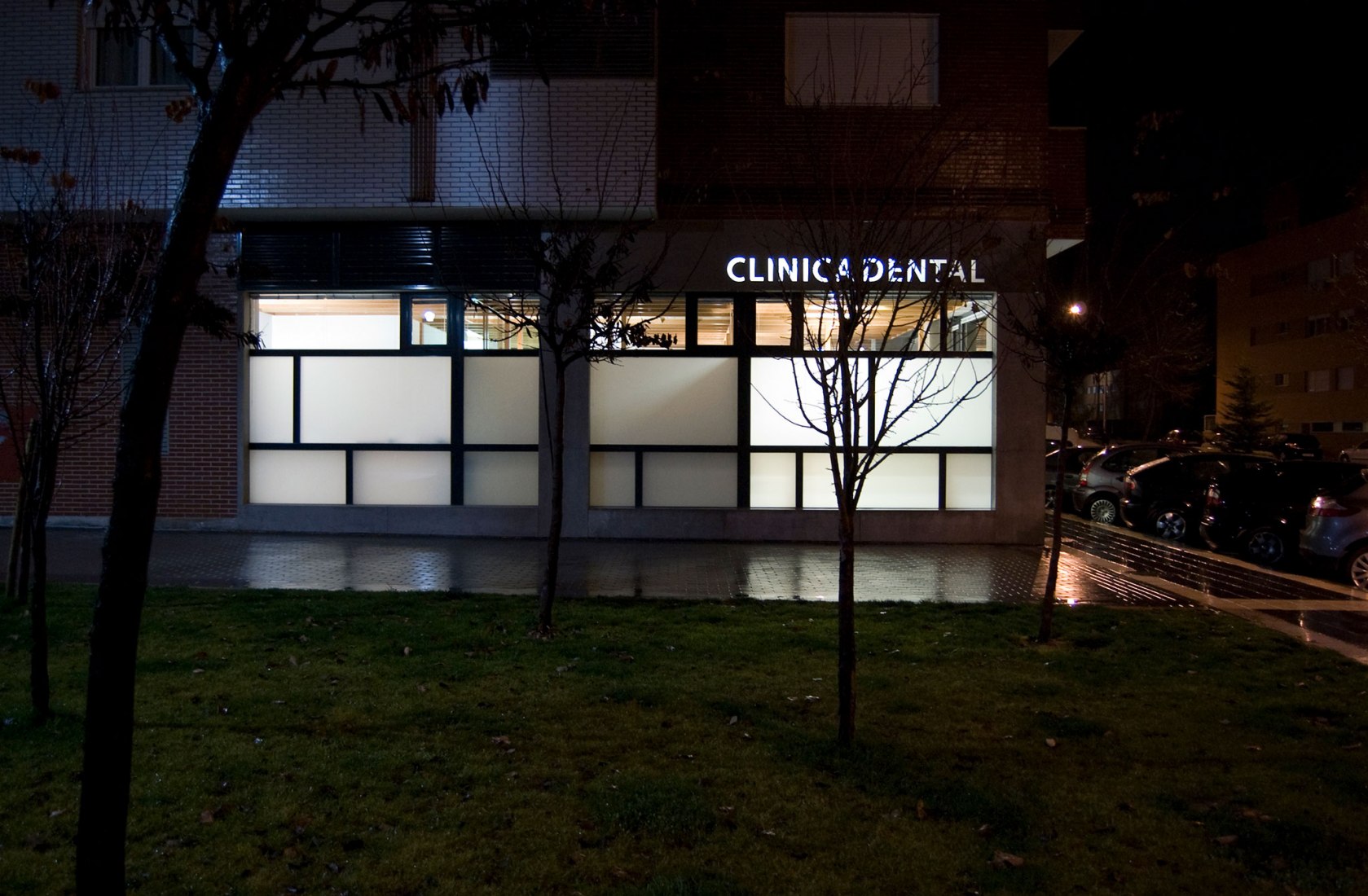 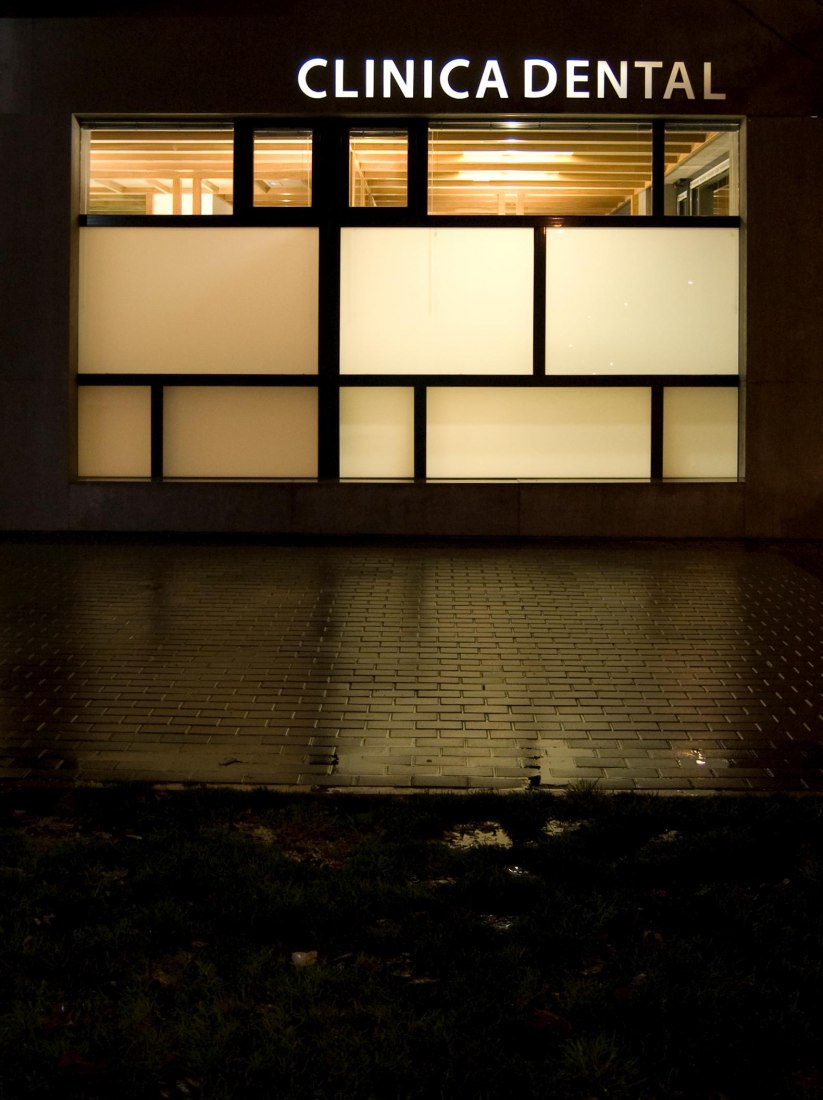 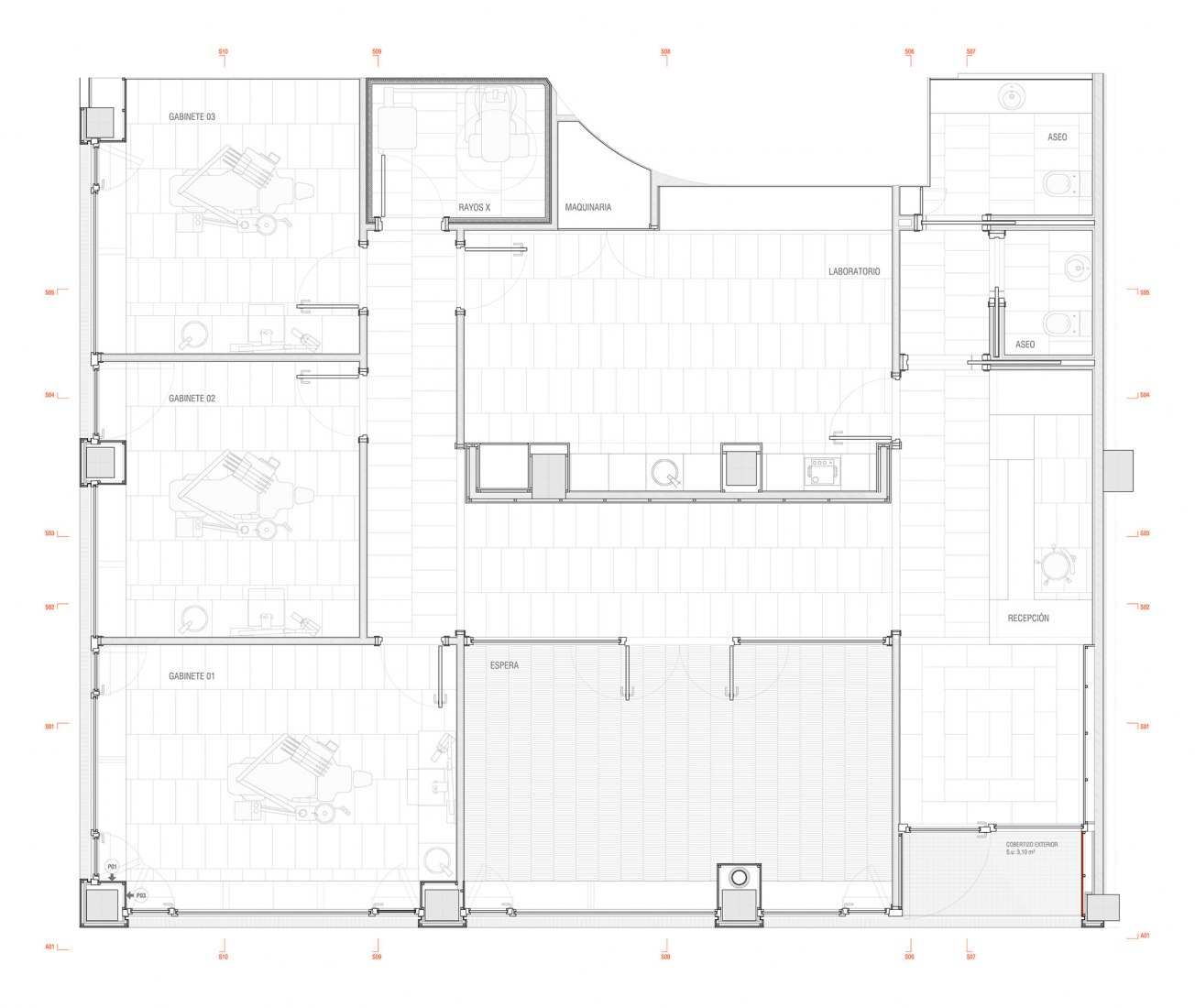 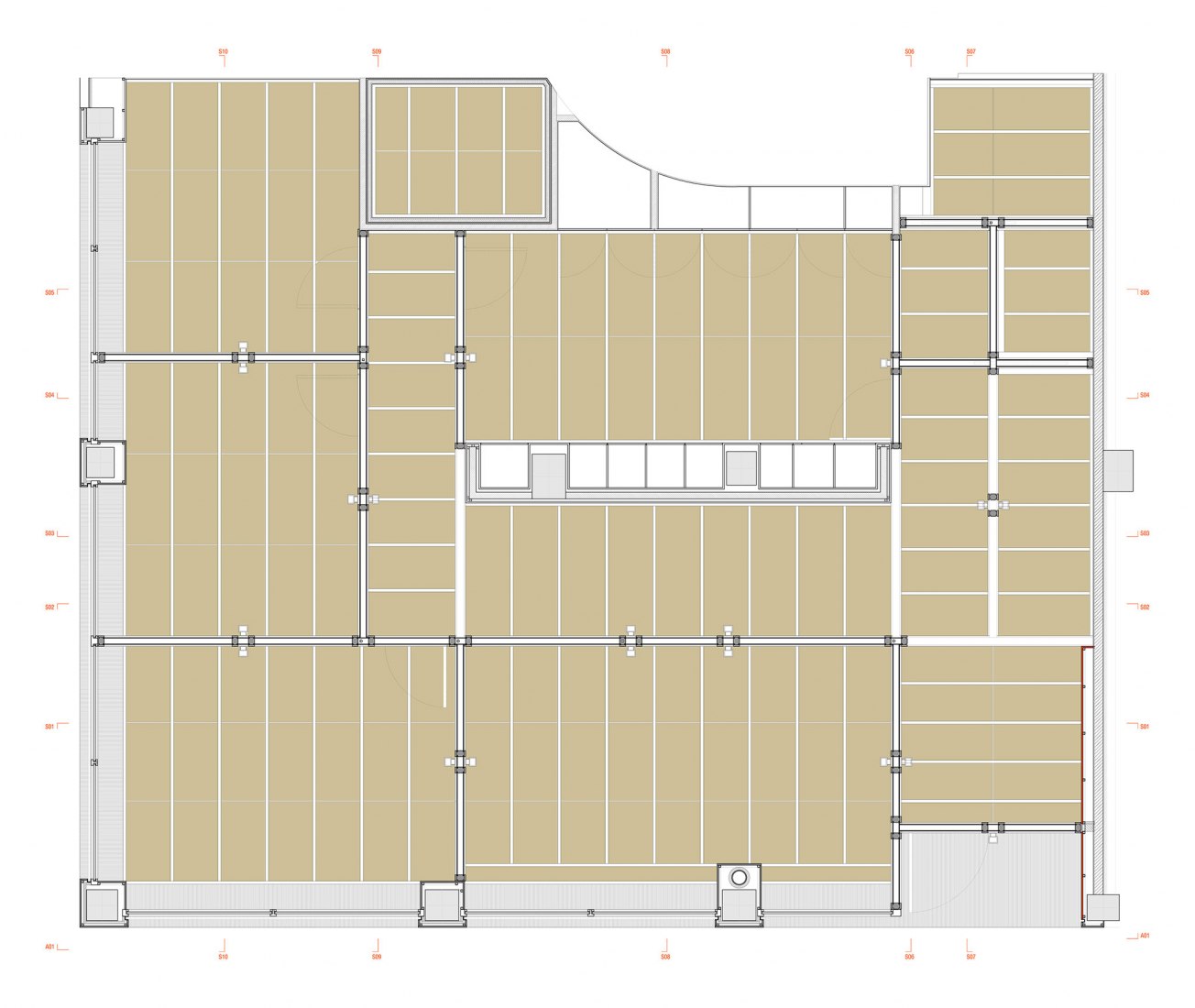 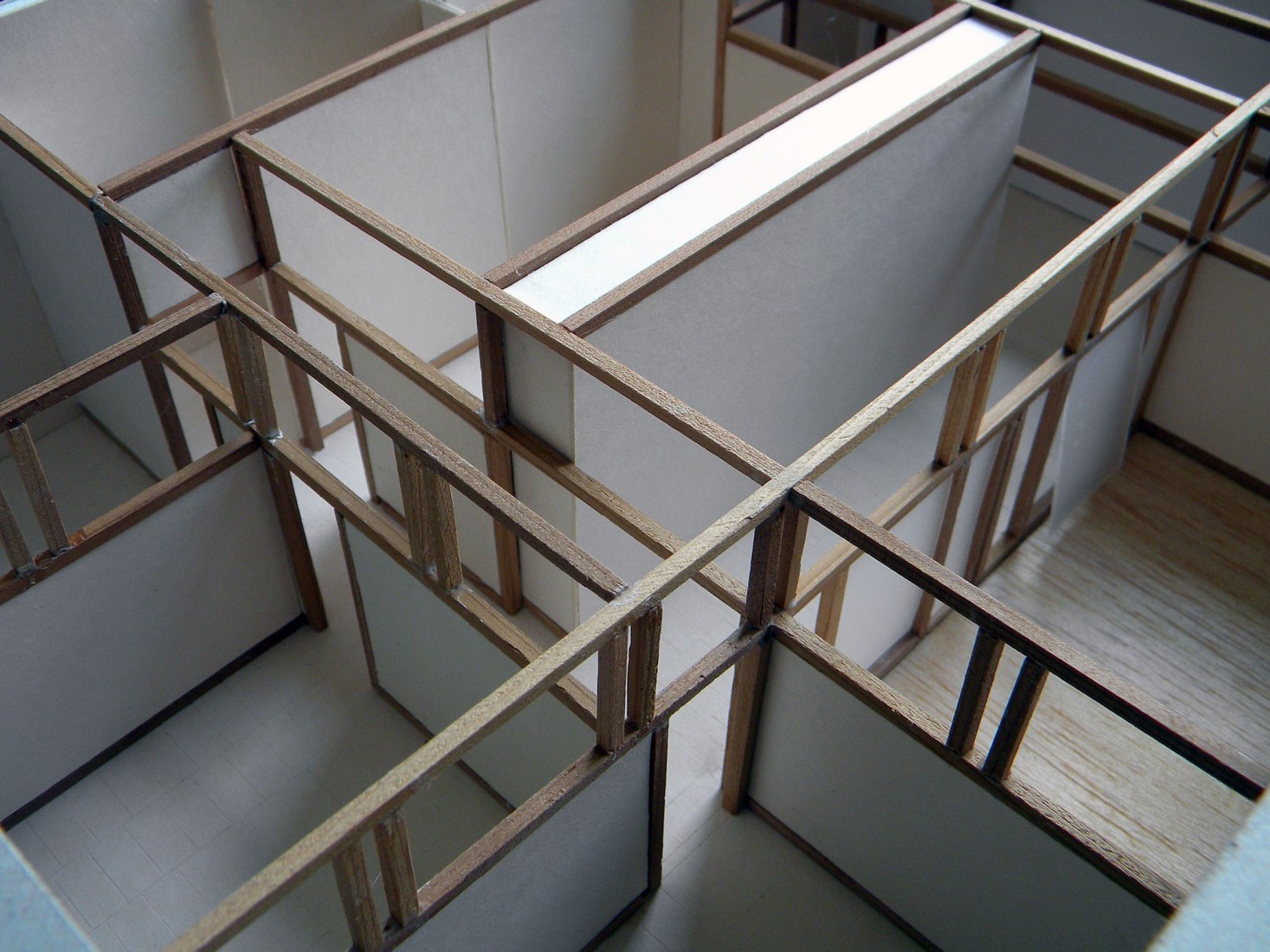 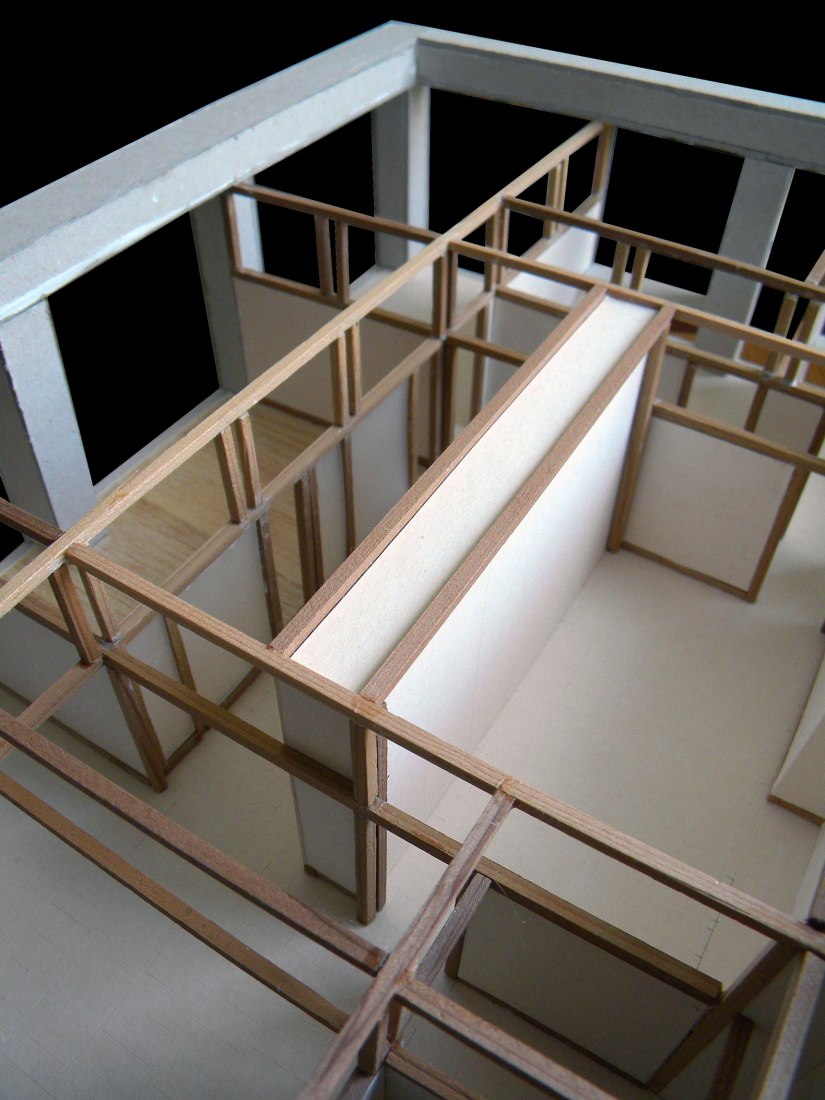 A plot base of relations anchors each of the sub-spaces, so that there is generated a species of interconnected fabric defined by the sum of each one of the elements, avoiding linear hierarchies and generating multiple directions in the connections between spaces.

The system is organized in two strata, the first one at a height of the human scale, establishes the relations of functioning between every stay, controlling the accessibility, transparency and relations between pieces.

The second one, from the first stratum up to the ceiling, is transparent, allows the creation of a common constant space for all the sub-spaces, a species of ether or conductive thread for the script sectioning in what the functions develop.

The wooden ceiling works as the same time as flat continuous unifier, materialization of the “system” concept agglutinates each of the elements firming the quite connected one, it supports at the same time thee subtlety in his qualification depending on the distribution of the space, using the orientation of its quartering.

In the outside, the system offers a hard face, a kind of shell which arranges the succession of structural elements by bands of support to the function of the rooms.

At night, the deaf system of relations which is produced during the day, turns in noisily, the light establishes an effect of illuminated canvas in which there are projected the “Chinese shades” of the inside. 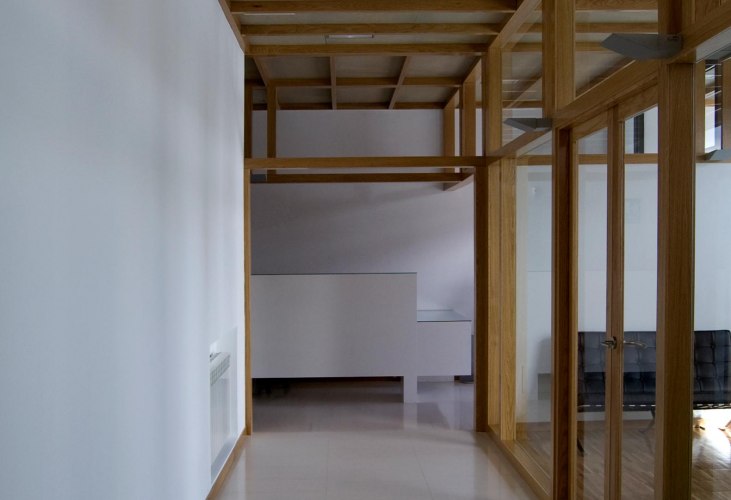 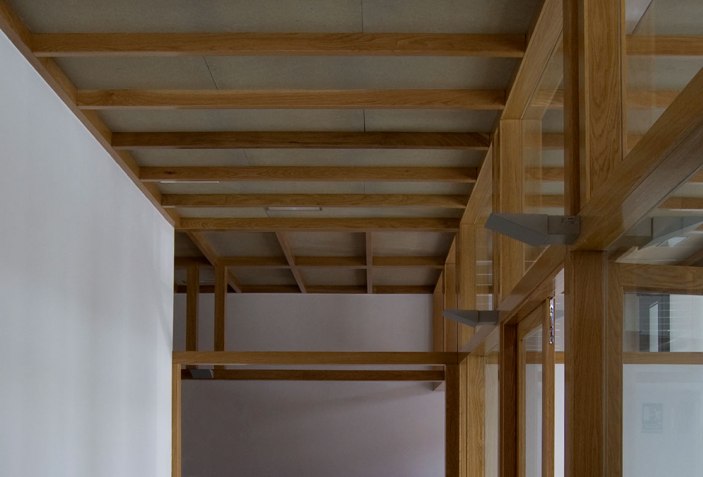 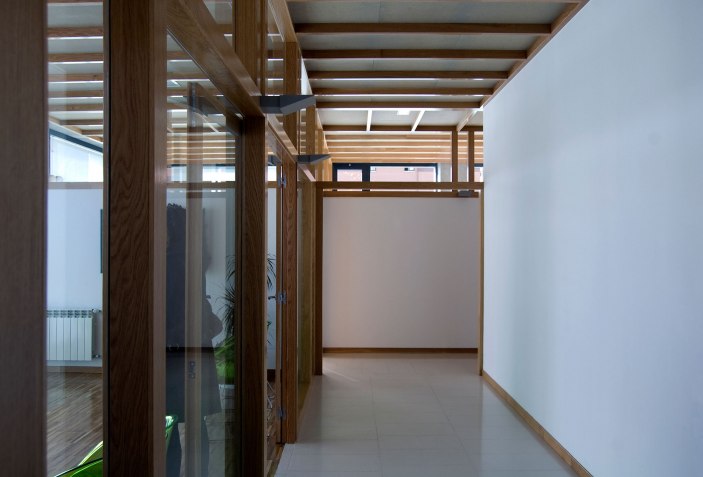 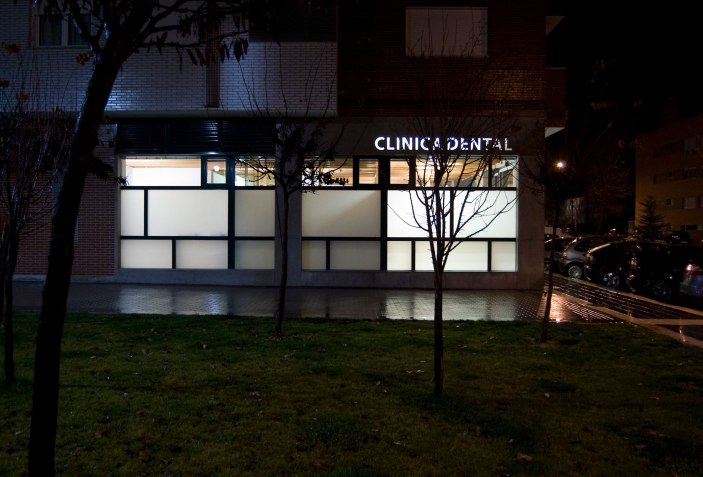 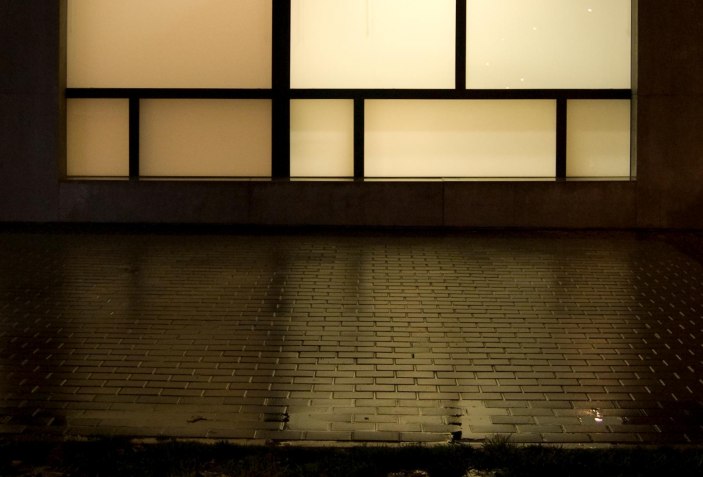 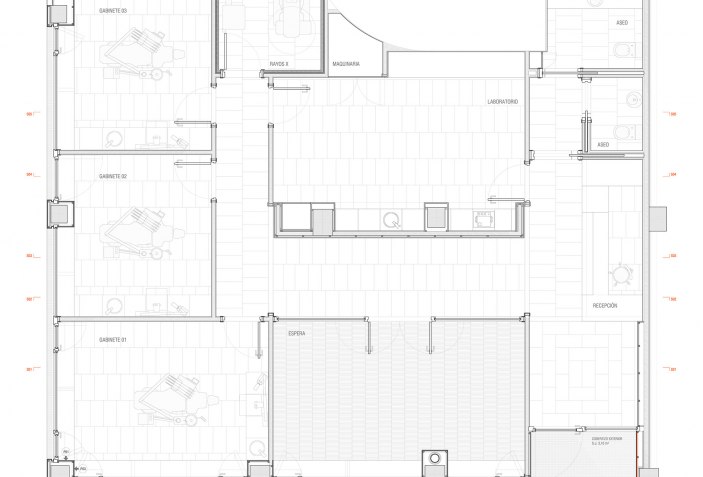 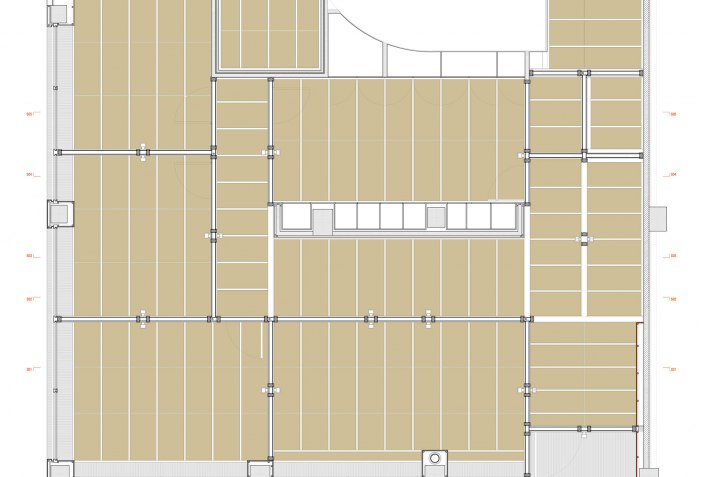 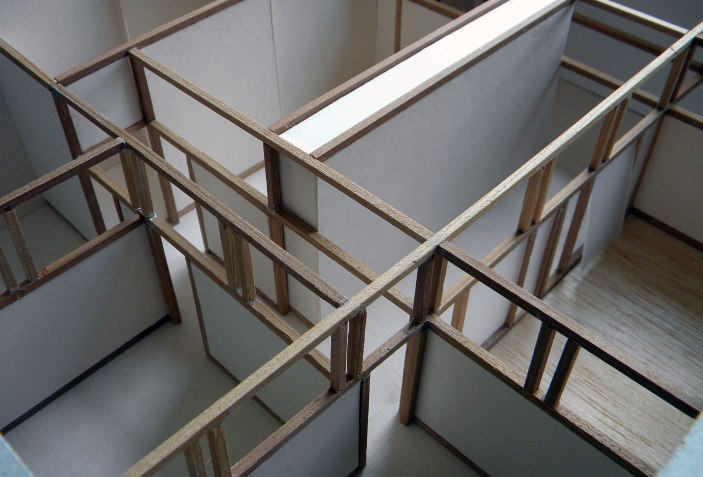 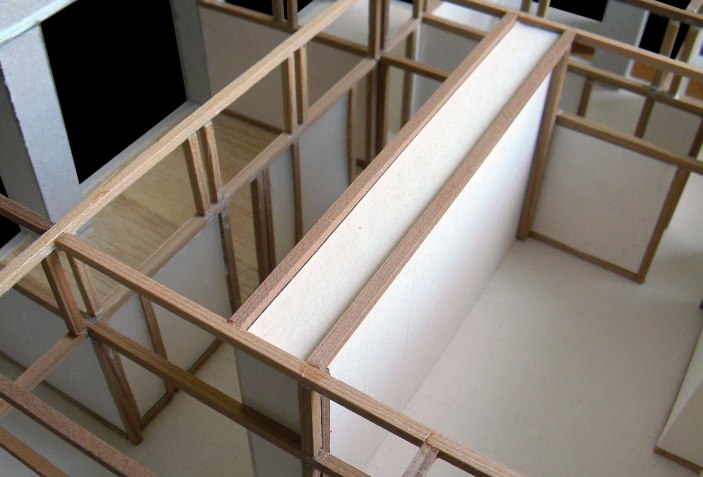 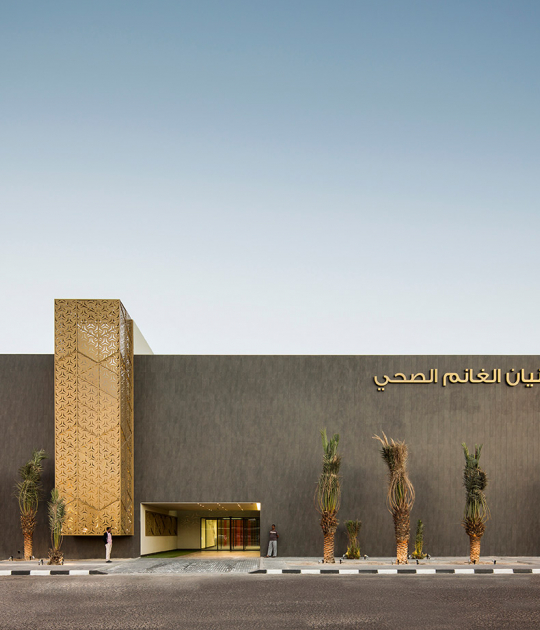 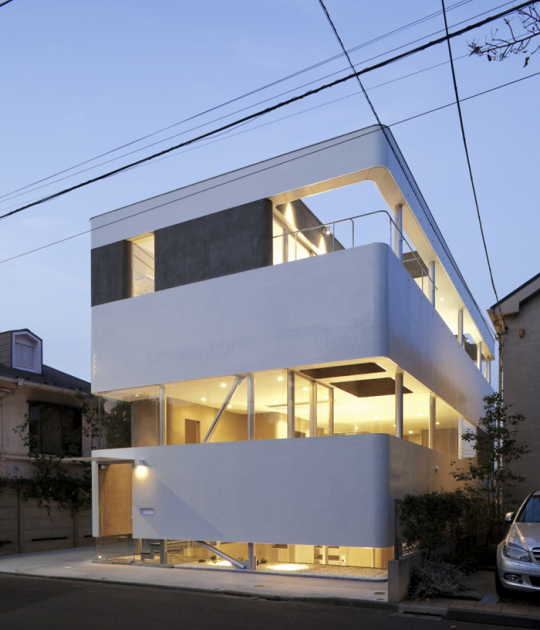 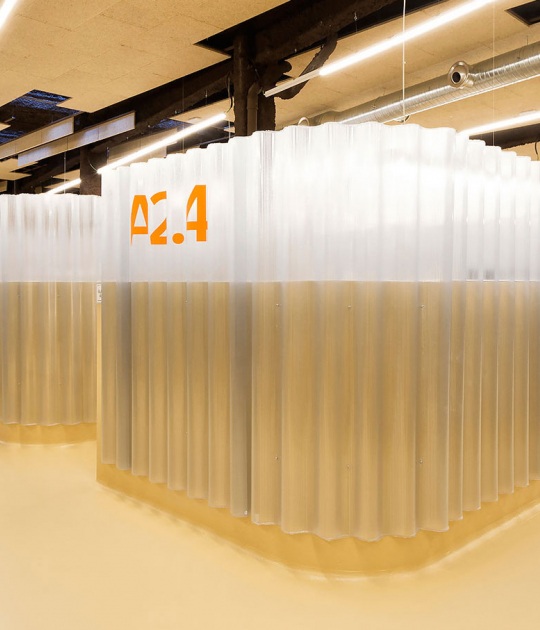 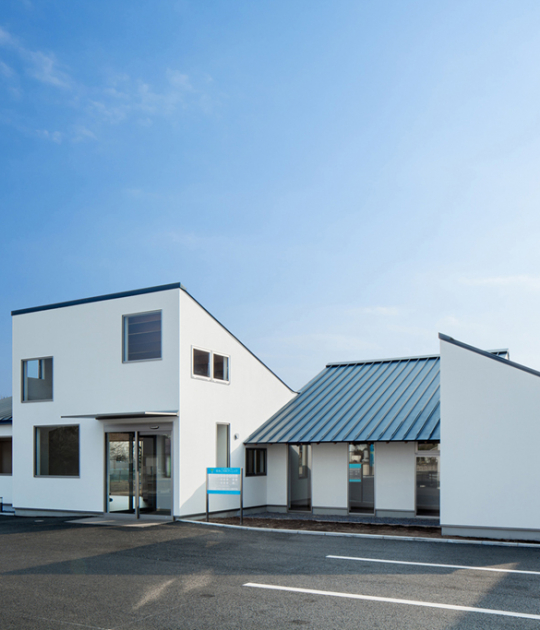 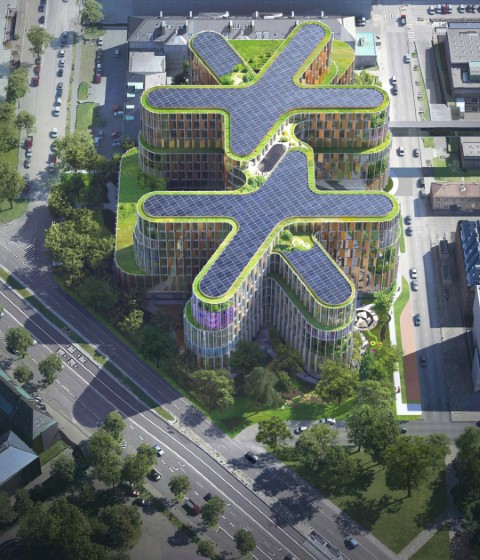