Between 1996 and 1998, the Japanese designer Issey Miyake (winner of the Kyoto Art and Philosophy prize and Praemium Imperiale for Sculpture) invited four artists to collaborate in the preparation of prints for his Pleats Please line. One of the chosen artists was Yasumasa Morimura, known for his multimedia images that appropriate and transform representations of classical Western art. 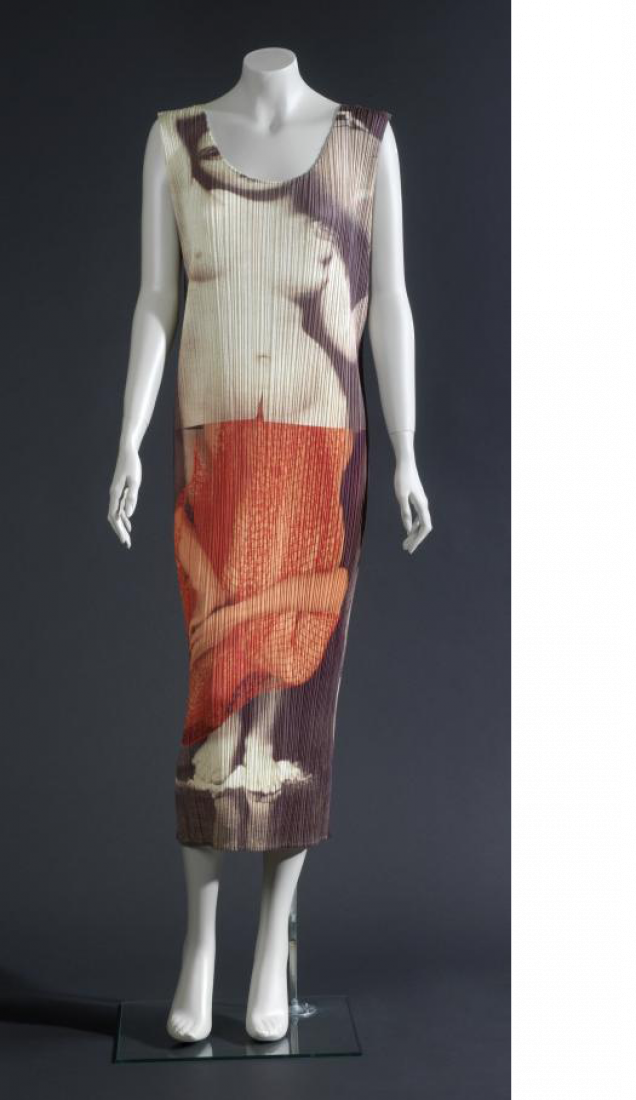 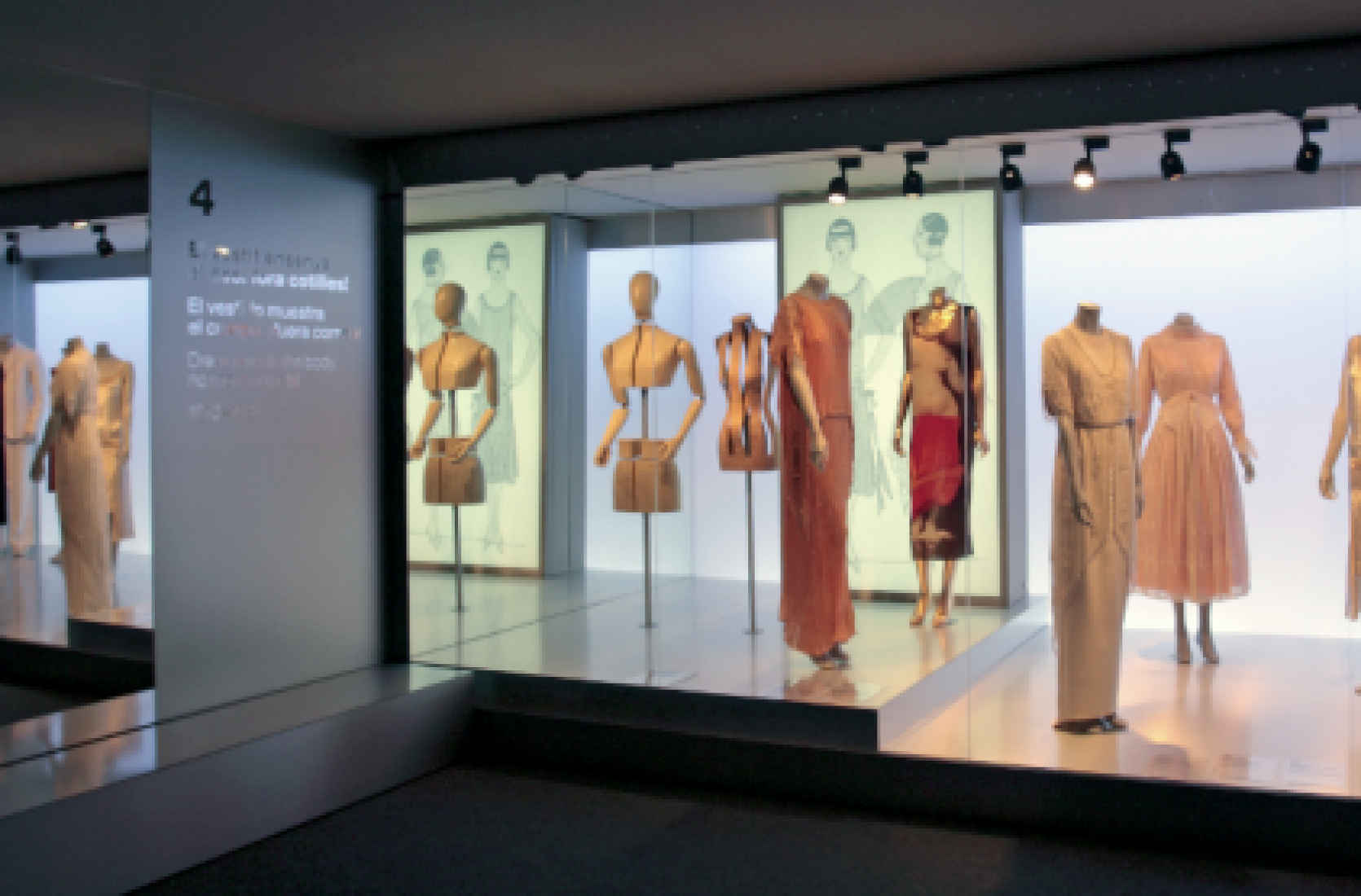 In the image you can see how he has melded a silkscreen of La source, by French painter Jean-Auguste Ingres, with an inverted colour photograph that he took himself. The result is a mix of contrasting images; woman and man, East and West, the dressed and nude body - a contemporary interpretation of a classical painting, applied to fashion. Miyake's creation can also be viewed more closely at our exhibition The Dressed Body in Museu Tèxtil i d’Indumentària,  Barcelona. 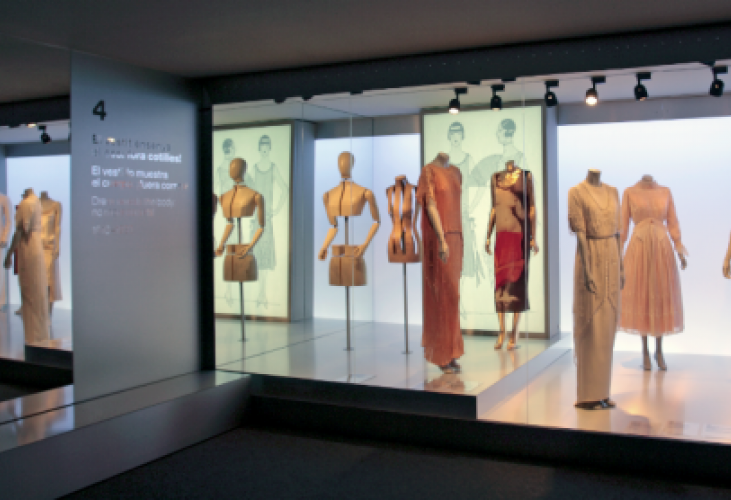 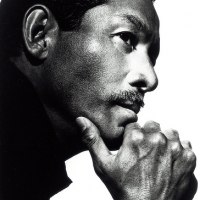 Issey Miyake (Born 22 April 1938 in Hiroshima, Japan - death 5 August 2022, Tokyo, Japan). As a seven-year-old, he witnessed and survived the nuclear bomb dropped on Hiroshima on August 6, 1945. He studied graphic design at the Tama Art University in Tokyo, graduating in 1964. After graduation, he worked in Paris and New York City. Returning to Tokyo in 1970, he found the Miyake Design Studio.

In the late '80s, he began to experiment with new methods of pleating that would allow both flexibilities of movement for the wearer as well as ease of care and production. This eventually resulted in a new technique called garment pleating and in 1993's Pleats Please in which the garments are cut and sewn first, then sandwiched between layers of paper and fed into a heat press, where they are pleated. The fabric's 'memory' holds the pleats and when the garments are liberated from their paper cocoon, they are ready to wear. He did the costume for Ballett Frankfurt with pleats in a piece named "the Loss of Small Detail" by William Forsythe and also work on the ballet "Garden in the setting".

He had a long friendship with Austrian-born pottery artist Dame Lucie Rie. She bequeathed to him her substantial collection of ceramic and porcelain buttons, which he integrated into his designs and presented in new collections.

In 1994 and 1999, Miyake turned over the design of the men's and women's collections respectively, to his associate, Naoki Takizawa, so that he could return to research full-time. In 2007, Naoki Takizawa opened his own brand, supported by the Issey Miyake Group and was replaced, as a Creative Director of the House of Issey Miyake, by Dai Fujiwara. 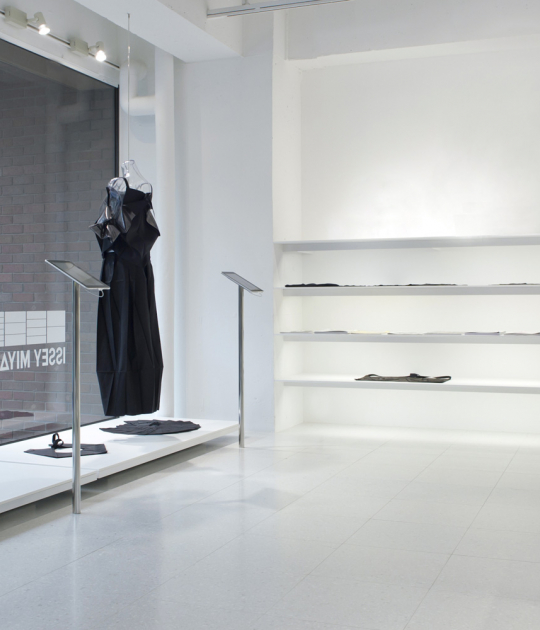 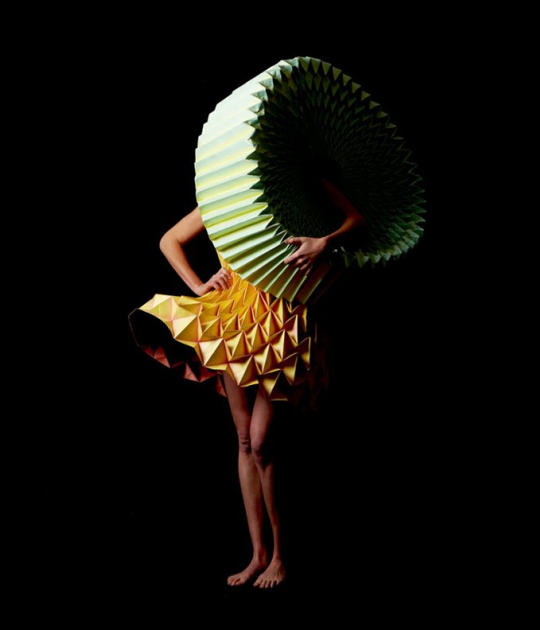 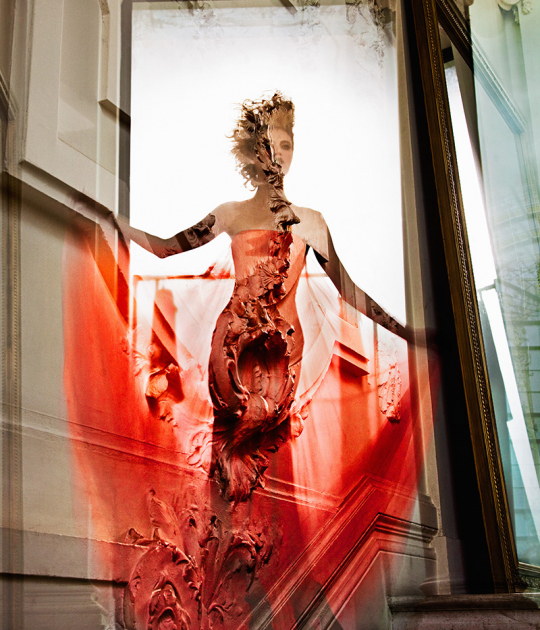 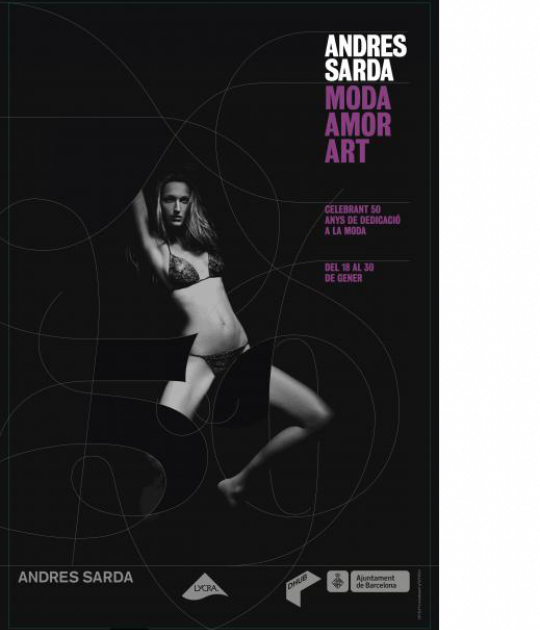