es
A selection of more than 150 photographs and other materials such as magazines and publications from the Paco Gómez archive, produced by Alberto Martín. The exhibition includes images of his career and the development of his work over several decades. 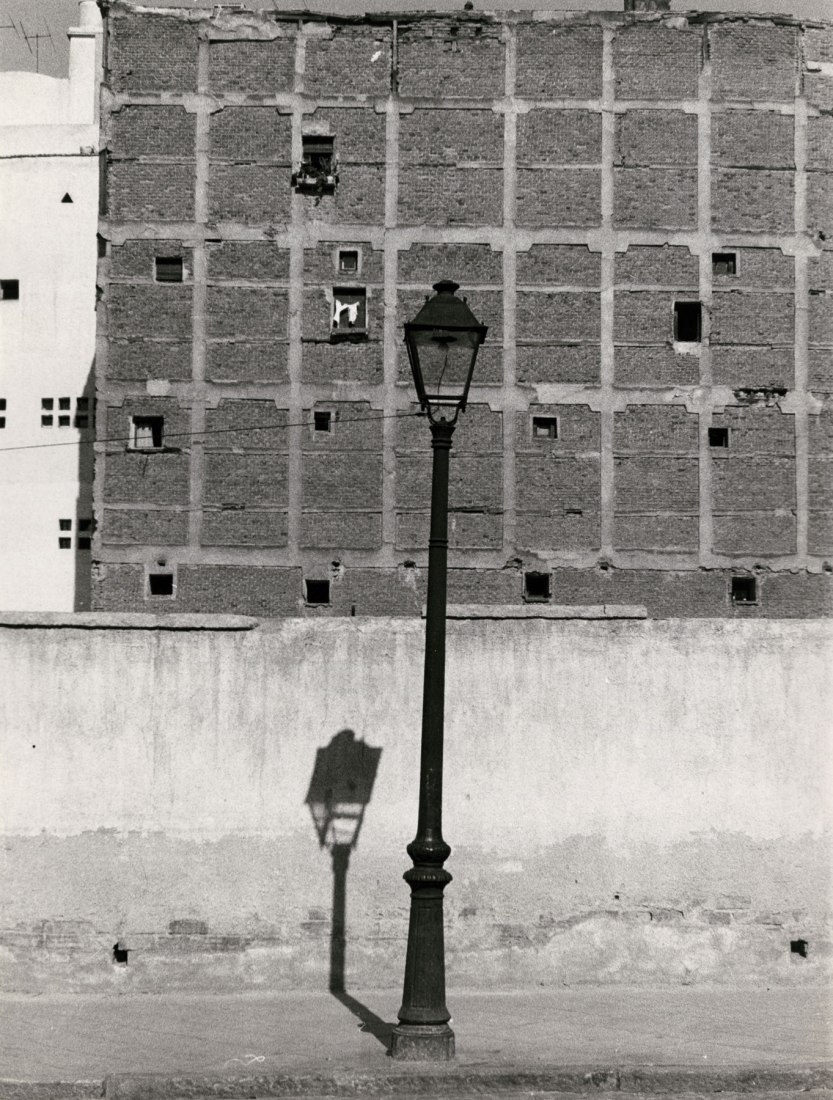 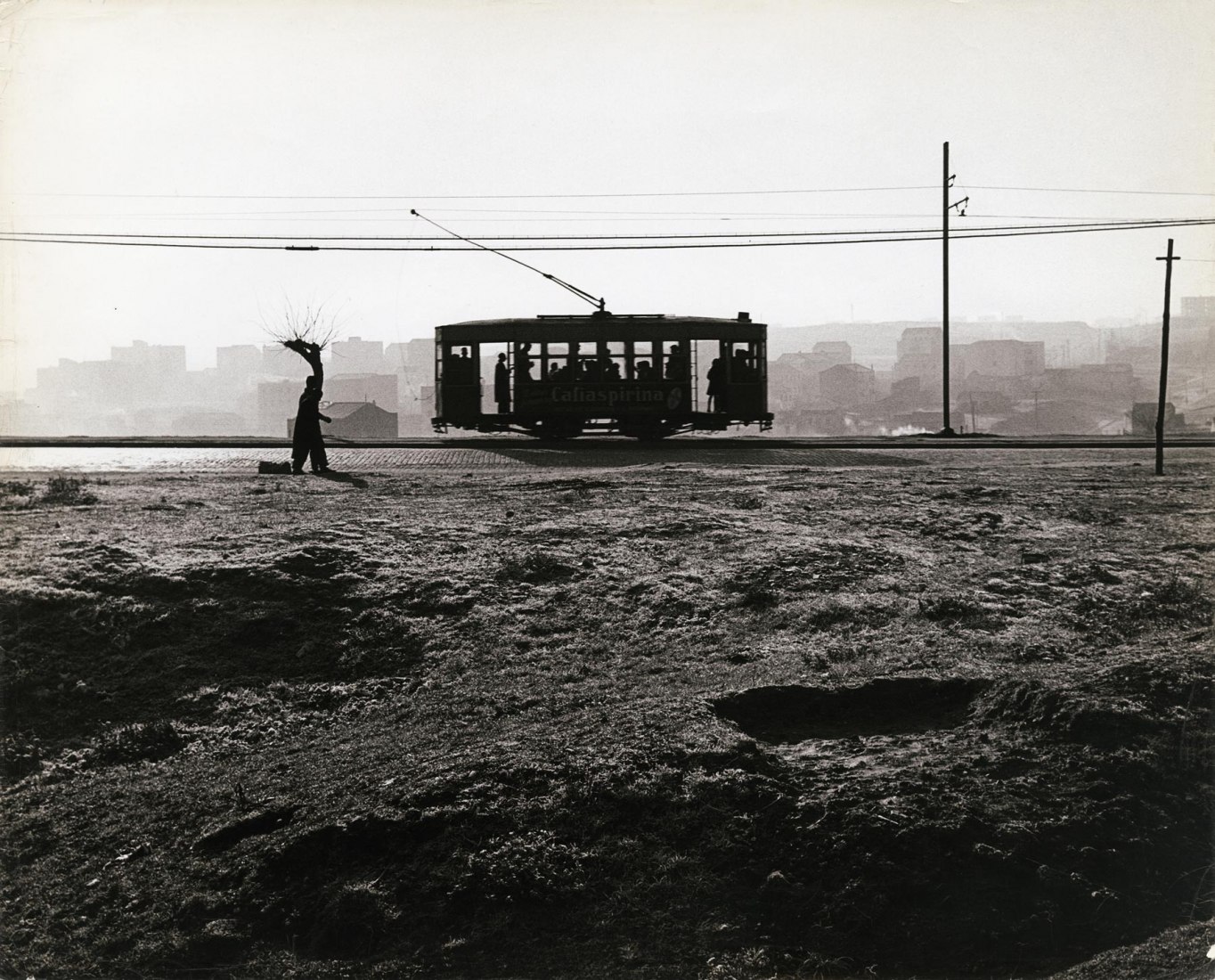 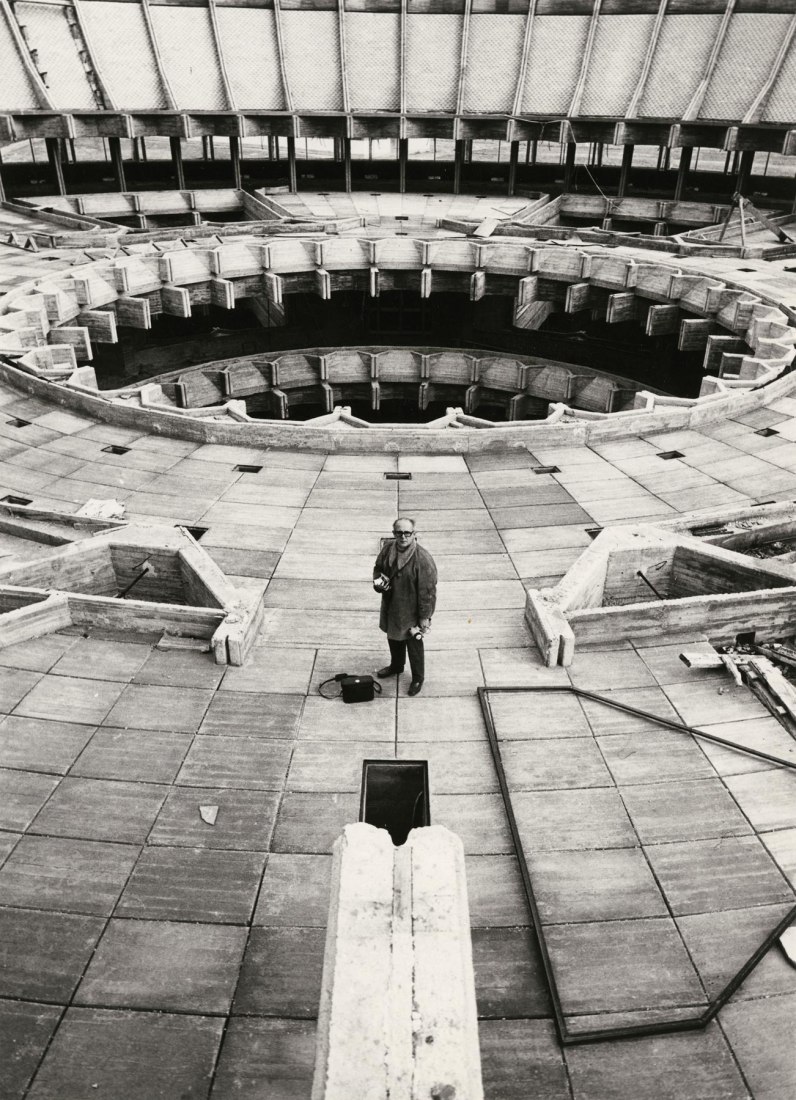 Unknown author Francisco Gómez during the realization of a report in the Center of Artistic Restorations. Madrid, 1970 Silver gelatin, vintageprint, 18x13 cm © Archivo Paco Gómez / Fundación Foto Colectania. Via Alberto Humanes, the author of the photograph was Fernando Higueras 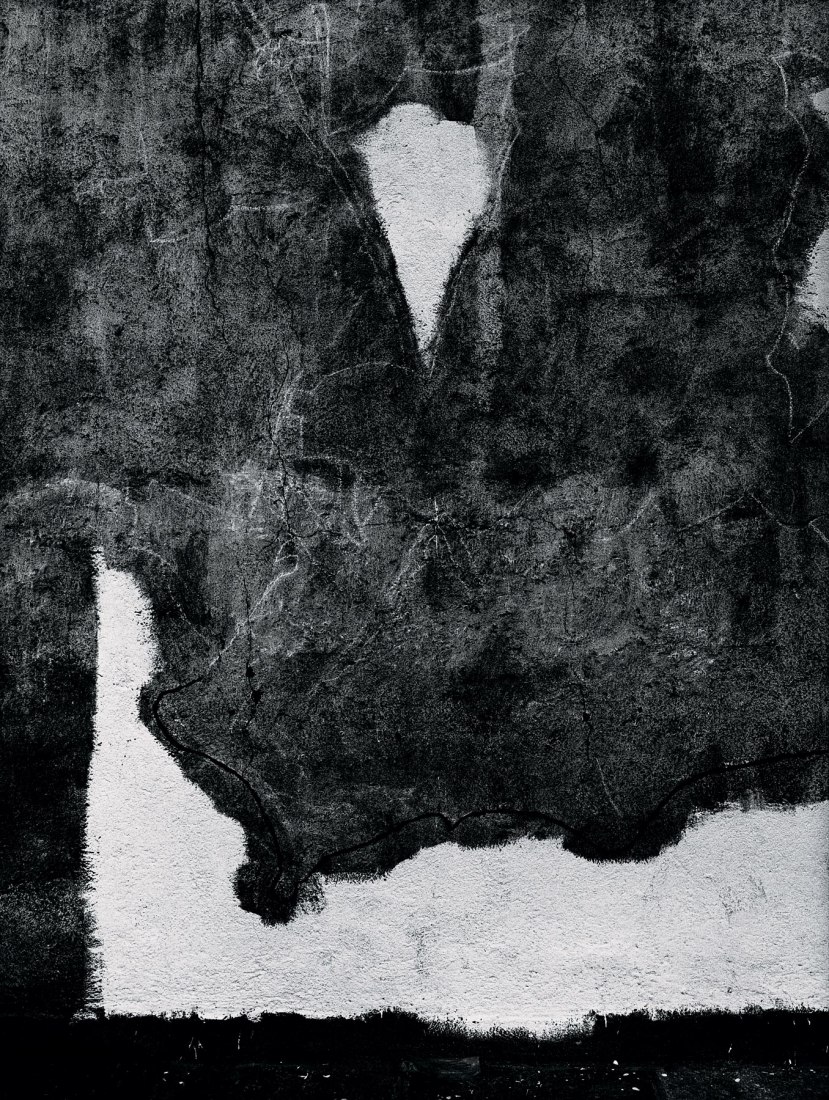 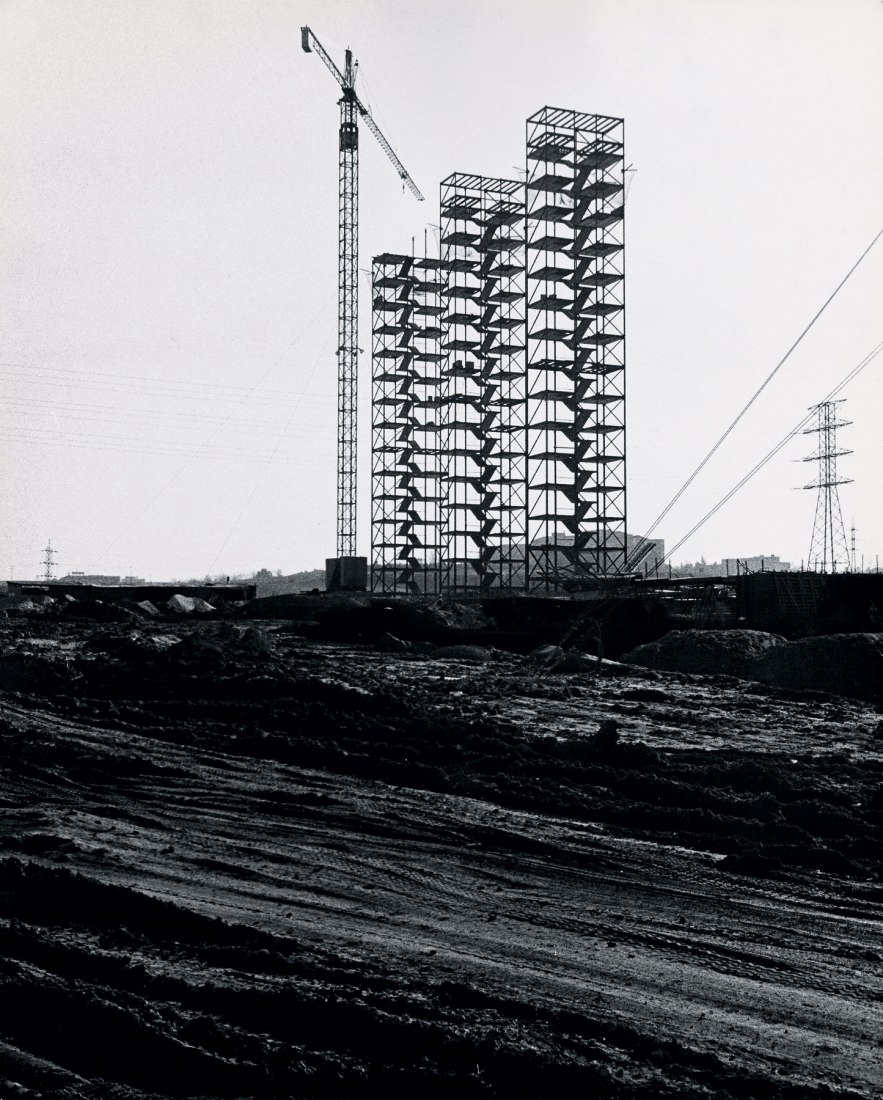 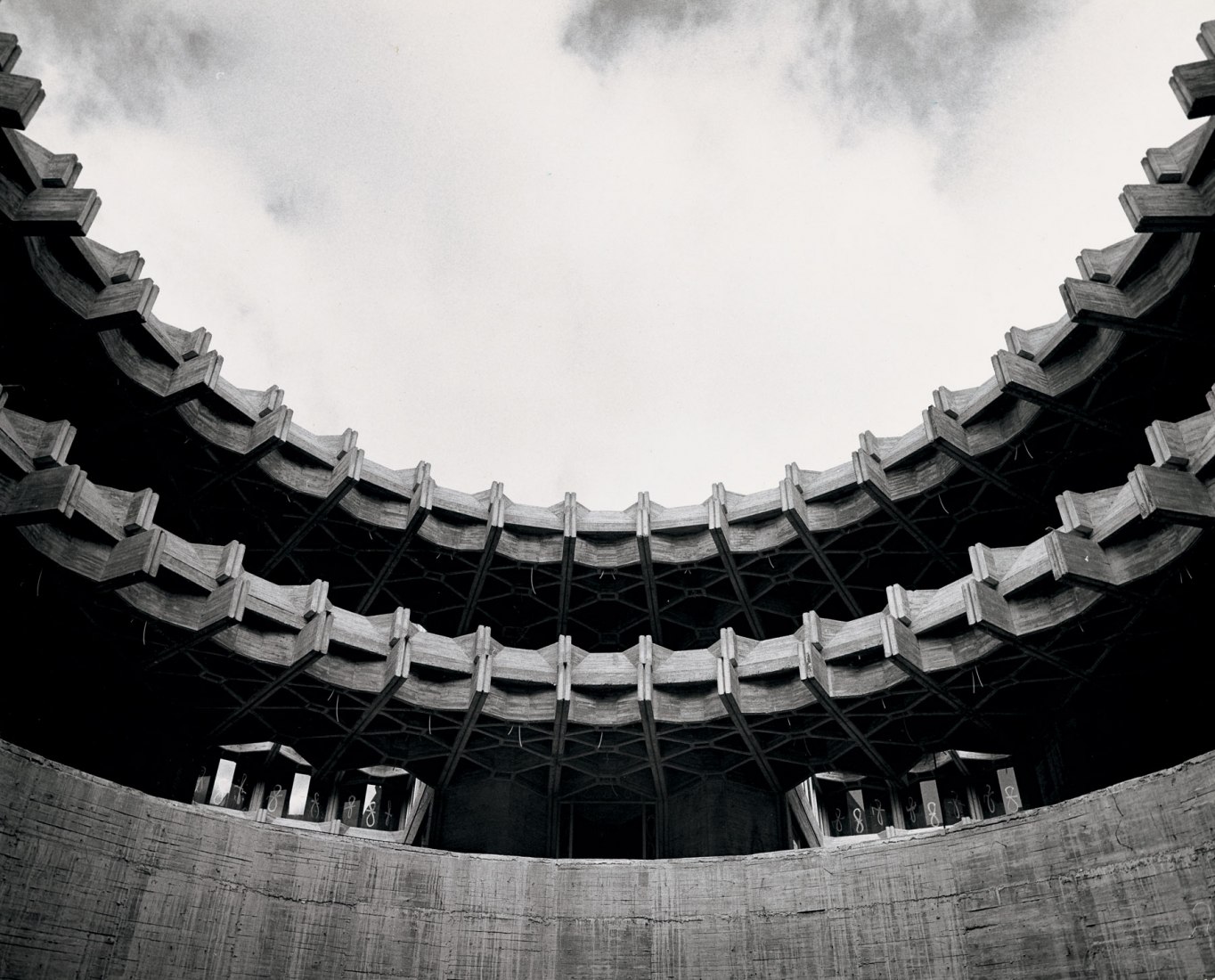 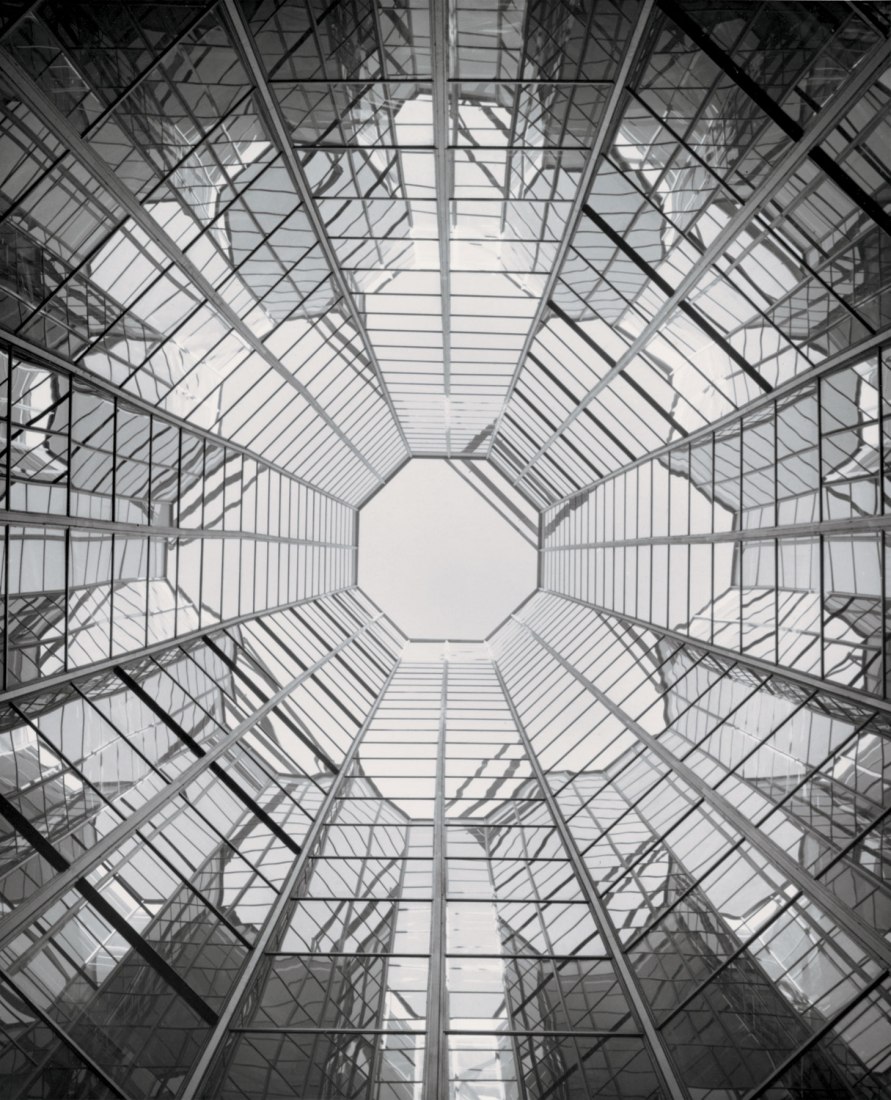 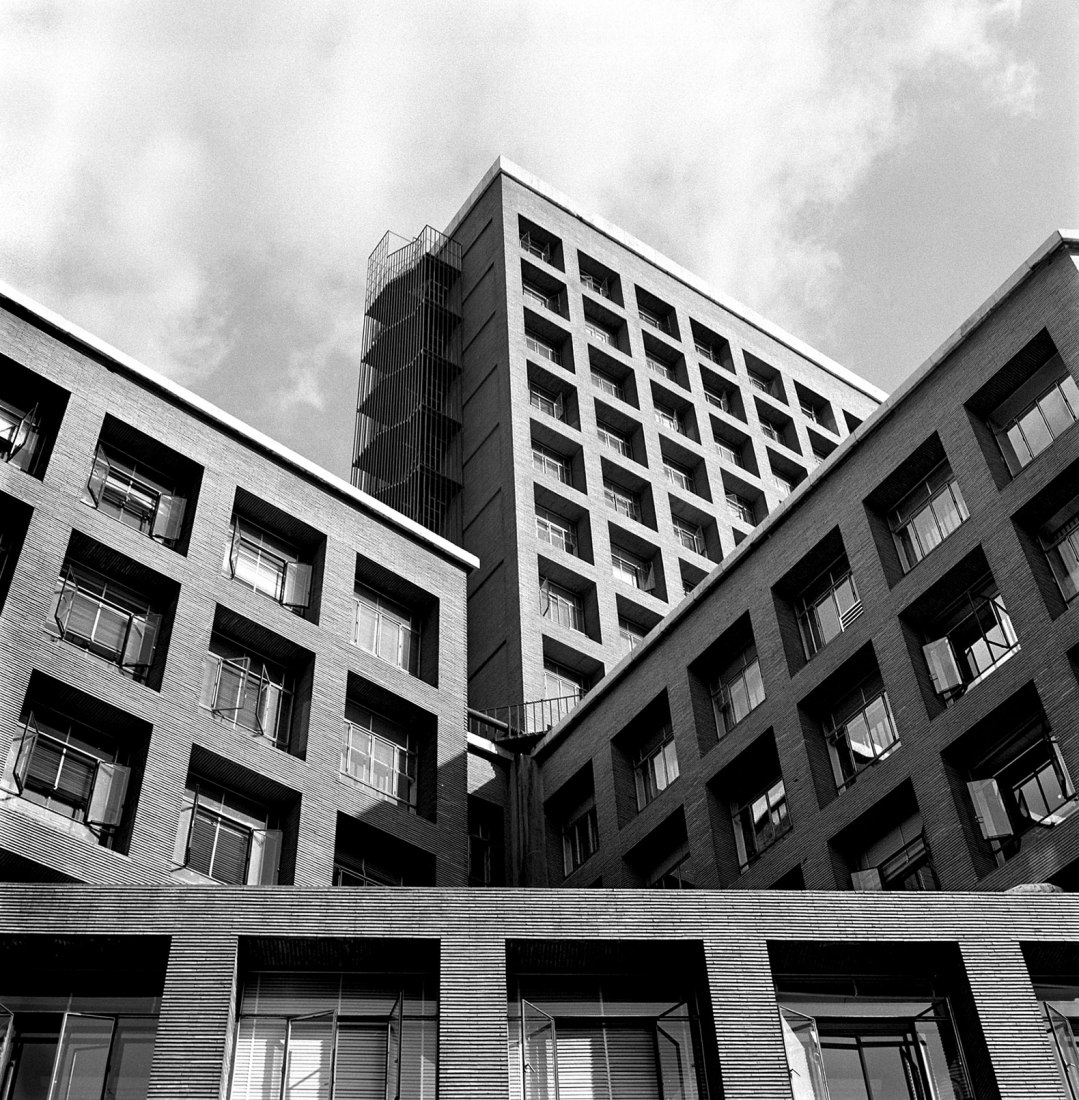 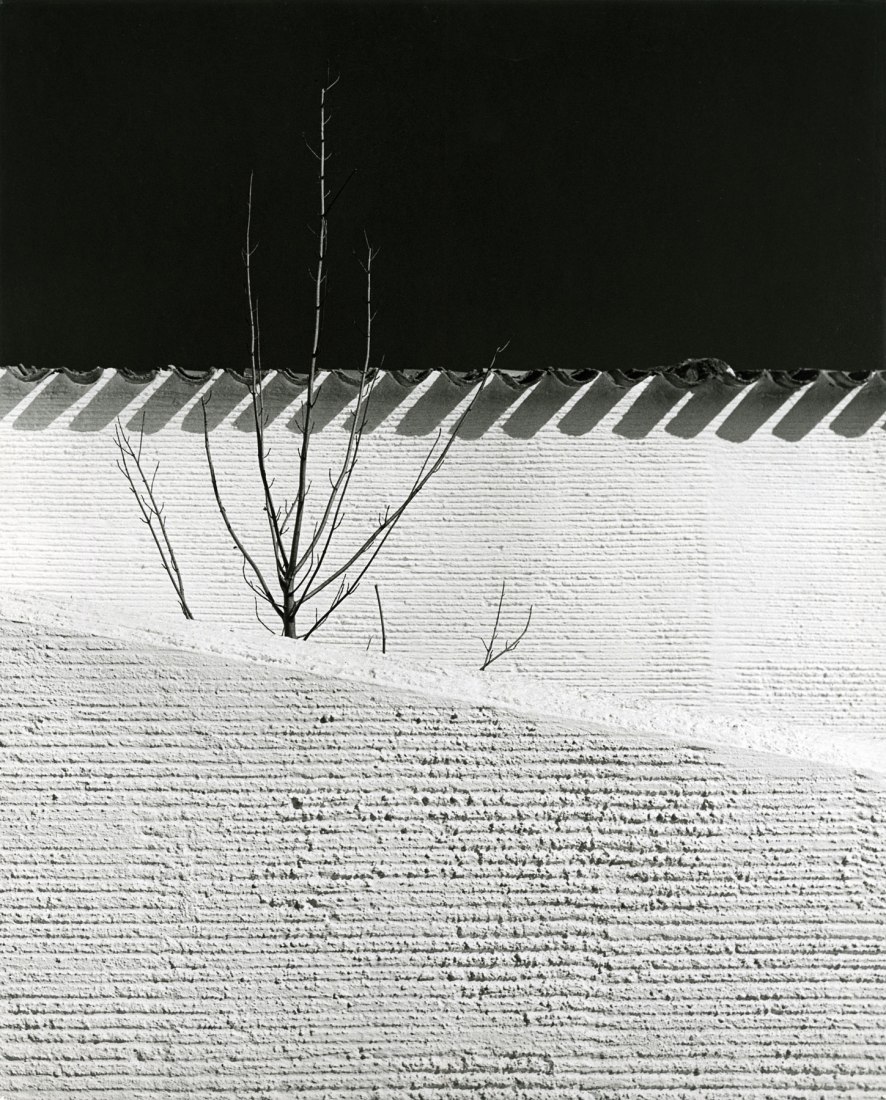 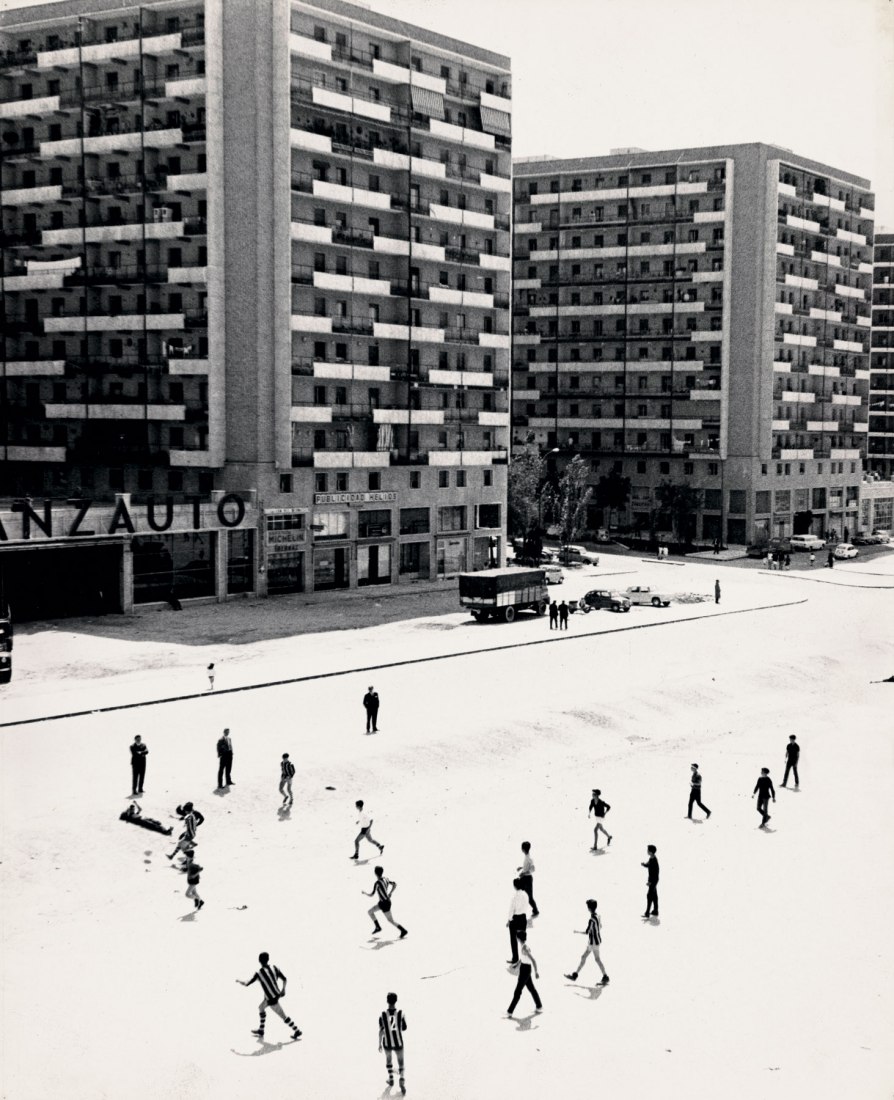 The Foto Colectania Foundation presents next March, the best images of Francisco Gómez, an iconic figure of twentieth-century Spanish photography, in the exhibition "Archive Paco Gómez: The poetic moment and the architectural image" in Barcelona, after having been exposed in Madrid in the Canal de Isabel II Exhibition Hall.

The Foto Colectania Foundation will open the exhibition "Paco Gómez Archive. The Poetic Instant and the Architectural Image", curated by Alberto Martín, and devoted to the photographer Francisco Gómez (Pamplona 1918 - Madrid, 1998), also known as Paco Gómez. He is considered to be one of the most singular photographers within the group of authors who renewed Spanish photography during the mid-20th century. This exhibition is a project of the Directorate General for Cultural Promotion of the Community of Madrid in collaboration with the Foto Colectania Foundation, and with the special collaboration of the Banco Sabadell Foundation.

The aim of the exhibition is to show several aspects of Francisco Gómez's extensive photographic career, throughout more than 150 photographs and other materials, such as magazines and publications, in a journey that will take us from his most canonical and disseminated creation -the poetic moment, that suspends time and transcends the real- to the architectural image, as a poetic interpretation of architecture. Precisely, this exhibition highlights Francisco Gomez’s architectural photography, a field of work scarcely known, to which, however, he devoted most of his career throughout an extensive collaboration with the Architectura magazine.

"He is one of the few photographers who consciously developed the practice of urban documentary. He photographed a crucial period for architecture in our country (from the 60s to mid-70s), as an important renovation was taking place, with great names and works", as explains the exhibition’s curator, Alberto Martín. He adds that Francisco Gomez's photographs transmit to the viewer when looking at his work "an almost existential realism of beauty and astonishment".

Francisco Gómez’s architectural images have a great expressive power thanks to lights and shadows, broken corners, walls and stairs, and unusual perspectives. An example of this is the photograph Torres Blancas, Madrid 1968 (architect Javier Saez de Oíza) or Vivienda unifamiliar Somosaguas from 1969 (architect Javier Carvajal).

Gómez knew how to portray Madrid suburbs’ growth, the borders where the city abruptly ends and the countryside begins; there, he places the human figure, in landscapes of uncompromising austerity (as seen in Barrio de Joaquín Rubio Camín, 1959). His work is thus equidistantly placed between realism and abstraction, between subjective photography and the neorealism characteristic of his time.

About his biography, the curator stands out that Francisco Gómez was the Manager of a family tailor shop in Madrid, which he portrays in some photographs. "He was a reserved person and exercised a discreet photographic practice, such as architecture photography; he published his work in a pioneer magazine of that time, but mainly focused on a professional sector ".

According to the curator, "the exhibition travels throughout Francisco Gómez’s career, expanding the canon created around him". It shows a time line of his photographic training, from 1957 to 1963, and more than 40 covers of the Arquitectura magazine, published by the College of Architects of Madrid. Also, different sections of the exhibition show the evolution of Francisco Gómez’s work and his obsessions: walls and party walls, architectural metaphors, peripheries, and the emigration from the countryside to the city, among others.

Francisco Gómez’s photographic archive holds more than 24,000 negatives and nearly one thousand prints and it was entirely donated to the Foto Colectania Foundation by the archive’s heirs in 2001. Since then, numerous projects have been carried out to study and disseminate his work.

Francisco Gómez (Pamplona, 1918 - Madrid, 1998) is one of the leading photographers of the intense process of Spanish photography renewal during the mid-twentieth century. He joined the Real Sociedad Fotográfica of Madrid in 1956, but soon after he took part in some of the main photographic groups and movements that emerged in our country since the 1950s: the Afal group, La Palangana group or La Escuela de Madrid. Within this context, his work remains always singular and placed between realism and abstraction, subjective photography and neorealism.

His career took a new turn and gained new impulse when he started to collaborate with the Arquitectura magazine, between 1959 and 1974, published by the College of Architects of Madrid. His relationship with this magazine greatly diversified his work, opening up to genres such as architecture photography, photography reports or an incipient urban documentary practice.

Francisco Gómez ‘s work is part of important public and private collections, like the Museo Nacional Centro de Arte Reina Sofía (MNCARS) of Madrid, the Instituto Valenciano de Arte Moderno (IVAM) of Valencia, the Telefónica Foundation of Madrid; or the Centro Andaluz de Arte Contemporáneo (CAAC) of Sevilla, among others. 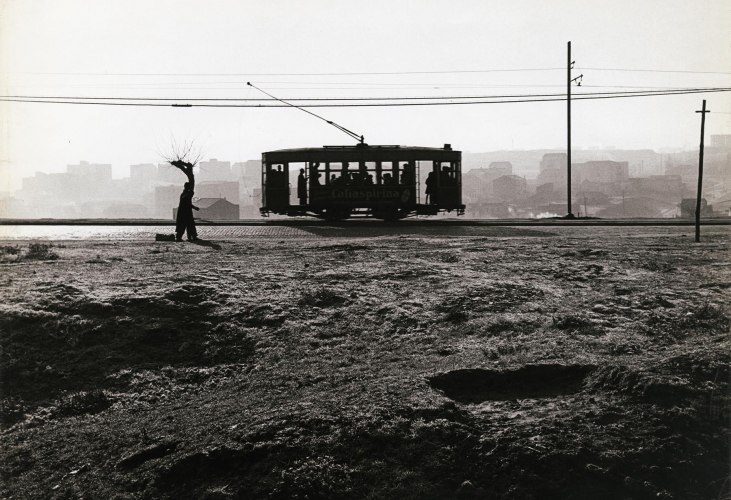 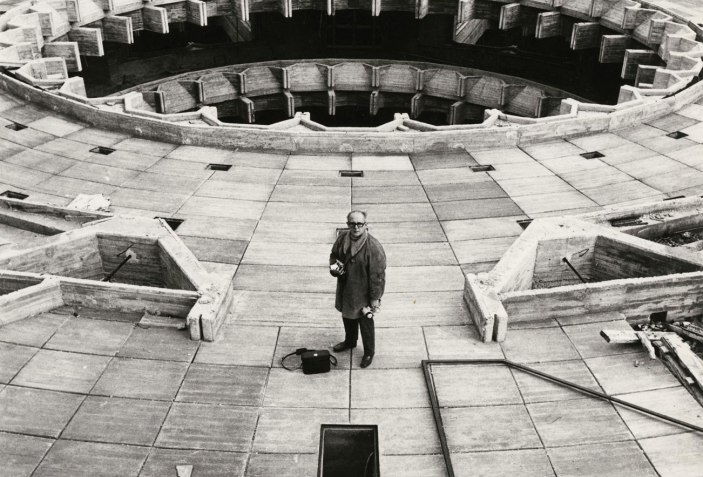 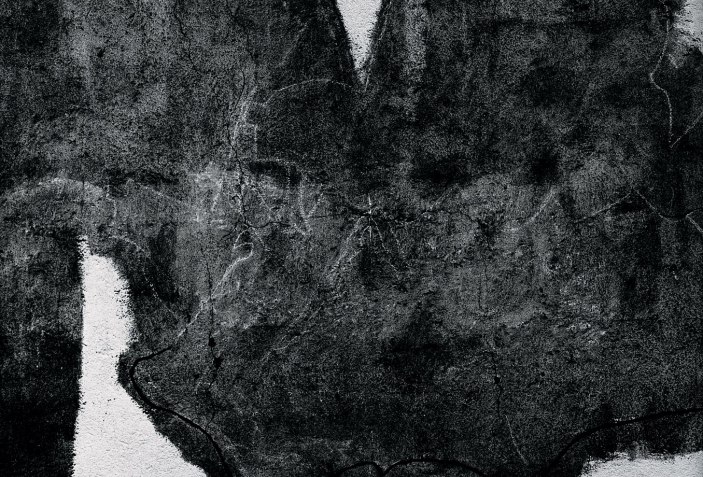 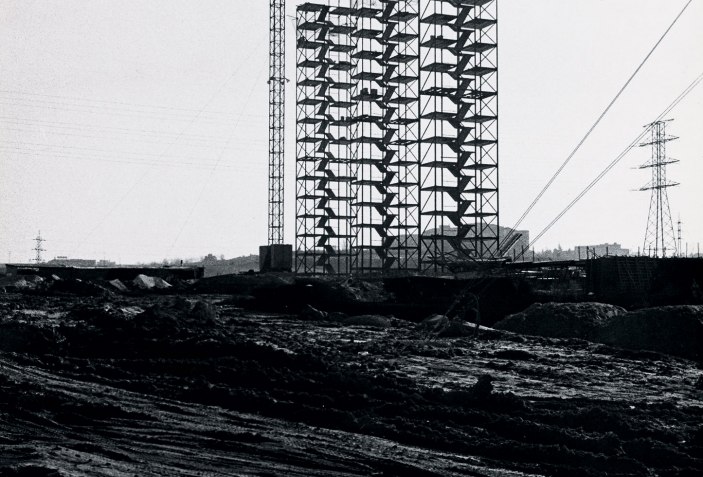 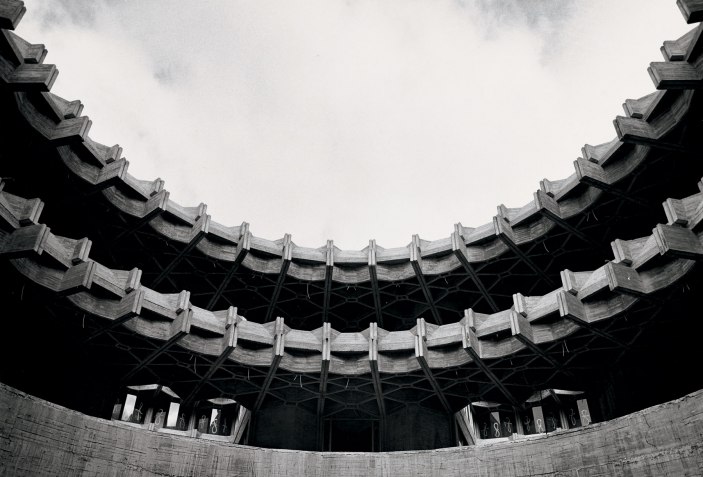 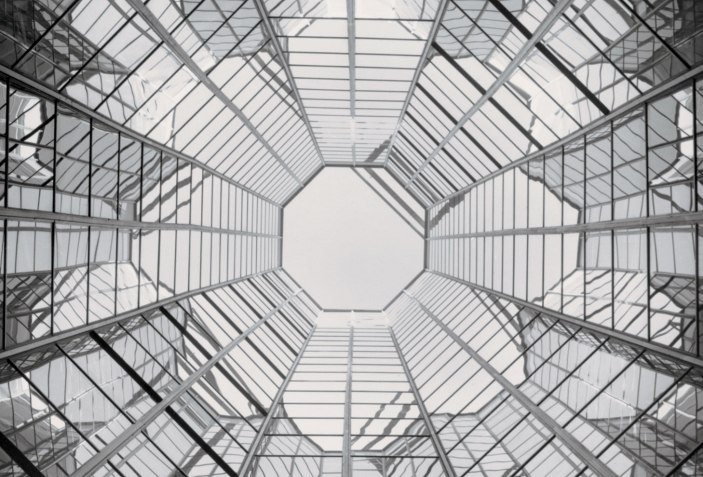 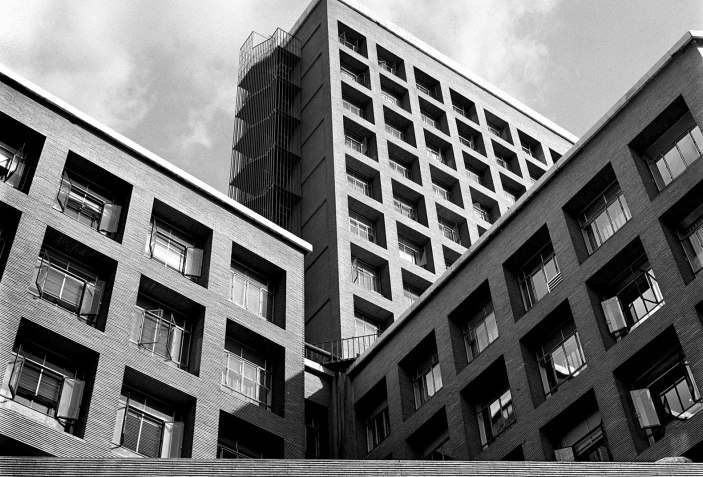 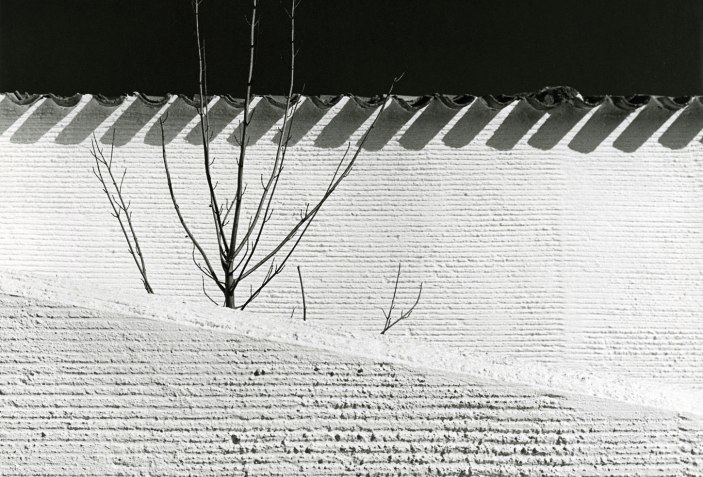 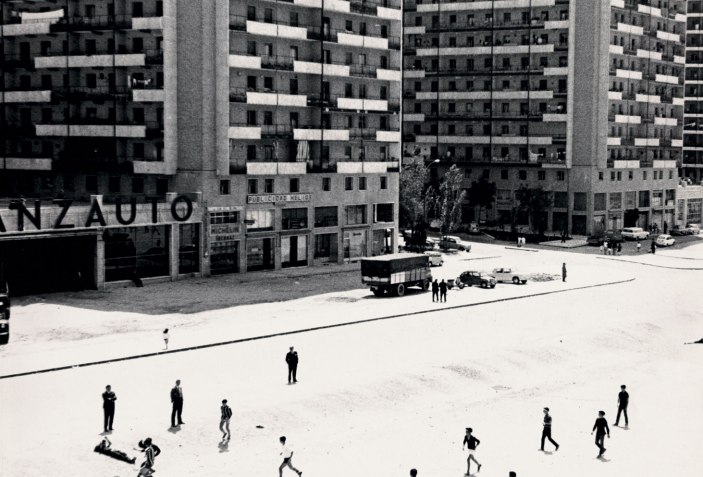 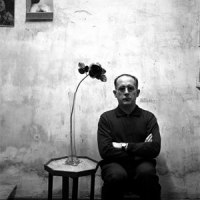 Francisco Gómez, (1918–1998), known as Paco Gómez he is one of the undisputed names of contemporary photography in the second half of the twentieth century. His presence in the photographic media begins with his admission to the Royal Photographic Society in 1956, it continues his subsequent entry into Afal in 1957 and the formation of the group La Palangana in 1959, with photographers like Gabriel Cualladó, Gerardo Vielba or Ramón Masats. This group was the initial germ of the so-called School of Madrid. The union of the group resulted from the close friendship among them and in common aesthetic and theoretical considerations about photography, far from the pictorialism and "salonism" that prevailed at the time, and with greater concern for social issues. Paco Gómez maintained an innovative way of looking, which is astonishingly relevant today, photographing interiors and exteriors of buildings and architectural constructions of the time. His importance in photography is also secured by its identification as a member of the School of Madrid. Much of the photographic legacy of Paco Gómez belongs today to Fundación Foto Colectania. It can also be found in collections such as the Museo Nacional Centro de Arte Reina Sofía (MNCARS), the IVAM and the Telefonica Foundation. Ramón Masats sais about him, "he was, in my opinion, the best photographer of my generation. Neither more nor less." (VV.AA.:2008) 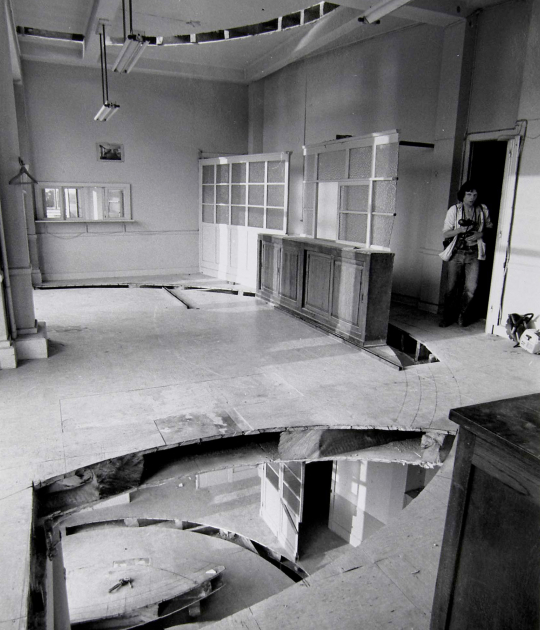 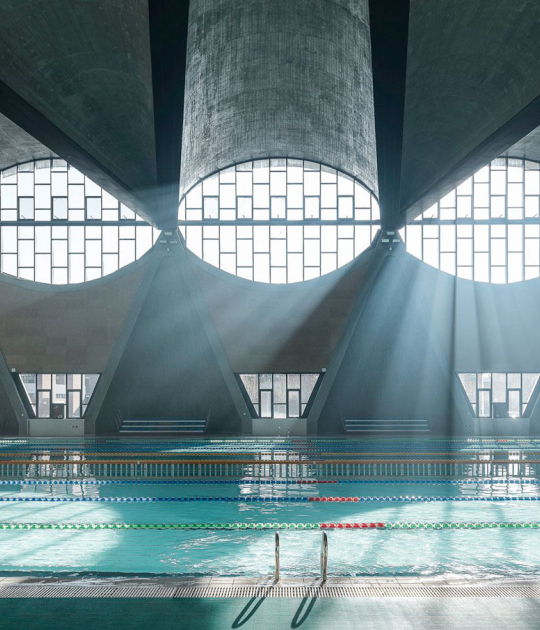 Arcaid unveiled the shortlist for its best architecture photograph of 2017 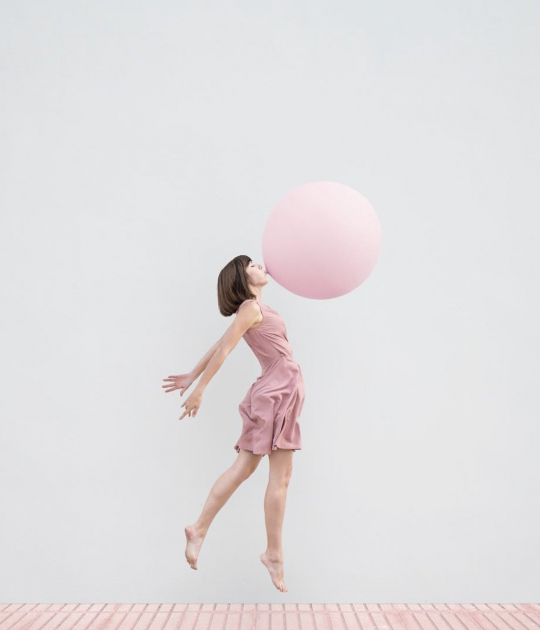 A fun couple of architects who interact with architecture

29/07/2017 - Anna Devis and Daniel Rueda [from Valencia to all around the World] - metalocus, JOSÉ JUAN BARBA
Design 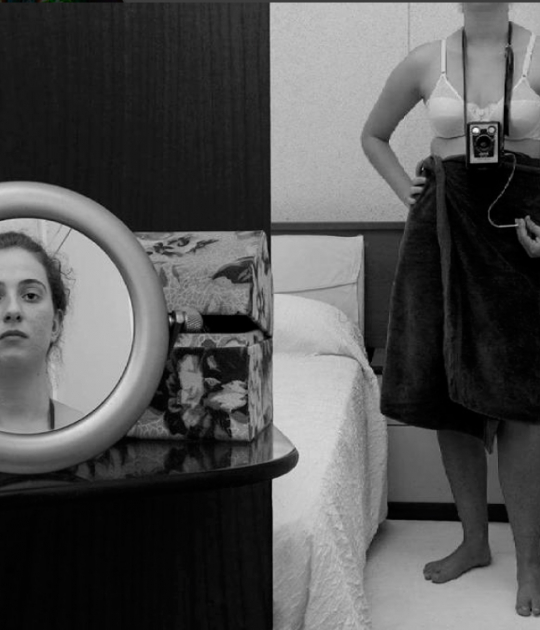 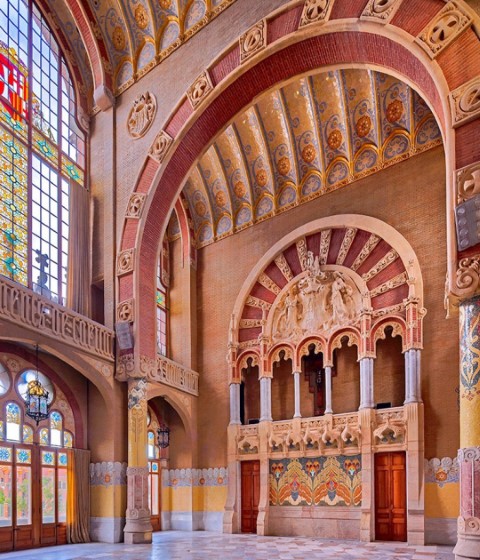