Koekamp is a project for the new entrance to the 'Hollandse Duinen' National Park in The Hague in the Netherlands, which is expected to be completed in 2024. To realize it, Delva Landscape Architecture Urbanism and Powerhouse Company have combined landscape and environment as well as architecture.

Nature will be the main attraction and protagonist of the park, thus building the entrance concerning it. Both parties at the helm of the project rejected the idea of constructing a building that would clash with the surroundings. 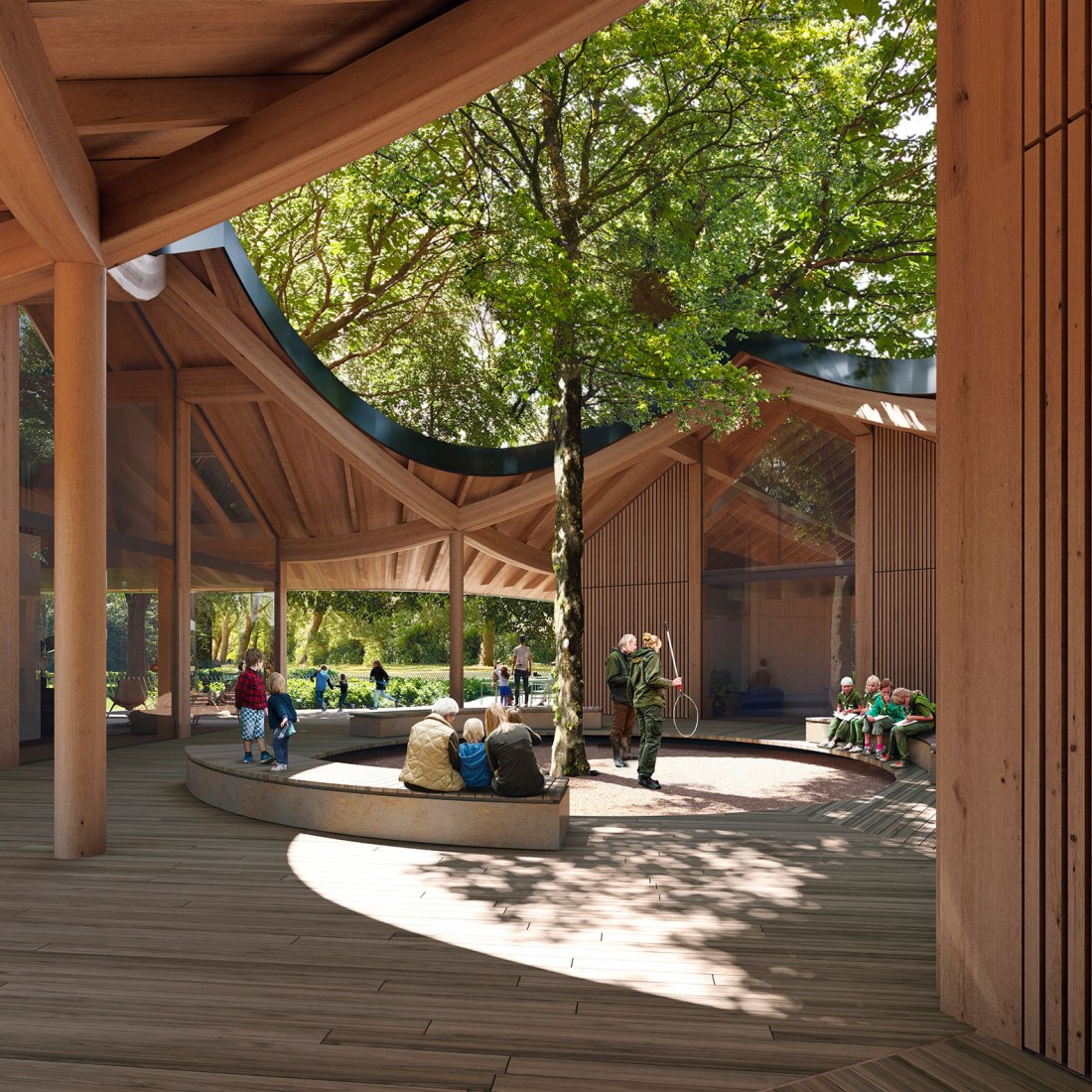 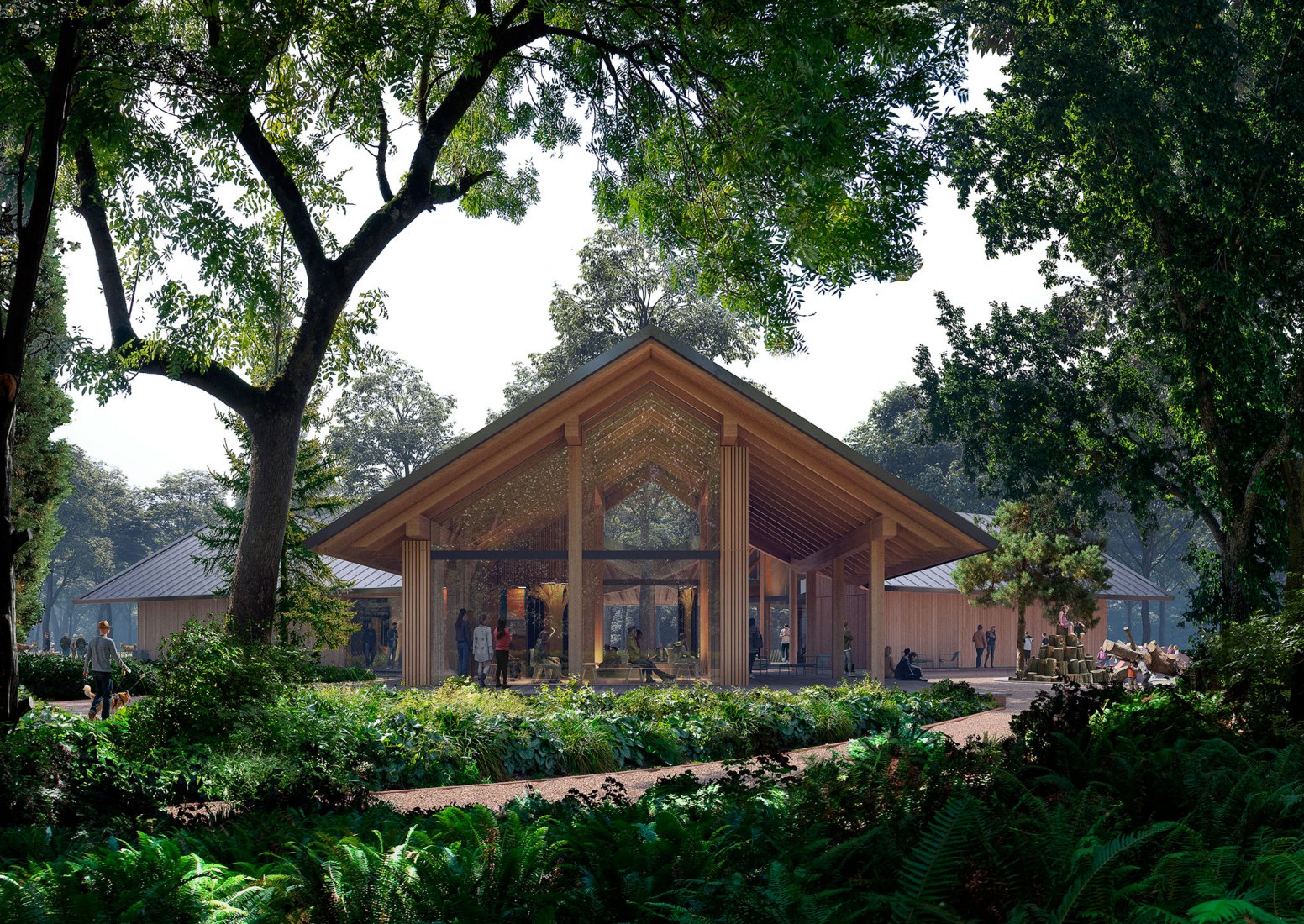 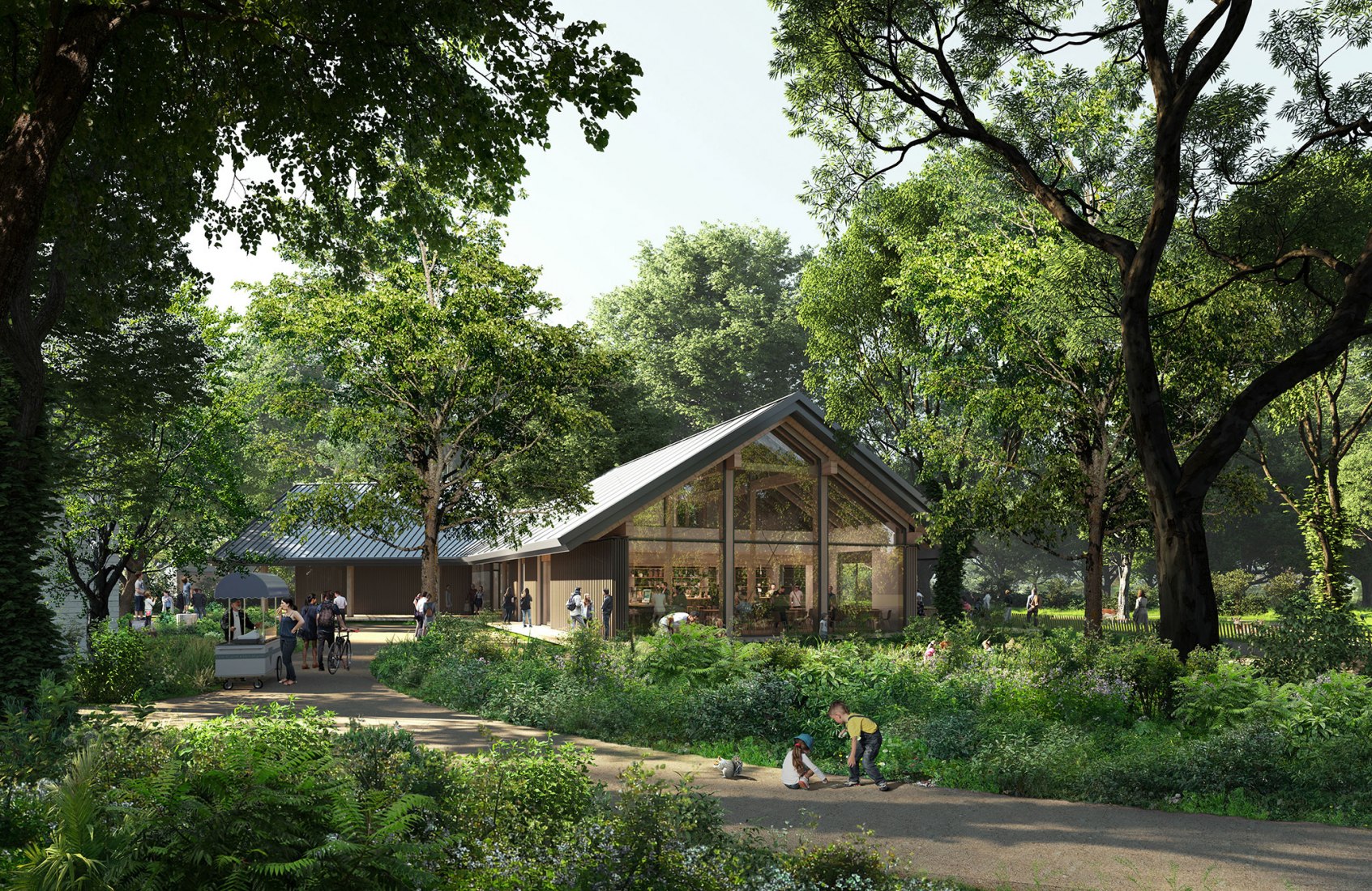 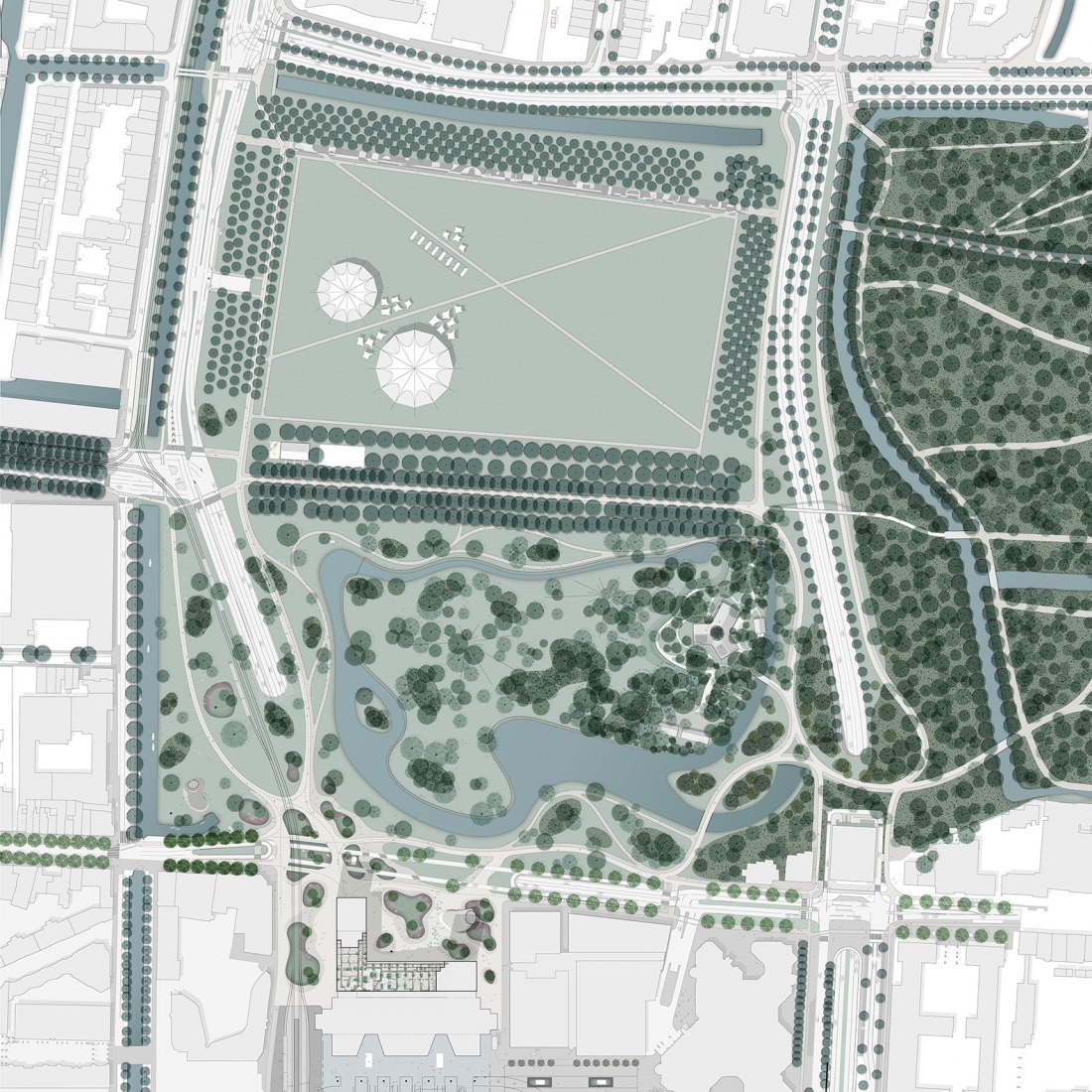 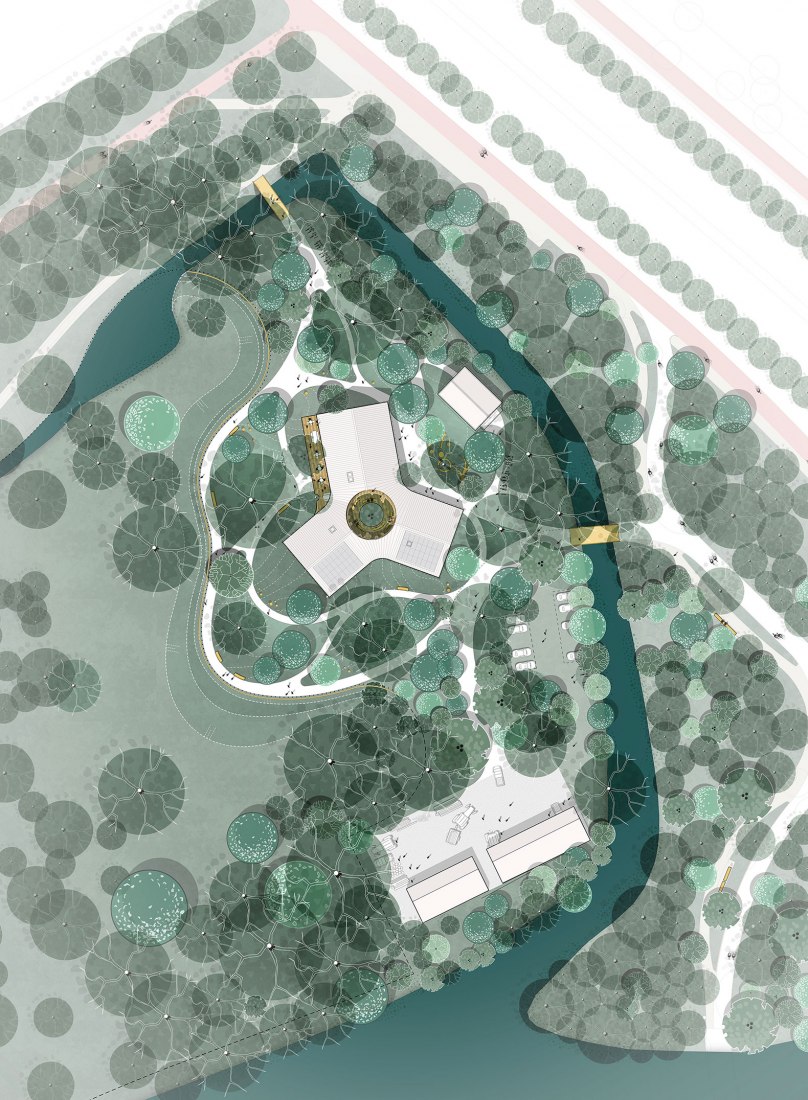 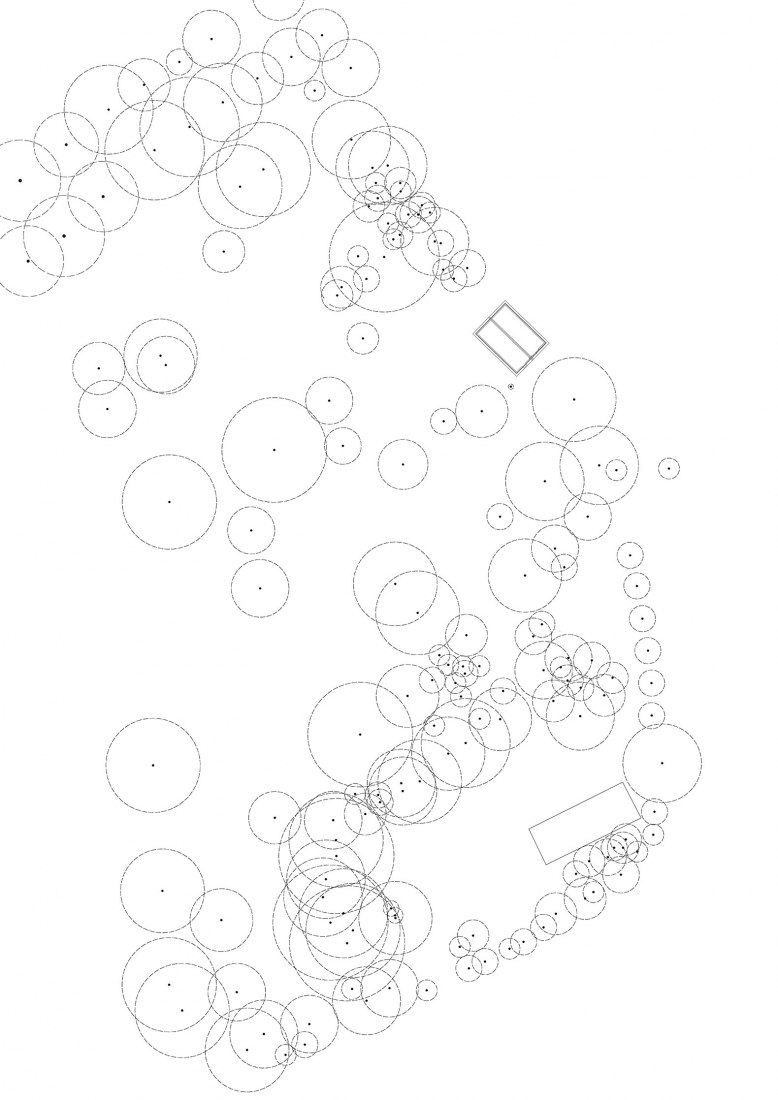 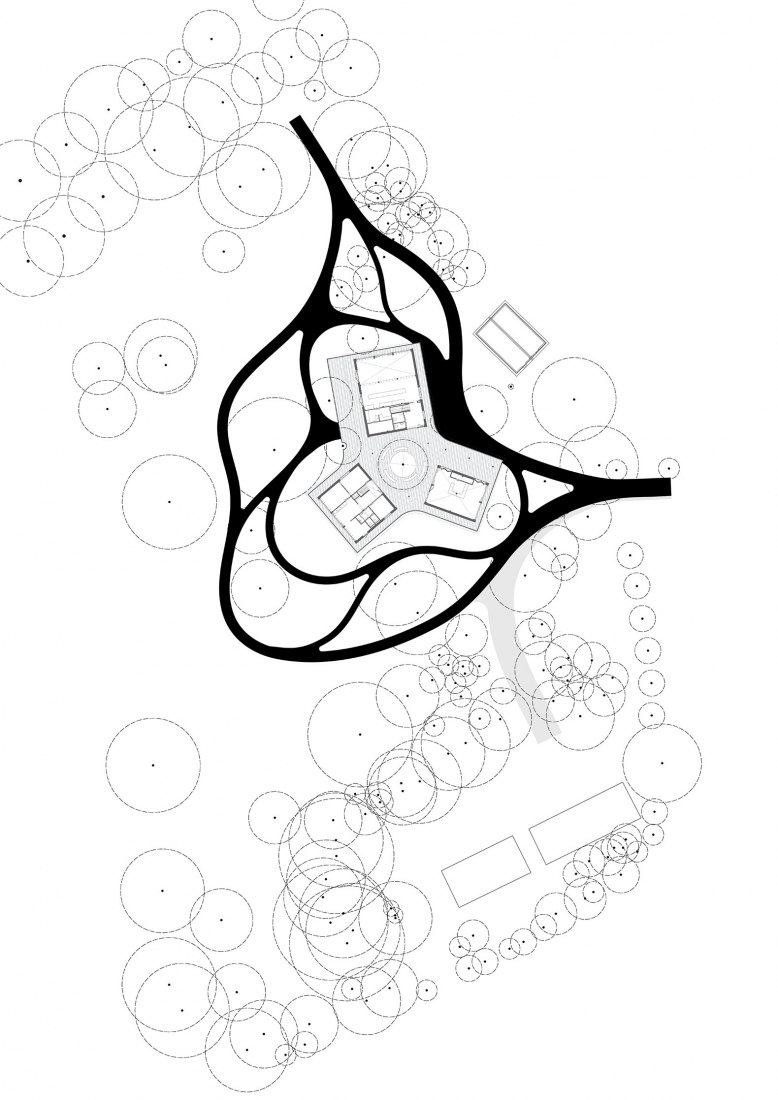 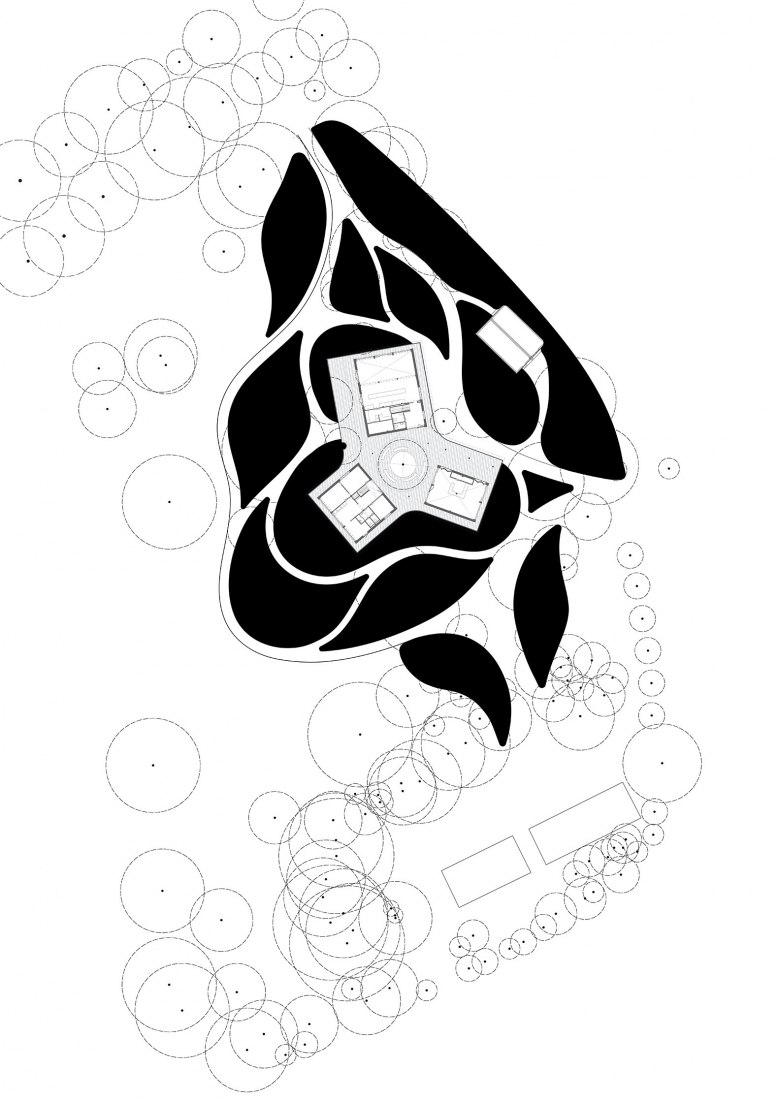 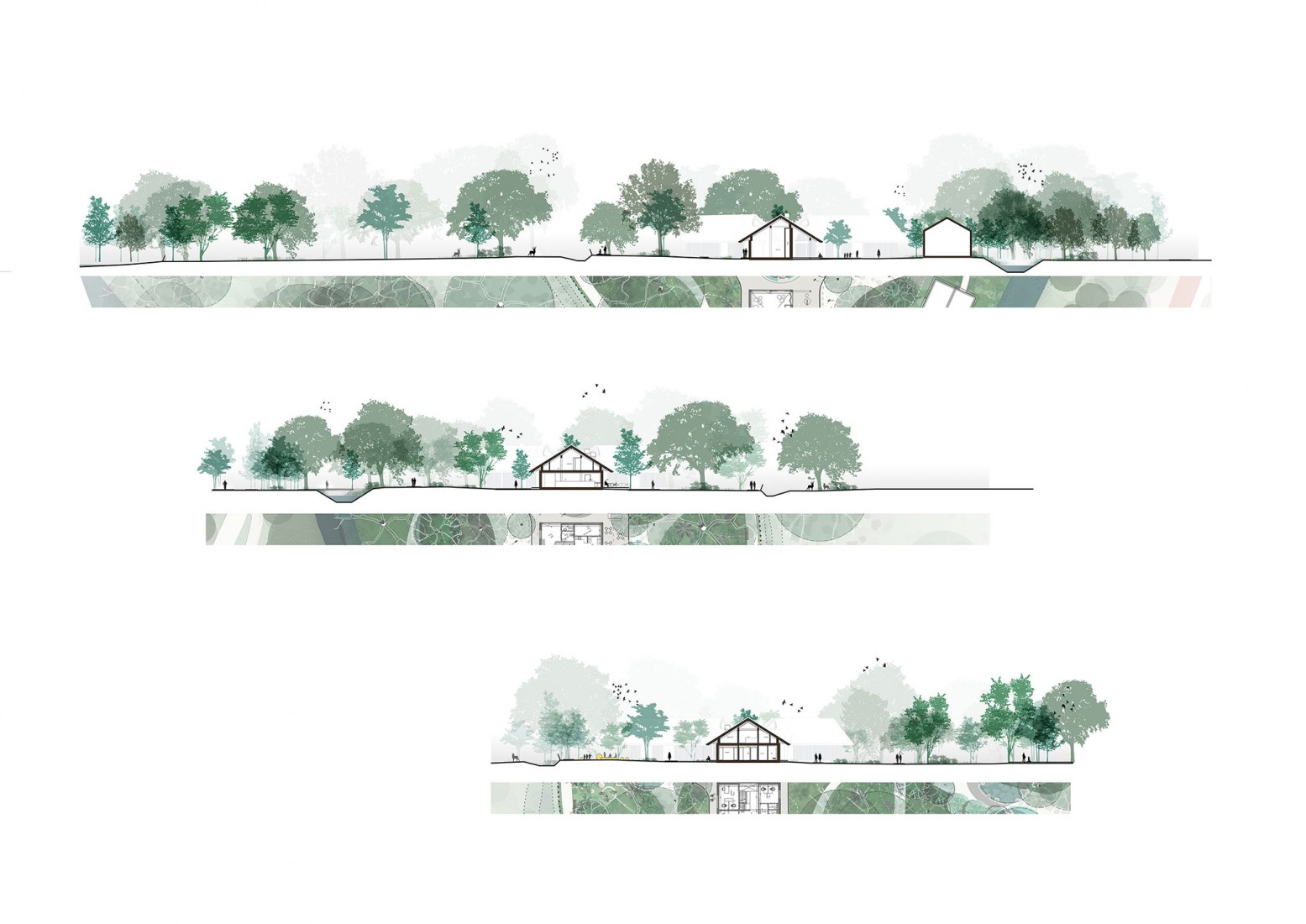 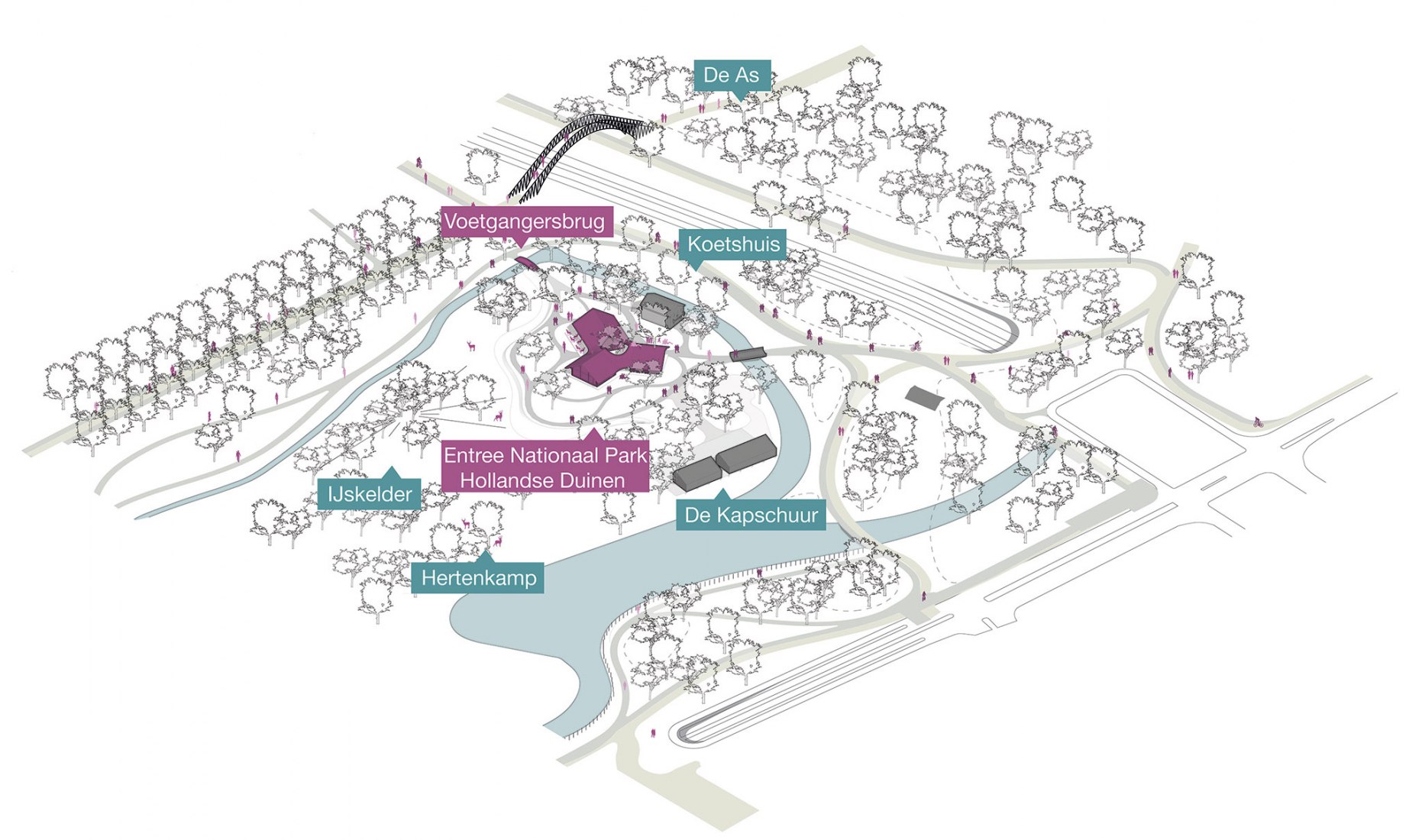 The project by Delva Landscape Architecture and Urbanism and Powerhouse Company will be built in harmony with the trees in the park, using wood as the main material and large windows to serve nature. These volumes will be placed in strategic locations to avoid felling trees so that they can be used as an additional element.

The park will have better connections to nearby urban centres and also to other green areas, as well as within the park itself. The paths will be fluid and respect the feeling of walking through the landscape.

Amsterdam-based DELVA Landscape Architecture | Urbanism and Rotterdam-based architects Powerhouse Company combine nature and architecture in their seamless design for the new entrance to the 'Hollandse Duinen' National Park. The gateway, with its park and new visitor centre, settles in the Koekamp, a stone's throw from the Koningin Julianaplein and the city centre.

The visitor centre and its park, which have been commissioned by the Dutch forestry commission (Staatsbosbeheer), are expected to be completed in 2024.

“For this grand entrance to a new national park, we have integrated architecture and nature. The landscape plays a leading role.”

"We set out to create an entrance that is not just a building, but a landscape. The balance between architecture, programme and design of the park is essential here. Our inspiration was the past. Instead of repeating history, we lovingly adapted it and laid it back with respect for nature and within the design spirit of landscape architect Zocher."

Koekamp is one of the four green spots of the Green Entrance: a new area of greenery around Central Station designed by DELVA, including KJ Plein (Koningin Julianaplein). In the plan, Koekamp will be bordered by the new Koninklijke Stadspark, a lush green park that will reveal the city’s diversity, as well as form the gateway to the national park in the making. The contrast between these green landscapes in the heart of the city and the urban fabric is very pronounced, and the new visitor centre will retain and enhance this contrast.

Koekamp will have stronger connections with the city and to the other green landscapes around it, including a new bridge which will better connect it to the park zone at Bezuidenhoutseweg. In addition to the existing entrance on the east side of the site, there will be an entrance in the form of a pedestrian bridge on the north side leading from the Malieveld. In the past, there was also an entrance on this side that connected to Koekamplaan: the royal, connecting road between Huis ten Bosch and Noordeinde Palace. By adding this second connection, the grounds become part of the walk around Koekamp envisaged in line with Zocher’s ideas.

The new entrance, with its flowing paths, connects seamlessly with the surrounding city park. The pleasant paths lead the visitor not only to the visitor centre but also to the edge of the deer park. From here, there is a wide view of the camp and the deer. In spring, this part of the park presents a scene of flowering ‘stinsen’ plants. These are bulbs that present a beautiful spectacle in spring and are typical for country estates and woody areas.

Design for trees
Koekamp’s monumental trees are leading in the design and will all be retained. They determined the site and size of the new visitor center. To avoid cutting them down, the architecture nestles among them. Three houses are positioned carefully in between the tree trunks under a unifying triple-winged roof that converges around a central, circular court that will accommodate another beautiful oak. The result is a design that is perfectly integrated in nature and is partly concealed by it.

The two public wings house an information centre to the south, where visitors can learn about the landscape and its long history, and a restaurant to the north. The central circular court forms an informal outdoor meeting space, with room for activities such as a play area. The third wing accommodates the offices of the forestry commission, which also offers workshop space in an old coach house nearby. Visitors will now be able to see and understand some of the foresters’ work.

“Dividing the functions between the three houses allows us to ensure an outdoor experience, as visitors and foresters alike move between them. Everybody is equal under the shelter of the triple winged roof.”

The buildings are constructed entirely in timber and glass. The gable end walls are completely glazed and transparent, offering views through to the trees on the other side, while the side walls are timber with grooved detailing. This combination of façade materials – 50% wood, 50% glass – offers the greatest energy efficiency. The trio of structures rests on a floating wooden platform, surrounded by a looping pattern of paths evoking the organic pathways characteristic of Zocher’s work.

“The building is a guest in the landscape, partly hidden between trees. With its human scale and rustic style, it offers a marked contrast with the urban architecture of The Hague outside the Koekamp.” 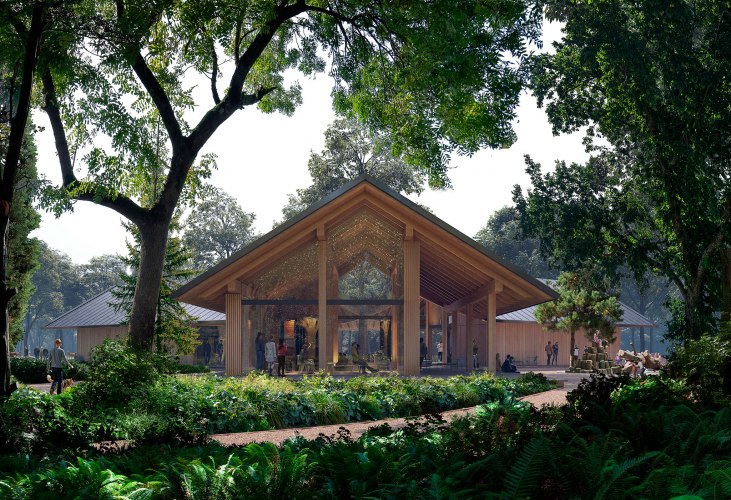 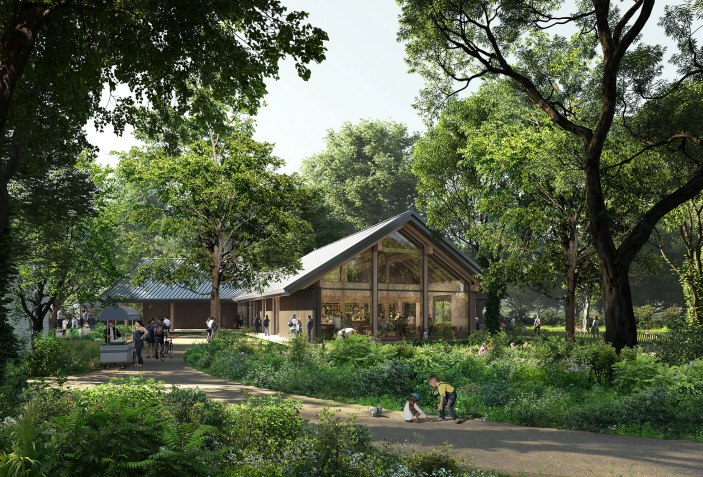 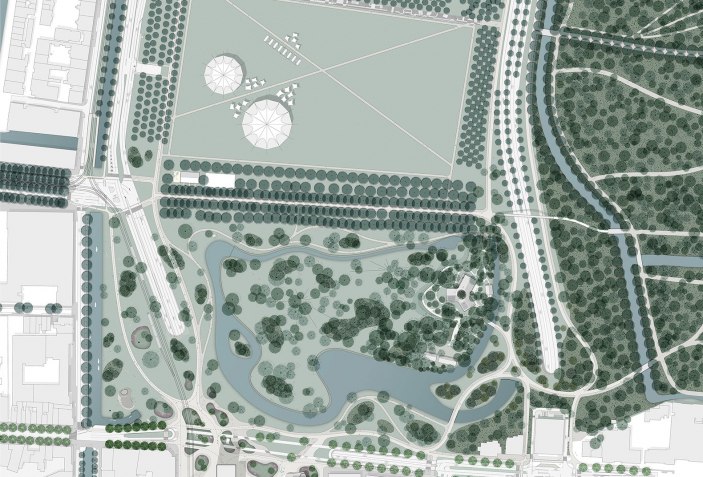 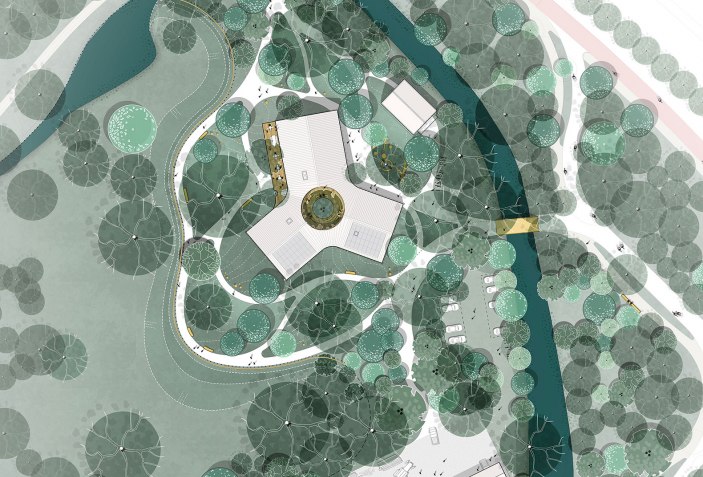 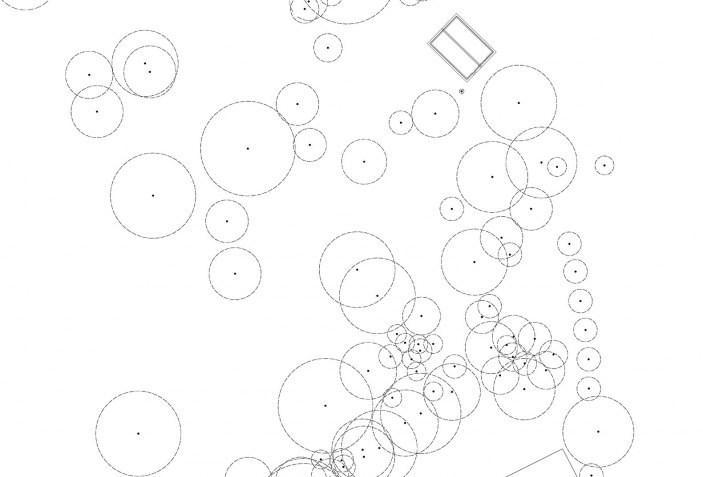 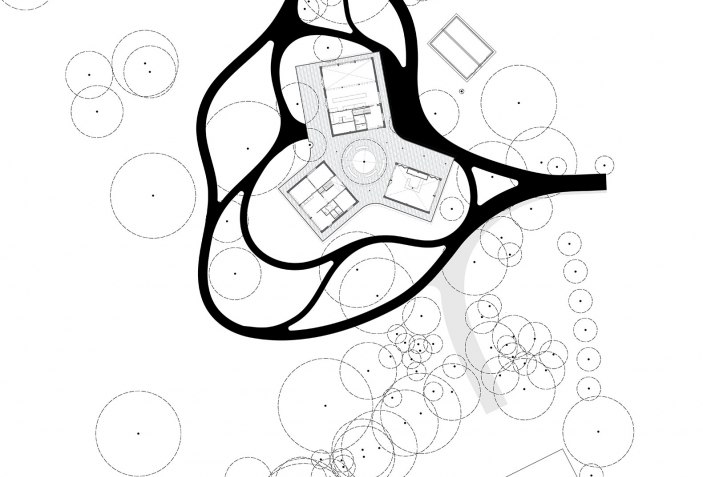 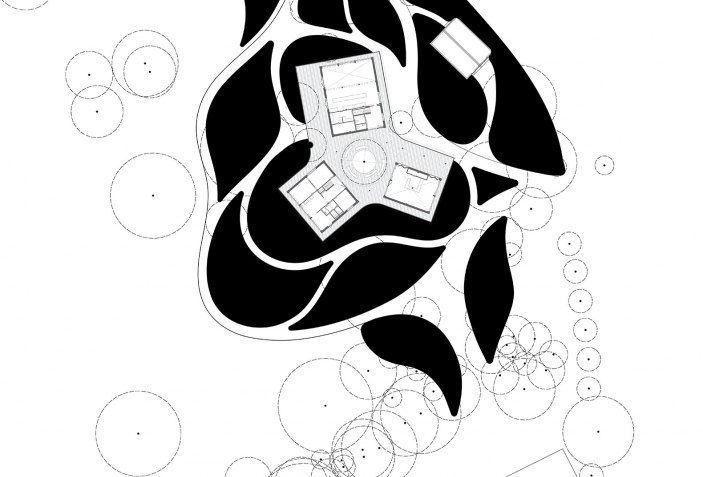 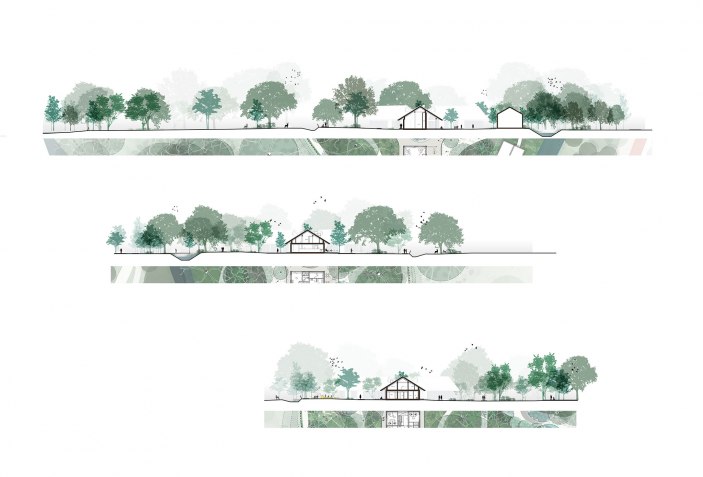 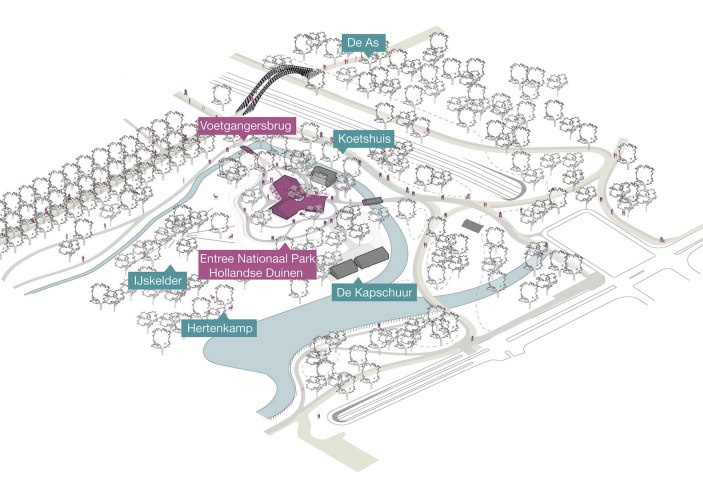 DELVA is a leading office for landscape design and urban planning. We are convinced of the power of our craft: working with the systematics of nature to tackle the major challenges of the future. That is why we turn the design process upside down and take the landscape as our basis. We use spatial development as a means of densification, greening and sustainability.

Starting from the essence of the place, we create meaningful landscapes and spatial experiences, from sketch to realization. By taking a position and cooperating integrally with all partners in the design process, we connect the landscape intrinsically with buildings, technology, policy and financial viability.

DELVA is located in the heart of Amsterdam and is led by founding partner Steven Delva and partner Emiel Swinnen. They are supported by Rogier Hendriks (concept and design), Sander van den Bosch (engineering and implementation) and Jeroen Jacobs (planting specialist). Since our foundation, we have grown into a dynamic and solid team of 25 landscape architects, urban designers, architects and cultural technicians. Over the years, we have built up a broad portfolio, with a rich diversity of locations, scale levels, phases and typologies. We have won multiple awards and are very proud to have been announced Architect of the Year. Powerhouse Company, based in Rotterdam, is an international architecture and design company with studios in Beijing, Oslo and Munich. Its portfolio ranges from furniture, interior design and product development to architecture, urban planning and research. Its work is characterized by timeless elegance and innovation, with a strong focus on detailing. Powerhouse Company has won several international prizes, including the Dutch Design Award, the Maaskant Prize, the AM/NAI Award and the Nykreditt Prize. Its projects have been widely featured in publications, including The New York Times, The Wall Street Journal, Monocle and Domus. 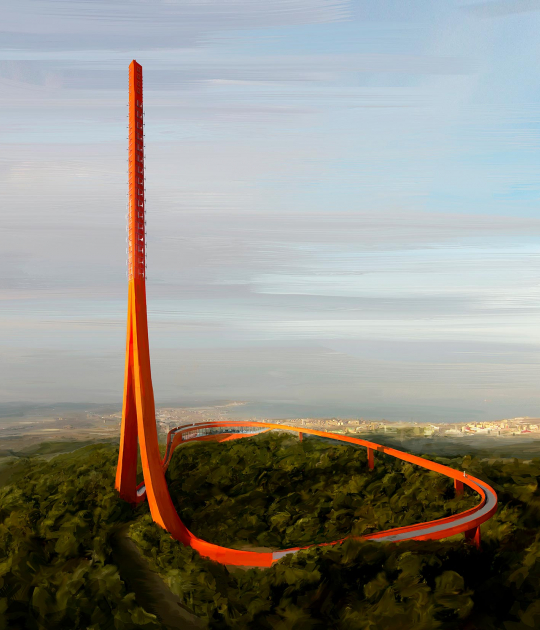 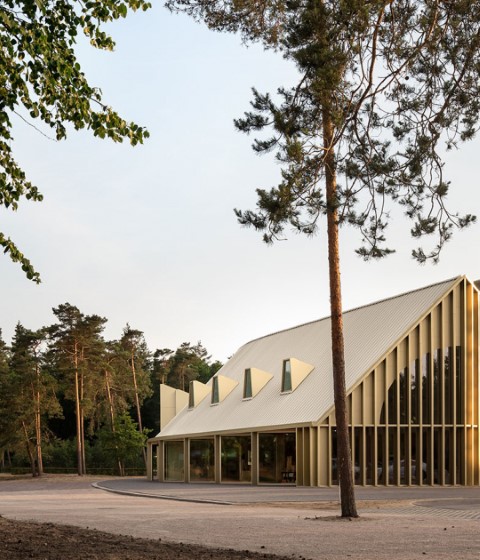 Architecture as natural part of the landscape. Pavilion The Hoge Veluwe National Park by De Zwarte Hond and Monadnock 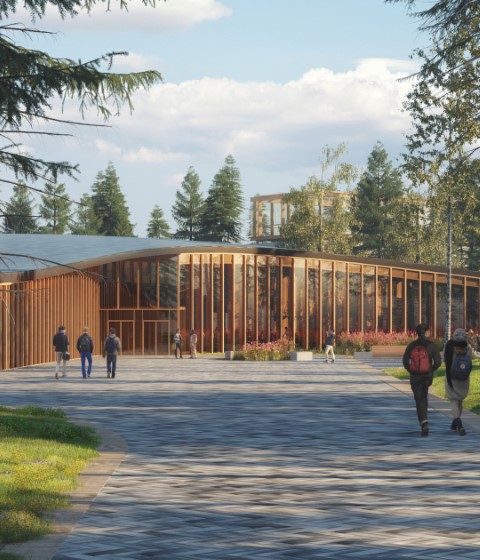 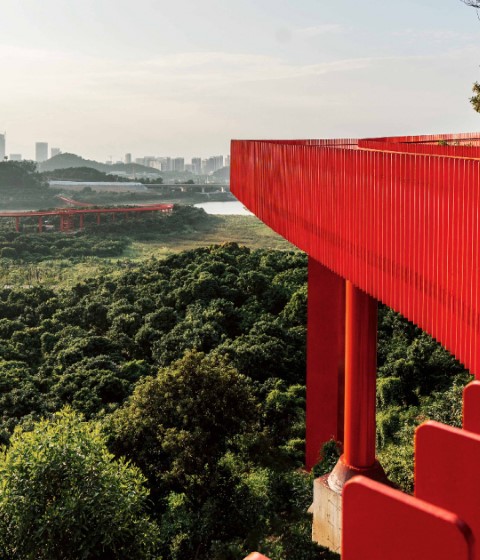 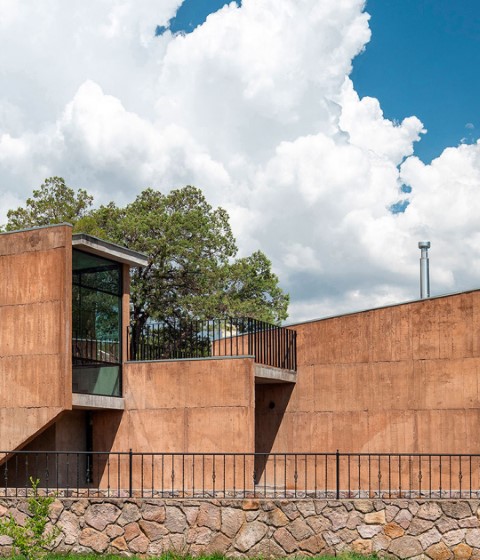 Shelter in an eroded landscape. Casa Majalca by OAX Arquitectos