IND [Inter.National.Design] in collaboration with Powerhouse Company have commenced construction on its Çanakkale Antenna Tower  near the city of Çanakkale, in western Turkey.  The 100-meter tall broadcasting structurewill function a public observation center, also. 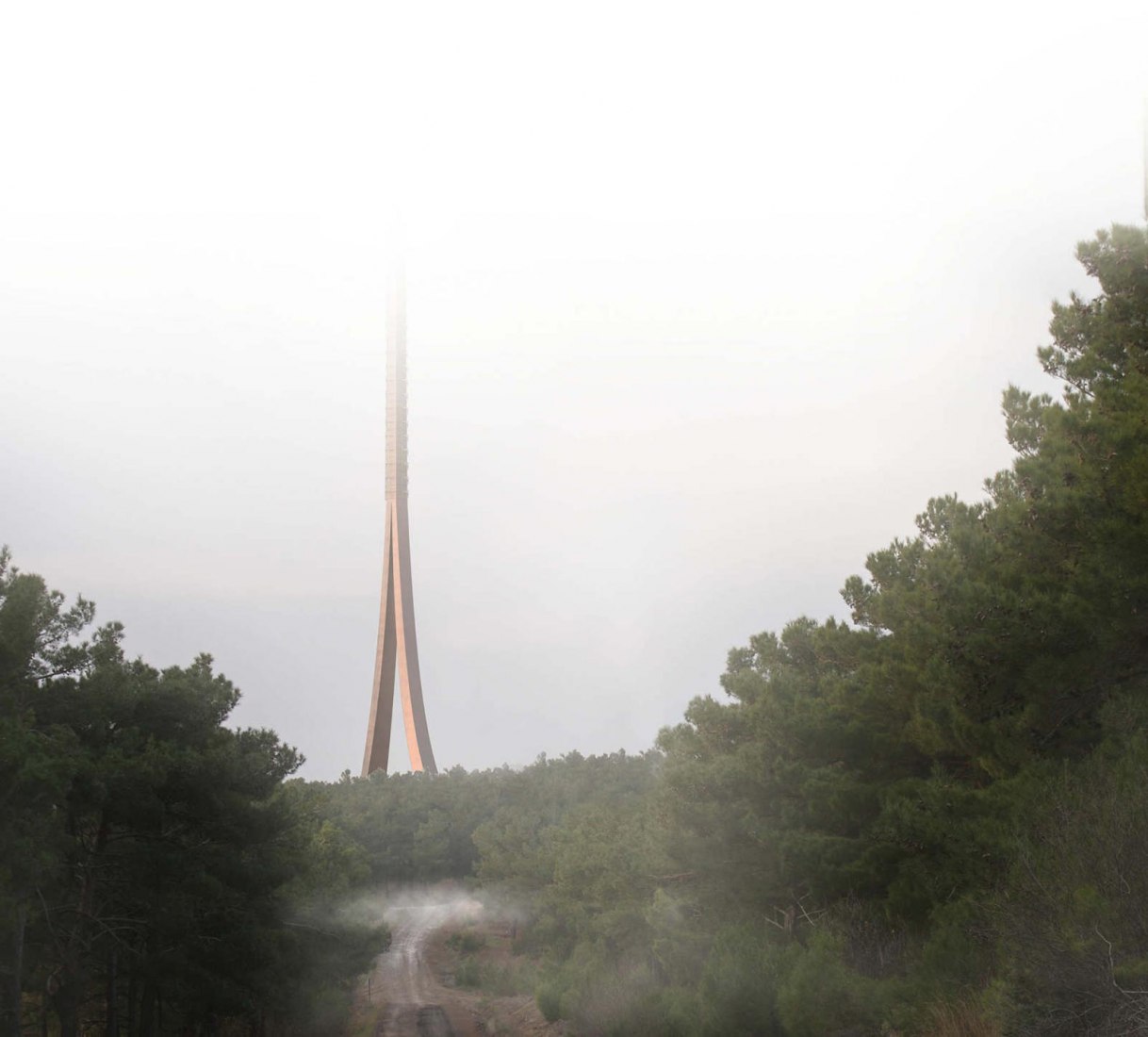 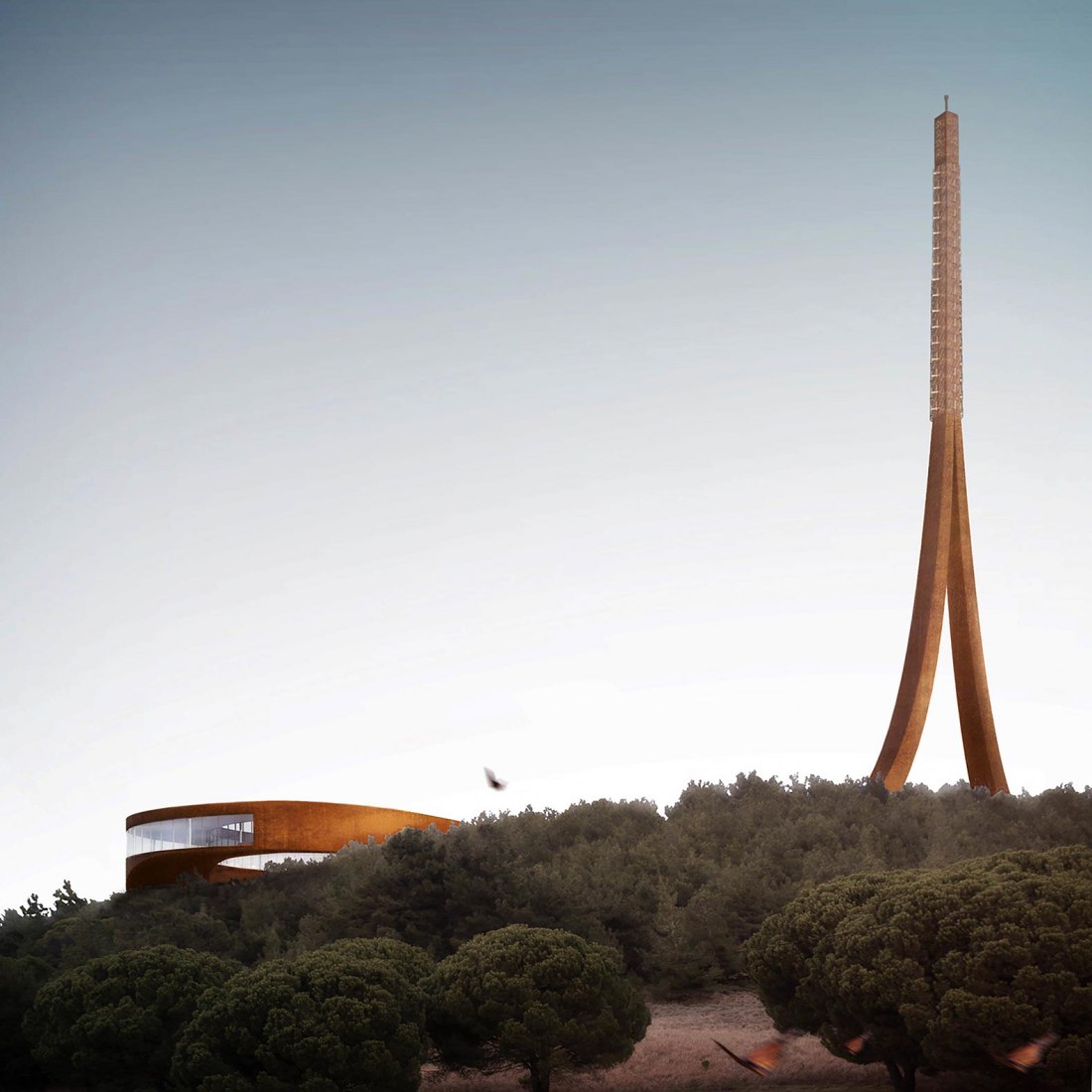 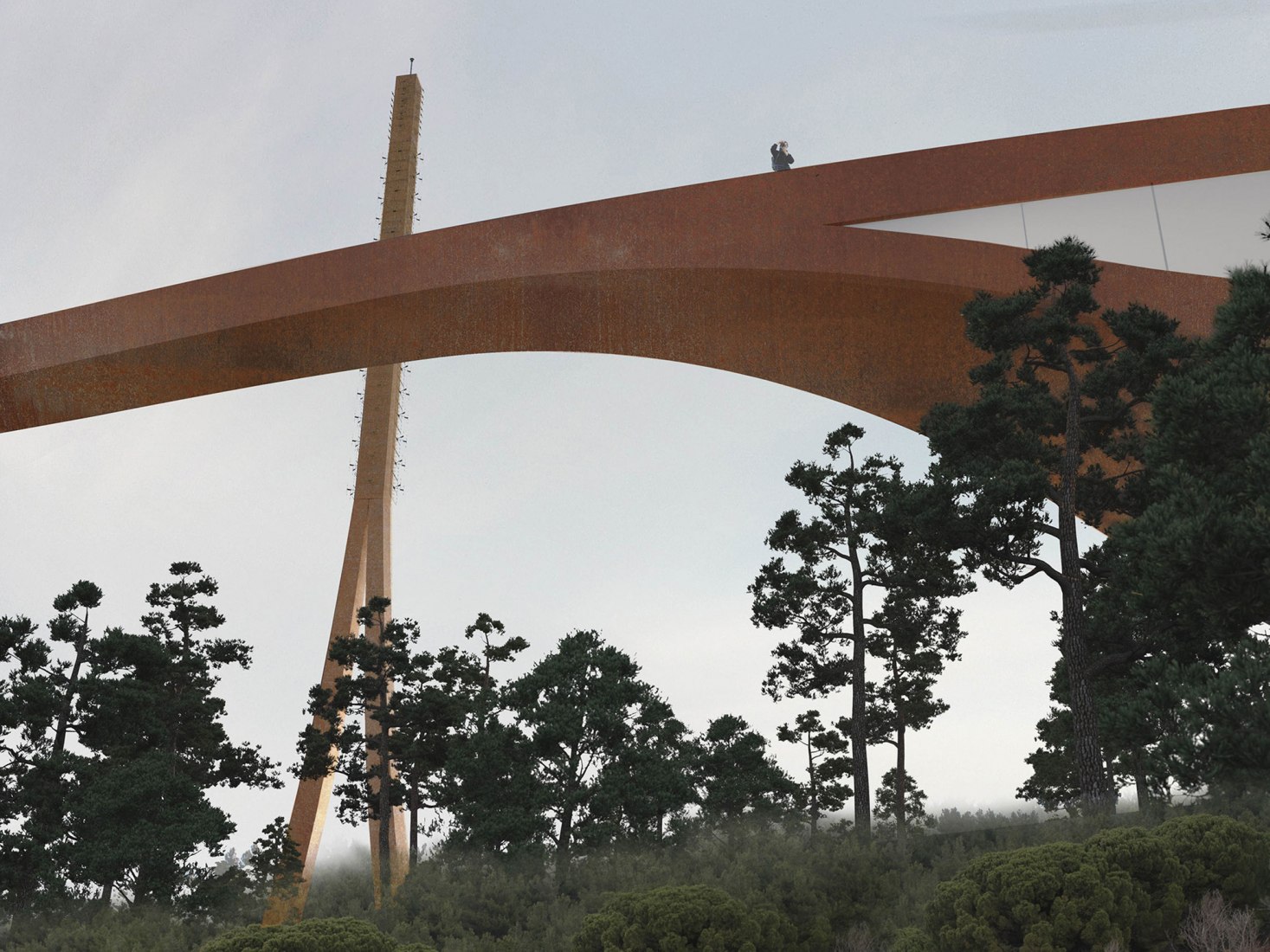 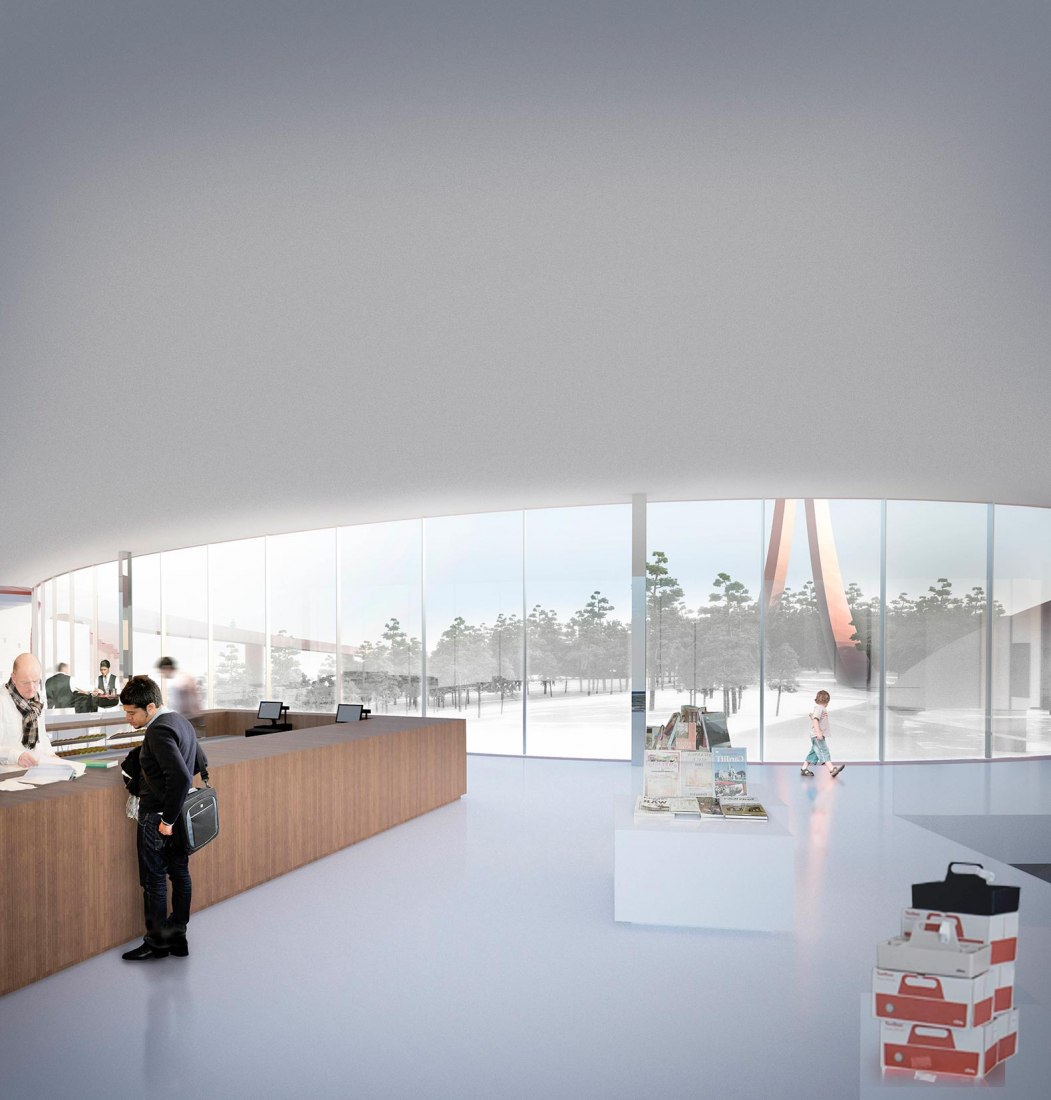 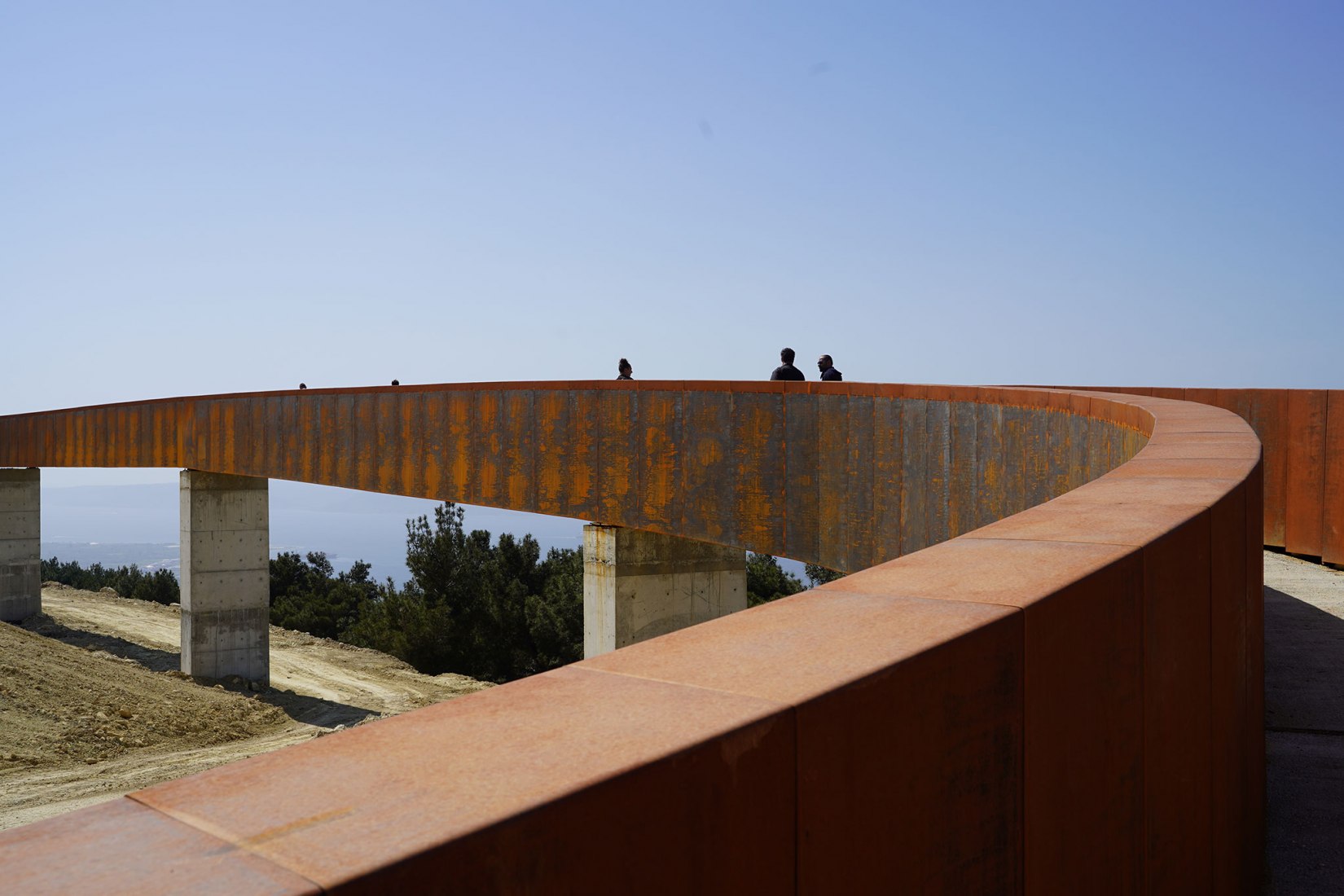 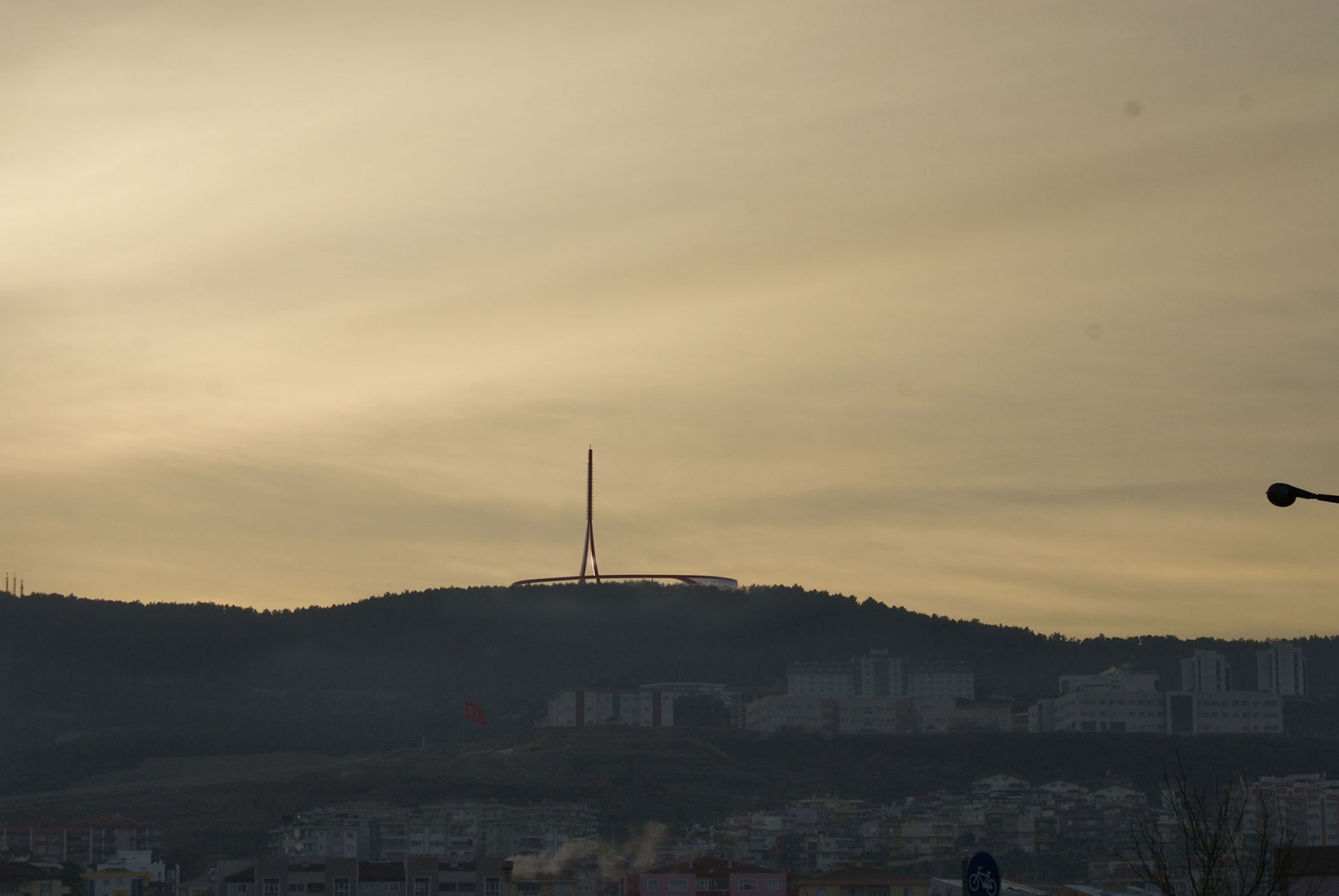 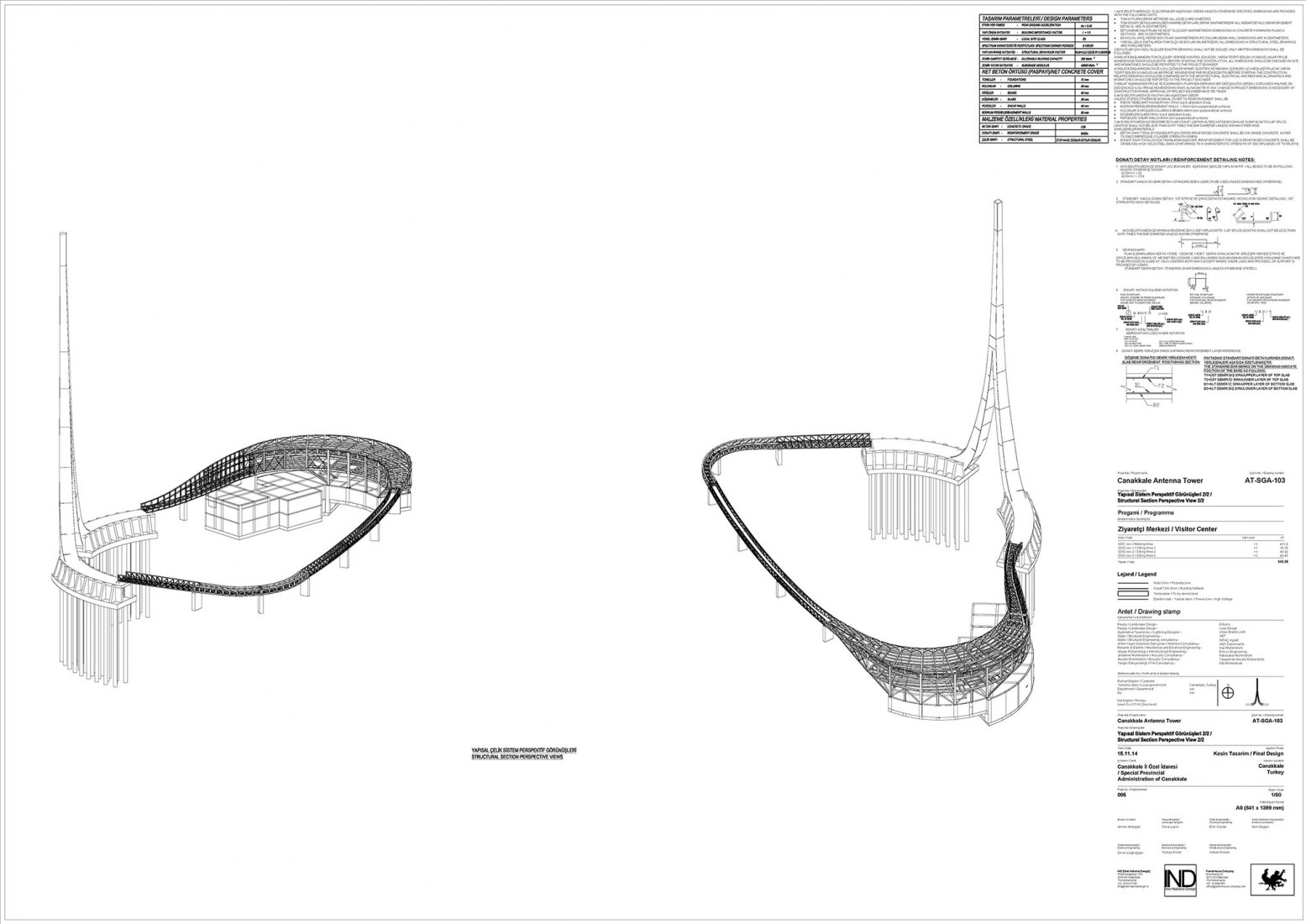 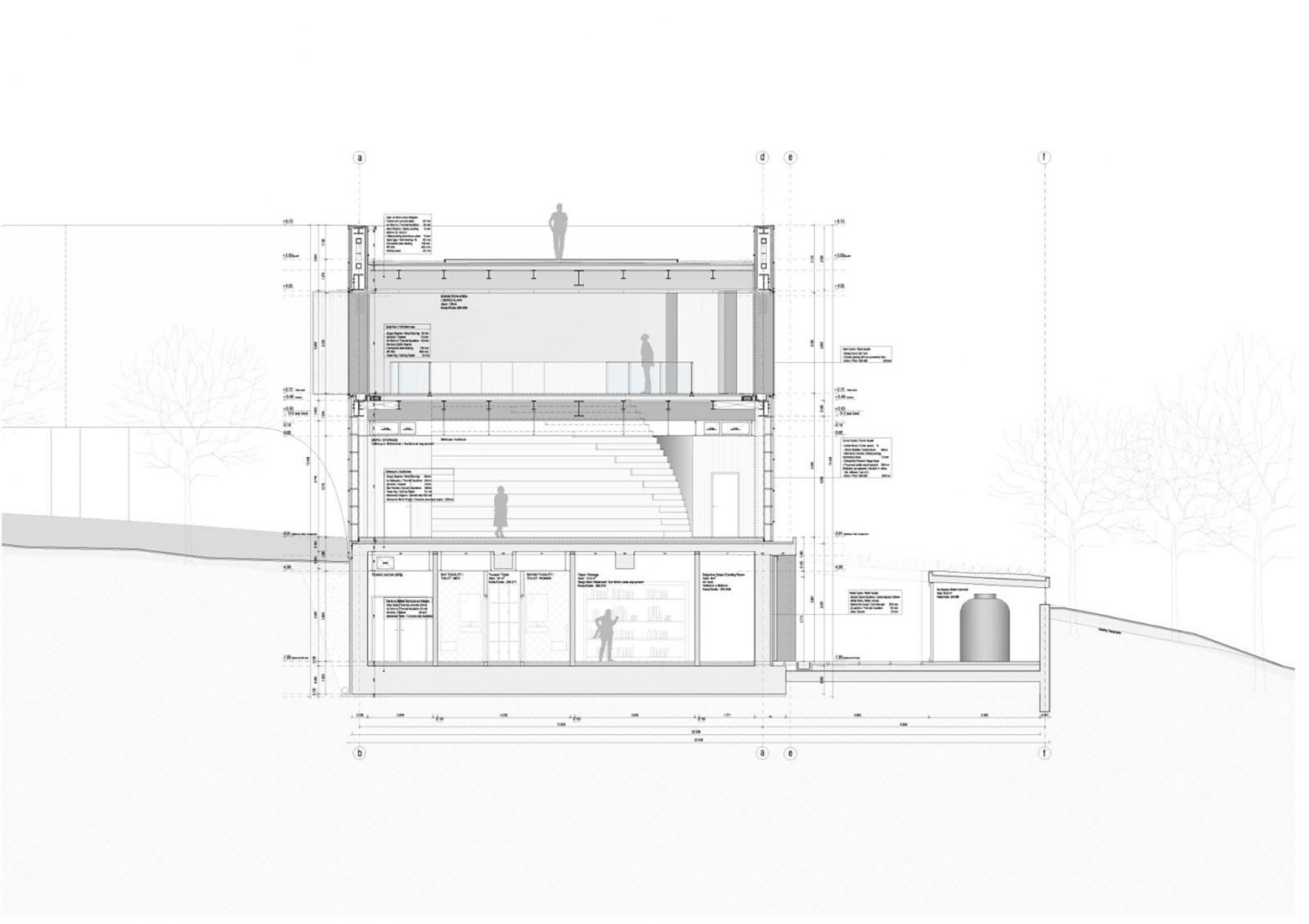 The antenna tower's route merges into a visitor center that rises over the trees offering panoramic views over the city, before projecting dynamically into the sky.

Detached from the ground, the path allows the woodland below to serve as a continuous and uninterrupted landscape, while a generous central garden is contained by the ringed structure.

Already under construction, the red looped antenna pierces the western Turkey sky and will surely plant itself as a destination point for locals and tourists alike. The tower is expected to be completed later this year.

The antenna tower is formed by joining the two vertical paths, creating a gracious gateway under which the visitors enter the premises. This gesture creates a strong visual identity from afar that is transformed into an elaborate scenic experience when up close.

An open air path is placed at each footing of the antenna tower and follows the perimeter of the site gradually detaching from the ground, liberating the space on the hilltop and allowing the forest to complete itself into a continuous and uninterrupted landscape. The visitors center is located at the tip of the site offering views of the Dardanelles. 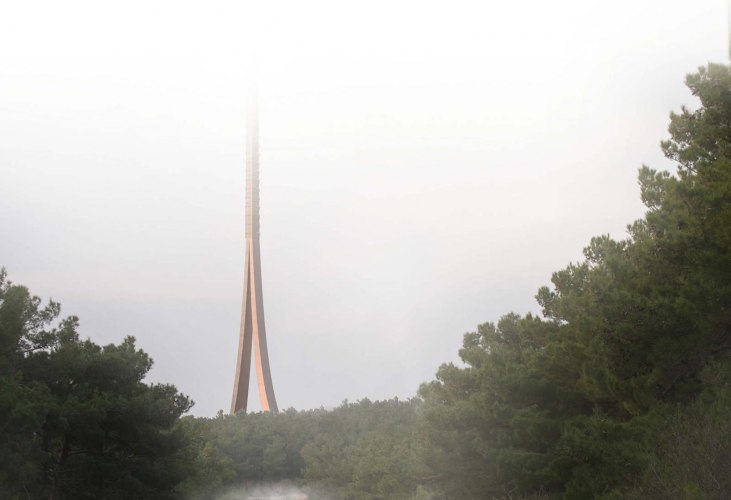 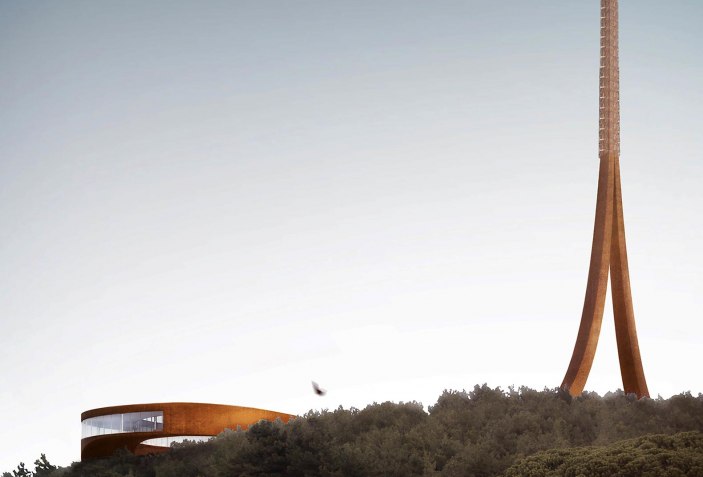 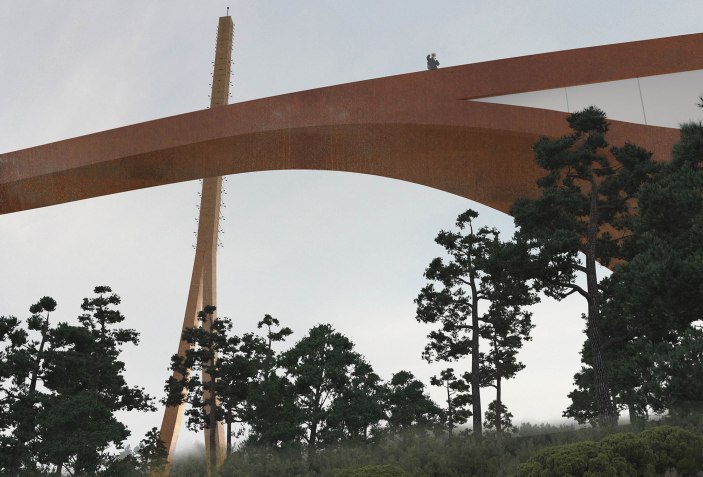 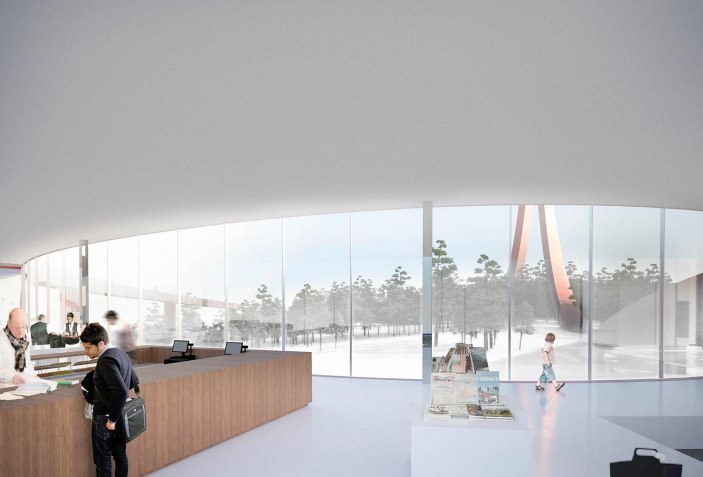 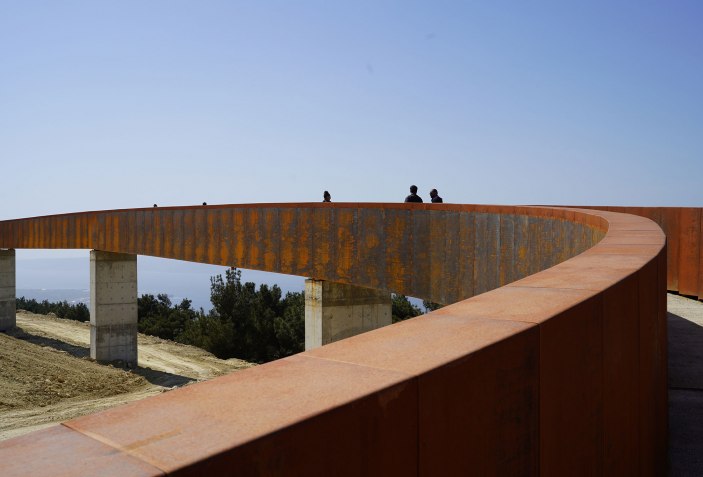 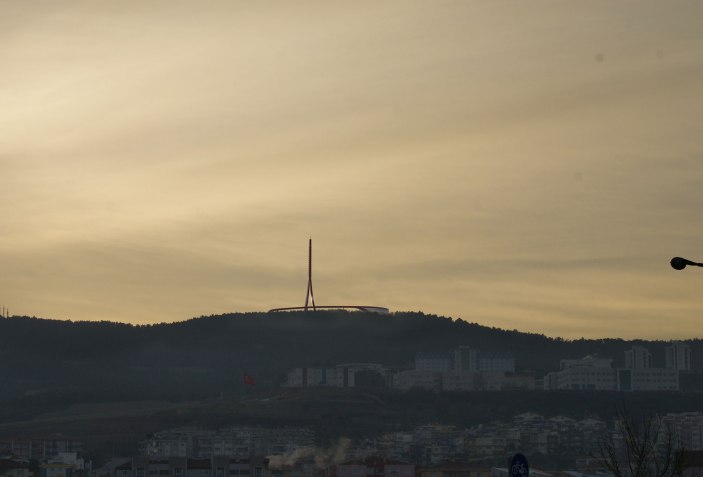 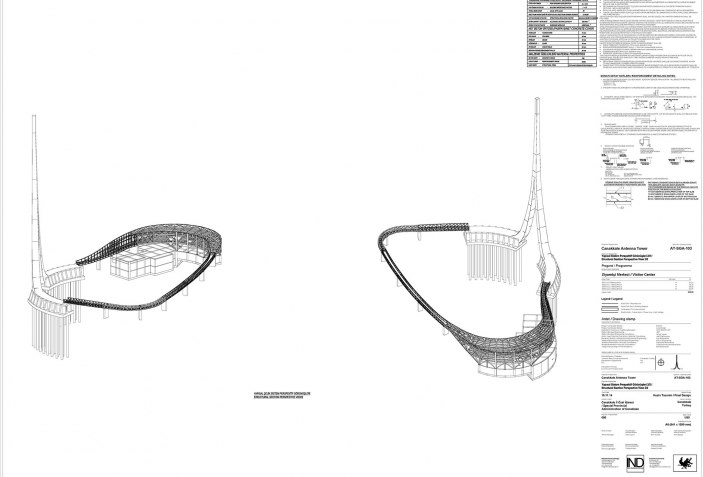 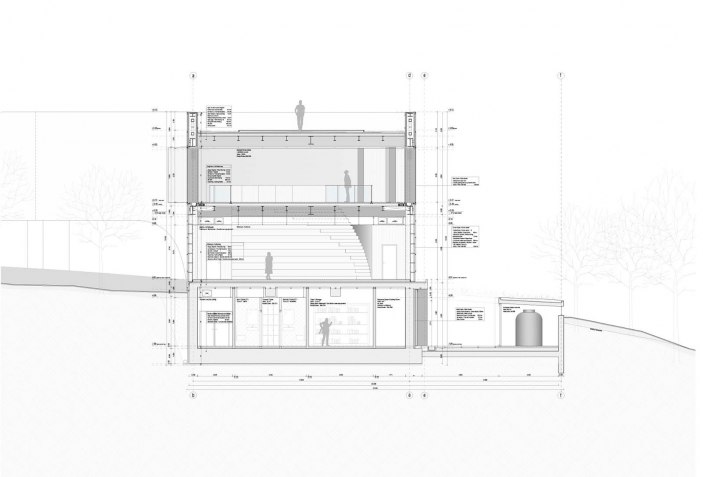 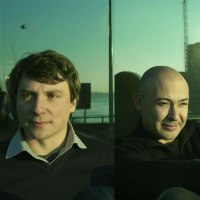 IND [Inter.National.Design] is an architecture and urbanism office founded in 2007 in Rotterdam, The Netherlands by Arman Akdogan and Felix Madrazo. The practice main interest is to achieve design clarity in combination with a delicate response to context.

Arman Akdogan (Istanbul, Turkey 1973). Partner IND. He studied architecture at University of Mimar Sinan (Istanbul). During his studies and after his graduation, he collaborated with the office Erginoglu Calislar Architecture in Istanbul. In 2002 he received his master of Architecture diploma from the Berlage Institute in Rotterdam. He is a co-author of the book Research for Research concerning the architecture works of Bruno Taut edited by Bart Lootsma. After his master studies he worked three years at West 8 and OMA (Office for Metropolitan Architecture), both located in Rotterdam. He was guest Curator for the Turkish pavilion at the Mare Nostrum section of the International Architecture Biennale Rotterdam 2005.

Felix Madrazo (Saltillo, Mexico 1972). Partner IND [Inter.National.Design], Founder Supersudaca, Lecturer-Researcher The Why Factory, TU Delft.
Architect by La Salle University, Mexico City. Master of Architecture from The Berlage Institute, Rotterdam. After graduating as architect he works for Alberto Kalach where he is in charge of the GGG house. After finishing his master studies he wins a fellowship of the Kulturstiftung and the Urban Think Tank to research informal settlements in Caracas. He joins OMA in 2004 where he works as senior and project architect. Also in this period works at AMO as editor. In 2007 with Arman Akdogan he opened IND [Inter.National.Design], an international practice of architecture and urbanism. He is a co-founder of Supersudaca, a collective of architects from Latinamerica mainly doing research on contemporary themes affecting society and territory. Supersudaca has obtained the Best Entry Award recognition from the International Architecture Biennale of Rotterdam in 2005 with a research on the impacts of mass tourism in the Caribbean. Since 2008 he is a lecturer and researcher at The Why Factory, TU Delft. He has been Co-director of studio at Strelka Institute in Moscow, guest lecturer at Universite Catolique de Louvain, tutor at the Berlage Institute and guest lecturer at IIT Illinois Institute of Technology. He has published several articles and has authored with The Why Factory the books City Shocks and Copy Paste, both by Nai010 Press. 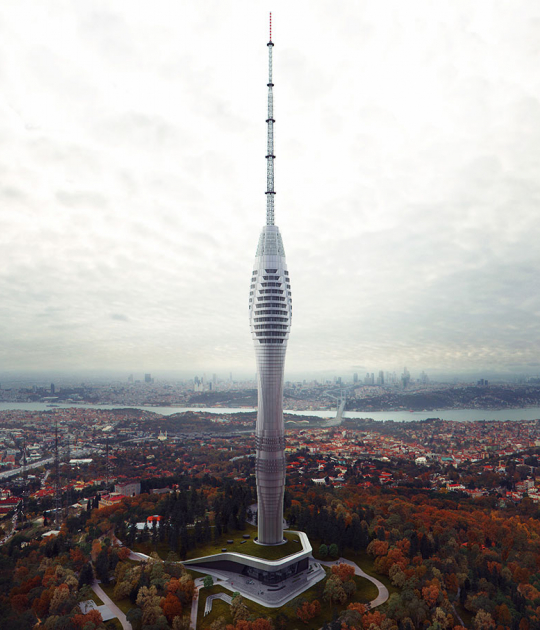 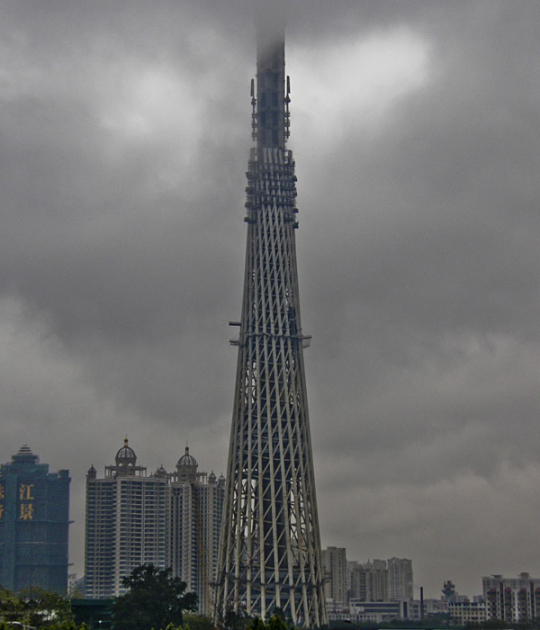 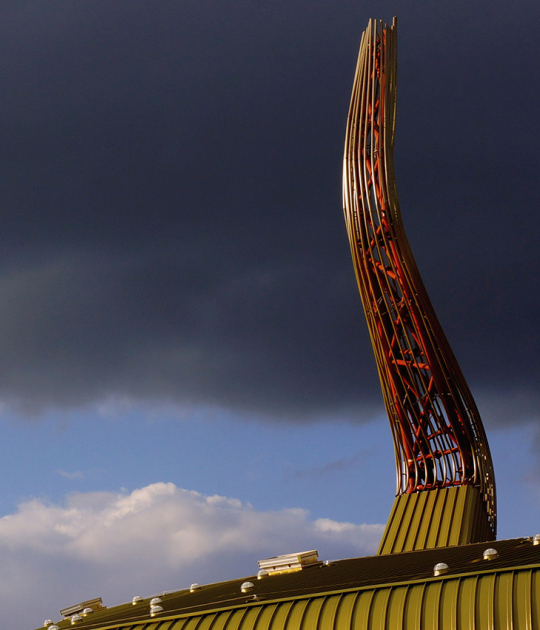 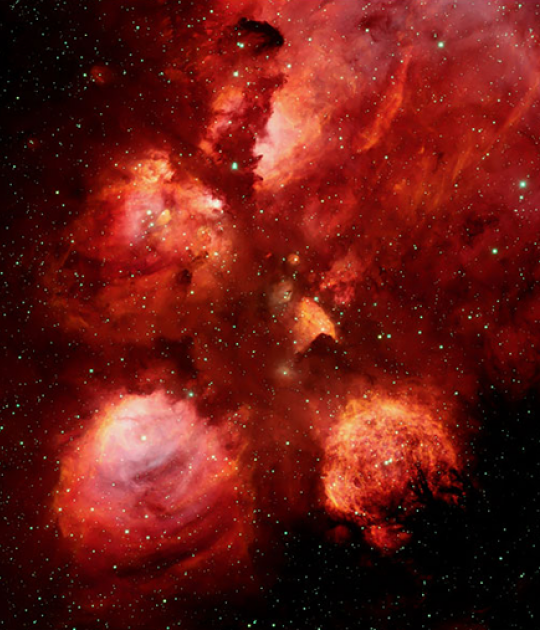 Far Out: A Space-Time Chronicle 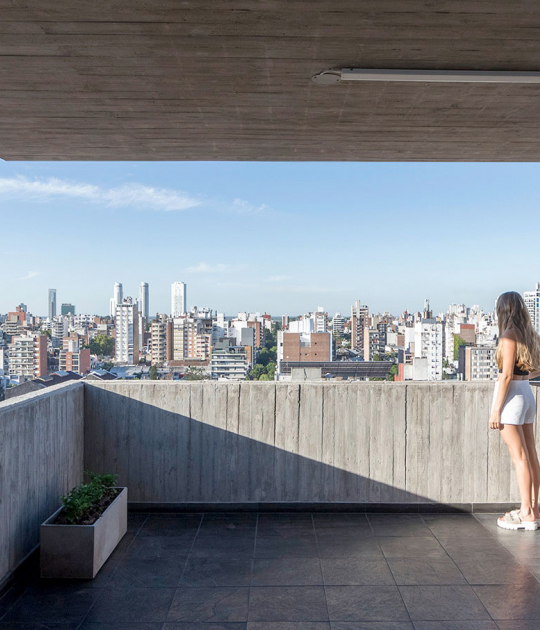