From February 22 through May 25, 2020 the Museum of Modern Art will feature a monographic show on the work of the architect, designer, and inventor Neri Oxman. Neri Oxman: Material Ecology will highlight eight major projects that showcase the evolution of the research and innovative designs Oxman has conducted over the course of her 15-year career.

“Material ecology,” is the name she has given to her process, which combines computational design, digital fabrication technologies, and material science to produce projects that are “informed by the structural, systemic, and aesthetic wisdom of nature.” 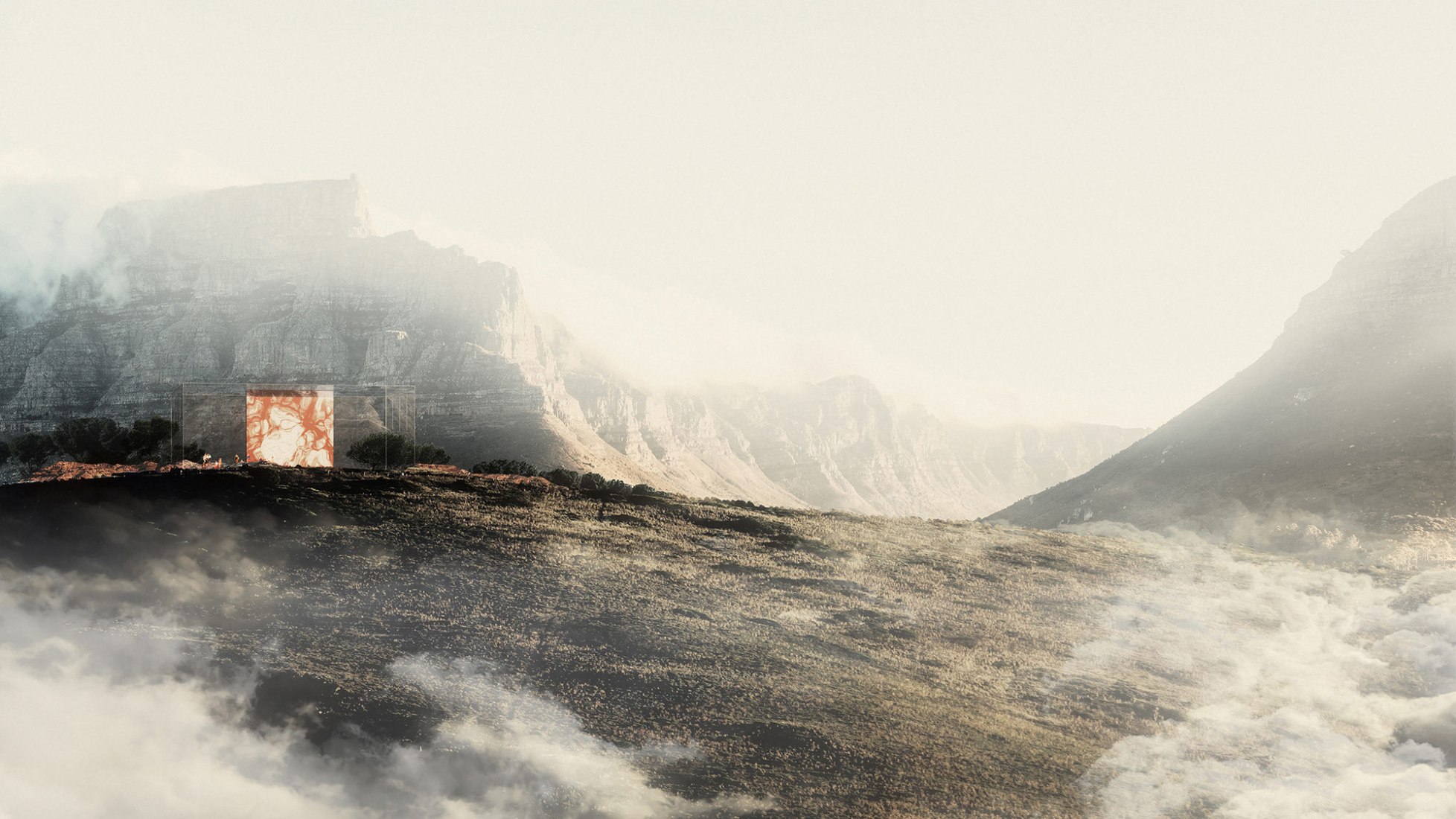 Neri Oxman and The Mediated Matter Group. Totems. 2018. Architectural proposal for an environmentally responsive melanin infused structure. Created for Design Indaba. Rendering by Eric de Broche des Combes, Luxigon. The glass structure is designed to contain multiple strains of melanin, naturally obtained on site and biologically synthesized at the lab. It provides UV protection during the day, while enabling stargazing upon sunset. A first-of-its-kind biologically augmented facade, the structure is designed to protect endangered species on site and to celebrate the diversity of life on our planet. Courtesy Neri Oxman and The Mediated Matter Group. 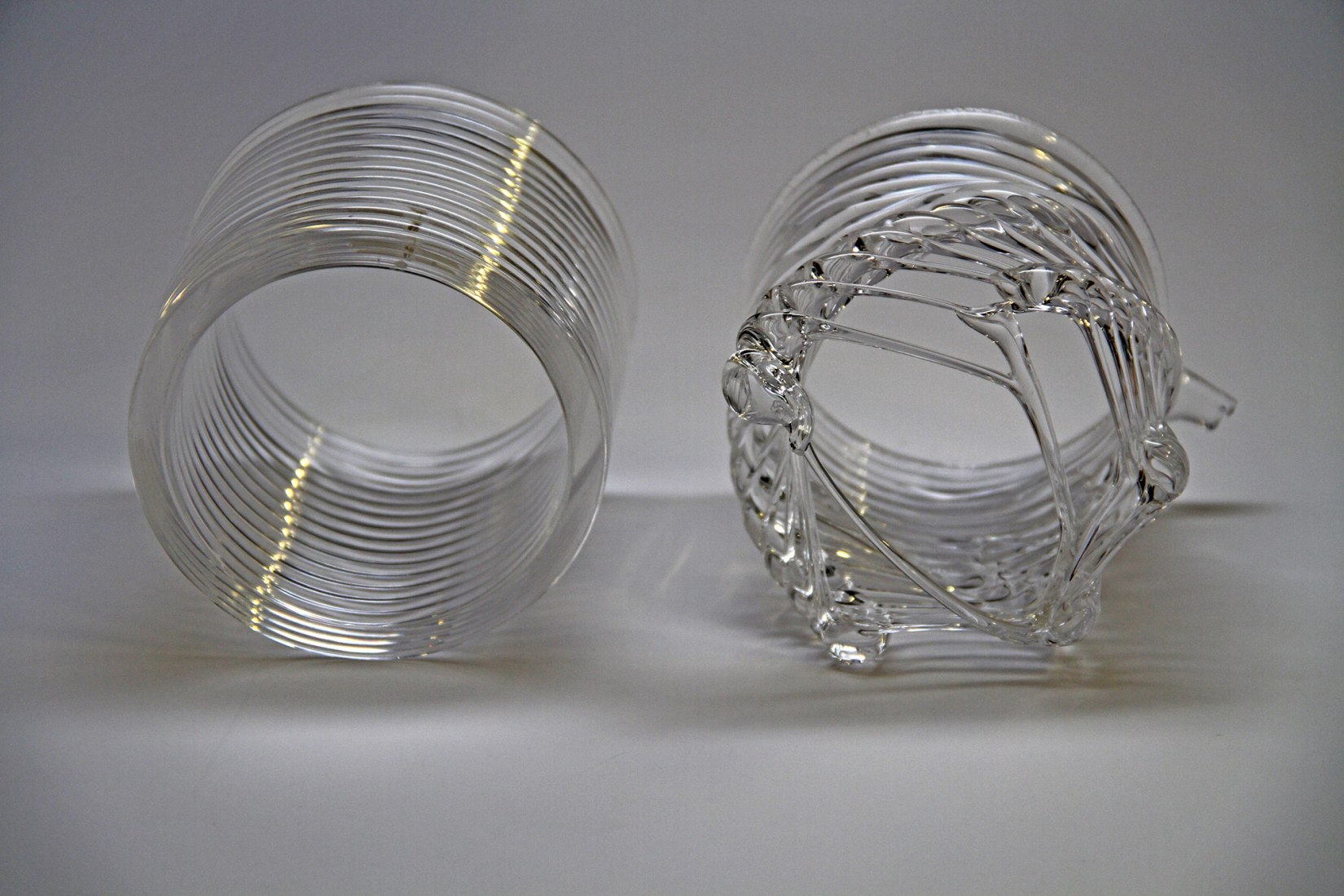 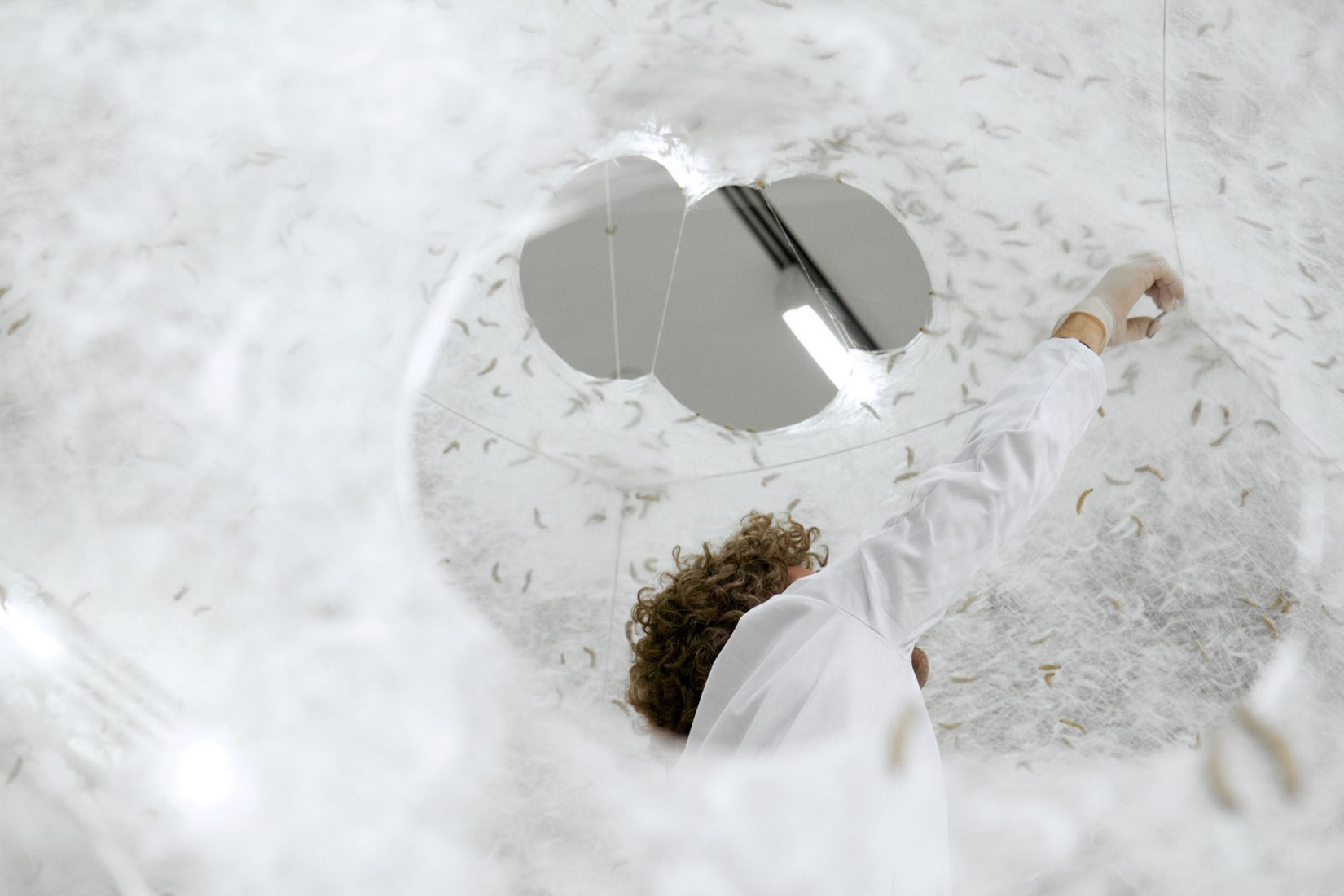 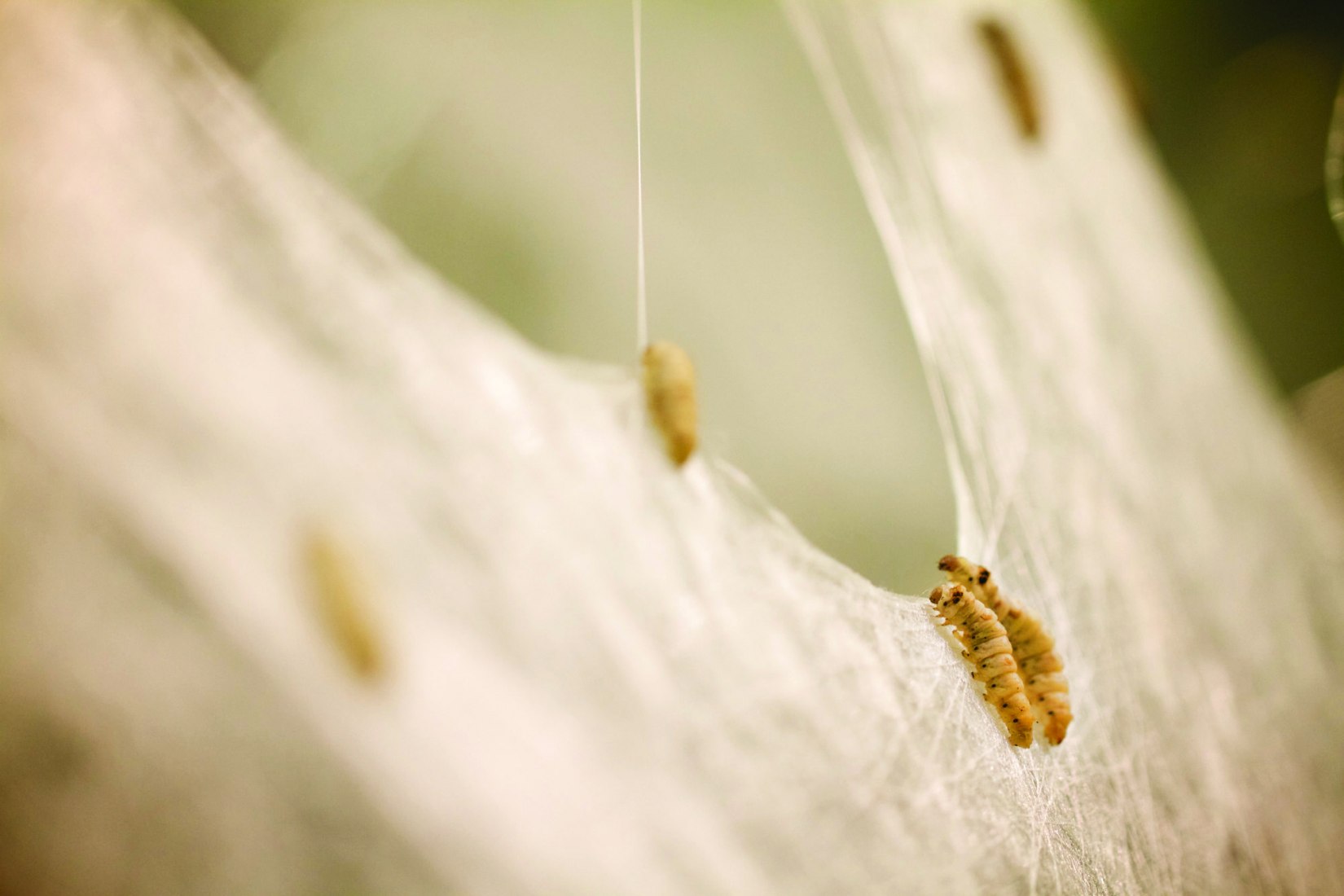 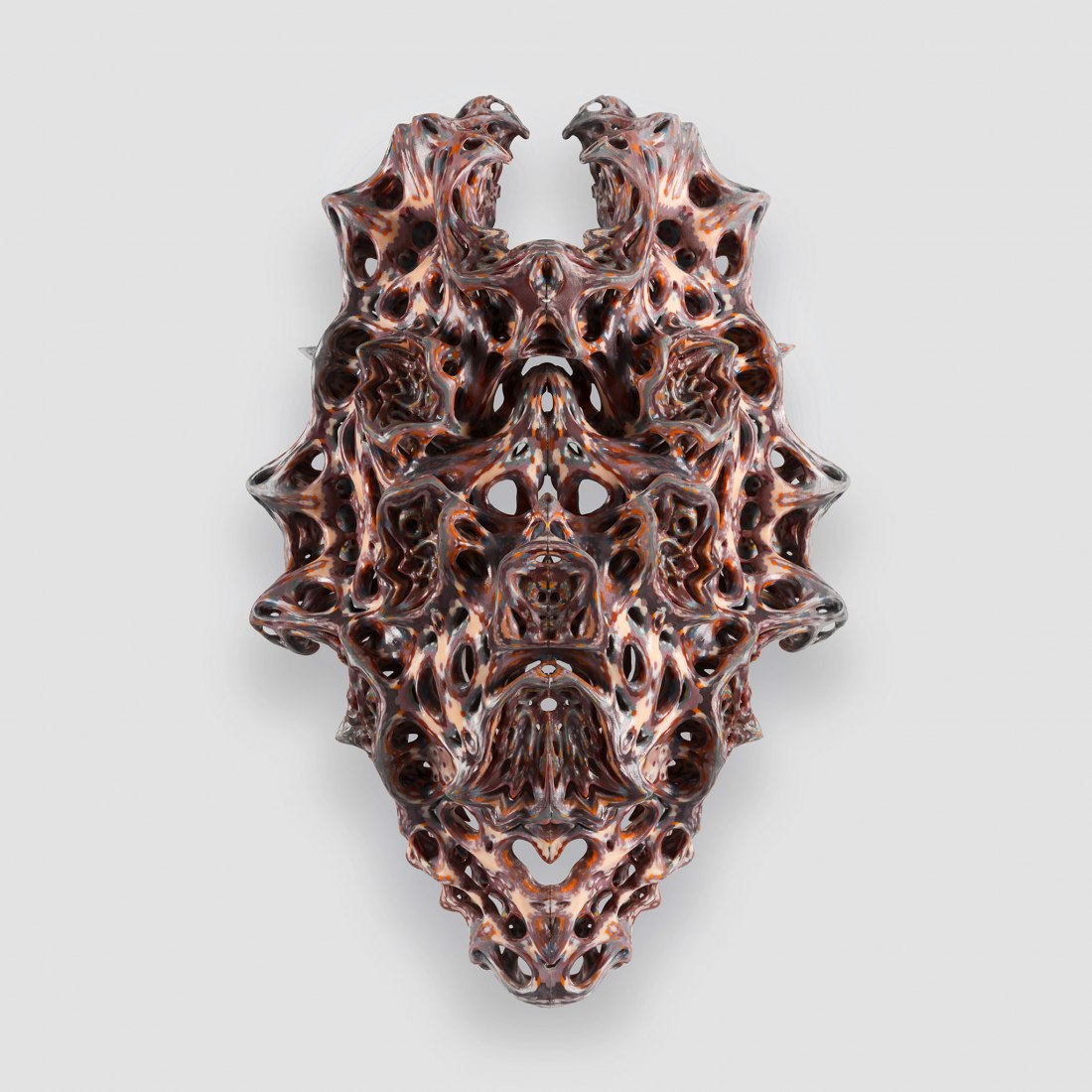 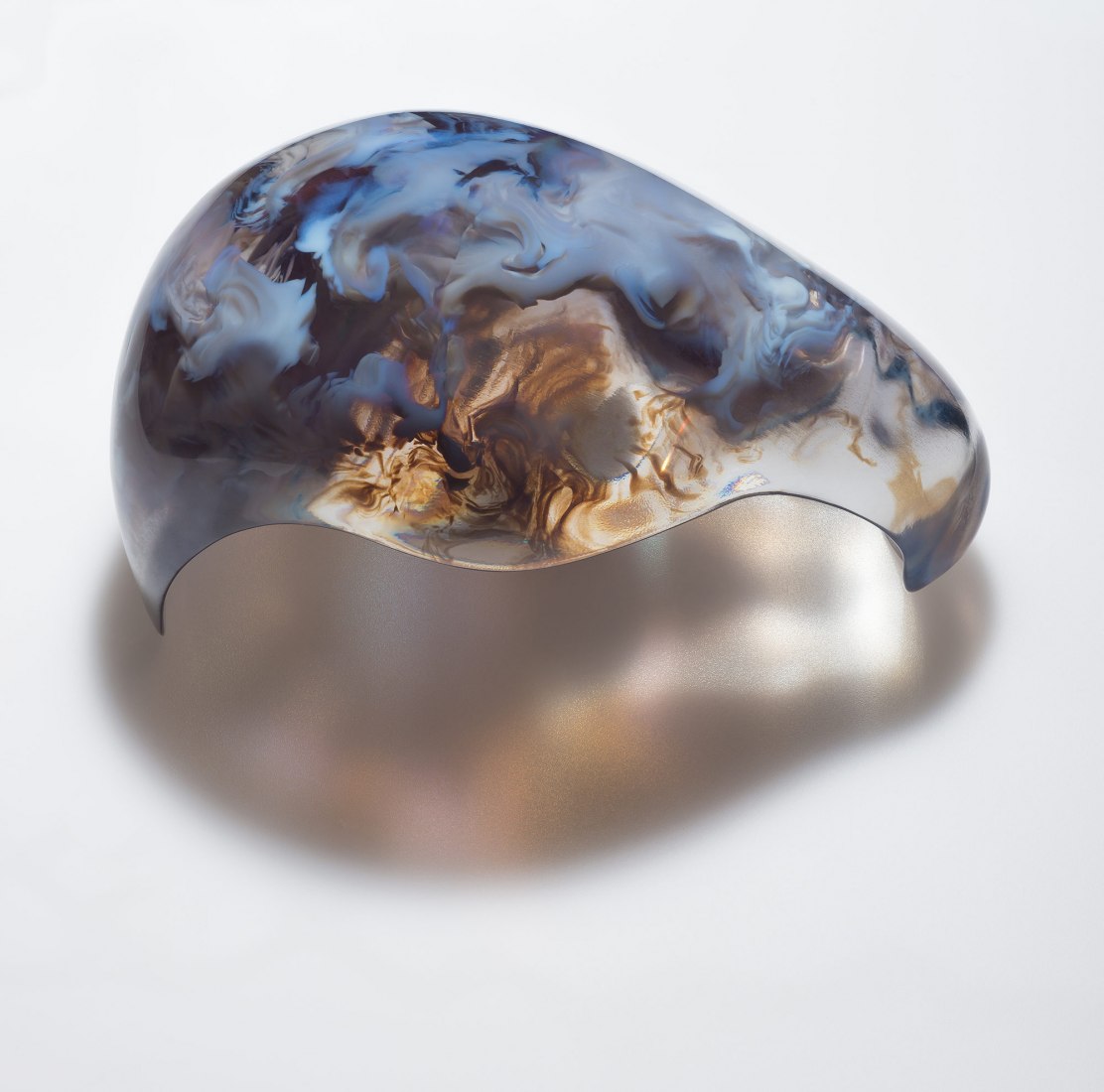 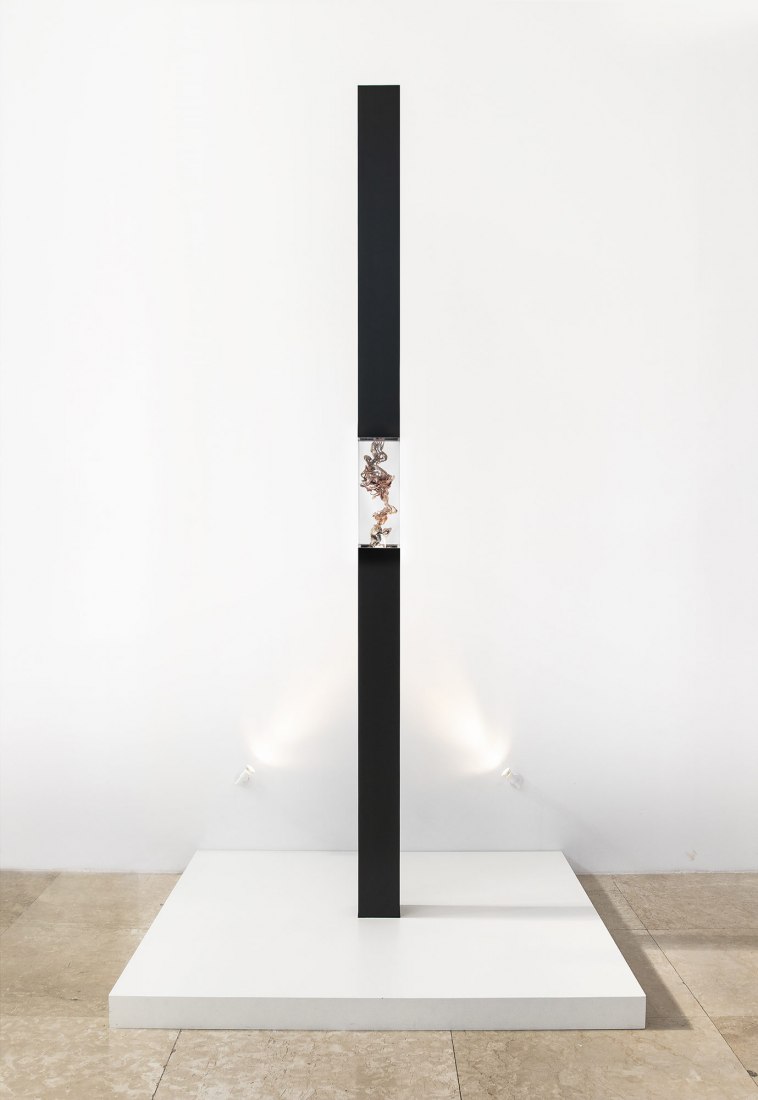 Neri Oxman and The Mediated Matter Group. Totems. 2018. Melanins are a group of pigments ranging in color from yellow to brown. The term “melanin” often refers to eumelanin, a particular type that is brown-black in color. However, other types, such as pheomelanin (yellow-red in color), also exist. This “library” represents the diversity of melanin, and includes constituent components of the reaction as well as melanin-containing natural materials, such as feathers and cuttlefish ink. Courtesy Neri Oxman and The Mediated Matter Group. 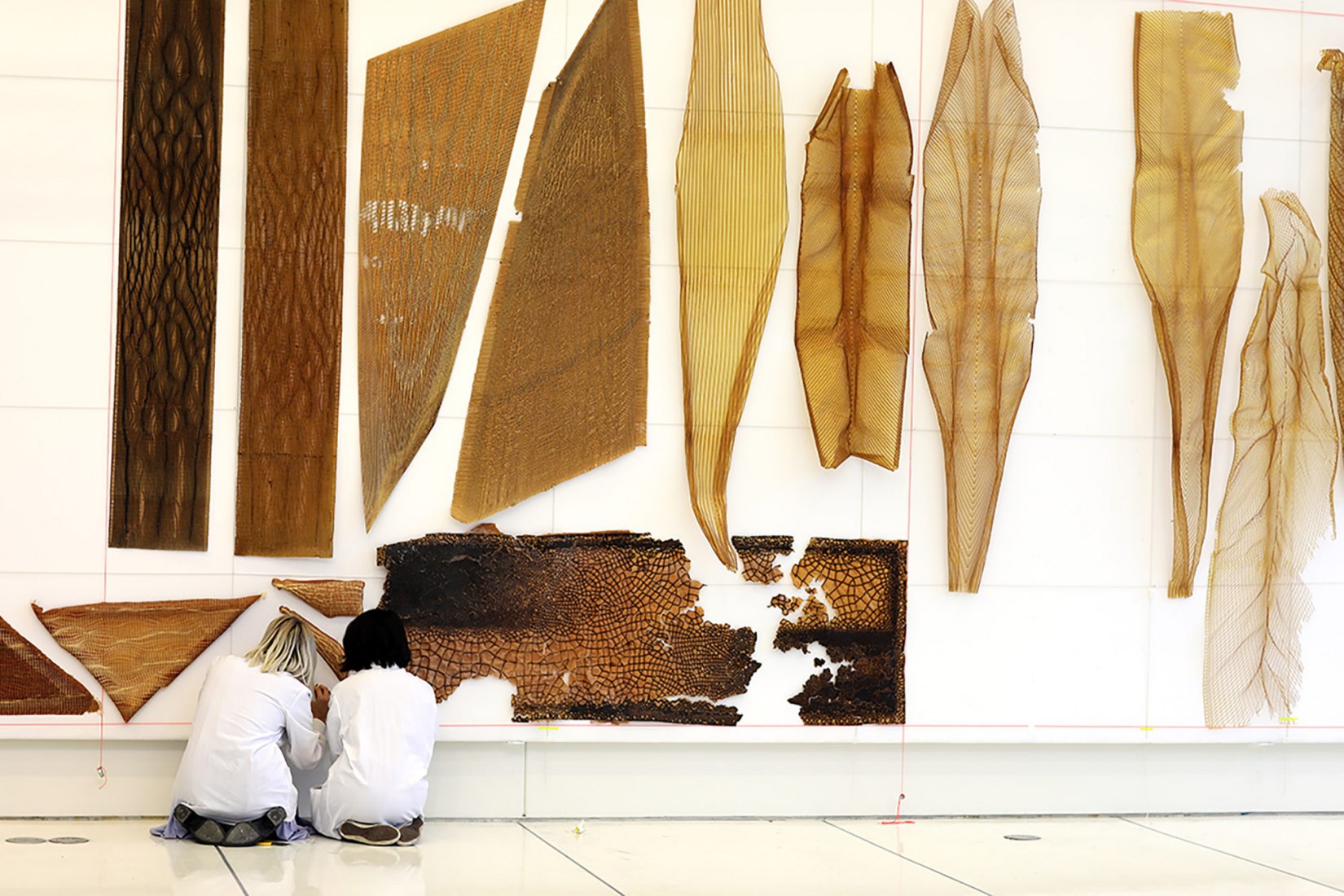 Oxman is a professor of media arts and sciences at the MIT Media Lab, where she founded and directs The Mediated Matter Group. She has coined the term “material ecology” to explain her process of bringing together materials science, digital fabrication technologies, and organic design to produce techniques and objects informed by the structural, systemic, and aesthetic wisdom of nature. Integrating computational form-generation with in-depth research of natural phenomena and behaviors, material ecology operates at the intersection of biology, engineering, and materials- and computer science.

By means of this methodology and approach, the observation of, for instance, the configuration of the bark of birch trees, the characteristics of crustaceans’ shells, the behavior of silkworms, the physiognomy of melanin, or the flow of human breath have generated new design and production processes. While each research project is individually groundbreaking, taken as a group, they constitute a new philosophy of designing and making—and even unmaking—the world around us.
The projects selected for the exhibition are demos for a library of originally conceived materials and processes that will in the future be available to all architects and designers. Each project will be displayed alongside videos that highlight the science behind it and its production process. The objects and structures are all designed as if grown—no assembly required. Together, these projects celebrate a new age in which biology, architecture, and design join forces to build the future.

The centerpiece of the exhibition is Oxman’s Silk Pavilion II, a site-specific commission on view for the first time at The Museum of Modern Art, which continues Oxman’s research on the relationship between digital and biological fabrication at the architectural scale, which she initiated in 2013. Harnessing silkworms’ ability to generate a 3-D cocoon out of a single silk thread, Oxman and her research group created the overall geometry of a geodesic dome by using an algorithm that assigns a single continuous thread across patches providing various degrees of density.

A swarm of 6,500 silkworms were positioned at the bottom rim of the robotically manufactured initial structure, composed of non-woven silk patches, and they were tasked with filling the gaps. The overall density variation of the final structure was informed by the silkworm itself, which was deployed almost as a biological printer.

Unlike accepted procedures in the silk industry, this project demonstrated a novel process by which silk cocoons are not boiled and the silkworms metamorphose normally while pupating, hatching, and laying eggs, enabling the construction of additional pavilions. Seven years later, Oxman illustrates how the dynamics of this small and unique insect can influence rather than simply add to architectural forms, drawing from observations of their behavior to create a structure that guides both movement and silk deposition. In other words, the silkworm can act not only as construction worker, but as architect.

Other projects in the exhibition include Aguahoja (2018), which deploys some of the most abundant biomaterials on our planet, such as cellulose, chitin, calcium carbonate, cornstarch, and pectin. Derived from shrimp shells and fallen leaves, these materials are 3-D printed by a robot, shaped by water and augmented with natural pigments to create bio-compatible composites with functional mechanical, chemical and optical property gradients.

They can be used to digitally produce structures and objects that embody the lightness and flexibility—as well as the biodegradability—of leaves and wings; and the toughness of seashells, varying in size from millimeters to meters. Aguahoja aims to subvert the industrial cycle of material extraction and obsolescence through the creation of objects that exhibit tunable mechanical and optical properties, and respond to their environments in ways that are impossible with synthetic materials. During use, these aspects allow the structure to communicate with and respond to its environment; once obsolete, it biodegrades, dissociating to its molecular components to fuel new growth.

Among the other projects in the exhibition are Glass I and II (2015 and 2017) and Totems (2019). Glass I and II are created through a high-fidelity, large-scale, additive manufacturing technology for 3-D printing optically transparent glass structures at architectural dimensions—in essence, a 3-D printer for the type of glass usually employed to harness solar energy. Totems speculates upon designers’ abilities to chemically synthesize melanin—the pigment of life—and program its interaction across scales and species. The first prototype, commissioned as part of the XXII Triennale di Milano Broken Nature: Design Takes on Human Survival (2019), also curated by Paola Antonelli, demonstrates melanin production at an architectural scale for specific environmental contexts. The research at the core of this work fuses digital fabrication and design computation with chemical reaction dynamics.

Each object is designed as a column—a chemical totem—and initiated with tyrosinase, an enzyme from a mushroom whose reaction allows for melanin to be synthesized. A large-scale architectural proposal for an environmentally responsive, melanin-infused glass structure is part of a long-term project initiated by Design Indaba, a yearly design conference in Cape Town, South Africa. 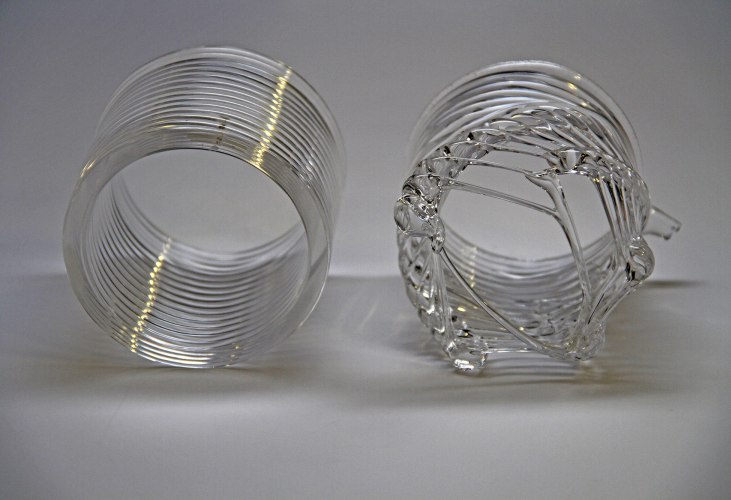 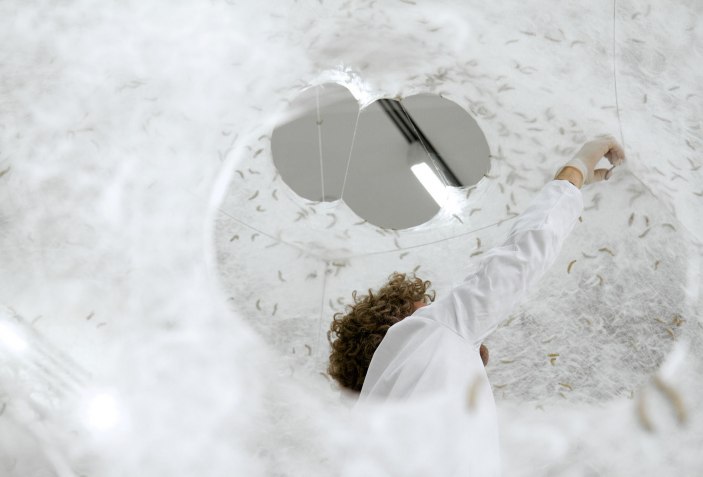 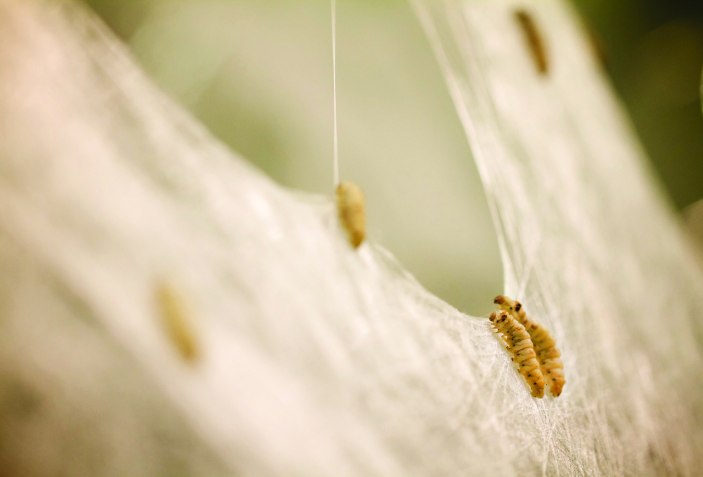 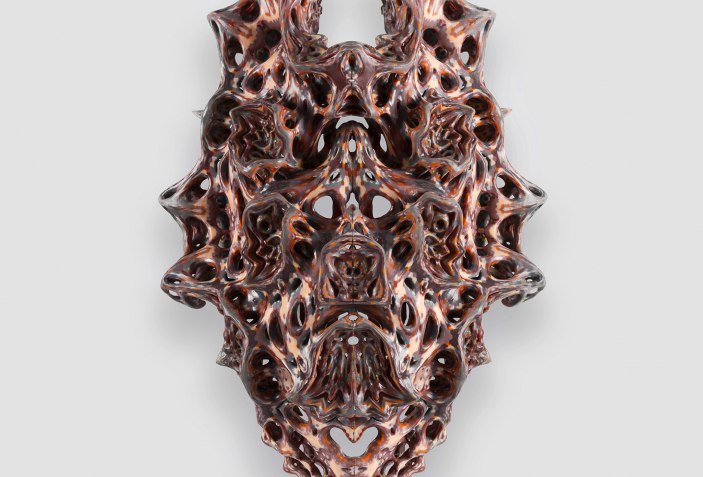 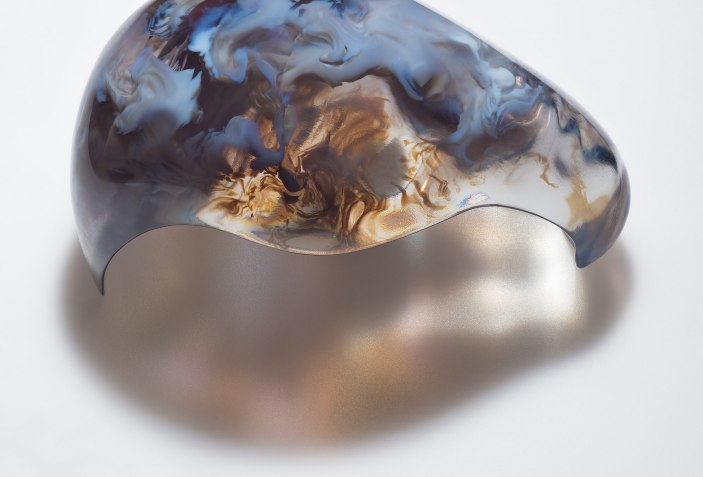 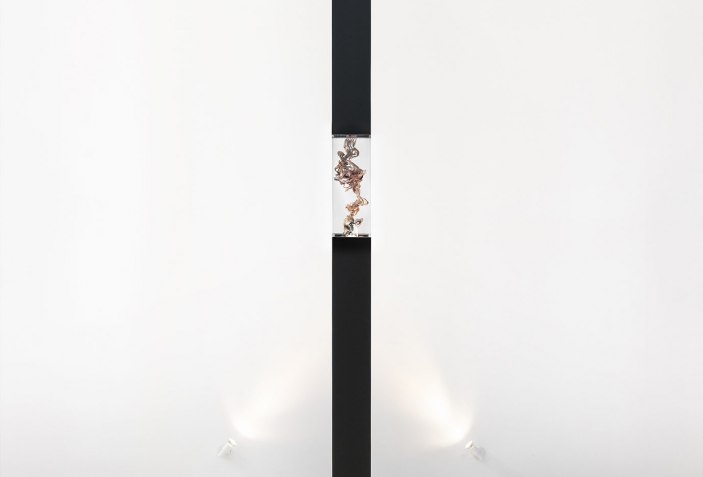 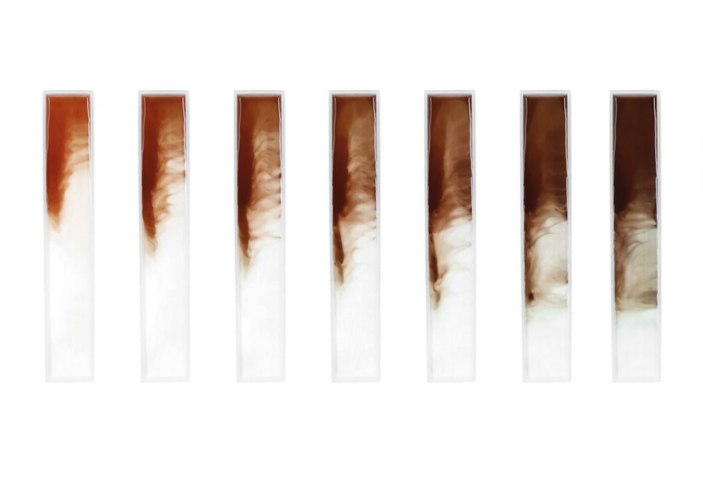 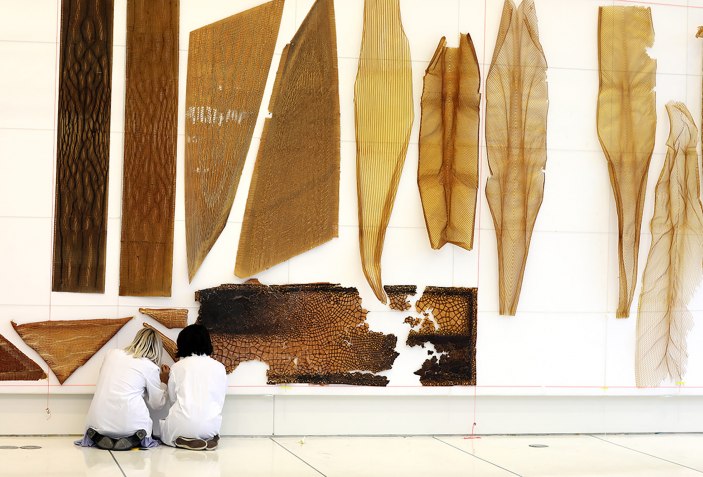 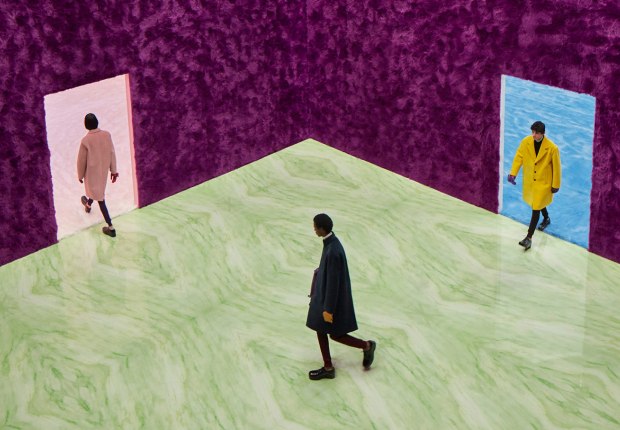 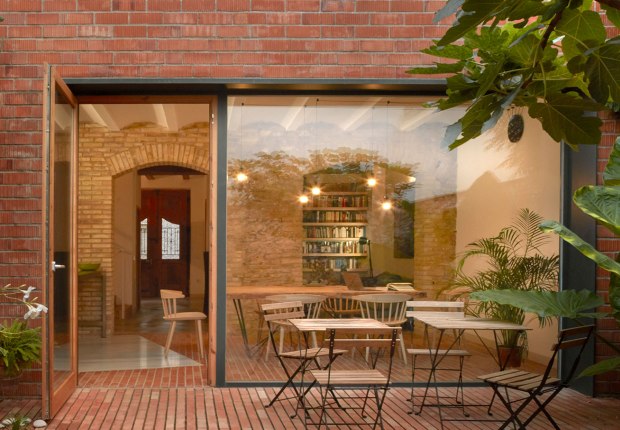 Renovation of a town house in Benimaclet. Mira house by Arturo Sanz 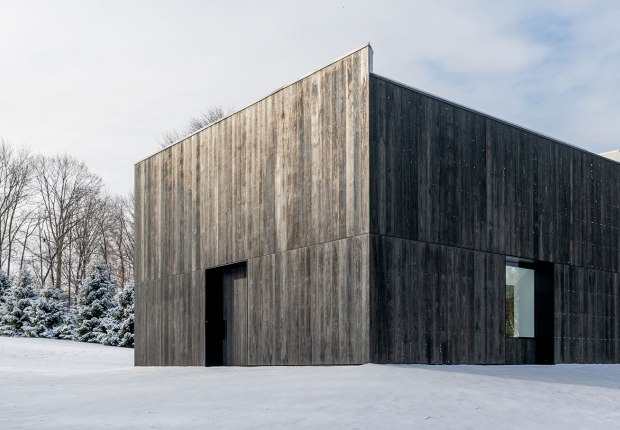 Intersection of material and space. LX Pavilion by OLI Architecture 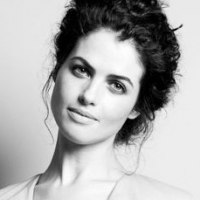 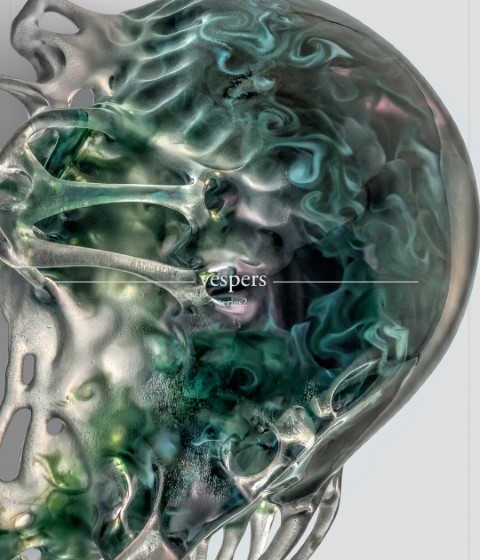 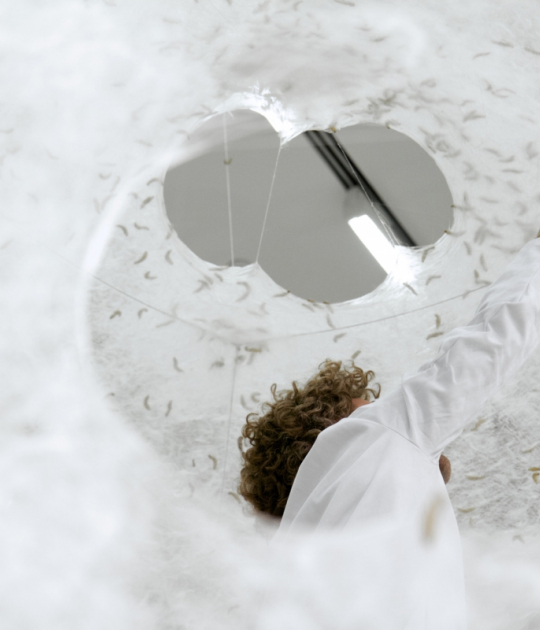 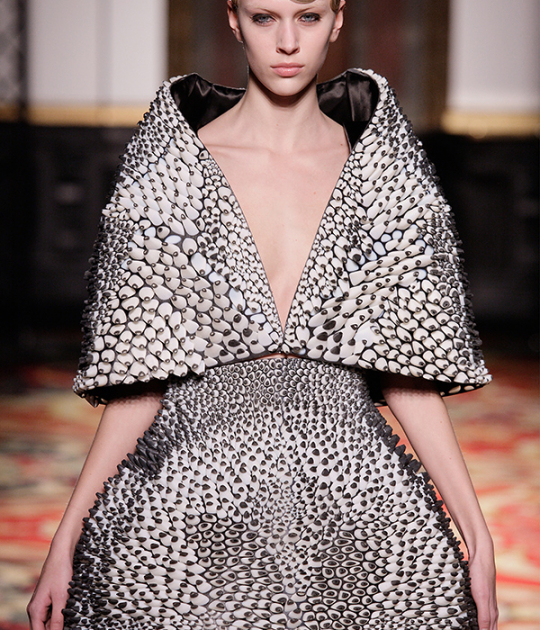 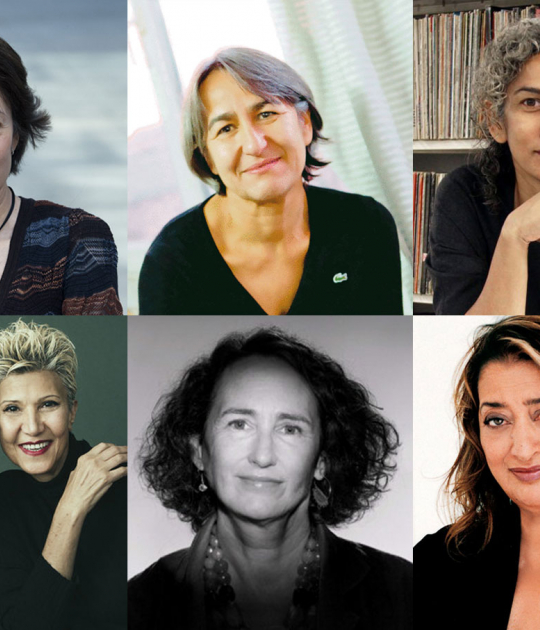 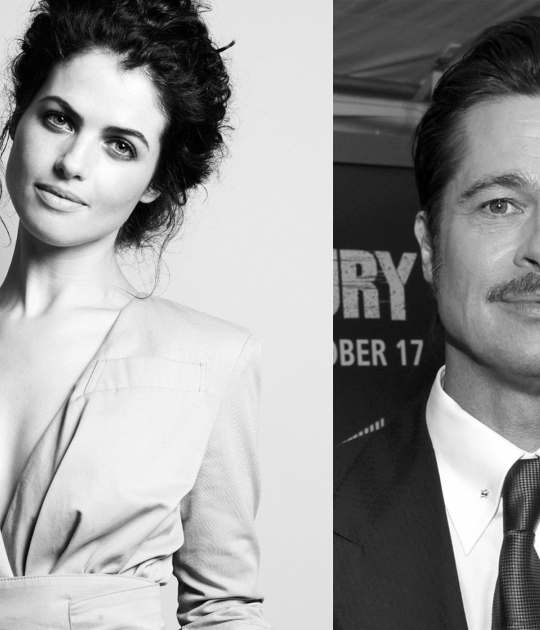 07/04/2018 - Actor and Architecture vs Architect and Professor at MIT - metalocus, INÉS LALUETA
Architecture