Good architecture dont have time and this museum is the test. About it, many architects we talk, remember and reference in any conversation. Some time ago, talking to one of my students, Angela, we remembered and analyzed the volumens, the spaces. Francisco J. Saenz de Oiza commented that the architecture is learned by copying (not plagiarizing, but emulating) and this is an example for this. I found this video, along with which we presented last Friday on "Library Umimirai in Kanazawa," which completes the vision of this city, that for many is unknown but certainly worth a visit if you go to Japan. Enjoy the video. 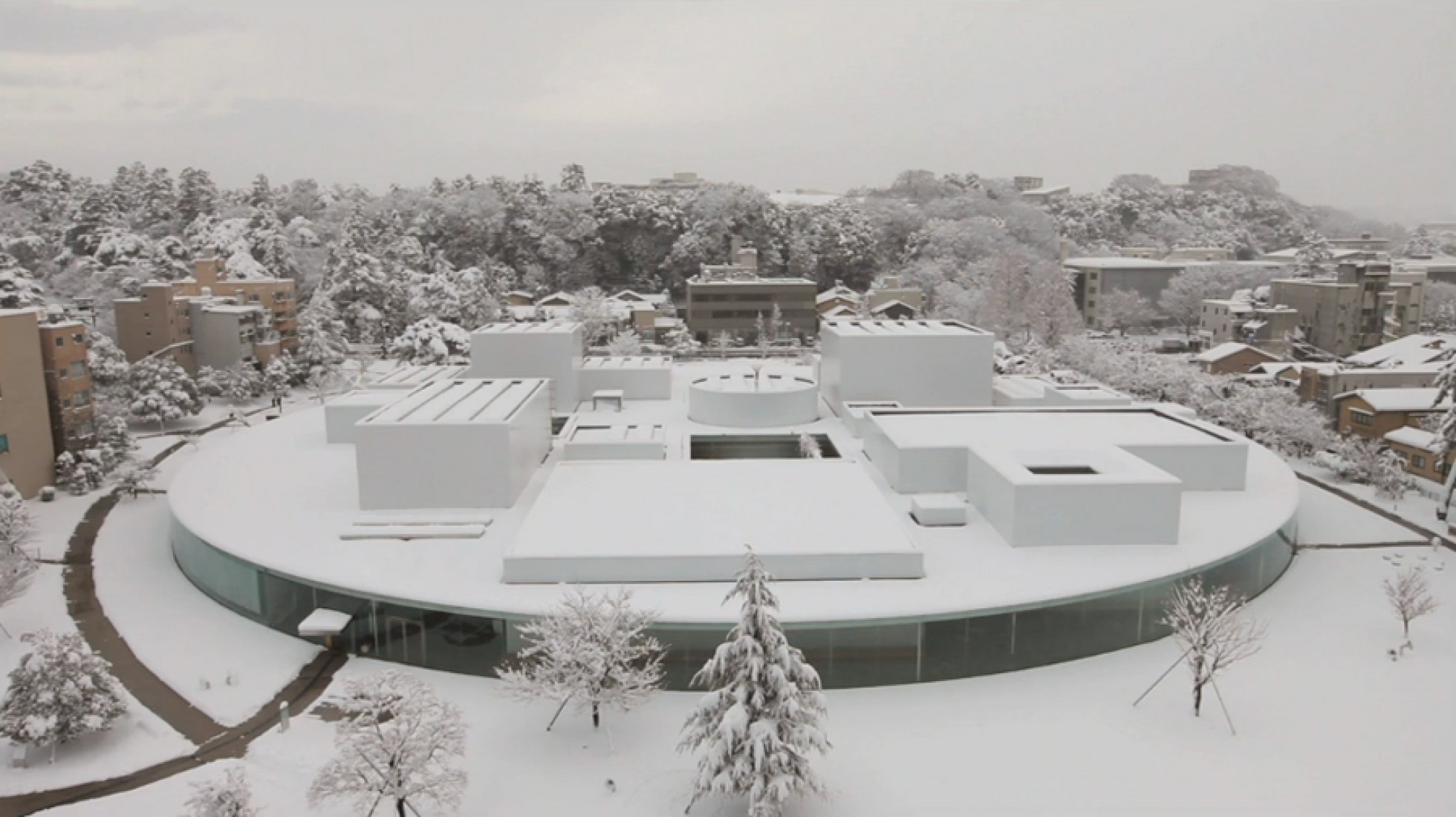 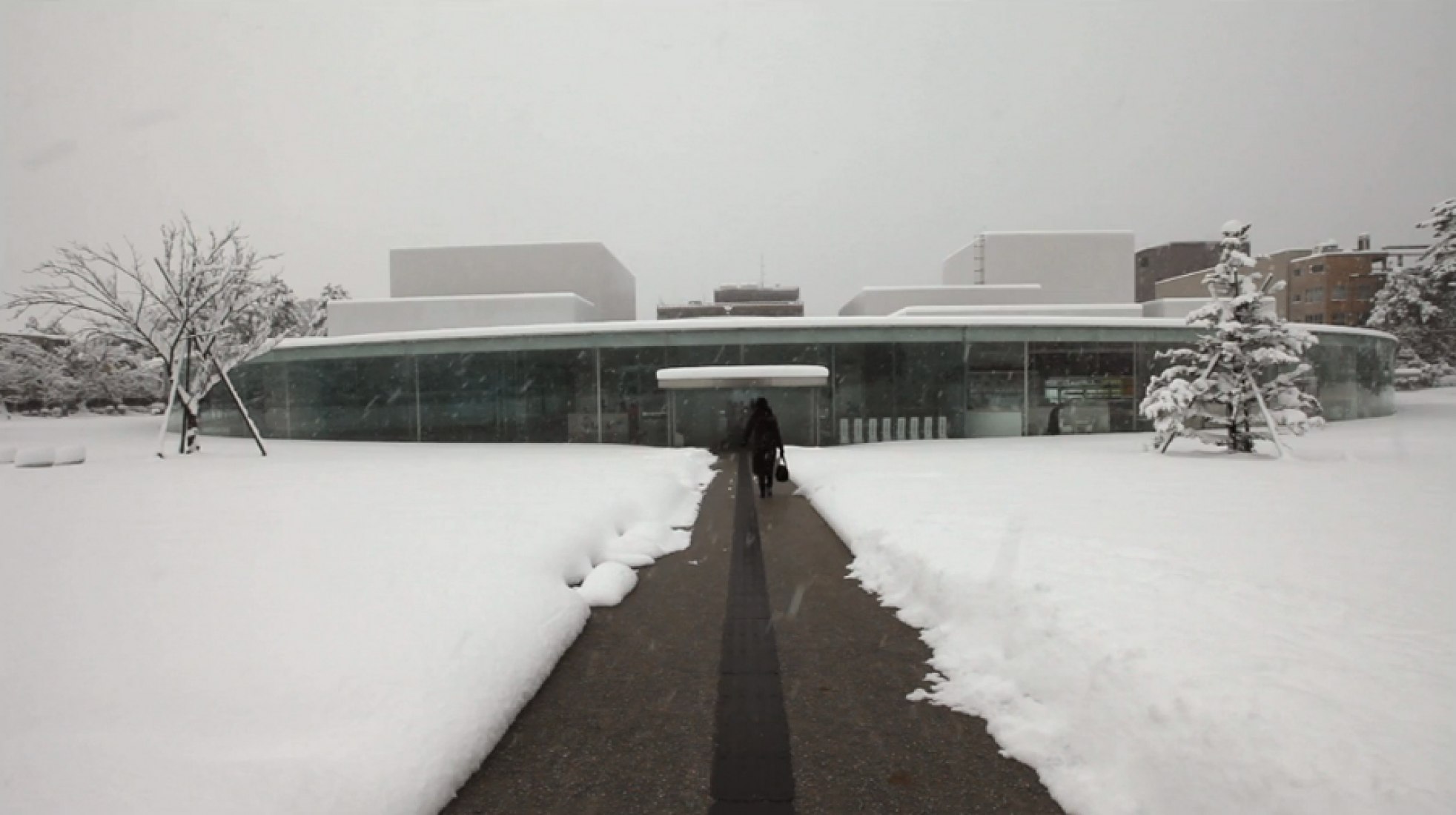 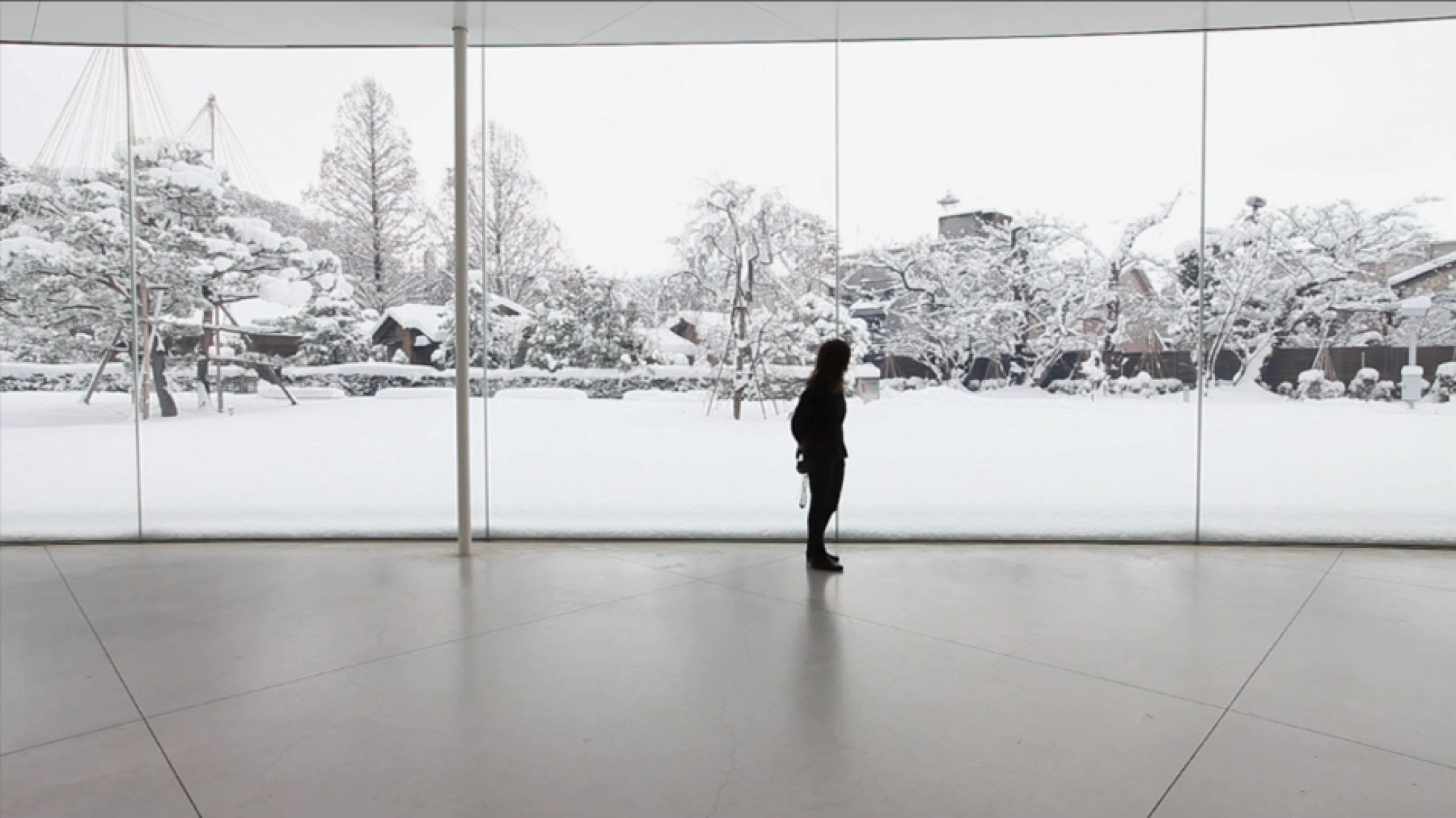 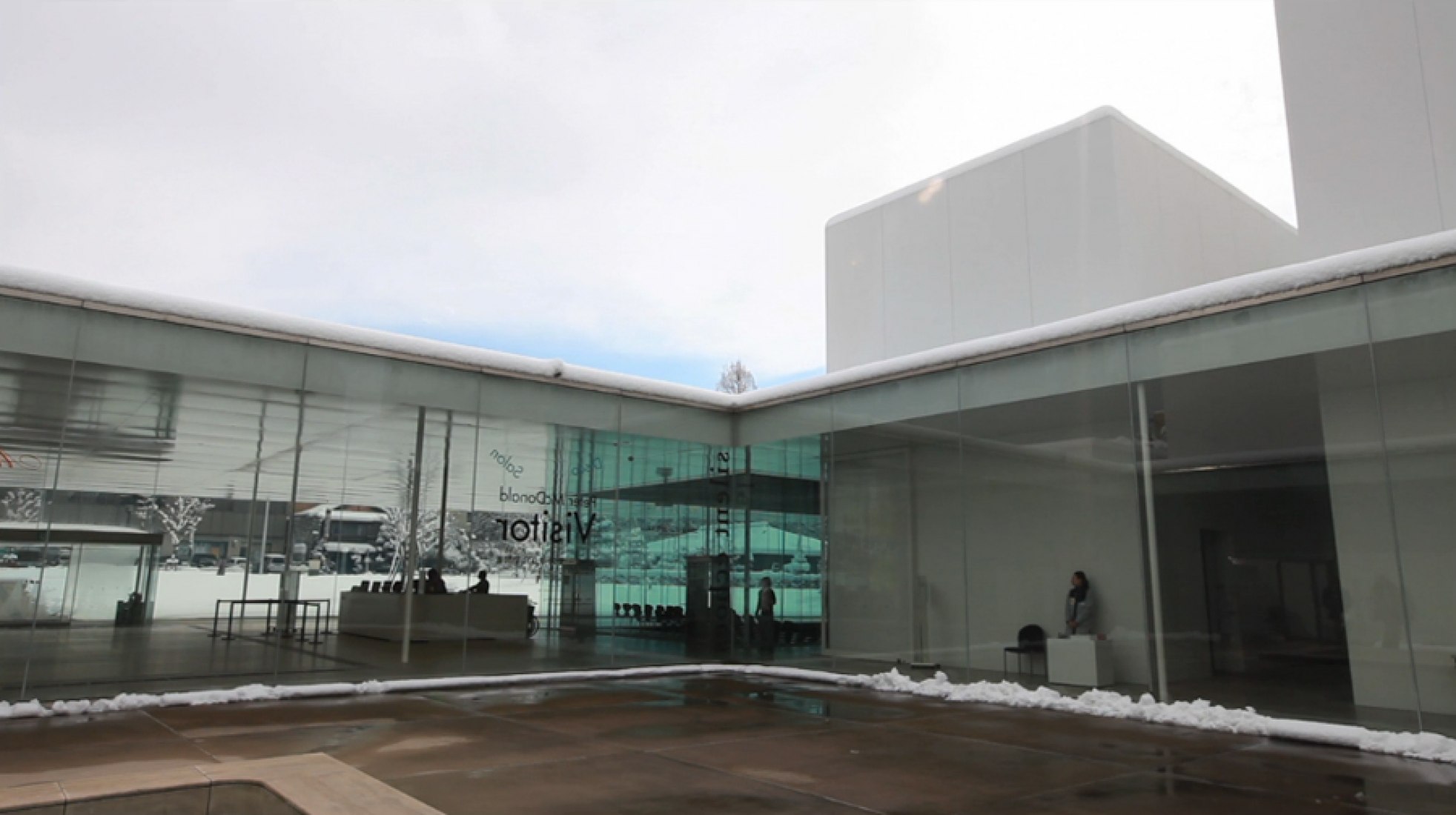 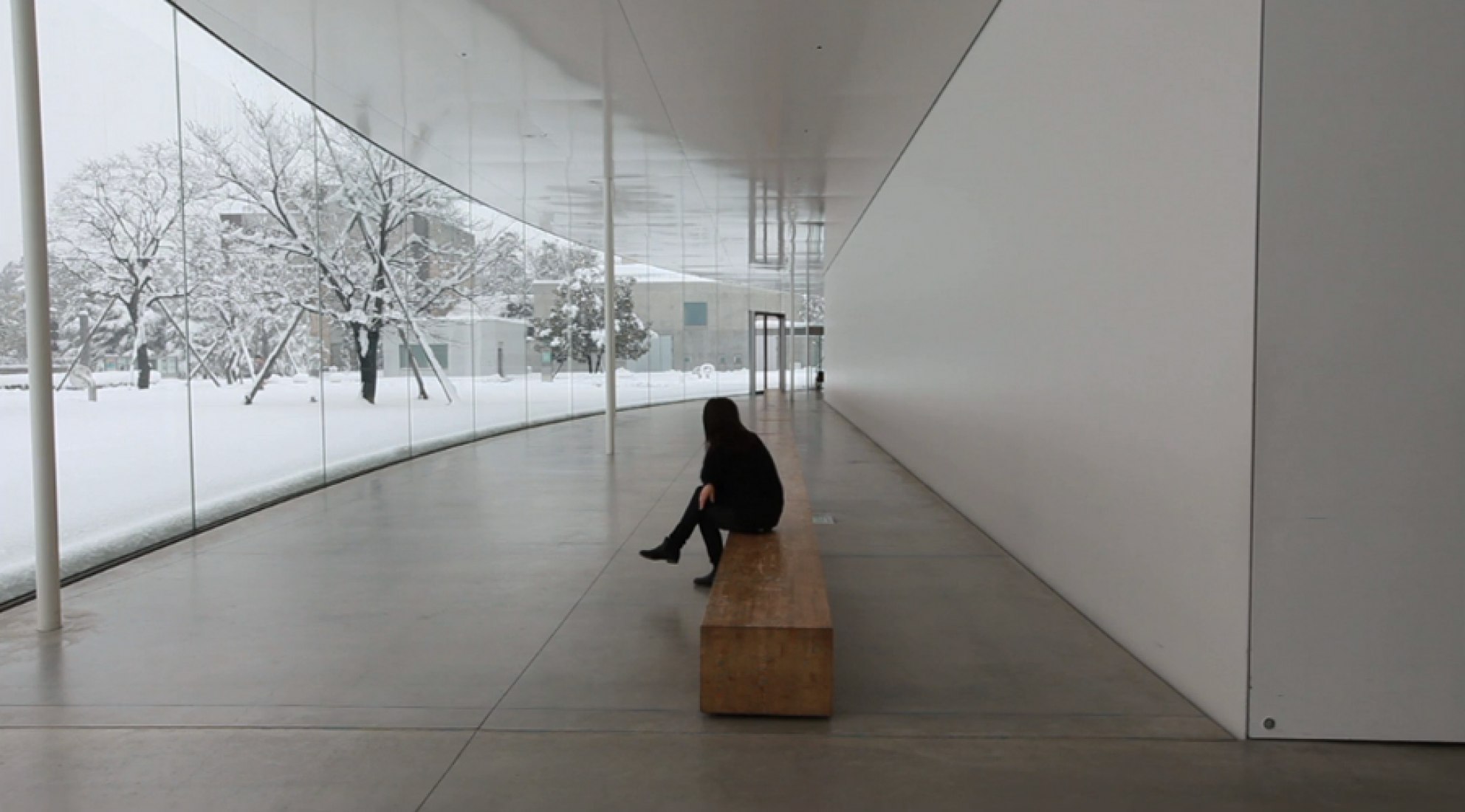 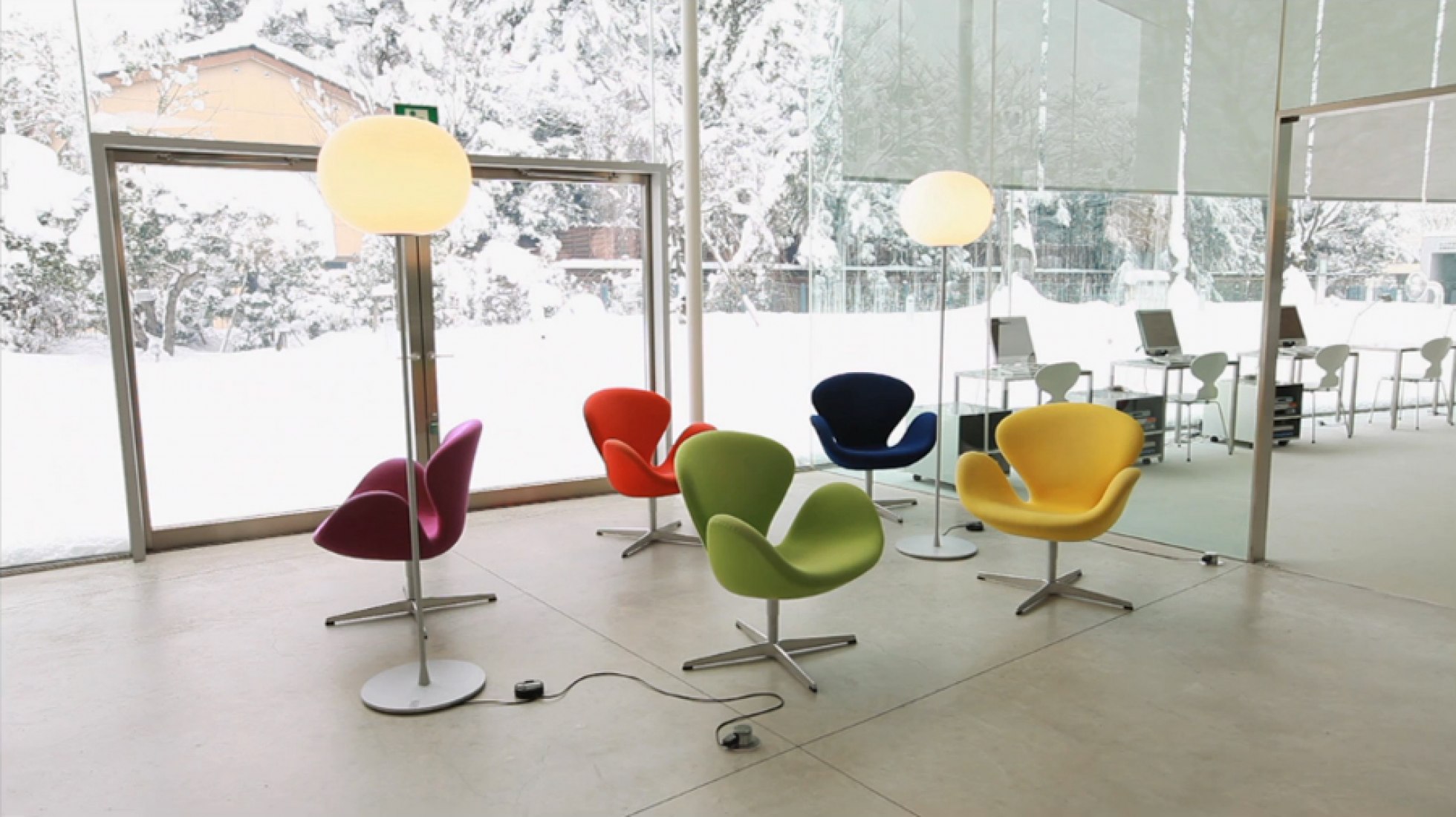 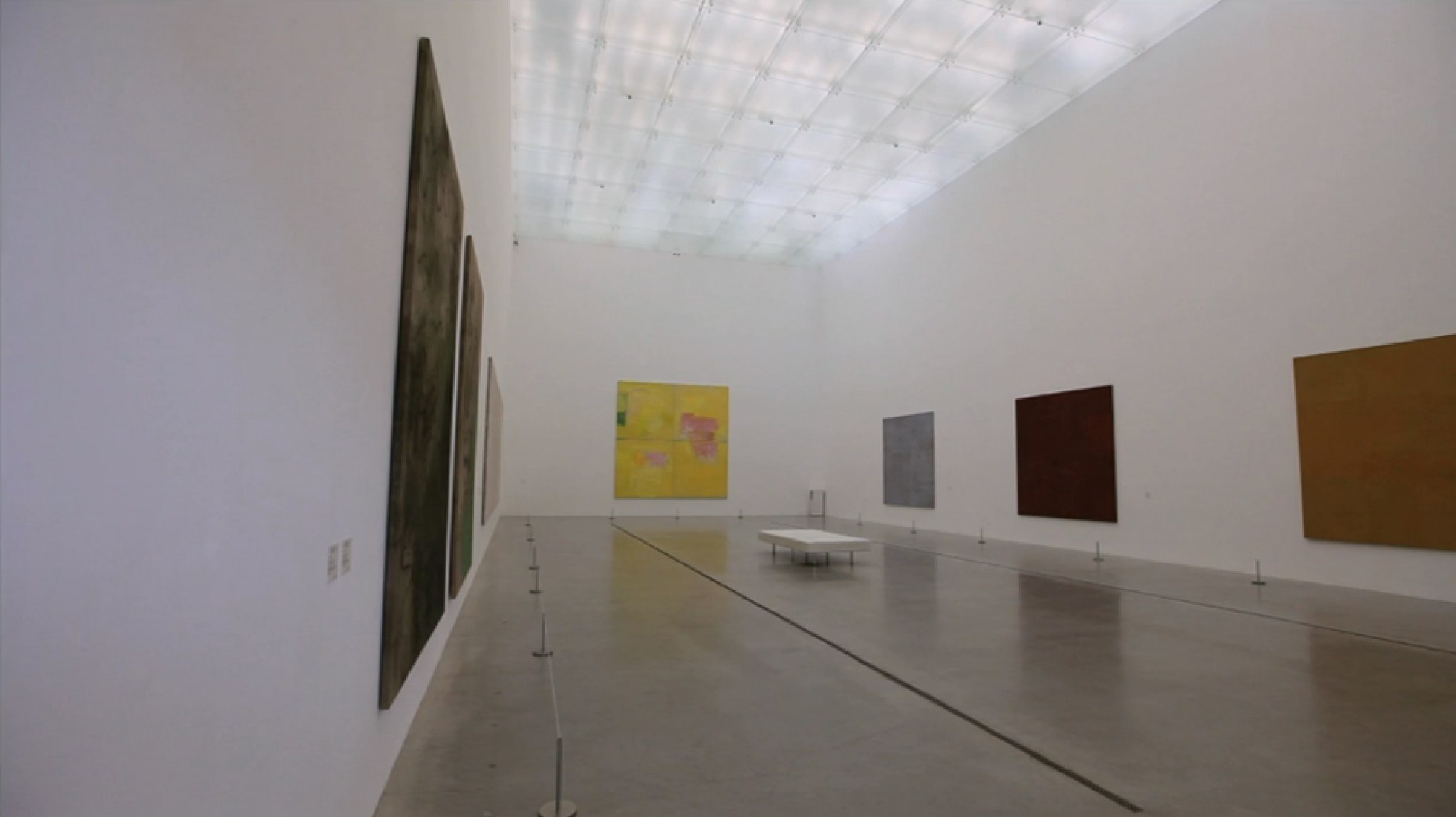 Below, an interesting text also by Tramnesia, video's authors, and although are more than 140 letters of Twitter, as a friend said a few days ago, it is worth reading.

The 21st Century Museum of Contemporary Art (21CM) is located in Kanazawa, a small arts-minded city on the western coast of Japan. Opened in 2004, the museum occupies a prime position in the city center, across the street from not only City Hall but also the old castle and Kenrokuen, one of the loveliest gardens in all of Japan. When you spend some time in Kanazawa, 21CM’s central location makes sense: the geography, the building’s circular form, and the steady traffic streaming throughout the space all suggest the 21CM as a community hub in this charming town by the sea.

The museum was designed by SANAA, an architecture firm now very much celebrated around the world, whose reputation was earned from projects like this. Similar to Gehry’s Guggenheim in Bilbao, the 21CM has had a transformative effect on this provincial city off the Tokyo-Kyoto-Osaka shinkansen axis. Not only has the museum placed Kanazawa on the map for the world’s art travelers, more importantly, it gave residents another way to imagine their town, as a place that matters beyond its traditional prefectural boundaries. The seriousness of the museum’s ambitions are further bolstered by the strength of its exhibits, hosting shows by foreign artists like Matthew Barney and Gerhard Richter as well as by some of our favorite Japanese artists like Takashi Homma and Makoto Saito. For a small city, it’s an incredible opportunity to experience the work and ideas from such a wide range of people.

Architecturally, the museum is a cluster of box-like galleries unified by a circular shell. SANAA has compared it to a series of islands, an archipelago, and the way we experience the space very much has that feel of circulating water. It’s clear the museum’s design explores some of the dominant issues in Japanese architecture – the binary tension between public-private, inside-outside, decentralization, geometry, ambiguous space, etc. And much has been said about the round building’s de-centered approach, which is all true. You can enter the building from four different directions depending on where you are in the neighborhood and each port will influence how you experience the space. It’s like the flip side to SANAA’s Moriyama House in Tokyo -- a similar group of segmented structures open to its surroundings -- but this museum, as a public space, feels more dynamic and complete, inviting and impressive.

We spent a couple months in Kanazawa not too long after the museum first opened and always loved visiting, stopping by once or twice a week for lunch in the café, to thumb through architecture books displayed on Atelier Bow Wow’s fantastic manga-pod, or to gape at the abyss of Anish Kapoor’s optical mystery or just to sit in the quiet of the James Turrell room. Our favorite space, though, was the library, a place to browse through current issues of Japanese and international art magazines and to research the works of artists you think about as you wander the museum or through the town itself. Its glass walls make the space so inviting, where you can watch the changing light outside and all the activity passing through the museum itself. The nearby galleries reserved for kids and community projects are always full, with children on school-sponsored field trips romping through, pensioners, young couples on dates, office workers on lunch breaks -- it makes you feel like you’re in the heart of the city.

Kanazawa is a town whose beauty and primary attraction is from its past and how well it has managed to preserve it. Never bombed in the war, it’s the town we always imagined Kyoto would be, and there are many neighborhoods where it’s easy to lose yourself in time and forget which century you are in. Still, you know from the name alone that the museum is not preoccupied with this past. Instead, what makes the 21st Century Museum so special and meaningful is how confidently it thinks about the present and the future, not by locking itself in the sentimental prison of history but by showing how art and architecture can help you understand all of this and still provide a way to make you feel connected to it a 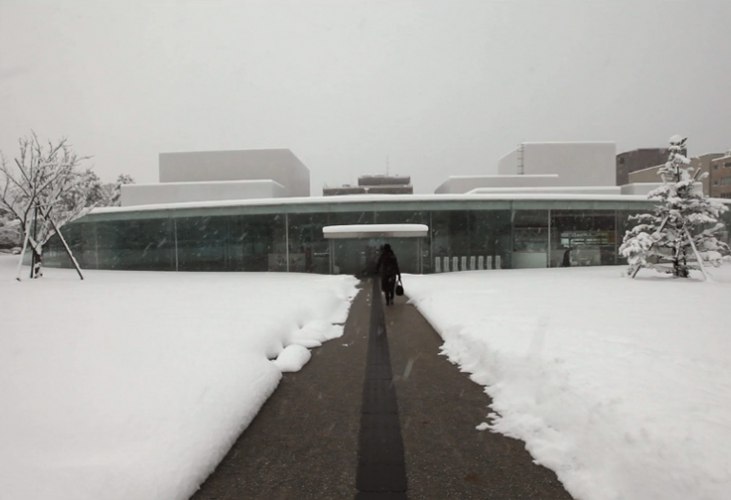 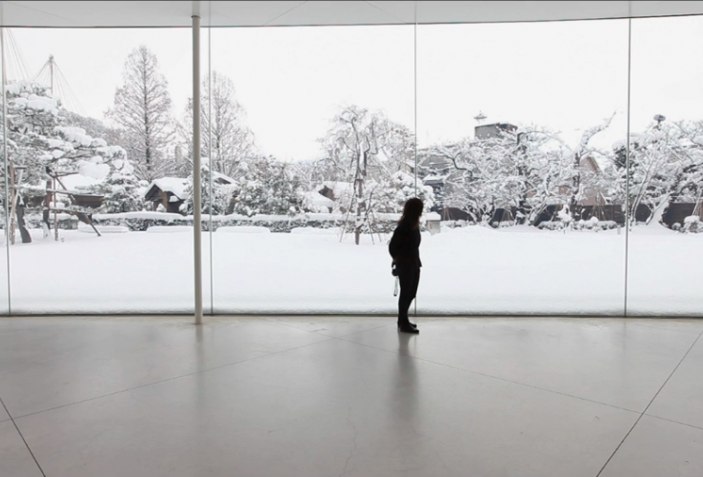 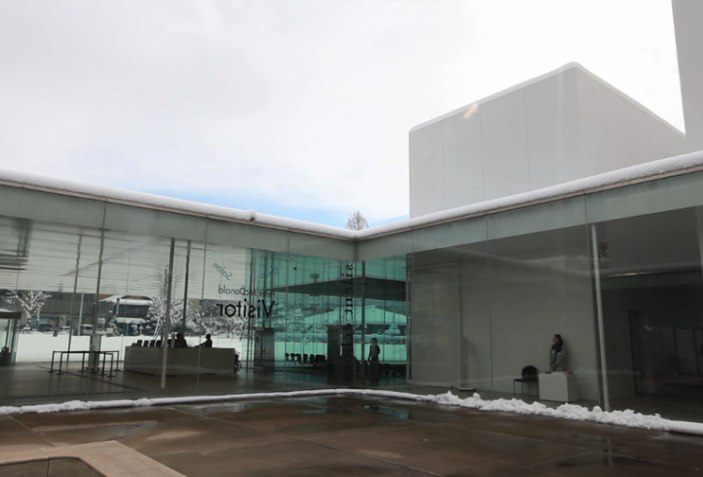 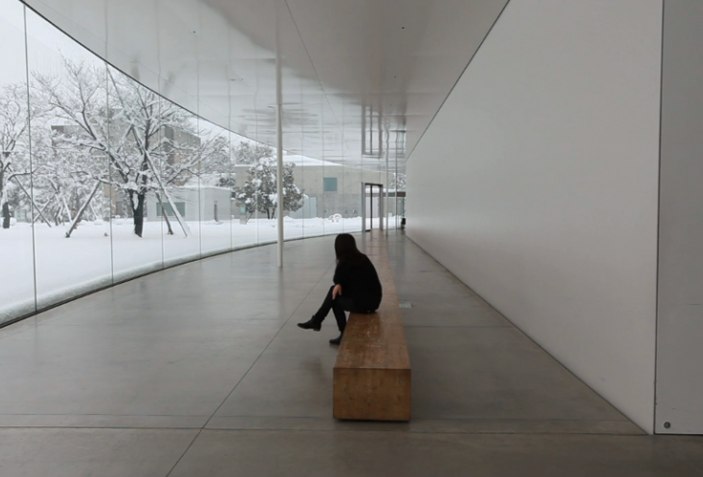 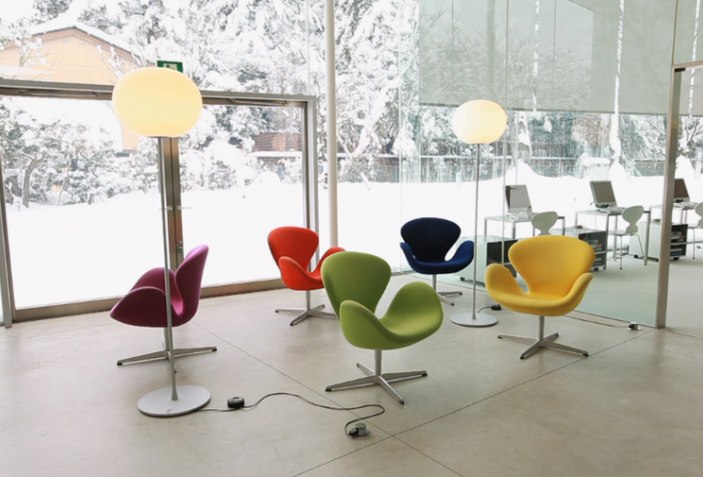 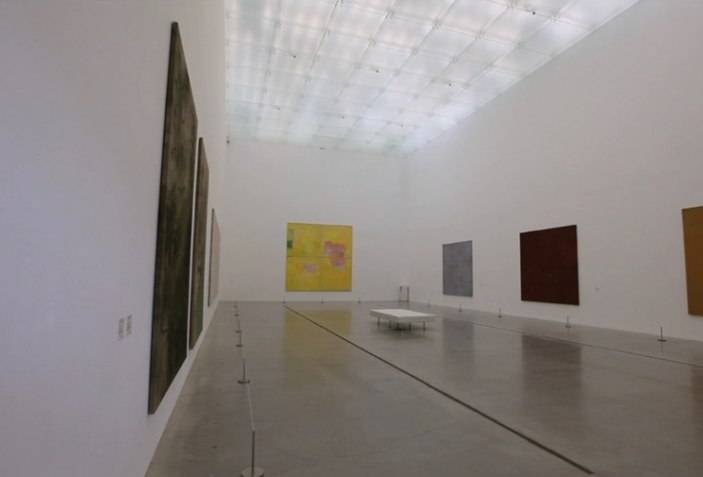 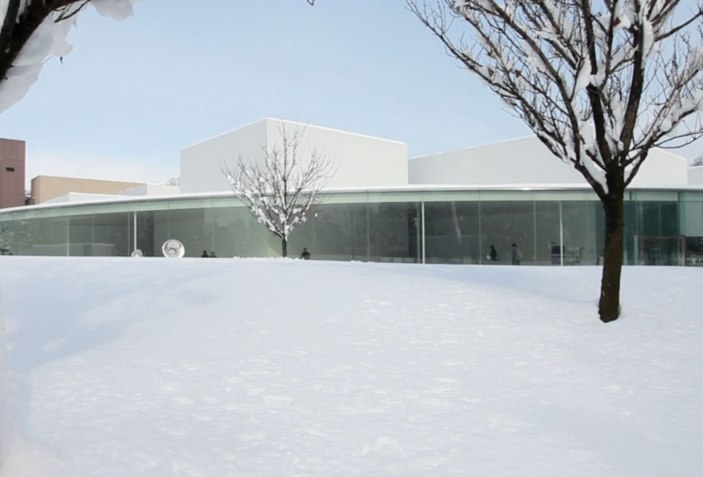 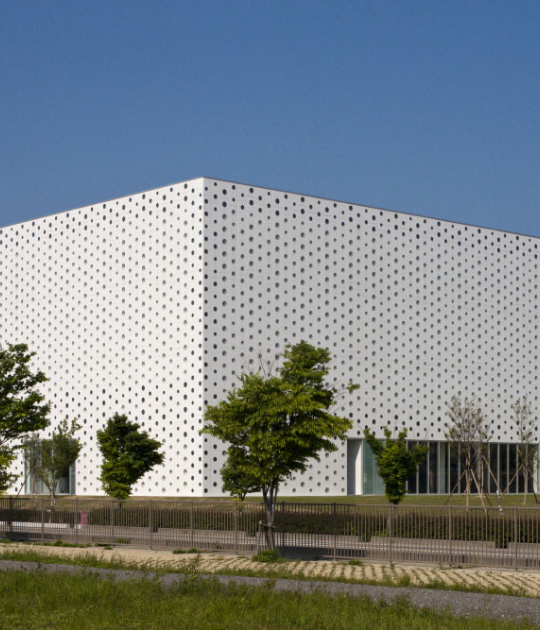 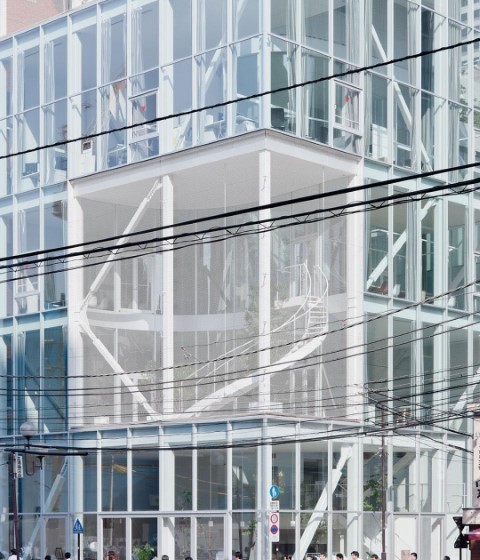 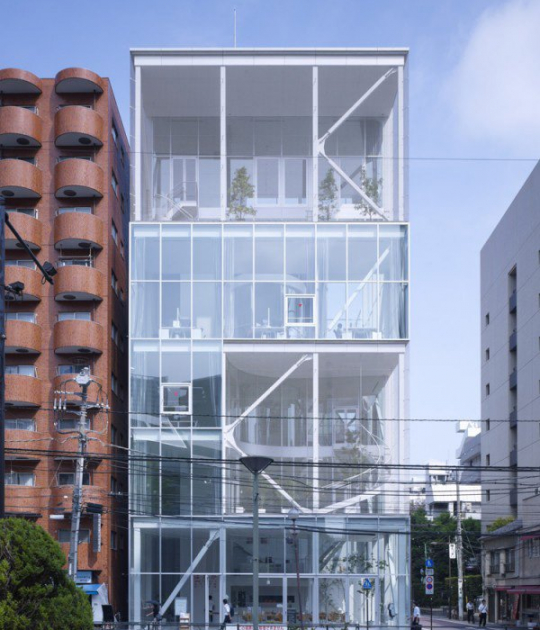 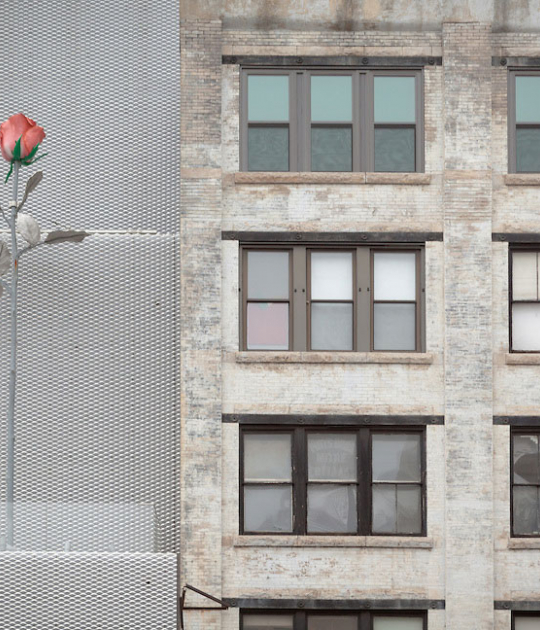