SANAA’s First Project in the U.S. Since Receiving the Pritzker, the River Will Nestle Into the 75 Acres of Open Meadows, Woodlands and Wetlands of Grace Farms. 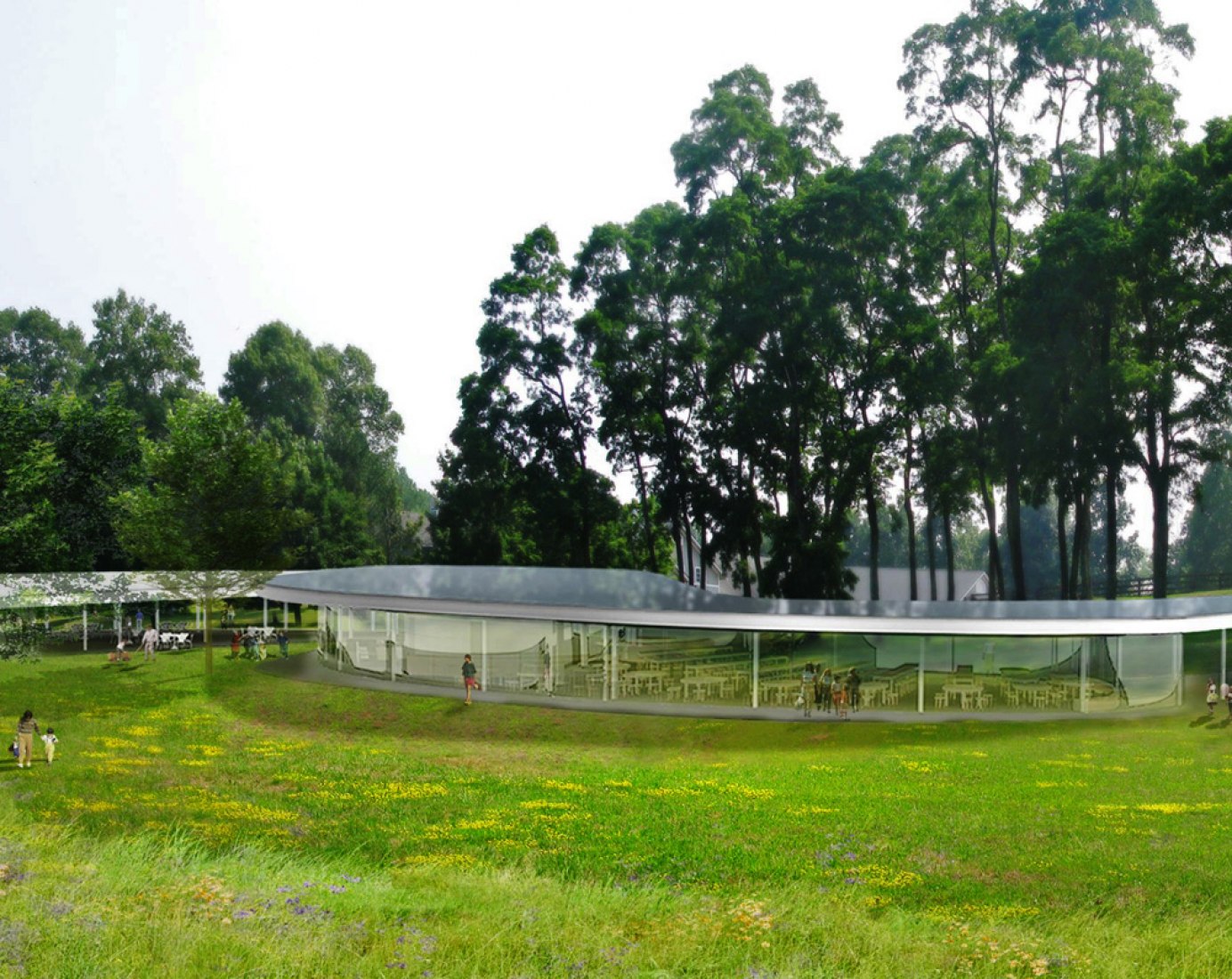 Another glass-area pavilion of The River. (Rendering courtesy of Sanaa and OLIN). 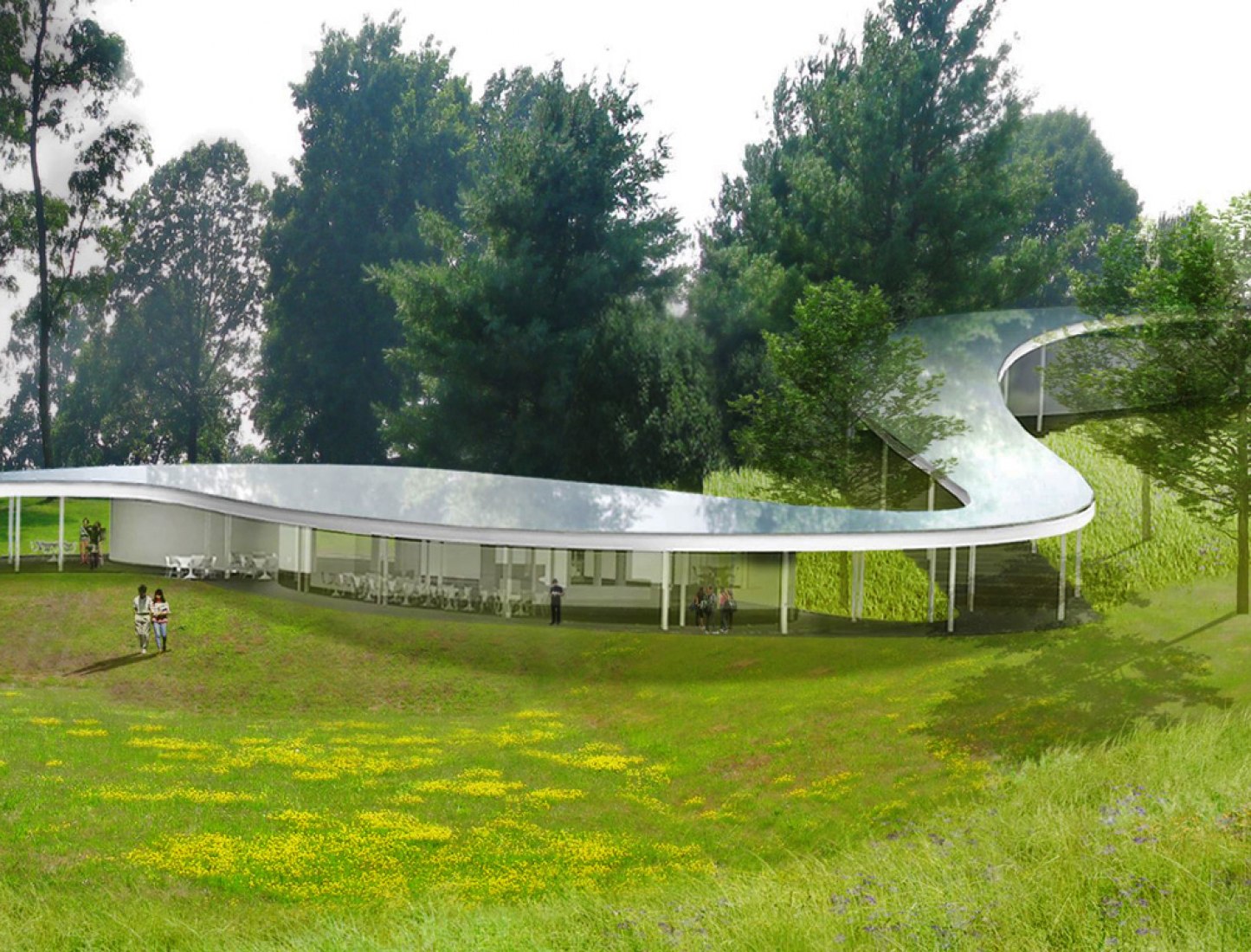 Overview of the sanctuary space of The River. (Rendering courtesy of Sanaa and OLIN).

An artist’s rendering of the River building proposed for Grace Farms on Lukes Wood Road and Smith Ridge, the former Windsome Farms property, that would be the new home of Grace Community Church and perpetual open space on the northern town border with New York. (Rendering courtesy of Sanaa and OLIN).

Overview of the sanctuary space of The River. (Rendering courtesy of Sanaa and OLIN).

Grace Farms Foundation, a not-for‐profit charitable organization in New Canaan, Connecticut is expecting the Planning & Zoning Commission to hold a hearing on the proposal Tuesday, Oct. 23, for a SANAA-designed, meandering structure dubbed the “River”. The project prioritizes the needs of the community by preserving the 75-acre Grace Farms property as a permanent offering of open space and providing an array of public amenities, such as a library, gymnasium and church. Grace Community Church has been holding its Sunday worship at Saxe Middle School. The foundation had originally proposed building a 1,200-person sanctuary on the property. But that has been scaled back to one that would hold 900 — with seating for 700.

“We are thrilled to be sharing SANAA’s wonderfully sensitive design with the members of the Planning and Zoning Commission and with the community we serve,” stated Sharon Prince, President of the Grace Farms Foundation. “Grace Farms is a place where people can walk their dog, read a book by the lake or simply relax in a beautiful natural setting. By blending so seamlessly into the landscape, the River enhances this experience, almost erasing the barrier between the spaces sheltered within and the natural world outside.”

Nestled into the rolling landscape of Grace Farms, amid meadows, woods, wetlands and lakes that will be conserved in perpetuity, the SANAA design begins on a knoll and then flows and meanders down the long, gentle slope in a series of bends, forming pond-like spaces on its journey. Structurally, the building of glass, concrete, steel and wood is in essence a single long roof, which seems to float some 10 feet above the surface of the ground as it twists and turns across the landscape. The walkways, courtyards and glass-­‐wrapped volumes that form beneath the roof are remarkably transparent, presenting no barriers but rather inviting people to engage with the expansive natural surroundings. The River, which winds through a little more than 1 acre of the 75-­‐acre Grace Farms, will be built by the Foundation at an estimated cost of $50‐60 million.

At its uppermost point, the River begins with a space that will be used as a sanctuary for Grace Community Church, which will hold services on Sundays. Other ancillary areas in the River will accommodate a library, spaces for children, a dining room and a gymnasium, as well as meeting space that can also be used by not-­‐for-­‐profit service organizations. Individuals associated with Grace Community Church established Grace Farms Foundation in 2009 as an independent organization, with the aim of benefiting the New Canaan community.

Kazuyo Sejima of SANAA stated, “Our goal with the River is to make the architecture become part of the landscape without drawing attention to itself, or even feeling like a building. We hope that those who are on the property will have a greater enjoyment of the beautiful environment and changing seasons through the spaces and experience created by the River.”

The Planning and Zoning Commission of the Town of New Canaan approved the proposed use of Grace Farms in 2008, preserving open space on the privately owned property formerly approved for a 10‐lot subdivision. The P&Z Commission will now review the improved building design and site plan. The SANAA design in effect dissolves the approved volume of the project into the landscape and reduces the amount of fixed seating in the sanctuary. The Commission is expected to rule on the application by the end of 2012.

“We feel reasonably confident that the commission will find the design complies fully with the terms established for our permit,” Prince said.

The Sanaa design, according to the foundation, in effect dissolves the approved volume of the project into the landscape and reduces the amount of fixed seating in the sanctuary.

“The whole mission of the foundation is to support initiatives in the areas of faith, the arts, social justice and the community,” Prince said. “We are eager to start having these conversations.” 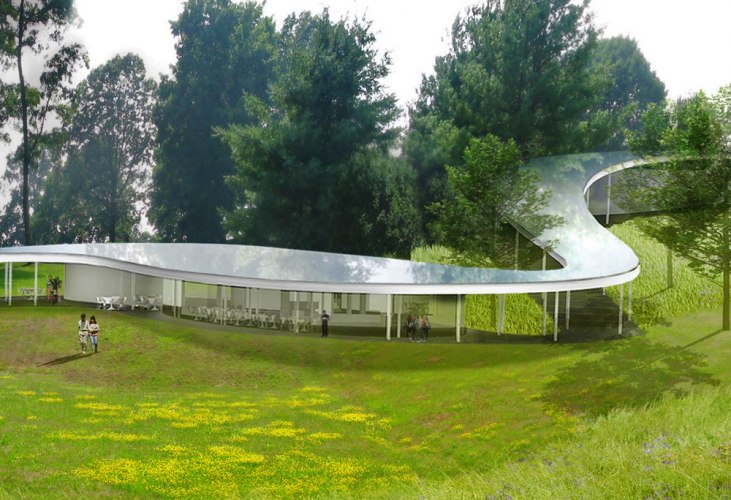 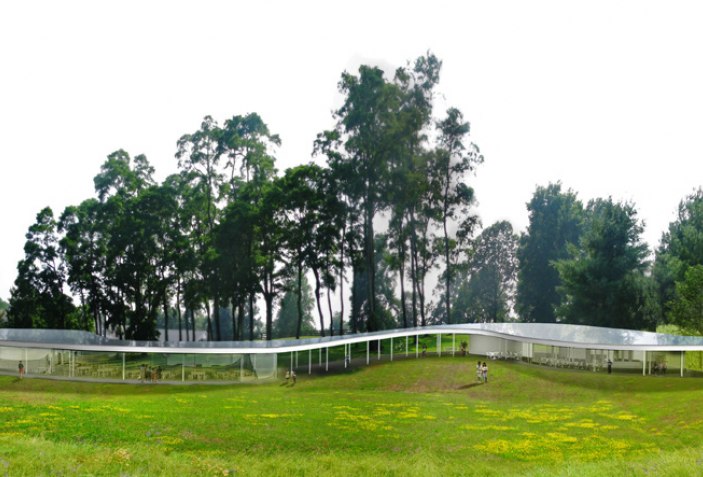 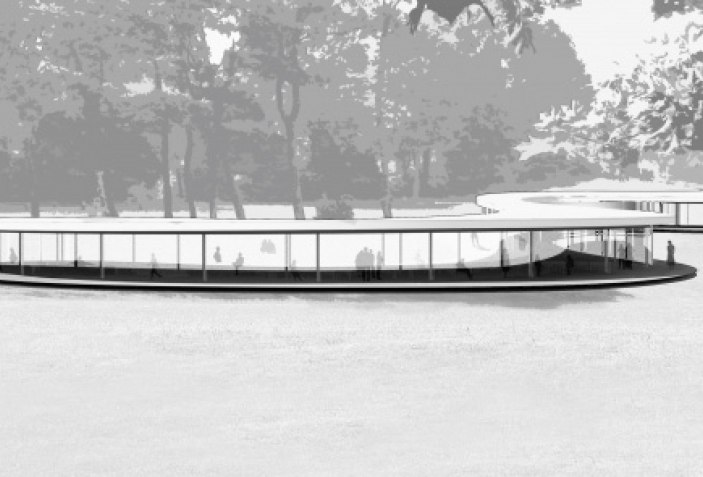 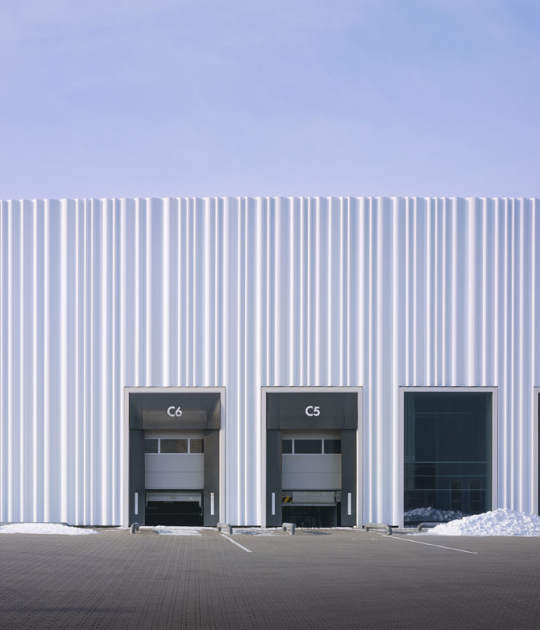 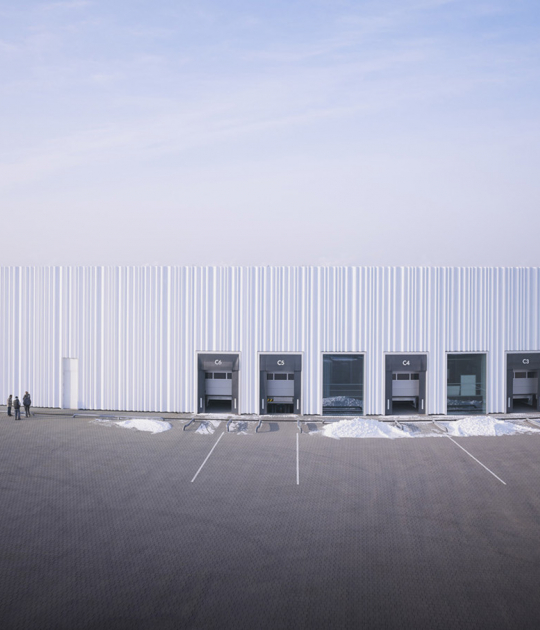 Factory Building on the Vitra Campus by SANAA 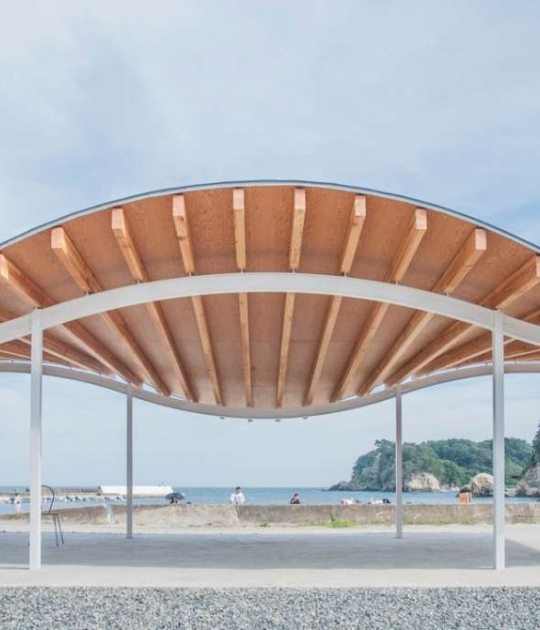 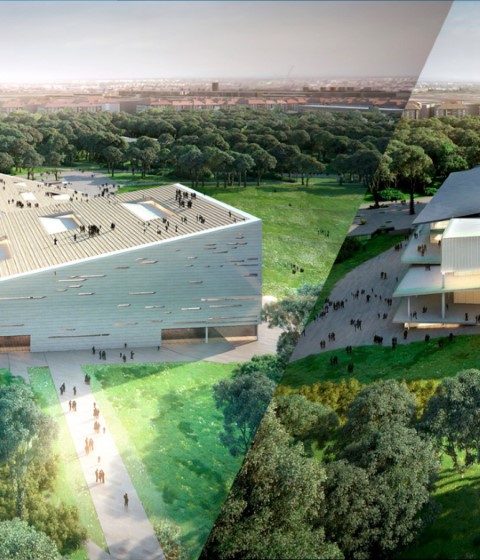