“What does this house want to become, as an object of use, as a sensorial body, structured with a certain material and built with solidity, as a creation, as something that has been shaped, that is at life ́s service?”(1) 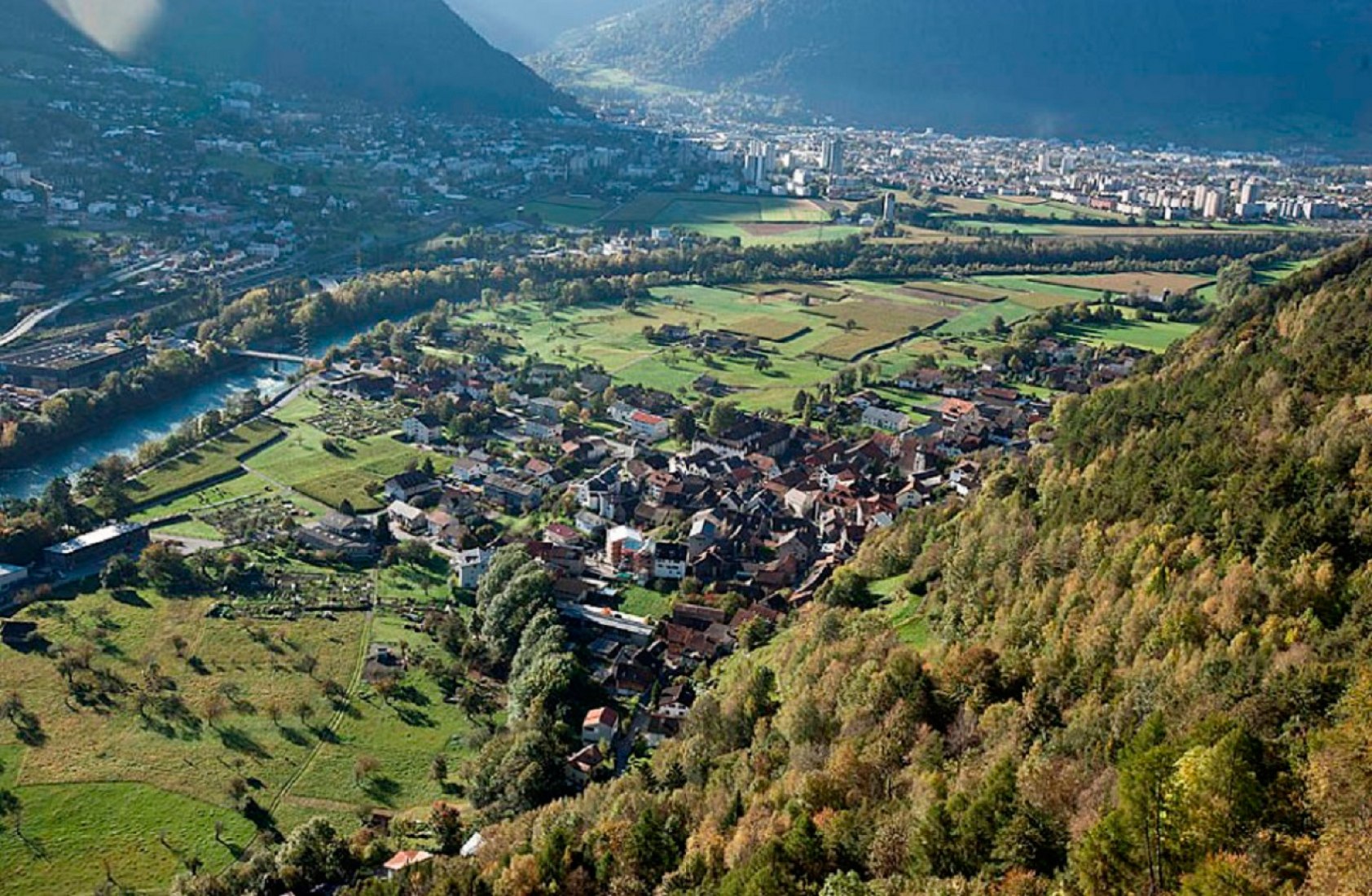 [Fig. 2]. Views of Haldenstein from the hillsides of its far north to the south. Source: churtourismus.ch. Click above to see larger image. 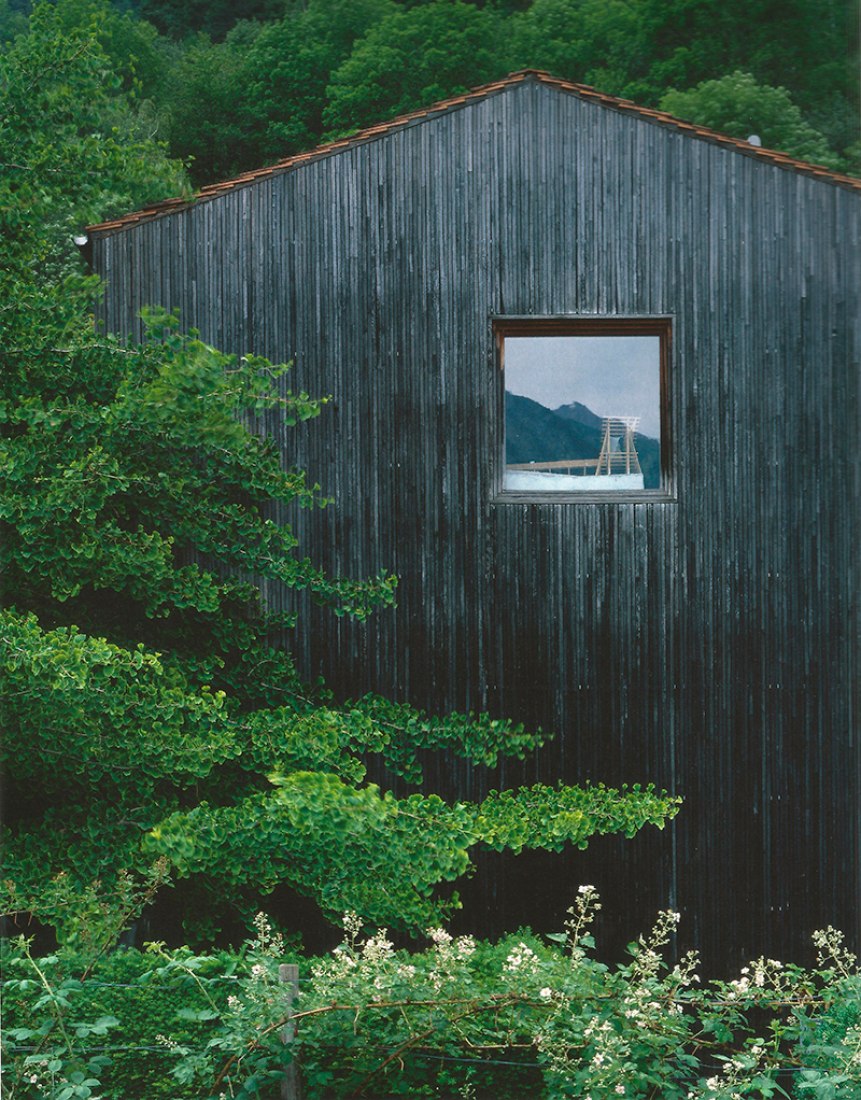 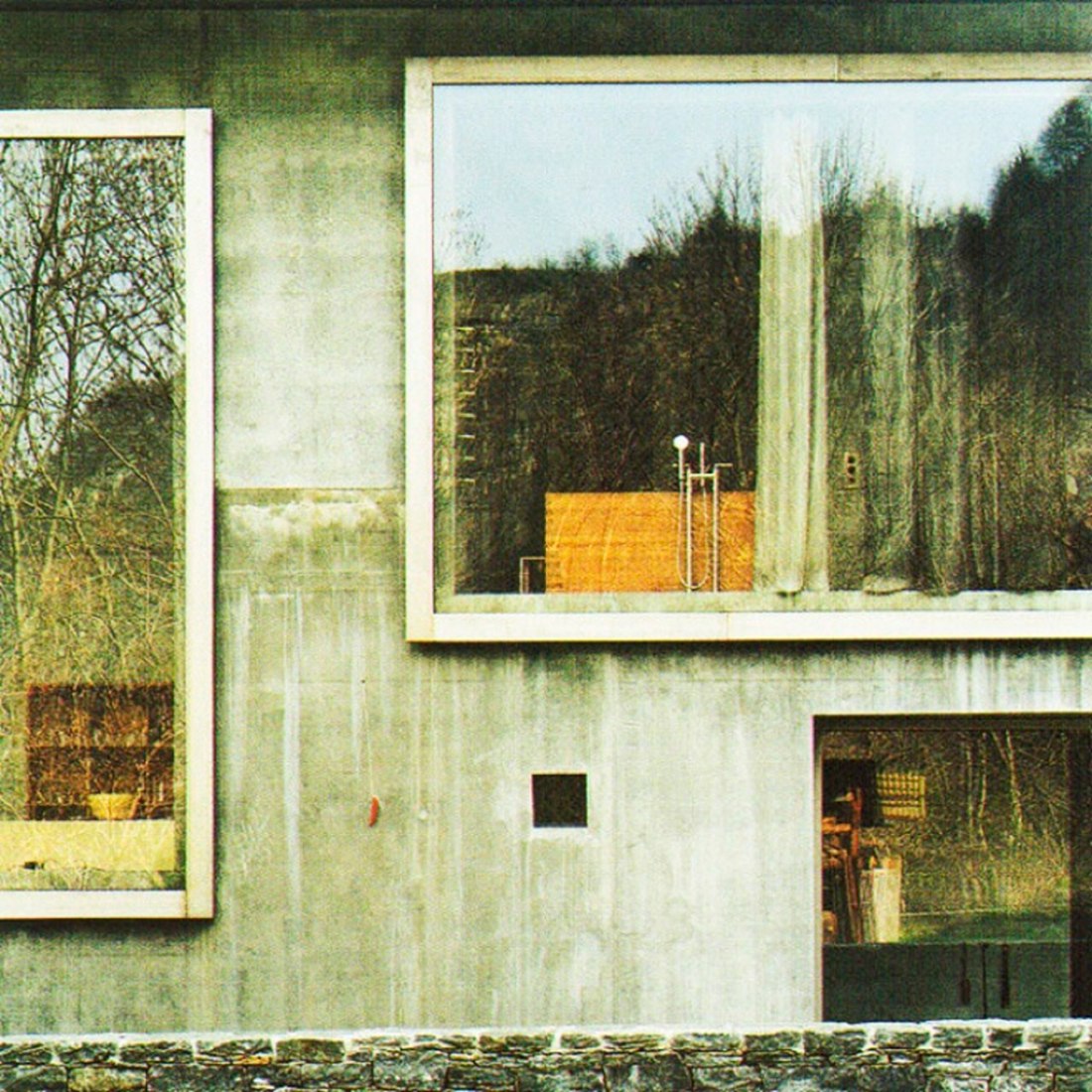 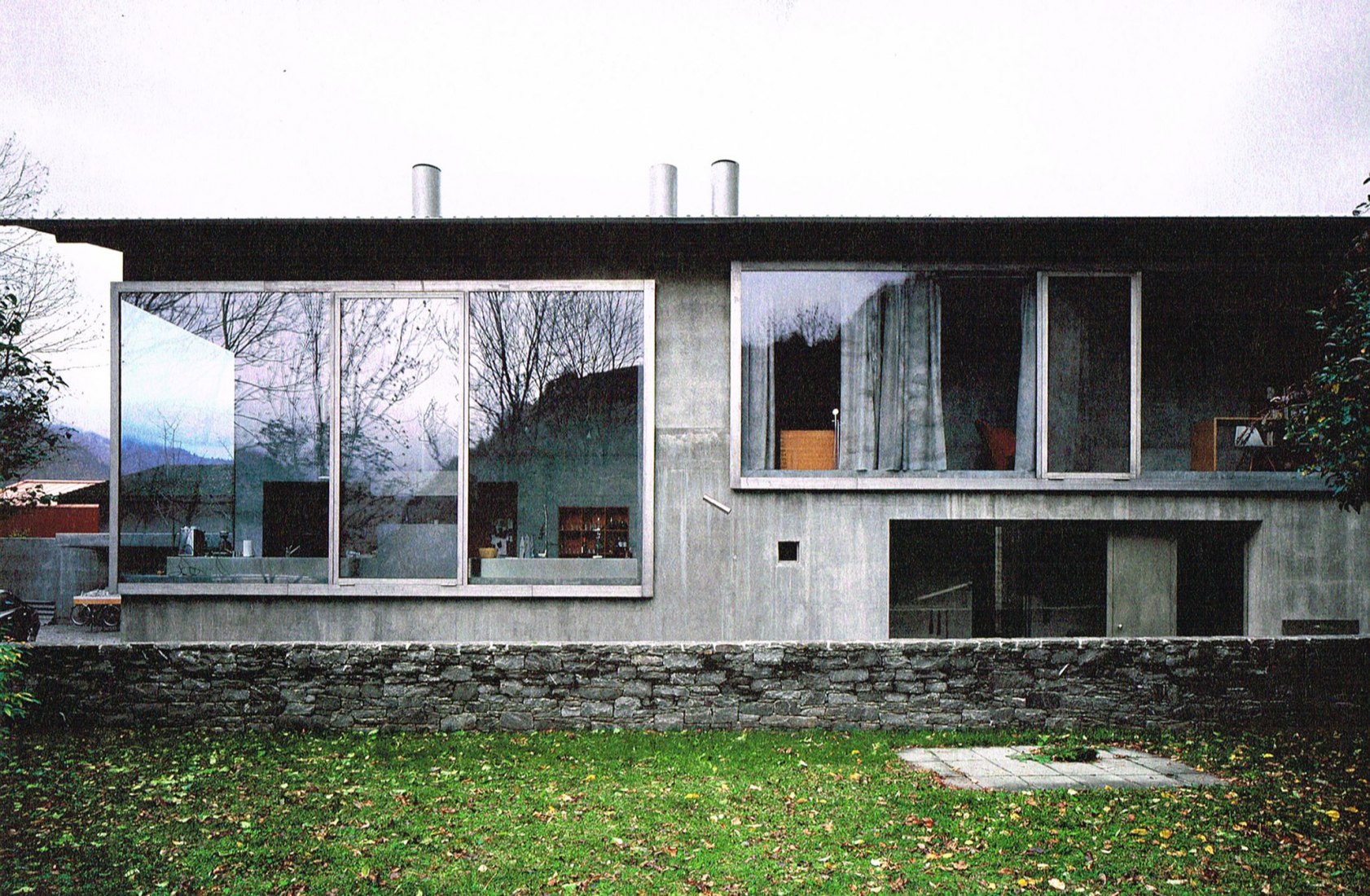 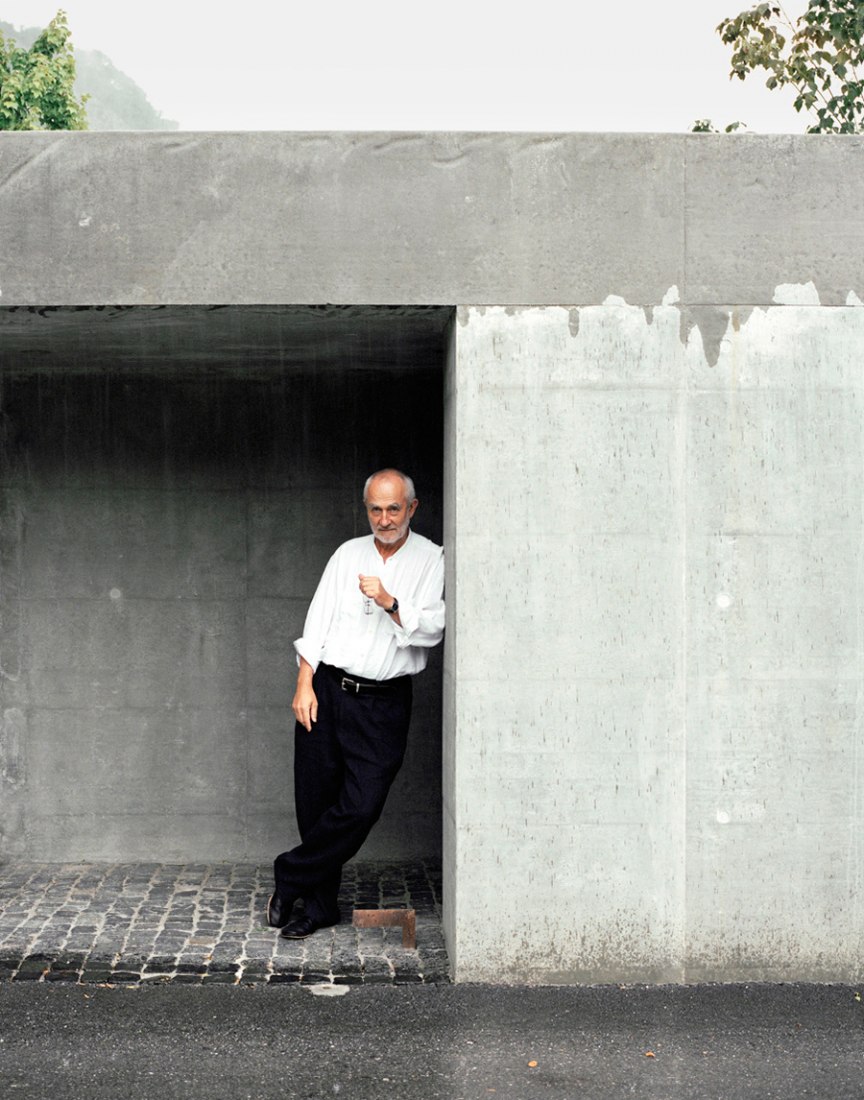 In contrast to what can be thought beforehand, it is not wonder that such a reserved architect as Peter Zumthor establishes the beginning of his architectural work in a creation for himself. His own design, reflexive and very sensorial process, contributes very special features, in as much relevant personal works naturally. Likewise, the selection of works that he makes for his monograph (2) begins with his own atelier made between 1985 and 1986 in the same place where he still lives nowadays, in the far north of Haldenstein.

The small village of Haldenstein is on the border of Switzerland with Italy, and it is his wife ́s, Annalisa, place of origin. Its landscape and lifestyle are those ones of a small and quiet Swiss village of 900 inhabitants surrounded by mountains and nature. By chance, it is also the place in which he erected his first building of new construction, in 1976.

Along with his first atelier, built in 1985 and 1986, Zumthor house – his current dwelling projected and built between 1998 and 2005- these spaces to work and share with his family are supposed to be a clear reflection of the recurrent and fundamental ideas. The architect ́s meticulous work until he considers that everything is alright, his sensitivity, and above all the aim of these works as the most important aspect, determines, therefore, his singularity and relevance.

At this time, in which the first of his works really chosen as his own, supposes for himself the end of his personal search, the freedom stage that he is able to finish and define his personality as an architect completely. He confesses that he had lived this period previously as a cabinet maker, characterized by a great sense of freedom in the same way 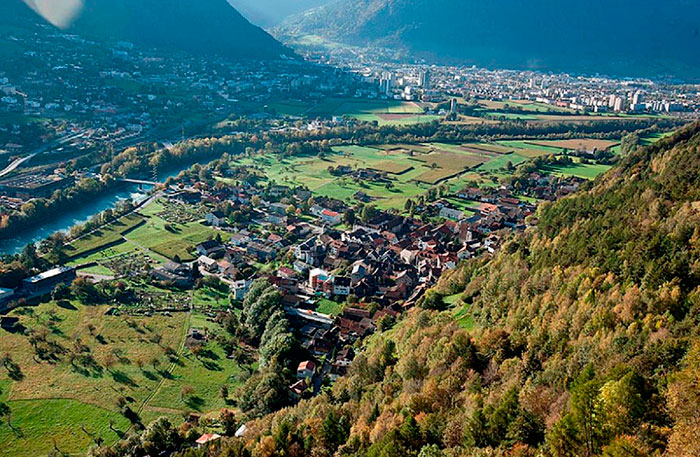 [Fig. 2]. Views of Haldenstein from the hillsides of its far north to the south. Source: churtourismus.ch.

Zumthor defines his first atelier as a more appropriate element for cabinet making than for the architectural construction, in which the facade is built with conventional frames of larch wood, looking for fineness and volume combination and emphasis at the same time. At that time, the most important way to define a contrary element to the traditional and rustic architecture, extensively used in the buildings that were erected. Therefore, it is a rest and clarity element.

In the design of the volumes and spaces of this first atelier, it can be appreciated the search for simplicity to fit in an agricultural community without standing out as a spectacular construction. He highlights the chosen materials for his atelier, in his definition, as the building relationship with nature awarding it spontaneity and belonging to the place: larch wood, ironwork arranged decoratively, oak in the pergola, bright fabric awnings, red tiles for the roof. 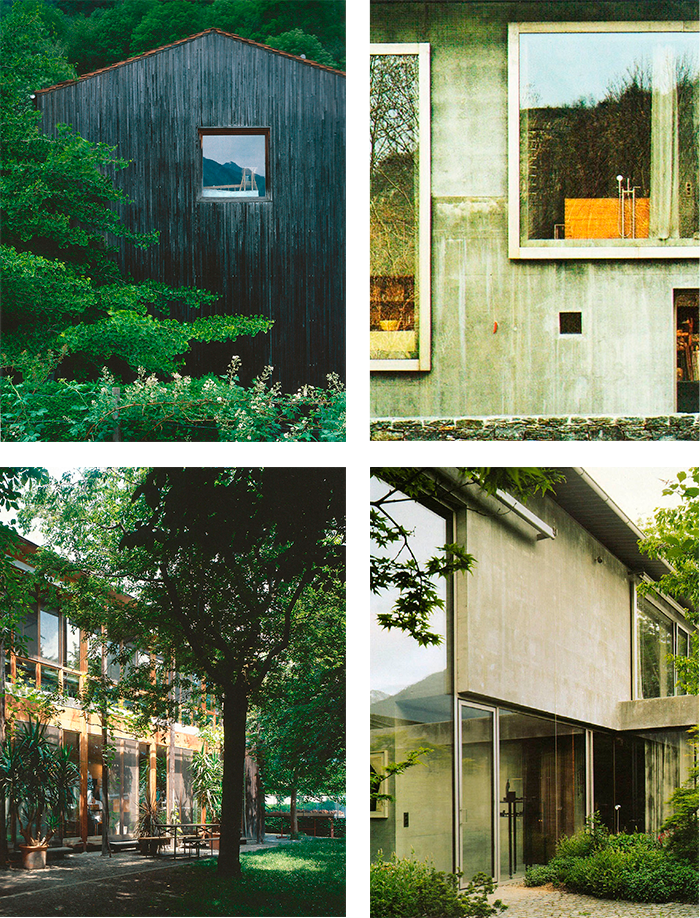 Some years later, specially in 1988 for the speech “An Intuition of the Things”, he explains that: “The sense that is tried to found in the material lies further than the composition rules, even than materials ́ tangibility, smell and acoustic expression, all of them language elements in which we ourselves have to speak. The sense arises when in the own architectural object is achieved to cause meanings of certain structural materials that only are noticeable in this object in this way.” (3) Obviously, the conjunction of those arranged materials establishing a simple volume has a certain meaning in which his personality is dealt exclusively with it.

Nonetheless, above his current dwelling, placed only a few meters away from the atelier, the concrete stands out more strongly, used as a stone construction in the house, and lined up with textile layers providing it with a light and bright and reflections grey colour at the same time. The roof is metallic and the outer glass spaces have grandiloquent dimensions. Furthermore, the use of wood shows the interior as an element of spatial quality rather than of skin, in comparison with the scarcest interiors in the first construction. With this project the environment identification is carried out by means of either buildings, meadows, gardens or hillsides covered with ashes. 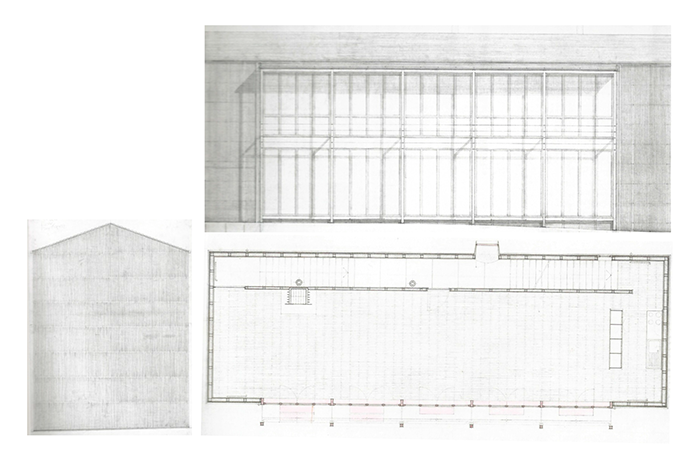 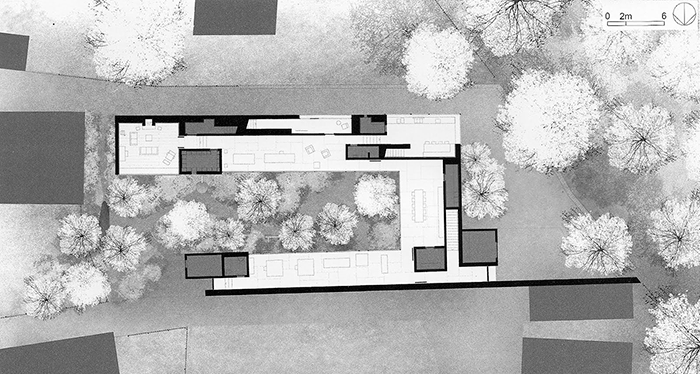 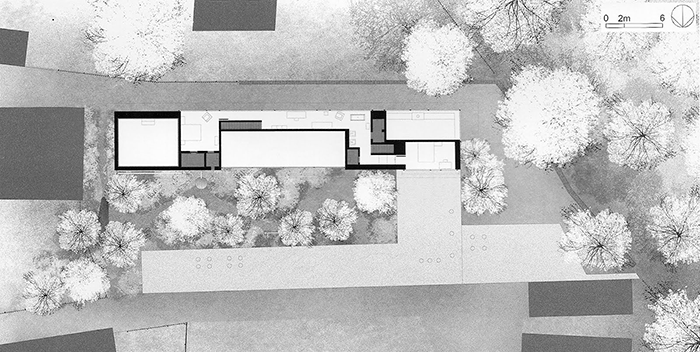 The structural and material differences between both works are obvious at first sight, beginning from the same skin. The material that gives his first atelier meaning is wood, treated with a cabinet maker ́s careful and delicate hands, while if we talk about his later dwelling, it is built with concrete as stone and in which it is played with superficial colour.

The built volumes talk about a change at the same time: ones are very simple, unit in the first case; in the second one, others more complex that are divided into three arranged parts as linear sequences, from the most private to the most public, interspersed with auxiliary elements, enclosing an interior patio more reserved.

The first atelier contains a plain and simple programme, made up of a living room on the ground floor that was related to the exterior garden, and a drawing room on the upper floor whereas there is a more private volume in his current house, with the kitchen and the family rooms on the ground floor placing the night area on the top floor, and a more public volume alongside with another of an only floor transition as work areas. A very importance piece in this programmatic jigsaw is his personal workplace that became the germ of the project, on the two occasions, in which everything else revolves around: his study is south-facing where he works back against a long wall. 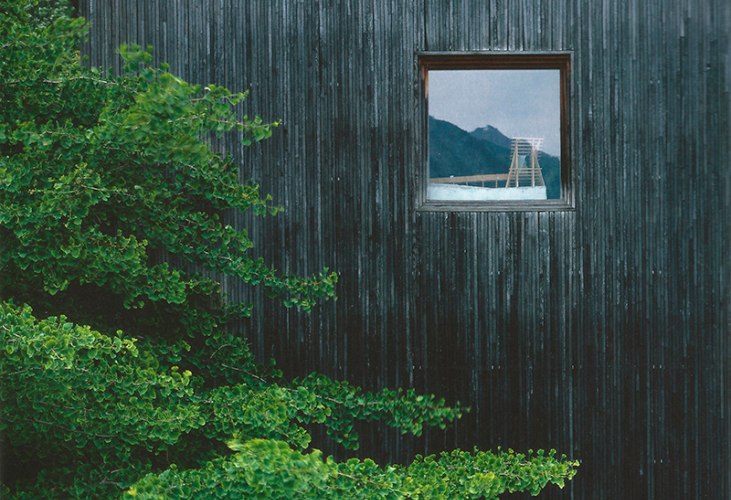 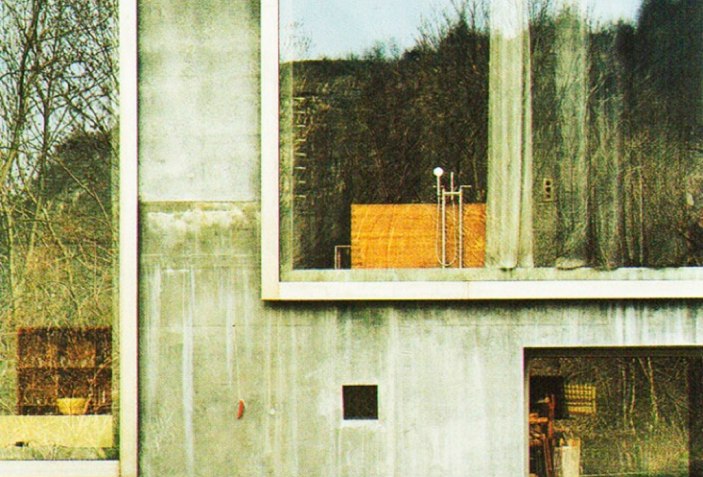 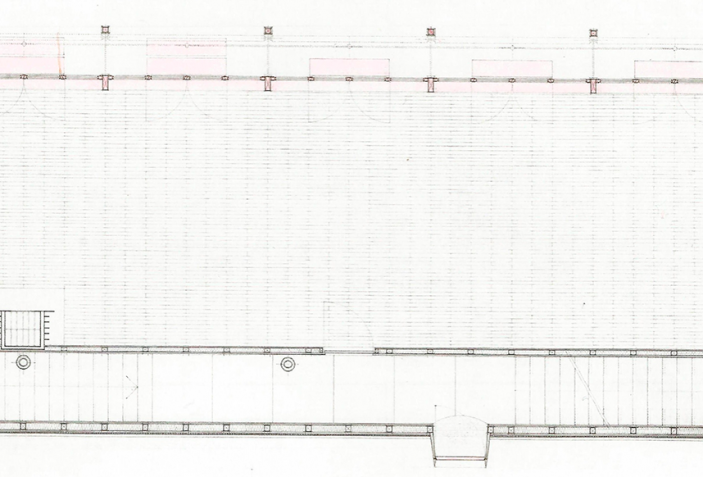 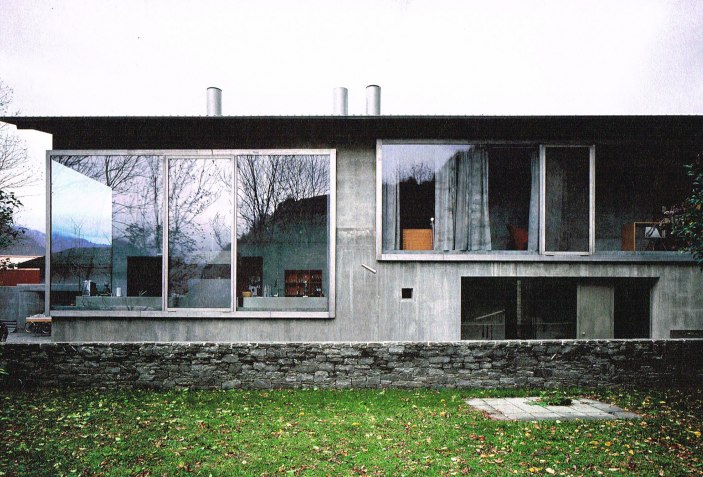 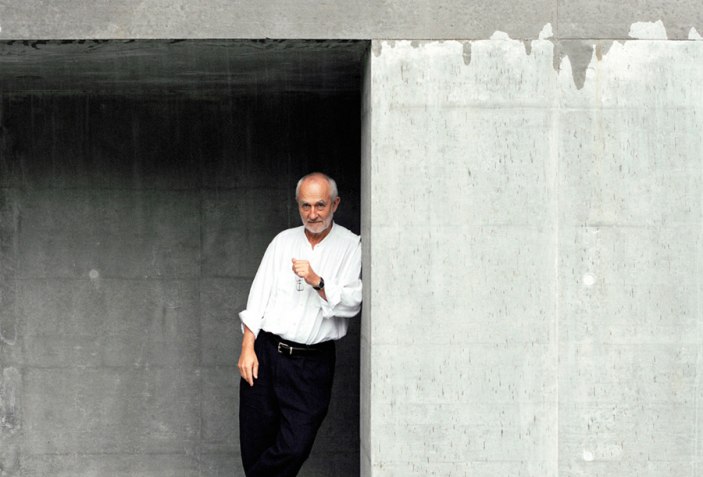 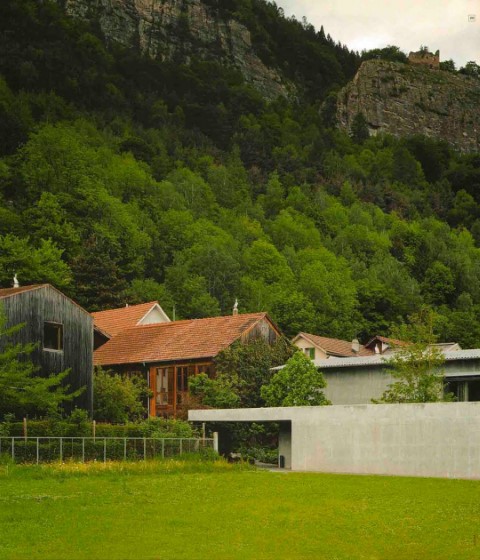 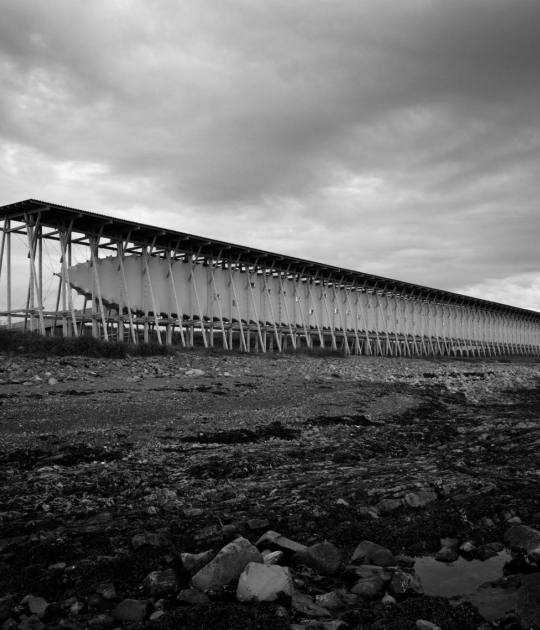 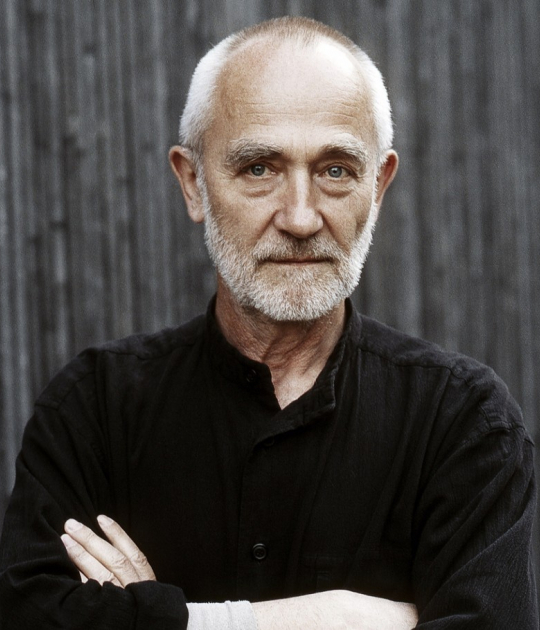