World Heritage Committee has inscribed 24 new sites to its list, as well as extensions to three existing sites, among which there is an extension of the Spanish Camino de Santiago. 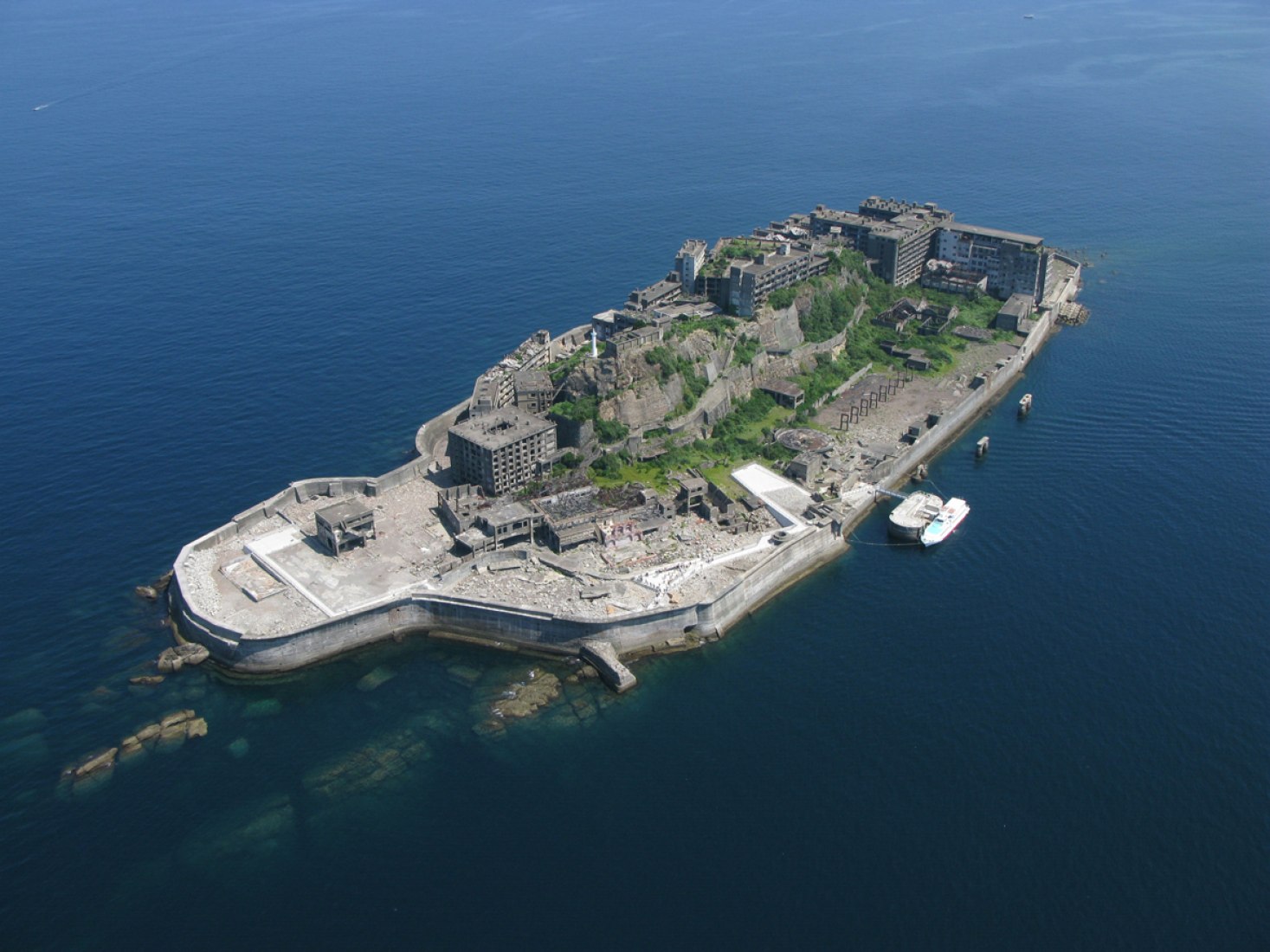 Aerial view of the Hashima coal mine. © Nagasaki Prefecture. 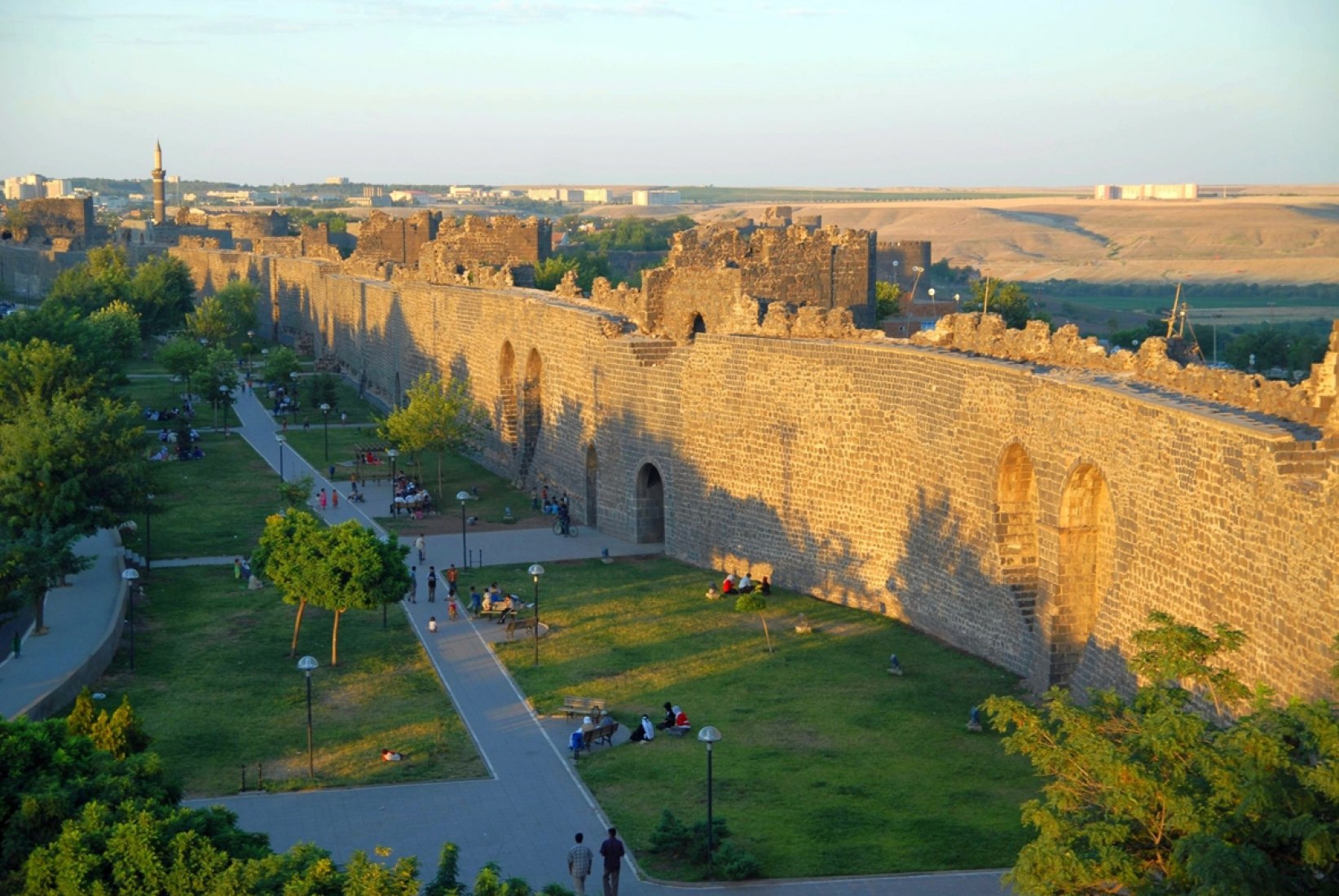 View from the inside of the fortress. © Diyarbakir Metropolitan Municipality. Author: Mehmet Masum Suer. 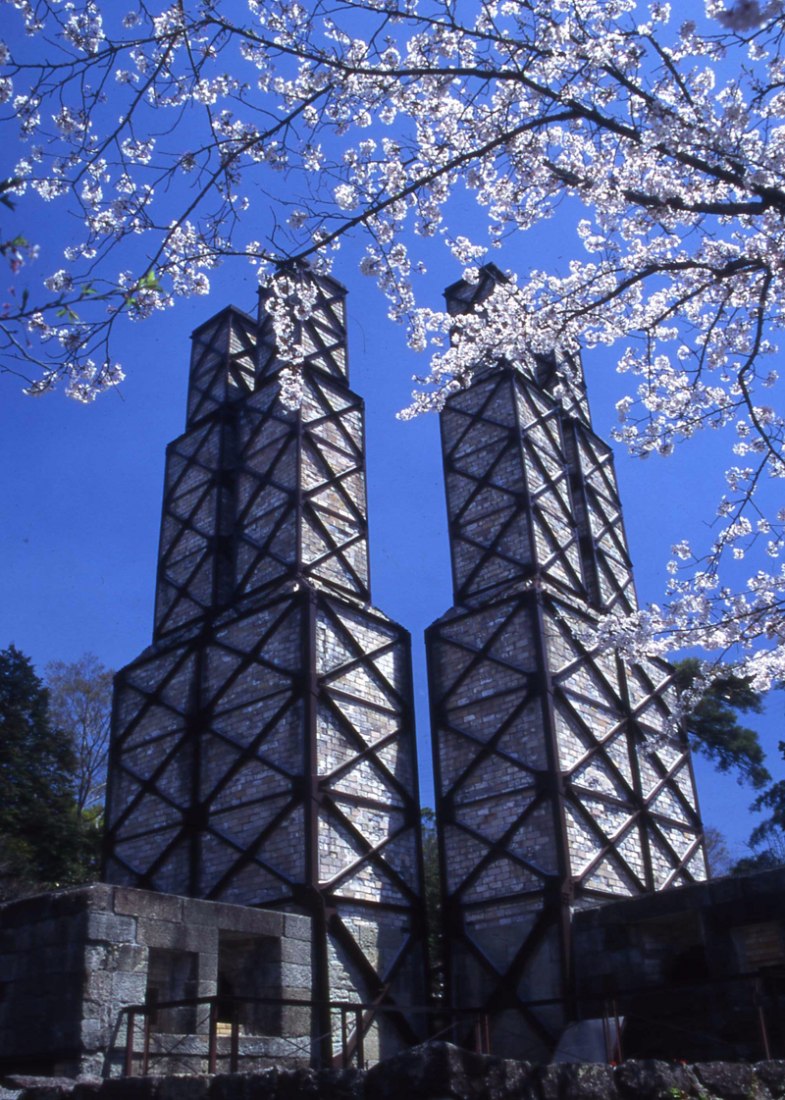 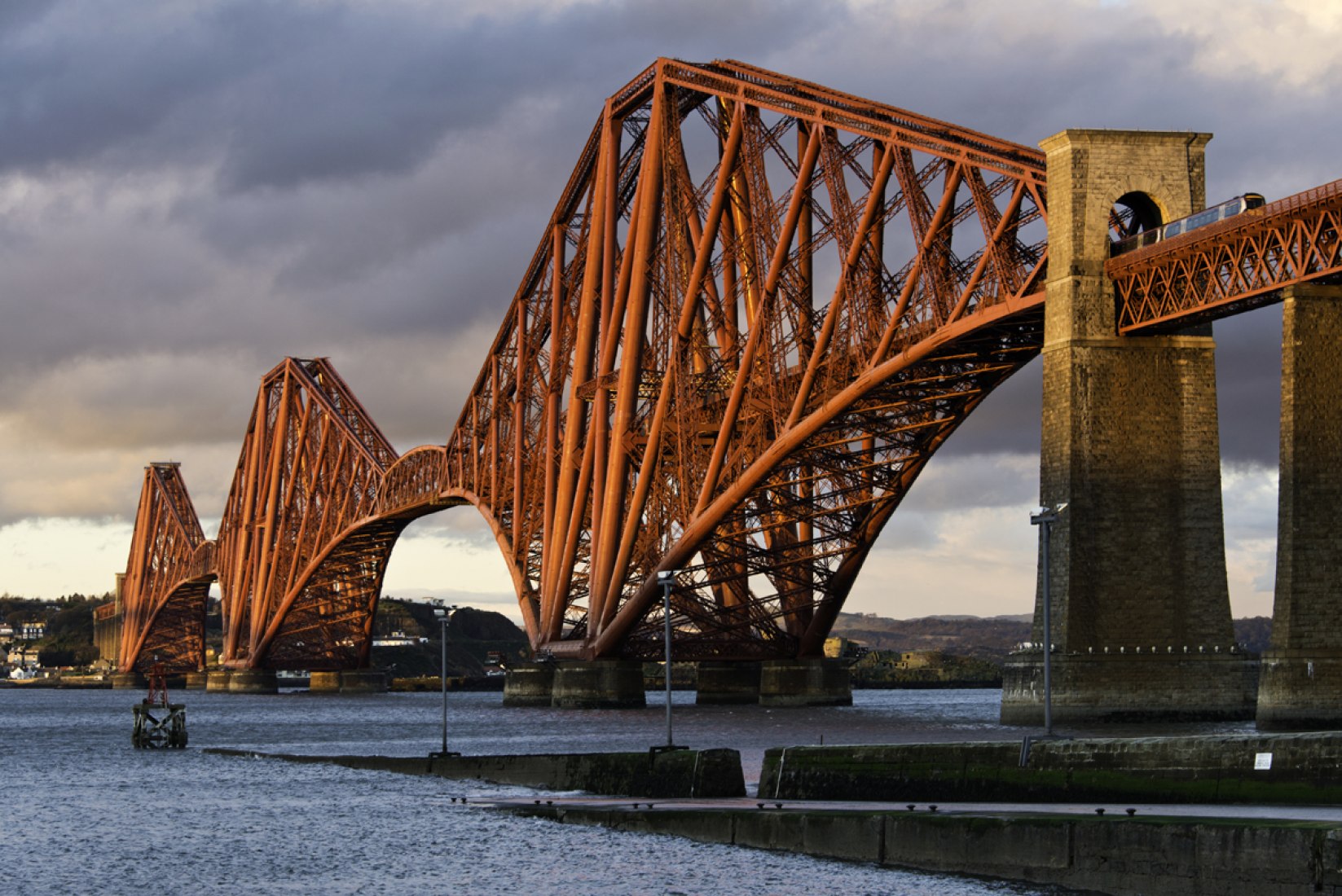 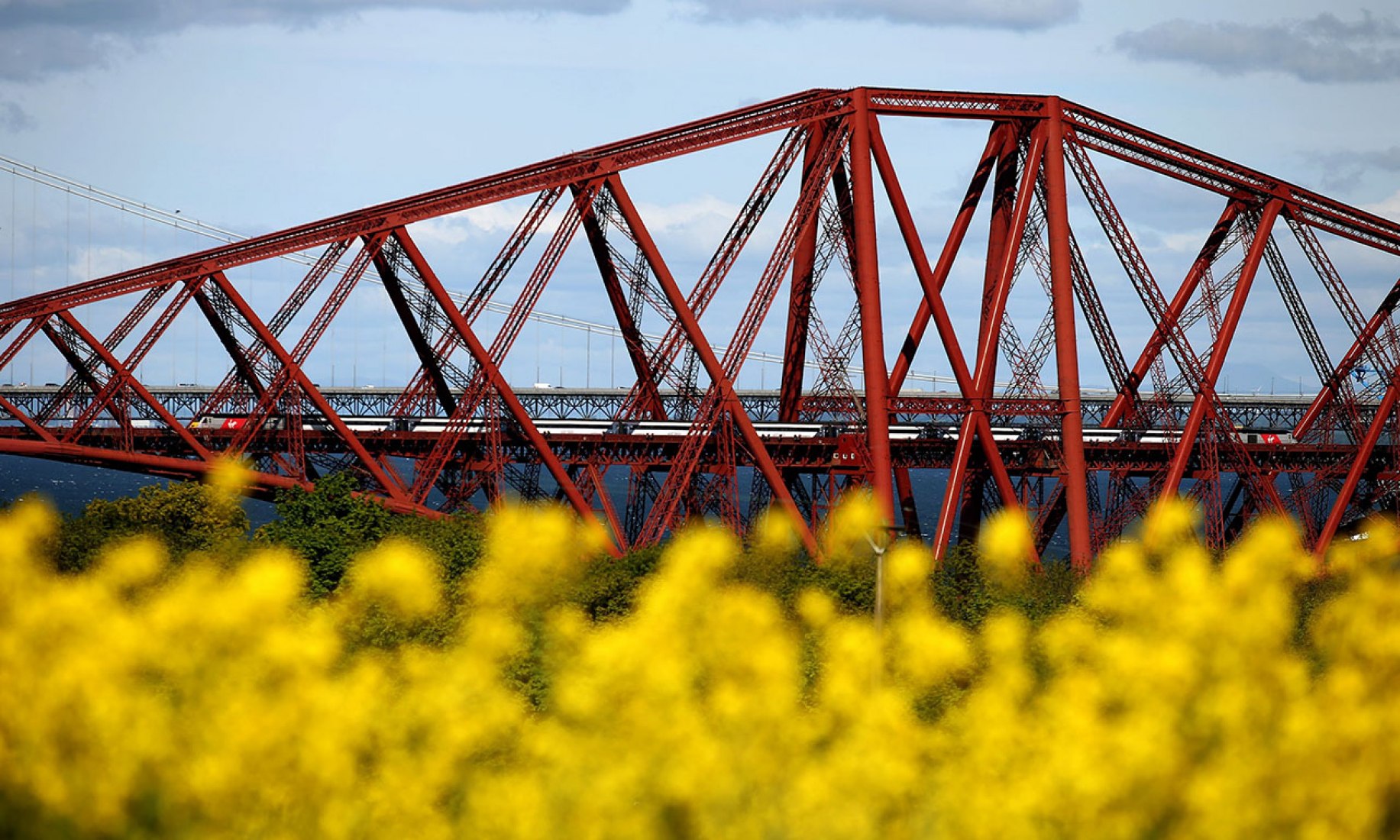 Detail of Forth Bridge in Scotland. Photography @ Andrew Milligan. Click above the image to see larger image. 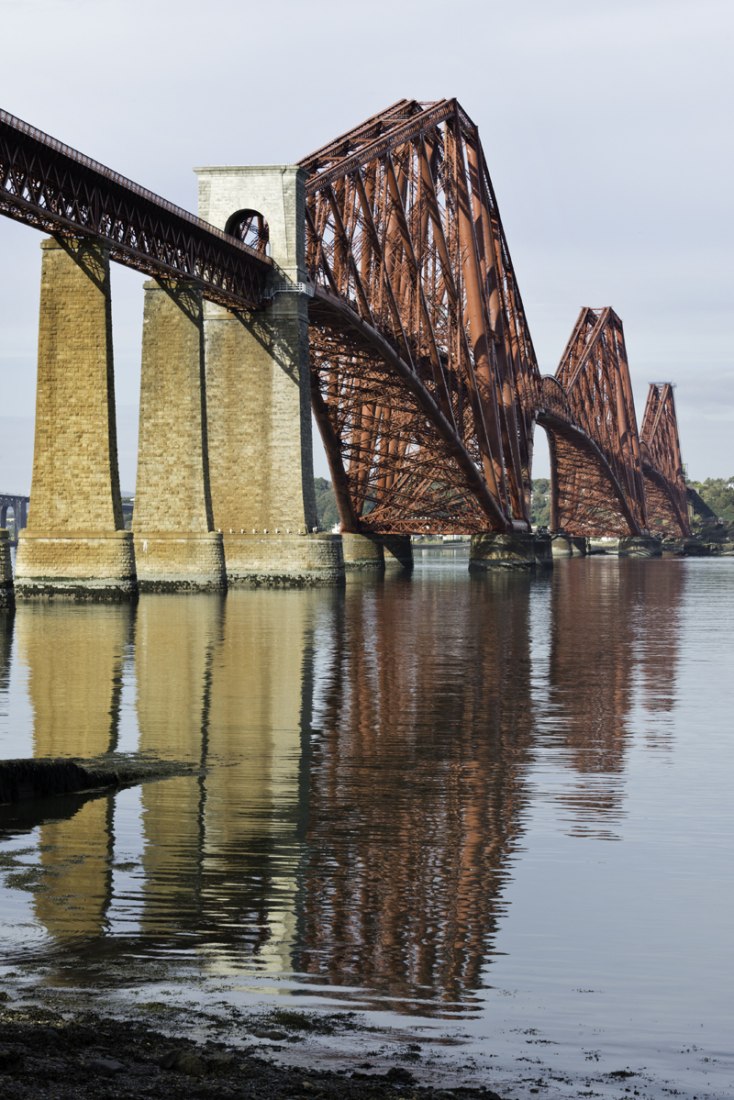 View of the Forth Bridge from South Queensferry. © Historic Scotland. Author: Duncan Peet. 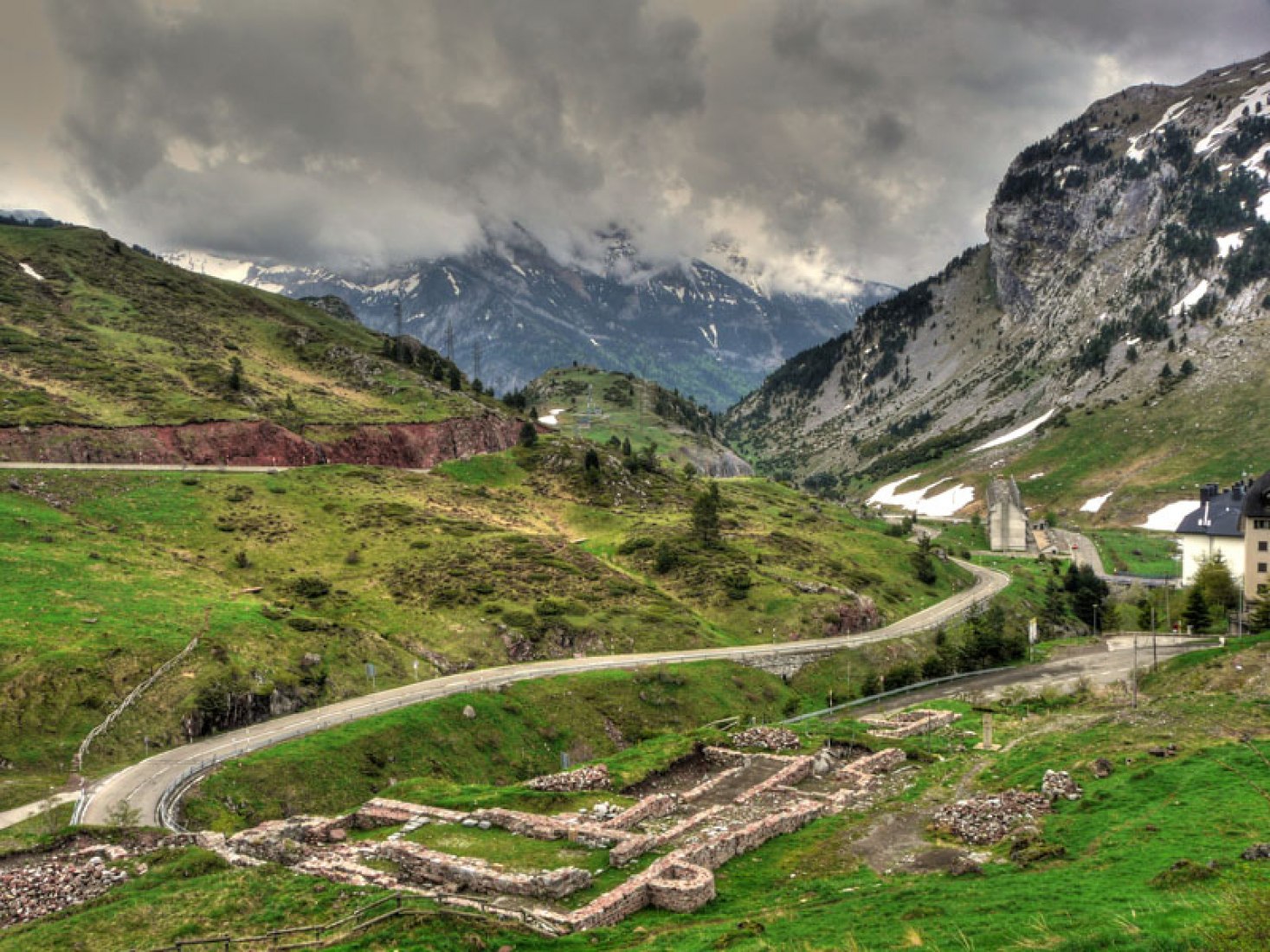 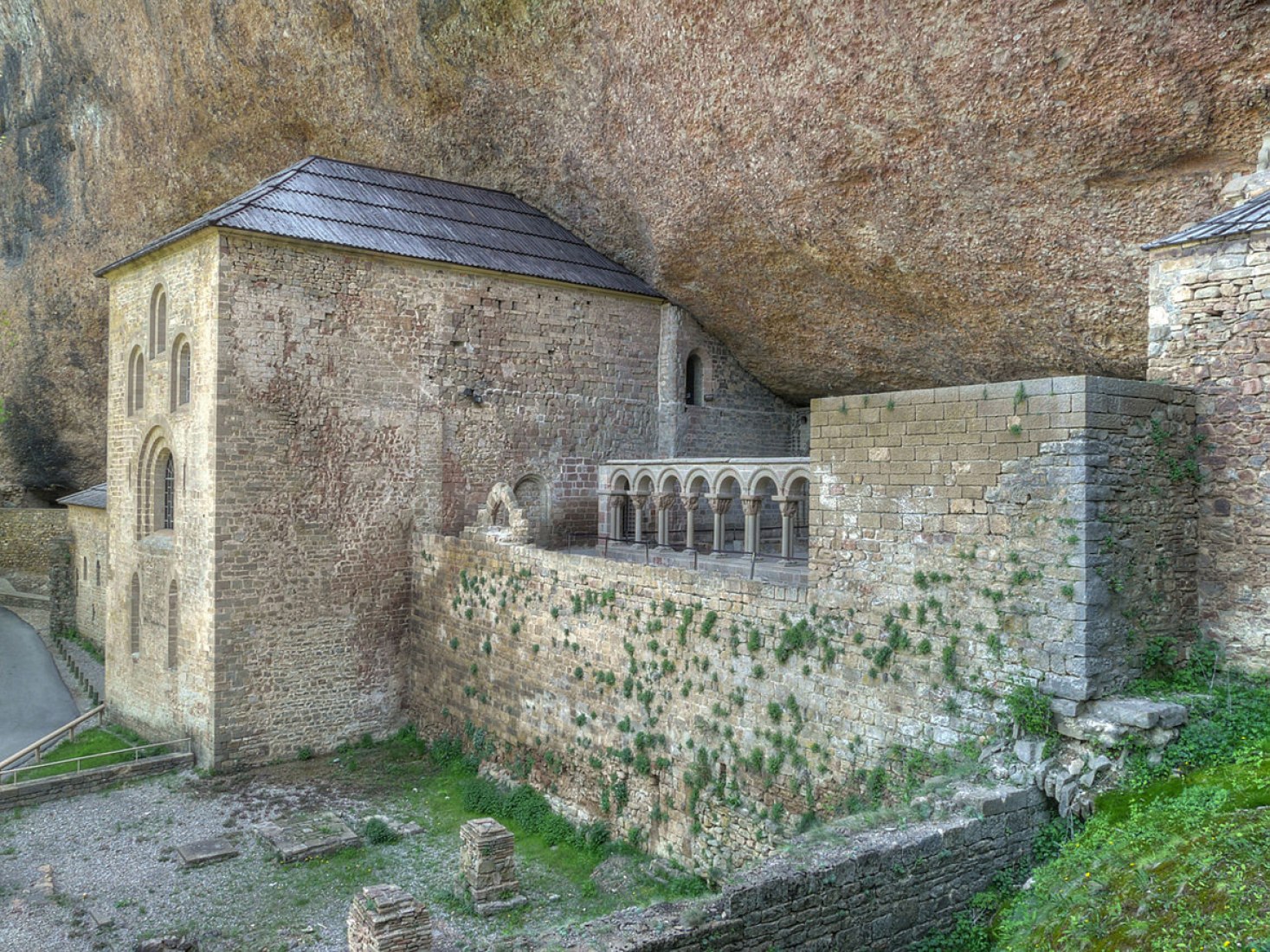 As we discussed in our last heritage article, the UNESCO approved the request of Hamburg for including the "Speicherstadt and Chilehaus with Kontorhaus District " in the World Heritage List. There are many other sites that has lately been included in this list. Here you have a small sample:

Sites of Japan’s Meiji Industrial Revolution: Iron and Steel, Shipbuilding and Coal Mining (Japan).- The site encompasses a series of eleven properties, mainly located in the southwest of Japan. It bears testimony to the rapid industrialization of the country from the middle of the 19th century to the early 20th century, through the development of the steel industry, shipbuilding and coal mining. The site illustrates the process by which feudal Japan sought technology transfer from Europe and America from the middle of the 19th century and how this technology was adapted to the country’s needs and social traditions. The site testifies to what is considered to be the first successful transfer of Western industrialization to a non-Western nation.

Diyarbakir Fortress and Hevsel Gardens Cultural Landscape (Turkey).- Located on an escarpment of the Upper Tigres River Basin that is part of the so-called Fertile Crescent, the fortified city of Diyarbakir and the landscape around has been an important centre since the Hellenistic period, through the Roman, Sassanid, Byzantine, Islamic and Ottoman times to the present. The site encompasses the Amida Mound, known as İçkale (inner castle), the 5.8km-long city walls of Diyarbakir with their numerous towers, gates, buttresses, and 63 inscriptions from different periods, as well as Hevsel Gardens, a green link between the city and the Tigris that supplied the city with food and water.

The Forth Bridge (Scotland).- This railway bridge spanning the estuary of the Forth River in Scotland is the world’s longest multi-span cantilever bridge. It opened in 1890 and continues to carry passengers and freight. Its distinctive industrial aesthetic is the result of a forthright and unadorned display of its structural components. Innovative in style, materials and scale, the Forth Bridge is an important milestone in bridge design and construction during the period when railways came to dominate long-distance land travel. 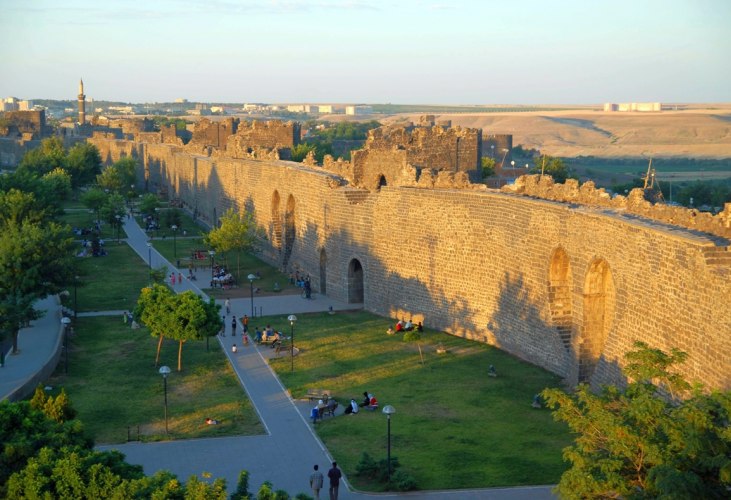 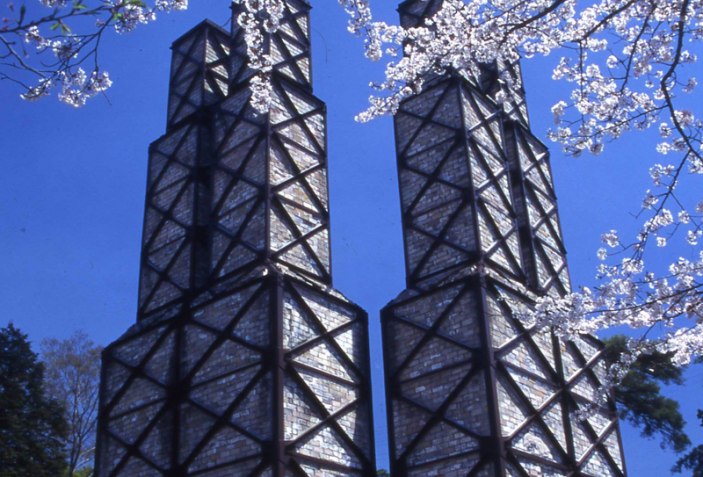 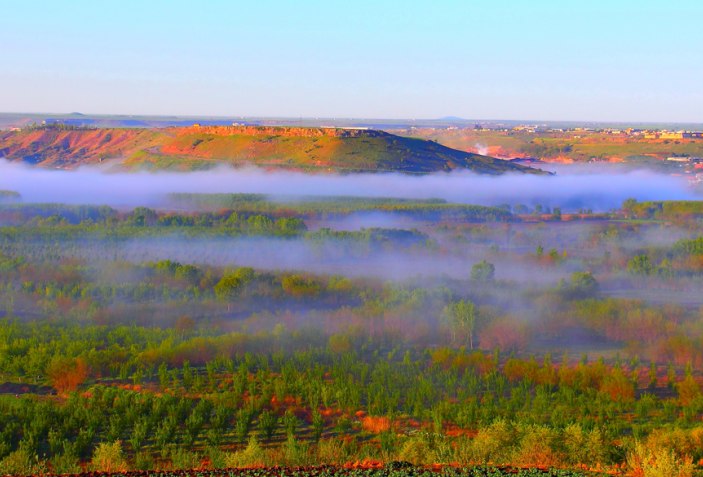 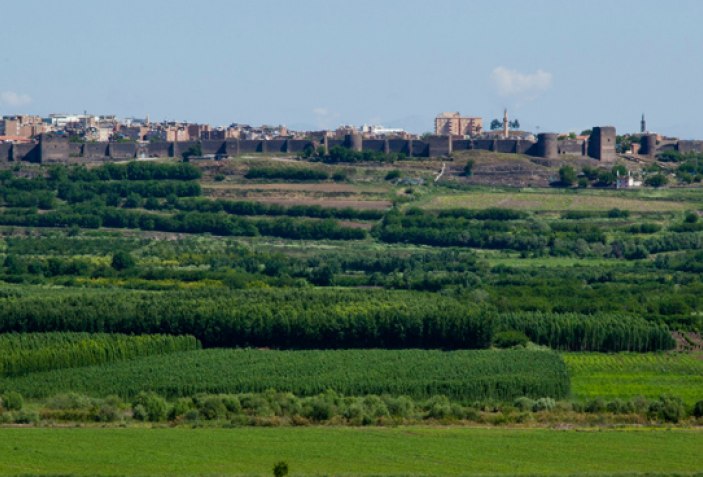 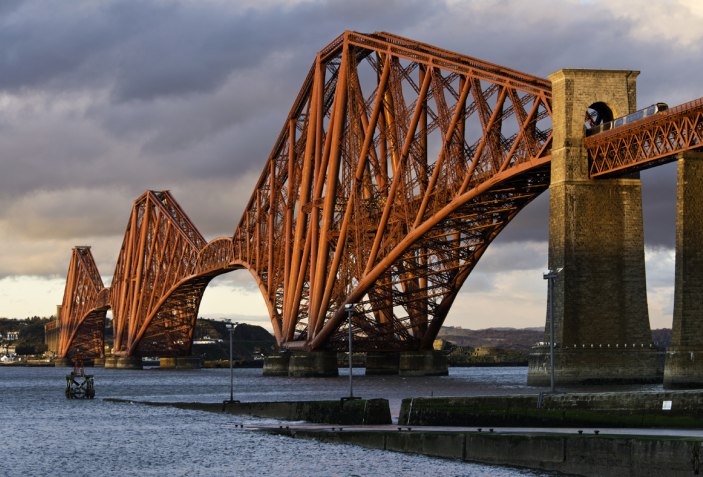 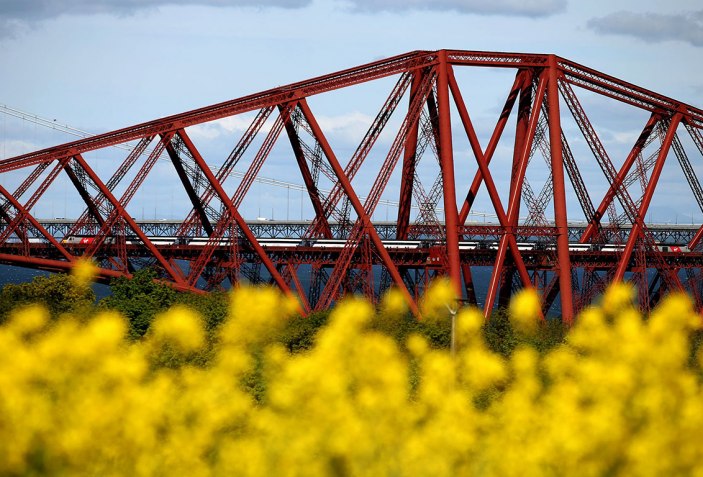 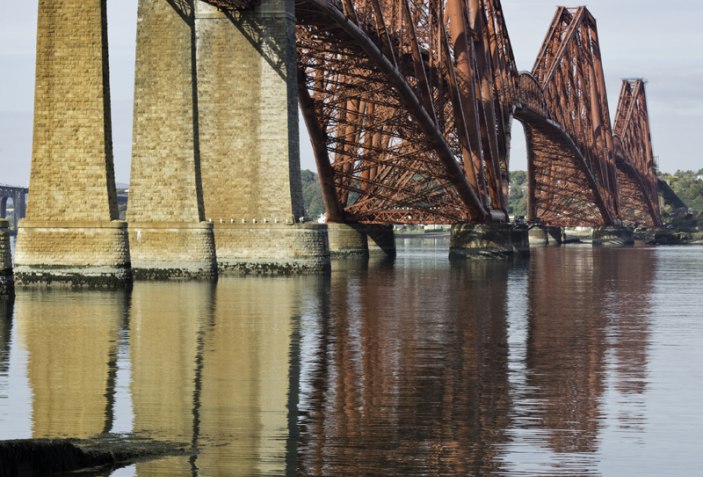 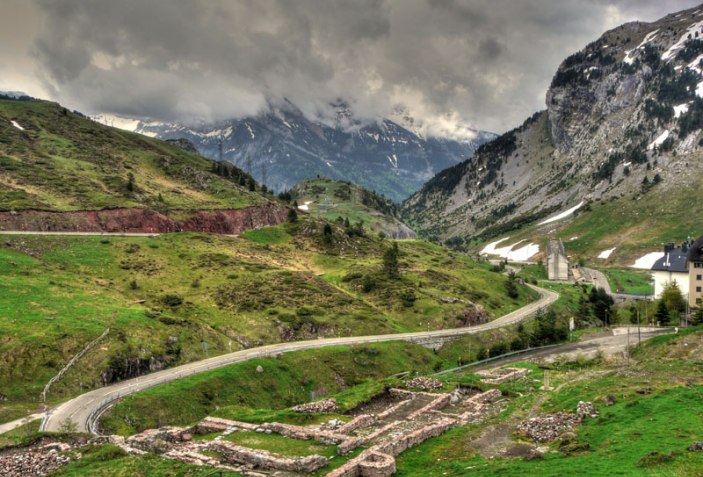 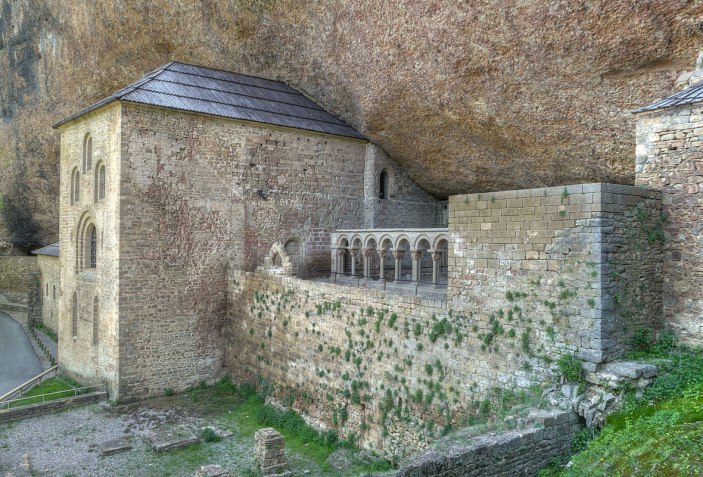 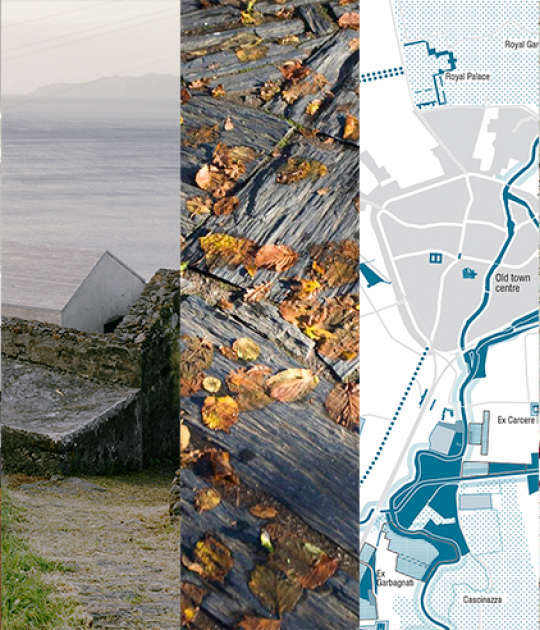 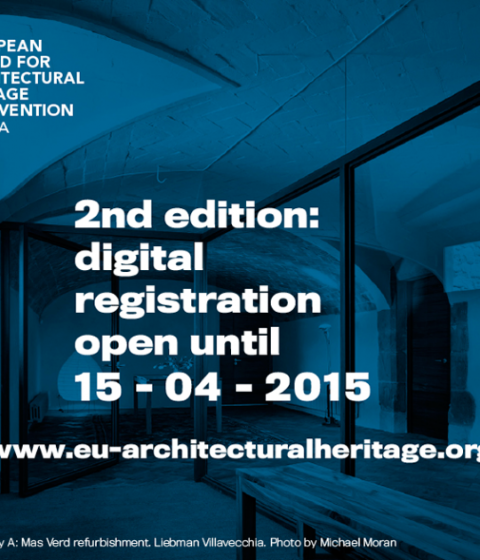 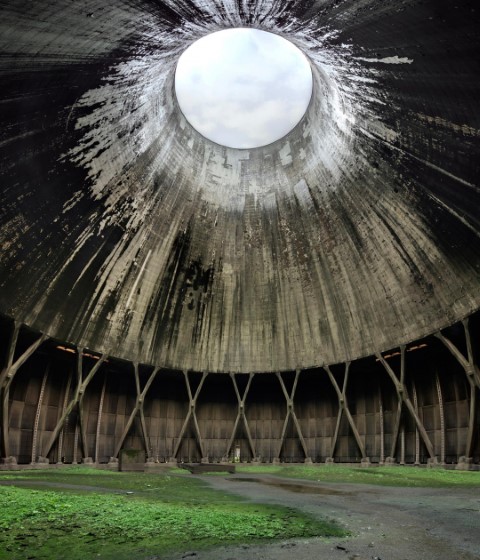 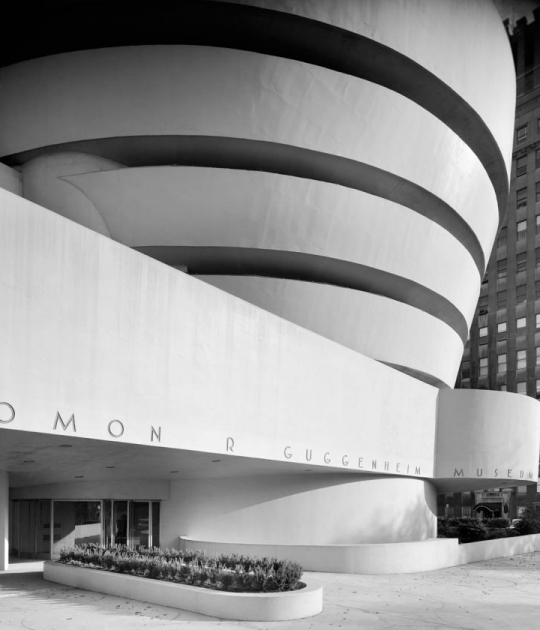 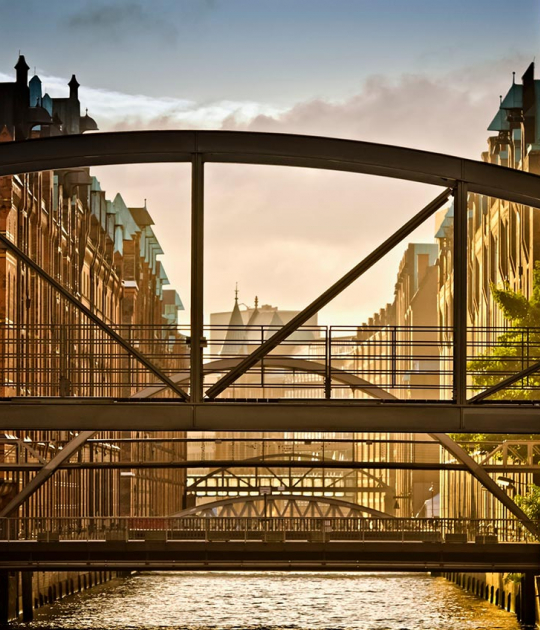