Trying to ignore or not mention that this is the year of China, would be as exhausting as giving an opinion without a critical reflection. Therefore, given that there will be those who do both of these. Without renouncing a look at this great country, one would have to look at it as the most explicit reflection of our dreams and nightmares.

In our case having the opportunity to look, through the window that the Olympics offer us, in order to understand what is happening with its architecture and urban planning is almost a process of synthesis of what also happens in other parts of the planet on a smaller scale. The fact that almost a third of the world population is asking for a ticket to gain access to the conditions of development of the Western world only provides evidence that there are too few of us who are enjoying these conditions. All that is happening with rapid Chinese development is that our bad dreams are turning into nightmares on the scale of its population.

Scale is the concept which can perhaps most help us to understand what is happening with the urban and architectural transformations of this country. The fact that José Manuel Ballester's exhibition on China was called “Hyperarchitectures and Hyper-deign" is not a quantitative matter but a clearly qualitative one. The proposals produced there are large, physically speaking. However it is more because of the number of proposals which are produced at the same time, the number of requests that are made and the number of solutions that are given.

The number of specific solutions given to problems in the existing city is as surprising as its sweep and definition or its "ex novo" design. The new Chinese cities basically look for the brand image of the new economic power which the country represents. We need only remember the proposal for the circular city for Pudong in Shangay by Richard Rogers and his frustrating failure when it came to carrying it out, but let us remember that the image that the property developers of China take as a reference is the image of the cities of power and glamour in the second half of the twentieth century. I would clearly rather there be emulation than imitation. However before looking down on them, it is a good idea to look at all we have done with our coasts and urban contexts without messing up our hair. A little selfcriticism wouldn't do us any harm.

In contrast with this, there are those who speak immodestly of irresolvable problems, who say that one has to do what the client wants, in this case the great Chinese client. Perhaps we will have to accept whatever we see this summer but is advisable to remember that the client cannot always be given what he wants. If each of the two thousand million Chinese wanted a small house on the Chinese coast (with dimensions which are obviously finite and not fractal, speaking on a human scale), they would only have a few centimetres, only counting the net space. On a small scale, errors of calculation are sometimes imperceptible. On a large scale they would become terrible dramas and we cannot afford them.

The impossibility of giving these type of solutions, as we are accustomed in the West, would probably make progress, on seeing that the solution does not lie in how to do what we do better, but how to do things differently.

China in "detail" is not showing us new models, models which are in fact the repetition of ours on a larger scale and at different times. Perhaps this is what is least interesting. However, without trying, unconsciously, the change in scale which a larger proposal produces, the high concentration of these, their accumulation, repetition or grouping, cause them to become and be perceived as something different and they really are something different.

The idea that the figure depends on the background and that its perception changes, varies and mutates when its size increases, creating a new background, i.e. turning the background into a figure, is as contradictory as it is exciting when we see it crystallized in the new buildings and cities of the Asian giant, the Giant.

Mendelsohn's two trips, or rather the photographs of his two trips to the U.S., reflected a state of stressed construction in a new continent which, to a great extent, conditioned the future of European proposals, starting in the twenties and continuing throughout the entire twentieth century. The proposal of mural by El Lissitzky for a sports centre in the old Soviet Union succeeded in mixing Mendelsohn's electrifying image of the neon signs in Broadway with an image of a sportsman jumping; the image of a new urban situation illuminated by the technology of its neon signs and the idyllic image of a sportsman in a hurdle race, could well represent the pole vault of Chinese society over the CCTV building. What comes next remains to be seen, if it will be a nightmare leading to insomnia. In any case it will all depend on us. 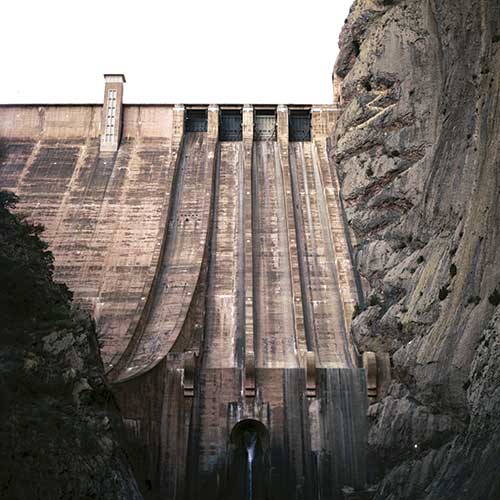 THE SCALE OF THE LANSCAPE. EDOUARD DECAM 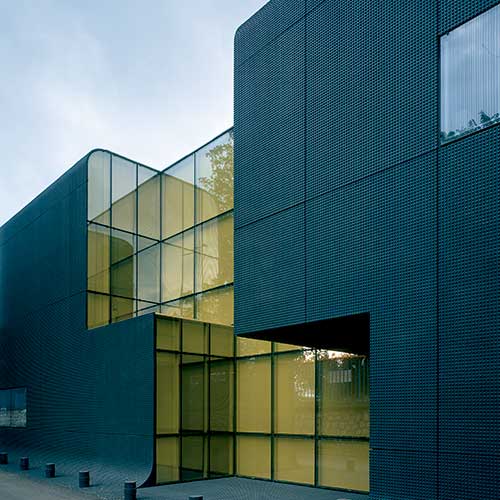 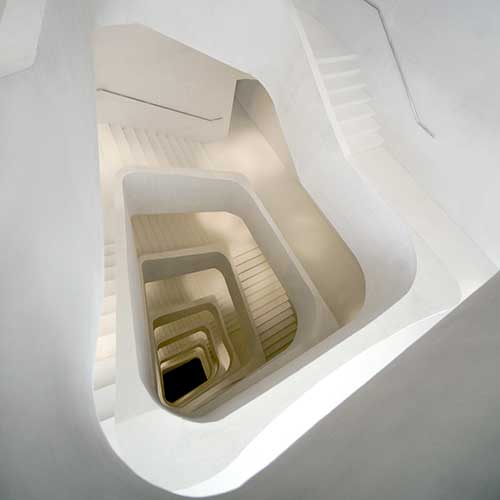 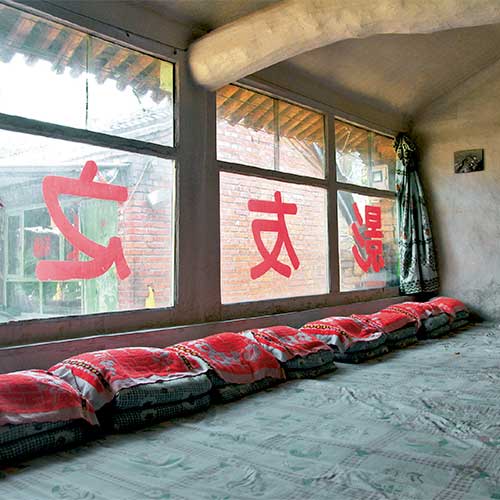 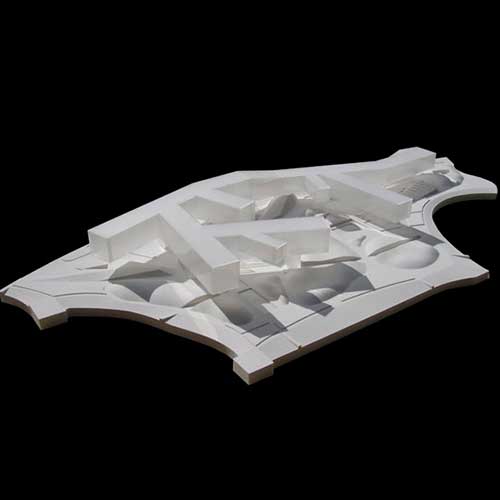 A HORIZONTAL SKYSCRAPER FOR THE VANKE CENTER". STEVEN HOLL ARCHITECTS 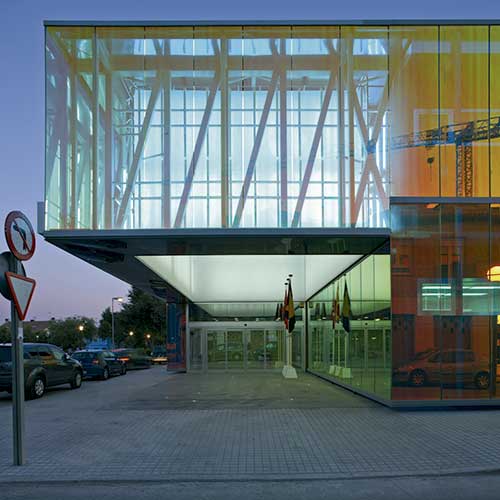 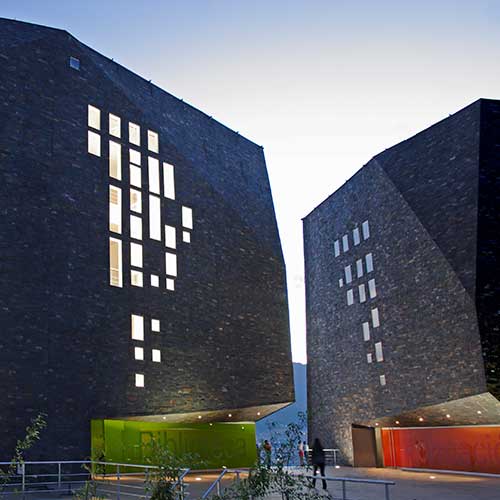 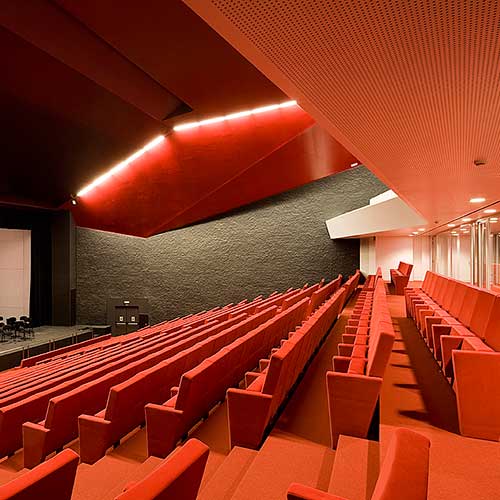 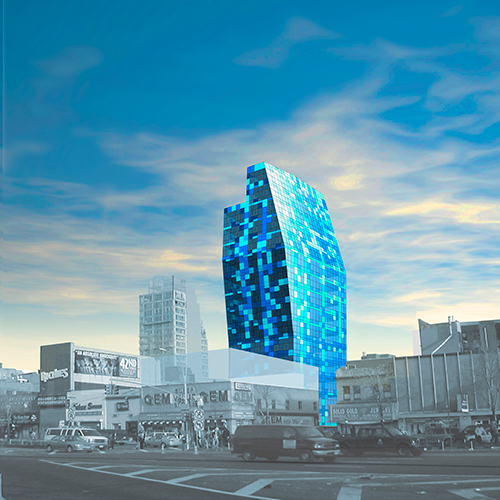 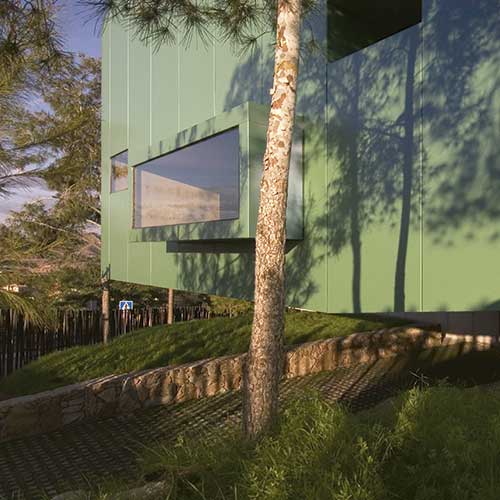 HOUSE OF THE PINES. JAVIER PEÑA 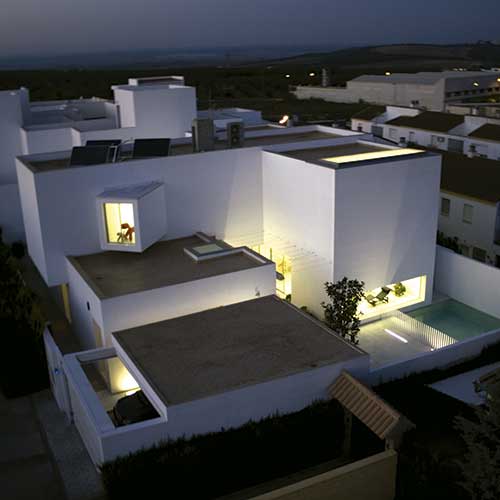 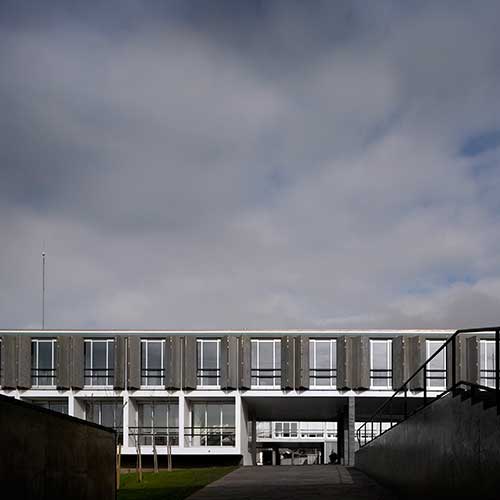 TAA.01. City of the mirage: Baghdad, from Wright to Venturi - Pedro Azara 156