Suppose that we transport ourselves to the top of the highest building in our city… This aerial view establishes a feeling of distance and transform a poisoned world into a text that can be seen with reader’s eyes, because this visions transforms itself into a point that observes and examines, that is to say, they will get the vision of knowledge.

The vision wich is transparent, invisible of the uncontainable “city of labyrinths, converts itself into something simple when it is translated into the spectator’s eyes.

Later when we go down the street we’ll fall again into the confusion o the masses in agitation that live but are blind. It is difficult to descend from the tower and to be below when the vision from above is almost superhuman, when that vision allows us to approach knowledge, it facilitates receiving a chromatic view that allows the spectator to understand the complexity of  the city and transform the opaque mobility of the streets into a legible text.

Using a phenomenological approach, this vast tissue of below, is something more than a representation, than a visual artifact, that something analogous to the facsimile made by a town planner or a mapmaker, who views the city from a distance.

The city as a panorama is a “theoretical” mirage, that is to say, it goes beyond the visual. It is an image, which just like the hologram, can only emerge when the immediately previous vision of reality is forgotten and distorted.

However, the normal users of the city live below, beyond the limit where visibility ends. Their life is an elementary form of it text; they are walkers, the vagabonds, in the best sense of the word, who write the urban text but can not read it, they use the city, they live and play in places which are transparent, invisible: they have a blind familiarity with these places, like the familiarity between the bodies of lover.

Although it is indifferent that we find traces or lines of understanding in this tangle-town of interwoven lines, the town planners with their scientific lines will be reduced to mere attempts to decode them globally.

Everything, which is involved with the organization of the city, occurs in accordance with apparently fortuitous situations and out interventions will be partial like those of a surgeon.

For that we must be able to see the traces of this movement, of these mutations, traces which united form a history composed of fragments of flight paths and of spatial transformations.

The city, which is different for each spectator, and is only visible by the accumulation of fragments, generates surroundings, points of tension and provocation that some consider imperfect.

That is to say, the movement of the generative process of mixing, interconnection and two-way relationships of the rest of the sciences and thougt, must also take place and serve as a base for the development of the interpretations and ways to operate in architecture.
We will devote ourselves in the issue of Metalocus to following the trail of the city, of architecture by re-reading, re-visions and re-interpretations.

Leo Bassi is an international showman with the prizes OBIE of the Off Broadway 1989, “Stern Jahres” 1996, the best actor of the year “festival de la performance de l’acteur” in cannes 1997.JJ Barba y José Coca

J.Coca is an architect in Madrid and professor in the university of Madrid (ETSAM)

“The room as I toucht it”. Exhibition in the Marie Walsh Sharpe Art Foundation, April 1999.

A suggestive re-visualization, re-interpretation of a space. Present a big site-related construction that is based on his own bedroom.
Isidro Blasco is an artist, lives in NY, he exhibited in Mexico, Italy, France, Bulgaria… New York, Atlanta… Madrid, Alicante, Valencia… Galleries, Arco ’98.     26

“White towers, Break up and composition” The text investigates, re-vision of the most important building more special and “unknown” of Madrid city.

Patricia Bracco is architect by university of Cordoba (Argentina) with studio in Madrid, investigates in the university of Madrid (ETSAM).

“Three projects by Peter Eisenman” Three projects of re-contextualization of existing elements, from the proposal about area and project planned by Mies Van Der Rohe’s for the campus center of I.I.T. Until the proposal for the new “forums” for meeting points for our society, in Arizona and Arkansas.

Peter Eisenman is an Architect and educator. He was the founder and former director of the institute of Architecture and Urban Studies in New York City from 1976 to 1982. He has taught at universities of Cambridge, Princeton, Yale, Harvard, Illinois and Cooper Union in New York. Author of different books (house X, Houses of cards, Moving Arrows) and essays. Publishes, constructs, and gives lectures all over the world.

“Sounds by Kandinsky. Klänge” A process of re-discovery, disturbing interpretative analysis of the relationship between music and painting, between movement and perception, between the stable and the ephemeral.
Mª. Teresa Muñoz. Is Doctor of Architecture, Master of Architecture by university of Toronto, a permanent professor in the University of Madrid (ETSAM) and inviteds professor al different International Universities and autor of different books (Zevi, Historia de la Arquitectura Española Contemporánea 3 volume…) and essays.

“5% off city” Urban proposal of Kyoto (2nd prize future visions of Kyoto, It was judged by Tadao ando, Rem Koolhaas) and “Social Grazes” A proposal in London, proposal for re-reading and urban re-definition.
Jason Griffiths is an architect with studio in London and is a professor in University of London (The Barlett School of Architecture)

“Movement notation”. An investigation of the transcription, codification of movement for later reading and interpretation. Coming from methods used in dance and aiming her overflow in architecture.

Fernando Quesada is an architect, investigates in the Columbia University of New York.

“Process of Hybridization”. This project is the first Europan prize for Barakaldo. It shows a proposal of urban re-reading , of hybridization. This proposal is a system of transformation with phases, wich both correlate with each other and are independent. A hybridized landscape, the urban hybrids, a domestic hybridization.

At present “who search” are possibly acrobats without a net, but I believe that the need for a purely forward looking search, the need for self-questioning, the palpable evidence of new situations, the verification of new views from within architecture (endo-architecture), from inside the city, the constant need for reflection, criticism and approach to new social parameters, it will perhaps have the cost of the academy not wanting anything to do with it, but only the verification of new situation will allow the end to only be the pause before a new beginning. 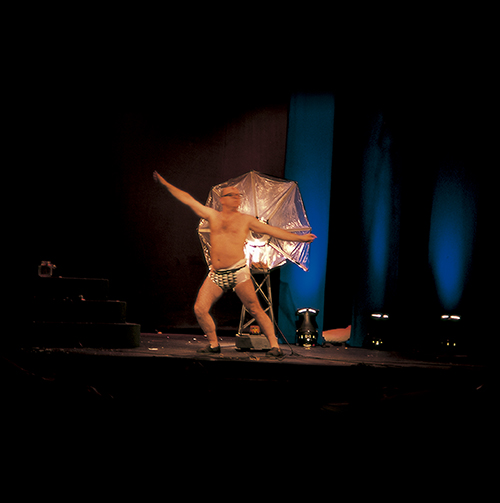 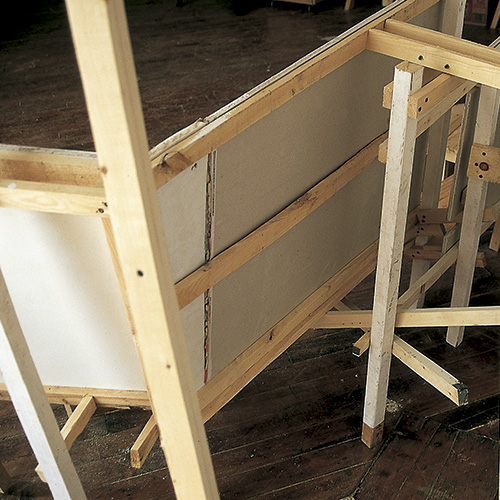 THE ROOM AS I TOUCHT IT. ISIDRO BLASCO 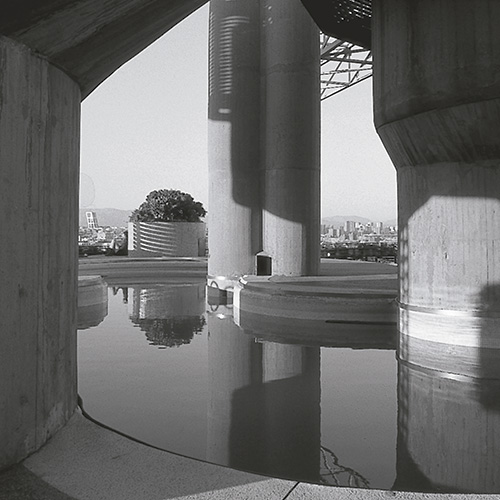 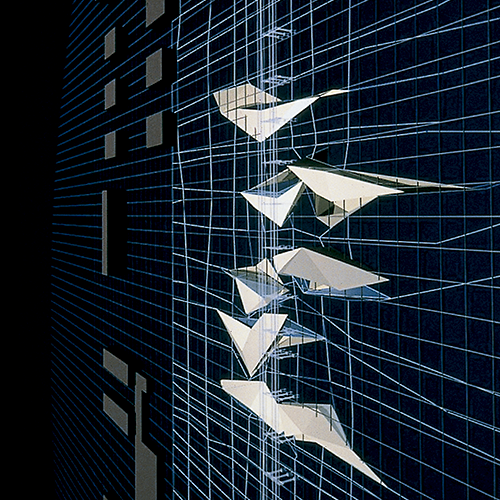 CAMPUS CENTER OF THE ILLINOIS INSTITUTE OF TECHNOLOGY. EISENMAN ARCHITECTS 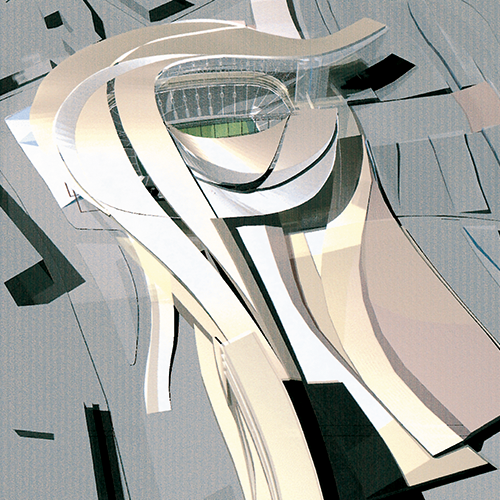 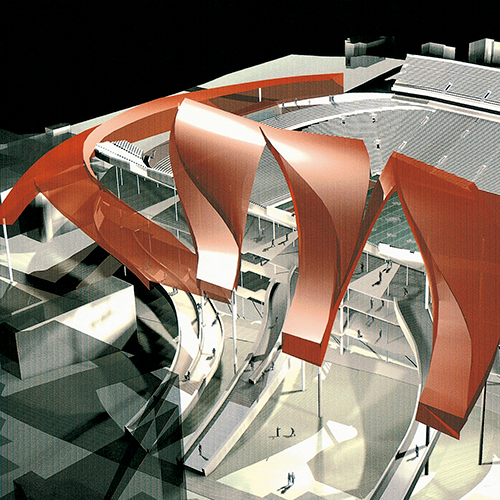 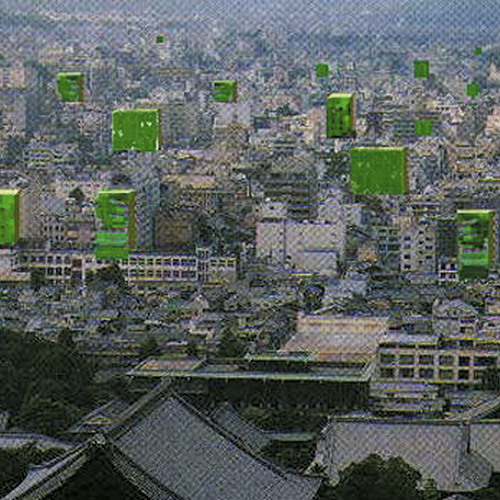 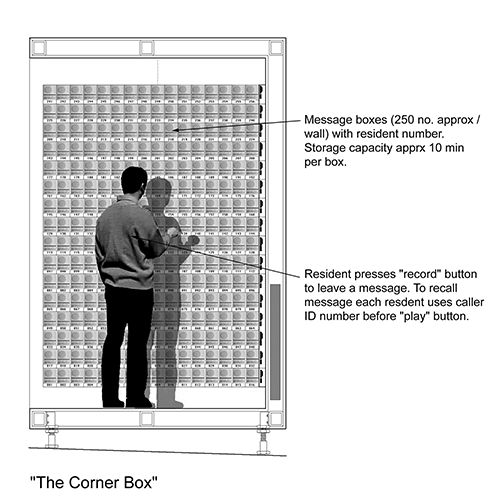 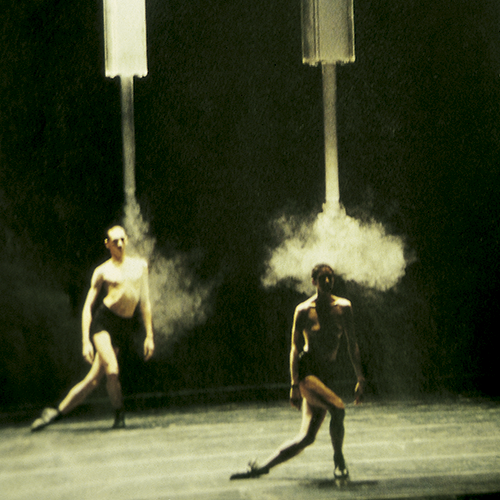 The room as I toucht it - Isidro Blasco 26

Campus Center of the Illinois Institute of Technology - Eisenman Architects 48