There is a building known as, "5 Pointz, Institute of Higher Burnin' ", between Jackson Avenue and Crane St., in Long Island City, Queens, New York, which has become the epicentre of Graffiti in the city. Its current owners, who were previously responsible for the "Fun Factory" center, allow its exterior and interior walls, and even the roof, to be painted, converting the place into an urban space where graffiti can be done on its walls legally; a place which has concentrated more than 600 artists from 8 states and 4 countries there, since it opened its doors a decade ago.

The activity of graffiti and its most elaborate expression allows us to walk by the scribbled-on, tattooed surfaces which, without us noticing, cover the walls and façades of our buildings, streets, and cities. That is why it is good to keep Leví-Strauss's words in mind: signs look like images due to their quality of concrete entities and like concepts due to their power of reference. Neither concepts nor signs refer solely to themselves; both can be substituted by other things. Concepts, however, have an unlimited capacity in this sense, which is not the case with signs.

Works with power of reference, as is the case with the mutated spaces and shadows which succeed in changing a place; spaces in which James Turrel applies his knowledge of light, interventions in space which do not change due to their carving, but due to the capacity of the artist to carve the light which impregnates them. The idea is to enable the viewer of a work of art or the visitor to a place to take it with them, to make it their own, thanks to the capacity of these actions to become part of the person's own experience.

In contrast with the unpolluted prisms of the modern movement in search of the absolute abstraction, and with minimal art, which appeared during the 60s, the 70s saw the initiation of a process of superimposition of layers, blends, mixtures, graffiti and intersection of forms and techniques which, both in architecture and art, have impregnated most current works, in an attempt to fill the works, buildings, and forms of artistic expression with concepts, and not only signs.

Some projects share this point of view, like the building recently opened in Germany, destined to house the library of the Technical University of Cottbus, a project by Herzog and De Meuron which also means one more step in the processes of silk-screen printing and engraving with different techniques which have characterised these architects' work in the last few years. In this case, it is a process opposite to that followed by Graffiti and Aerosol Art, evolutions that began with the first writers, done using spays to make the images more or less abstract. In this case, the façade of the Cottbus building, in its attempt to reflect the contents of its program, becomes a scribbled-on surface.

In contrast with this kind of building loaded with concepts, others appear with a large iconic content, designed as signs from their conception; a time when they all became images because of their quality as specific entities and are almost shown as concepts because of their power of reference. I am referring to the block of flats built in Madrid by MVRDV+Blanca Lleó for the EMV ( Empresa Municipal de la Vivienda).

However, this is not the main argument.  What is much more interesting than the explicit moving of the technique from street walls to architecture is the concept of time that goes by and is represented by works on street walls. The idea of transience, mutability and temporariness and the conscience with which these works are done represent some of the most suggestive aspects of the works. The mutant pieces by Swoon represent not only the appropriation of the street wall, abandoned wall or lost palisade, but also an appropriation of the time surroundings the work, a dialogue with the surrounding, with the time that goes by this space; something that is difficult to produce with such immediacy in architecture.

In this sense, it is important to point out acts of appropriation of time like those carried out in Malasaña and Alcalá de Henares by students from the respective public schools of architecture in the two cities and, on a different note, the building by Juan Navarro Baldeweg for Pompeu Fabra University in Barcelona, whose façade has a series of carved doodles on it, which are frozen and enlarged as if they were giant posters and the projection of its shadow lets the changes in natural light activate, on the building, some of the mutations that are also sought on walls by artists like J. Turrel or Swoon.

In the words of the New York artist, Swoon, her works could be summed up in the following way:  It's a thing about not sneaking around, not trying to make something illegal. Because you want to be open about your activities. We are just trying to create a discourse about what happens in the city. Whose walls are these? Who participates in these things? 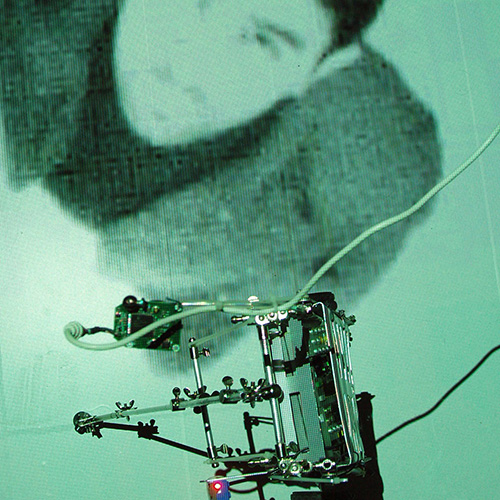 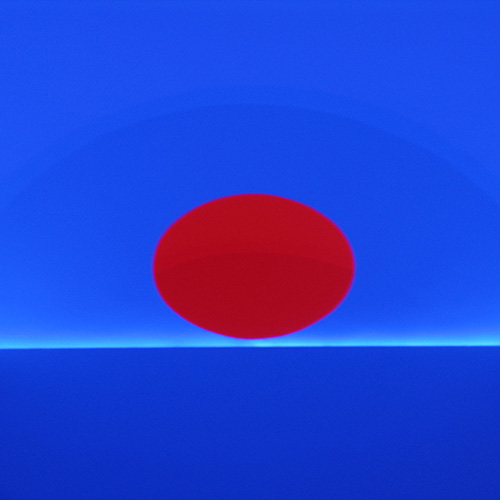 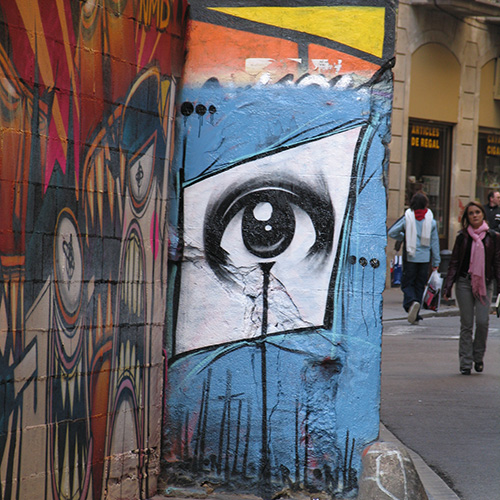 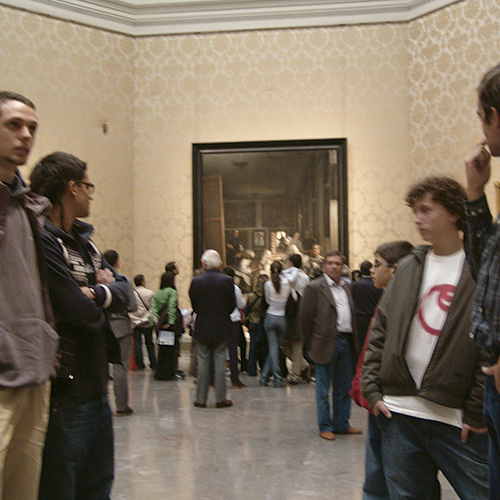 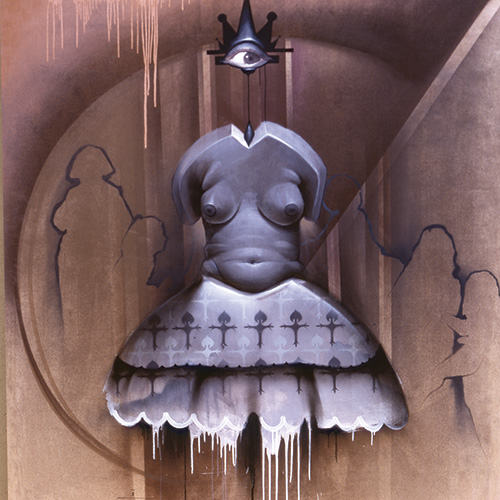 ABOUT GRAFFITI OR THE LOVE OF ART. F. SOMOZA 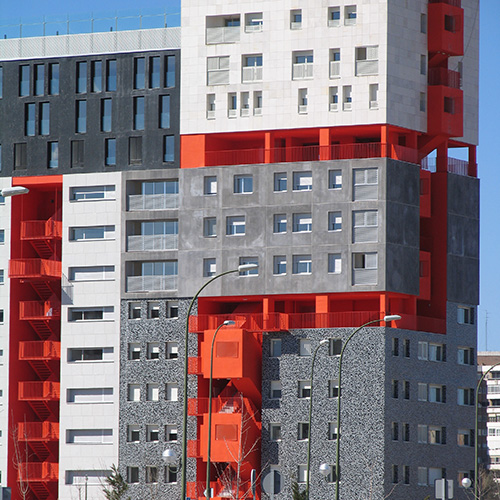 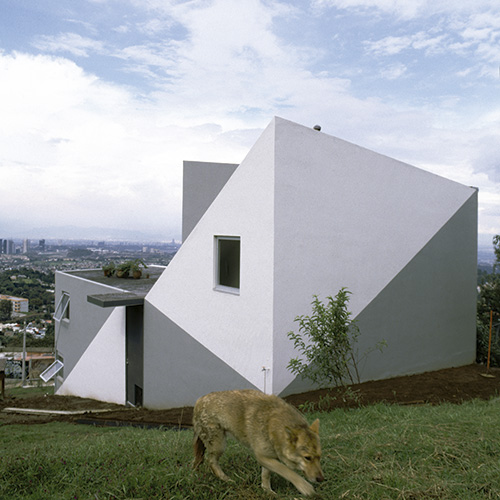 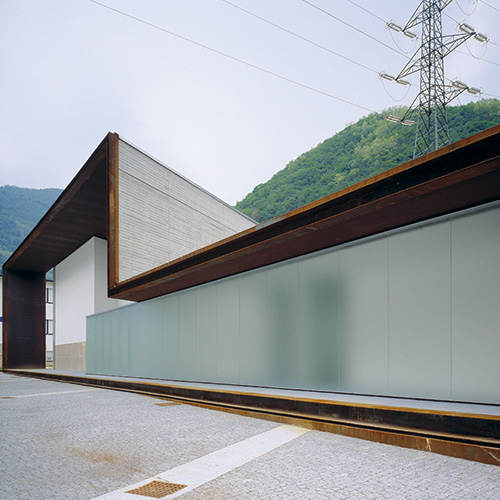 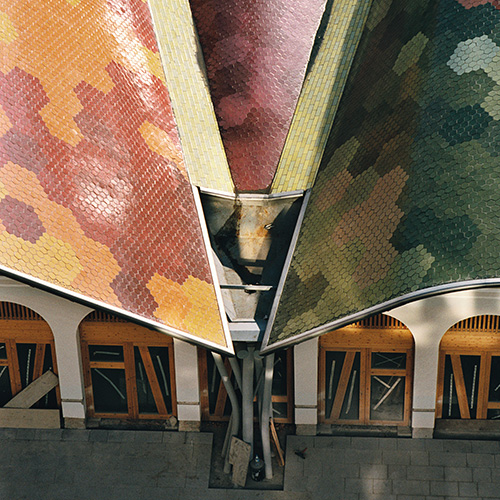 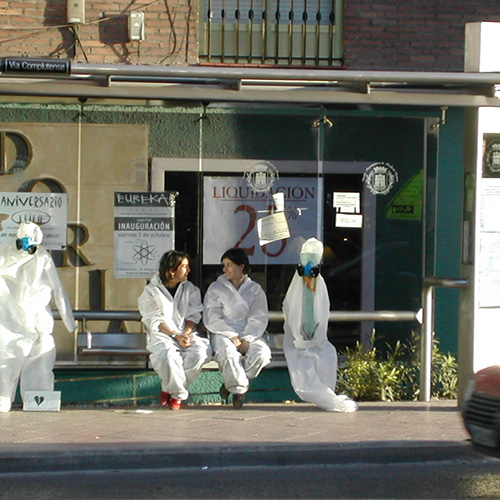 "THE LEGALIZED USE OF UNUSED SPACES" 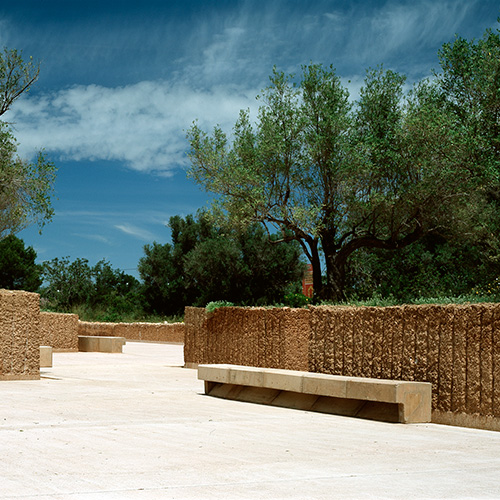 AA05. About Graffiti Or The Love Of Art - Francisco Somoza 42

A06. Departmental Building In The Ciutadella Area - Juan Navarro Baldeweg 54

A07. Treatment Of The Green Areas In Cap Roig. Taragona - Michèle & Miquel 58

A08. The Renovation Of The Public Spaces Of Arles Sur Tech - Michèle & Miquel 64

T01. How Easy Is To Build Difficult Architecture - Carlos Cachón 68

A021. "A Bottle-Building Installation: The Pin Trading Center Of Coca Cola" - Spiros Papadopoulos 170