When everyone thought that the idea of a "place" had taken second place, one of the main events in the world of architecture serves to give it back its place. For this reason it would be almost impossible to start this text without commenting on the "On site" exhibition in the MoMA in New York.

The exhibition, one of the most important events for Spanish architecture in recent years, has focused, as its subtitle, "On site: new architecture in Spain", clarifies, on the works which have been carried out in our territory recently.

The importance of the exhibition, its important thrust and its extraordinary recognition of the work of architects working in Spain, cause certain doubts. Independently of the selection carried out for this exhibition, which could have been different without leaving out significant architects and works, and which could have been done with a greater theoretical intensity, the reality of what is happening in our country makes a closer analysis necessary, as close as the one we can do when we approach the "place" in which the architectural project is crystallized. And, if we remember something when we see the exhibit>tion, it is, without a doubt, the "place".

If we look at the definition of "site" in the Oxford dictionary, it says "ground chosen or used for a town or building". The title could mean "on the place" or "in the place". Given its ambiguous nature referring to theoretical structure, it is perhaps this aspect which concerns us more if we review -it is not necessary to pay much attention- the newspapers and television to see what is happening "on the place" in which one of the greatest processes of colonization and speculation of the territory is taking place.

Publications like those of Greenpeace, "Destruction at all Cost", analyze the processes of construction on the Spanish coast, which are much greater than those of the 70's. The current ones are the result of a model of economic growth to which, the 1997 State Ground Law gave support or its legal starting signal. In "theory" the economy asked for it as a basic need, because constructive activity and our country's main industry could not stop without causing an economic halt. In addition, in "theory", this law could bring down housing prices.

The territory was shown and became that context or support space for the colonization and water proofing which the new cowboys of cement and bricks have been doing in recent years, without it meaning, in fact quite the opposite, the lowering of prices or the resolving or lessening of the problem of housing.

Faced with a panorama like this, the territory, or more correctly, the town planning of the territory, has been ignored in the exhibition. The absence of theoretical concreteness in the exhibition, in this aspect, does not make it clear if this responds to the anodyne result which 99% of new town-planned areas show. The exhibition has been shown as an accumulation of "volumes under the sun". The photographs and models say hardly anything about the "place" of architecture, of its territory, of its urban planning even, if you like, of the metropolitan nature of architecture.

Despite construction being the main industry of the country, Spain used to be one of the areas in the European Union with most virgin territory or nature. The compact, dense and complex structure of the cities had led one to speak of a Mediterranean city model, which was not diffuse, not of oil slick growth, which in spite of a few fissures, has only been breaking in recent years.

In spite of this and of the fact that the activity of architecture exhibited in New York does not even represent 1 % of the construction activity in our country, the reflection of a possible architecture makes one think that in Spain, if one does not understand this exhibition as architectures' swan's song but rather the culture medium of what is yet to come, we should congratulate ourselves because the exhibition demonstrates, like the tip of an iceberg, that the instruments and a good breeding ground of architects exist, so that things, if they are focused on in a different way, will be able to be done much better with the territory.

We all hope that what some consider a solid link with the land, now that the European funds are beginning to move away towards the new members of the Union, is really shown as a true link with the territory  through proposals that take root in the ground and not in the speculative development of infrastructures, instruments that should change from being veins of pollution of the territory to being a support which generates community life and dialogue with an environment which is not infinite and which we have to stop consuming as if it were inexhaustible.

Compared with the image of the Viollet-le-Duc' cabin, where stupefied men build the cabin in order to protect themselves from the place, I prefer the image of Laugier's hut, which takes the nature of the place as a reference for creating architecture. 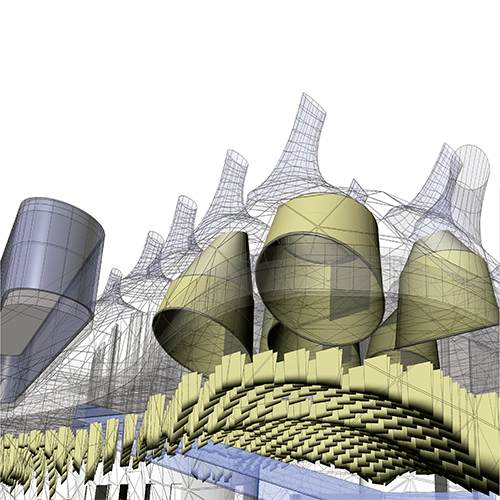 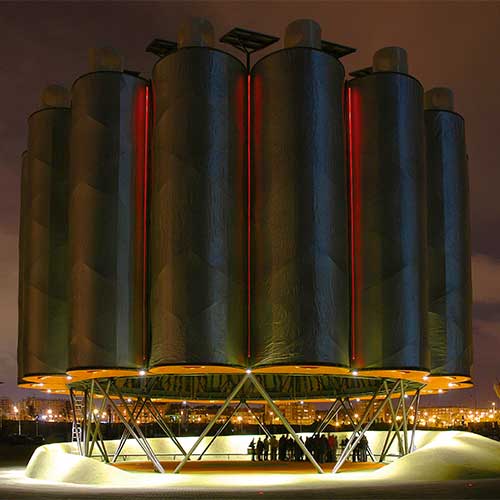 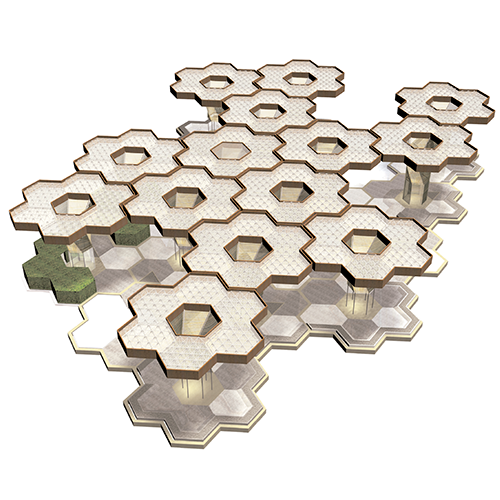 ORQUIDEORAMA. PROJECT FOR THE EXHIBITION OF ORCHIDS AND GARDENS. THE MEDELLIN BOTANICAL GARDEN. 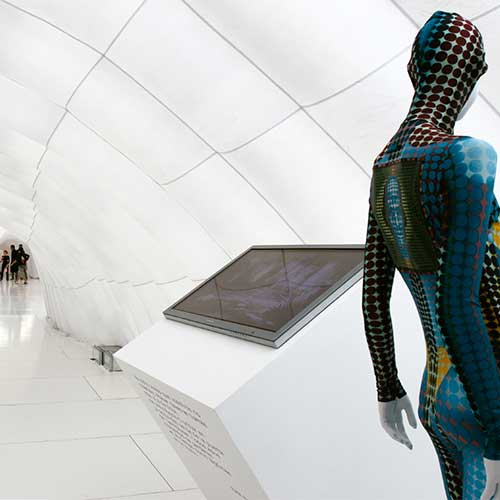 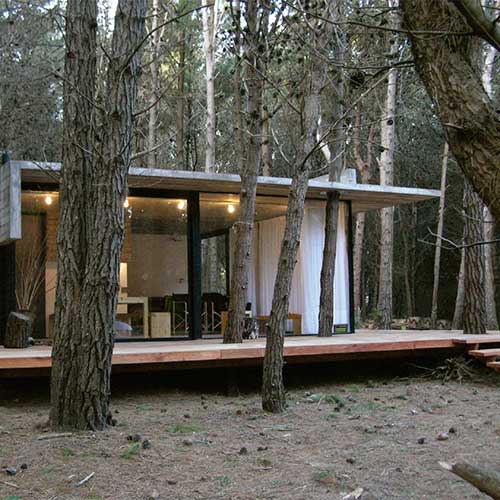 A SUMMER HOUSE IN THE MAR AZUL FOREST. BUENOS AIRES. 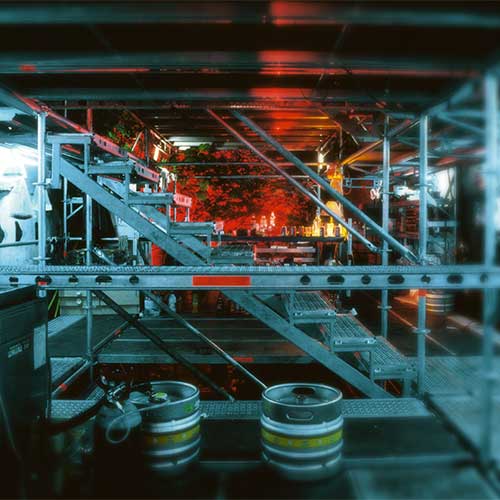 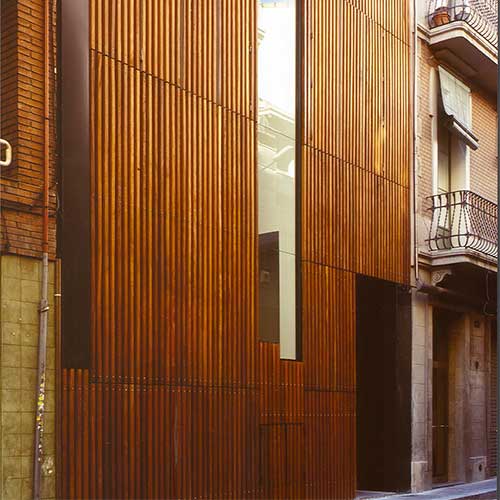 A05. Pneumatic Structure for the Met Festival. Barcelona - Vicente Sarrablo 66

A08. A Dwelling and Studio for a Painter. Cartagena. Murcia. - Martín Lejárraga 82